After 25 years of oblivion, this stunning Mercedes SL C107 has been lovingly refurbished thanks to the advice of a few experienced enthusiasts. And to the clinical eye of a future enthusiast

On the passenger side, the door handle shows some slight signs of deterioration. The other, however, is intact: the protruding part of the roof and the eaves of the Mercedes workshop where the car remained outdoors for three years protected it. Yes, because the driver’s side, flanked by a wall, has been kept a bit better. However, the Star in the mask was not received: when the current owner took possession of this beautiful German with a mysterious past, the part was damaged. And the temporary replacement of the logo will now be the icing on the cake of a restoration that was complete for the bodywork. 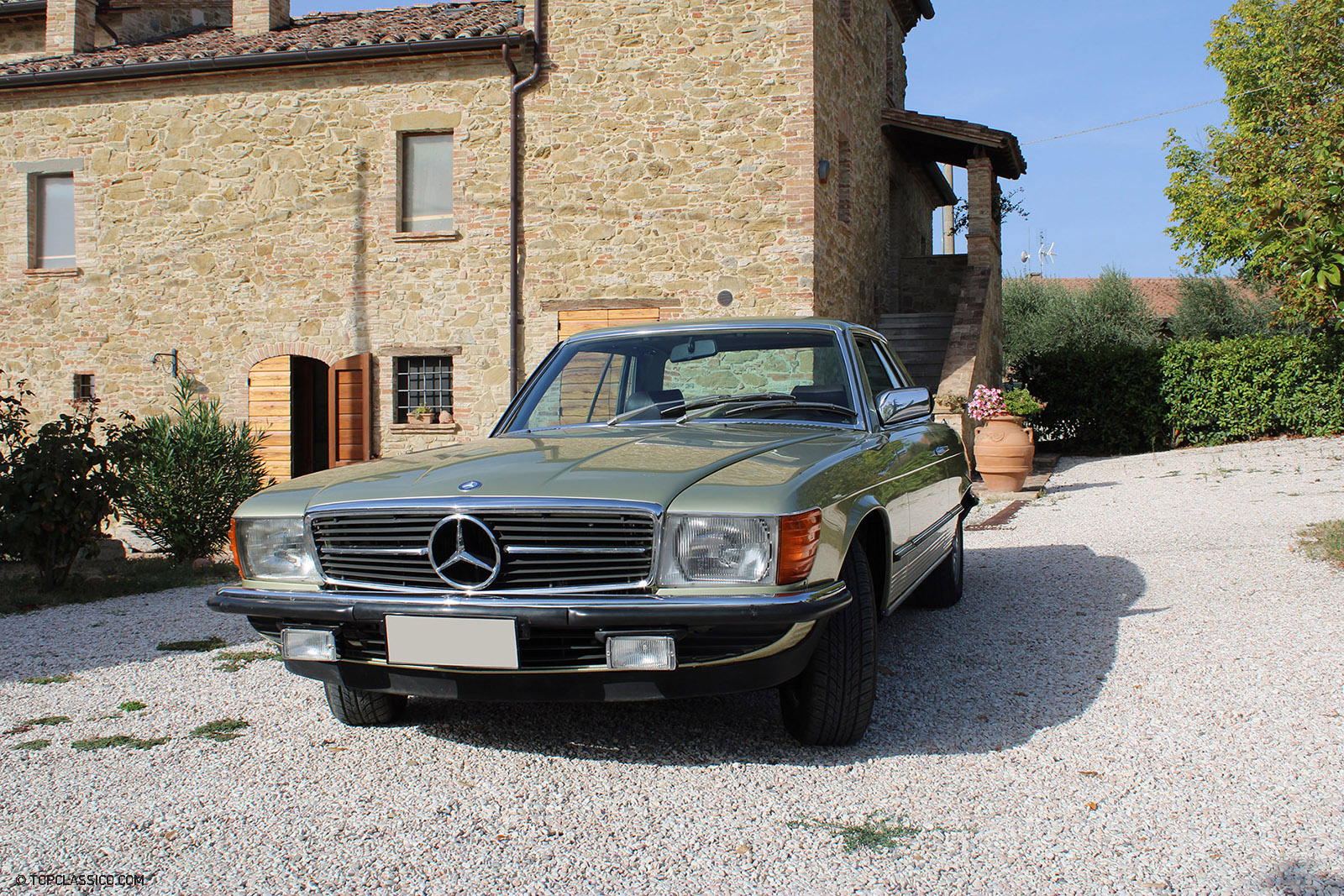 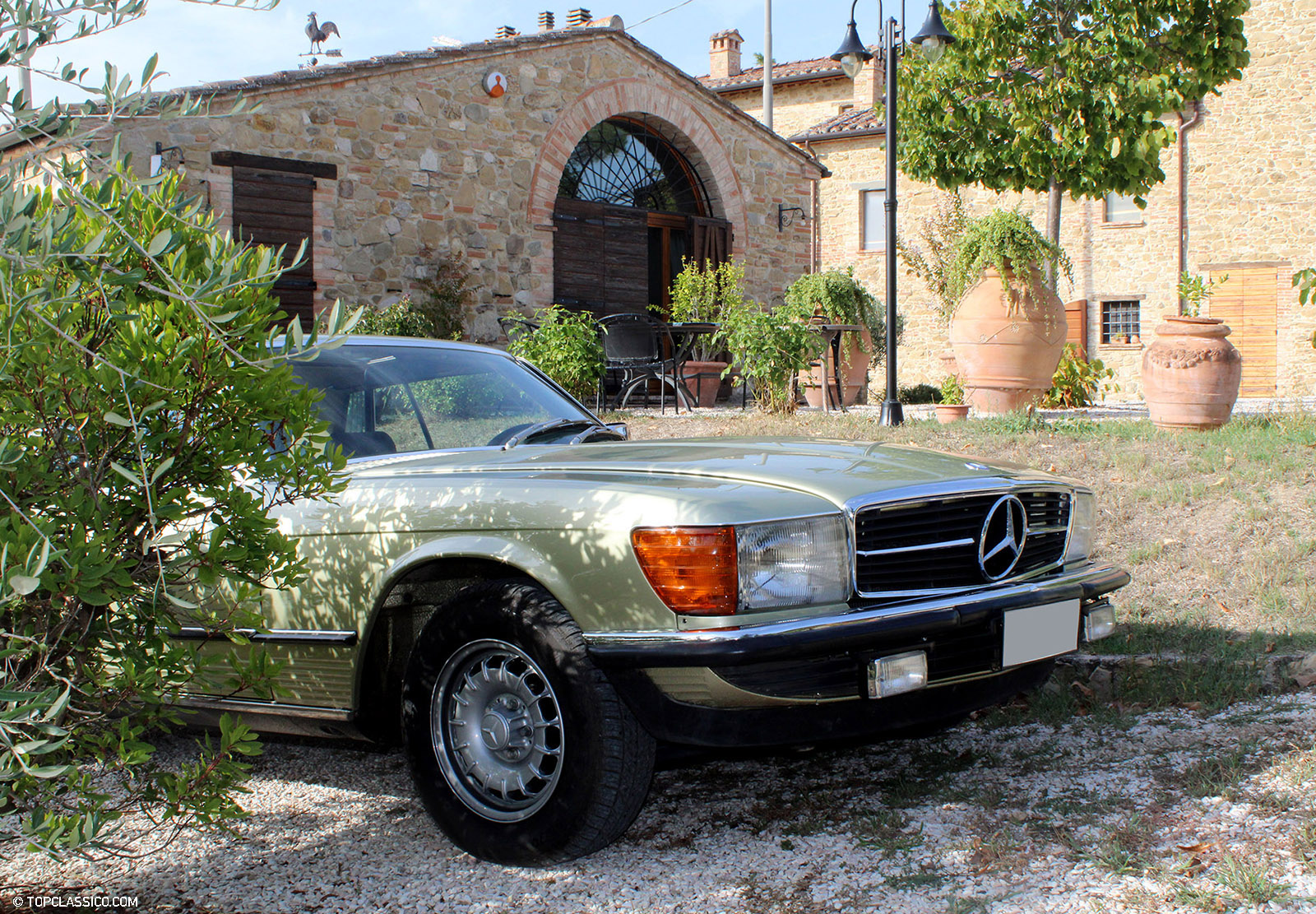 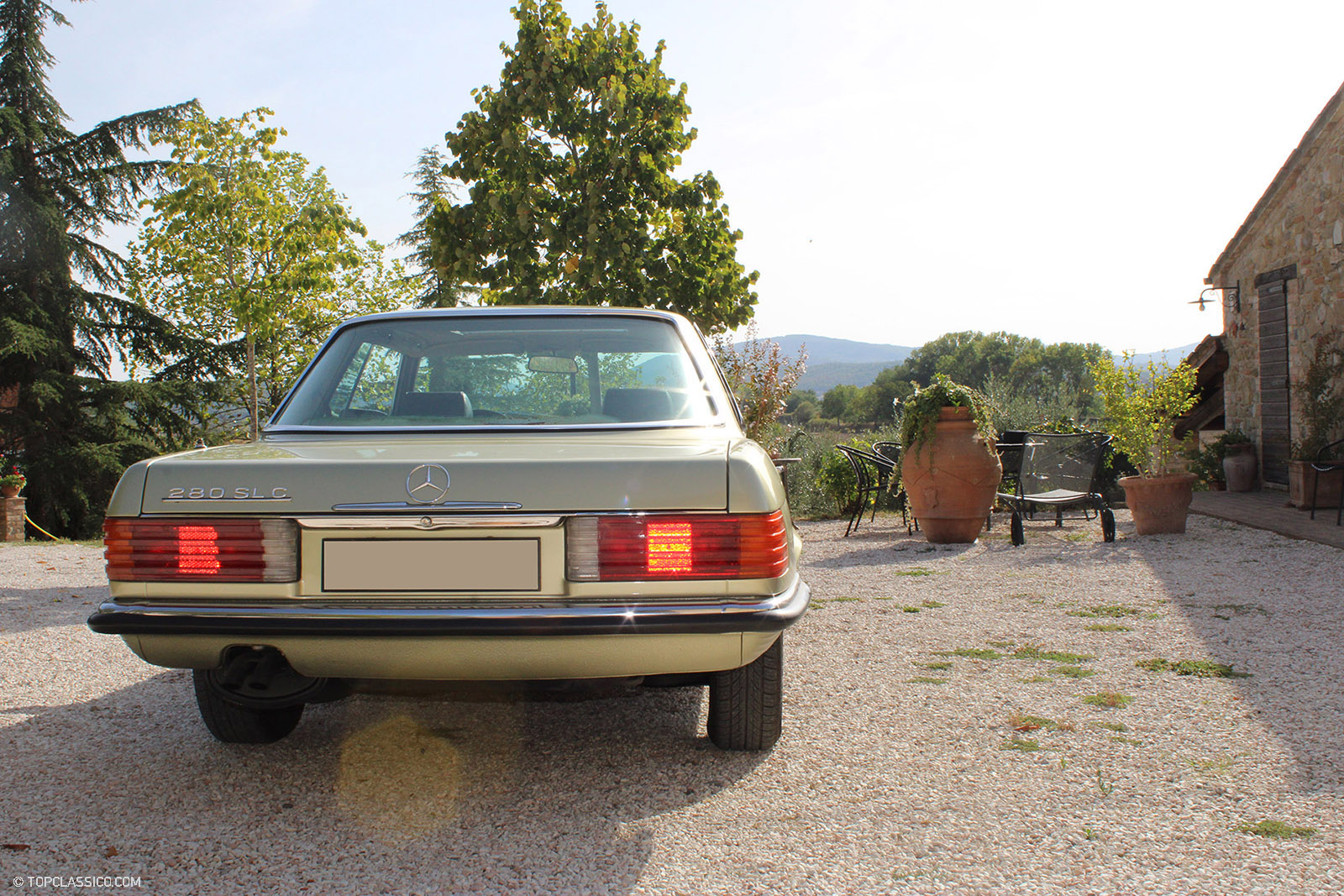 “I knew more or less how to regulate myself with this Mercedes 280SLC as it is the same as another SL I have, a Roadster. The only difference is the rear windshield and the roof, which here can be opened”, points out the current owner. “First of all, an excellent technician from the workshop where the Coupé was, made it go and I must say that it didn’t take much: he changed the spark plugs, the fuel filter and cleaned the injection heads. Stop. A minimum of work for a car that has stood still for over twenty years. It started immediately and since the engine started immediately, it seemed like the last time was an hour earlier”. At that point the car passed into the hands of ultra-trusted coachbuilder: “There was rust in the classic points of the model, such as the wheel arches and sills, which we fixed and changed. For the rest, the body has been completely brought back to sheet metal, so the amount of filler it now has is equal to that of a new car, which means zero”, continues the owner. “Some parts have been changed, for example a headlight profile, but very few things. The chrome is also all original, it has only been polished. As for the interior, I had the upper horizontal part of the rear seat reupholstered”. 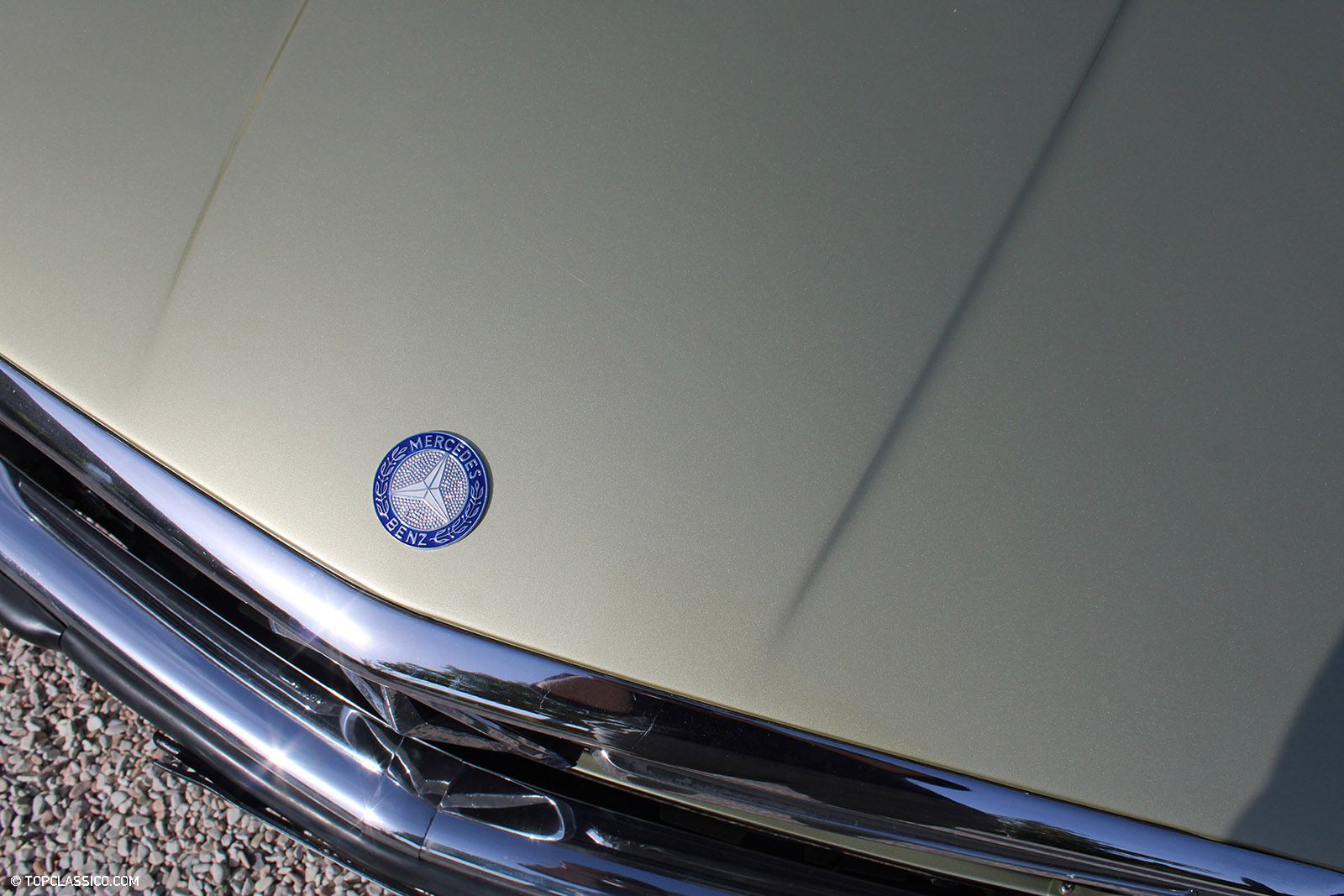 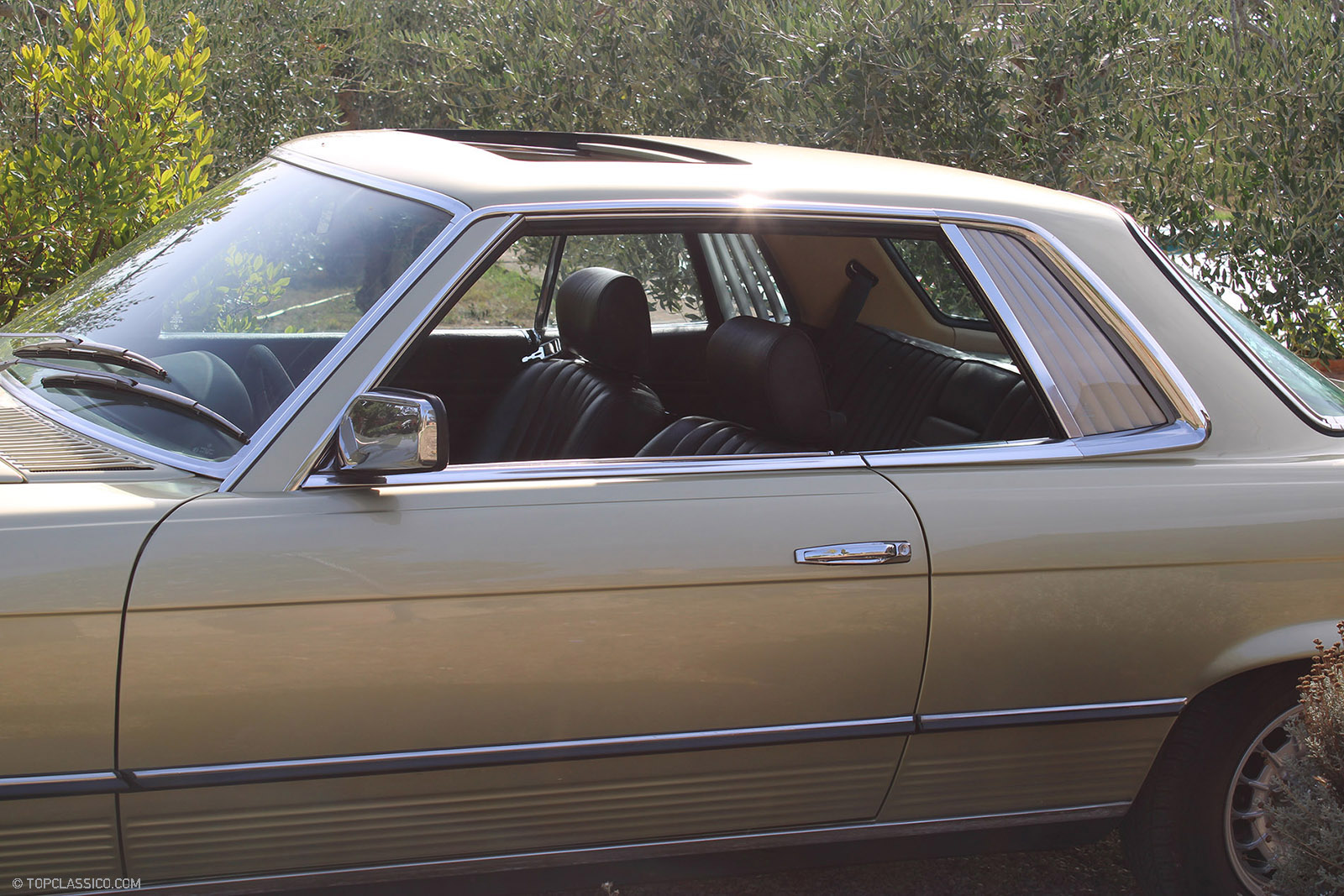 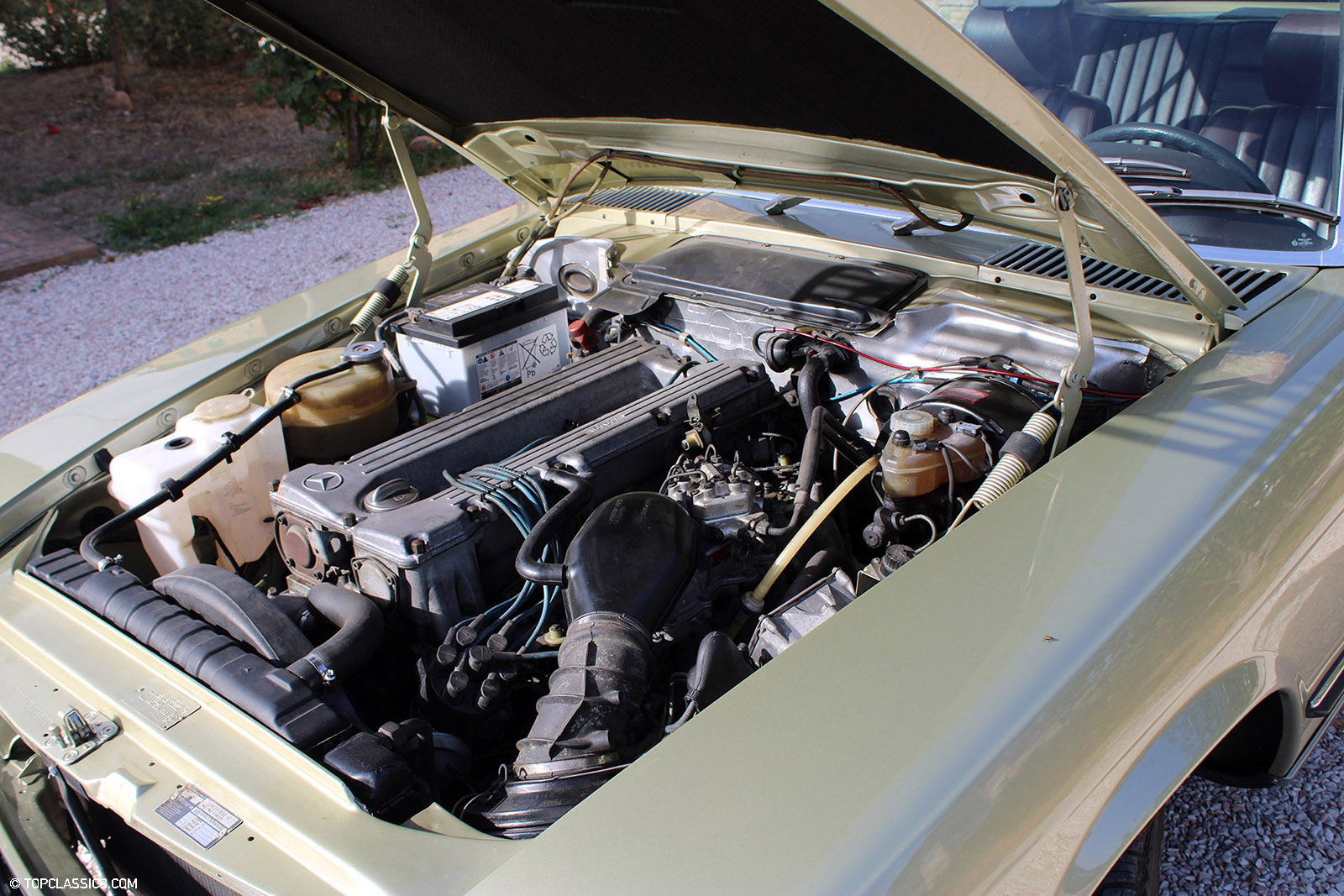 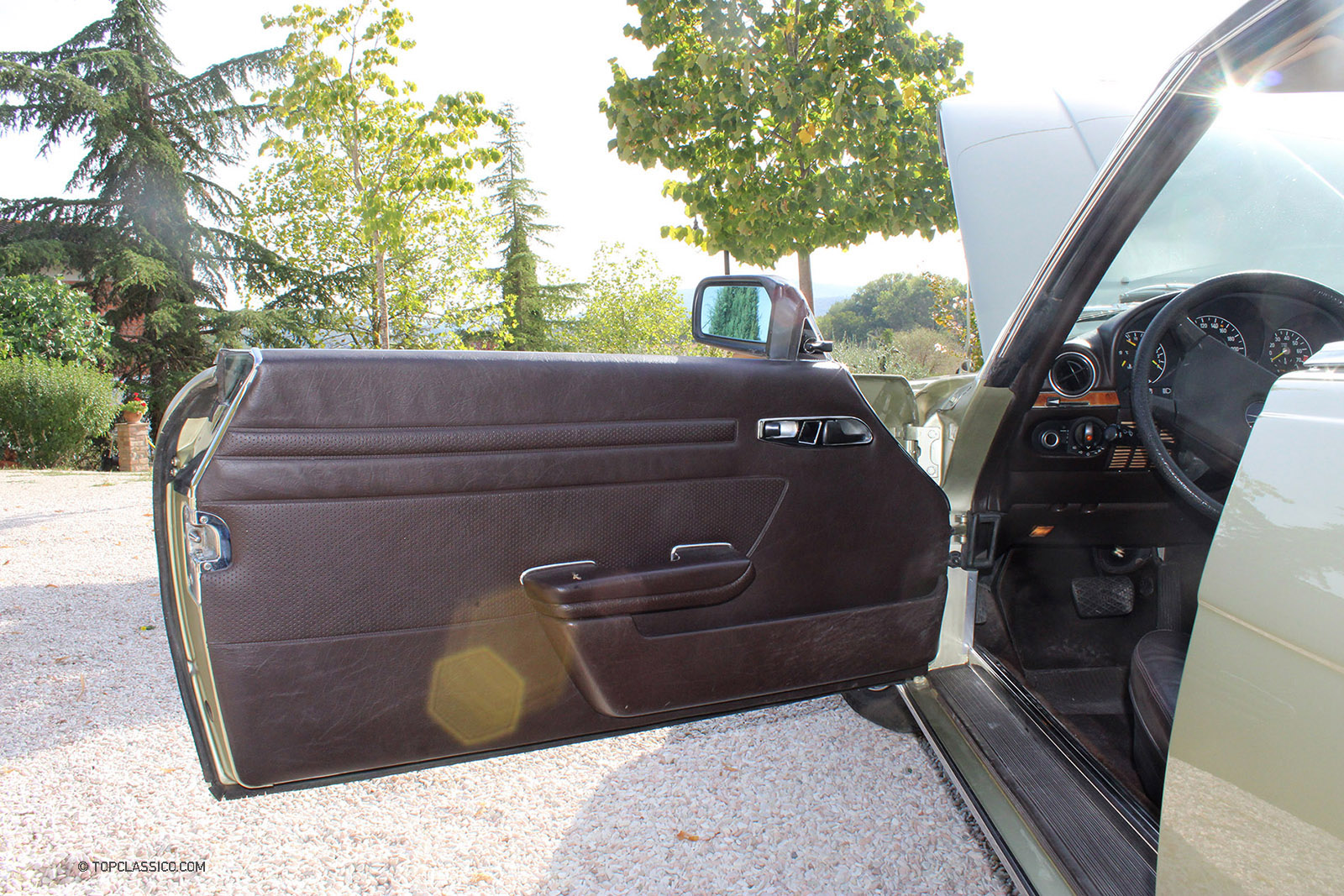 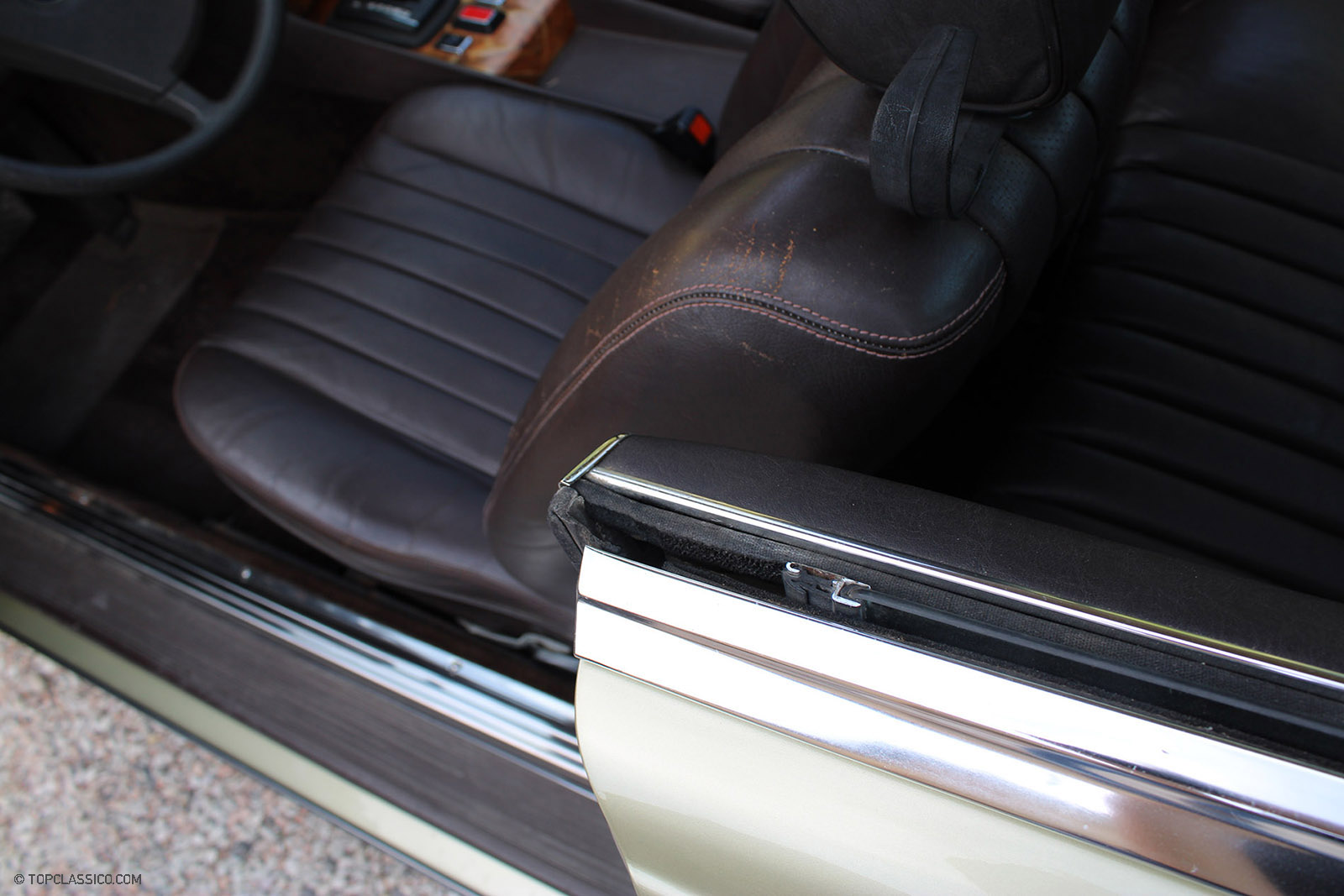 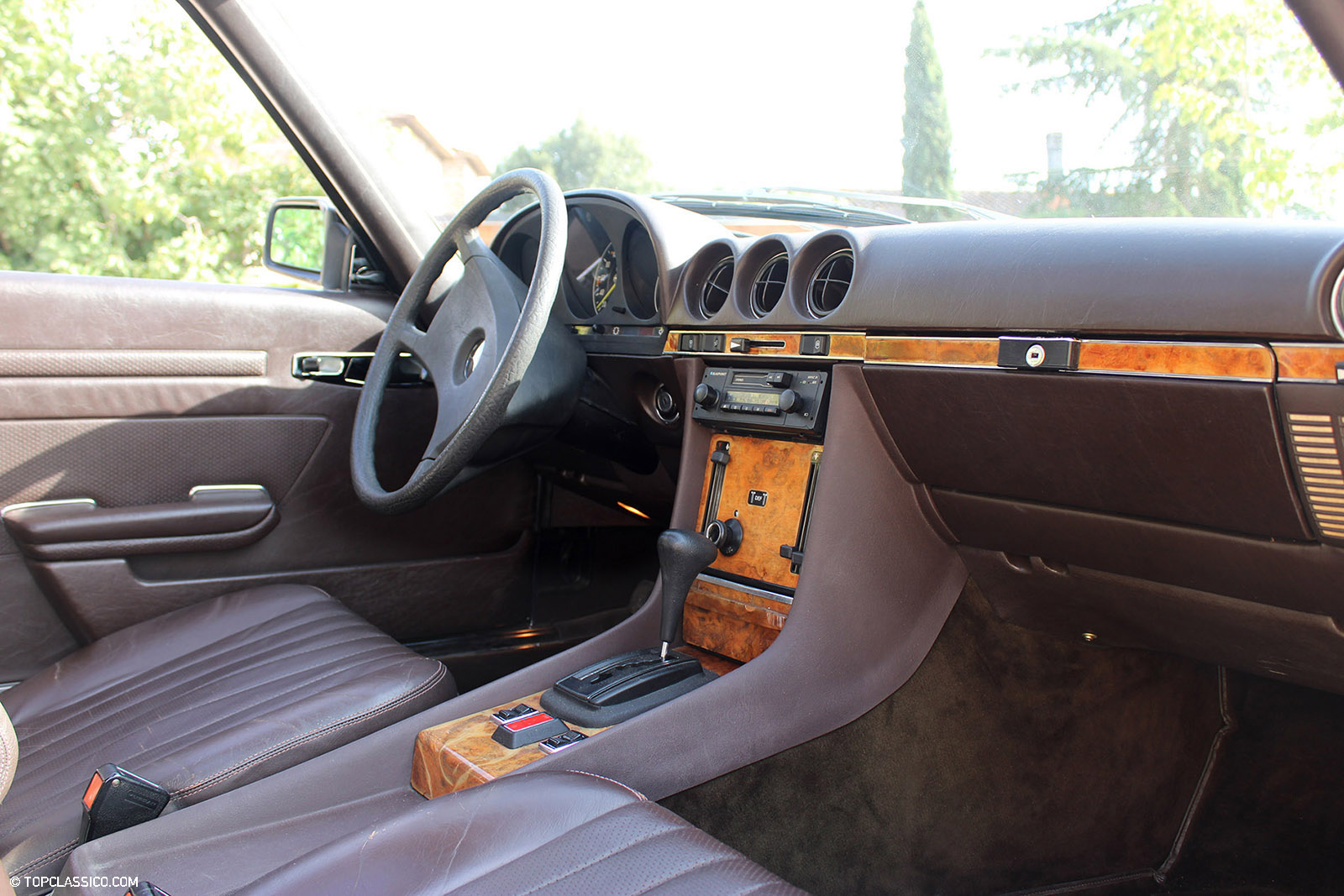 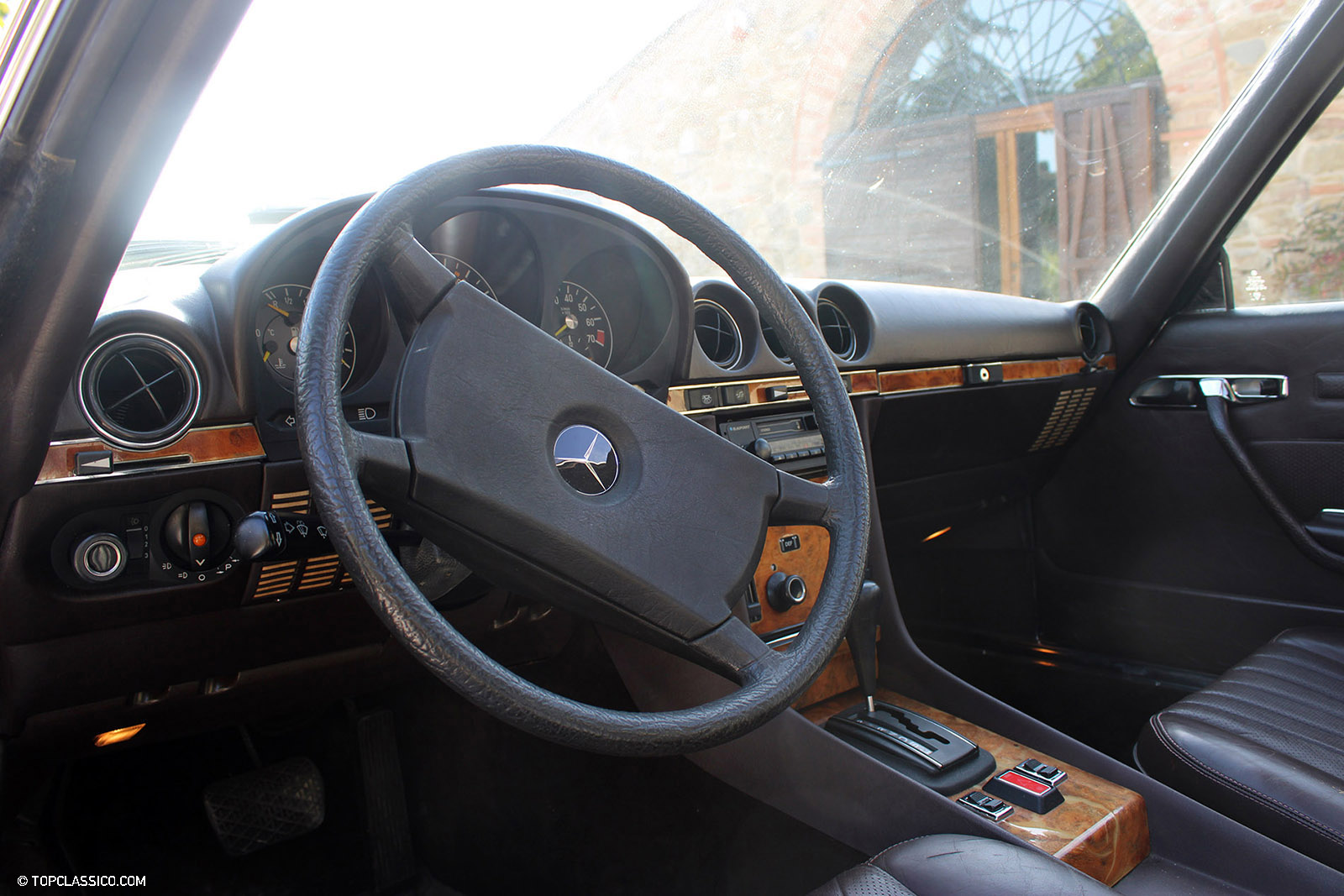 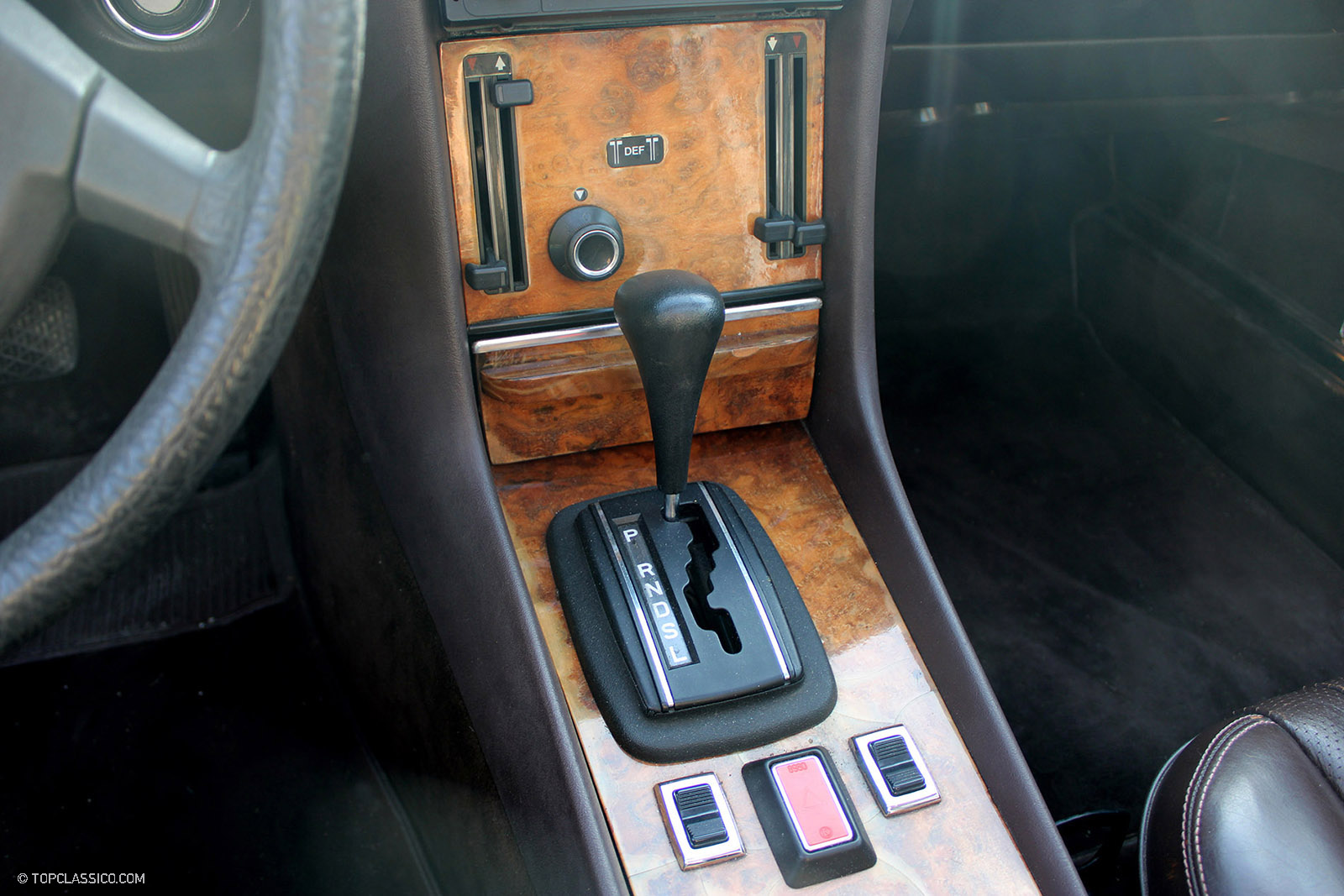 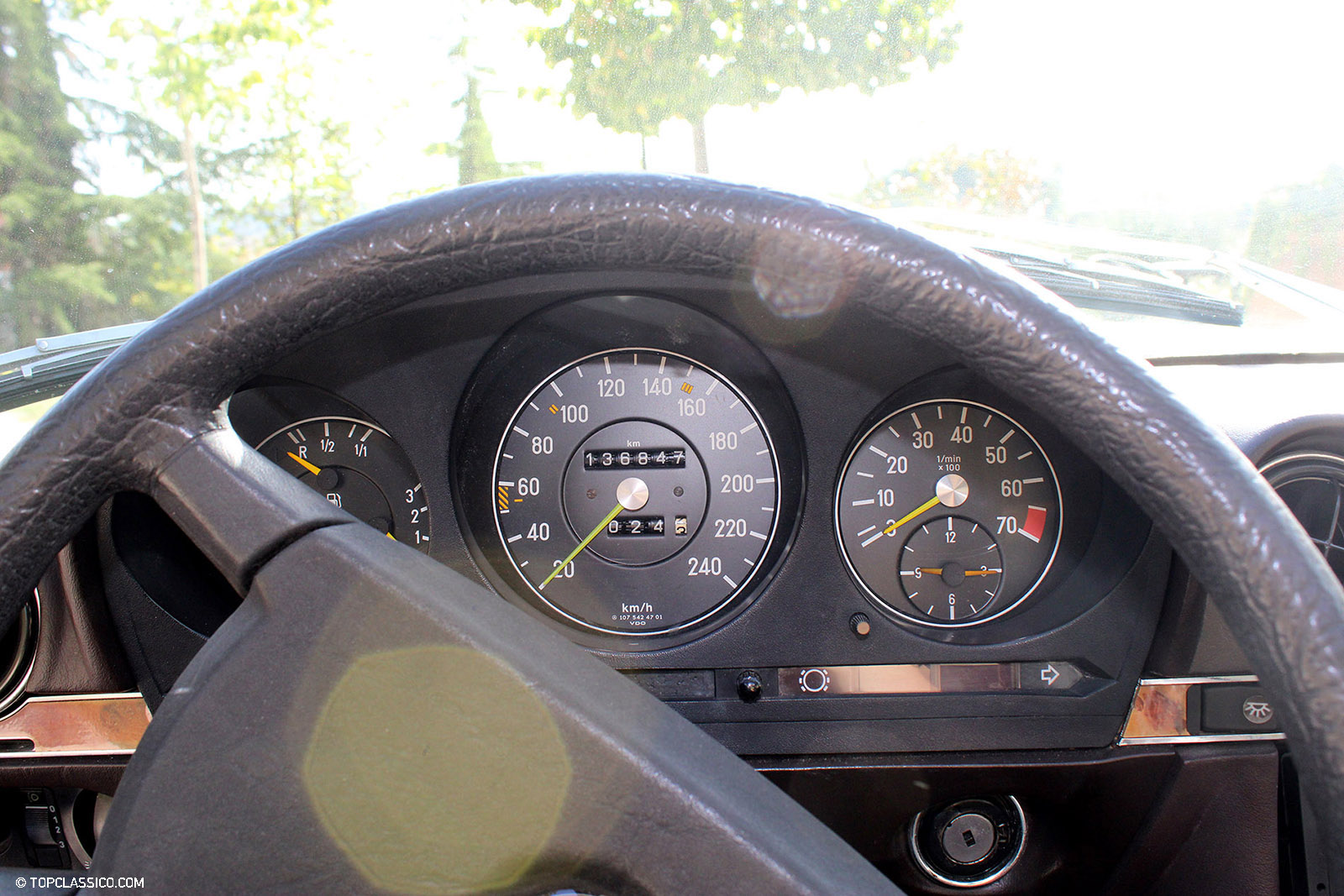 Also for the engine, the Mercedes 110 two-shaft six-cylinder in-line (185 HP), with automatic transmission, a general overhaul was made but few works. Oil, filters and fuel lines have been replaced, as well as the brake lines. “The gearbox was then overhauled and since the differential was noisy I had a bearing replaced,” explains the enthusiast. Who states: “I have to thank several people who helped me with the details. They provided the color codes of the Venetian blinds, light alloy wheels, door sills and the interior of the trunk, which is a particular matte black: these are all very difficult information to find. So, in addition to my commitment, I want to underline the importance of the know-how of collaborators and friends who are part of clubs dedicated to SL that are very present in Italy. When the car was reassembled, I used to send them photos and they suggested me to check various points centimeter by centimeter“. 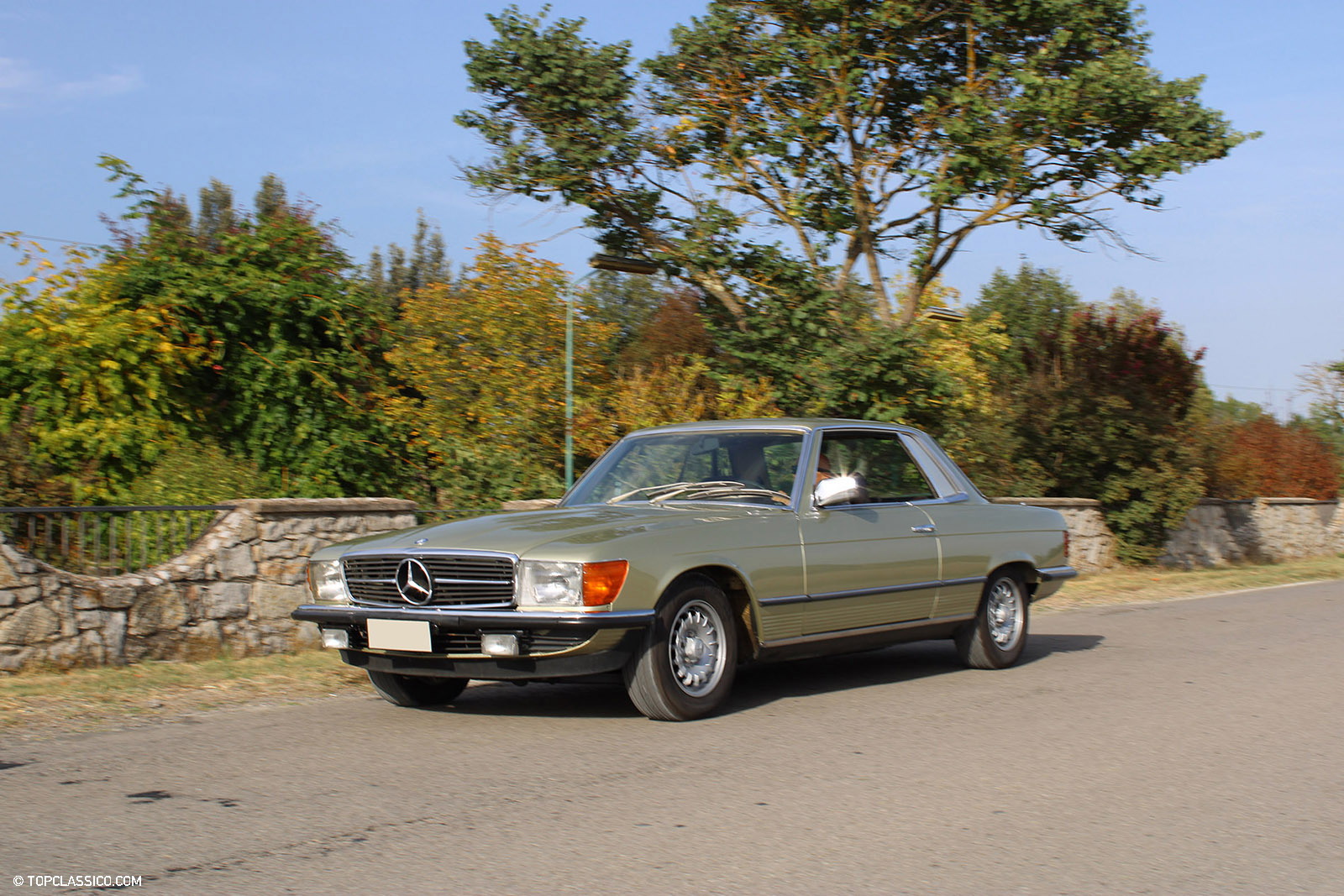 Born from a vision of Salvatore Ruffino, this Triumph Italia is a dream that continues to renew itself 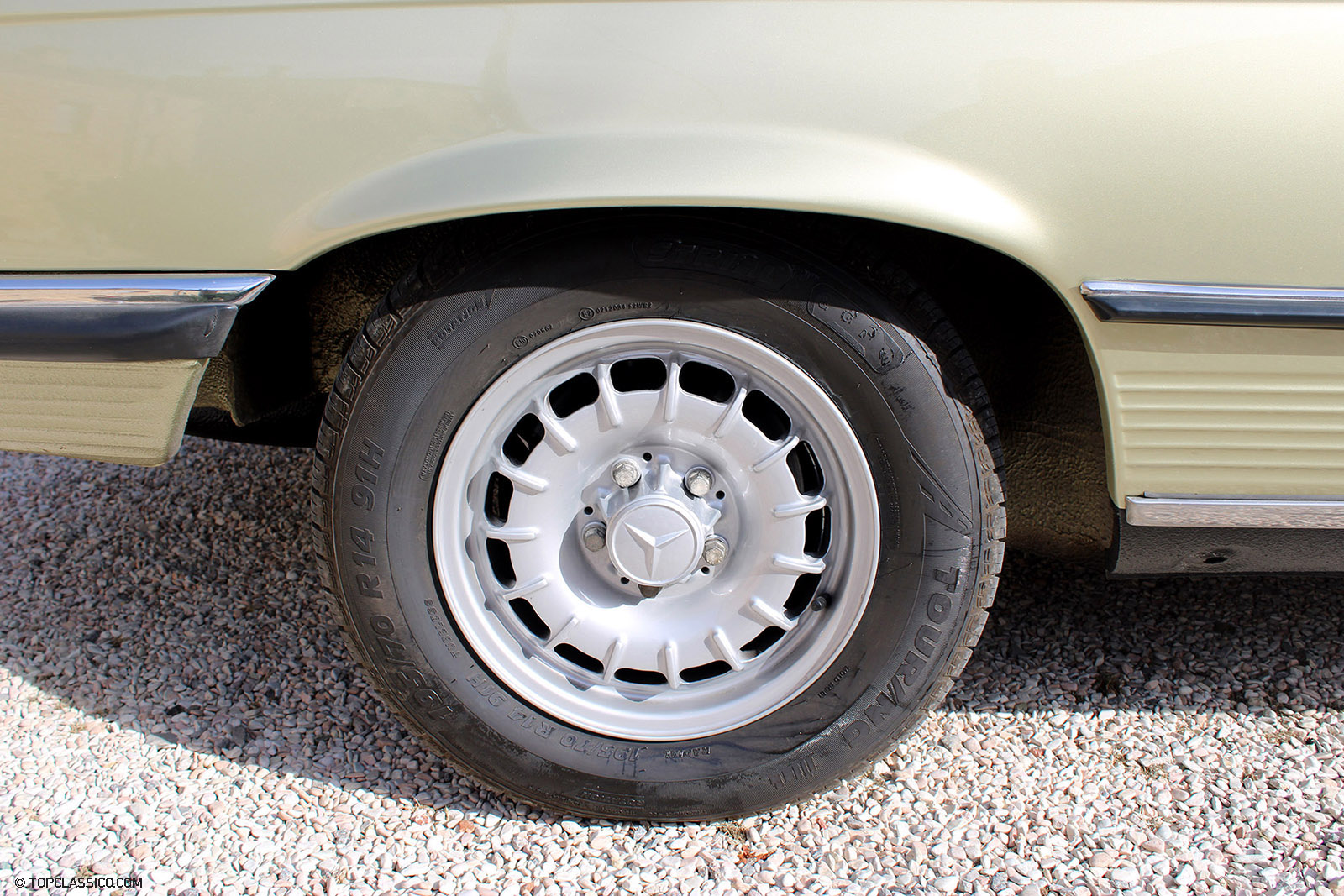 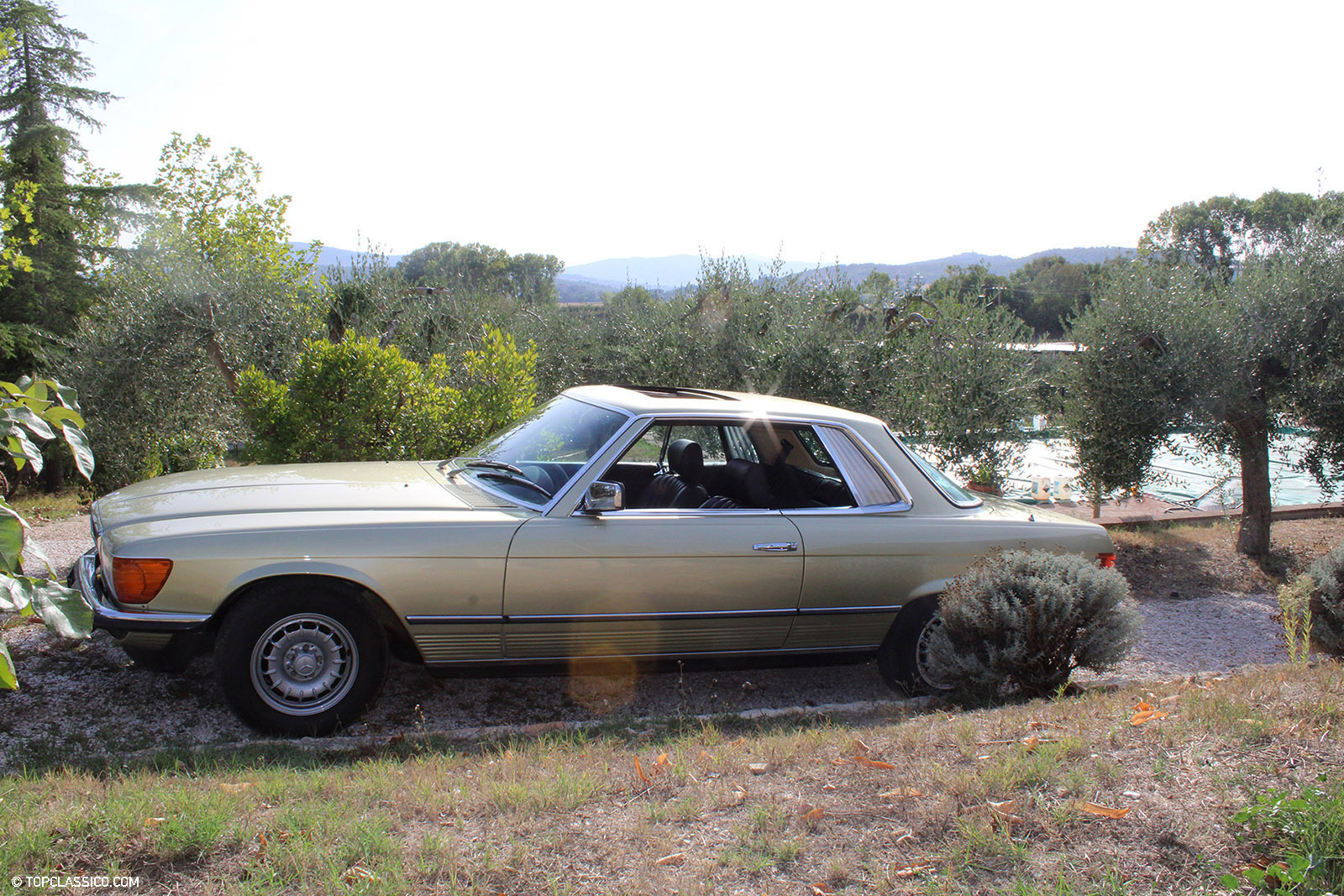 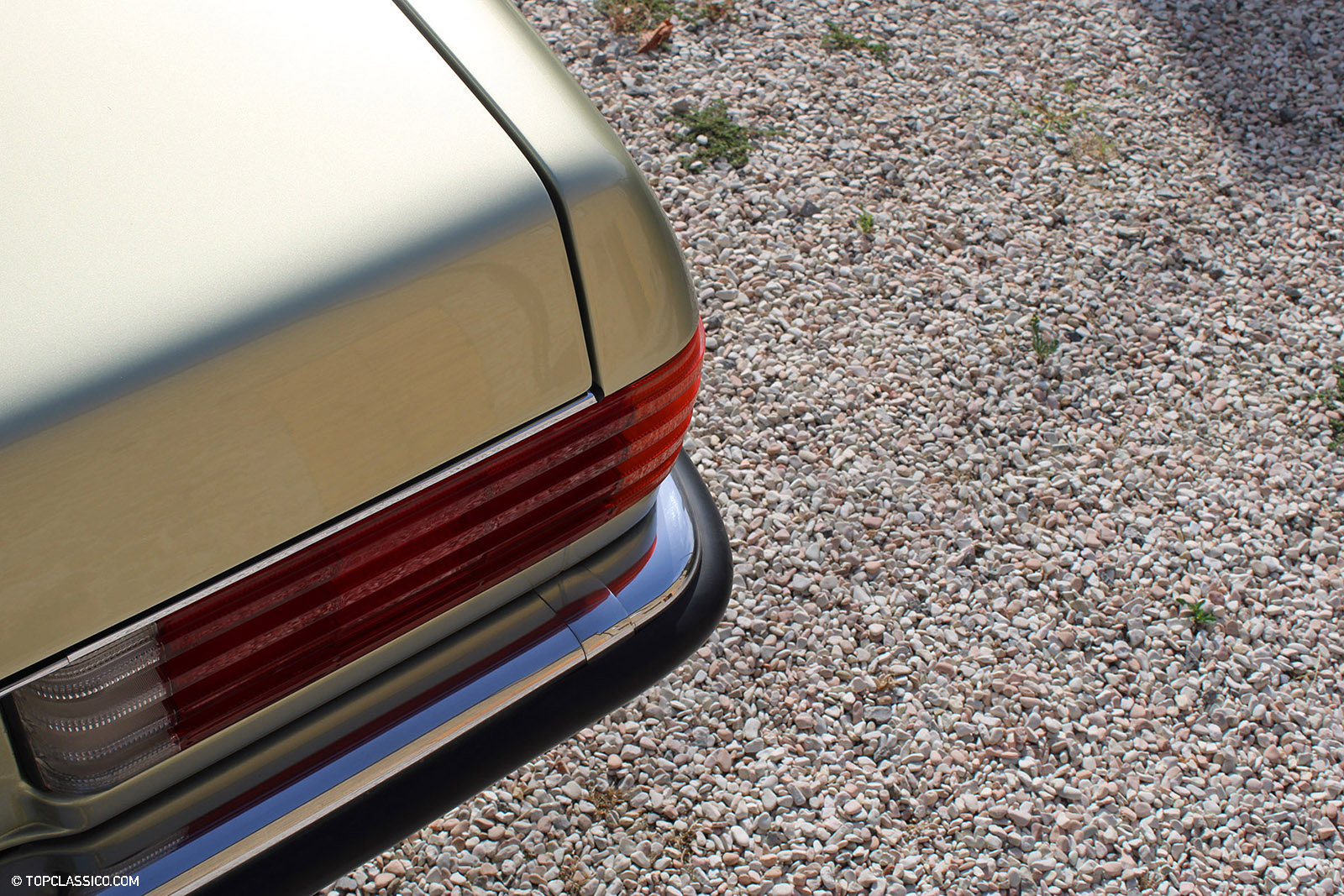 Why was this wonder left out of that shed and why wasn’t it recovered sooner? Built in 1980, the C107 was imported to Italy from Germany a decade later and, in 1995, following a couple of changes of ownership, it ended up seized by the Italian financial police. So it started a period of storage in a warehouse until 2017, until it found a buyer. They placed it near the Mercedes service waiting to restart it. Because in fact no one knew the conditions, when it was confiscated it was not marching. “An attempt to put it in motion last year the owner tried to do it but there was nothing to do”, says the current caretaker, who in the meantime was fascinated by the color of the car, which tends to change with gold – green SilberDistel Metallic, cod. 881. “And since at that time I often went to the workshop with my nephew, who always asked me to go and see that abandoned Mercedes, I decided after a while to buy it to make him happy as well”.

We can say that the example was recovered thanks to Filippo, an 8-year-old with a lively eye who was able to see the twinkling of a star under the blanket of dust and decay. For his grandfather, an enthusiast who already owned seven cars of the Stuttgart company (including four historic ones), the step towards number eight was short. It is no coincidence that he frequented the specialized workshop, wherehe did not fail to bring the very young lever. A blond who already shows a good sensitivity towards vintage cars and in particular would like to save all those in bad shape. Of the C107, needless to say, he followed the recovery phases, almost every day he was brought to visit the works. When we say a question of DNA.