Fifteen events of international caliber make up the second season of ASI Circuito Tricolore: an ambitious format born in 2021 that enriches the calendar of enthusiasts with the aim of promoting knowledge and enhancement of the territories through dynamic historical motorsport combined with what all the world envies us: that incomparable mix made up of made in Italy excellence such as landscape and architectural beauties, food and wine, cultural proposals, good living.

ASI Circuito Tricolore is a series of events that finalizes the most recent memoranda of understanding that the Italian Historical Automotoclub has signed with important national institutions, such as the Benessere Italia control room of the Presidency of the Council of Ministers, the Ministries of Culture and Tourism, the ANCI which brings together the Italian municipalities, the City of Motors Association, the General States of the Italian Heritage. An experience that contributes to the development of the country system starting from the territory and from the highest values ​​expressed by historical motorsport. 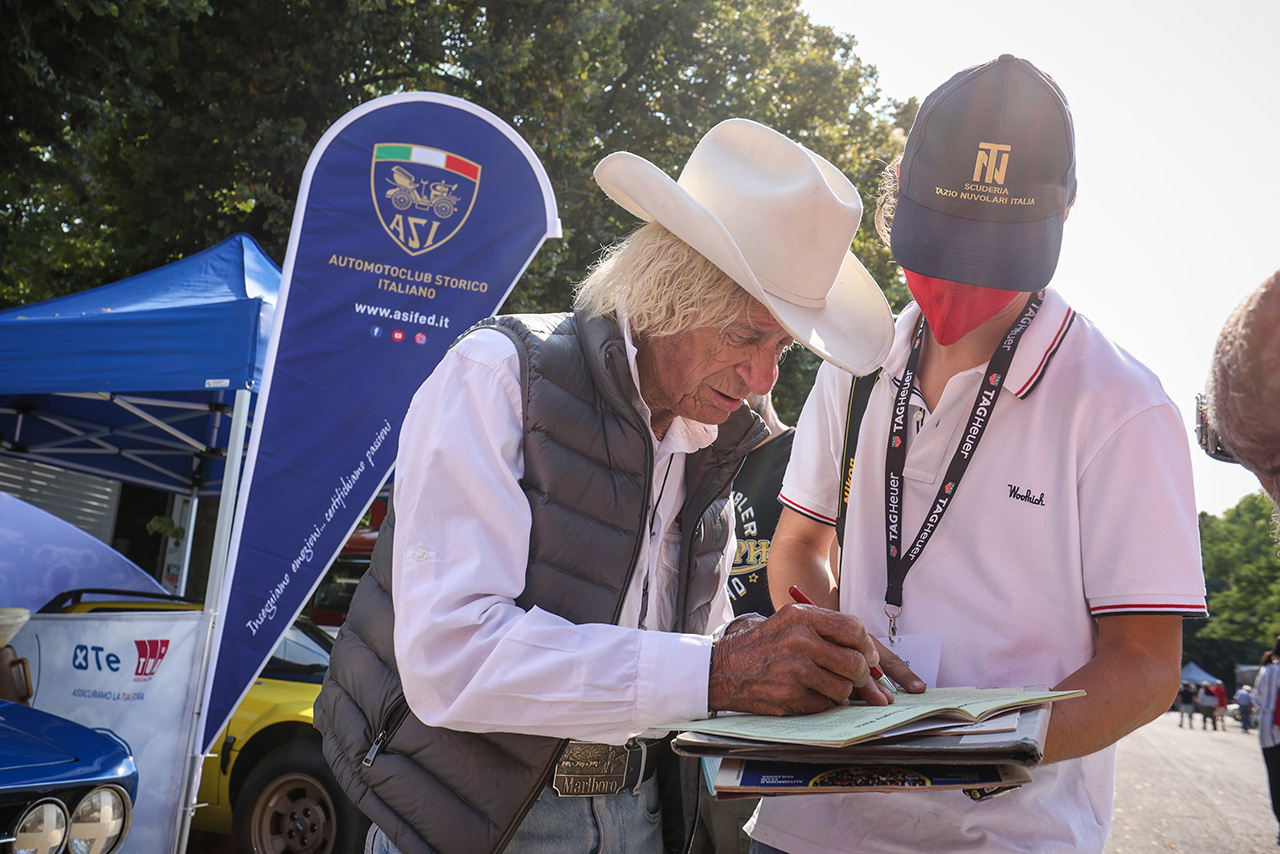 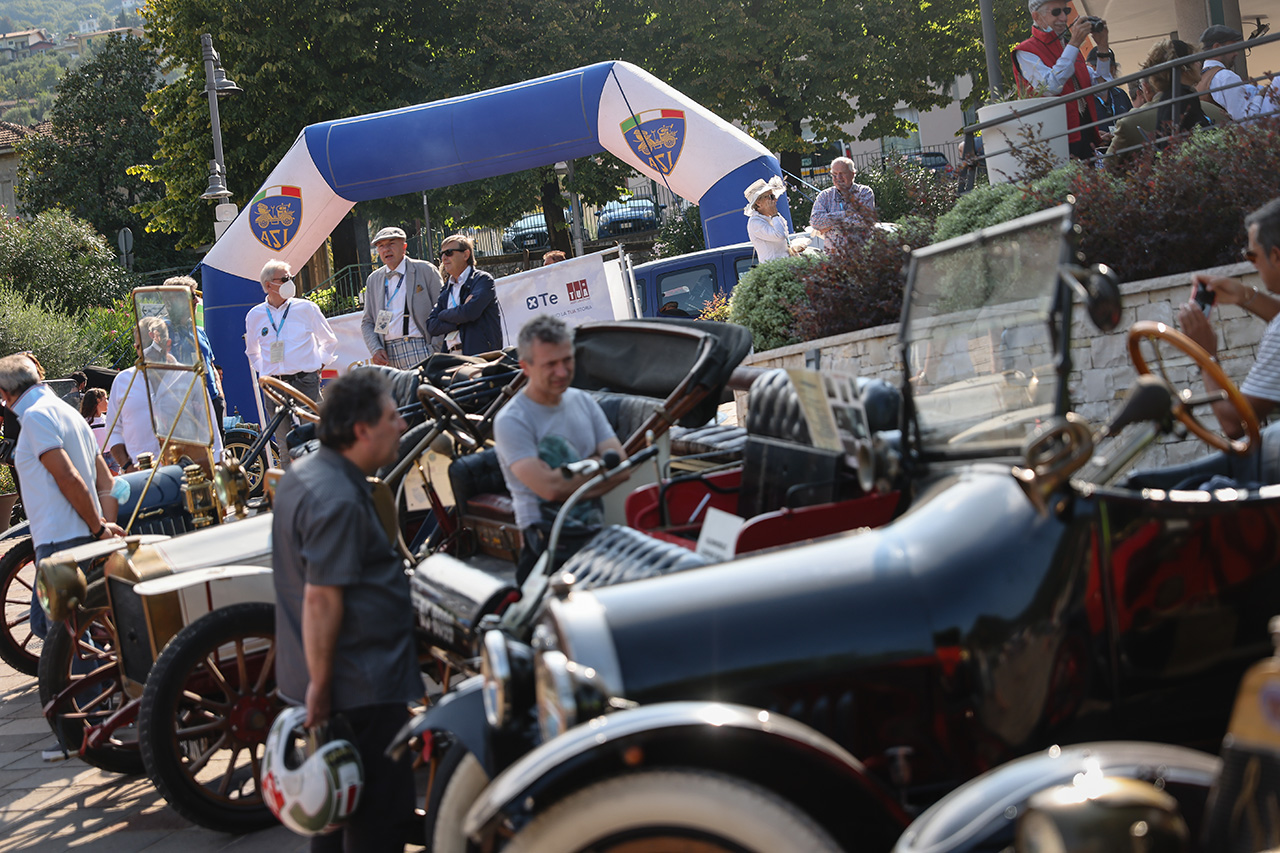 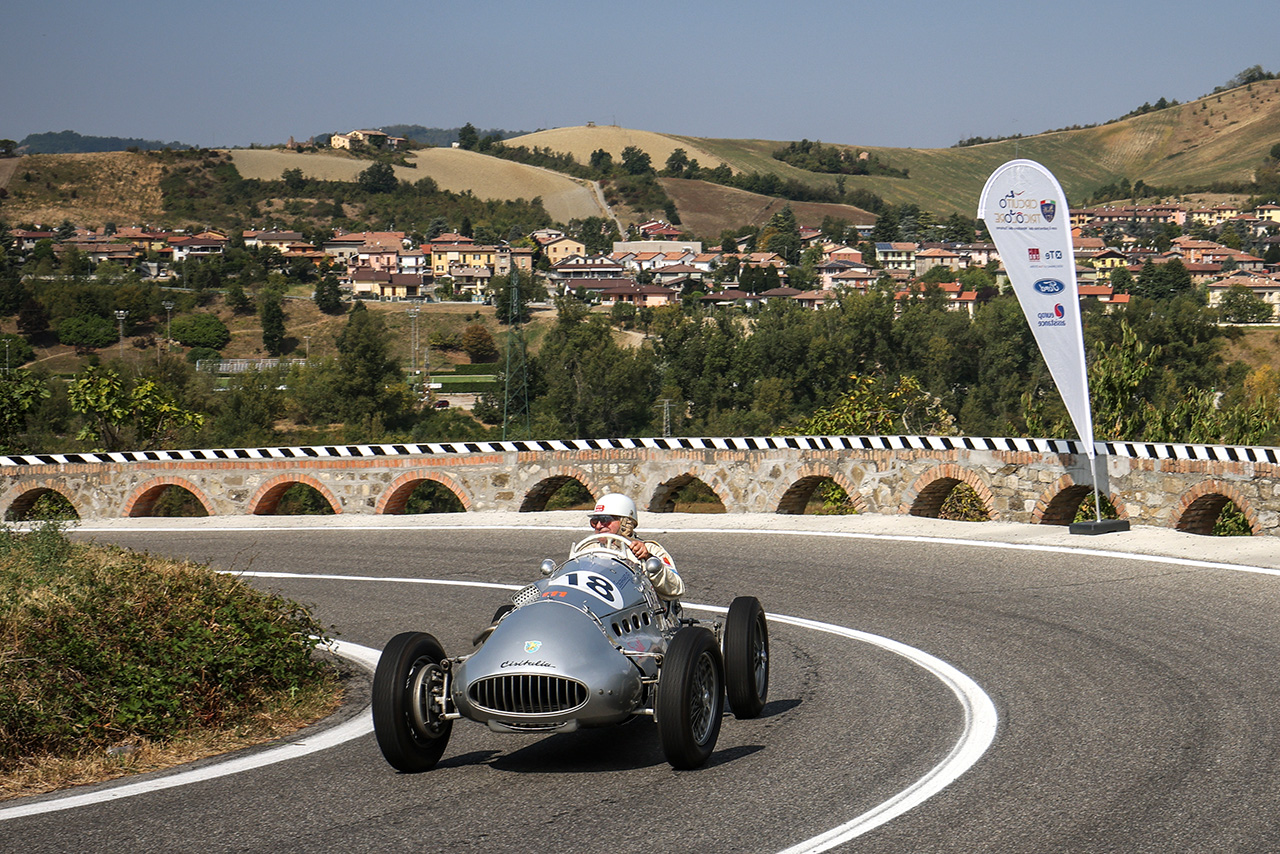 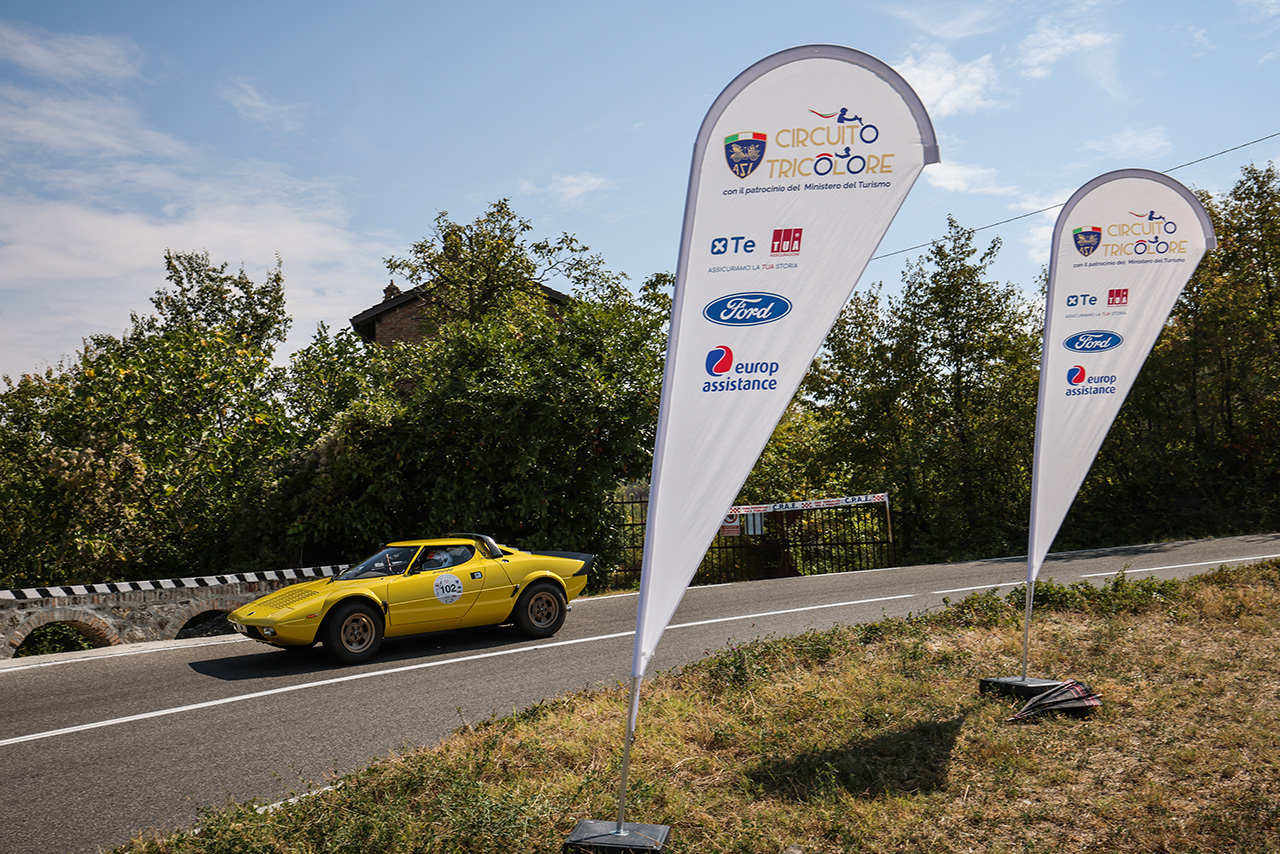 The events that are part of ASI Circuito Tricolore are all organized by the ASI Federated Clubs, the associations that every year organize over 3 thousand events throughout Italy, transforming historic motoring into an opportunity for tourism promotion and a tool for social and cultural development. ASI Circuito Tricolore is a colorful bouquet made up of car and motorcycle events located in the North, Center and South of Italy, each with its own specific characteristics: an extraordinary kaleidoscope signed by ASI and lived with passion by the participants.

Events across Italy for all tastes

The event was born in 1990 with the idea of creating an event linked to historic motoring, knowledge of the territory (the Po Delta), gastronomy and culture and even today the formula, unaltered, continues to reap success and consensus. . Valli e nebbie offers a never-before-seen fleet of cars, great general elegance and refinement of hospitality. Combining the pleasure of driving your own historical vehicle with that of being able to visit places rich in history and culture is the spirit that has inspired the Ferrarese organizers of Valli e Nebbie since its inception. 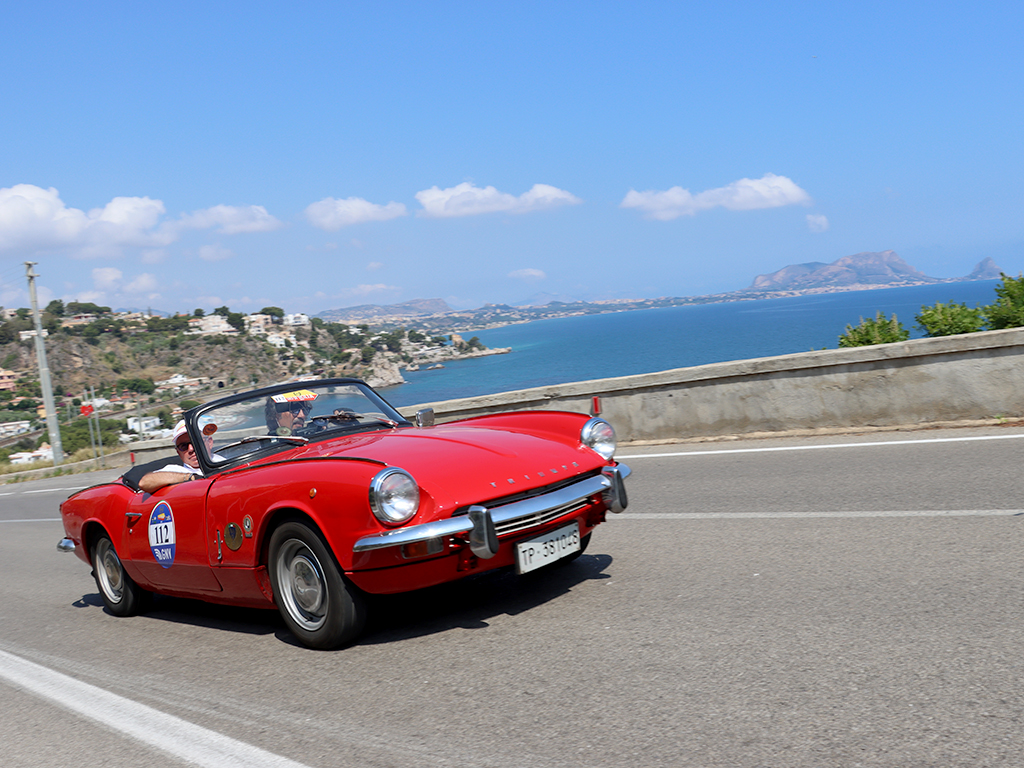 The Bari Grand Prix was a car race held in 9 editions between 1947 and 1956. Since 2013 it has been revived thanks to the historical re-enactment organized by the Old Cars Club of Bari. The event presents itself as an extraordinary mix of history, culture and show for the large audience every year. The re-enactment of the Bari Grand Prix is always animated by numerous collateral events that usually enrich the calendar of cultural events of the Maggio Barese. 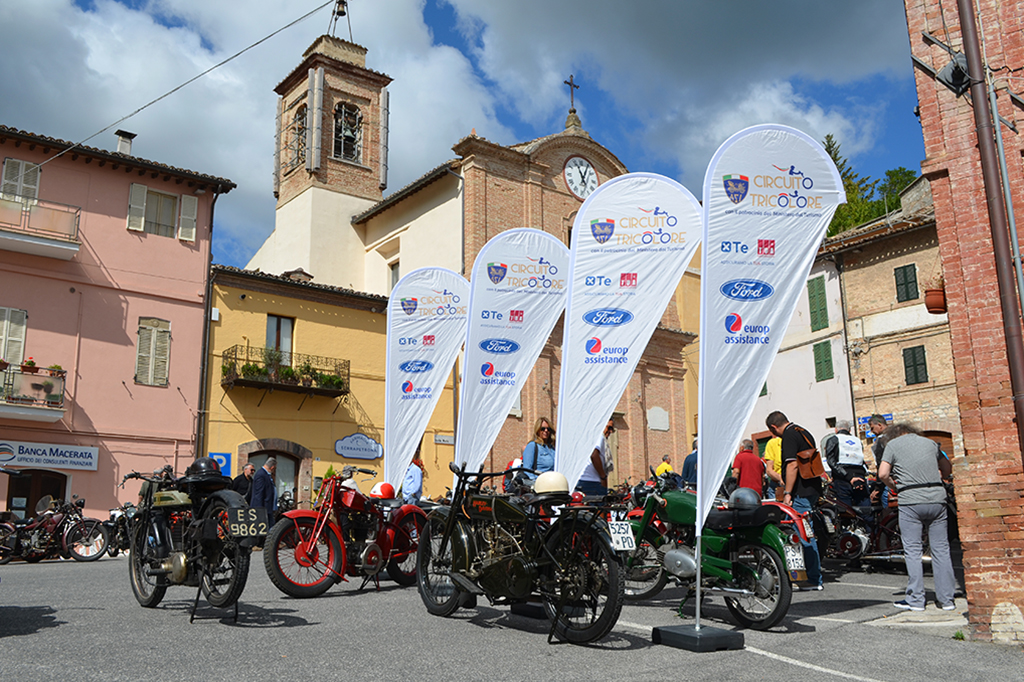 The Giro di Sicilia evokes the ancient race invented by Vincenzo Florio in 1912 and brings up to 250 Italian and foreign crews to discover the beauties of the island. The 2021 edition was that of the thirtieth anniversary and will not fail to emphasize its cultural, tourist, food and wine character aimed at promoting the territory and the extraordinary Sicilian UNESCO sites. Then there are the Sicilians: thanks to their passionate involvement they contribute to the su 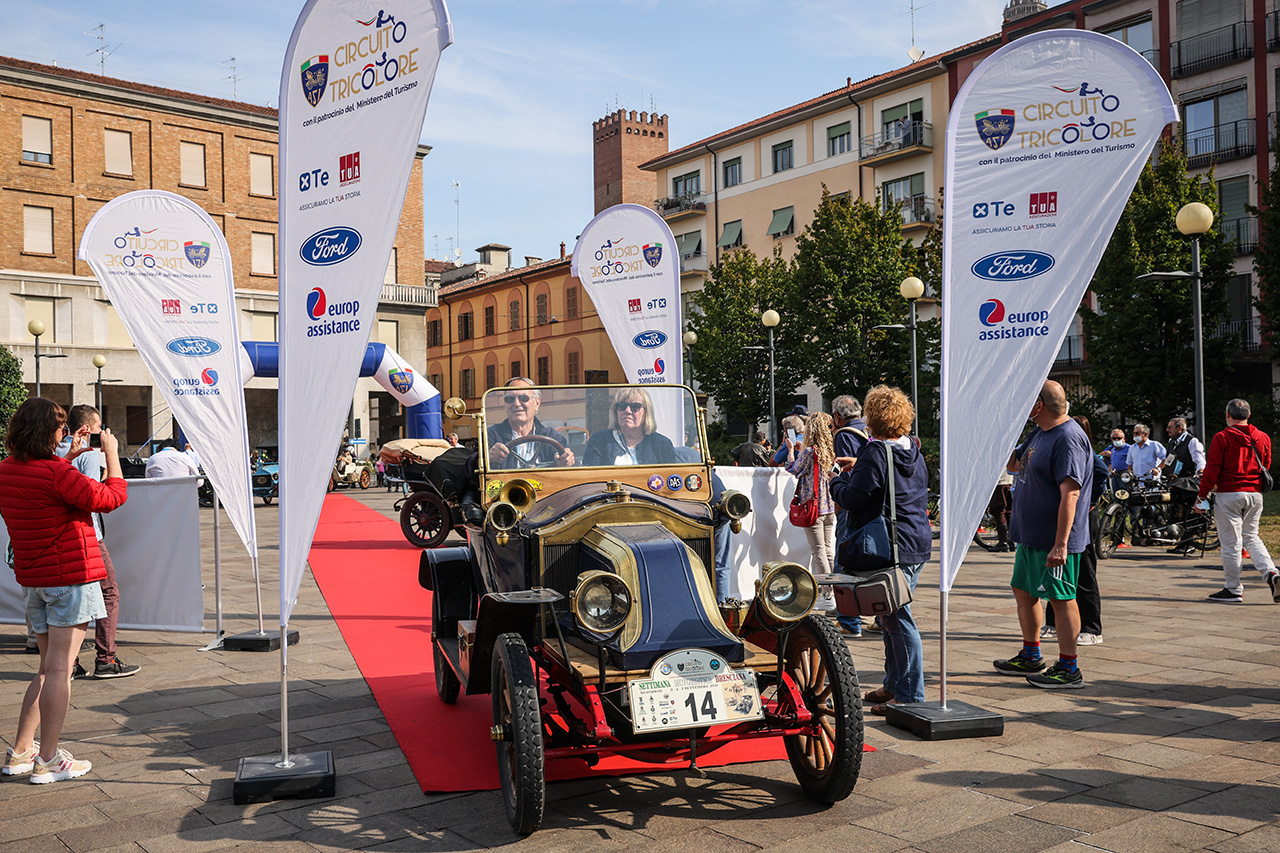 It is the revival in a tourism key of the only edition held in 1922, organized by the magazines La propaganda sports and tourism and Auto Italiana on a 90 km circuit in the Cagliari district. The Automoto d’Epoca Sardegna Association had the merit of refining the event by skilfully mixing itineraries that cross wonderful landscapes, a food and wine that recalls the tastes and traditions of the Sardinian land, always with the spirit of making known the traditions of the past and in search of the famous hospitality of the land of the centenarians. 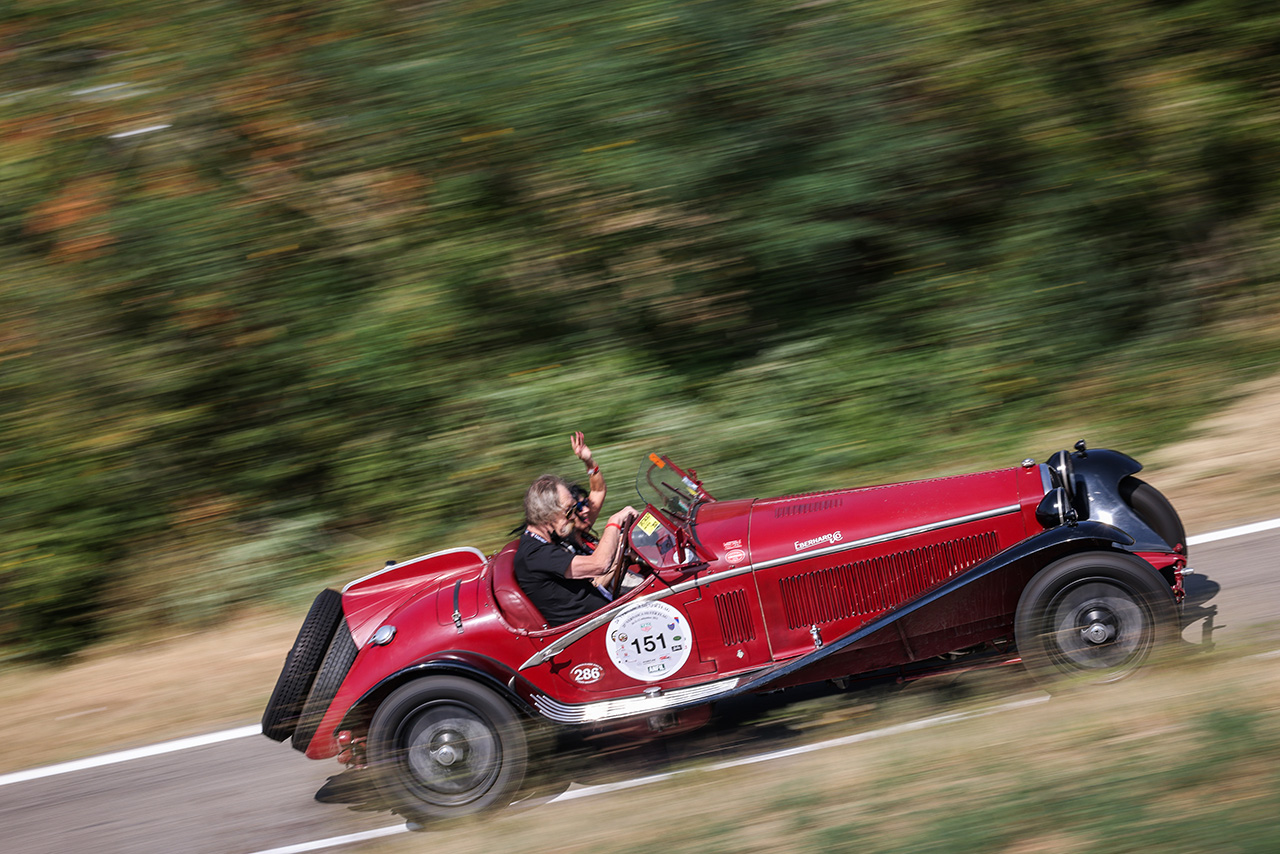 In the 1920s, the Coppa della Perugina was an international car race, invented and commissioned by Giovanni Buitoni, the then owner of the Umbrian Perugina confectionery company. The commemoration is a wonderful journey into the green heart of Italy, between cities of art, ancient villages, laughing hills and splendid itineraries. A balance between competition, tourism, culture and food and wine. Great sense of hospitality and maximum attention to detail. A large selection of 1920s cars is the setting for a selected and qualified fleet of historic cars. 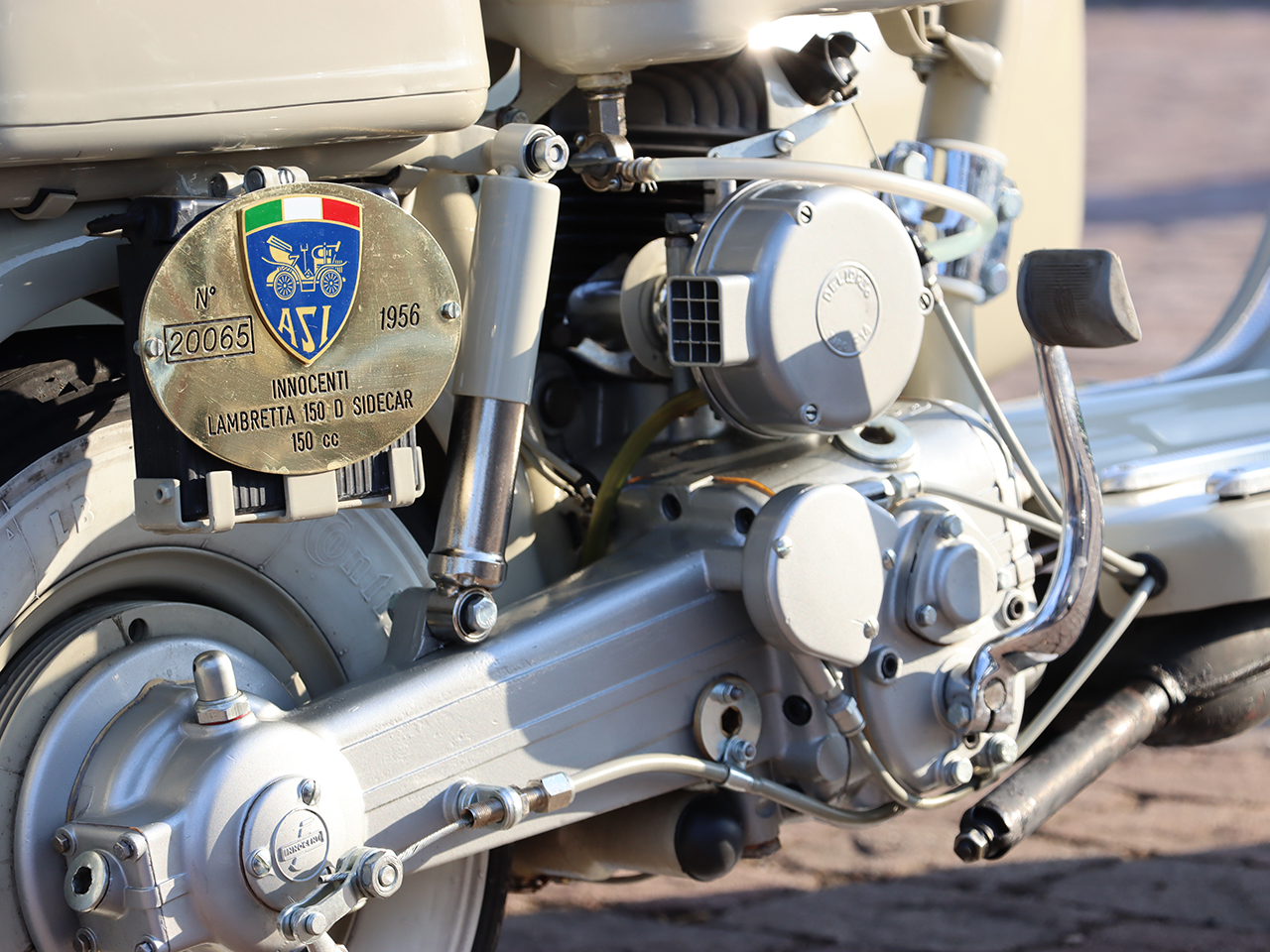 The tourist-cultural event, reserved for vintage cars and cars of particular historical interest, built by 1975, is an immersion in the regional traditions of Puglia and has now become one of the most awaited events for enthusiasts, who always more numerous participate from all over Italy. The organization sets up a perfect machine that leads the participants to discover amazing places, also included in the Unesco world heritage list, combining fun with historic cars with the relaxation of a real holiday. Sulle Strade della Pugliesità Doc is a unique opportunity to immerse yourself in the festive and welcoming atmosphere of a South of Italy at the top, very popular with bon vivants from all over the world. 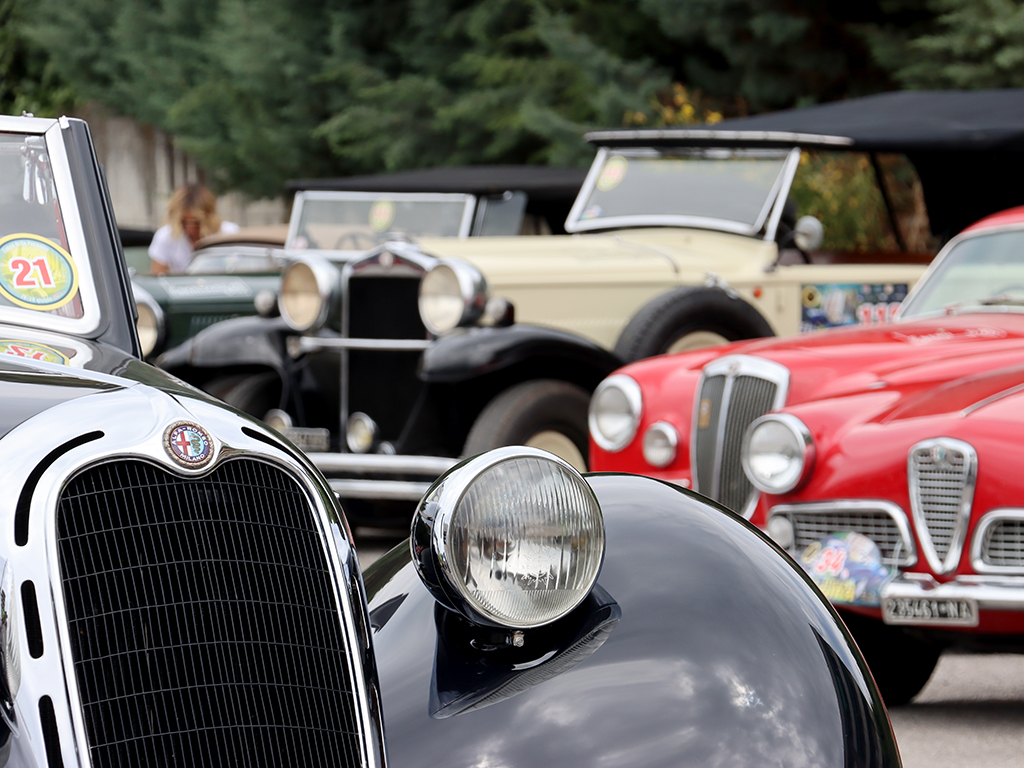 The Vernasca Silver Flag is a dynamic conservation and restoration competition for racing cars: the cars parade on a road closed to traffic at a limited speed. The best preserved or better restored cars among those selected and built from the beginning of the century until 1972, with a documented historical past in sports competitions of the time, are awarded. The route of the event is the one that until 1972 was used for the uphill race Castell’Arquato-Lugagnano-Vernasca which took place for 17 editions from 1953. All the participating cars are placed in the two paddocks in Castell’Arquato, in the park along the Arda river and in Piazza Europa: here come from all over the world the most noble and authentic historic racing cars and the great champions of the past. 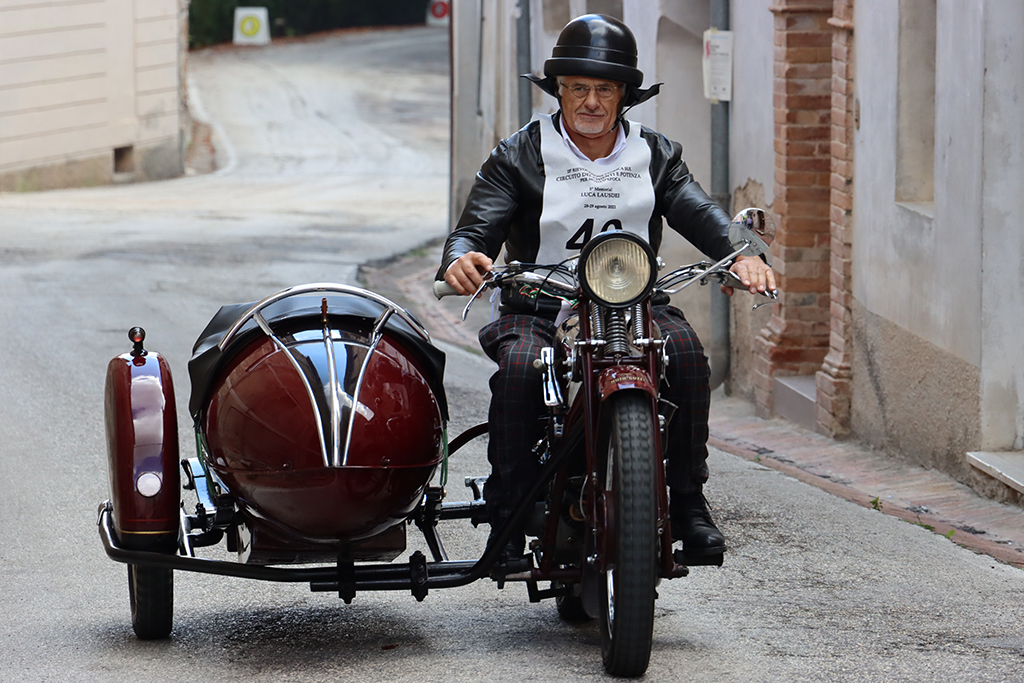 Traditional Tuscan appointment of national resonance reserved for the precious motorcycles built until 1945. Every year it is renewed thanks to always different and exciting routes, immersed in the Sienese landscapes that the whole world envies us. Roads, nature, small villages and slow tourism have always been the peculiarities of Motociclettando. 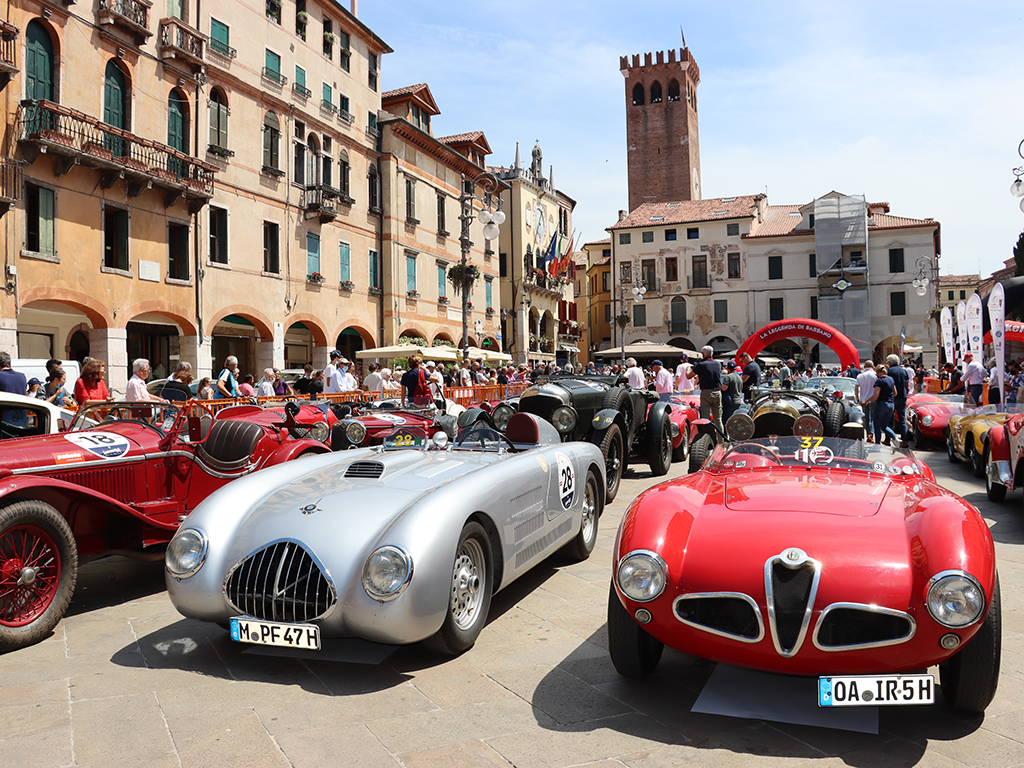 A unique event in the panorama of historic international motorsport, which combines enchanted places, unique cars and extraordinary drivers. Reserved for Sport-Competition cars of the Vintage, Post Vintage and Classic categories (therefore built from 1920 to 1960), in the 2021 edition the event was part of the celebrations for the reopening of the famous Ponte degli Alpini in Bassano del Grappa, returned to the community after a long period of closure for restoration. The long path of the Legend will take the participants to Enego, Primolano, Borgo Valsugana, San Martino di Castrozza, Castelrotto, Canazei, Alleghe and Valstagna. 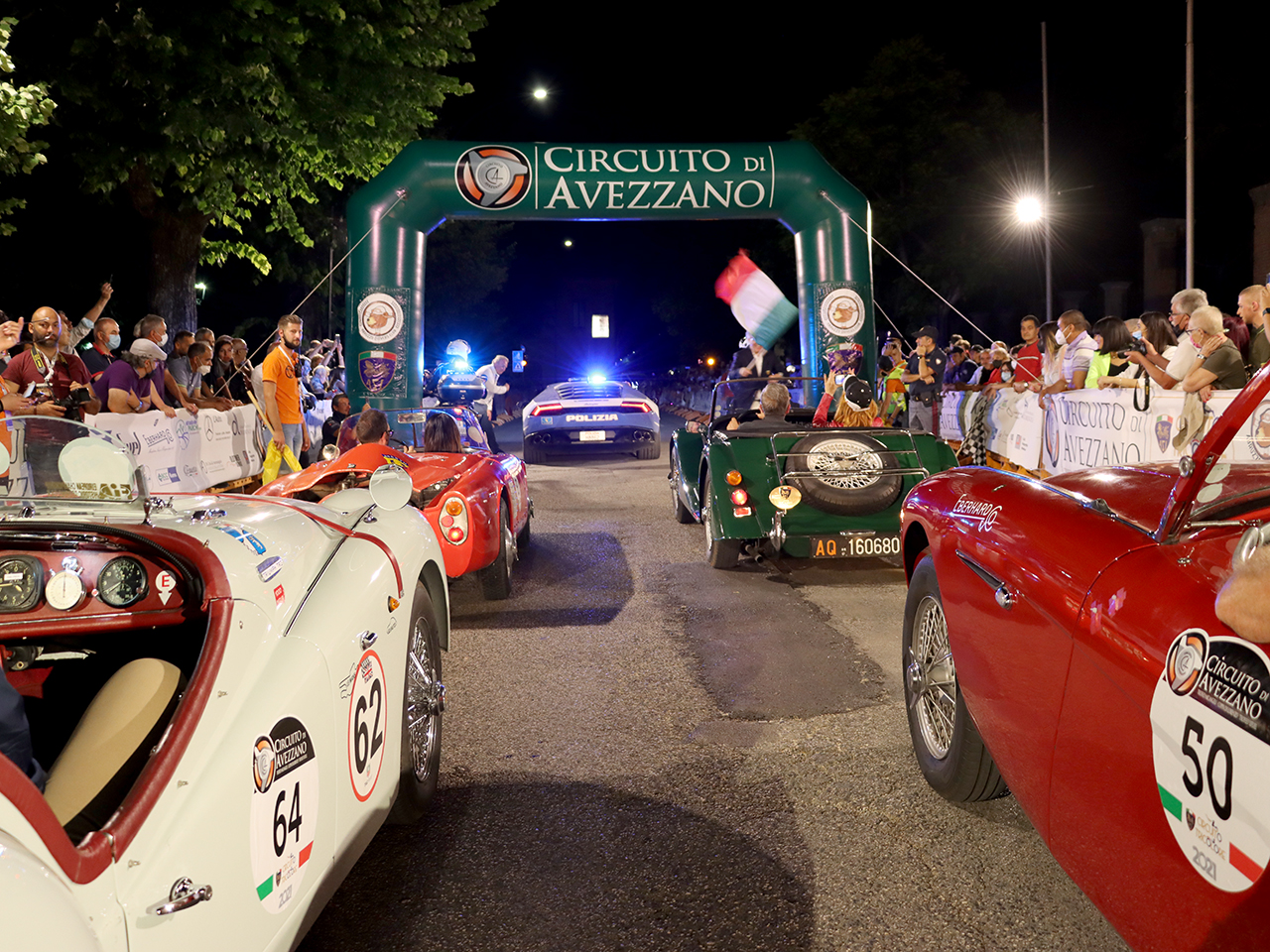 The passion for motoring in Avezzano (L’Aquila) exploded in the fifties, when the mayor of the city, Angelo Tirabassi, gave birth to the so-called “Marsicana Week”. On the spur of this initiative, in 1952 the Micangeli family organized the first edition of the Elia Micangeli Trophy on the occasion of the Avezzano-Pietracquaria time trial, valid as a regional preliminary round for the award of the “Silver Steering Wheel”. The Avezzano circuit has been held since 2012 and since 2016 it enjoys the patronage of the Mibact for the merits of promoting tourism and landscape of the Abruzzo region. From 2014 it also includes the characteristic night test on the streets of the city circuit, always crowded with thousands of spectators.

An unmissable biennial event for the purists of historical two-wheelers who love to travel a long way in the saddle, especially when immersed in breathtaking views such as those offered by the Piedmontese Alps on the Swiss and French borders. 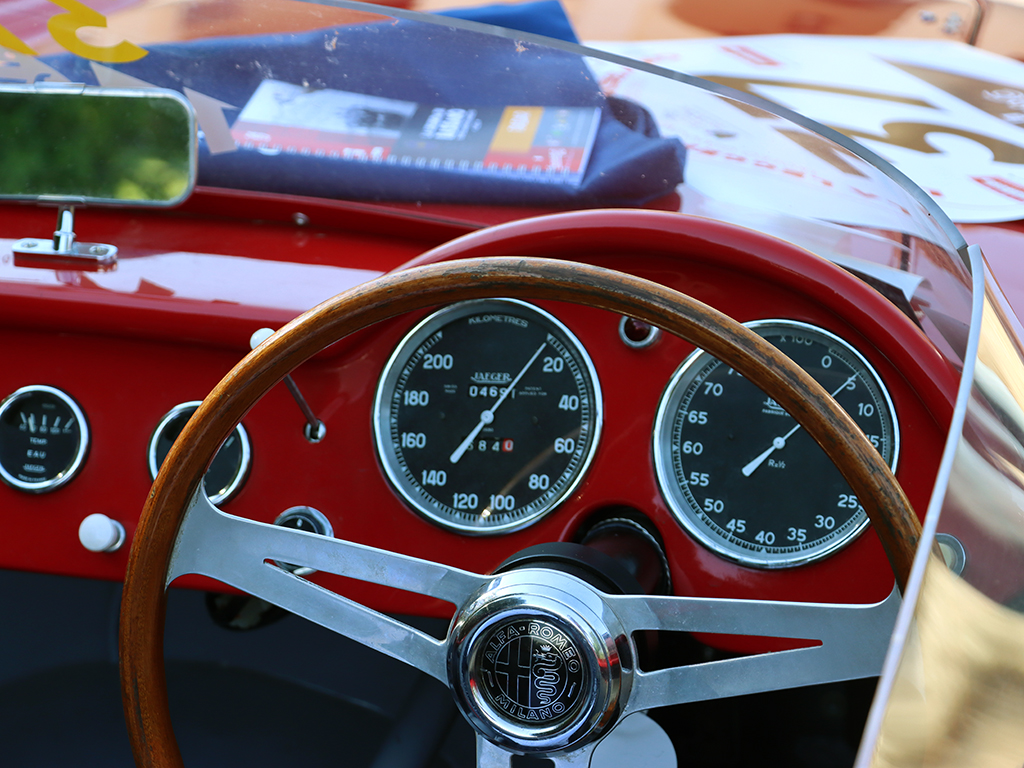 This particular concourse of elegance is almost unique in the Italian panorama of events for historic vehicles, dedicating its show to both cars and motorcycles. The walkway is set up in the heart of San Pellegrino Terme, in viale Papa Giovanni XXIII, with the majestic scenography offered by the Liberty-style Grand Hotel inaugurated by Queen Margherita in 1905. 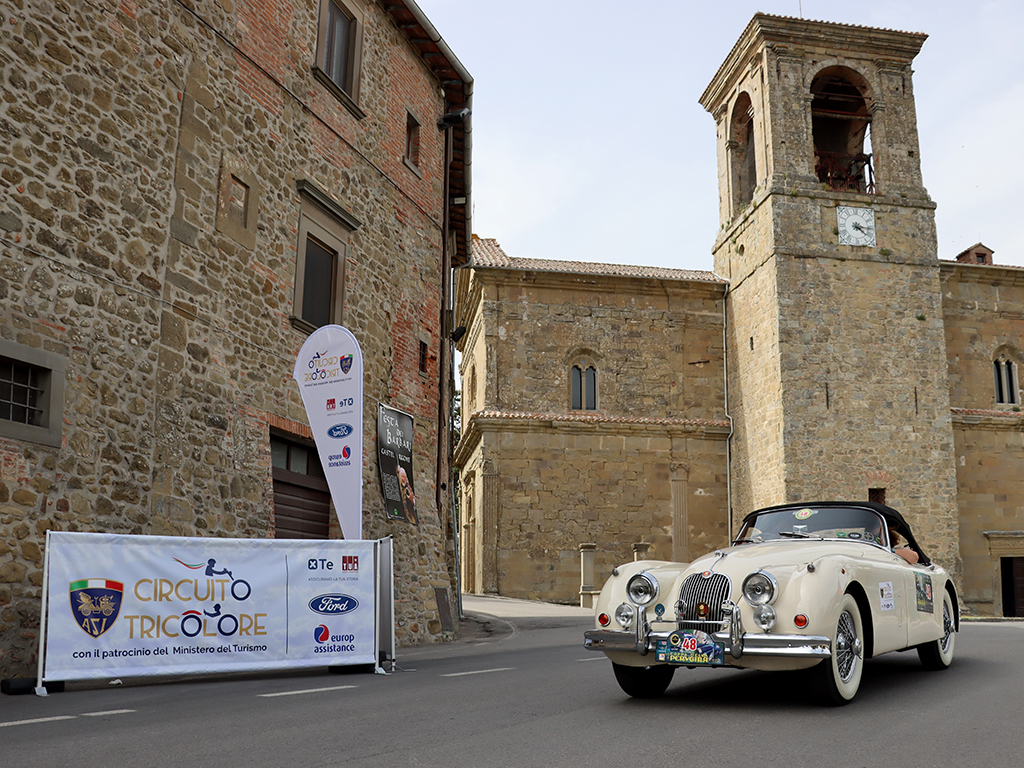 This event also refers to the ancient motoring tradition of the area, in this case it is the Circuit of Victory which started from Macerata. From this historical context, Sibillini and its surroundings have therefore focused on the scenic beauties offered by the Sibillini Mountains. The event always welcomes a large array of precious pre-war historic cars and organizes interesting cultural moments for the participants and the public. 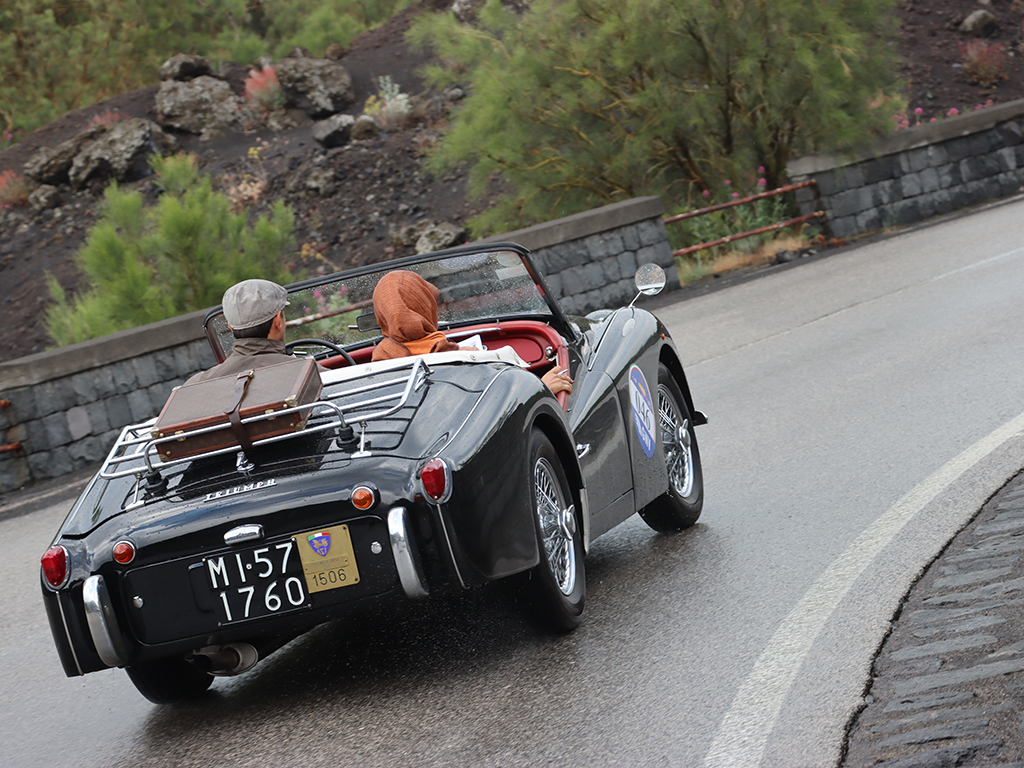 The first historical re-enactment on the Chienti and Potenza circuit started in 1988 to retrace the track used for the first time in 1924 with vintage motorcycles, when the competitors covered its tortuous 37 kilometers for eight laps, for a total about 300 kilometers. Departure and arrival from Tolentino, with passages in San Severino, Serra Petrona and Belforte. The race was revived only in the following two years. Today’s re-enactment is dedicated to the historic motorcycles built up to 1960. 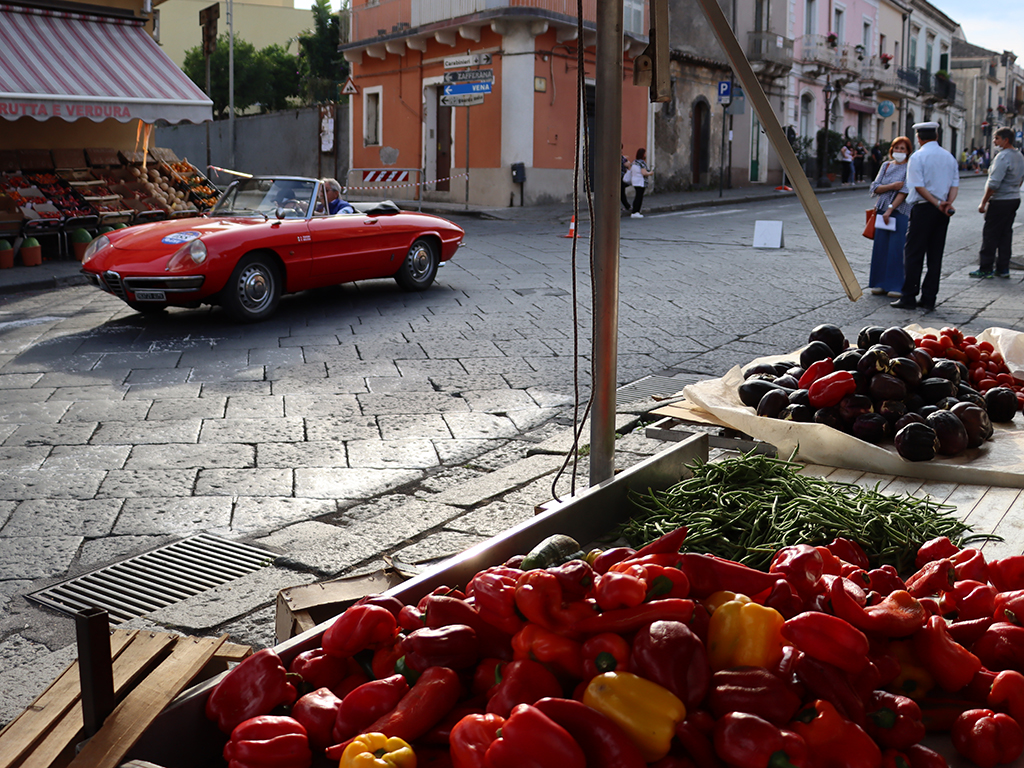 After more than seventy years from the first and only edition of national importance held in 1950, the motorcycle tour of Sicily (now called the “Giro Motociclistico di Sicilia”) is back thanks to the dream of some fans of the Vintage Car and Motorcycle Club Francesco Sartarelli who have recovered the historical documentation of that singular sporting event. The re-enactment immediately involved other ASI Federated Clubs in Sicily, which in 2019 signed a memorandum of understanding to organize the event. The participating motorbikes cover a travel itinerary of about 800 kilometers, first along the coast and then in the inland area of eastern Sicily. The participants are always enthusiastic, who can admire different routes each time, immersed in the nature, history and culture of an enchanting land such as Sicily. 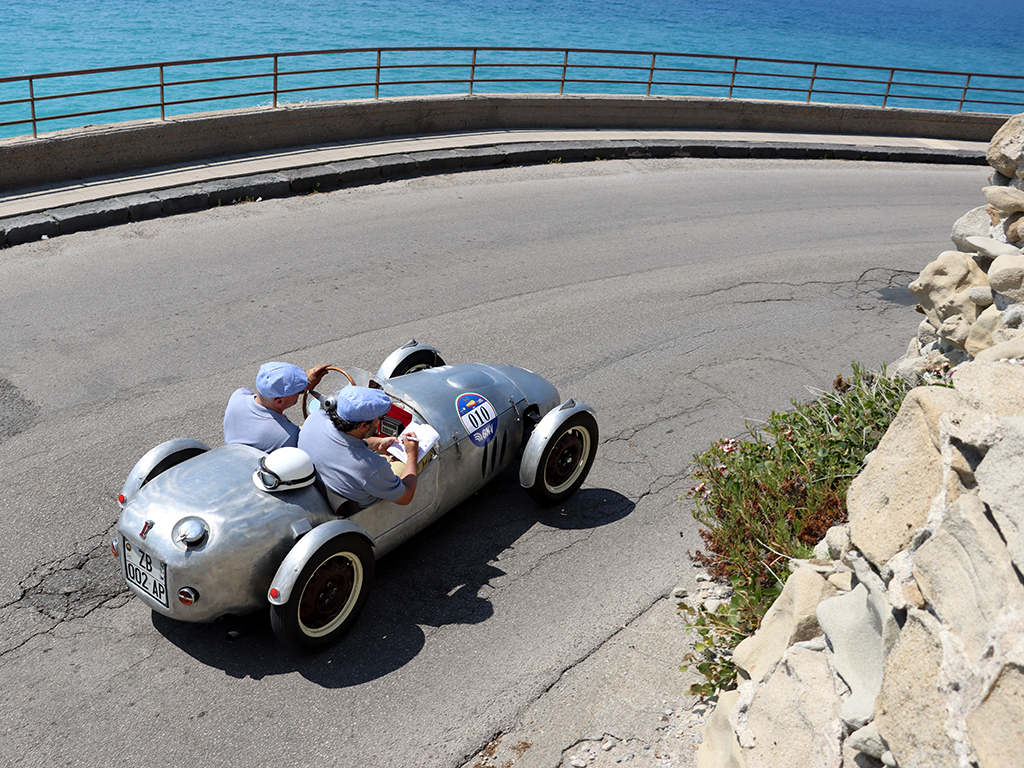