On the occasion of the ten years of the Settrington Cup, the race for the little ones of the Goodwood Revival, the J40 Motor Company will present this year the first revival version of the famous pedal cars

According to some rumors, also Prince Charles had one, obviously with ad hoc specifications and super-equipped. The Austin J40 pedal cars, the most famous children’s pedal cars in the world, have made generations of miniature riders ride and still continue to have a thriving market today. At the time of their production, between 1949 and 1971, they were mainly exported from the United Kingdom to the United States, Canada and Denmark. They were invented when the British government asked industrialists to make disabled mine workers work after World War II. The Austin Motors president then came up with the idea of ​​using scrap metal from his supply chain to build pedal cars, employing 250 former miners in Wales. The mini cars had opening hoods, working lights and Dunlop tires. They were inspired by the 1948 A40 Devon and Dorset sedans that are currently often competing in England in the most spectacular races. 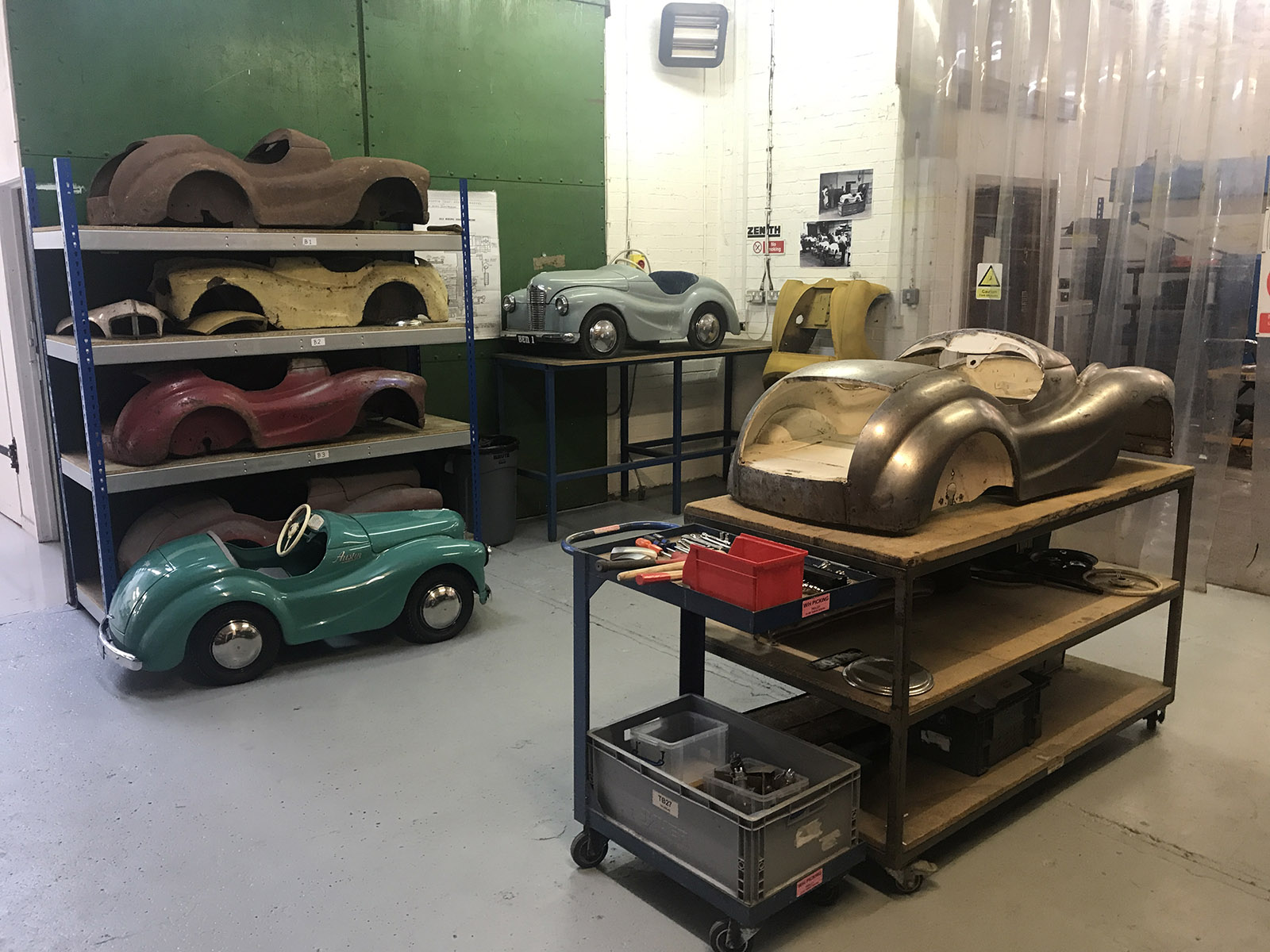 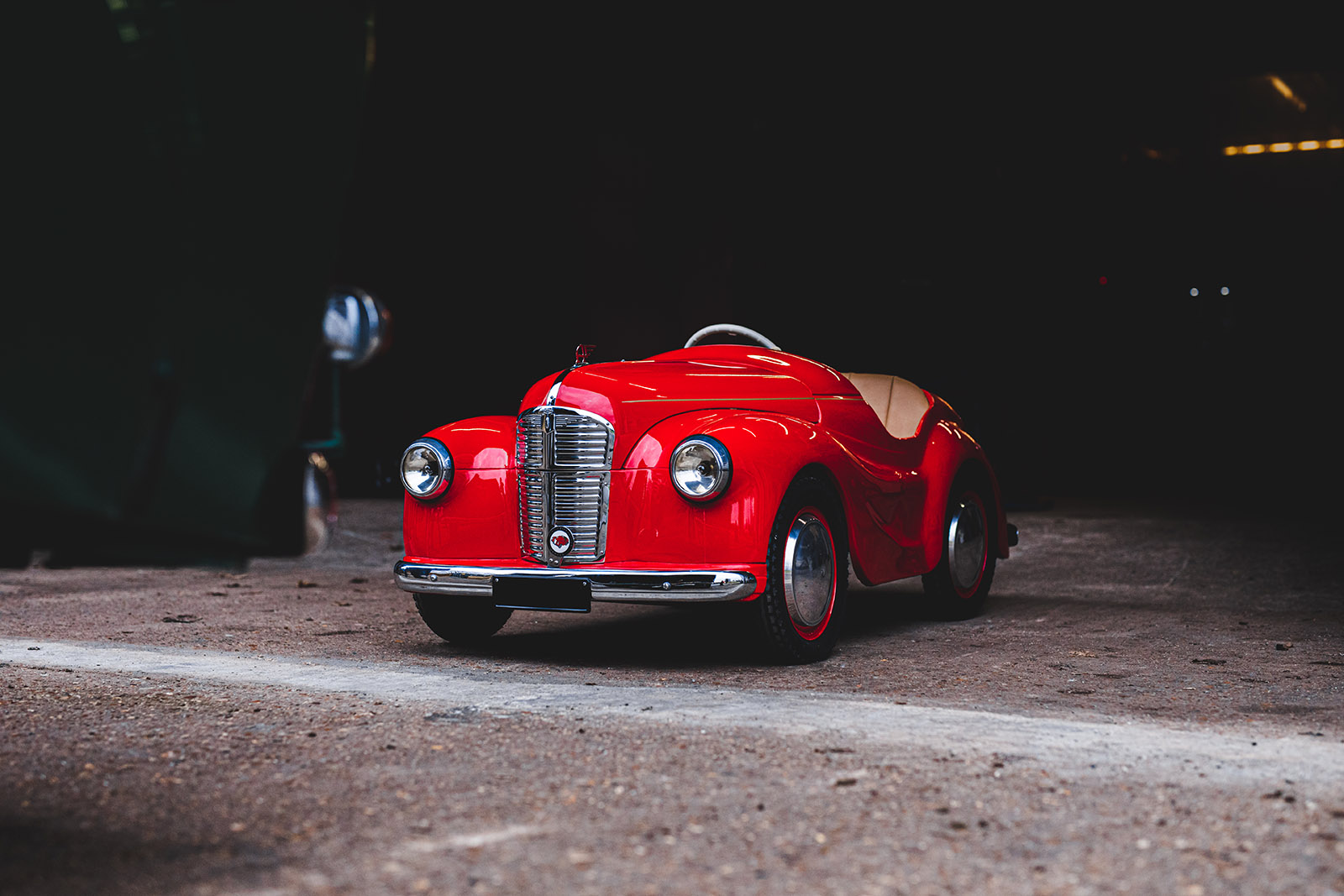 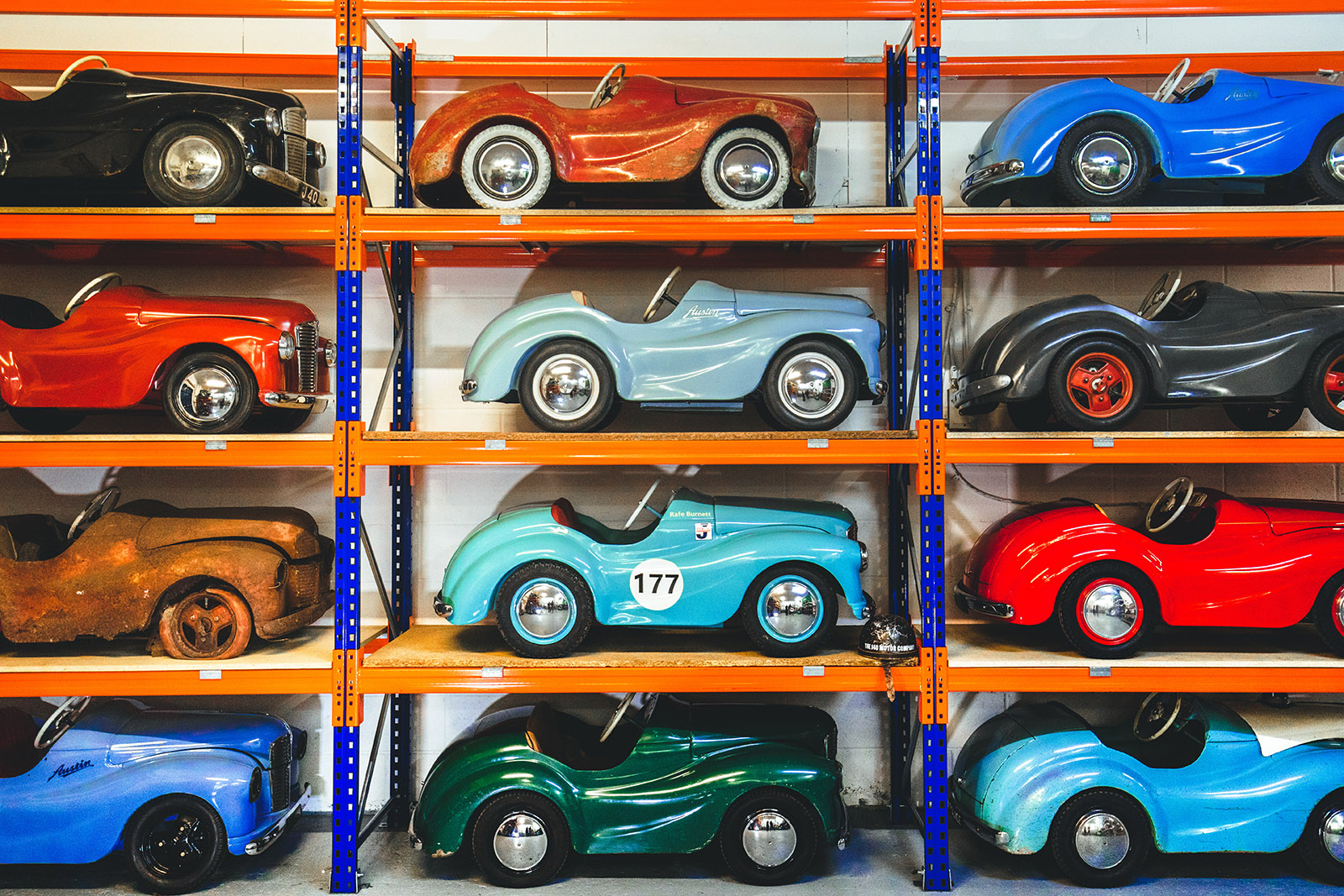 A manufacture all for them. They have been so successful that 32,098 have been made, many of which are now being restored, put back in place and driven again. At Bicester Heritage, the British hub of companies linked to historic motorsport, there is a special resale of spare parts and accessories of the J40 Motor Company, founded in 2020 for services dedicated to the J40 (Junior 40). The company is part of Burlen LTD, which reproduces carburetors and other components for historic vehicles. In the English center, born in a former RAF base near Oxford, there is also the sales department of small pedal cars, where mechanical repairs and assistance during the races are provided, among other things, while the headquarters of the company is in Salisbury. More or less where the Austin J40 Pedal Car Club is also located: in Berkshire, west of London. 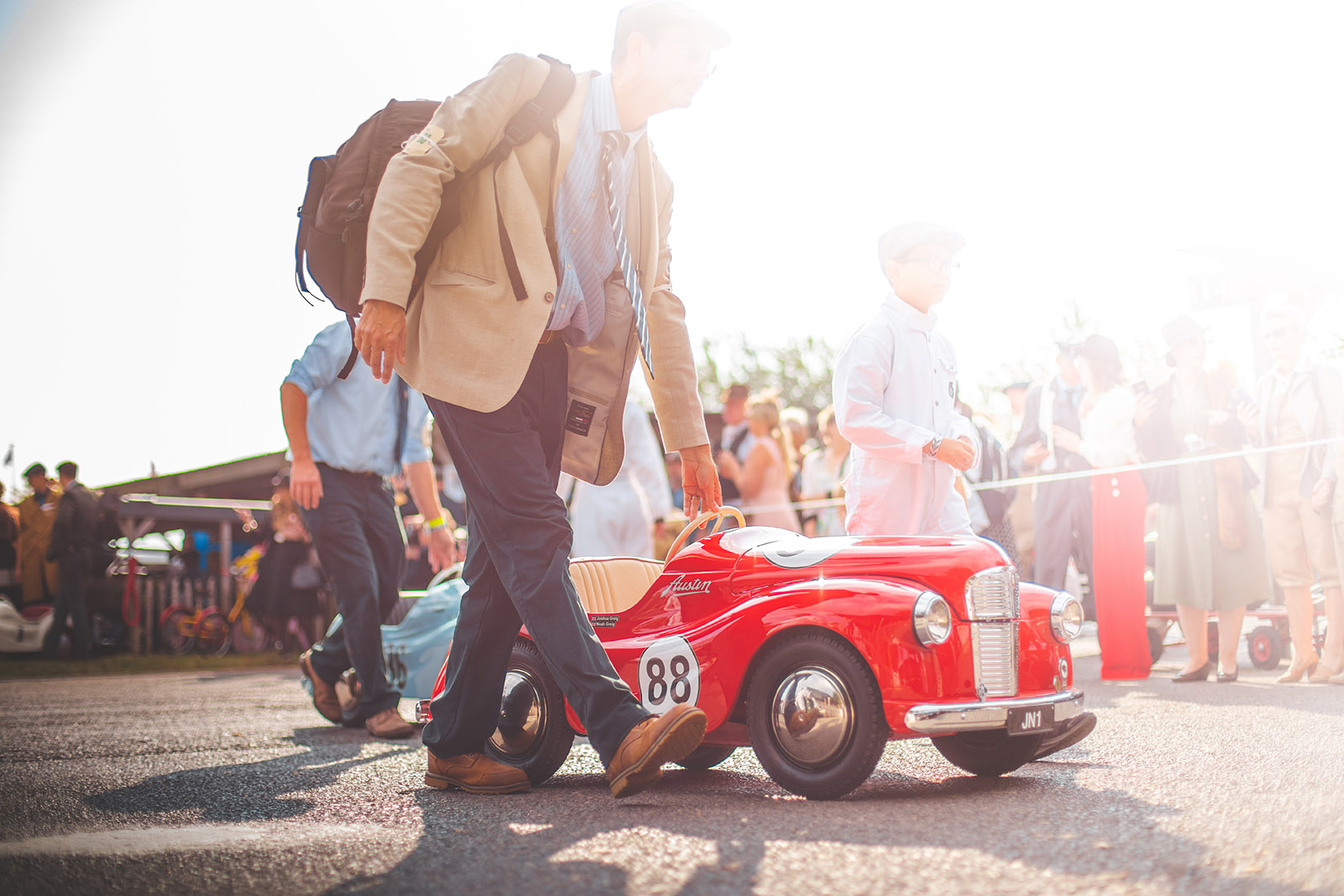 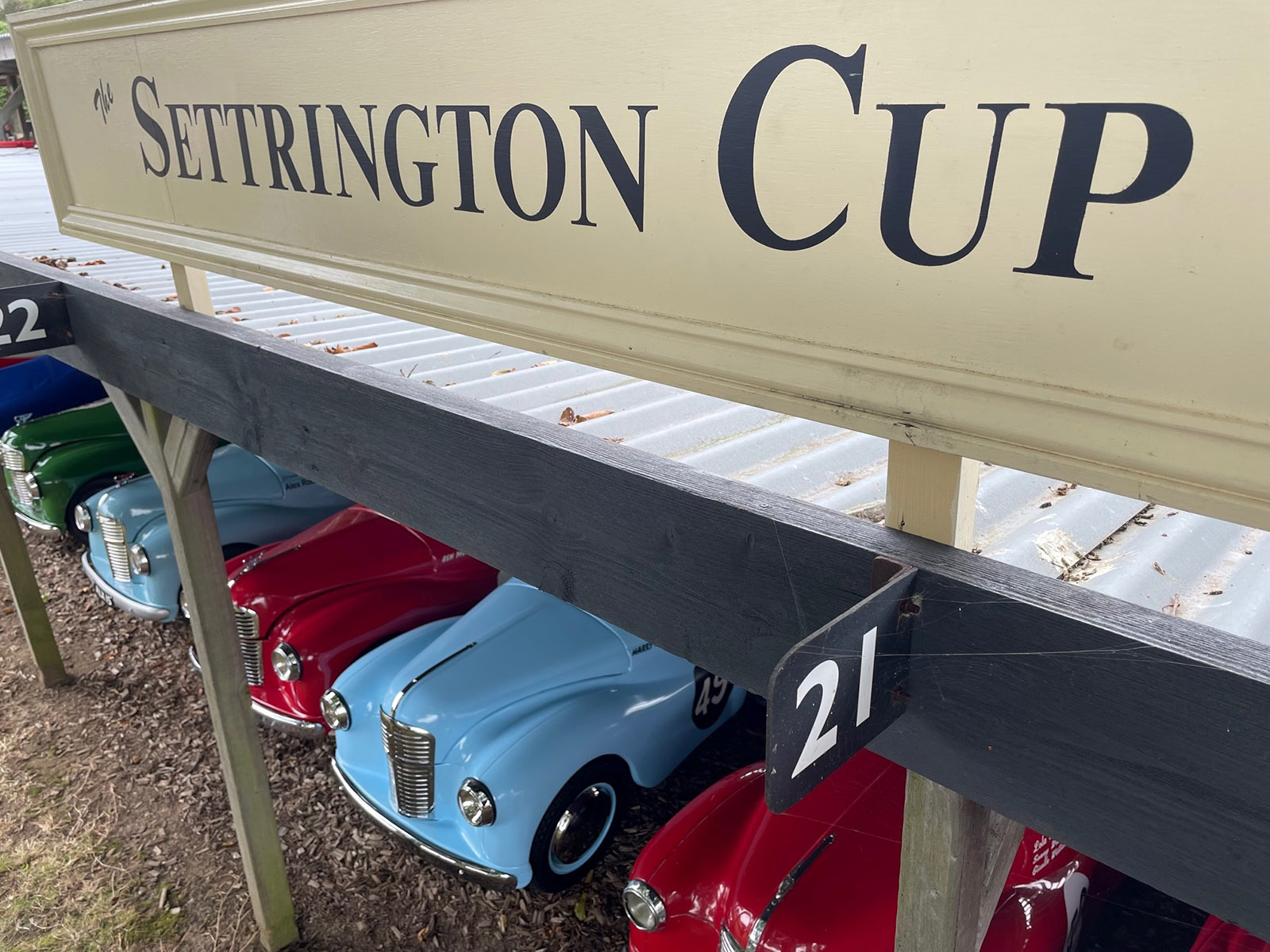 The Lopresto Collection shows how to best preserve automotive heritage

Like the major trophies. In recent times, the Austin J40s have been revived by the Settrington Cup, the race of the under 10 drivers put on track since 2012 in a section of the Goodwood circuit, in West Sussex. Since then, the prices of the small Austin cars have soared: an example in excellent condition can easily cost over 3 thousand pounds (more than 3,500 euros), with figures that can even double in the case of cars that have won at Goodwood, in fact, during the little big battle with pedal strokes that is part of the Revival Meeting. The dispute involves about fifty children every year and is so coveted that there are always excess registrations. The ranks of mechanics in the paddocks testify to the interest that revolves around the Cup, felt in an extremely competitive way, especially by parents. So much so that in the past someone had tried to put makeup on them, the J40s. For example, by replacing the bodywork with a lighter one in carbon fiber. 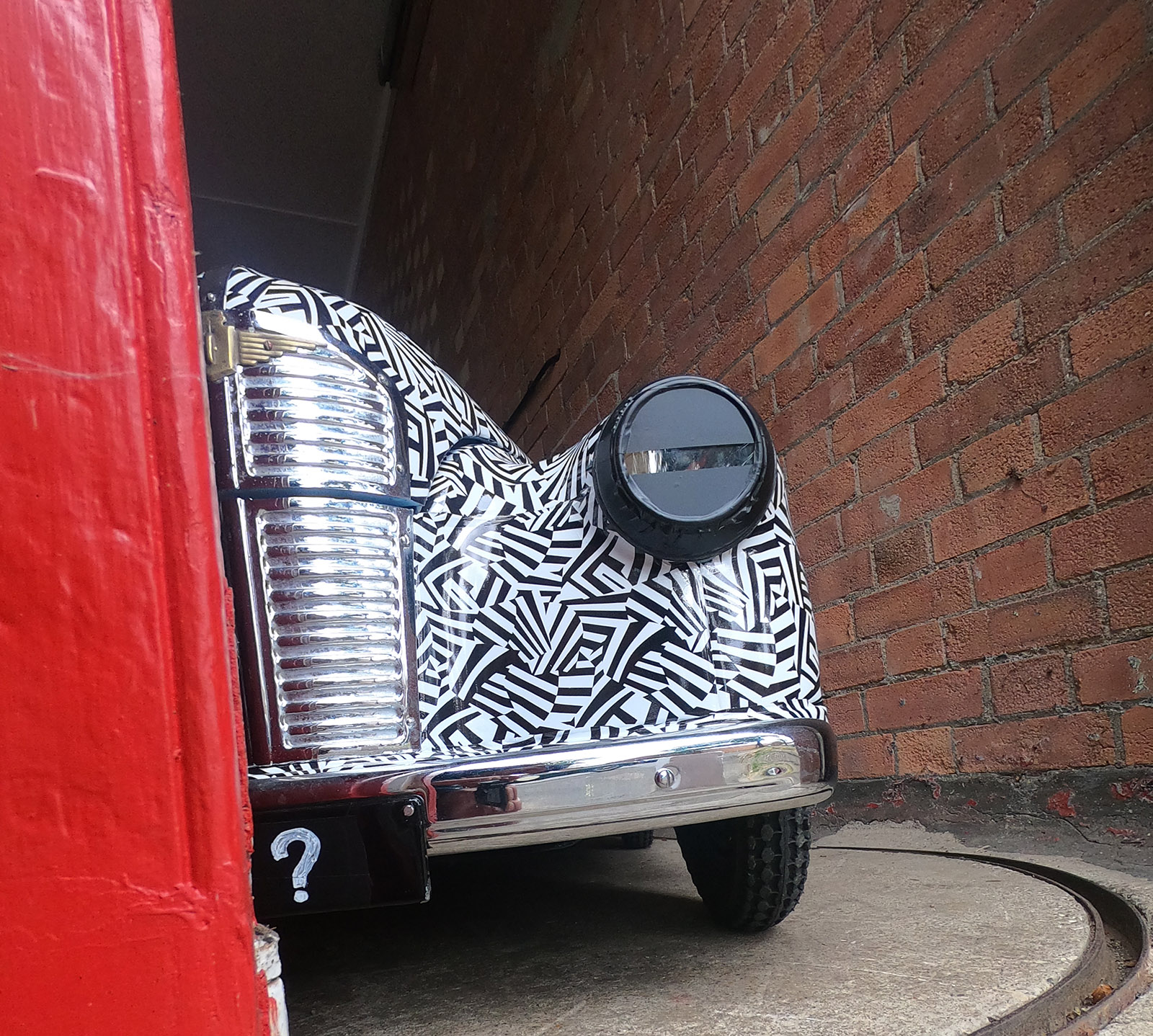 All ready for the wow effect. This year to celebrate ten years of the Settrington Cup, which is now a cult, the first ever continuation of the J40 will be unveiled at the Goodwood Revival (from 16 to 18 September). It was developed by the J40 Motor Company faithfully to the original model but with a particular livery in optical pattern, black and white, and the modernized technical part. The model of the future will be in the company of its most illustrious past, as several important historical pieces – including the last one to come out of the Bargoed factory on the last day of production – will be exhibited for the celebrations at the Revival in the space of the Woodcote Paddock created for them. And who knows that even the little Prince George doesn’t want to take the field soon, perhaps trying his hand at the car that belonged to his grandfather. Meanwhile, the special edition of 2022 closed registrations with about twenty drivers more than usual.