The first Bizzarrini GT 5300 Corsa Revival has been delivered

Emblem of joie de vivre and freedom, the Citroën 2CV still has a popularity that knows no bounds today. Even among collectors it is always popular but before buying it is good to inquire about possible critical points

The Citroën 2CV is an icon of automotive history which, with its 5.1 million units sold – including derivatives – has conquered generations of motorists spanning a large number of eras. The latest model rolled off the assembly line in Mangualde, Portugal, on July 27, 1990. When it was presented at the 1948 Paris Motor Show, the 2CV, penned by Flaminio Bertoni, amazed with its original design and versatility. It also distinguished itself for its technological innovations, which were very advanced at the time, including front-wheel drive, soft suspension and an air-cooled two-cylinder engine. Economical and designed for a broad audience at a time when cars were still a luxury item, the “super sprung” quickly became a popular and highly sought-after car. 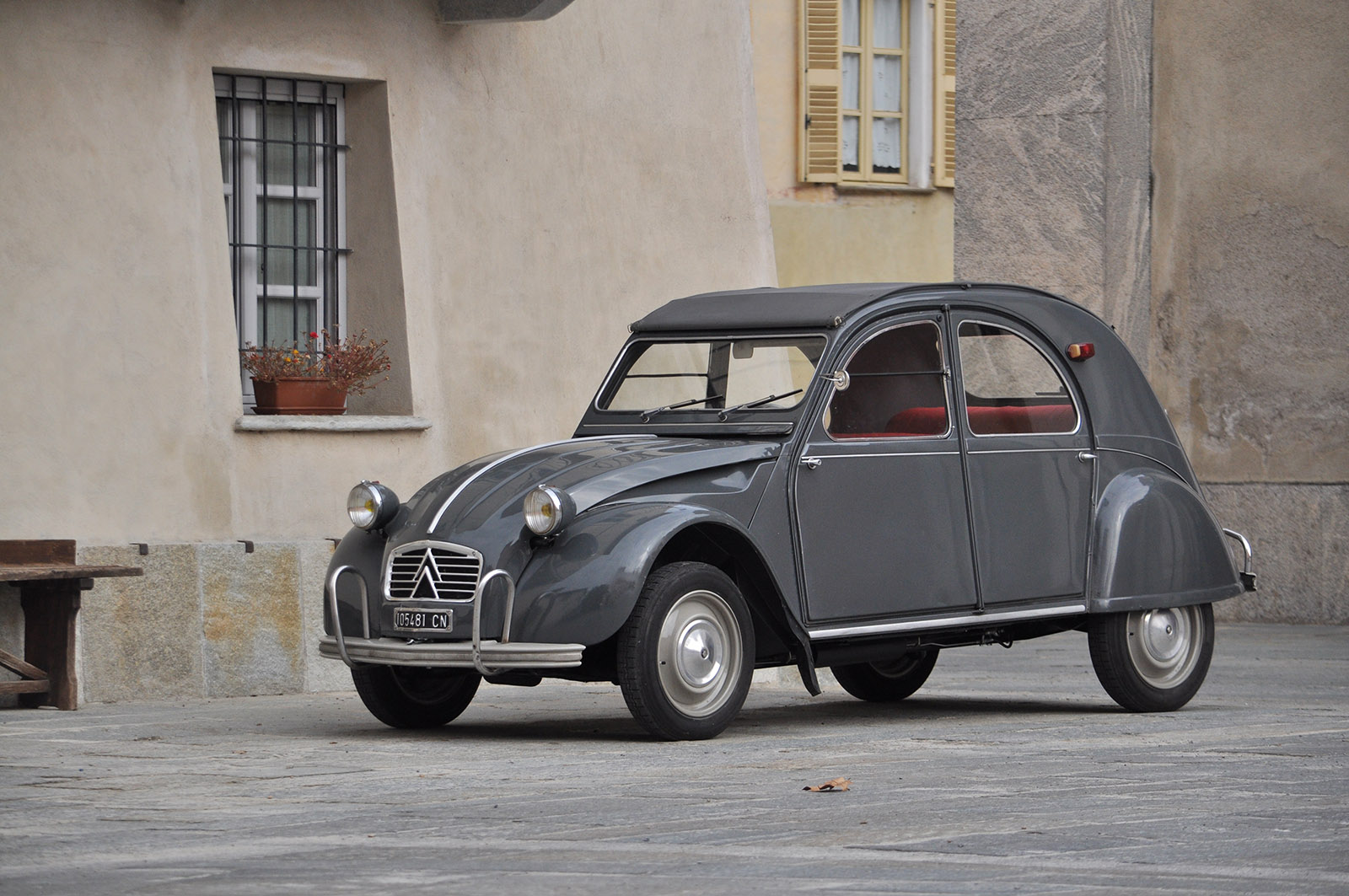 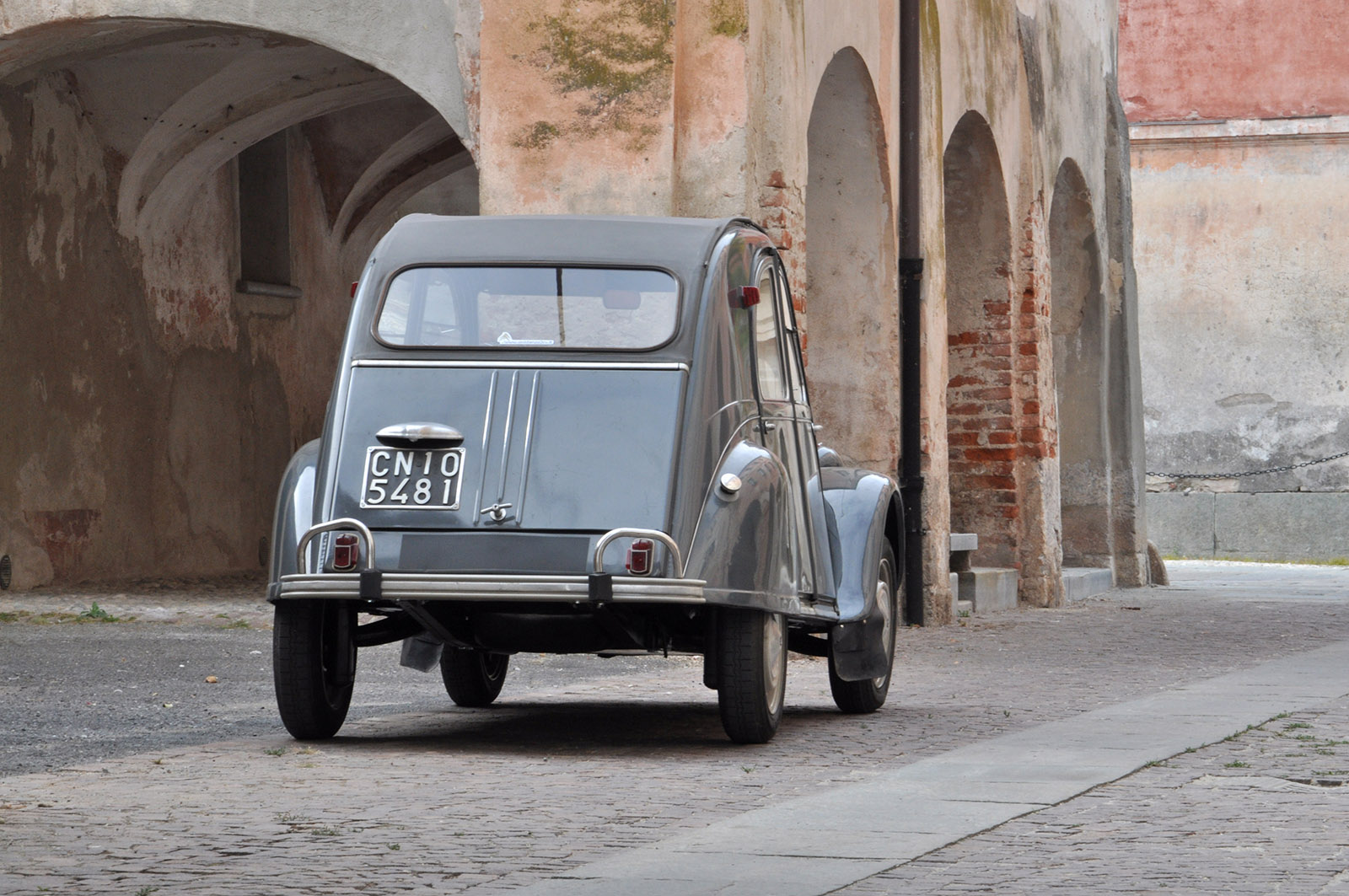 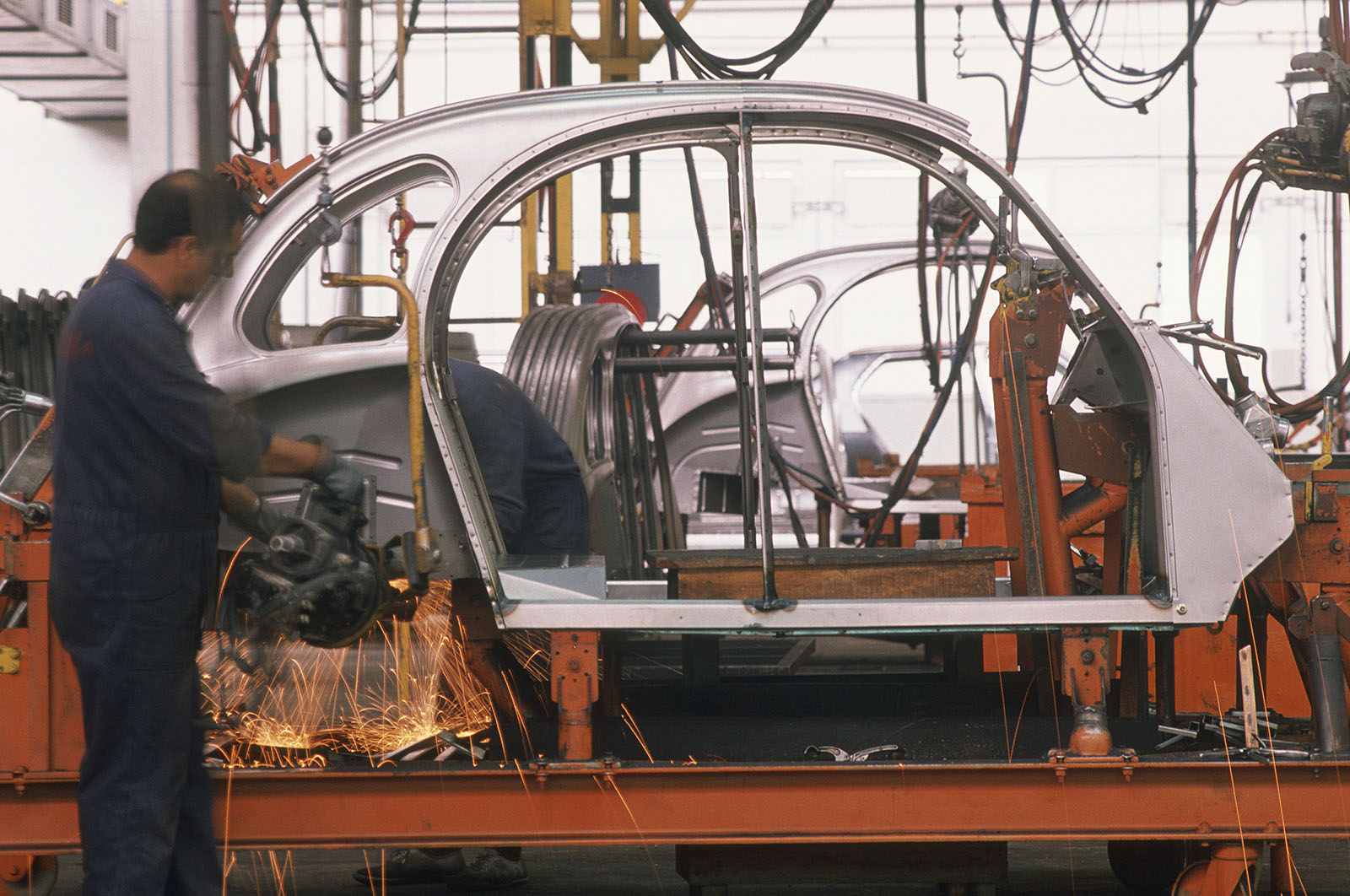 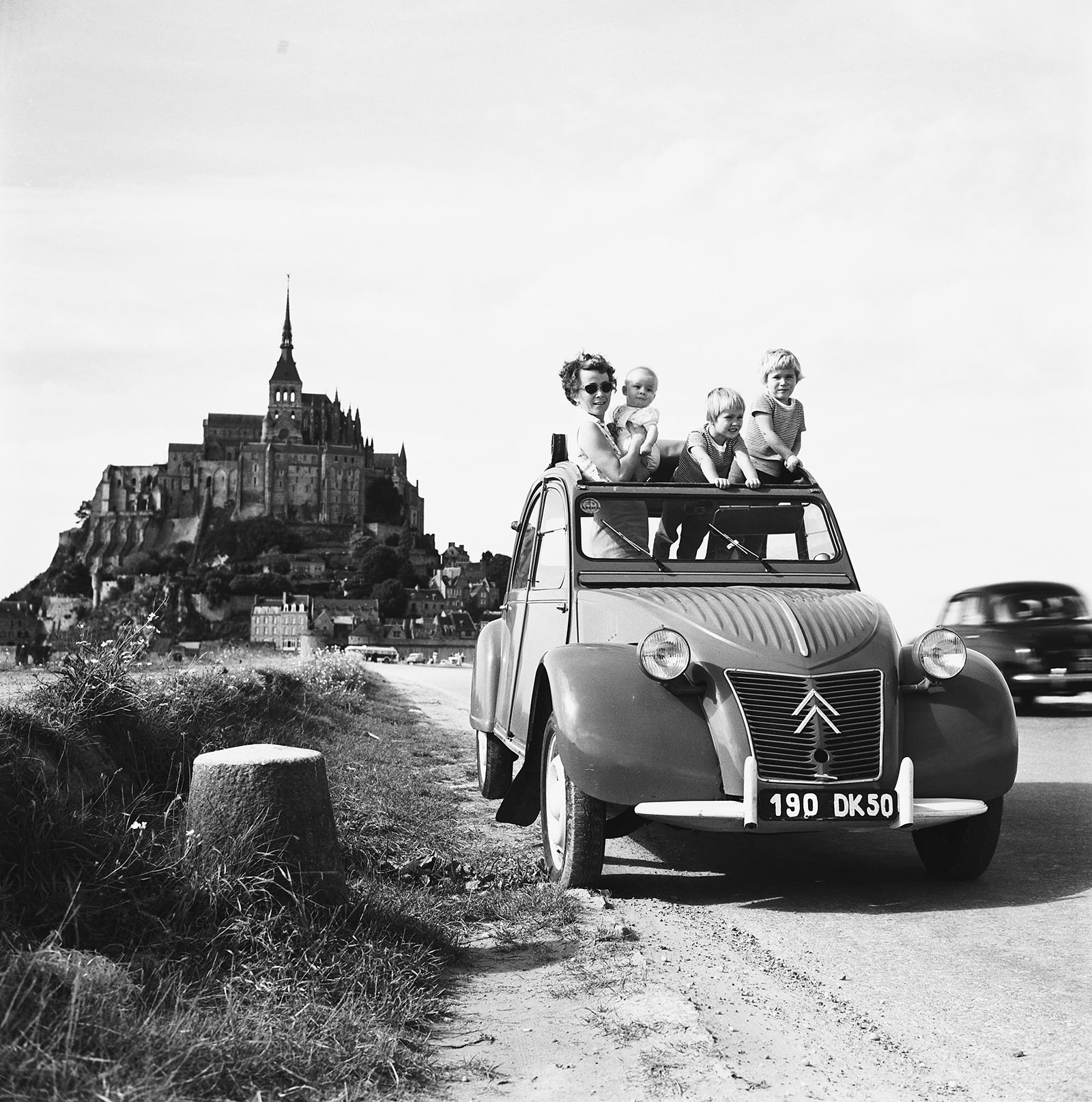 9CV for three, plus two. The new air-cooled twin-cylinder boxer engine with an initial displacement of 375cc developed 9 HP and was fitted as standard with a four-speed gearbox for the first time. Numerous other stages of development followed. The 602cc engine incorporated in the 1970 Citroën 2CV6 initially had 28 HP. In all vehicles it was possible to start the engine using the crank used to change the wheels of the car. The first version of the Citroën 2CV with 9 HP reached a top speed of around 70 km / h. The latest models with 29 HP reached a top speed of 113 km / h. The 2CV is one of the few vehicles whose base engine power has more than tripled over the course of development. 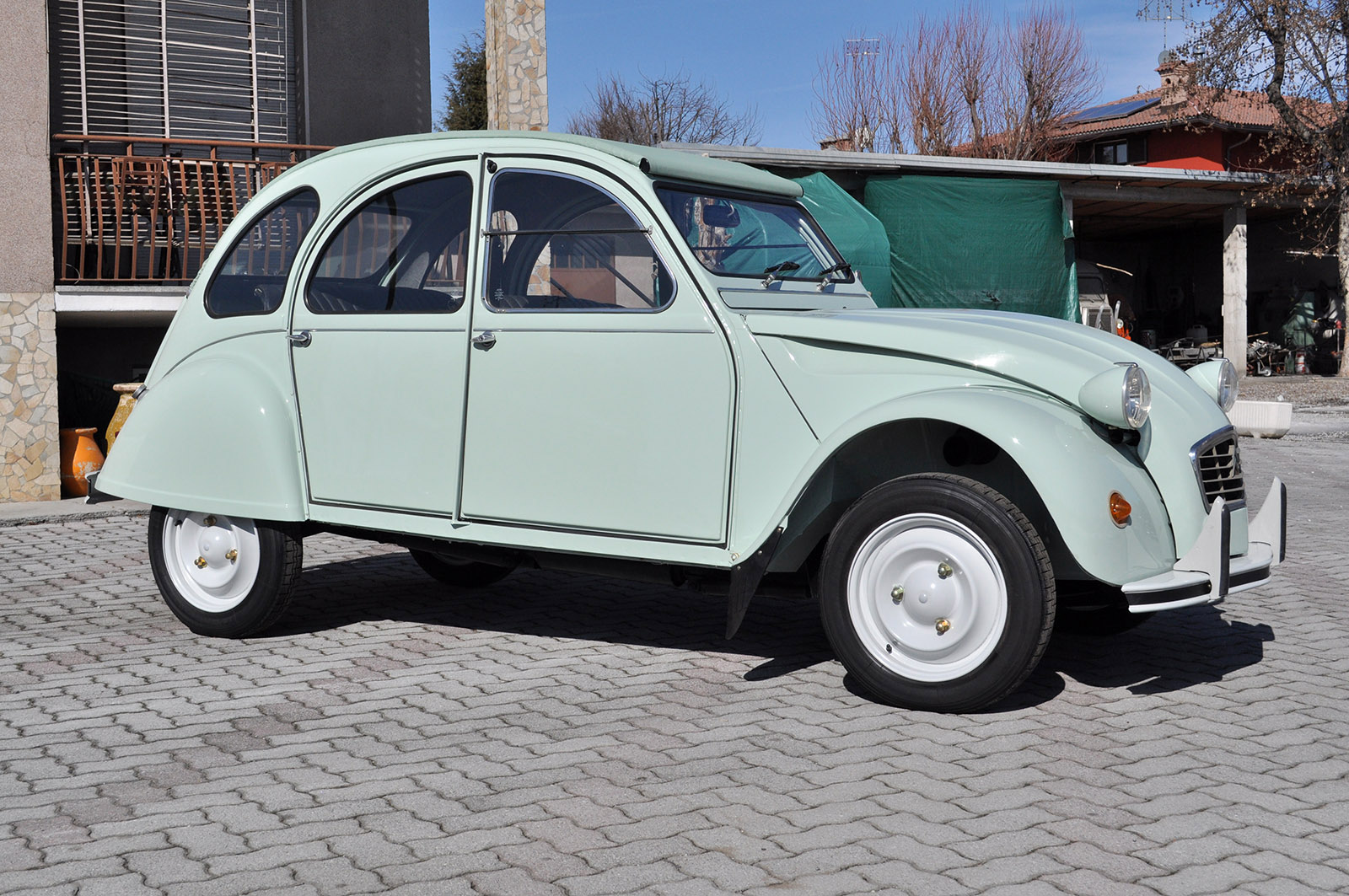 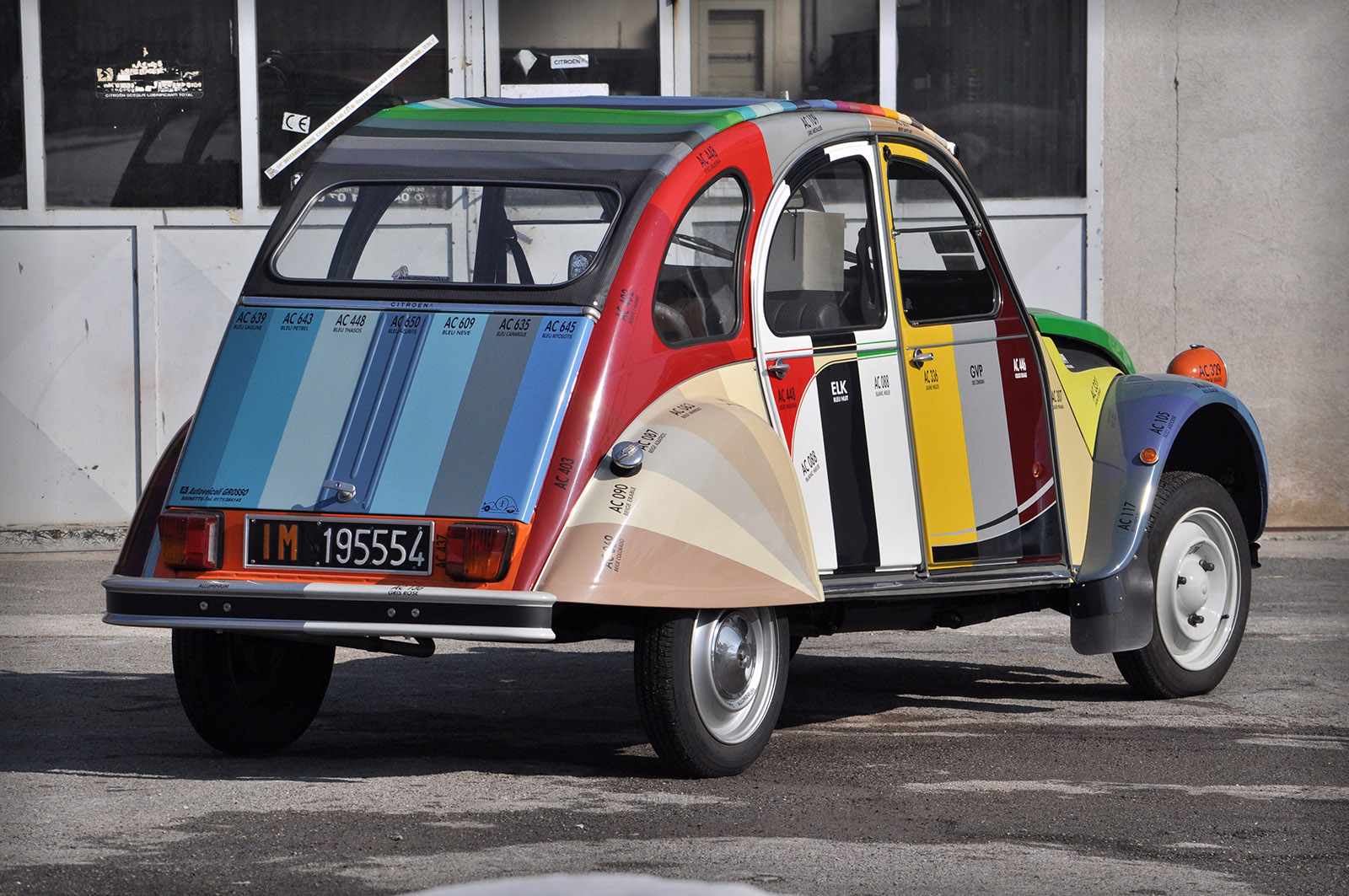 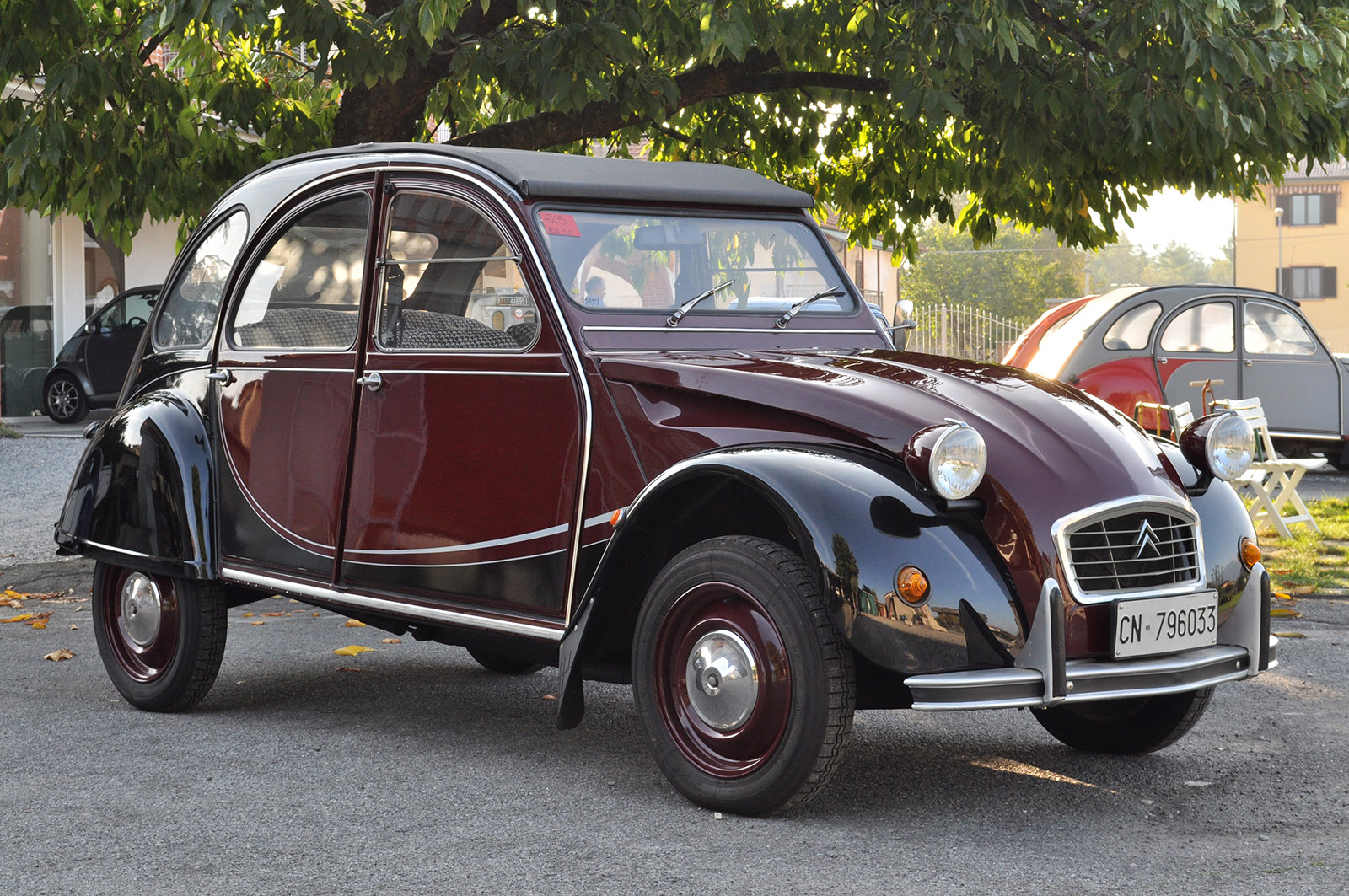 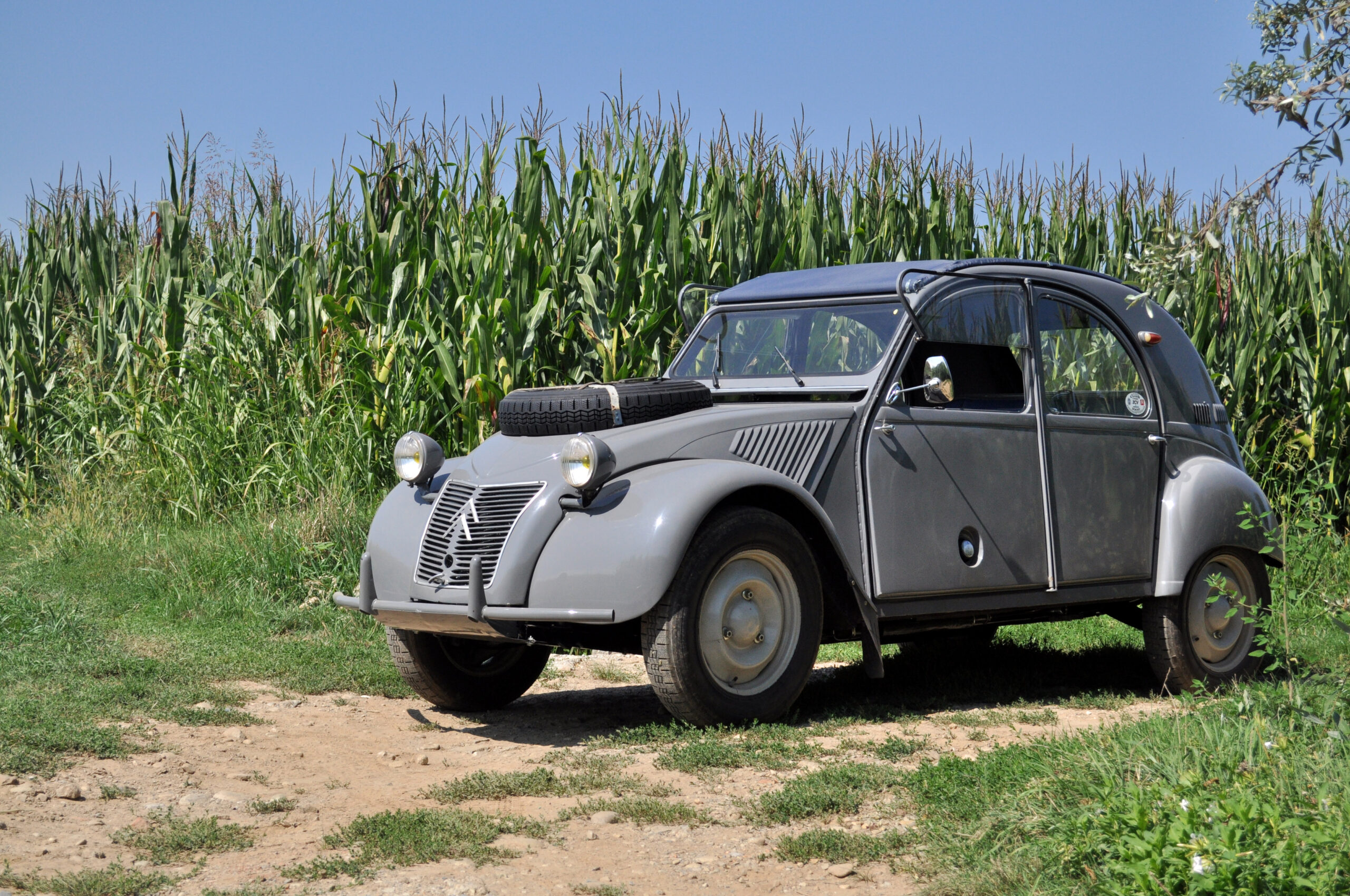 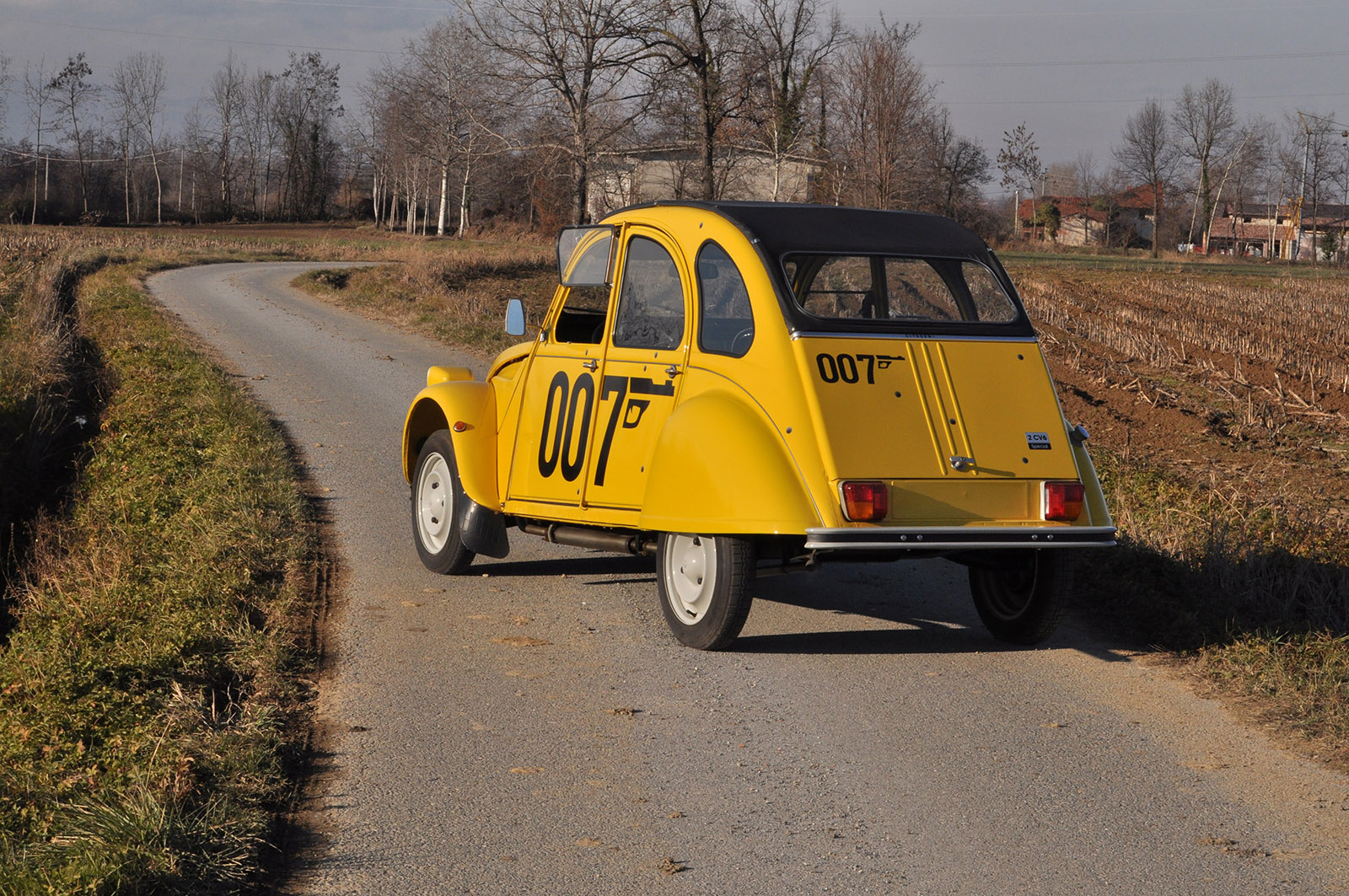 Space, lightness, agility. The four-door steel body of the Citroën 2CV was not designed to be self-supporting and, like most add-ons, was bolted to the chassis. Instead of a fixed steel vehicle roof, the vehicle was equipped with a waterproofed cotton roll-up roof to make the vehicle lighter and increase the well-being on board. The driving behavior of the Citroën 2CV was characterized by a rather good mobility even off the asphalt roads and by a significant lateral inclination when cornering. Due to the lightweight body, low-slung boxer engine and tank, there was a favorable center of gravity, so tipping was almost impossible. Initially, all vehicles were fully equipped with drum brakes. Starting from 1981, front disc brakes have been installed. 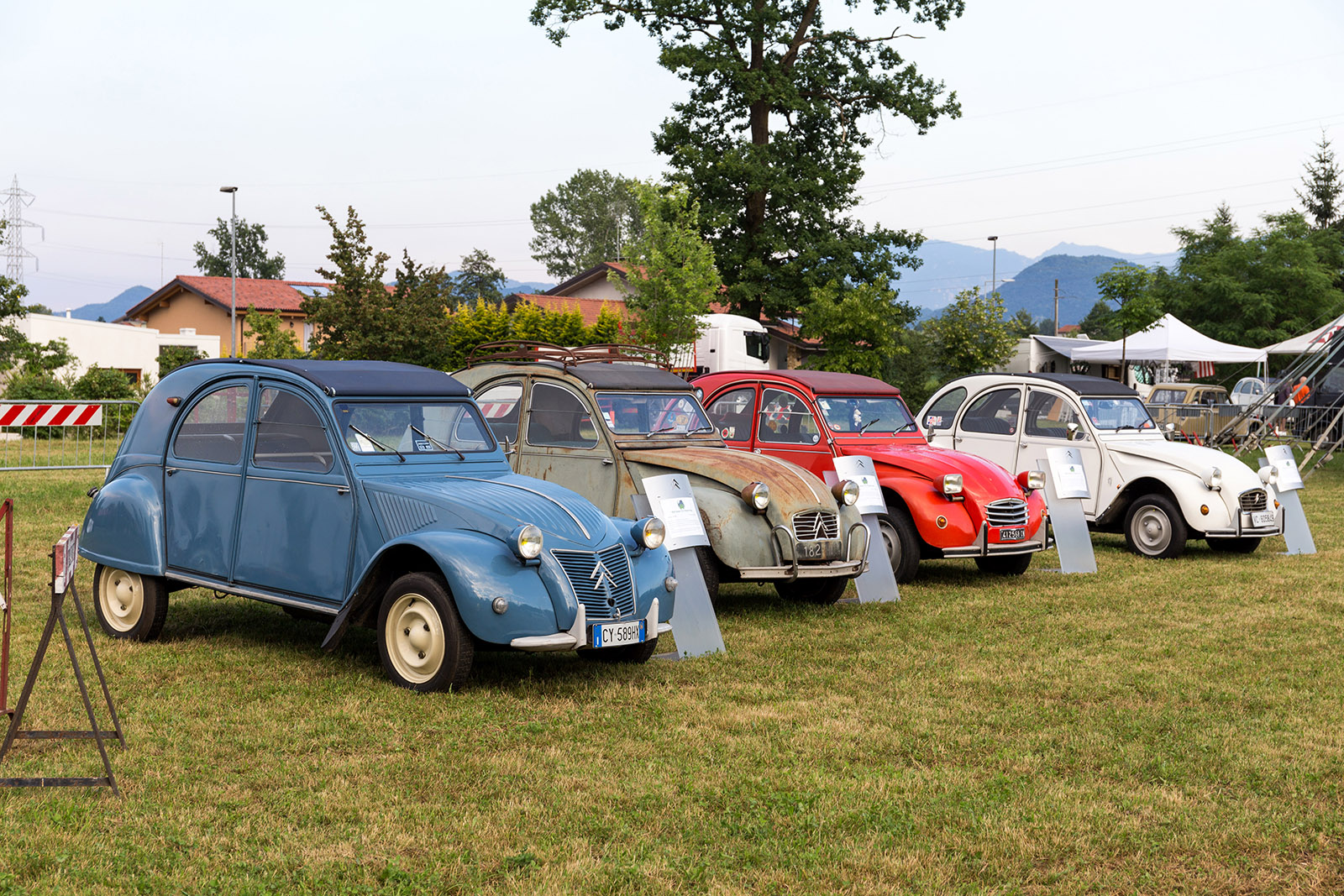 Checks before purchasing. Here are the advice of Franco Grosso, president of the Citroën 2CV and Derivate Club, on the possible pitfalls to check before opening your wallet. First of all, even if it may seem trivial, it is very important to check the vehicle documents carefully: all the model codes, chassis and engine numbers on the registration certificate must correspond with those stamped on the car. In fact, it is not difficult to find some 2CVs equipped with Dyane documents for sale on the Internet and vice versa.

Pay attention to the frame. That is the load-bearing platform that supports all the mechanics and to which the body is anchored. The chassis is sensitive to corrosion and violent shocks. It is therefore essential to check both above and below the absence of traces of postpone repairs, evident signs of perforating rust, any bending due to impacts or an advanced state of deterioration. The fragile points of the frame are essentially in correspondence with the body attachment and suspension attachments, in addition to the struts that support the engine at the front and those that support the tank at the rear.

Due to past shocks or piercing rust, the frame can bend. An expert eye realizes this by looking at even just the parked car; for a novice the points to check are:

1. Whether the steering is hard or soft;

2. If the front hood closes properly;

3. If the “light” between the front triangle above the mudguard and the mudguard itself is regular or abnormal;

4. If the headlight bar “protrudes” from the engine compartment exactly in correspondence with the slot left in the bonnet.

After years of driving. The suspension itself is unlikely to be in really bad shape. Sometimes you will find the sill springs pierced by rust but this problem shouldn’t scare you, however it is necessary to check the condition of the four shock absorbers, often tired. 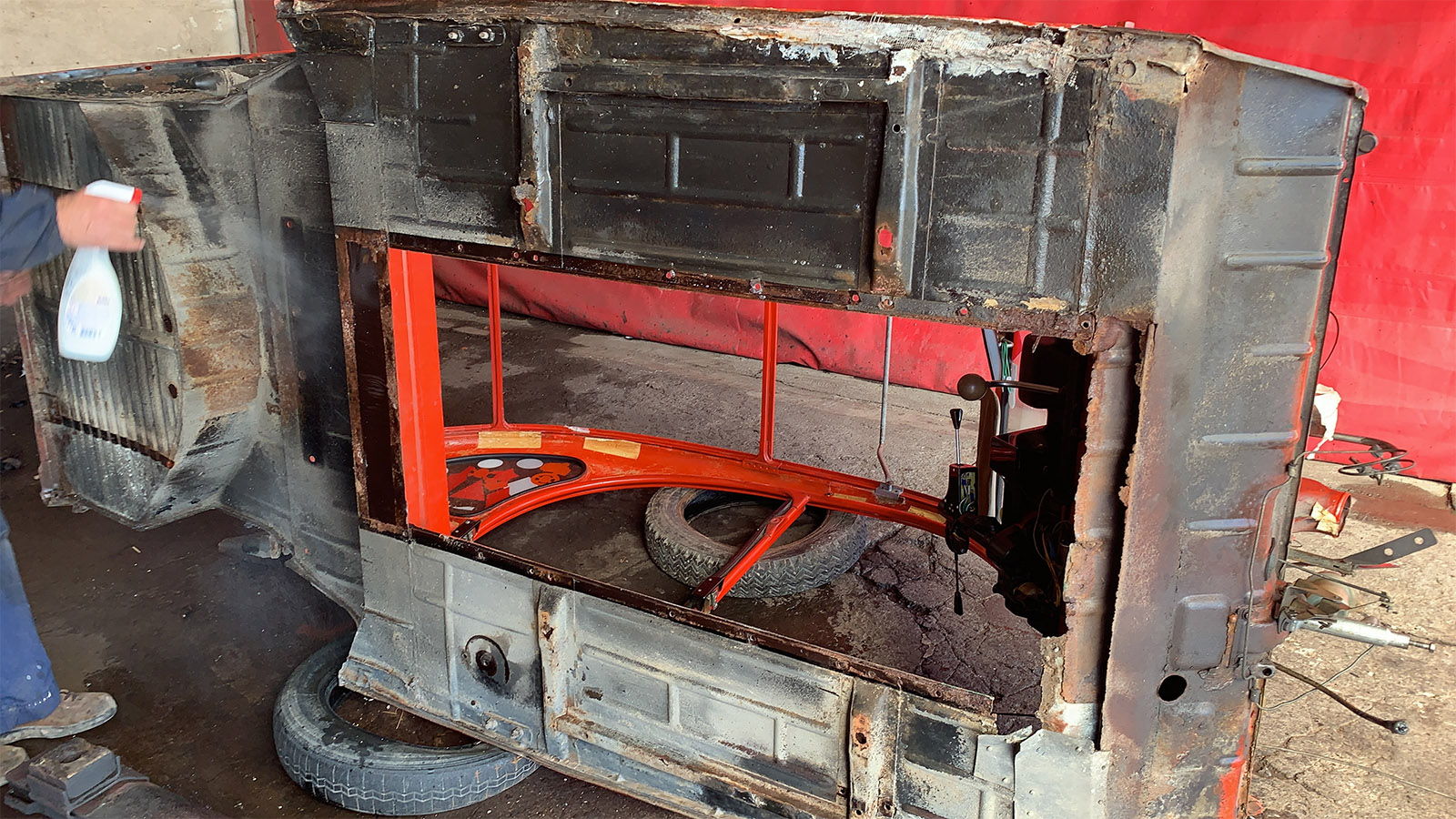 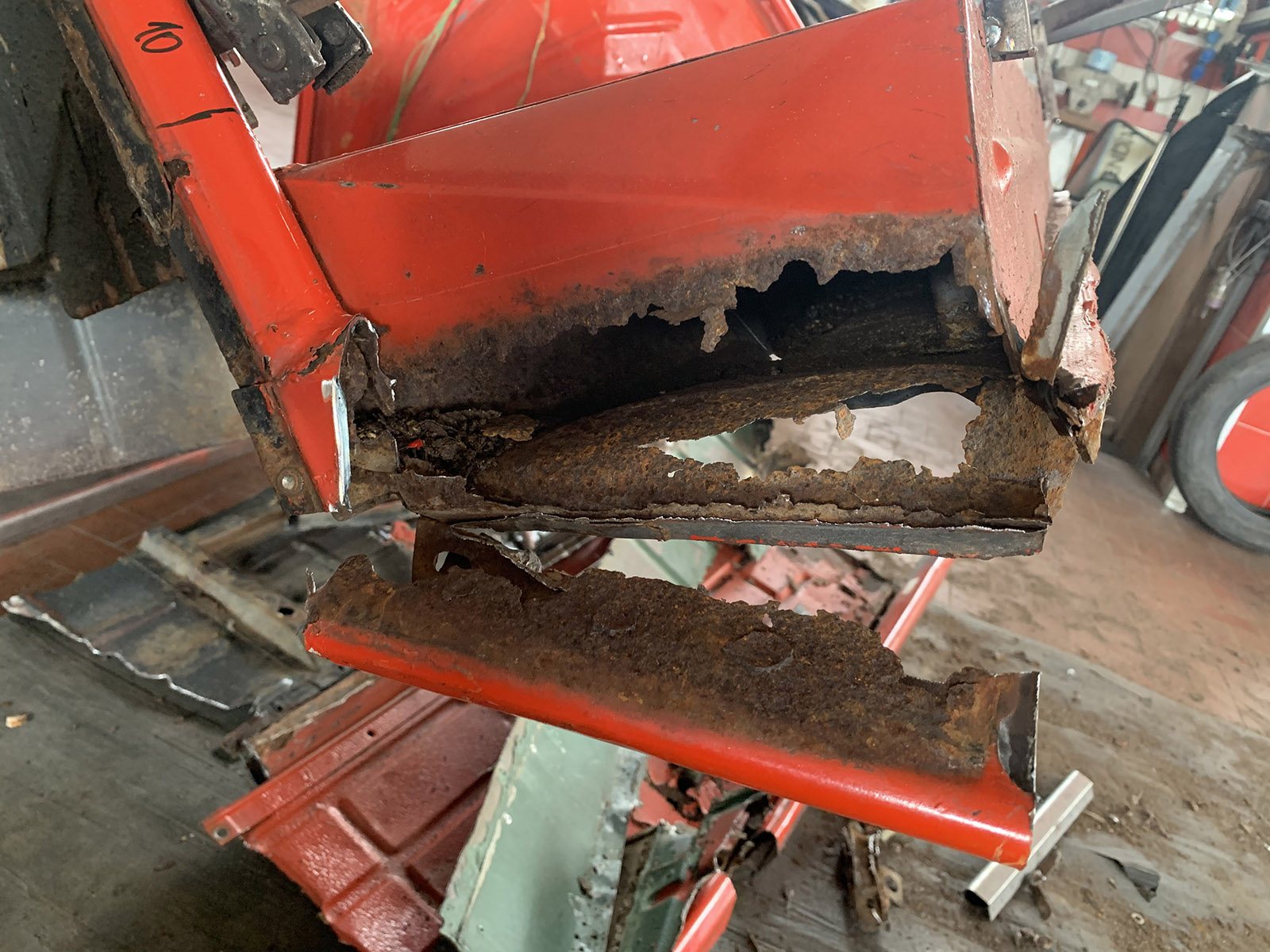 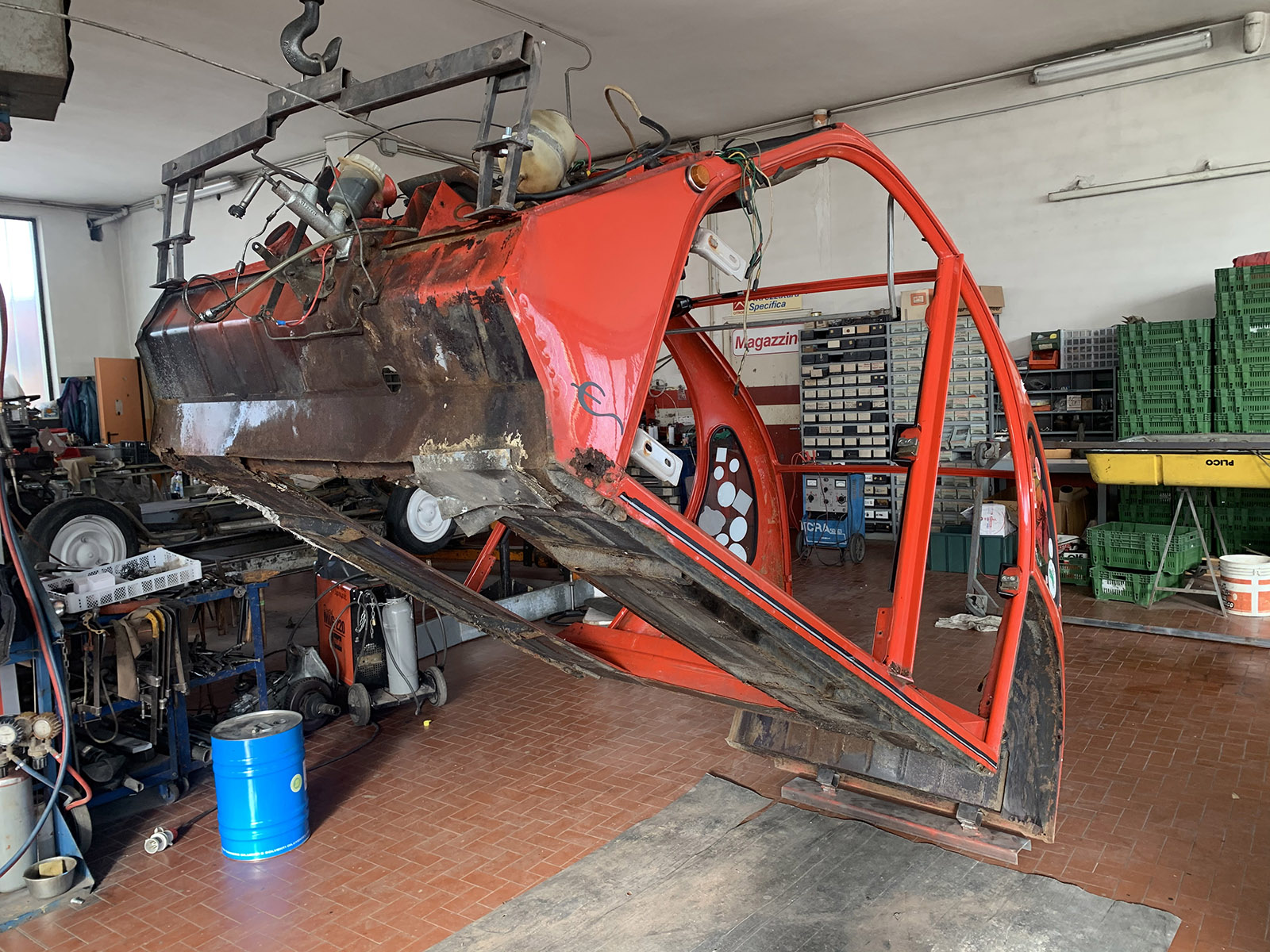 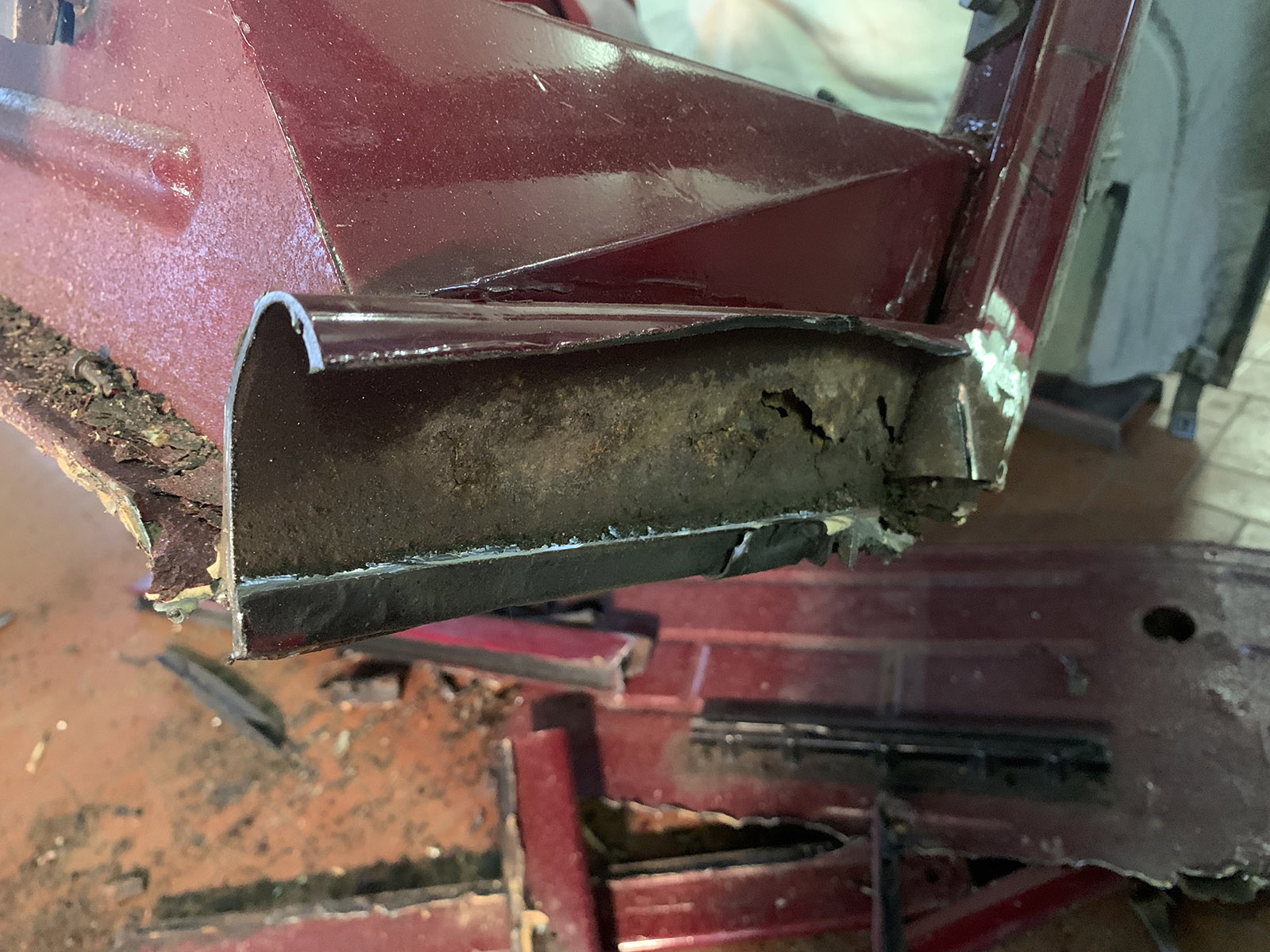 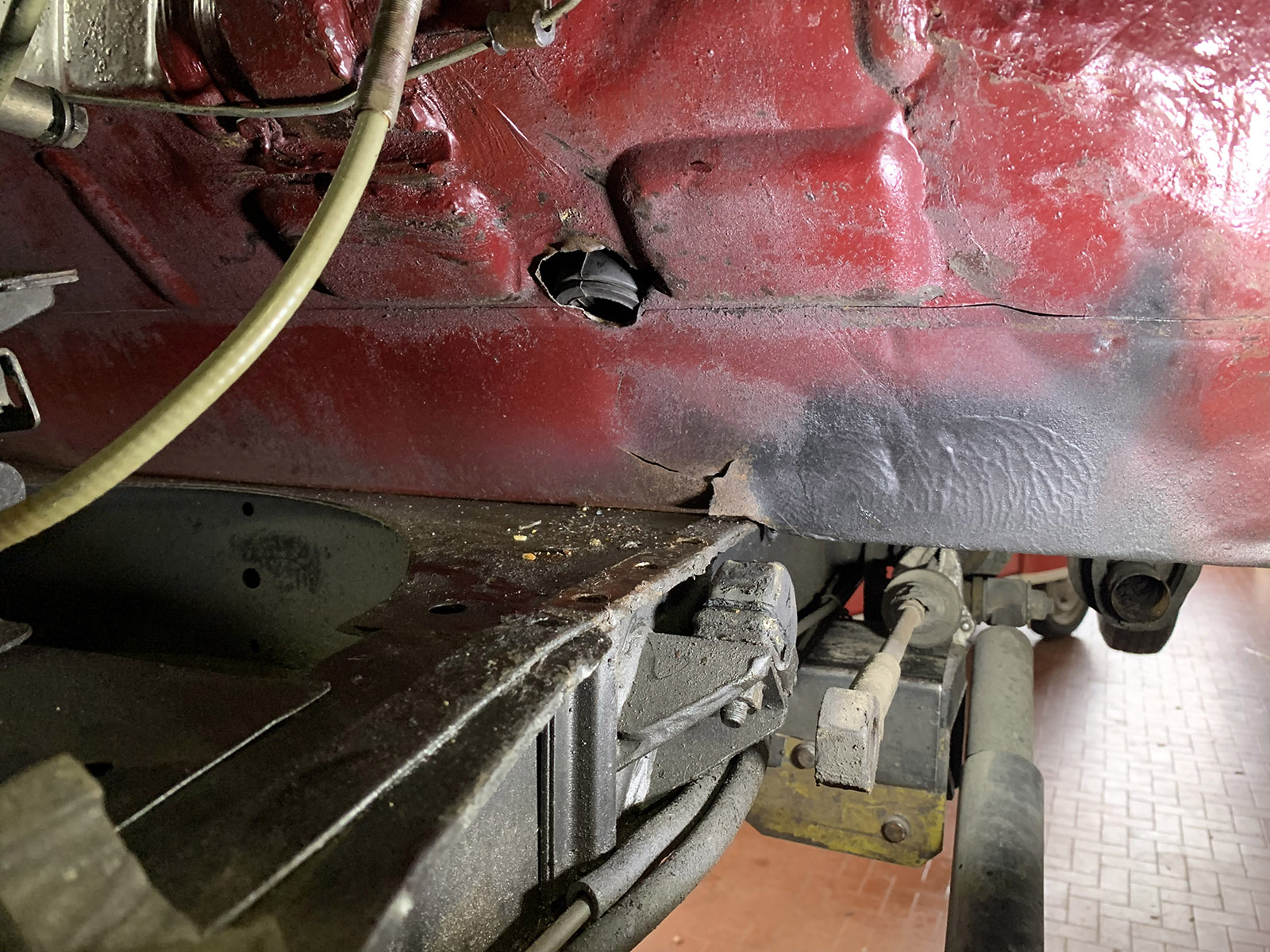 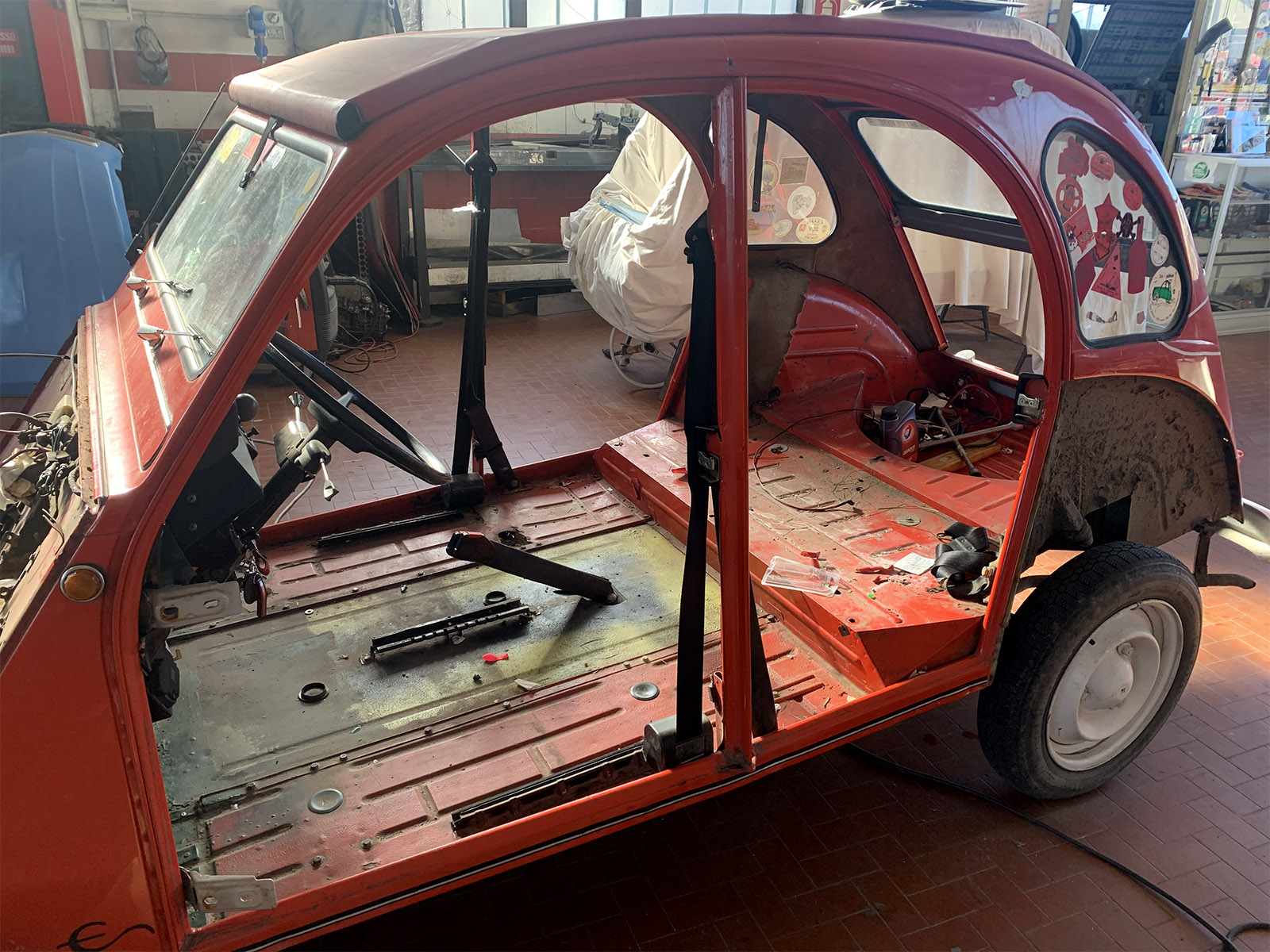 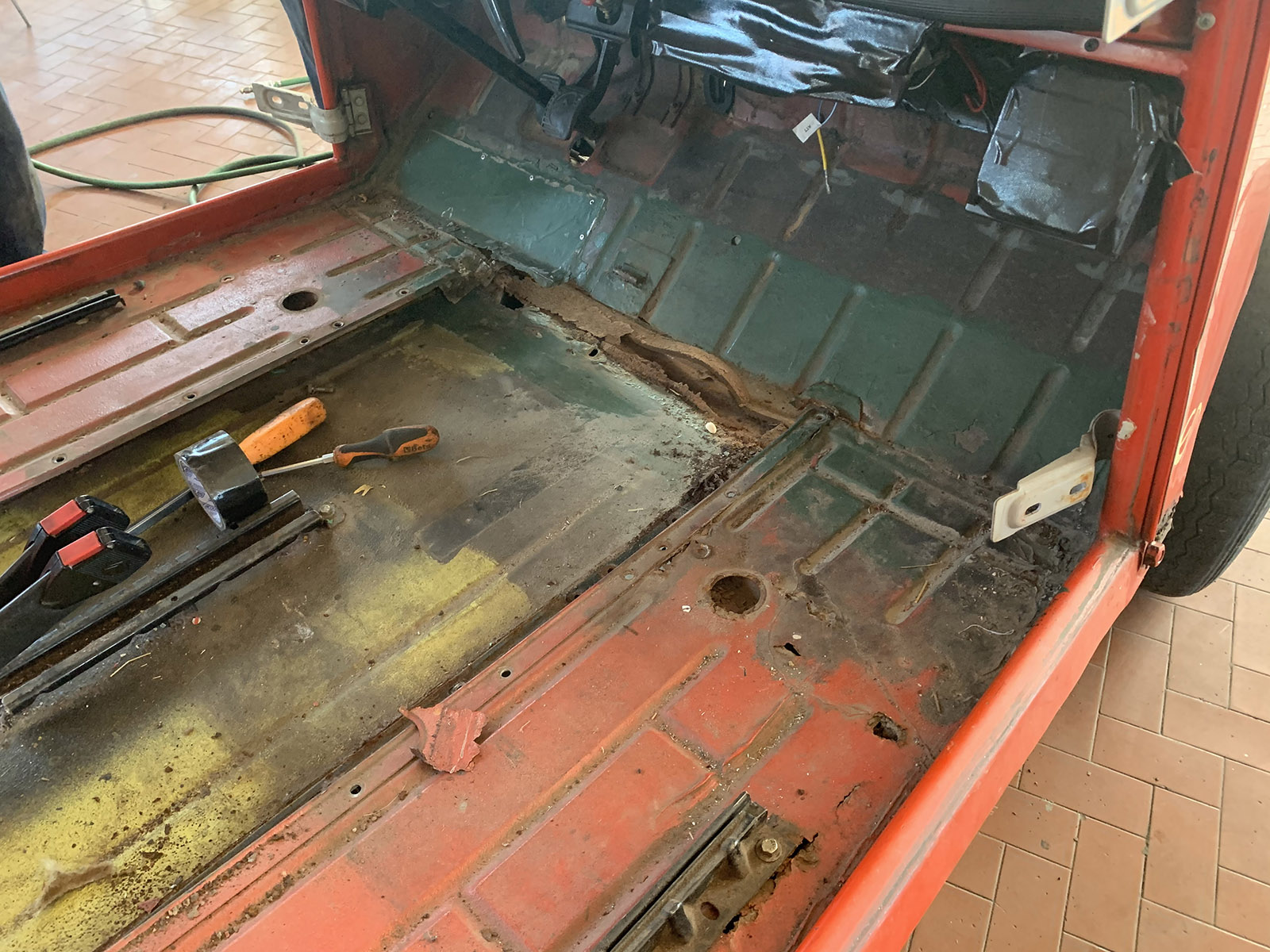 Asa 1000 GT, a jewel for true connoisseurs. A Buyer’s Guide 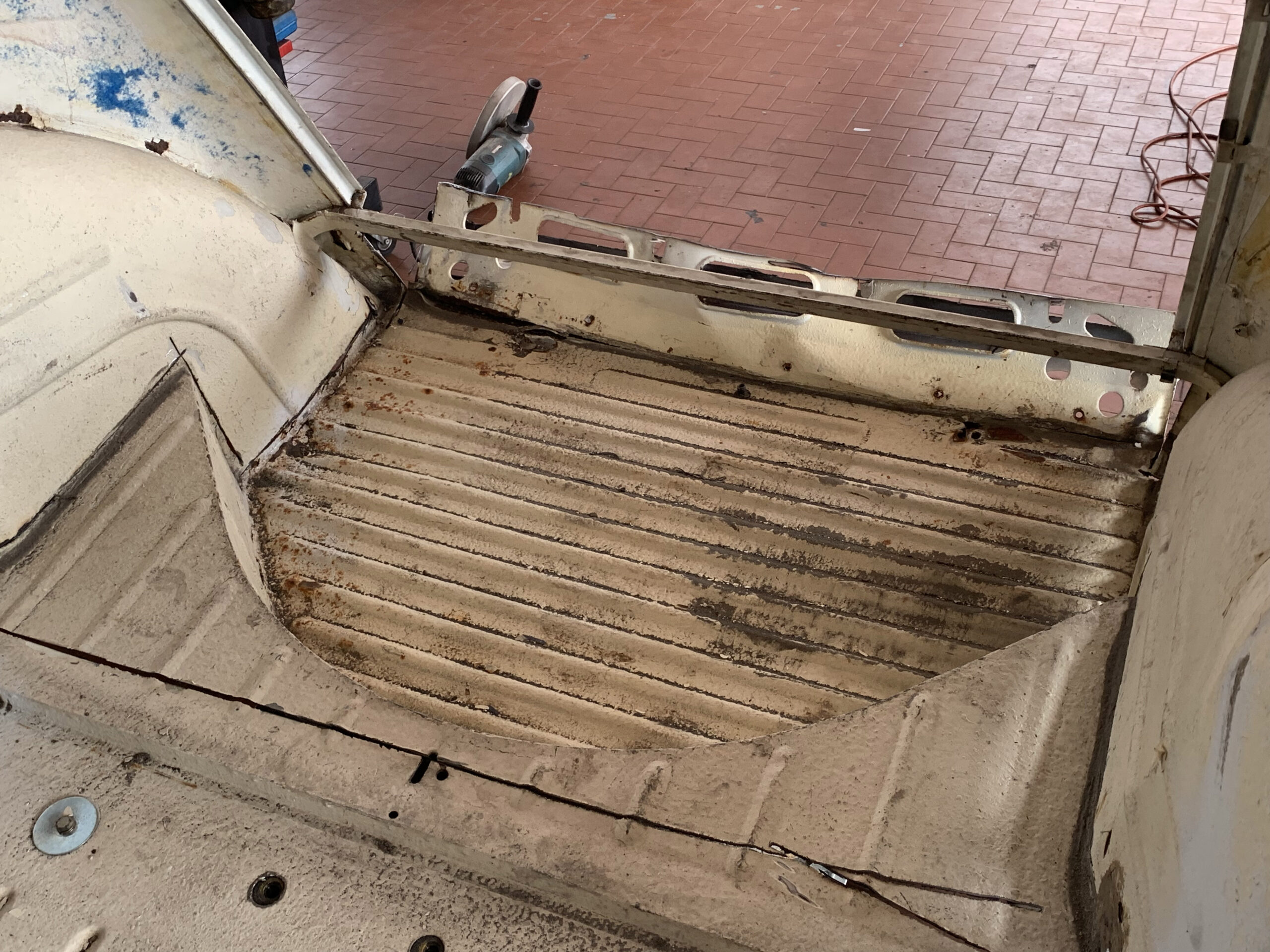 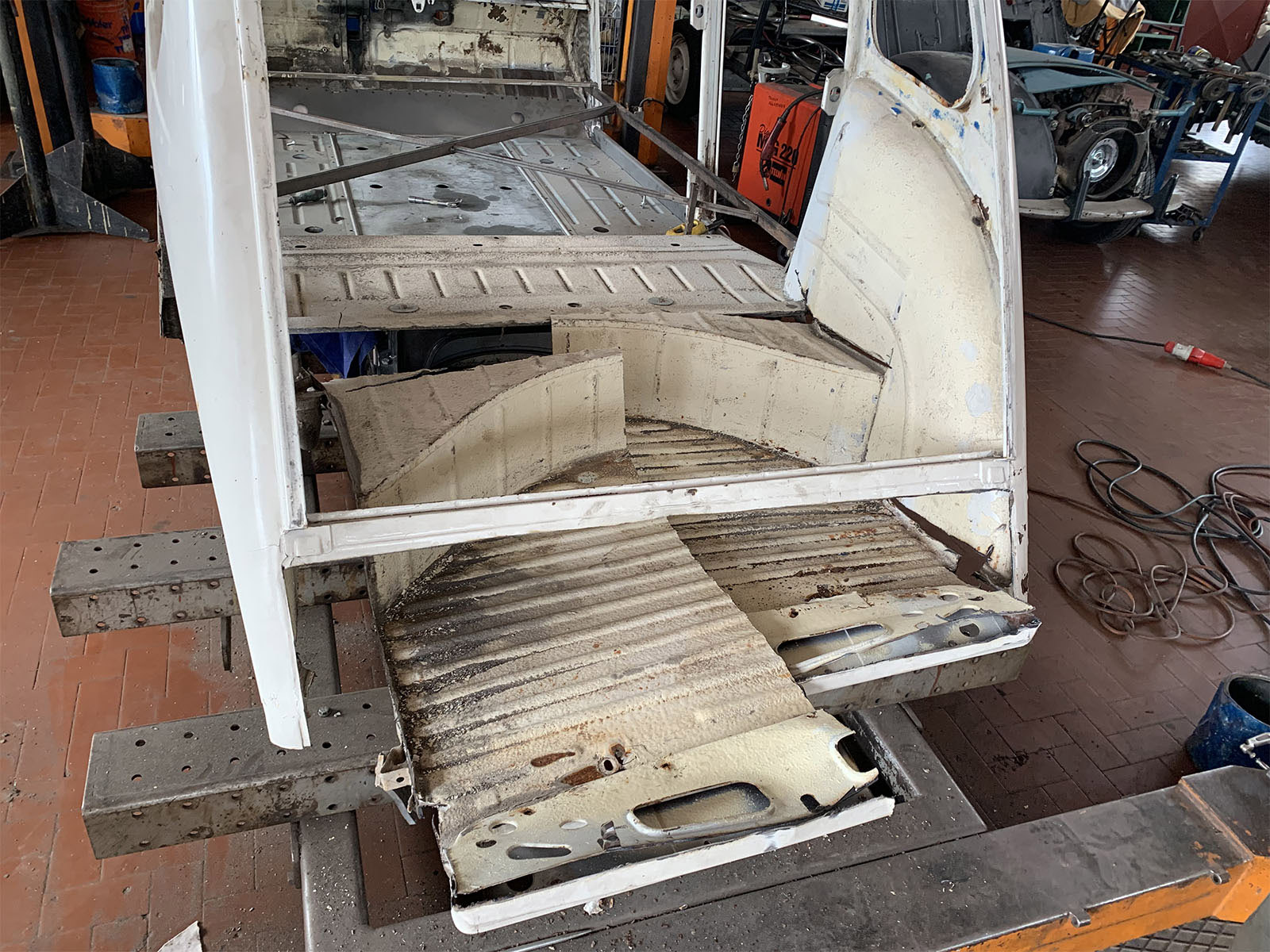 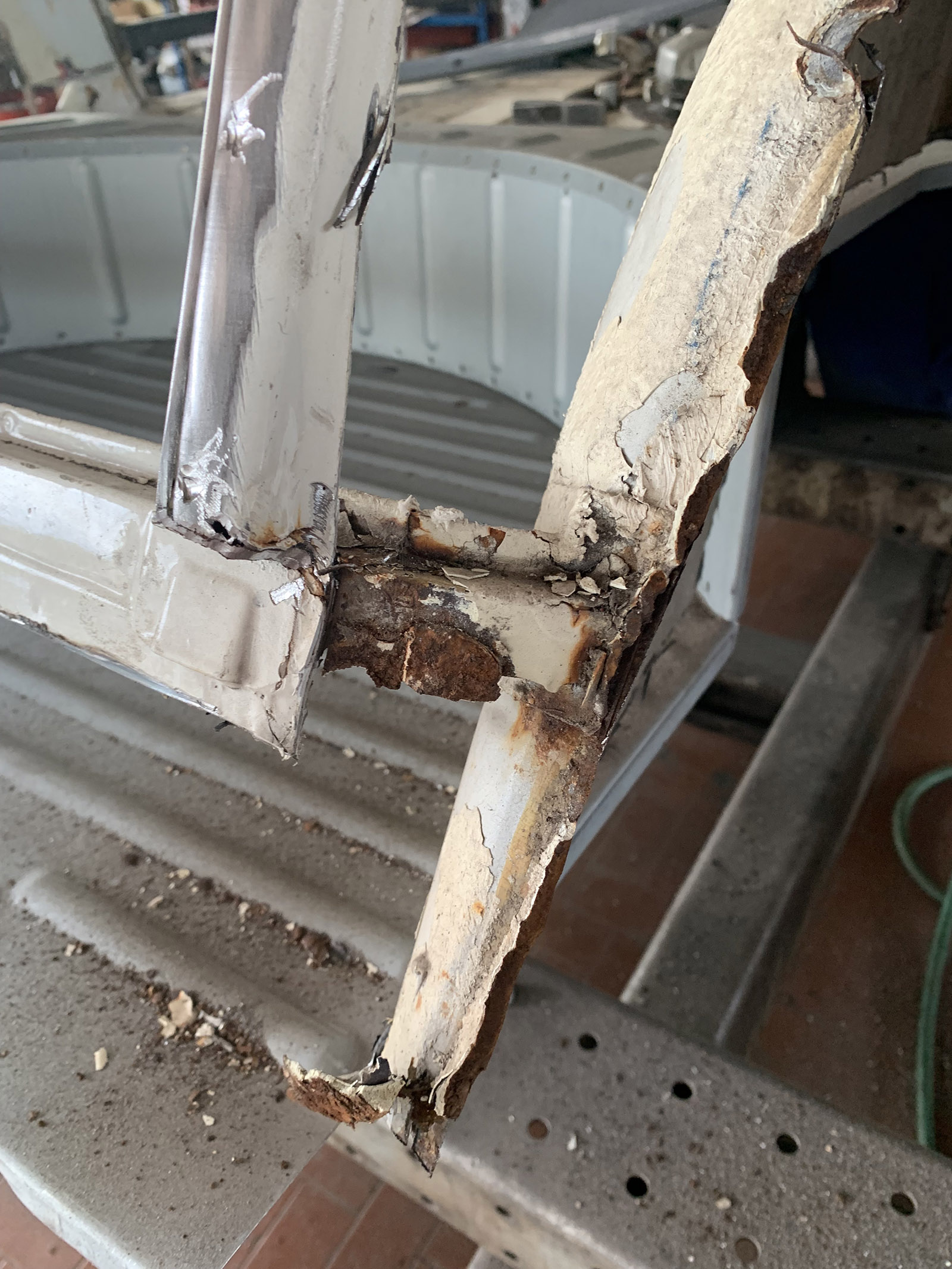 What to check in the body: first of all, pay attention to the front “footrest” platforms. To realize the seriousness of the situation, just raise the front mats: if you find a ribbed sheet underneath, everything is ok, if you find a smooth welded sheet, or tar, or even fiberglass or even a hole that makes you glimpse the asphalt, then there is nothing to worry about. The transverse part under the pedals is also very sensitive to rust, particularly at the height of contact with the frame.

1. The side members are often nicked by rust at the height of the front seat belt attachment, you can see this by opening the rear door. It is very important to stop and observe well, very often skilled plastering and filling hands can be good at hiding huge chasms that compromise the structure;

2. Pay attention to the rear wheel arches at the height of the abdominal belt attachment;

3. Inspect well the door crossbar, with headlights and rear license plate: also in this case it is not at all strange to find cars covered with stucco to hide all the joints and the natural and original points of the factory sheet. It is also good to take a look at the sides of the cross member, in that small sheet metal triangle that connects it with the post fenders, another very sensitive point and very exposed to shocks and therefore to quick repairs. The points of the spot welder must always be clearly visible and the joints of the various pieces of sheet metal must be marked: if everything is “too smooth” there is something wrong.

4. Check the windshield panel, that is the frame, especially in the lower part, prey to the humidity that stagnates under the seal but also at the top – more rarely – at the height of the hood attachment;

5. Pay attention to the fixing hinge of the bonnet, same as for the rear cross member. Most often it is filled with putty and putty to mask;

6. In the bottom of the trunk, humidity and rain residues always stagnate, so during the pre-purchase check phase it is necessary to empty the trunk of everything inside until you get to thoroughly inspect the bare metal sheet with all its natural corrugations;

As far as the mechanics are concerned, there are not many risks, if the engine is not blocked it is easy that it can easily do many more km after a simple oil change and a few adjustments. If you are looking for originality, read up well before purchasing if the year / model you want to take home was then equipped with disc or drum brakes, because the change is very frequent. 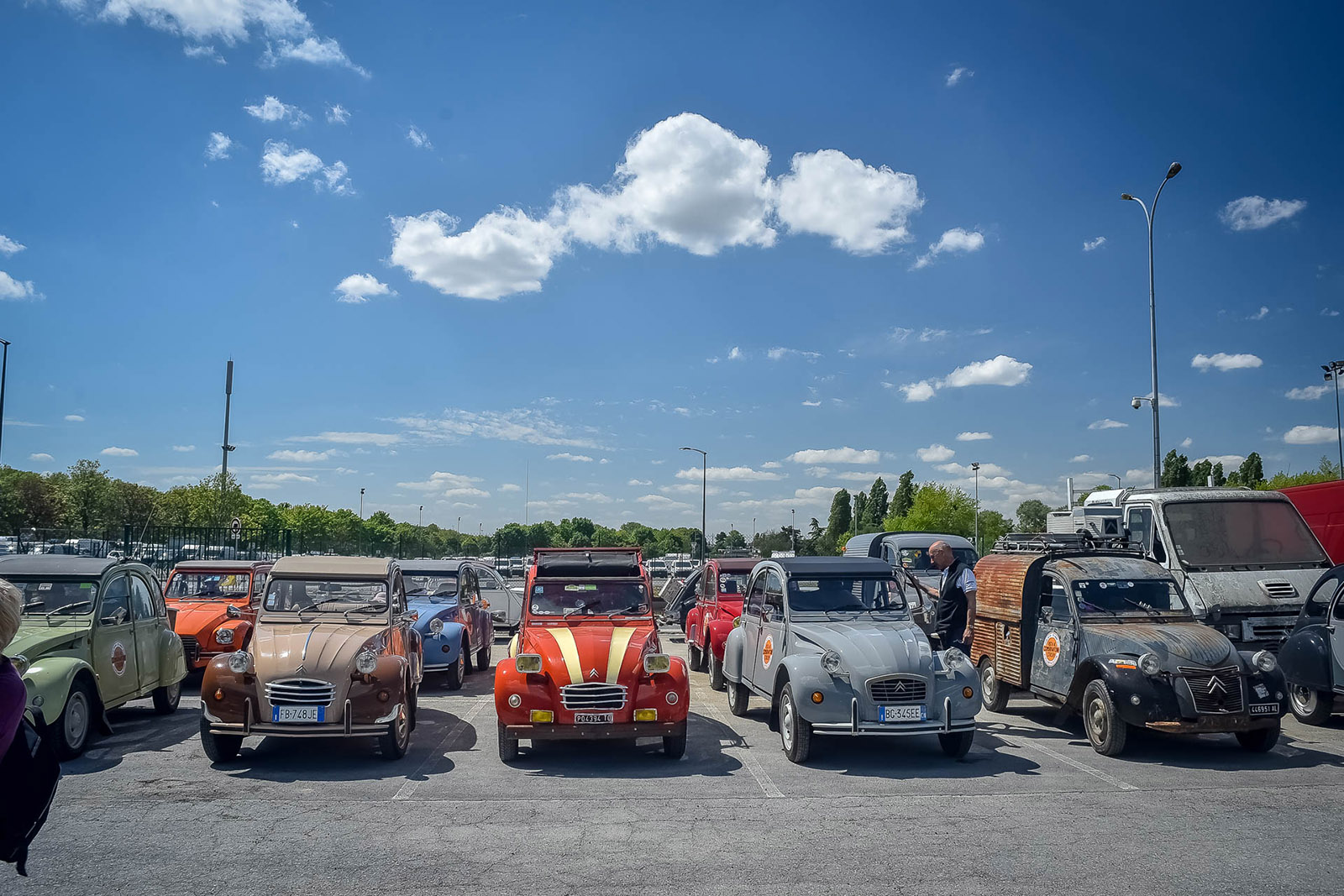