Back to origins of Fiat design with Dante Giacosa

Born three years ago with brand new tours, Speed No Limits Tour offers full immersion programs in motorsport and in the typicality of Italy

Four days dedicated to motoring passion, wandering through museums, legendary places and savoring the food and wine of the territories. This is the exclusive offer of Speed ​​No Limits Tour, a company specializing in original tourist routes, different from the usual, in the Italian attractions. “The tours are intended both for those with an interest in engines, also in modern ones, and for those who are simply curious to discover the history of certain brands and the important role that Italy had in the development of the automobile”, explains the owner Mitia Wladimir Adesso. Then there is the gastronomic breaks, with lunches in typical restaurants and specialty tastings in cult places such as the Cova pastry shop in Milan, the Grappa Nardini factory in Veneto or the Venturini Baldini wine and vinegar estate in the Emilia hills. 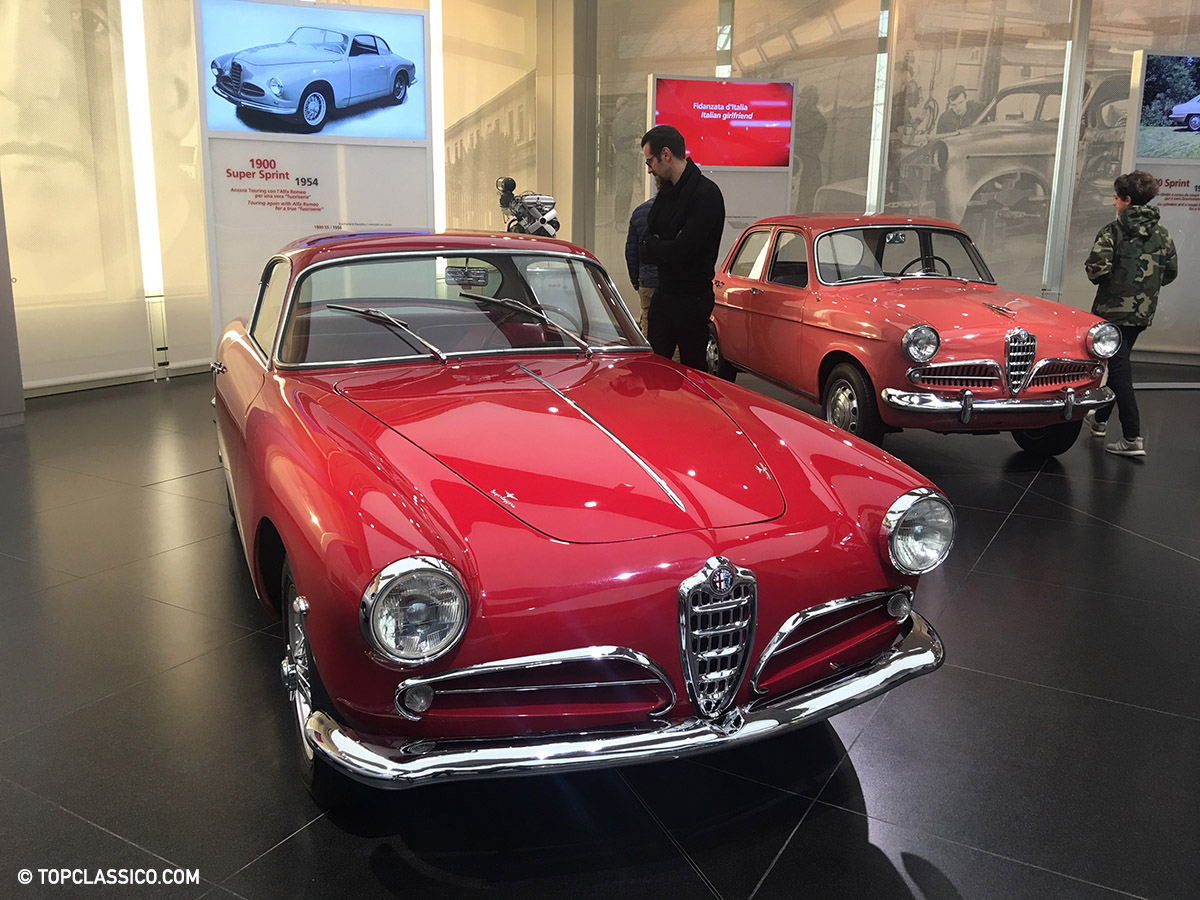 On the side of the ladies

Thanks to this formula, which includes stops in town’s centers and greedy stops, all the packages developed in various areas of the Boot are also “experiences to be enjoyed as a couple“, continues the creator, a professional tour guide. In any case, whether they are made up of husband and wife, groups of tourists, groups of friends or future friends, the maximum number of members for each tour is 6 people. Small groups for a very high quality standard. Journeys are all in comfortable private minibuses and always start and end in cities served by high-speed trains such as Milan, Rome, Verona, Turin and Bologna to allow participants to easily reach the meeting points. But let’s see in detail some of the possibilities to choose from, while the Speed ​​No Limits Tour App will be available in the next days with the tours detailed step by step and quizzes on engines and food specialties.

Between Lombardy and Veneto

The “Motori da Bere” (“Engines to drink”) tour starts from the Alfa Romeo Museum in Arese, on a path that winds through the history of the Biscione from its inception in 1910 to the great achievements on international circuits, up to the modern era. The next stop, after lunch in the center of Milan, is at Cova, one of the most famous pastry shops in the city, founded in 1817. The next morning starts with a circuit where every motorsport fan of any era would like to go at least once in their life, namely the National Monza Autodrom. Here it is possible to take a guided tour of the circuit, with the thrill of plowing the same asphalt as the pre-war single-seaters. 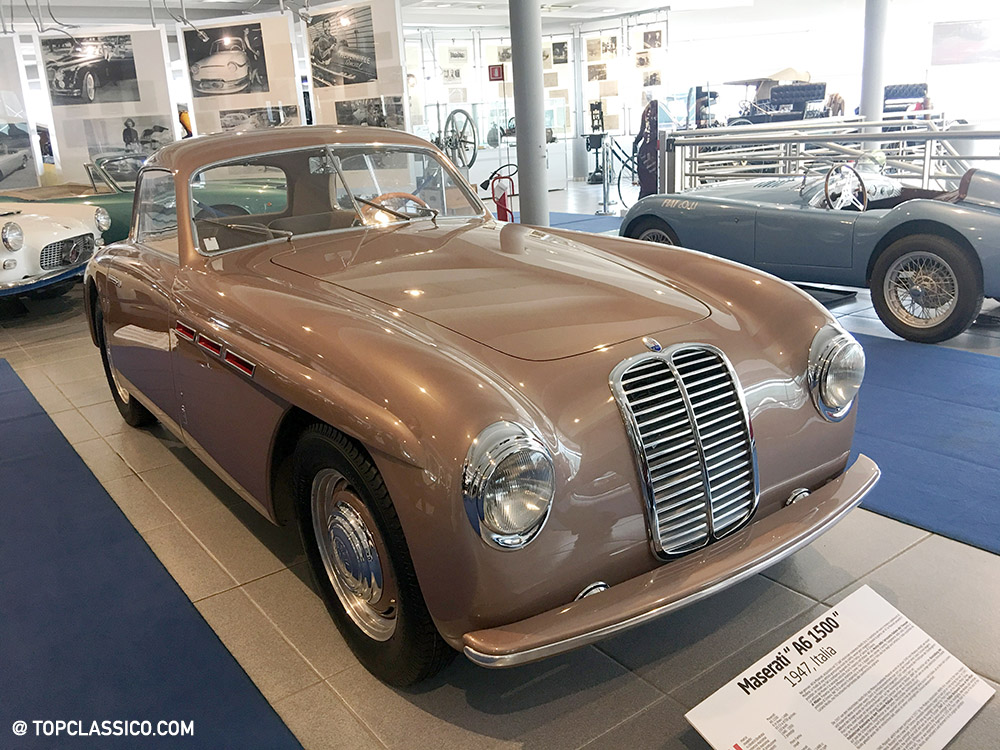 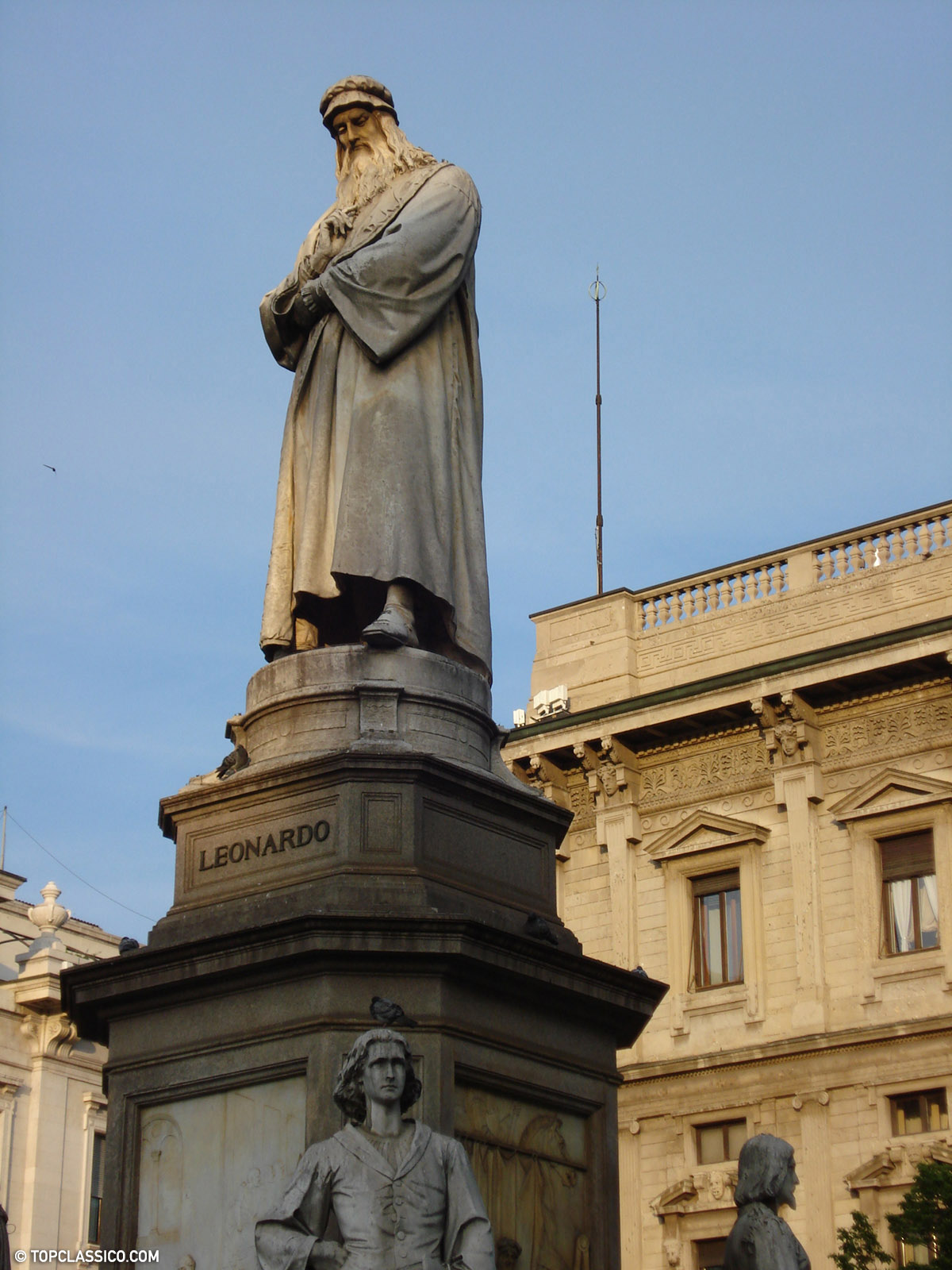 Tribute to the genius

In the afternoon, “Motori da Bere” resumes with a visit to the museum dedicated to Leonardo da Vinci. On the third day we change scenery, moving to Veneto for a visit to one of the major Italian museums of historic cars, the Nicolis Museum in Villafranca di Verona. After lunch in Bassano del Grappa, the next visit is of the Bonfanti Vimar Museum, a small but significant reality that testifies to the region’s motoring passion. Later on, before returning to Verona, a break at the distillery of the famous Grappa Nardini, along the Brenta river, is a must. The last day takes place again in Lombardy, this time in Brescia, for a tour of the Mille Miglia Museum with lunch on site and dessert in the heart of the city no less than in the famous pastry shop of Iginio Massari. And at this point could we miss a jump in the museum collection dedicated to Tazio Nuvolari? Obviously the answer is no and the tour ends in a tribute to the one who’s considered the best driver of all times in his Mantua. 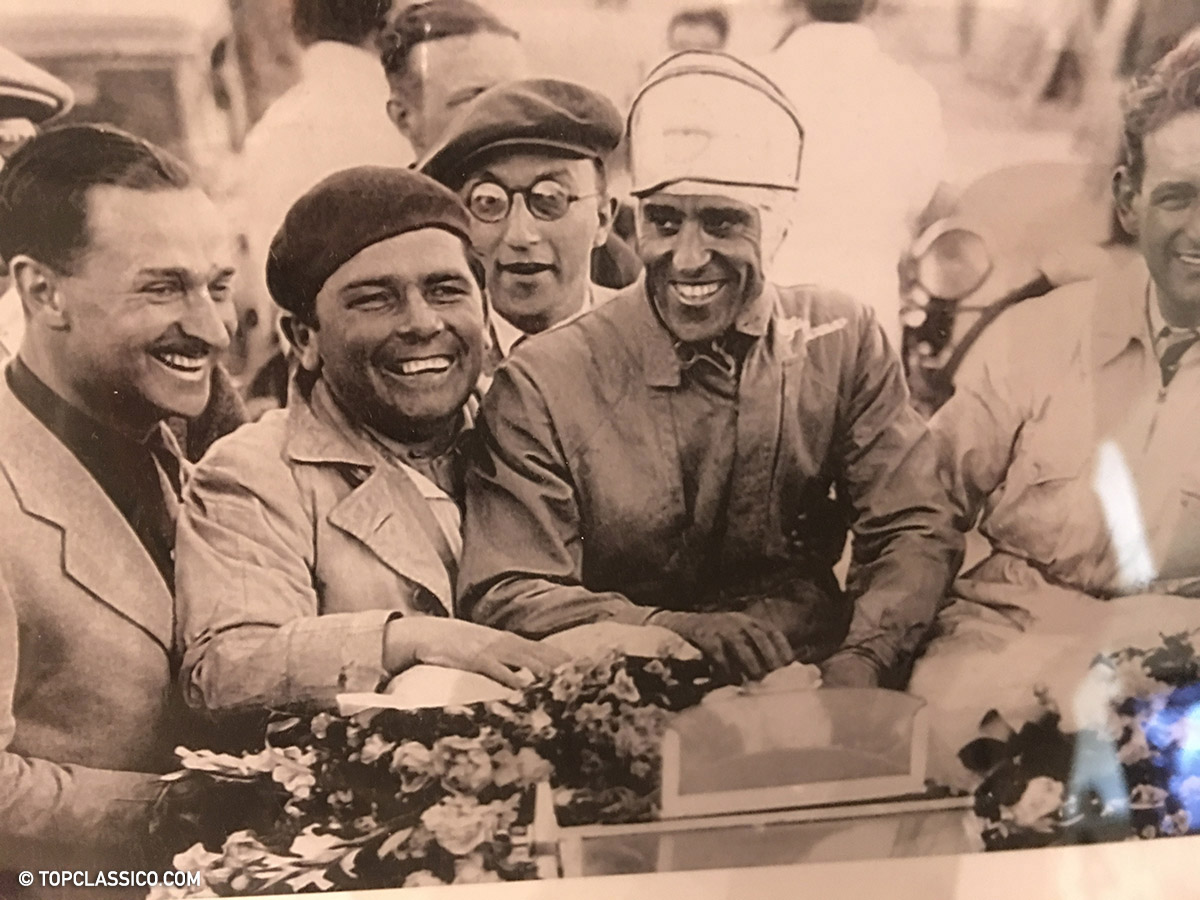 The treasures of Central Italy

An App to revolutionise specialist car ownership for the next generation

The “Motori Arte e Sapori” package (“Engines Art and Flavors”) starts from the Ostiense Station in Rome and takes the participants in six days of exploration among stables, oil mills and walks in enchanting places in Lazio and Umbria. One of the highlights is undoubtedly the stop in Civita di Bagnoregio, with the Taruffi Museum, but also Lake Bolsena and the Museum of Printing and Education in Montefiascone guarantees memorable experiences. Furthermore, wonders such as Rasiglia, an enchanting Umbrian village full of waterways, the Monsters Park in Bomarzo with tastings in wine bars and the Museum of Wine and Agri-food Sciences of Castiglione in Teverina are wonderful treats. Another super destination is the Scuderia Traguardo Museum, which lines up vintage cars and motorbikes, custom-built vehicles and vintage jukeboxes in the oldest workshop in the city of Amelia. The last gem of the trip is the Vigna di Valle Aeronautical Museum, which in also offers the opportunity to have lunch on site.

“Motori nascenti” (“Nascent Engines”) accompanies participants around the Piedmontese motor, food and wine realities, starting from the National Automobile Museum in Turin. The itinerary touches the historic cafes of the city and the Lingotto, other than the birthplace of Vincenzo Lancia in the town of Fobello. There are also many food productions and places of cultural heritage of the surrounding areas included in the tour.
“The Genesis of Motors” package also includes a jump into Lombardy, with a route between the two regions. It begins with a visit to one of the oldest car exhibitions in the world and allows participants to see, among other things, the Fiat Historic Center. While an unmissable tour of the Italian “Motor Valley” will lead to the discovery of Bologna, the Ferrari museums and an all-female car restoration workshop, the Scuderia Belle Epoque, through a tour called “Velocità Vorace” (“Voracious Speed”). Among the highlights of this program there is a visit to the former Bugatti factory in Campogalliano.

Each tour participant will be given a Welcome Kit from an Italian Ferrari club. 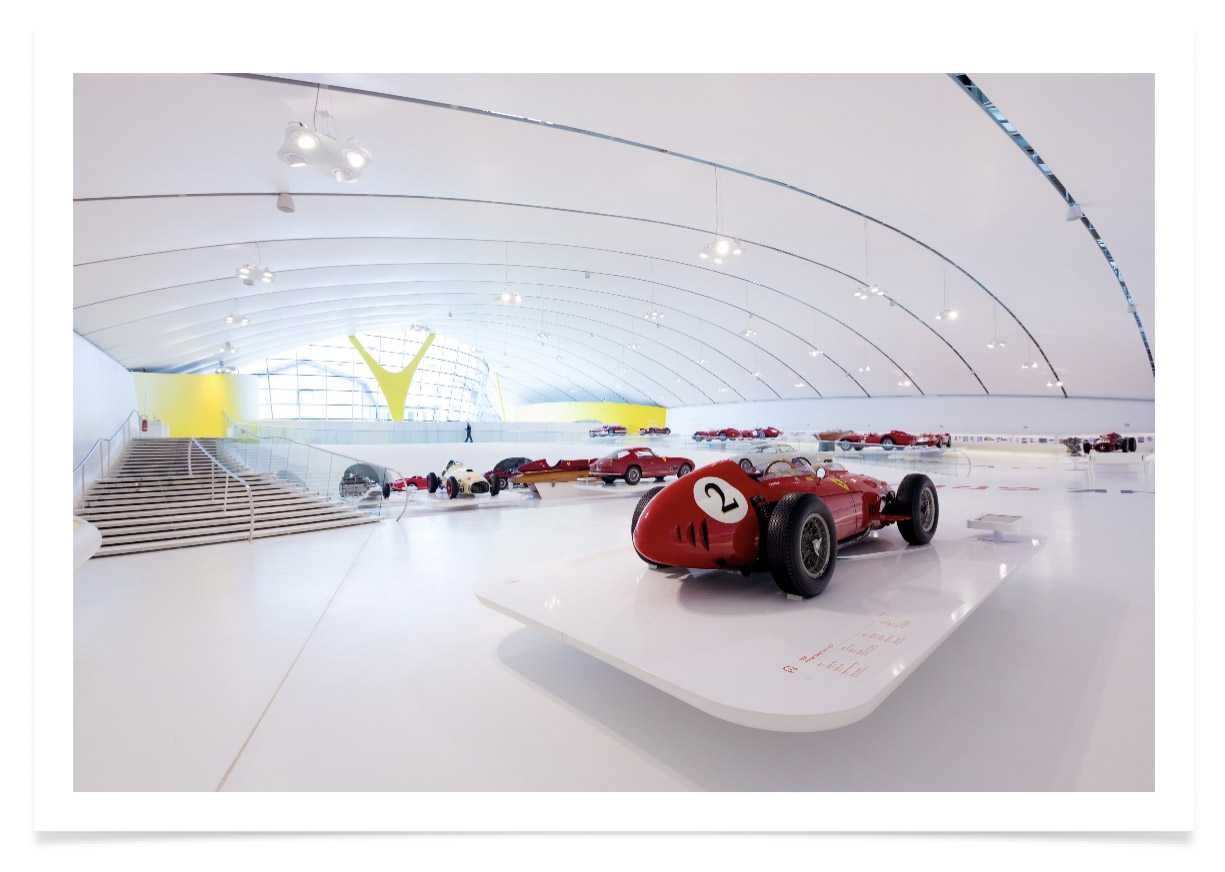 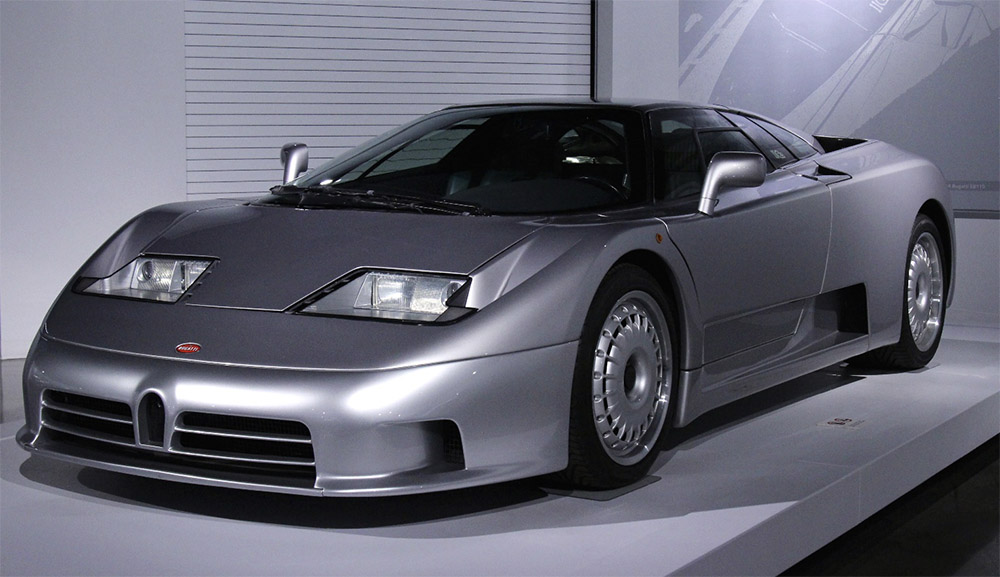