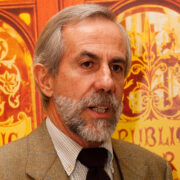 This year 90 candles are blown out by the first mass car widespread in Italy, launched in 1932. A best-selling utilitarian much loved by collectors and an unfailing lady of regularity rallyes. Let’s take a closer look with a series of tips for those wishing to include this splendid fragment of Italian history in their garage

On April 8, 1932, Fiat launched the 508 Balilla model, strongly desired by Mussolini to motorize the nation, to the Duce at Villa Torlonia. The car was presented to the public on the following 12 April, at the Milan Trade Fair, where the fifth Motor Show was held, and put on sale for 10,800 lire. It was advertised as the ‘small car’ for everyone given its extremely low cost and much smaller size than the cars sold up to that time. The posters of the painter Ducovic, in charge of the advertising campaign, indicated it as “Lady’s elegance”, where the Balilla was next to one or two tall and elegant women. The Balilla was produced in the Lingotto factories in Turin in various versions: Sedan, Spider, Torpedo, van and pickup truck, and from the following year also in a sporty guise both closed, with the Berlinetta Mille Miglia, and Spider, with the Coppa d’Oro. Naturally, he also powered the Royal Army and the Carabinieri and made ambulance versions of them. This car was a resounding success both in Italy, where over 113,000 examples were produced, and abroad, where it was assembled or built under license in France (Fiat / Safaf and then Fiat / Simca), in Poland (Polski / Fiat), in Germany (NSU / Fiat), in Czechoslovakia (Walter), in Spain (Fiat Hispania) and in England. Fiat also sold chassis and mechanics without bodywork and this determined the fortune of many coachbuilders, including the well-known Garavini, Castagna, Savio, Balbo, Bertone, Casaro, Ghia, Viotti and Farina. 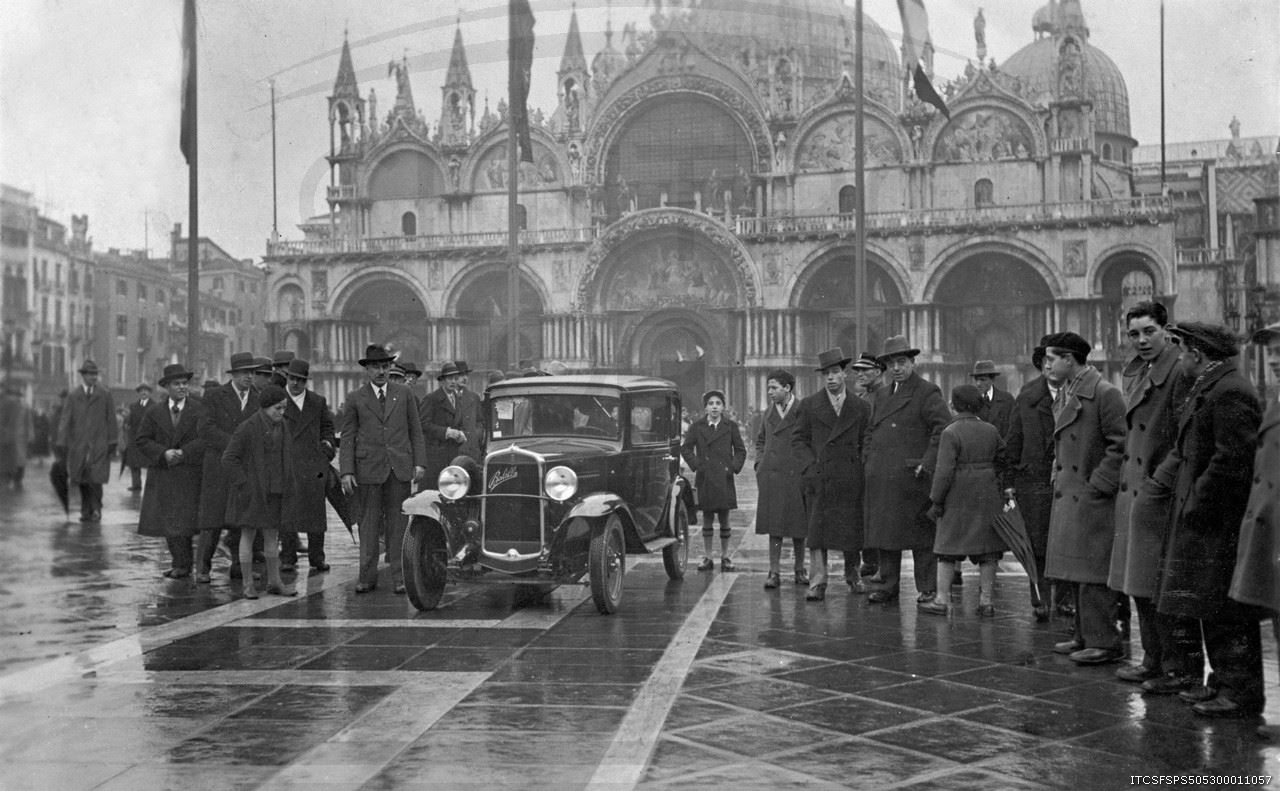 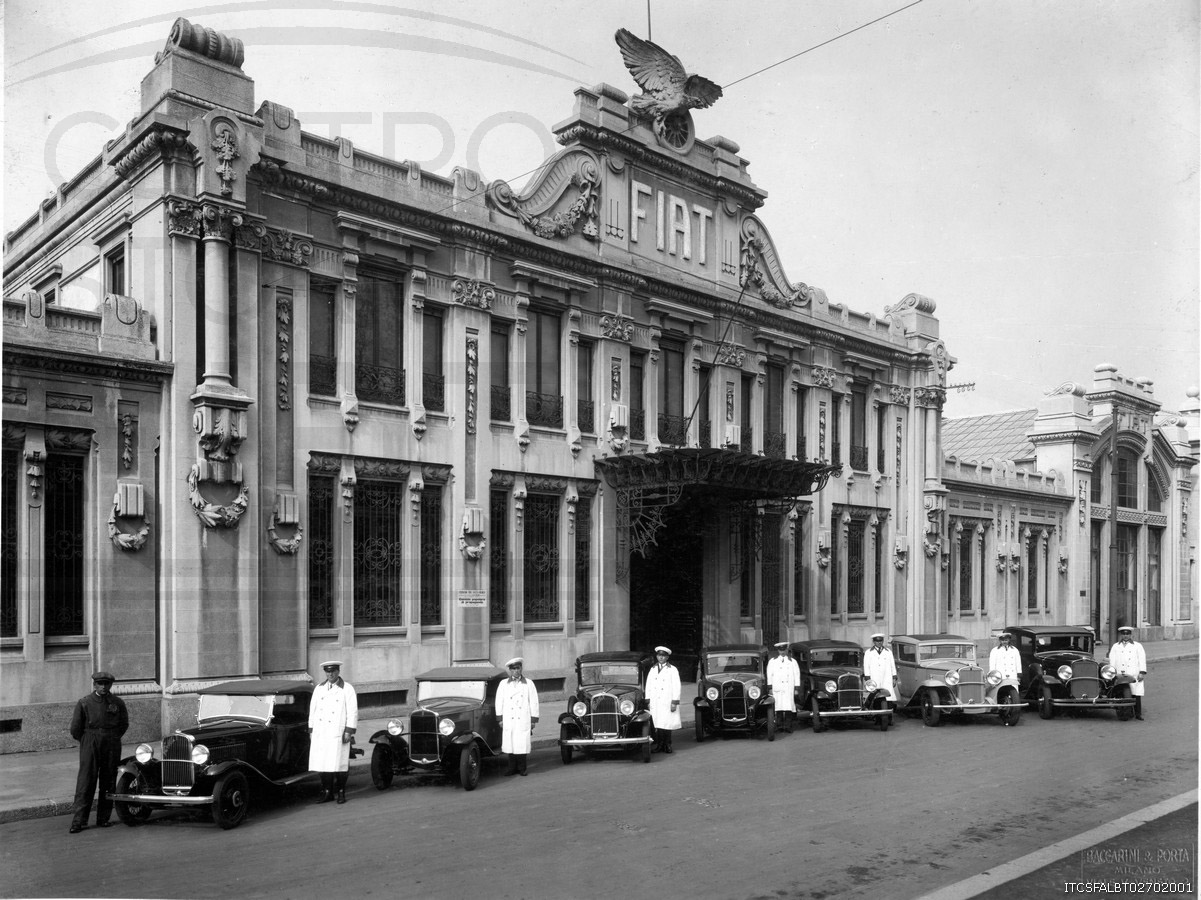 The current Balilla market. The Balilla market is quite lively, even if the pre-war cars are usually not the first vintage car for an enthusiast, but a later arrival, when the taste is refined, and one understands the charm and exclusivity of a car of almost one hundred years. Driving a Balilla, which despite its age is very reliable and easy to maintain, is a dip back in time, in the past of the world of our grandparents. The price of the Balilla varies a lot according to the condition of the car and the variants of the model. In any case, a 3-speed sedan can range from 10,000 to 25,000 euros, depending on the state of conservation.

What to check before buying. The parts to be checked carefully are the originality of all its mechanical components and especially the bodywork, with particular regard to the front and rear headlights and indicator lights. The 3-speed Balilla was born with large front lights and a single round light above the rear number plate. The mushroom-shaped taillights on the front fenders were an extra, as was the larger taillight and with the brake light above the license plate. Only in 1936 the Italian highway code required the stop indicator and arrows for everyone, for which they were added. Other elements of careful evaluation must be the upholstery (which is still found today) and the dashboard instruments (difficult to find). For the bodywork it is important that it is of the right color, that is, of the range used at the time: a ‘fancy’ color depreciates the car a lot. In this regard, it should be remembered that the bumpers of the Balilla (except for the Sport models) were always black, and that the other parts were monochrome, i.e. there were no cars with a two-tone car body. This does not concern custom-built cars (i.e. not built by Fiat), which were set up by the various body builders as requested by the customer.

Watch out for transactions. The agreed price must never be paid in cash: and this not only because it is forbidden (in Italy) but because if you run into any problem you will not be able to prove anything. The transfer of a used asset from private to private is not subject to any taxation (in Italy), so there is no reason not to make payments that are always traceable. If a seller does not accept, it is much better to give up because something is wrong.

Rust. The native metal with which the frames and sheet metal were built, in addition to the chromium content, meant that rust was almost non-existent in these cars. However, the most exposed part and to be better controlled are the bottom of the passenger compartment. In its actual set-up the Fiat 508 had black rubber carpets, and therefore the frequent carpets you find in the Balilla are rear additions that are not standard. Therefore check the funds carefully above and below to verify their integrity. The mudguards and bodywork are usually free from rust. 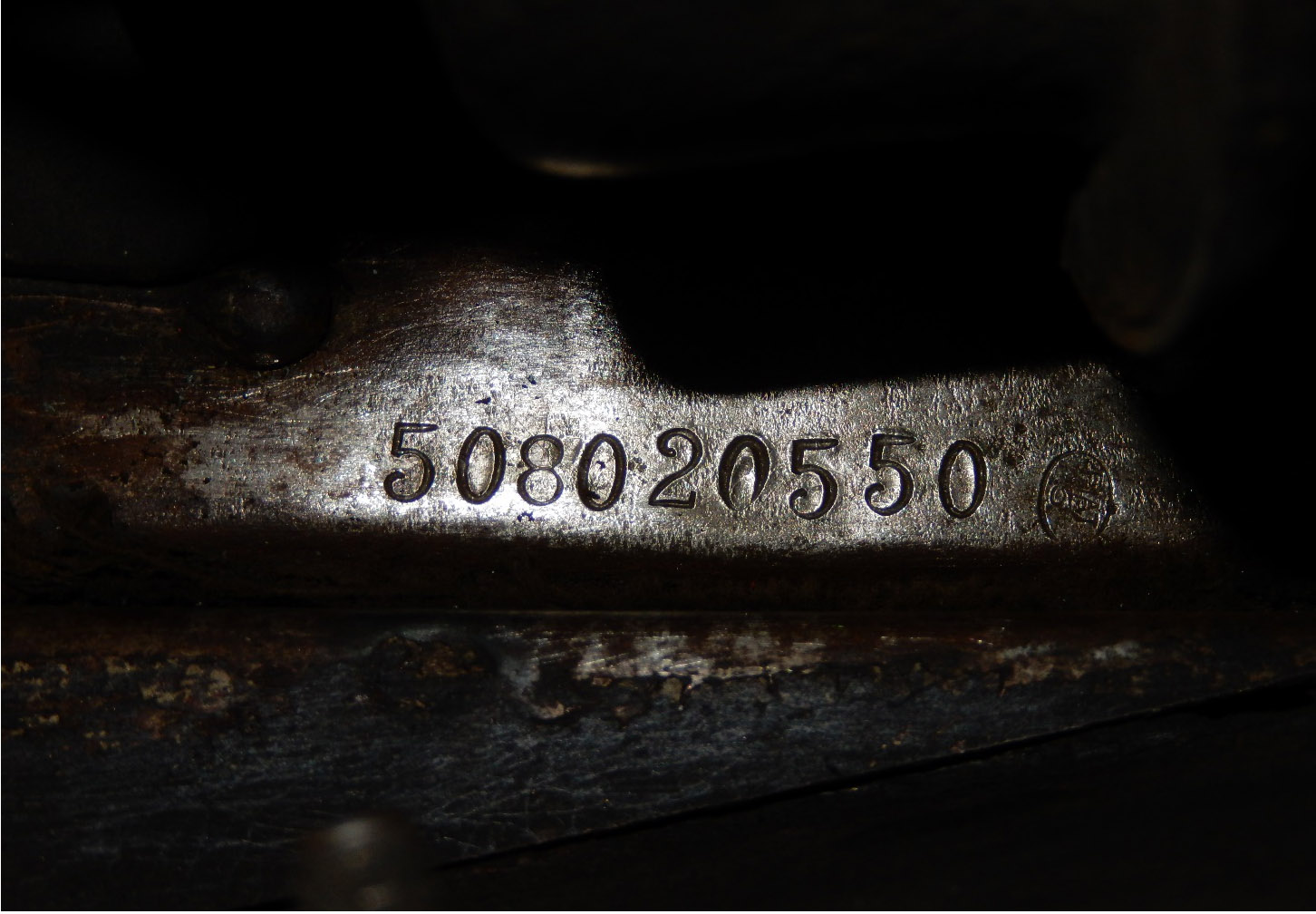 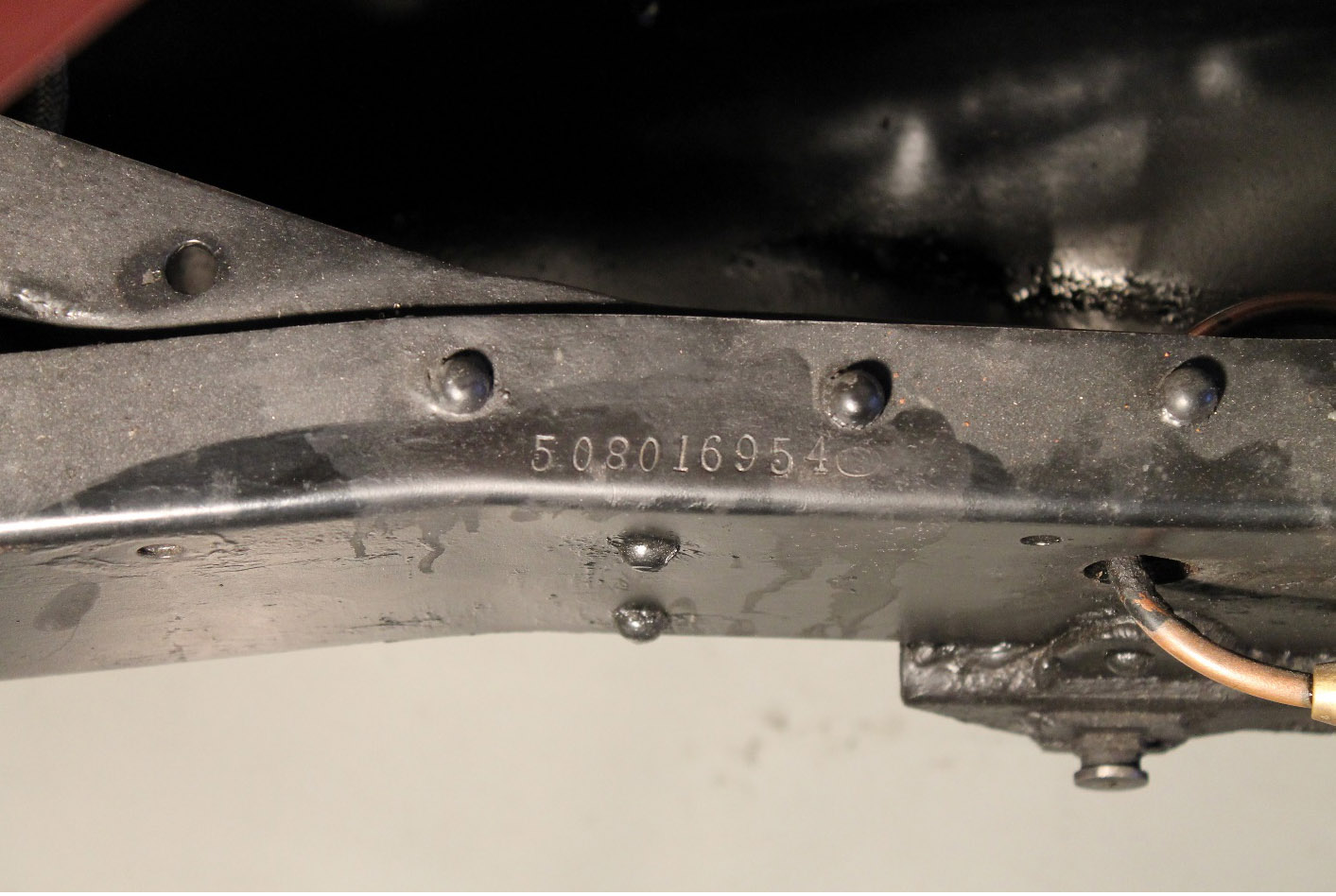 Frame and engine number. These are the famous matching numbers, so beloved – and rightly so – to fans. The chassis of the Fiat 508 was made up of two parallel steel longitudinal members, joined together by a cross member also in steel, nailed to the aforementioned side members. It should be borne in mind that the Balilla frames were all the same, and all punched ‘in sequence’, that is, one number after another, regardless of the model that was then set up. And this is the reason why we cannot know the exact number of Sedans or Spiders or Coppa d’Oro produced. The foreman went down the set-up chain and, on the basis of the orders received, indicated to the workers which configuration to mount on this or that frame. In the 3-speed Balilla the chassis number was stamped – like all subsequent Balilla models – on the right side member of the frame and between the two nails that joined the crossbar to the chassis. You can easily find it by placing yourself on the right side of the car, obviously with the hood open, next to the mudguard, and looking down on the side member and near the nails. The chassis number consists of the model number: 508, followed by the chassis number, preceded by one and two zeros. For example: 003719; then we will read: 508003719. At the end of the digits there is an oval bezel, with the word FIAT inside with the small print: 508 below. The bezel can also be close to the number, but not contiguous. As you can see, the figures are typical and particular, easily recognizable. If the chassis number is punched in different places it is not original (except for the Berlinetta MM fittings). 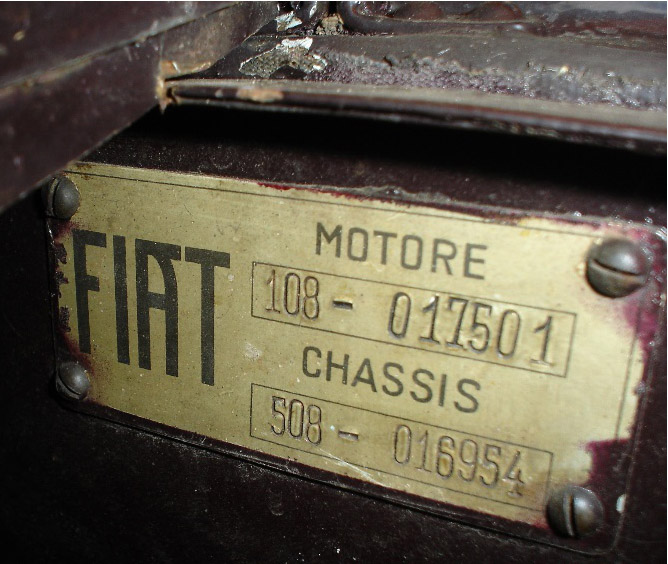 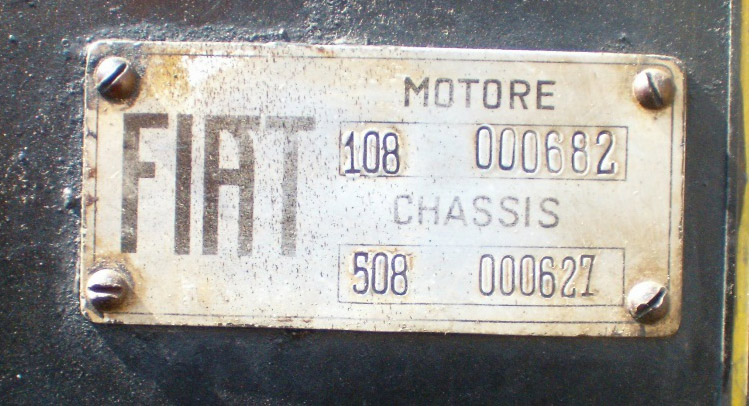 The engine. The engine was identified by Fiat with 108. So we will find, for example: 108 067085. The number was marked on the right side of the engine, on the front end of the cylinder block and, especially after 1932, is at least 1,000 units higher than that of the frame as more engines were built, even to replace broken ones or other. Obviously it is better to find a car with a first-set engine, that is, originally fitted, but replacement engines are also acceptable, as long as the model is identical to the original; and this does not affect the value of the specimen much. The frame and engine numbers are then shown on a summary plate riveted or screwed to the center of the upper part of the firewall (i.e. the dashboard on the inside of the bonnet) or on the right side panel next to the tank. The first plates were made of brass, only to be replaced by those in sheet metal.

Certification of the cars. The Asi Certificates of Identity (Automotoclub Storico Italiano), together with the RFI Certificates (Italian Fiat Registry), are a valid confirmation of the originality and quality of the car and it is always preferable to buy a car with these certifications, as before you it was carefully examined by real experts. The Crs (Certificate of Historical and Collectible Relevance) is better than nothing, but keep in mind that the examination of the car in this case was much less accurate and has a lower value than the Certificate of Identity. Finally, carefully examine the registration document, which should not have any additions, deletions, overwrites with different inks or anything else. And unfortunately there are many who have similar flaws.

Please notice that all the data reported does not come from memories, tales of coach-builders or other professionals but exclusively from original documents of the time in my possession.