The Club Serenissima Storico modifies a classic car for the disabled

An exhibition pays homage to the Bergamo motorcycle industrialist, also dedicated to the figurative arts

After the material destined for the war industry during the Second World War, the Officine Fonderie Rumi of Bergamo chosed to return to civil production no longer with pre-conflict textile machinery but by building motorcycles. Thus was born a 125 with two horizontal cylinders side by side that still today with its sound is recognized among a thousand. The design is entrusted to engineer Salmaggi, who had already worked for Gilera. With a two-stroke engine and three-speed gearbox, the model has a front and rear double-tube structure on which the engine-gearbox hangs and has rear vertical telescopic shock absorbers. Immediately after its launch, in 1949, it was joined by a sport version with the same displacement but with four gears and a higher top speed of 100 km / h. A number destined to rise as early as 1951, up to 110 per hour and, shortly after, to 130 km per hour with the Competizione variant. In the races the Rumi motorcycles conquer good placings, in 1954 four of them won four gold medals in England, at the International Six Days. 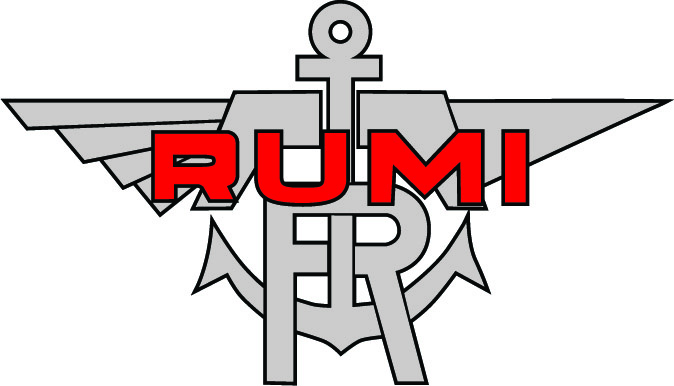 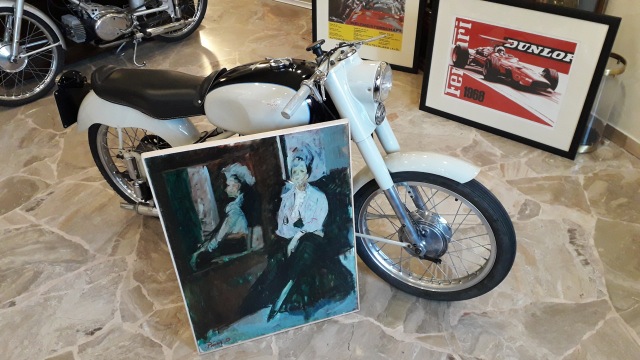 David Brown’s Aston Martin DB5 Convertible is up for sale

In the name of Donnino. This was just the beginning of a long trail of successes dotted with many other models, from the Scoiattolo scooter to a 250cc GP motorbike, from Formichino to Junior and Gentleman and many others. Some Rumis were also produced abroad under license. But going back to the origins, a version of the 125 with bi-carburettor, dated 1955, is now on display at the Kefri Gallery in Bergamo (in via Sant’Orsola 19 F, from 9.30 to 12.00 and from 15.00 to 19.00, 00) in the Donnino Rumi exhibition, in homage to the great character from Bergamo (1906-1980) who was the patron of the company of the same name and an appreciated painter at the same time. In addition to another emblematic example of motor production, which he himself had wanted – a 125 Turismo built in 1954 -, the exhibition presents his ladies and his self-portraits full of colors reminiscent of the style of the Belle Époque and the paintings of Toulouse Lautrec. There is time to visit it until the end of January, since the closure was set for December 15th, but the success so far has convinced the organizers to extend the duration. For further information: Tel. +39 035 220273, www.kefri.com