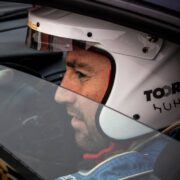 For many, the Porsche 924 Turbo is still a little sister of the more famous cars made in Zuffenhausen. Yet it is enough to rediscover its genesis and its technical contents to realize how much this sports car has been able to innovate and how it still capable of being appreciated today for its style and performance

In the 70s, during the backdrop of the oil crisis, Porsche had to face a series of questions: the search for a possible heir to the 911 with the 928 project, with Transaxle mechanics, the escalation of sales in the United States and the technical collaboration with Volkswagen. After the experience of the 914, the Wolfsburg manufacturer had in fact commissioned Porsche to design the small front-engined sports car EA-425 to be launched on the market under the Audi brand, which was then canceled due to the energy shock to focus on the Scirocco. With the prototypes already developed and all the equipment ready for production, Porsche then bought the project from Volkswagen and thus created its entry level model to complement the 928, which was already under development. 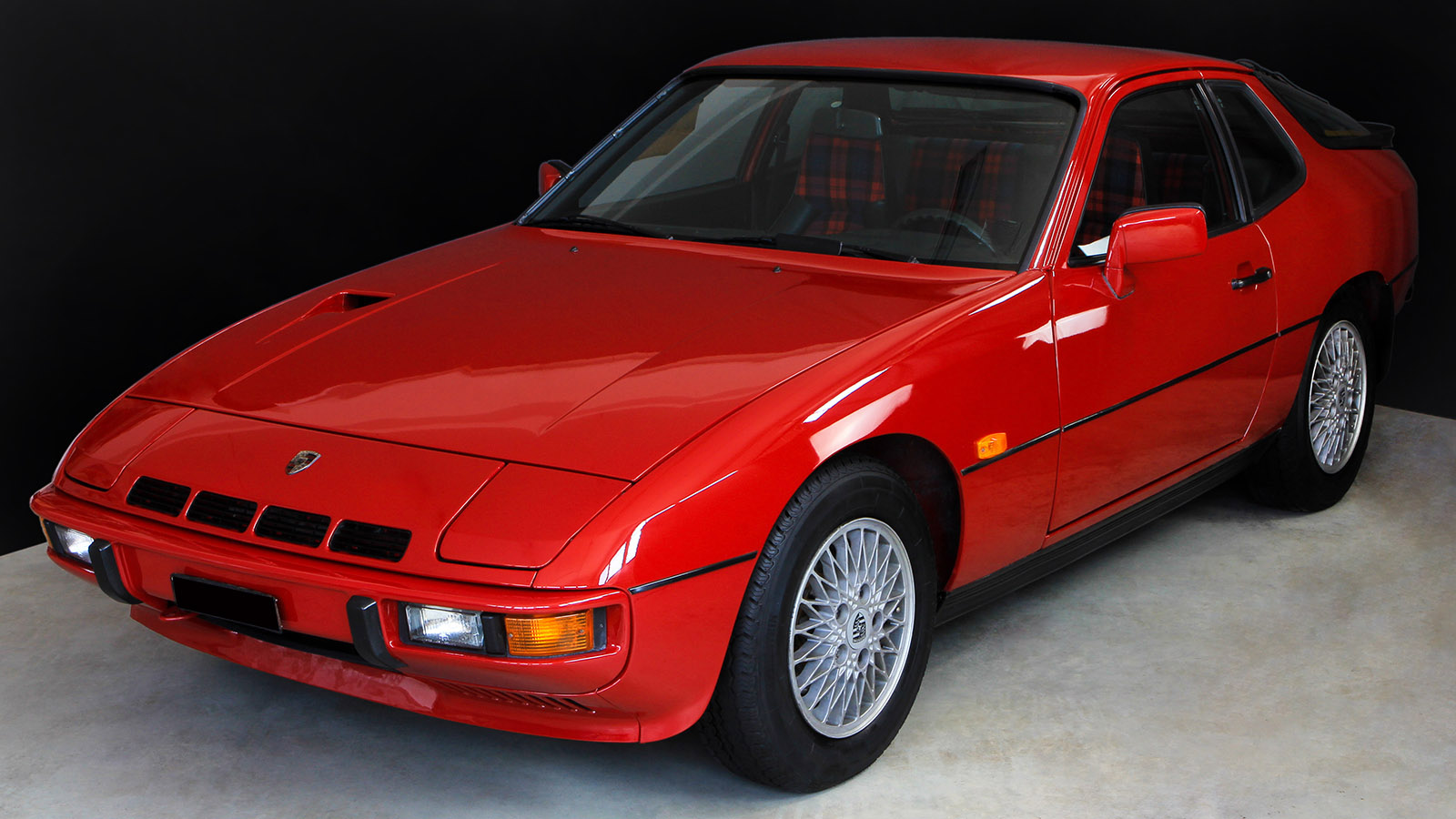 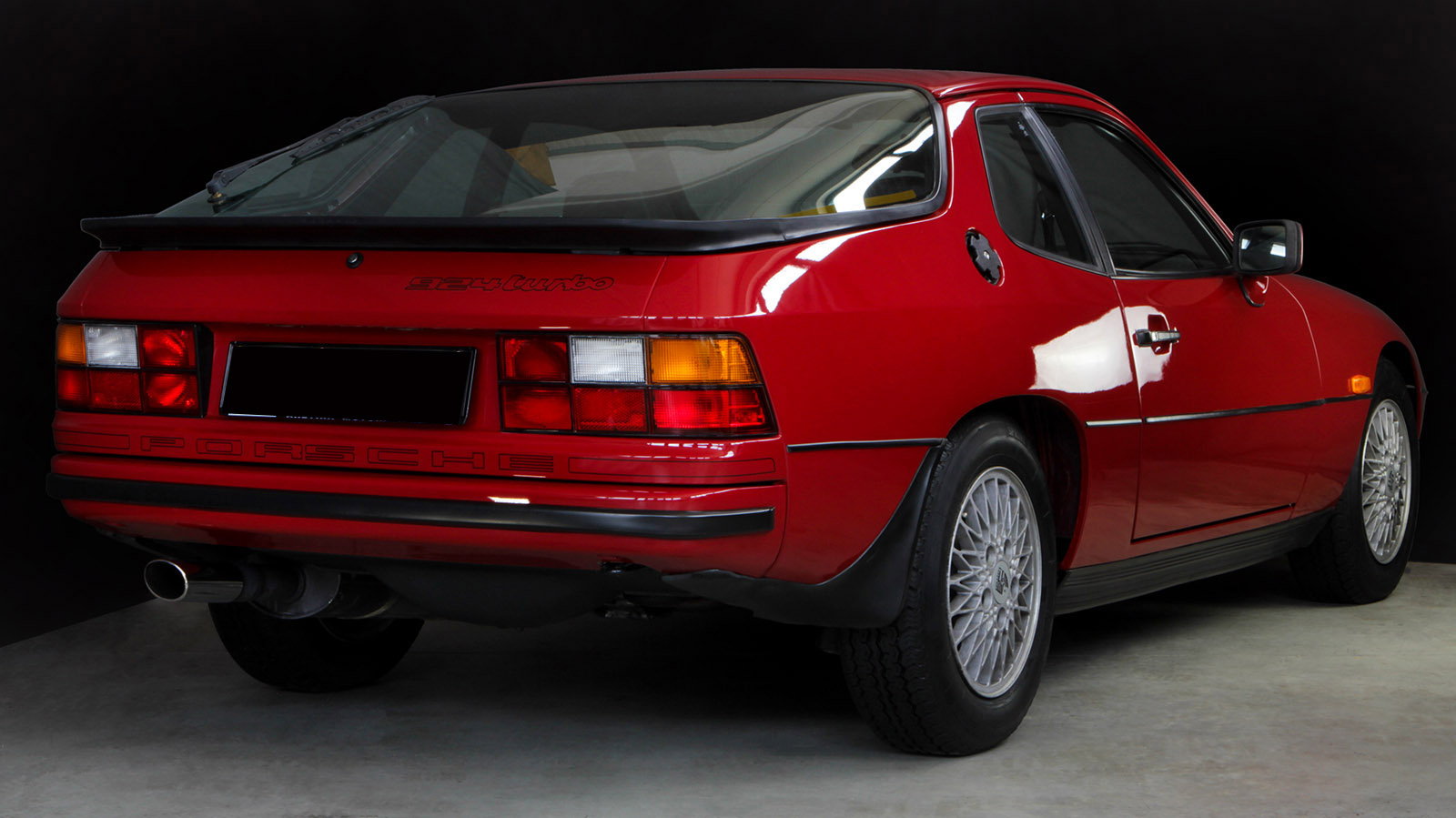 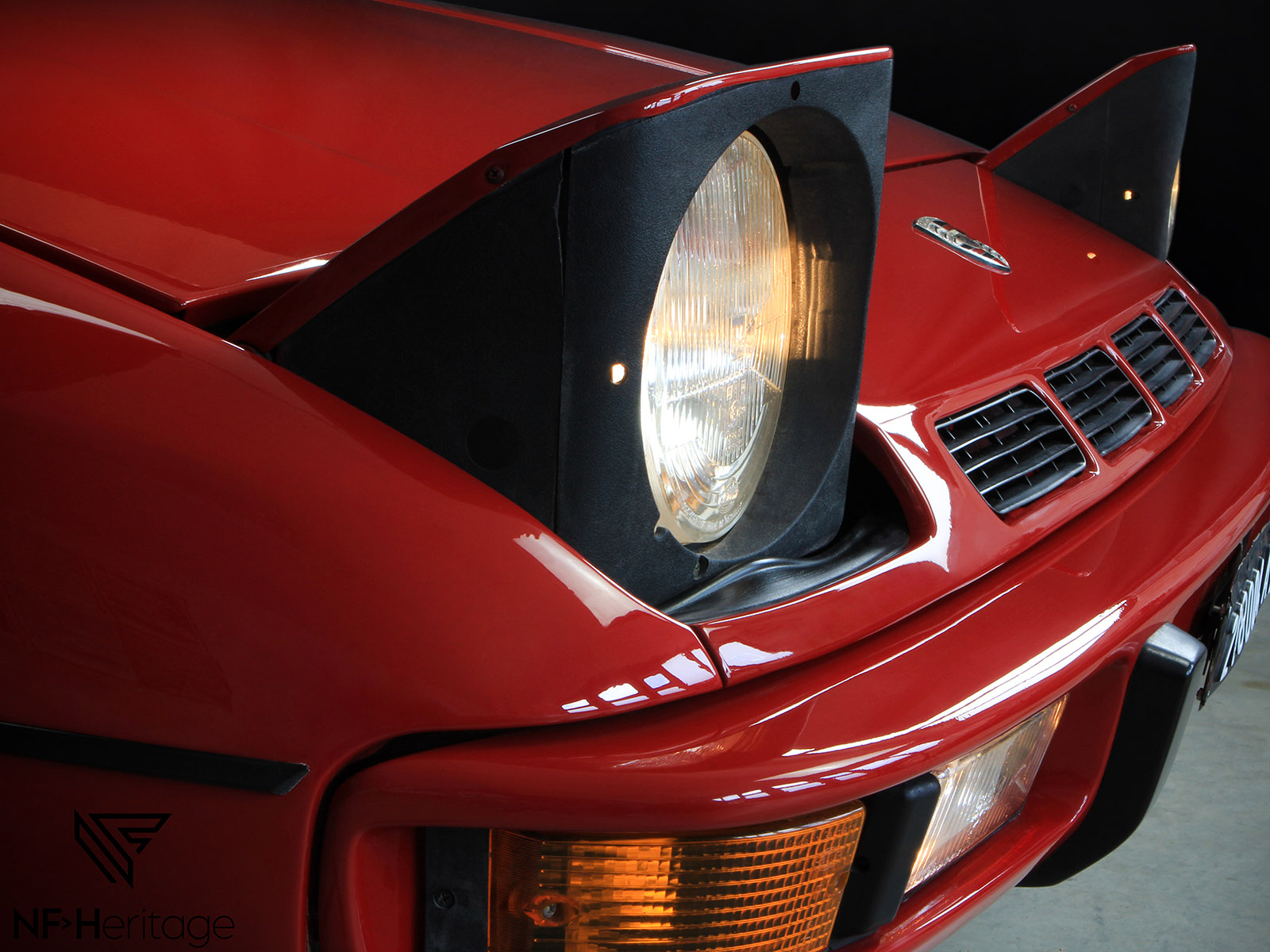 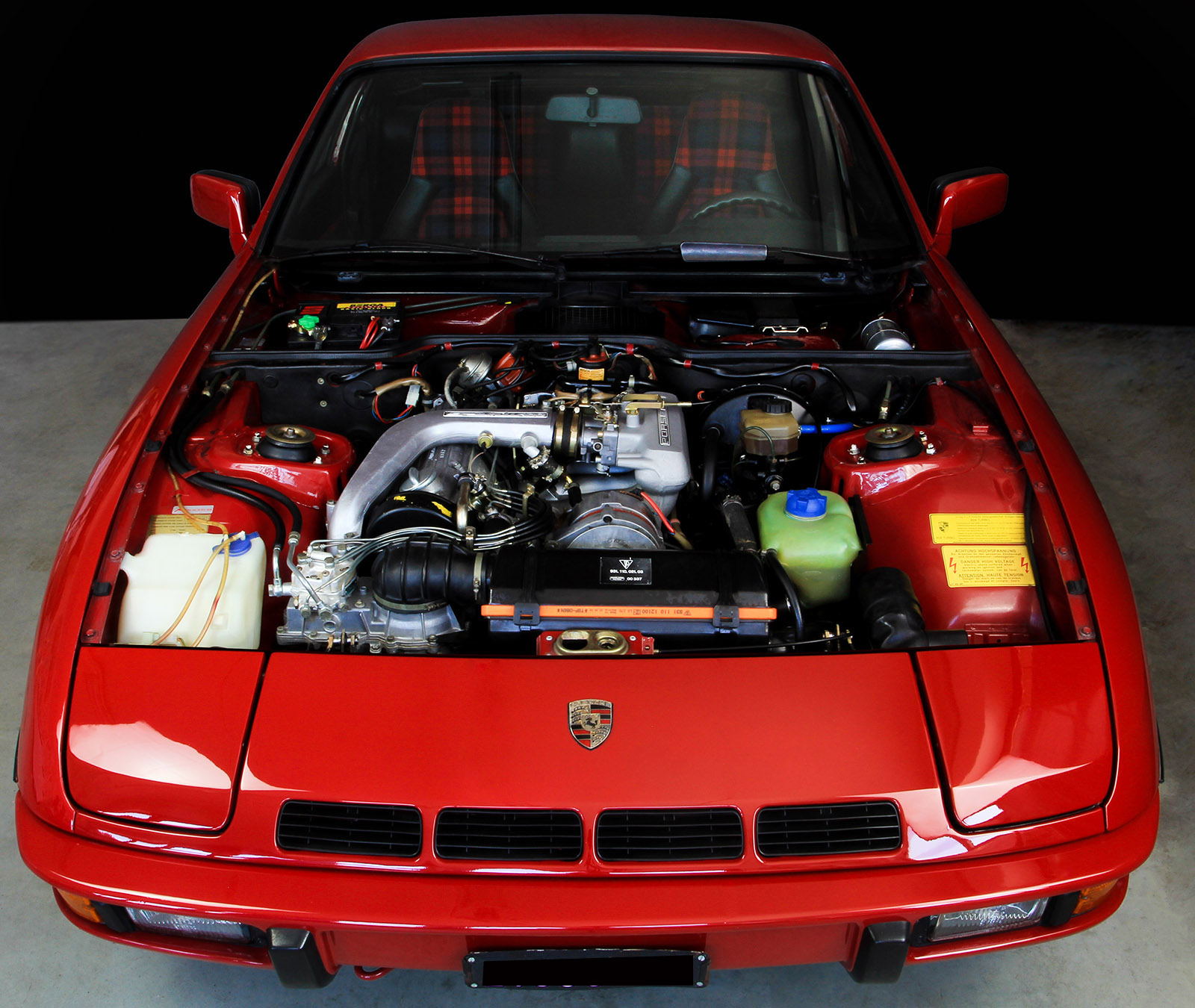 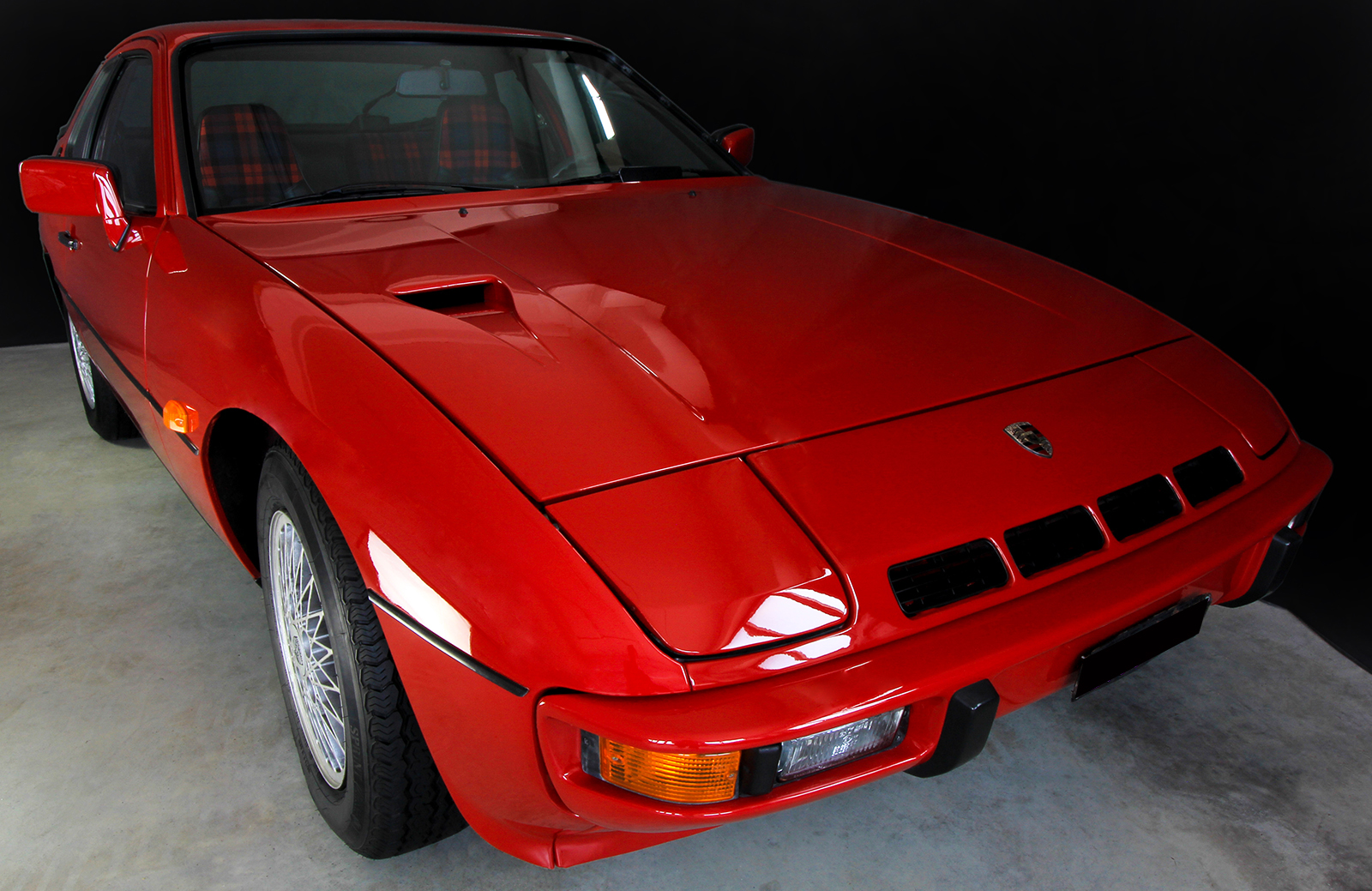 Also new in design. The Porsche 924, presented at the 1975 Frankfurt Motor Show, proposed revolutionary technical solutions for the Stuttgart company, which has always been anchored to the “all-back” scheme: water-cooled 40° inclined longitudinal front engine and rear-wheel drive with Transaxle scheme. The engine initially wanted was a 4-cylinder 2.0 125 HP of Audi origin with Bosch K-Jetronic electronic injection, chosen to comply with the first American anti-pollution regulations and avoid European taxation of sports cars. The 2+2 Coupé, designed by Harm Lagaay in the Anatole Lapine team, stood out for its marked aerodynamic research and original solutions such as the retractable headlights and the large curved glass rear window.

The 170 HP Turbo. After presenting the 911 Turbo in 1974 and having successfully used this technology in competitions, Porsche decided to follow the same path also for the 924, criticized at its debut on the performance front. Known internally as Typ 931, the Turbo debuted as a “Model Year 1979” with the engine marked M31.71 (assembled in Zuffenhausen), derived from the aspirated and modified by adopting new combustion chambers, forged pistons and larger exhaust valves, in addition to the K26 turbine without intercooler. The result was a unit of 170 hp at 5,500 rpm and 245 Nm at 3,500 rpm (on a mass of 1,180 kg) managed through the Getrag 5-speed gearbox with specific gearbox and transmission shaft ratios, hydraulic clutch and first gear in low. With these characteristics it definitely offered high performance for the time: 225 km / h at maximum peak and 7.8 seconds to reach 100 km / h from standstill, with a classic old-school Turbo delivery with the “kick” of the turbine and the typical delivery delay: all bearable elements considering the thrust available in the second part of the rev counter. 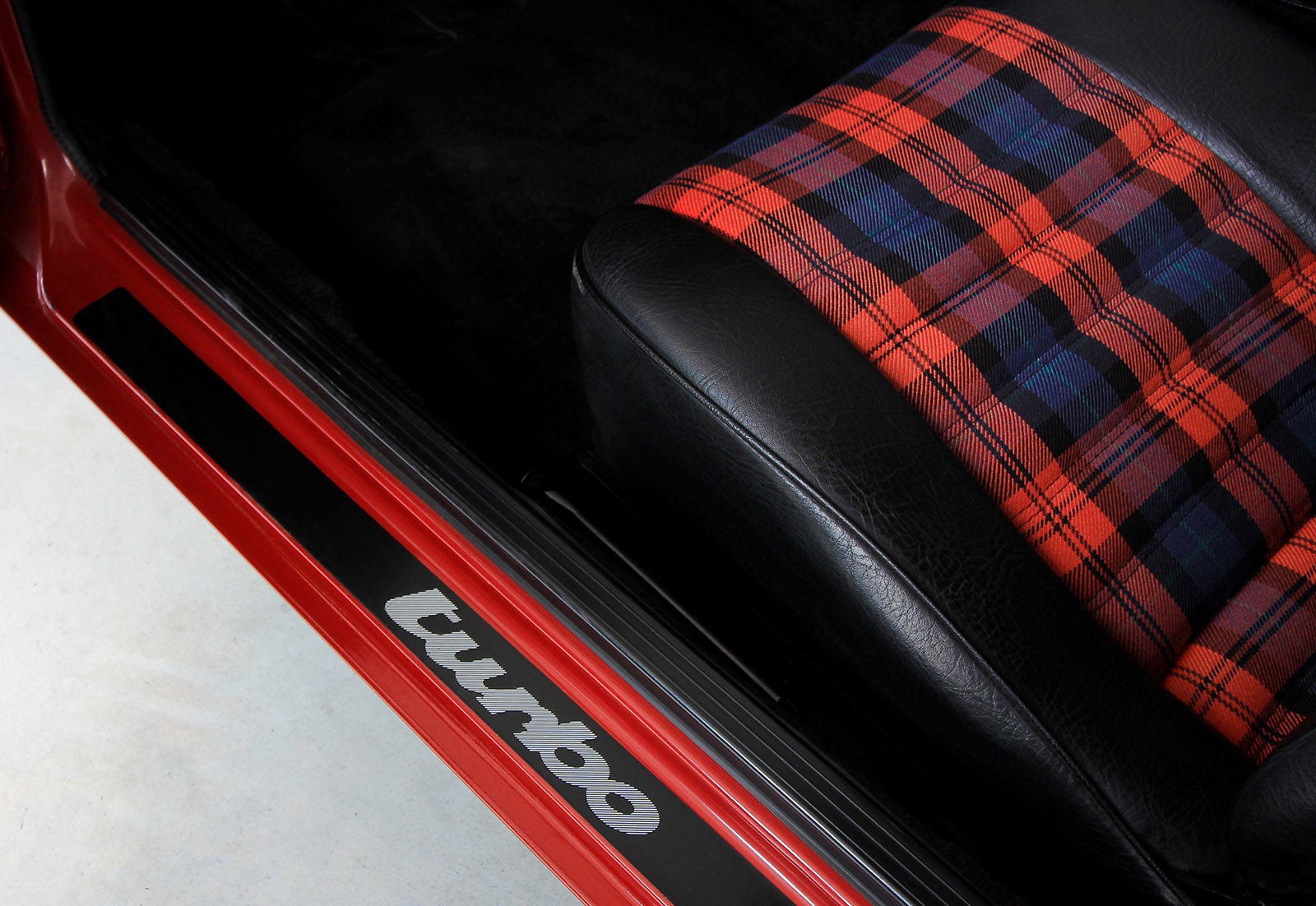 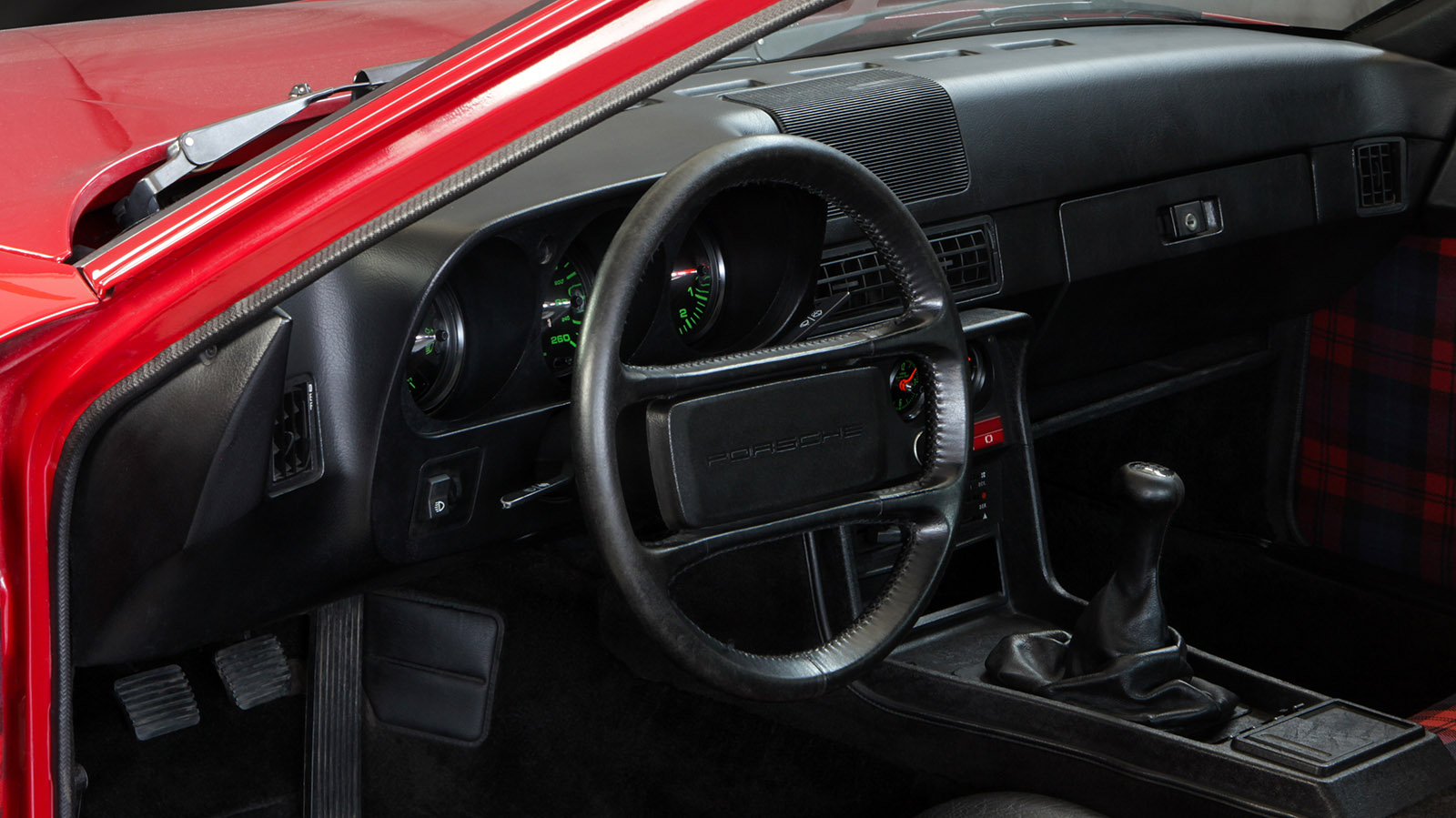 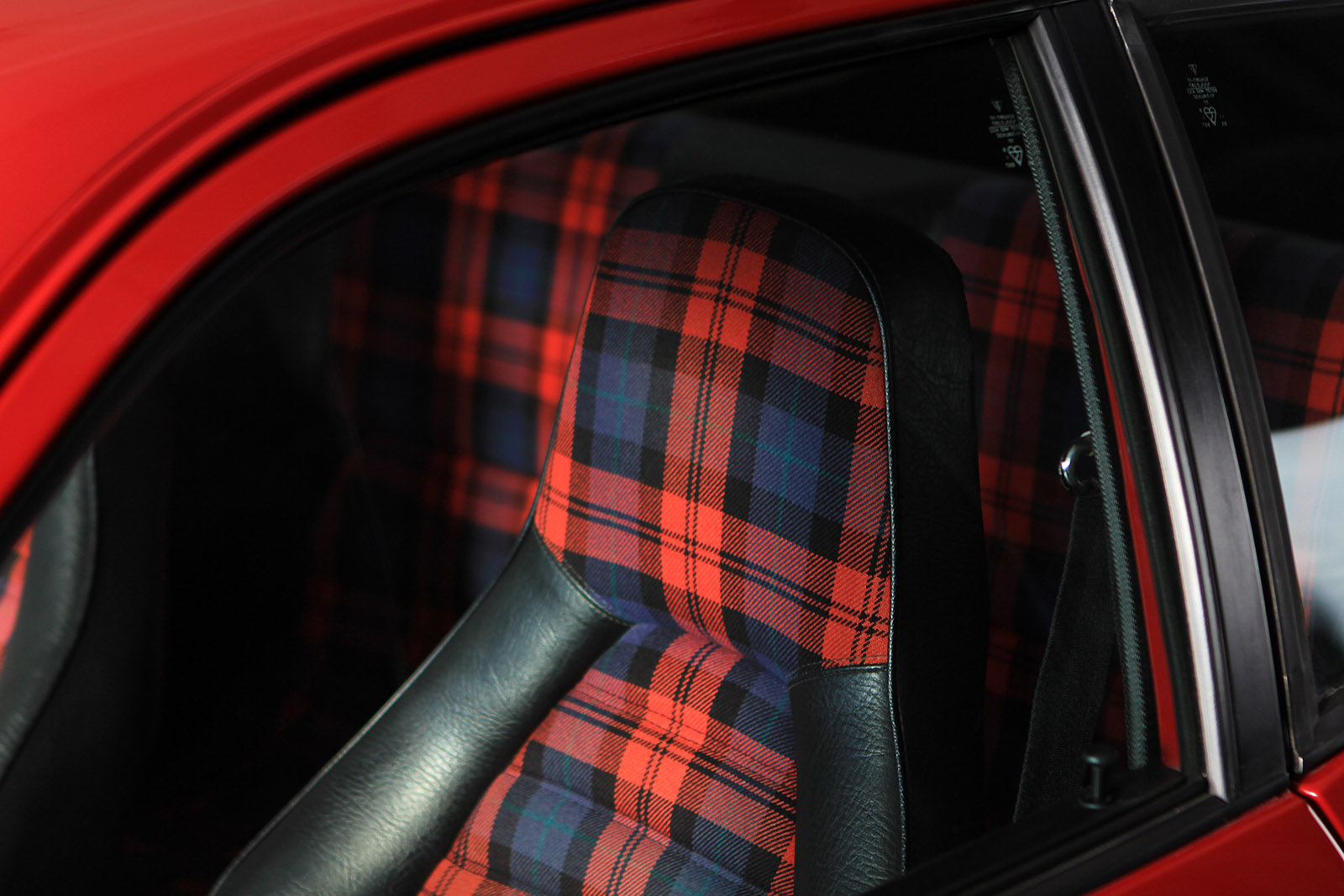 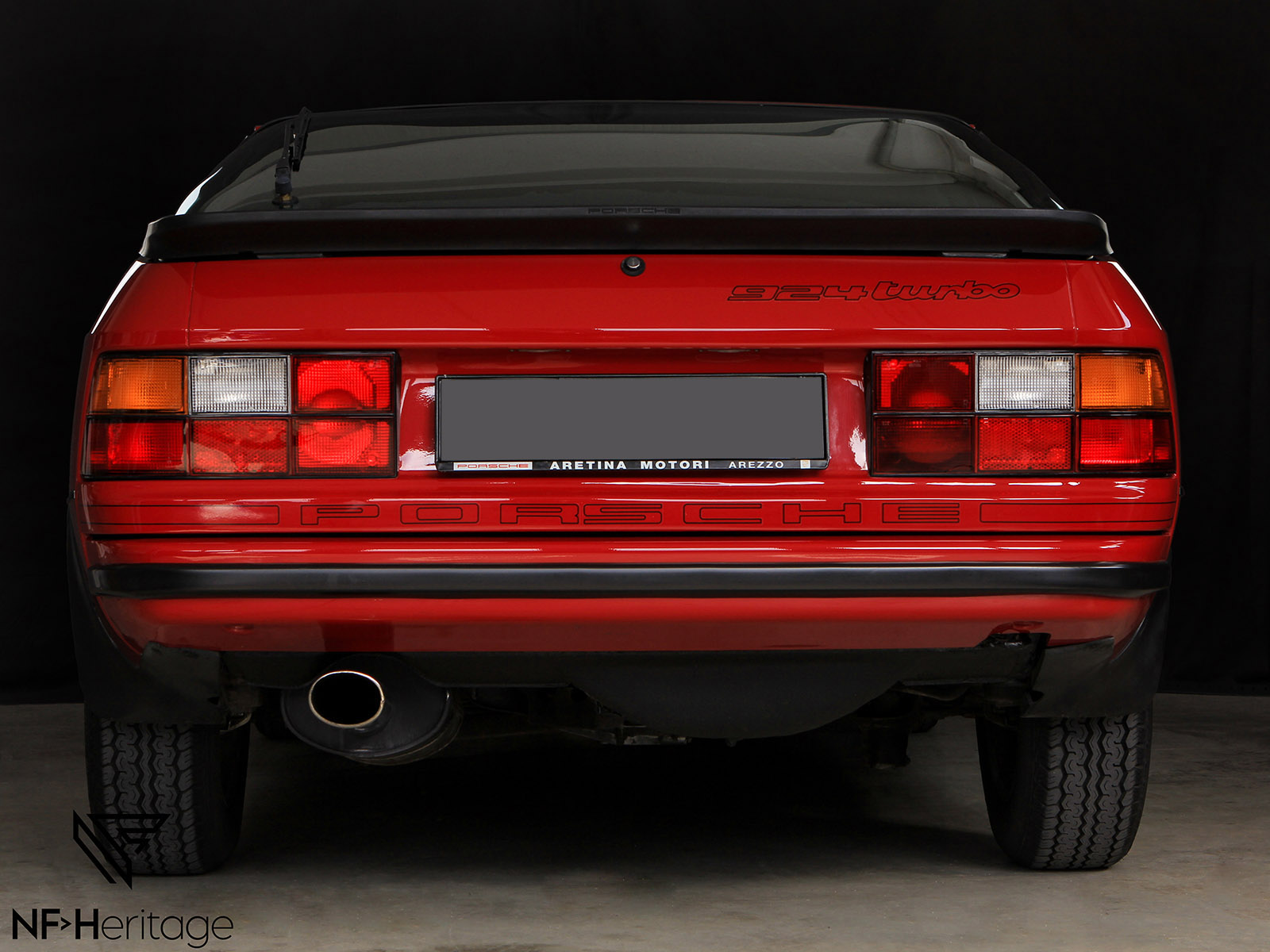 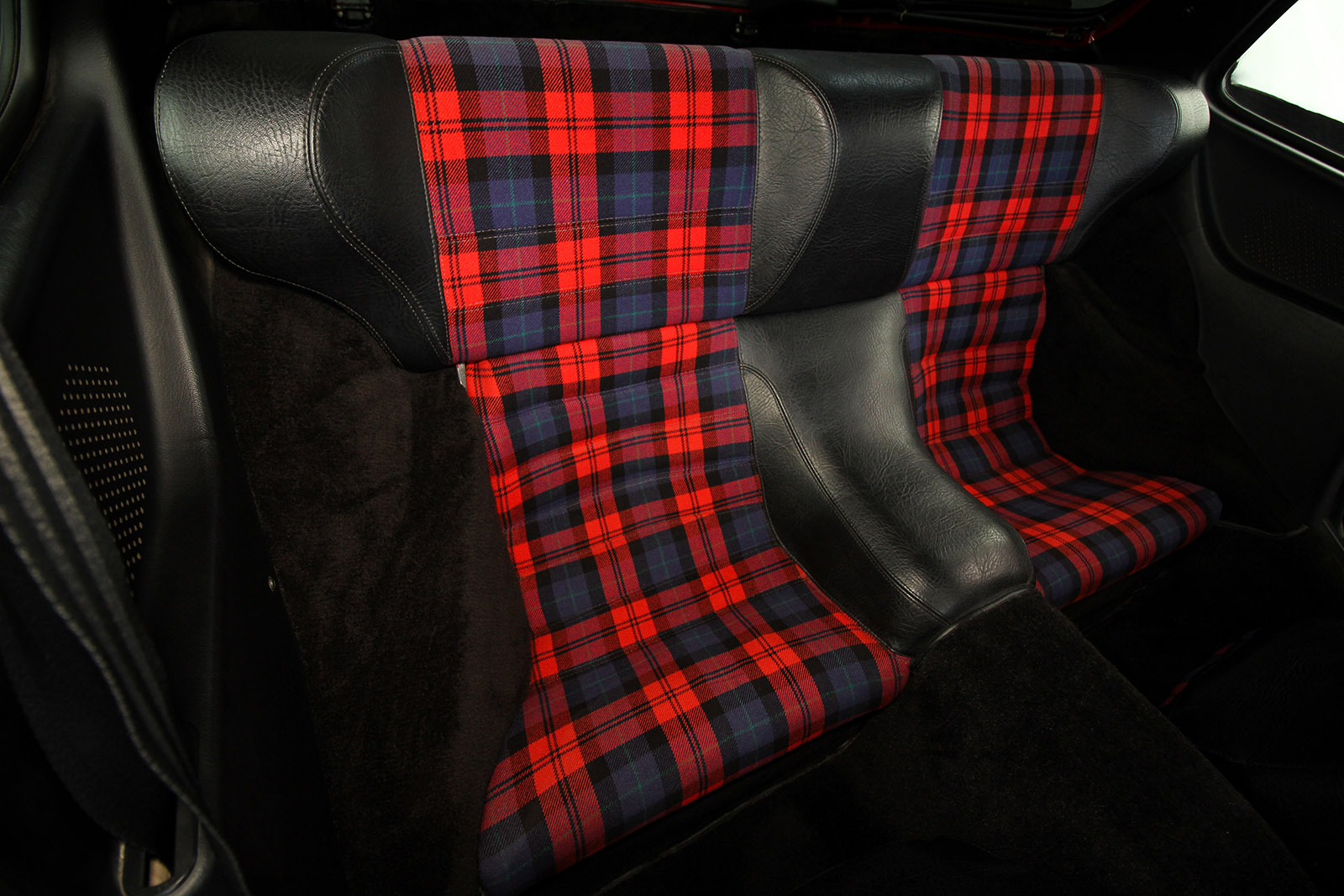 The differences with the aspirates. Suspensions and brakes were adapted to the performance of the car with components derived from the 928, while the adoption of 15 “five-bolt alloy wheels was due to the choice of mounting the hubs of the 911 SC. Aerodynamics were also optimized for the Turbo, bringing the Cx from 0.36 to 0.34: the front was equipped with new air intakes for the oil cooler and for the brakes, and a Naca outlet on the hood. A polyurethane spoiler was also applied to the tailgate. The interior was lightly customized by adopting the 911 SC’s three-spoke steering wheel, instrument cluster with green graphics and electric windows as standard. Among the options were made available the 360 ​​mm four-spoke leather steering wheel, the 16 “wheels with Pirelli P7 205/55 tires – a real technical first for the time -, the rear window wiper, the removable roof, the metallic paint, the radio system and the two-tone paintwork. In addition to the interior in leather or velvet, or in the Pasha and Tartan finishes.

Only 12,702 Turbo in the world. The Porsche 924 was produced from 1976 to 1988 in 151,346 units, of which only 12,702 with Turbo engines, built only from 1979 to 1983. Of the latter, 1,932 units were produced in 1979, while for the “Model Year 1980” (5,243 examples) all cars were equipped with the hatch to cover the fuel cap and the new chassis number in a modified position. Substantial innovations were then introduced in 1981 which effectively made it a second series, following the update of all 924s: door panels with Porsche writing embossed on the upper plastic, 177 HP engine with new management electronics and smaller turbine, white instrumentation graphics, elimination of the two-tone paintwork and departure from the scene of the Pasha and Tartan variants for the interiors. At the same time, the Turbo was also developed for the American market, immediately recognizable for its absorption bumpers: due to the homologation regulations, the power did not match that of the European models and went from the 143 HP of the first version to the 154 HP of the restyling. Rare and finally revalued for what it’s worth, the 924 Turbo has been in the collectors’ sights for five years according to a general trend that affects now front-engined cars. Also because the boys who dreamed of them at the time have now grown up.