With pride and dedication, Elena di Tocco, daughter of Count Felice, carries on her father’s passion for some of the most rarefied engines in history. Enjoying them together with the family’s next generation

Count Felice di Tocco was one of those characters who seemed straight out of a movie. He was born in Florence, where he spent his whole life until he passed away in 2019, aged 95, after being a point of reference for enthusiasts from all over Italy who turned to him to restore prewar cars. He was in fact one of the very first to collect cars in the Peninsula and when the ASI (Automotoclub Storico Italiano) was established in 1966, he was there as a founder member.

One of the first Italian conservation proponents. The Count would keep his hands on the venerable engines throughout his days, they were his great passion. He was always able to improvise successfully with makeshift tools and in the most unpredictable ways to solve any breakdown that might occur, as many had seen him do over the years at various rallies. The expression “di Tocco’s way” was even coined in the fraternity to indicate the ingenious do-it-yourself of the “Conte Ruggine” (“Count Rust”, literally), as he was affectionately nicknamed due to his love for old motors. In fact, he did not like fully rebuilt cars: he was definitely one of the first supporters of conservative restoration. He would never re-manufacture anything is his cars; he kept only the original parts, fixing problems again and again as they arose. In fact, his 1918-19 OM 465 Corsa (4-cylinder engine, 1300cc) is of unparalleled charm, seemingly held together only by the stickers along its flanks. 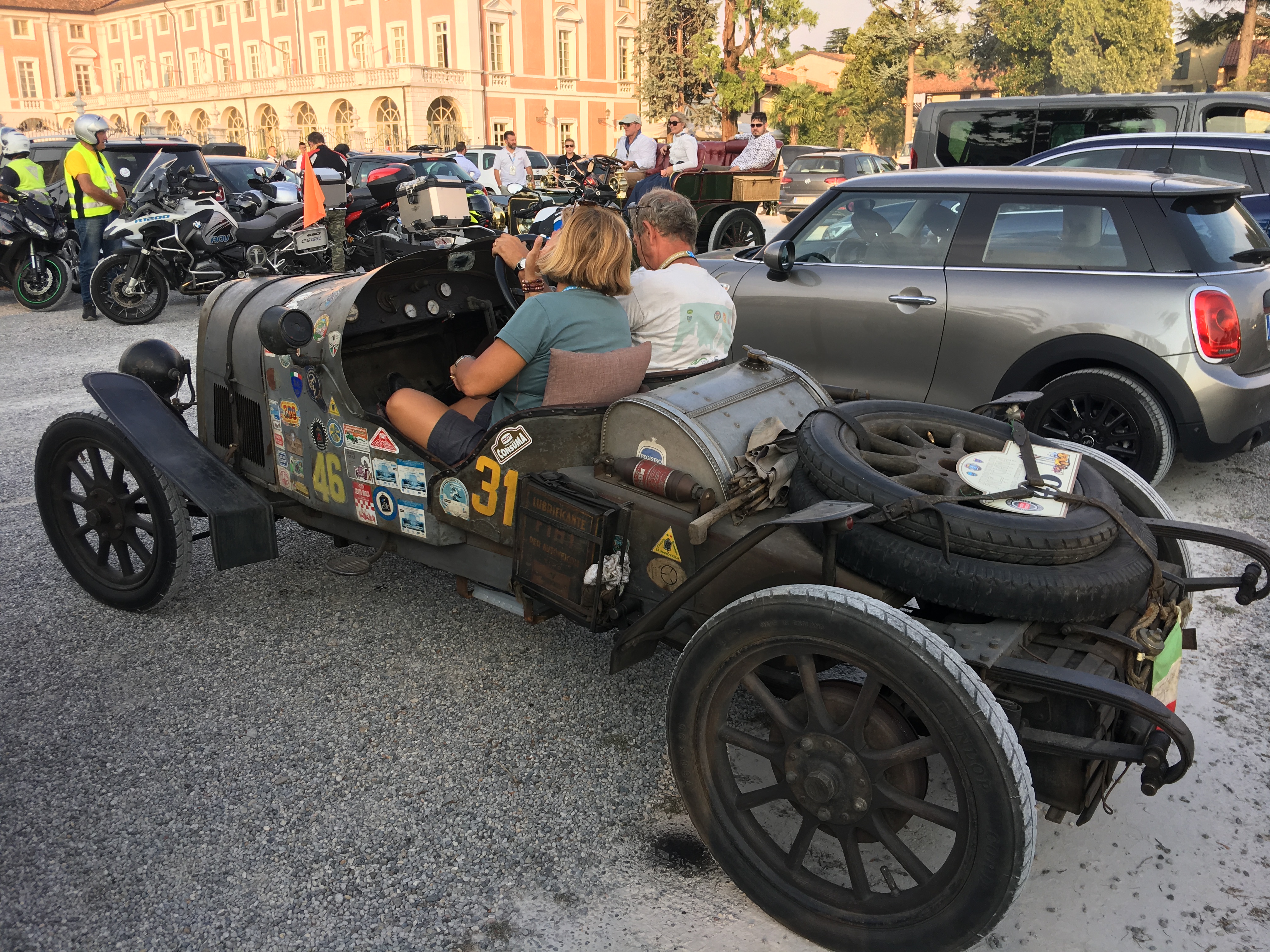 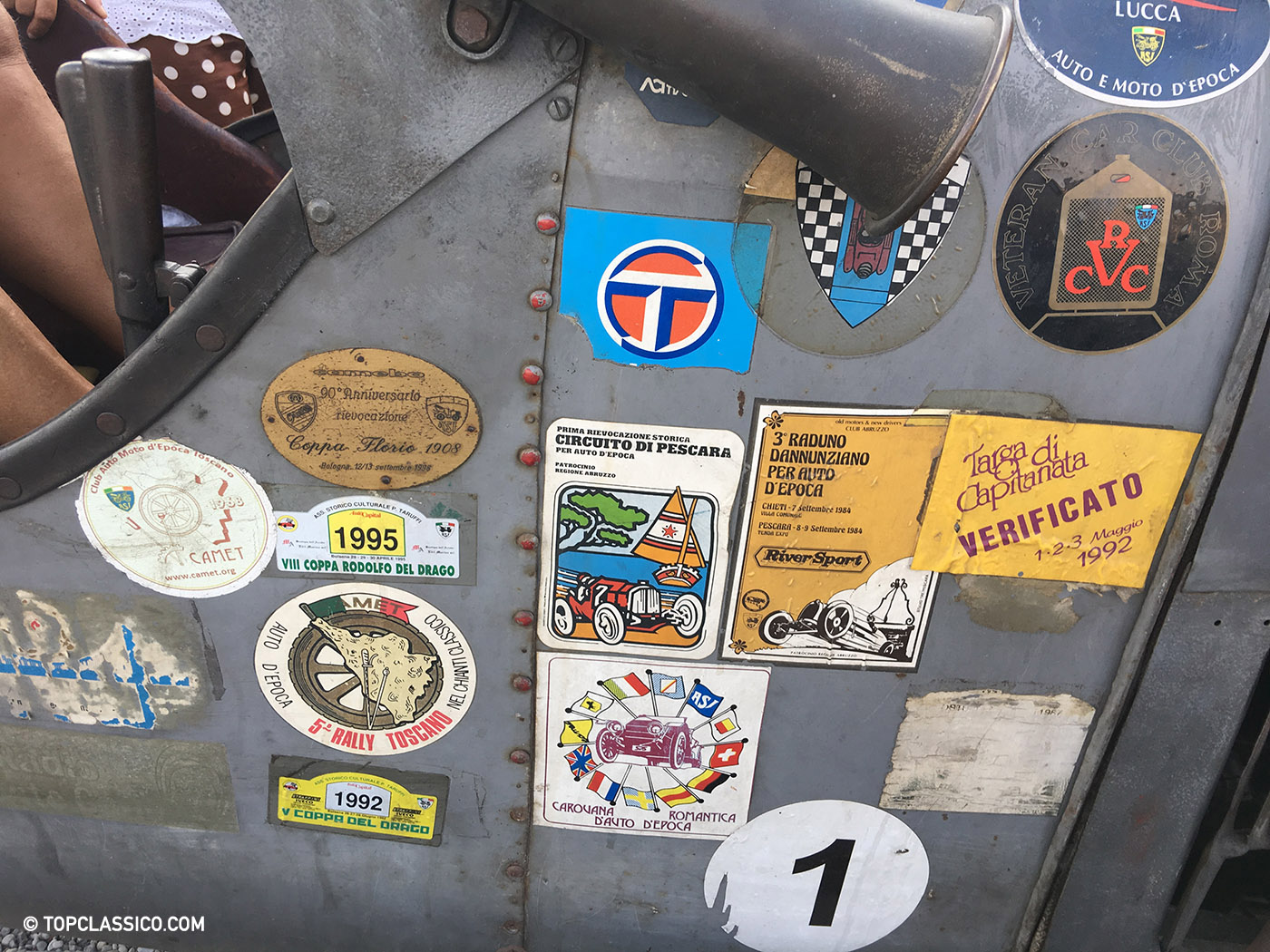 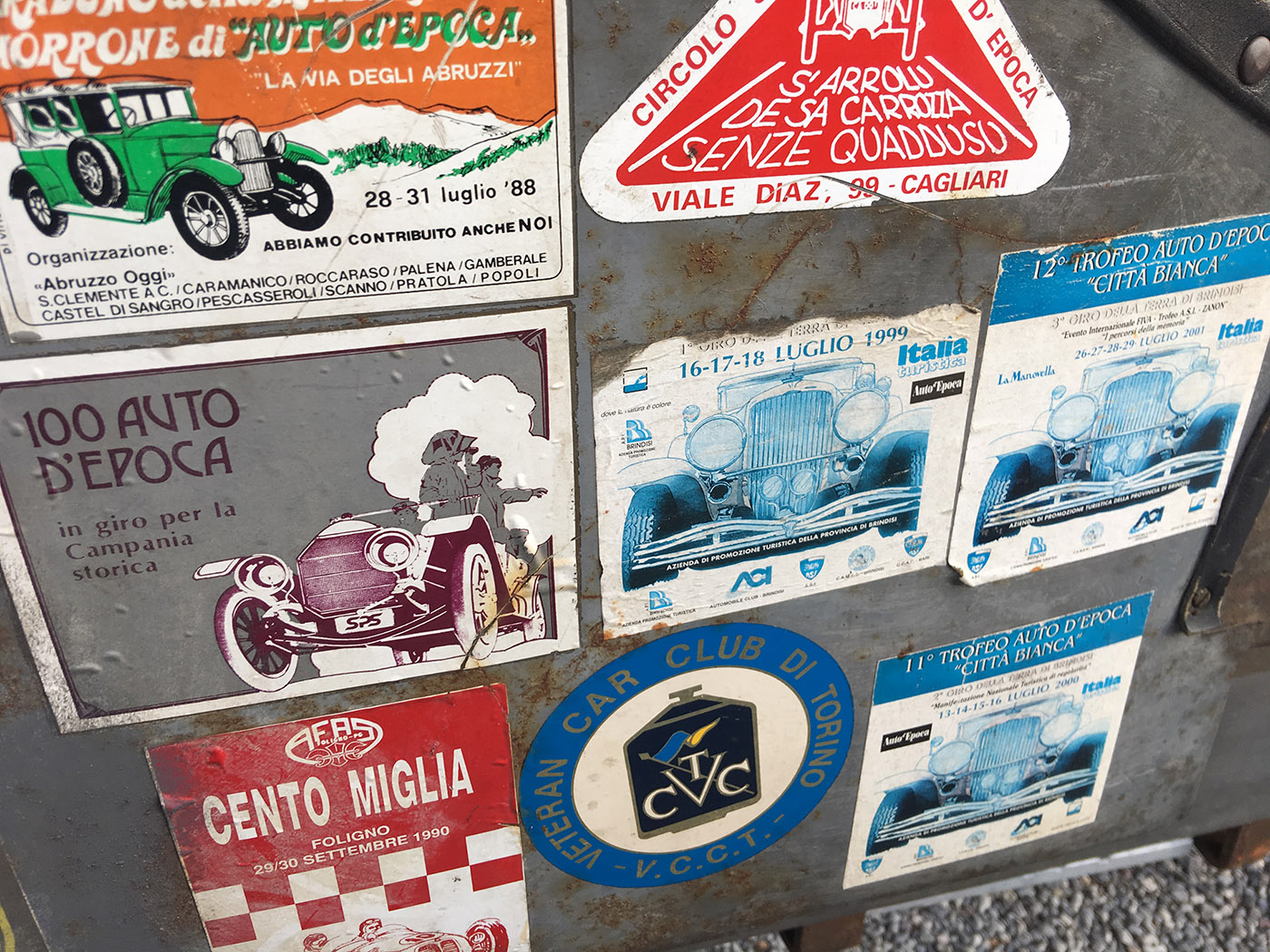 The Itala of the 1907 Peking to Paris is also in the family stable. The racer of Officine Meccaniche is a very well known car, the owner took it to fifty years’ worth of historic gatherings. “I call it La Gloriosa, because in the early 1920s the model won with Giuseppe Morandi at Mugello Circuit at an average of 90 per hour”, reveals the Count’s only daughter, Elena. She has always been in the privileged position of being able to drive all the cars in her father’s fabulous garage. Like the Itala 45 HP, perhaps the most famous of the Count’s beloved cars, the racing Fiat Tipo 2, the Tipo Zero Spider, the 501 Torpedo with Viotti and Tolfo bodywork, the Lancia Augusta designed by Revelli di Beaumont, the Balilla Coppa d ‘Oro and the Kübelwagen of the Second World War. Let’s say a museum, more than a garage, with all precious evidence of automotive technological progress. Elena knows her cars well, her father also taught her how to take care of them, as well as many budding collectors. However, she confides “I blew the OM twice, to be honest: first my ex-husband did it, then me. Each time my father stripped down the engine and repaired it!”. 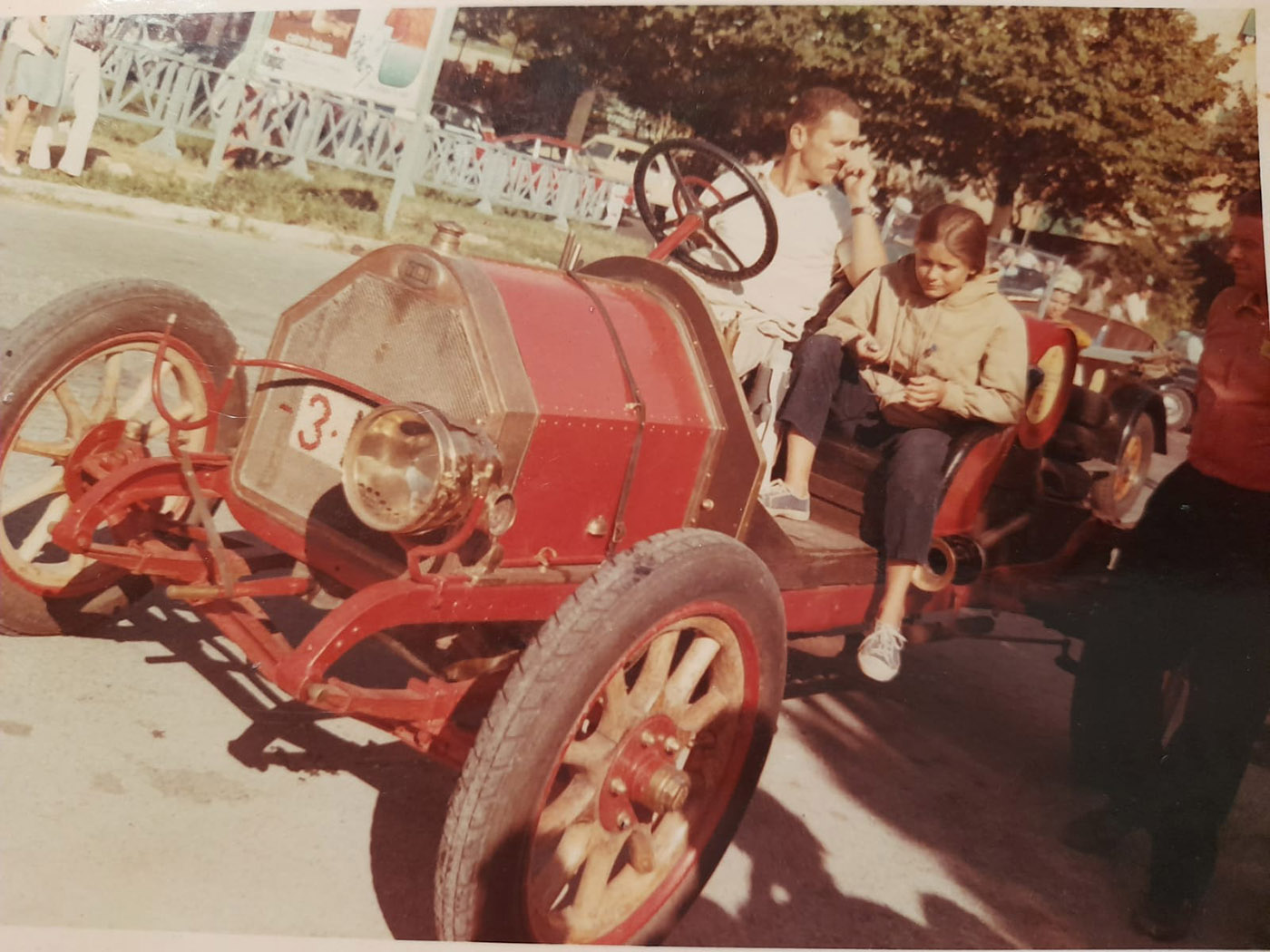 Ready for the next generation. There were countless gatherings that she attended with “il babbo”, as it is for “dad” in Tuscany, since she was a little girl. And now, until a couple of years before the pause in 2020 for the Covid pandemic, she has been liberating La Gloriosa (literally, The Glorious) on her own, quite often together with her 30-year-old daughter Claudia. “When I was with my dad at the rallies I would just check out of the hotels and find the car with engine already started up: I just used to jump in and drive it, nothing else. While now I have to manage everything myself, it is a bit more complicated. I don’t know whether to say it but… I hope he is looking down on me”. In fact, despite the costs and the hard work, it is clear that keeping the cars alive, in most cases hers from childhood, is something that fills Elena’s heart with love. In addition, she has fun; the Count has transferred his interest for heritage motors and the pleasure of dealing with them. He also managed to pass all this on to his only niece, who wanted to take the surname di Tocco. In doing so she faced an exhausting bureaucratic process that lasted two years: it was a sign of deep affection and gratitude “dedicated to her grandad”, Elena emphasizes. Lancia Dilambda, the car that started the legend Pinin Farina

One hundred years of Bugatti Brescia