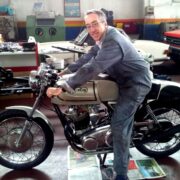 It seems to hear Abba on the radio, in the cockpit of this beautiful Swede with a fascinating past. Although she has always lived in Germany: she has been driven by a driver for many years, and upon the death of the owner she passed into the hands of a friend

When I went to Munich in 2016 to buy it, I was disappointed as I realized that there was work to be done. From the photos in the ad, the yellow Volvo 142 looked better. It only had 148,000 km which, given the age of the car, are not many but the reason I was about to give up was that it hadn’t been used since the mid-nineties: it still had Michelin XZX tires with 90% tread! It was made to march just for the periodic review, for the rest it lay still under the house, even outdoors. The most serious thing was the rust of the luggage compartment, caused by water infiltrations due to the partial lack of the trunk seal: it had also damaged the tank. 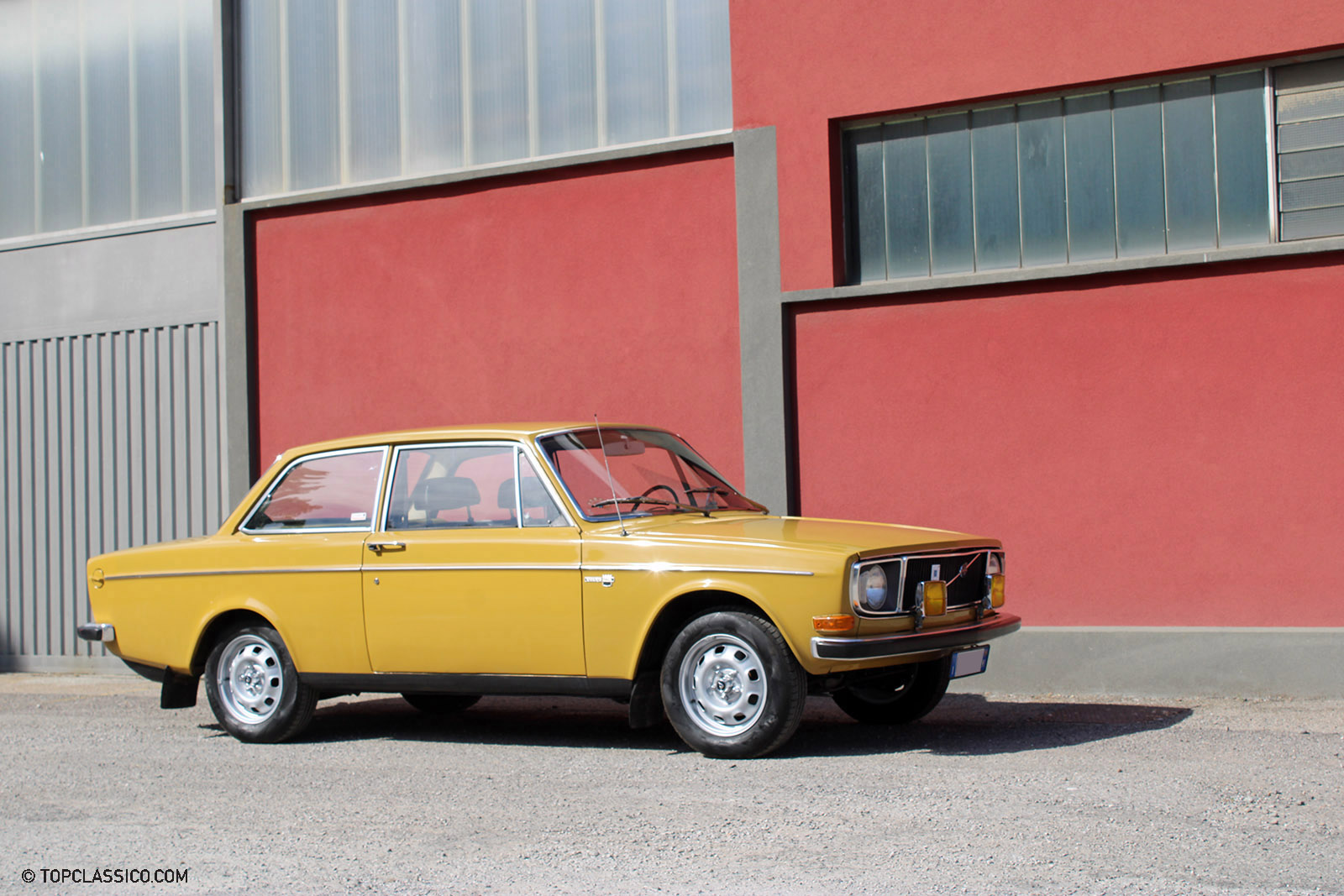 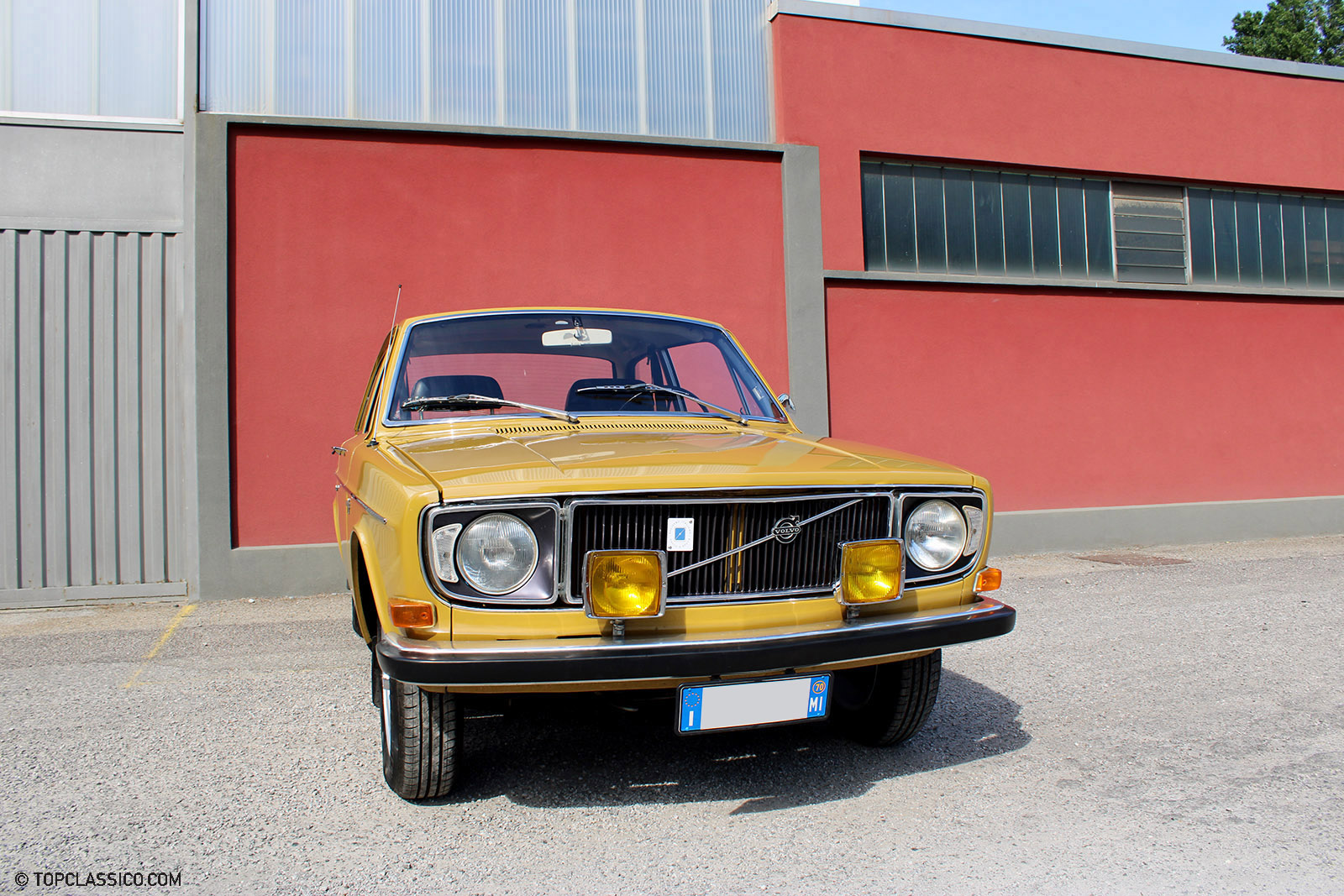 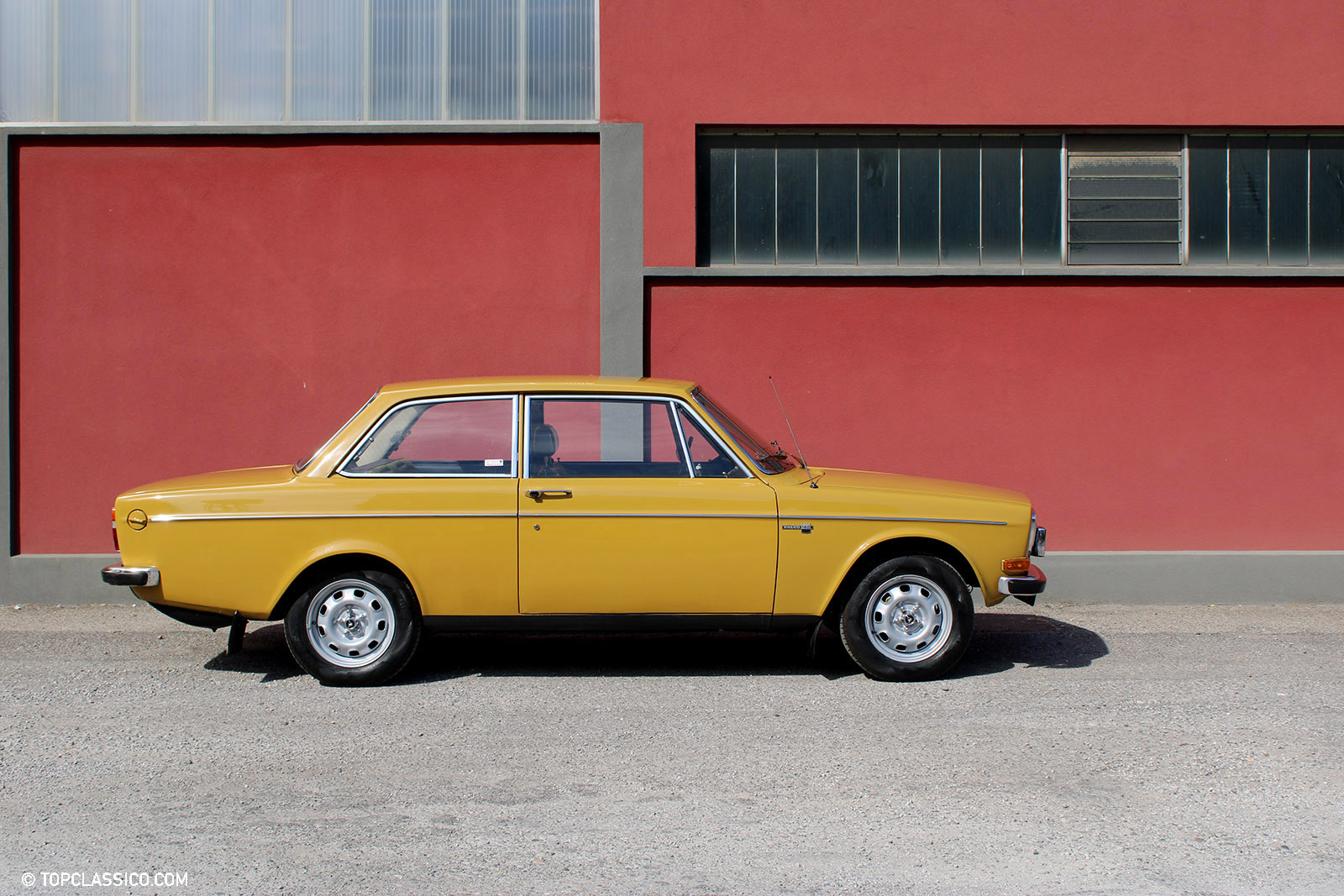 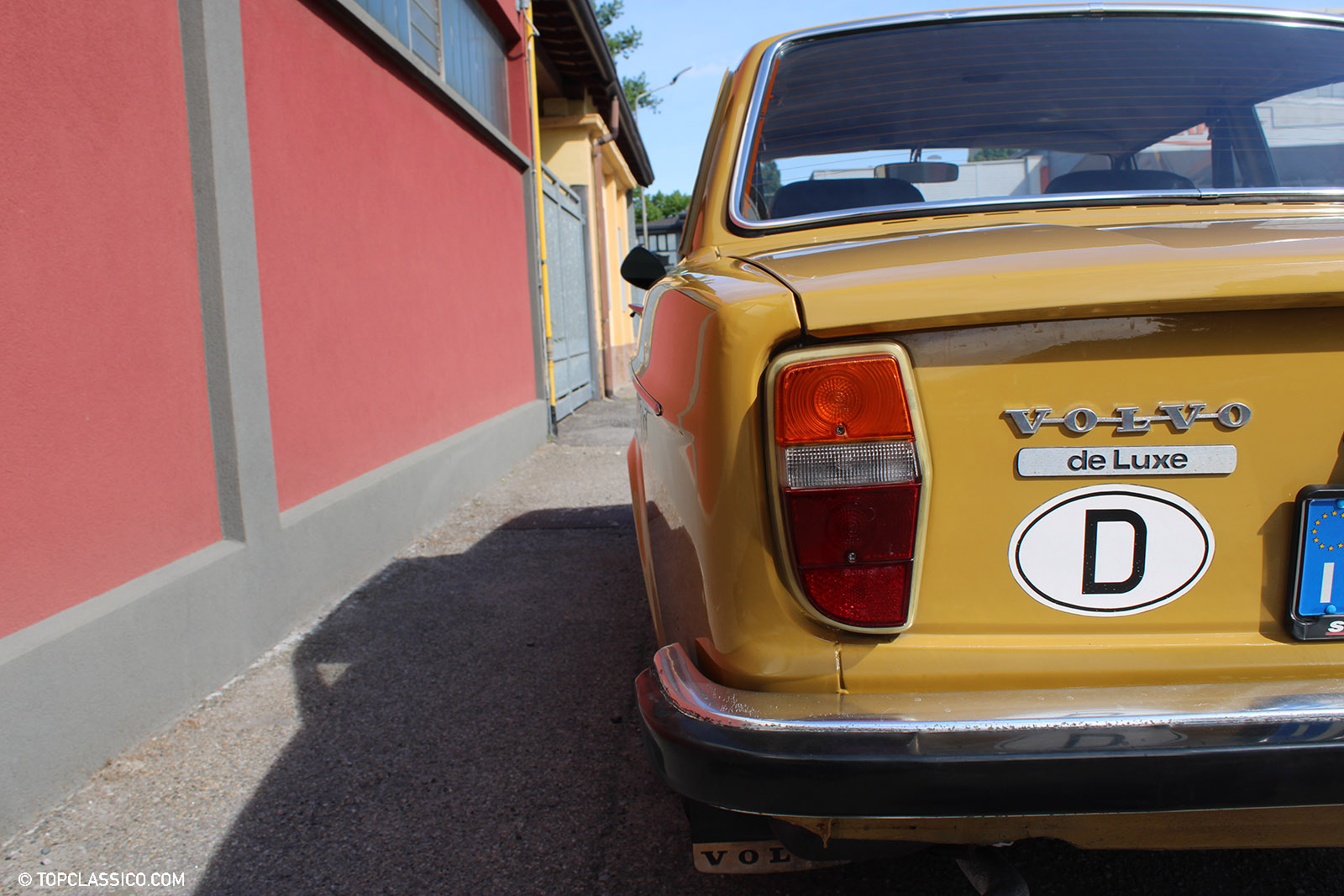 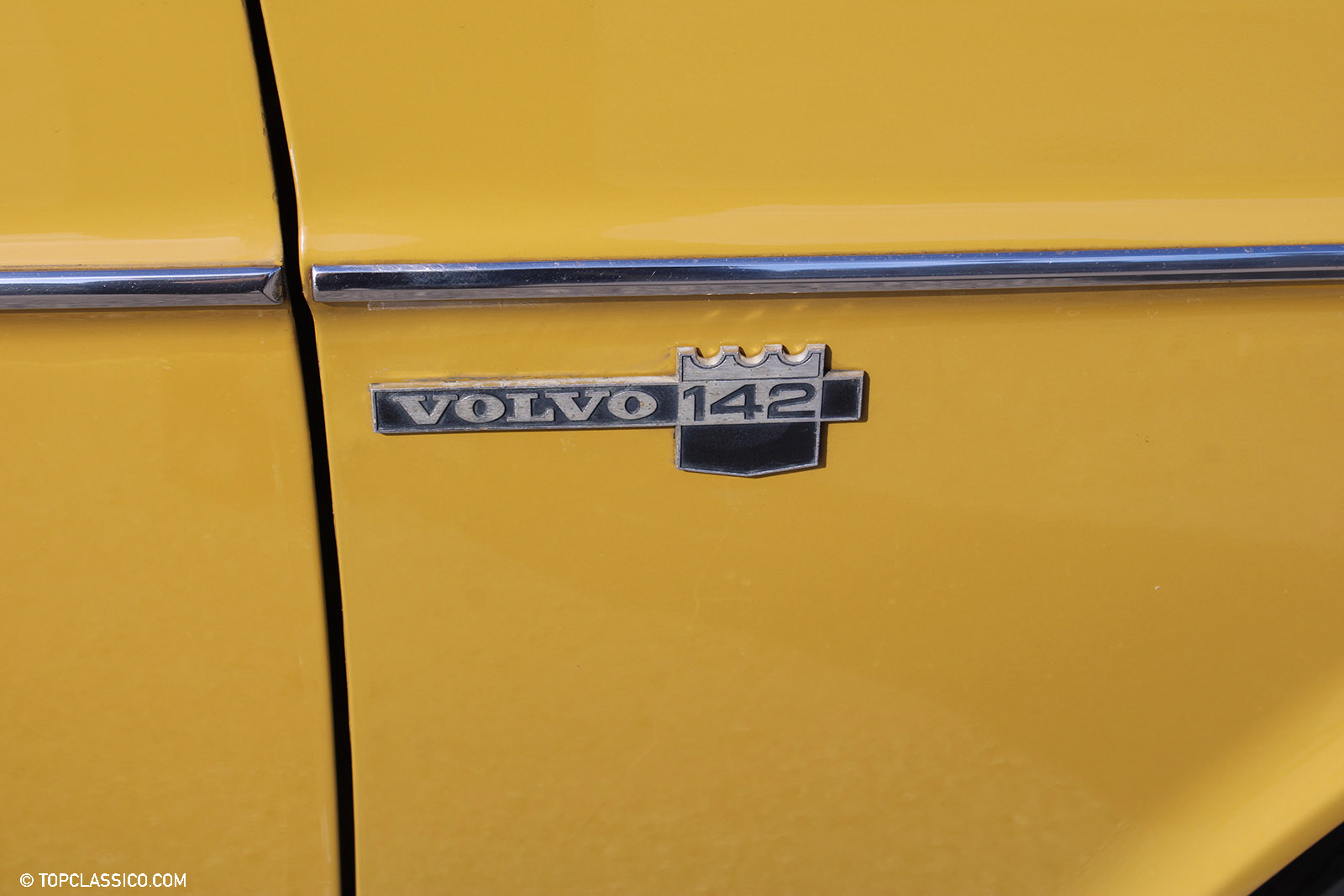 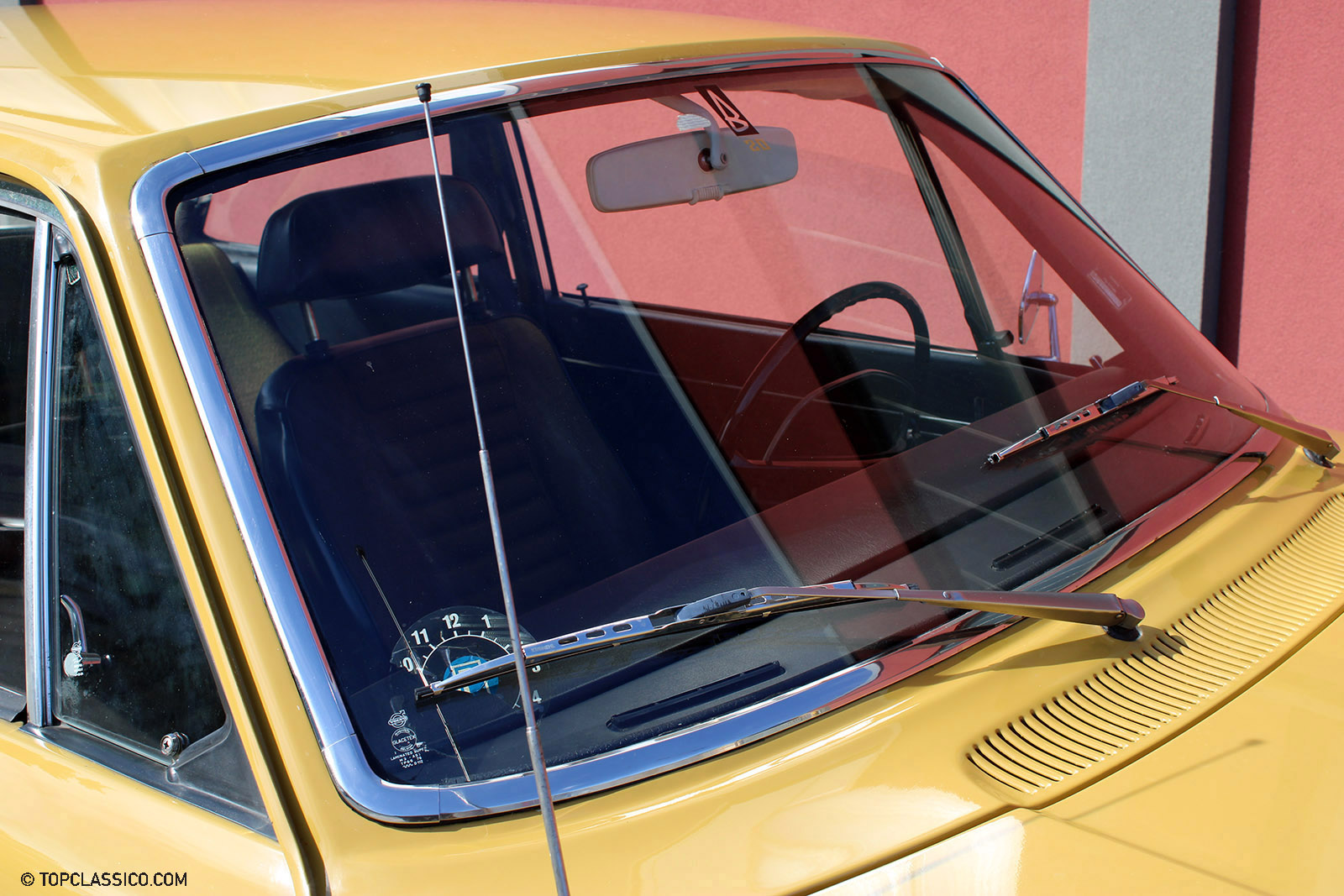 An all-female past. Despite everything, I decided to take it. First for the color, a “yellow” mustard typical of the seventies (Safari Yellow the official name) and in any case because the car was complete and original, with the interior still in good condition. Moreover, it had belonged to only one person for life, a woman born in 1930 who had just turned 40 when she bought it in November 1970. That was the first registration of the car. It’s just a shame not to have met her, this German lady who for many years has used the Volvo 142 as an everyday car with a driver. About her, who passed away in 2015, I only know that she was a smoker: this can be seen from the seats still vaguely impregnated with the smell of cigarettes and from a few burns here and there. I negotiated the purchase with a friend of hers, to whom she had left the car as an inheritance. Rather than still being semi-abandoned on the public street, I felt that the Volvo deserved a fresh start. I don’t even regret the many hours spent on weekends to get the car back into shape, because I find it a fantastic vehicle. A design icon of the Seventies, progenitor of the 240 series which in Italy made itself known above all with the cars of the SW version, called towards the end of Polar production. 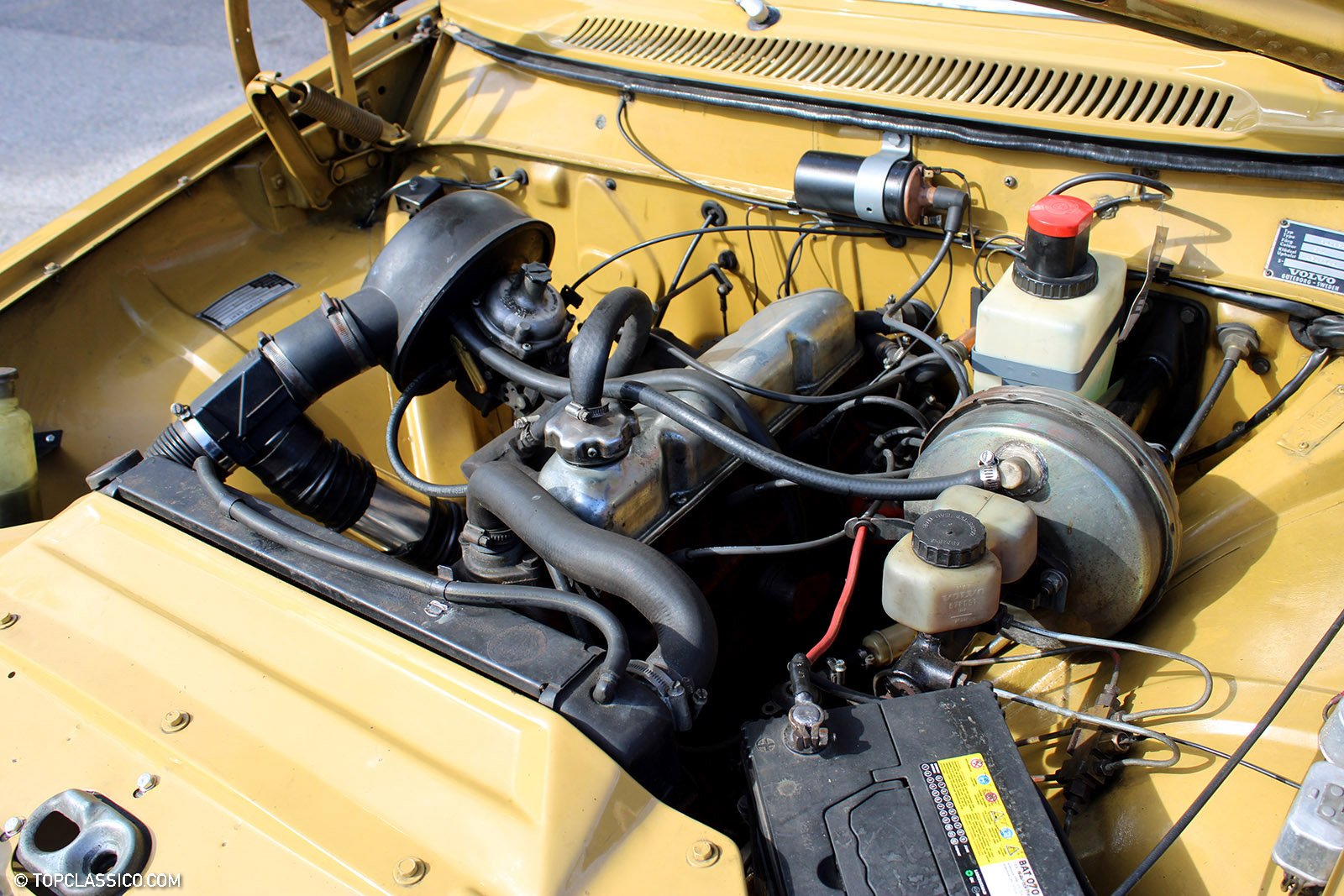 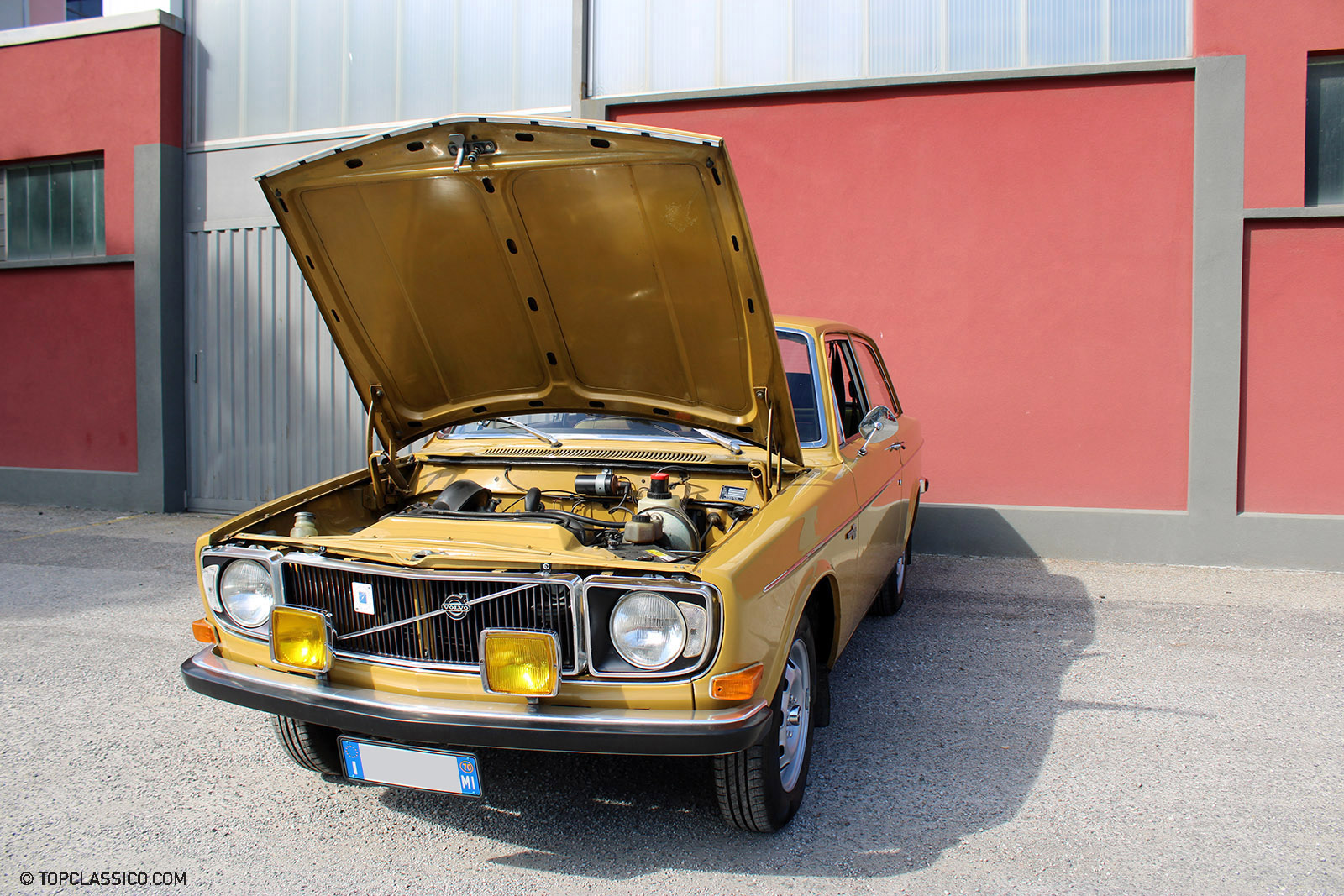 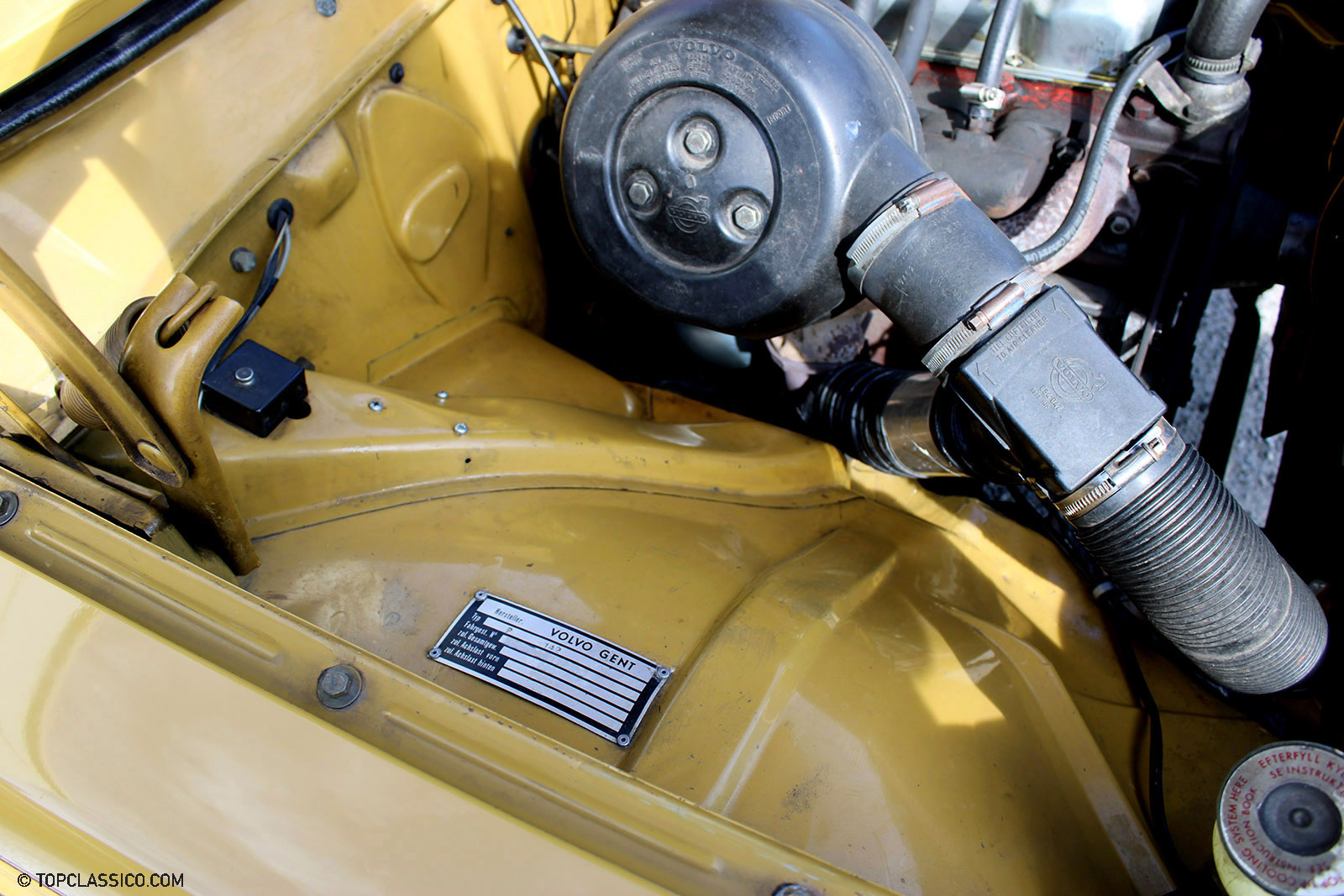 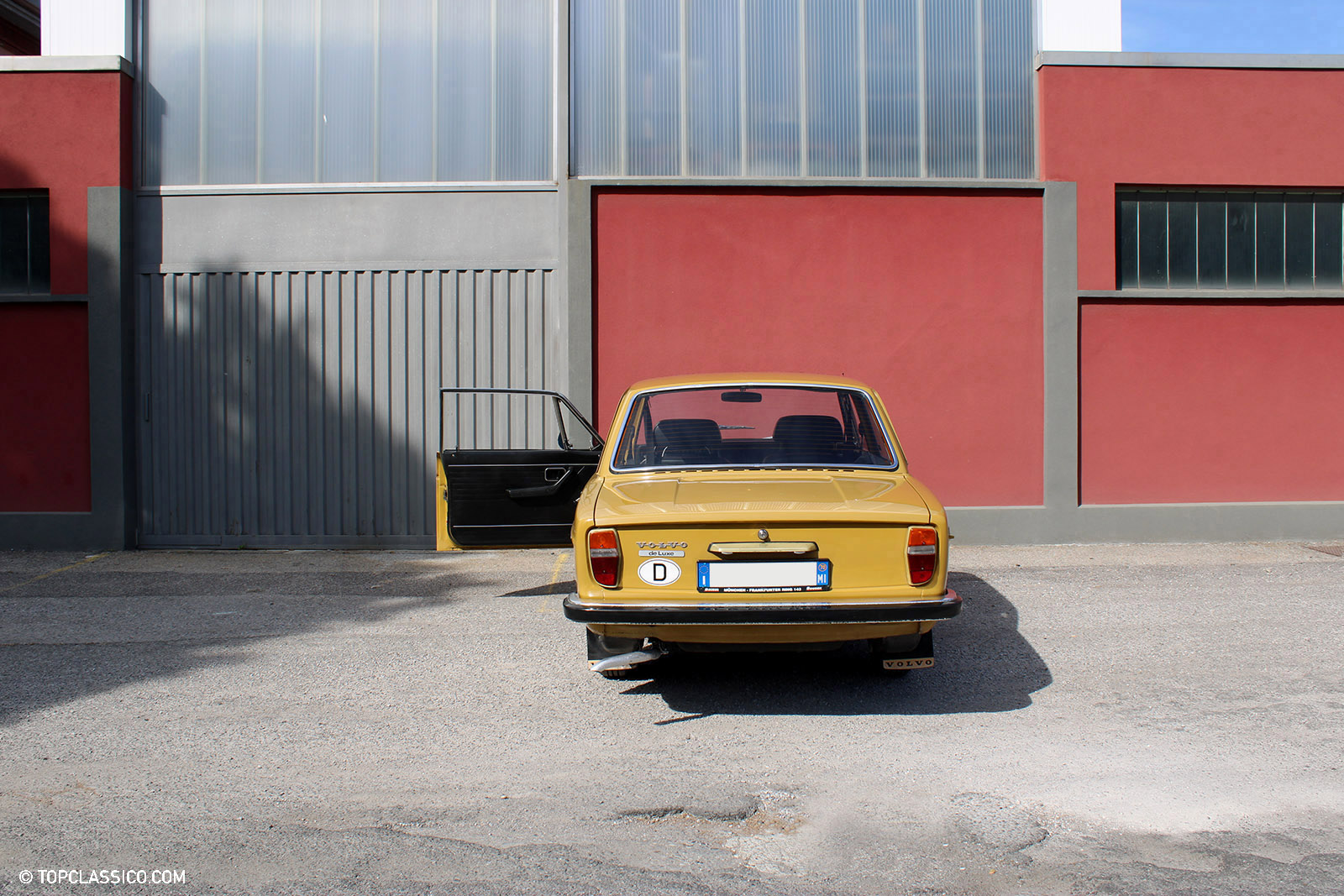 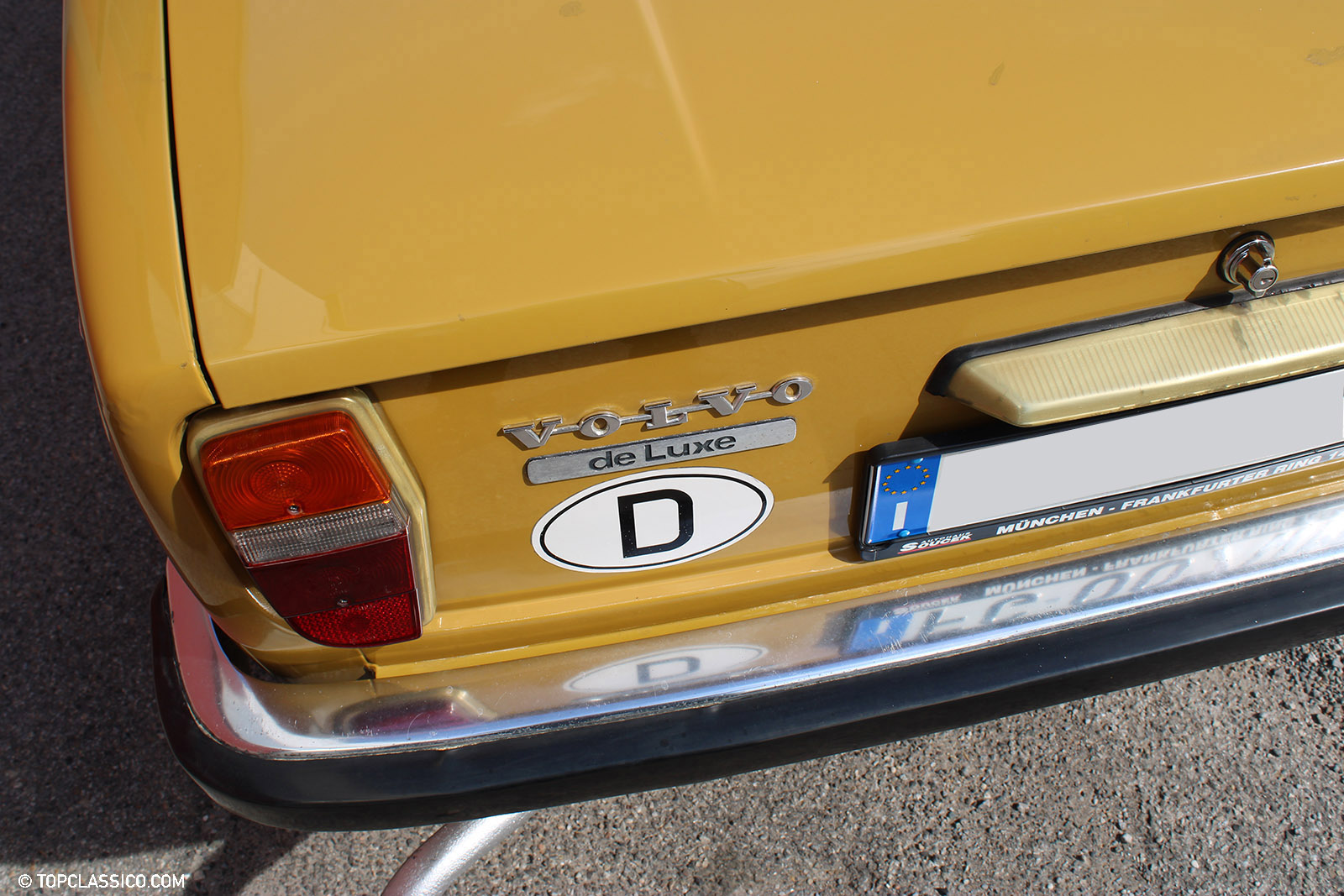 A lot of space for suitcases. In Italy, the Volvo 140 series are rare. Moreover, it is almost impossible to see the two-door version. Although officially on the list also by us, in fact at the time not many were sold. So much so that in 2017, when I was invited to participate in Volvo’s ninety years, celebrated at the Valentino Motor Show in Turin, my 142 was the only model registered in the Italian Volvo register. Despite its age, it is usable on a daily basis and is equipped with a very efficient braking system already at the forefront of the times thanks to the 4 disc brakes with dual-circuit front calipers and split pistons. Its 4.65m length and the lack of a power steering do not help for use in the city, but I find it very convenient for travel: it is spacious, the trunk is infinite. The hard steering, then, is forgiven by a turning radius that is unrivaled. The engine is nothing adventurous, compared to the previous Amazon 120 series it has not actually had any changes. But it is very reliable thanks to its simplicity: 4 cylinders in line, rods and rockers, in-line valves. 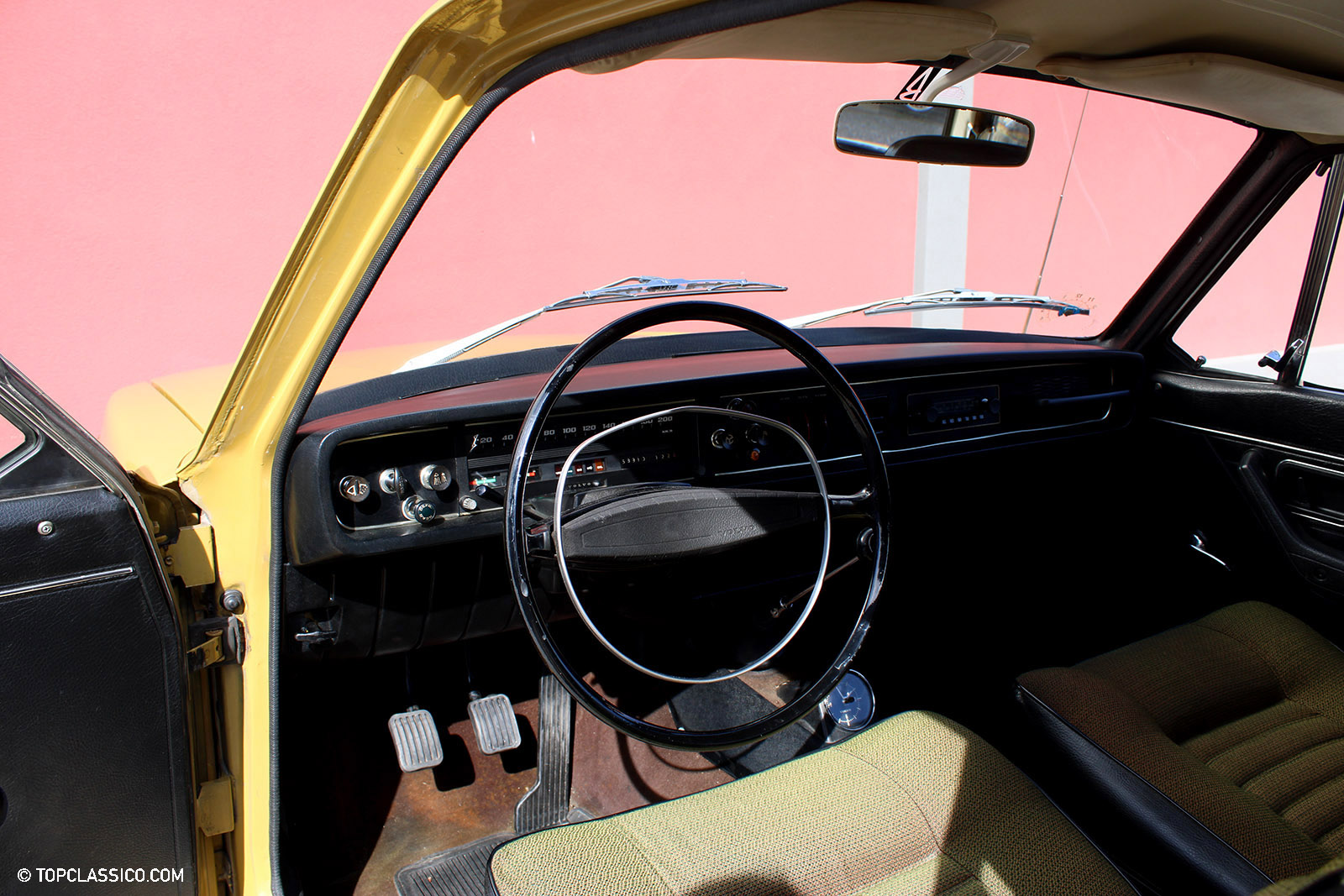 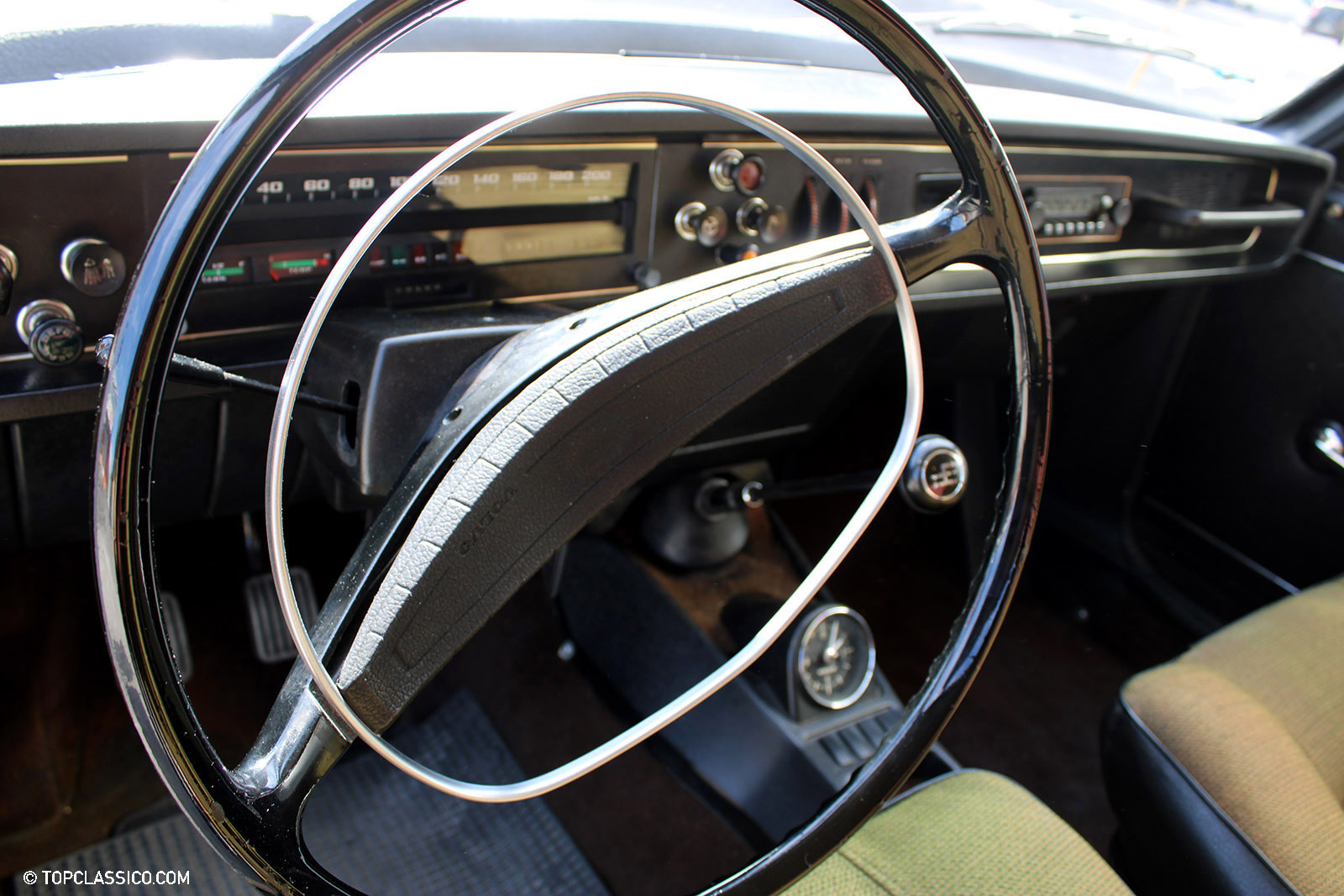 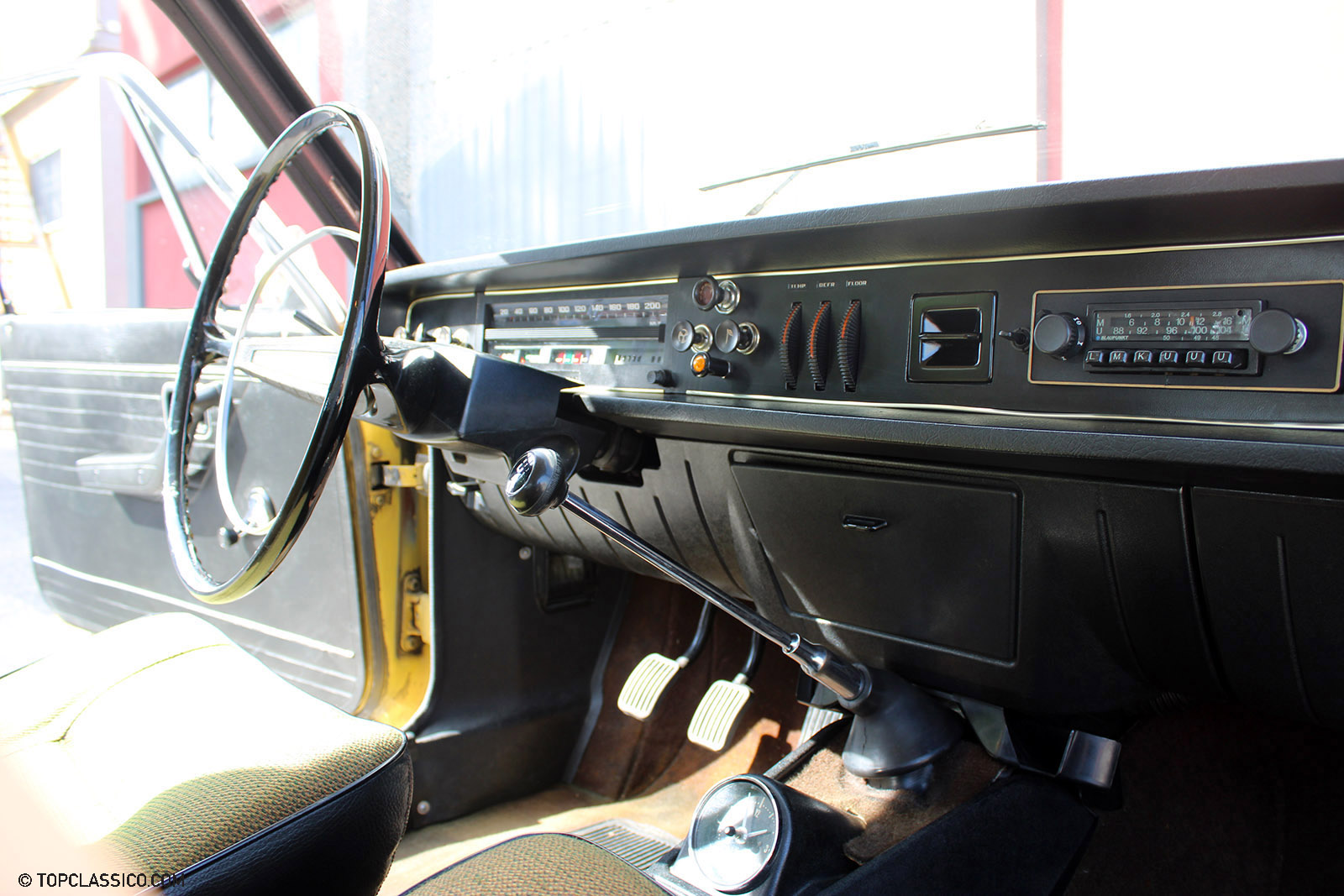 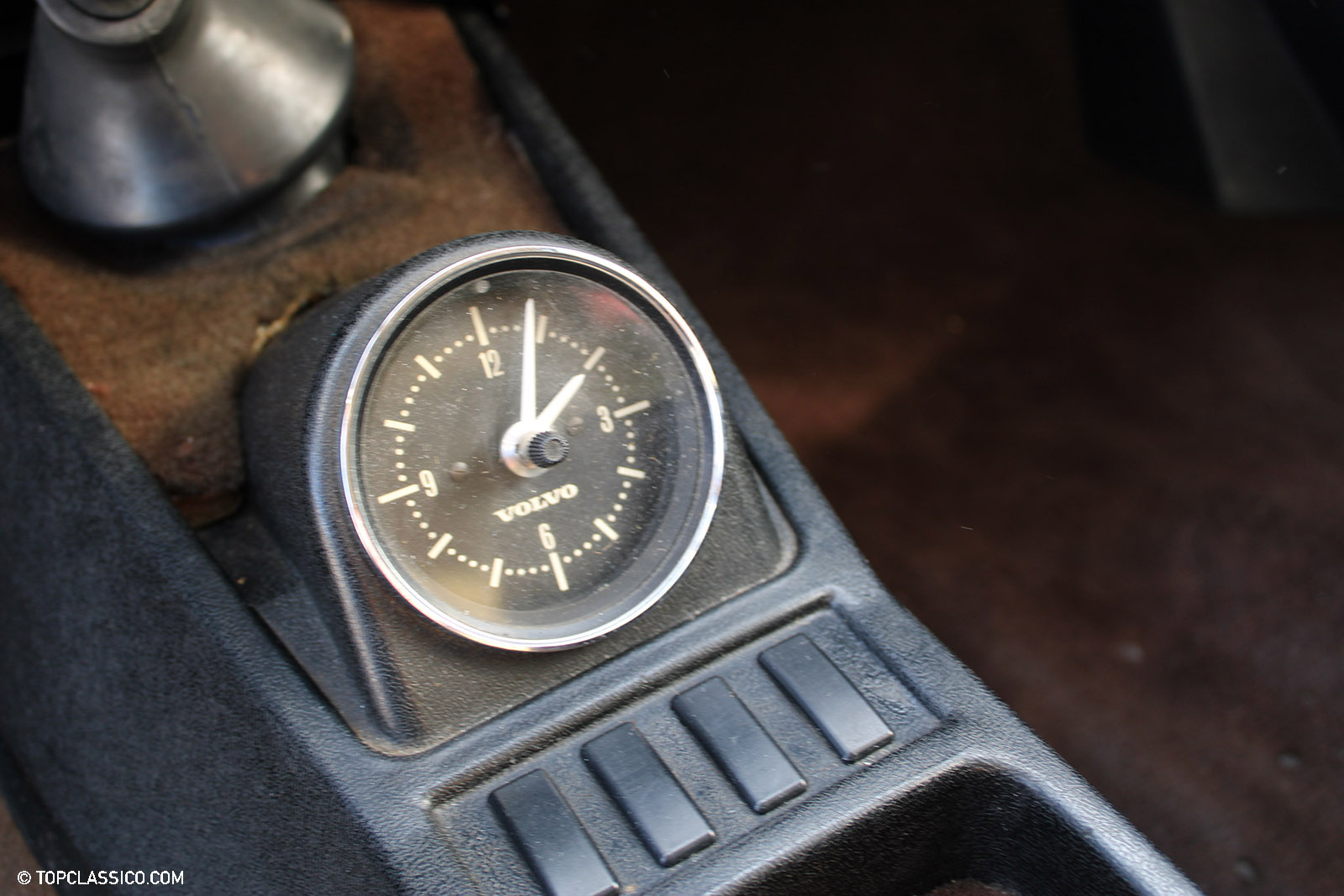 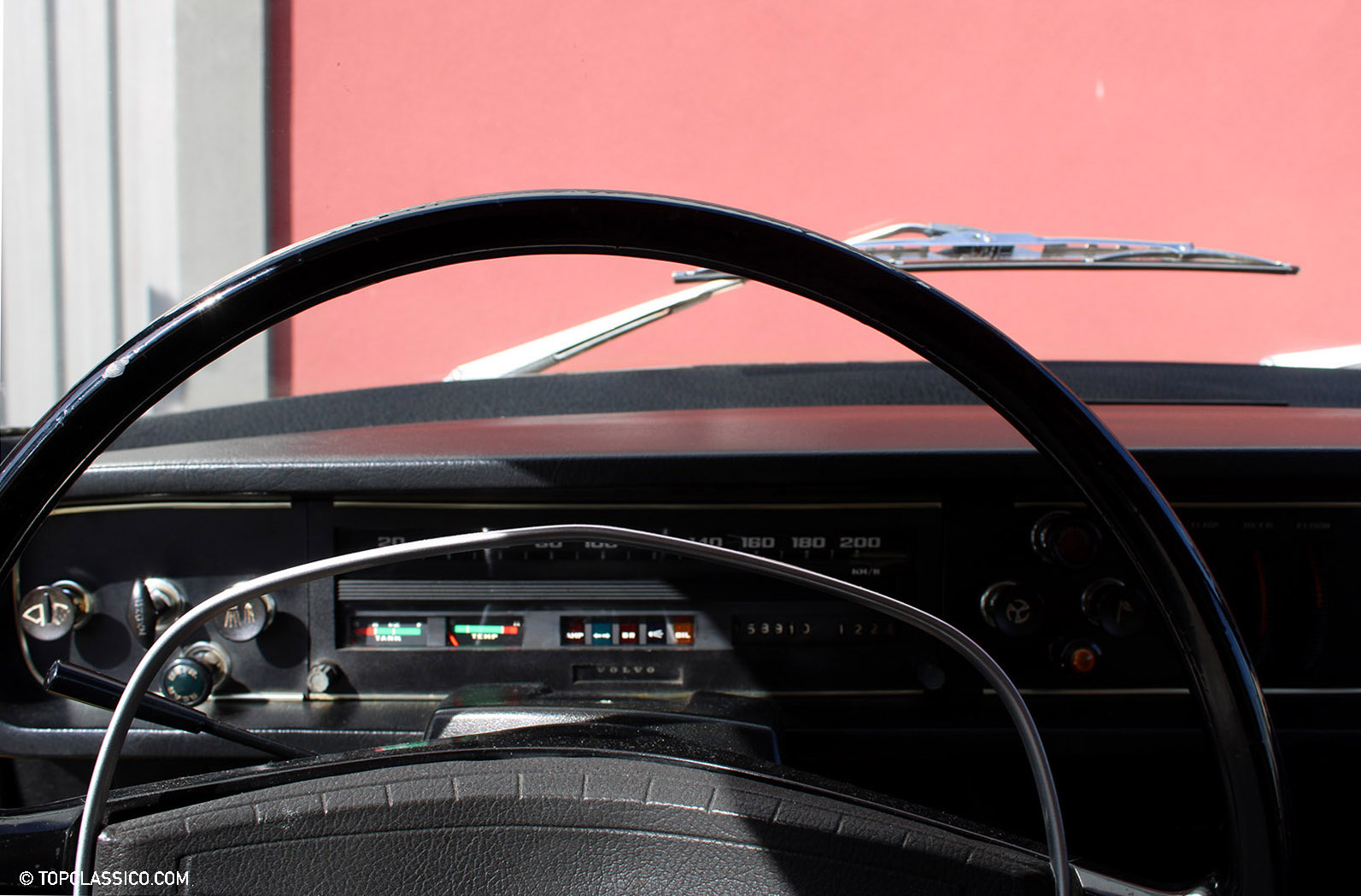 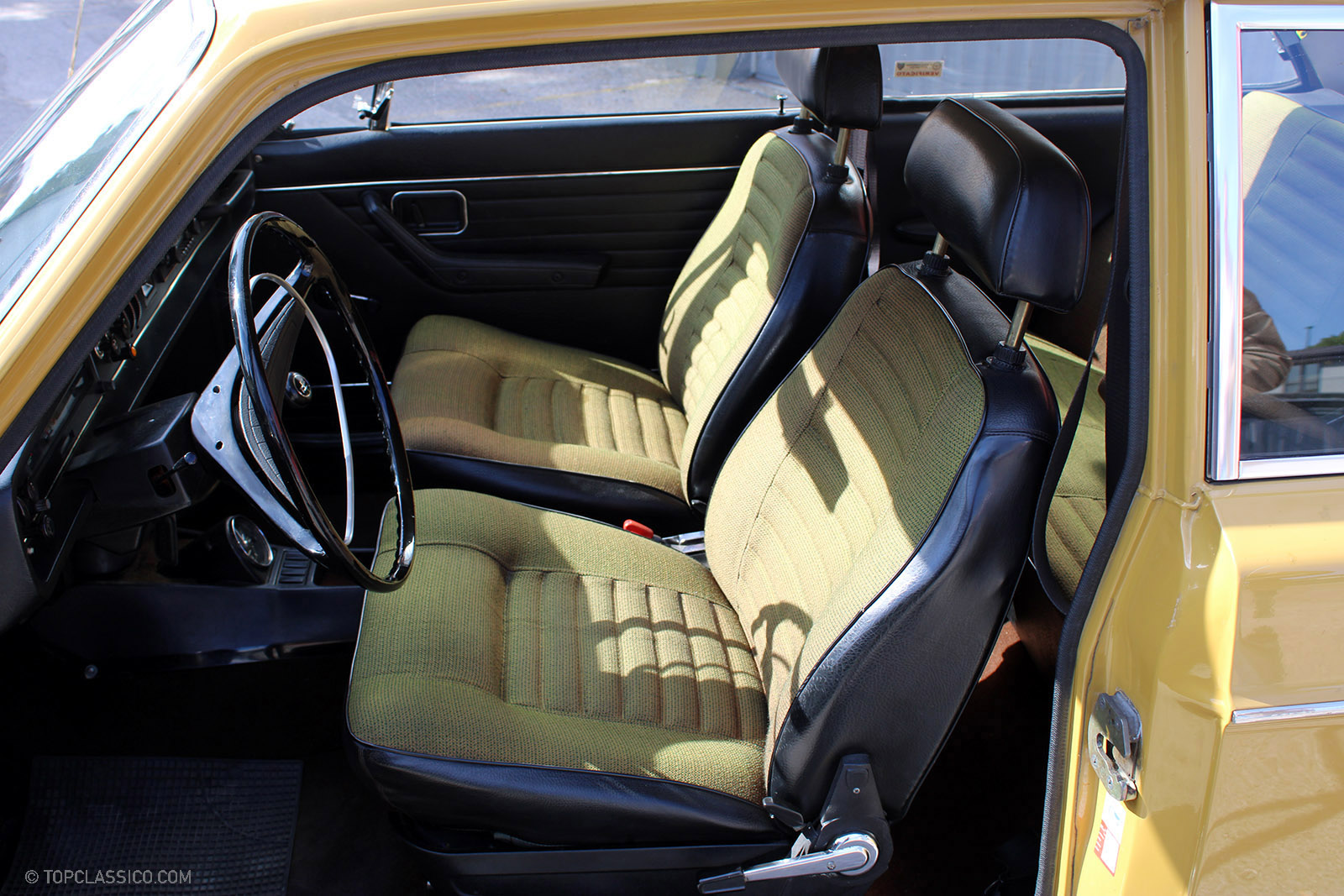 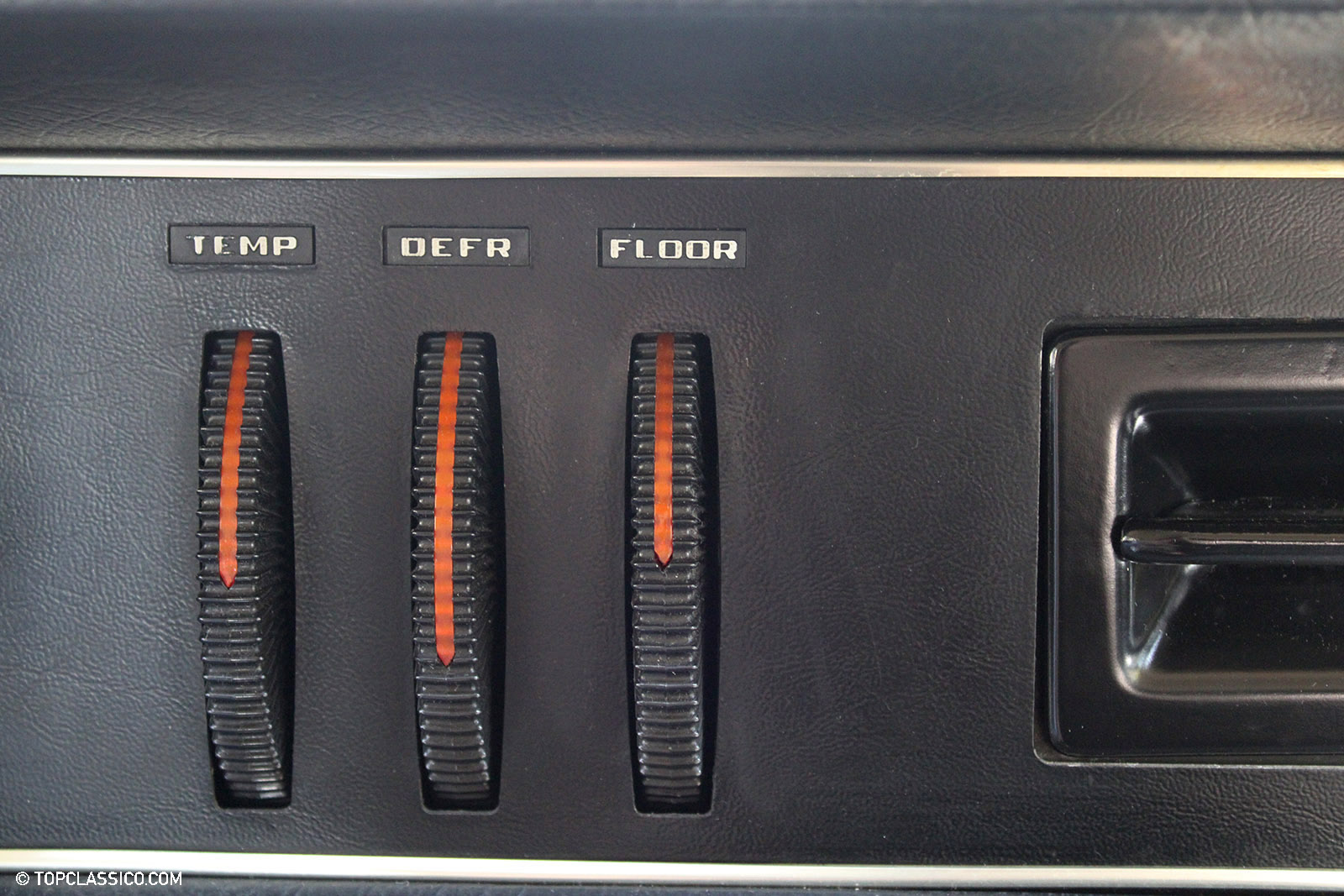 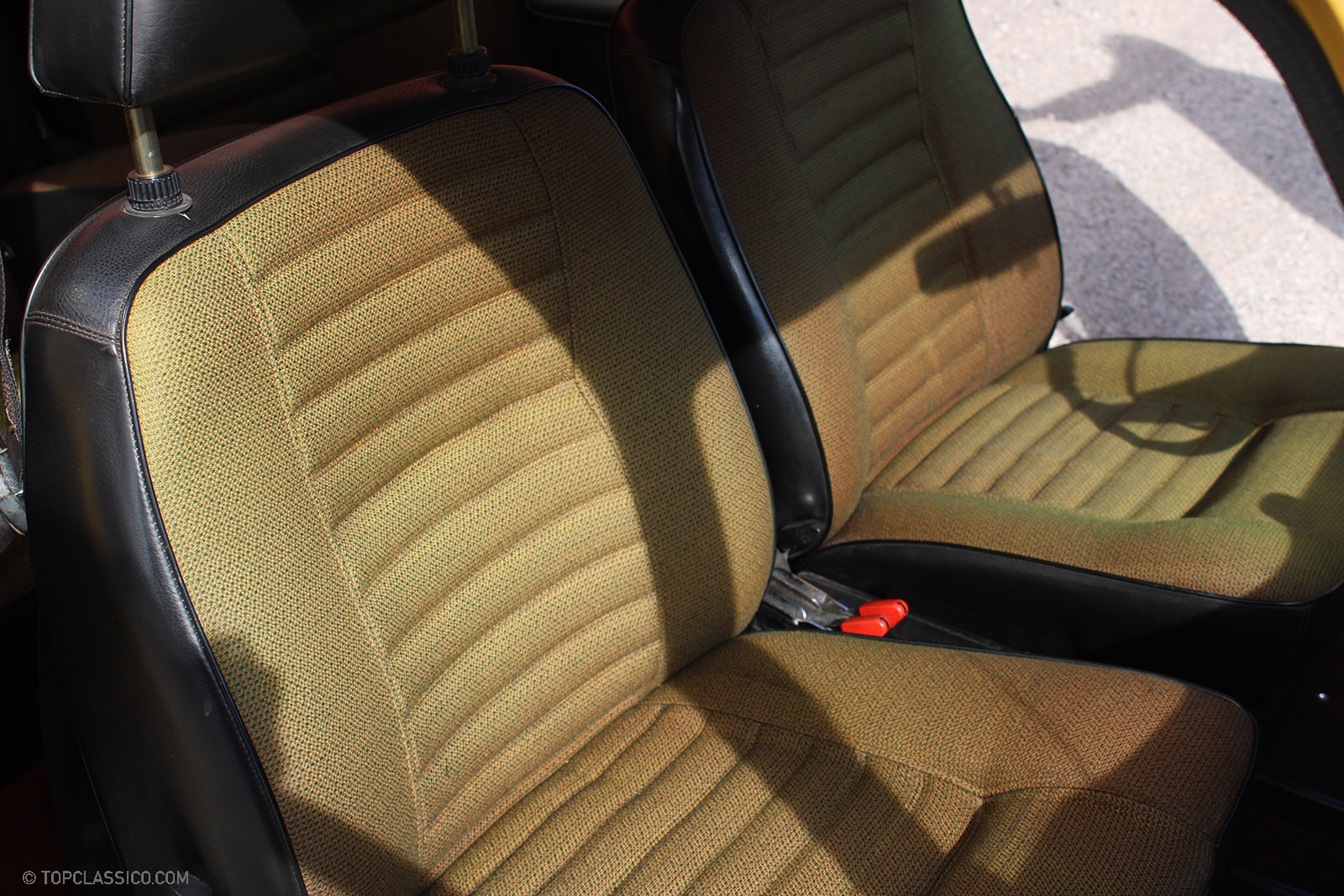 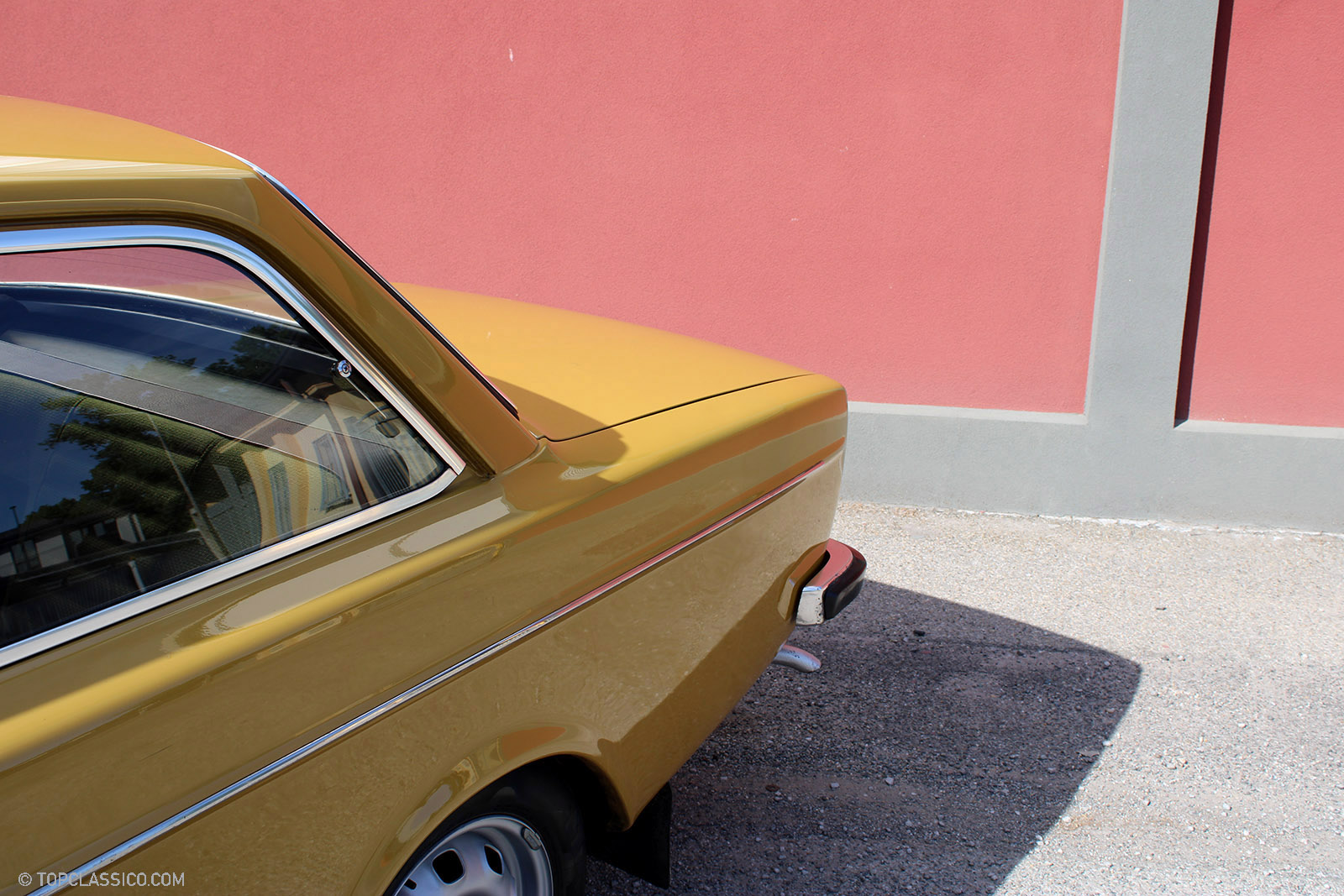 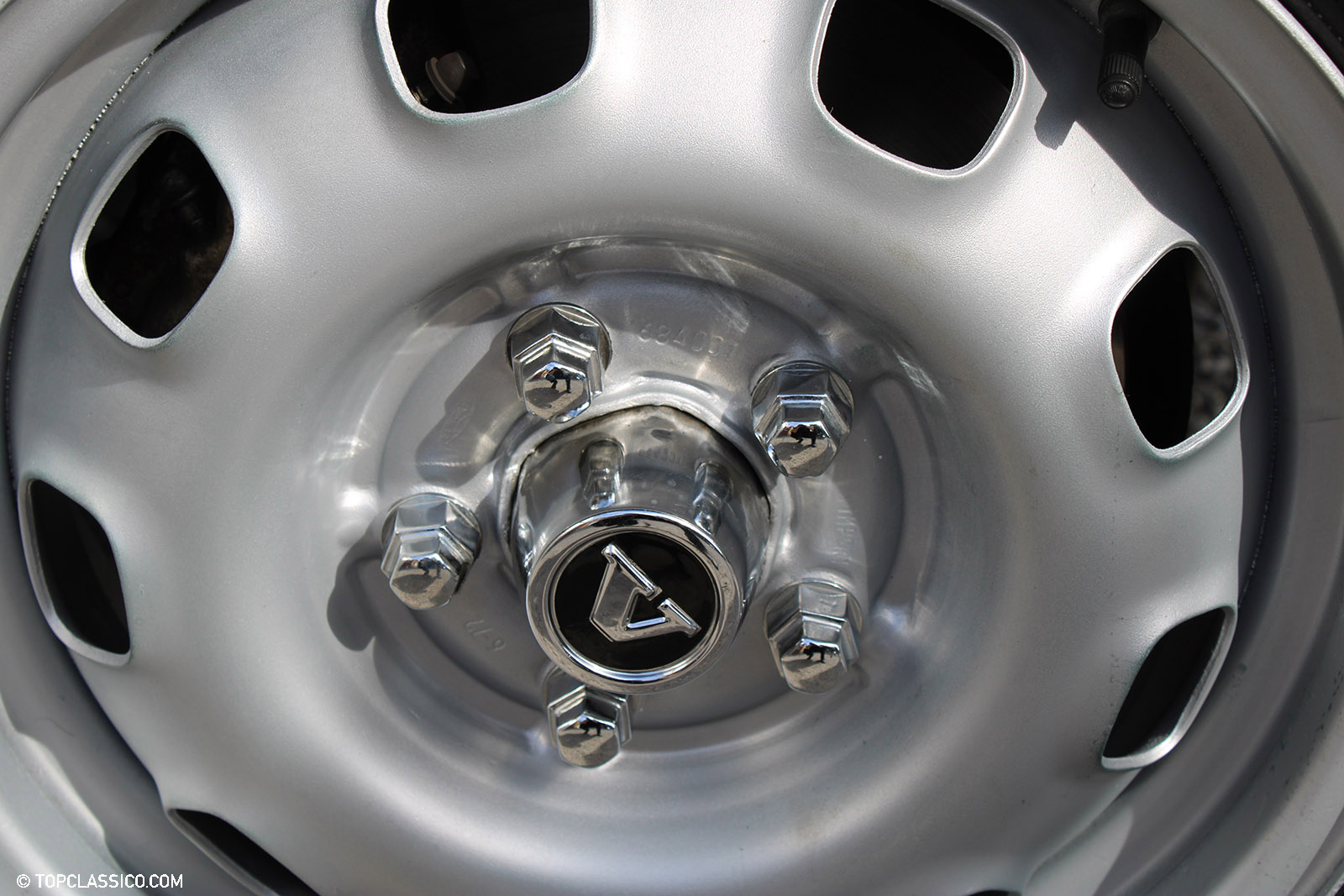 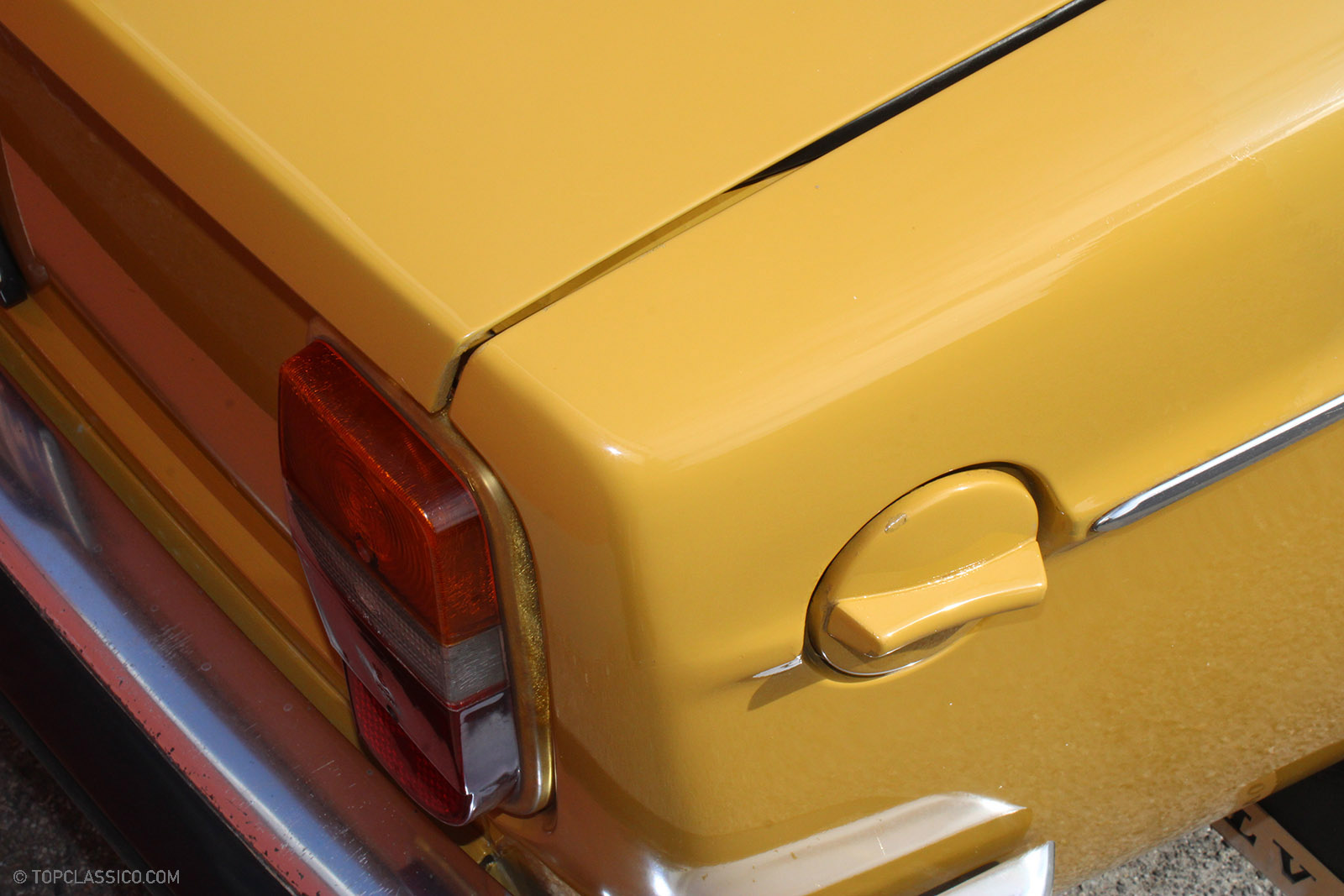 The car that came from the cold. This is the 82 HP single carburettor version; for those who wanted a little more sprint, the 102 HP DIN S version was available thanks to two SU carburettors and a slightly higher compression rate. The pre-1973 versions are still considered “light”, as they had not yet fitted passive safety aids such as anti-intrusion bars in the doors and bumpers with buffers. The maximum speed is only 145Km / h but thanks to the relatively short ratios it has a decent sprint and a good shot on mountain roads. It is a classic car to be used with satisfaction in the winter period, I use it from time to time to go skiing and, to drive it on snowy stretches, thanks to the rear-wheel drive it is a real fun. 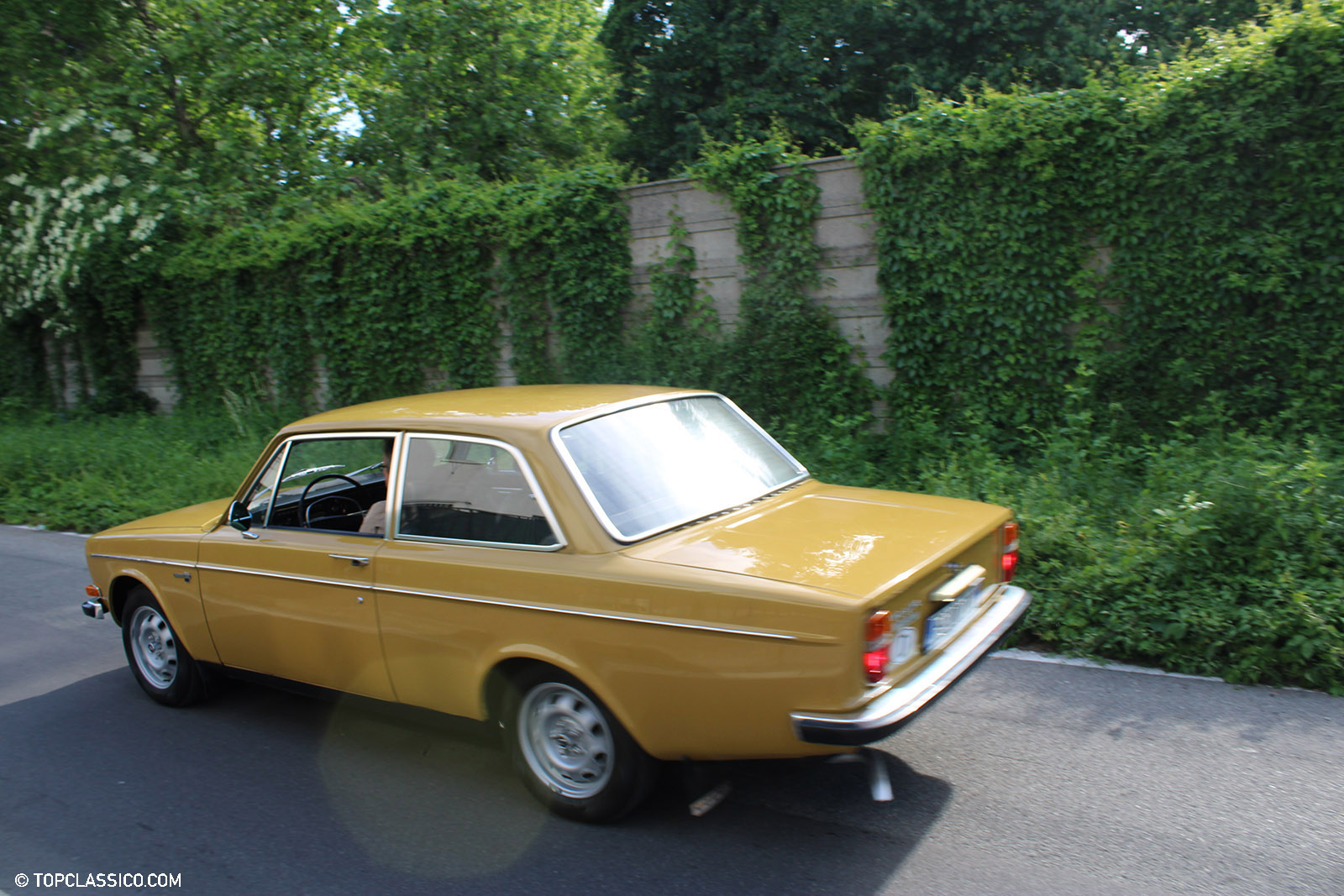 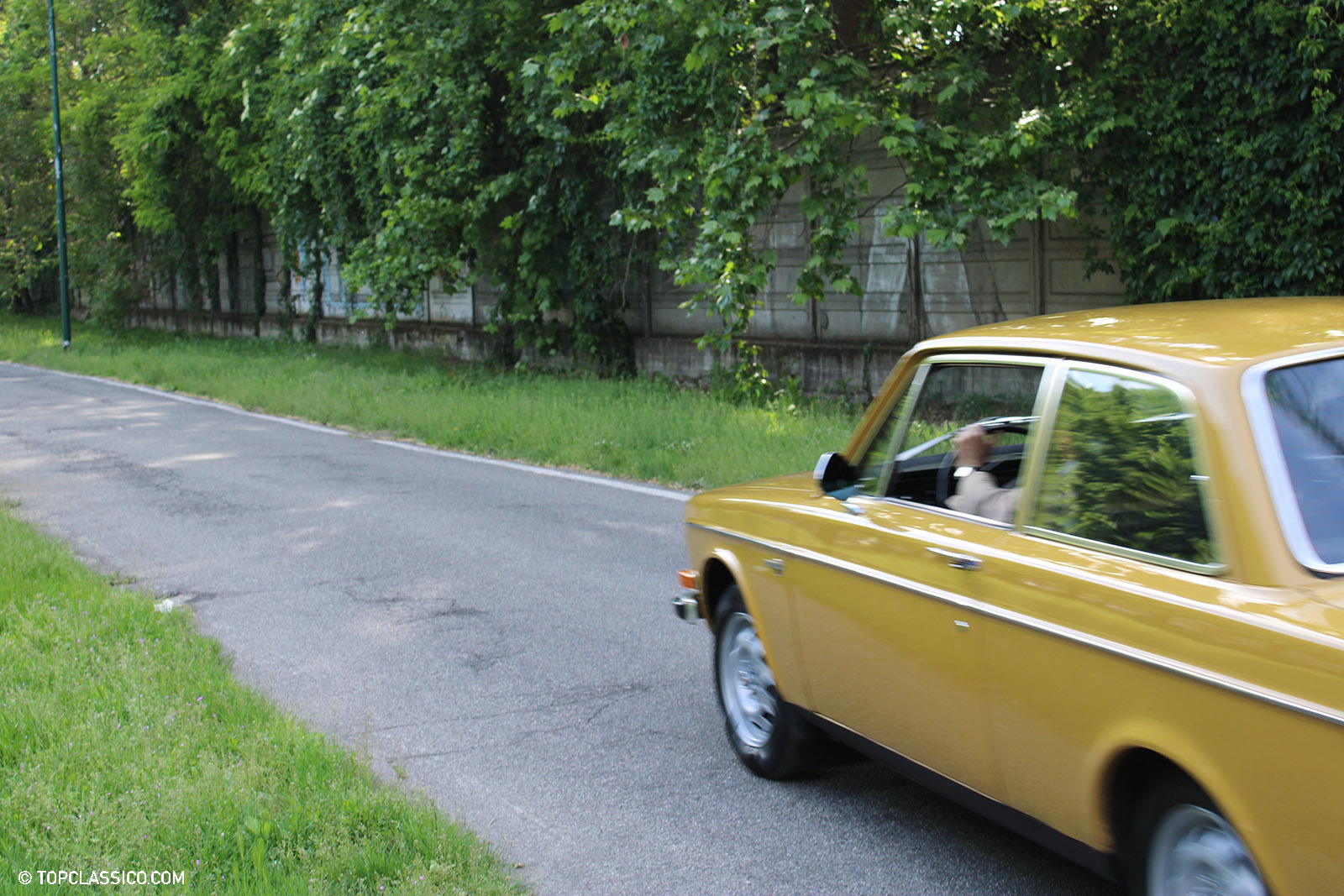 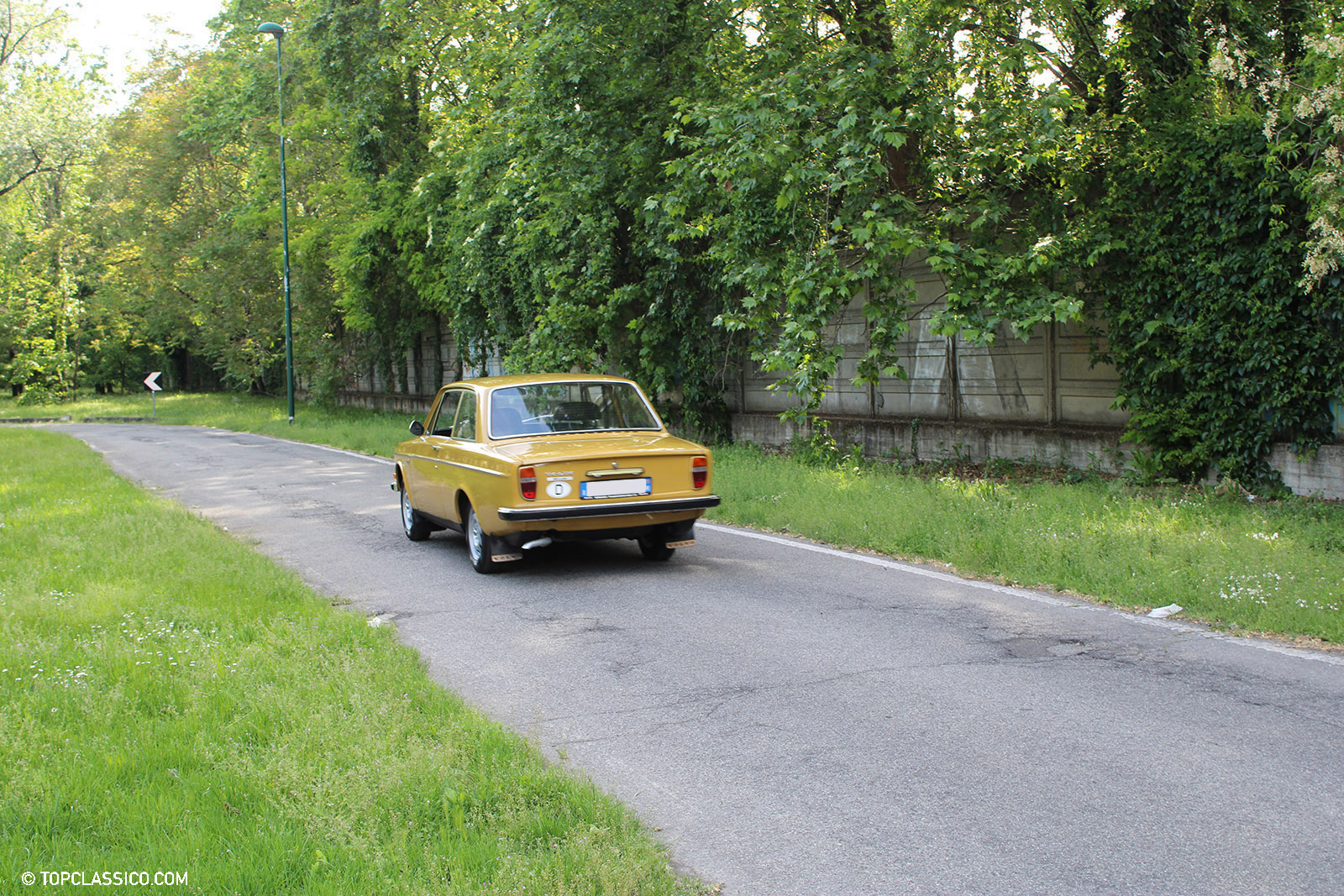