One of two existing prototypes of the splendid Isotta Fraschini, which was supposed to revive the company, was the queen of an elegant gathering with the élite of Milanese collectors

More than a great fascinating automobile gathering, it was a great sequence of surprising moments and meetings. Arte e Motori (Art and Engines) by Rotaract Club Saronno, at the beginning of this month was an incredible occasion. Partly because bringing together the pre-war people is notoriously not an easy mission, and partly because among so many exceptional presences – including a personality who made the history of the automobile in Italy such as the lawyer Eric Maggiar – there was also a car arriving directly from books. Indeed, from Pebble Beach: the only outing the 1947 Isotta Fraschini 8C Monterosa by Touring had done in its life was two years ago at the main concourse of elegance in the world. Then, it saw its first 50 km on June 2nd, in fact. At the rally organized in collaboration with the Scuderia Savoia Cavalleria, between an invasion as a “traveling museum” in the lovely Appiano Gentile and the final landing in the city of Saronno, in the afternoon. 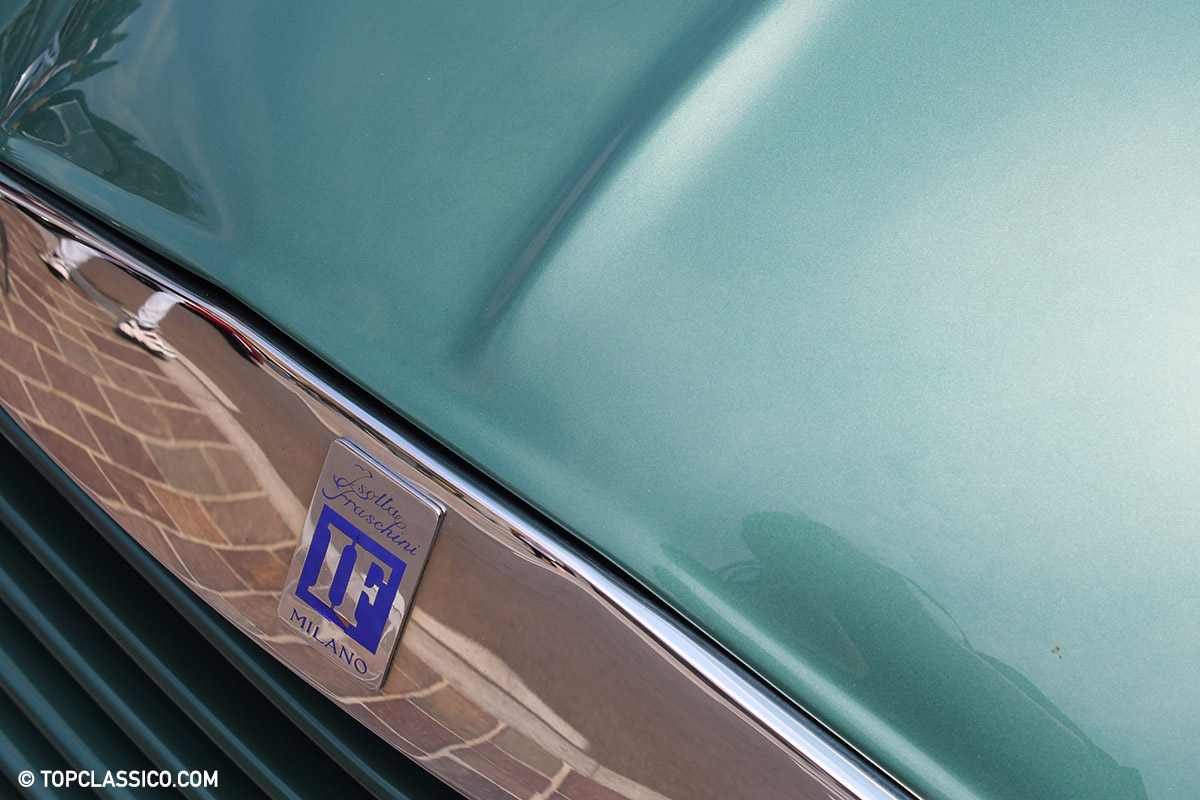 Saronno, an automobile capital. The town in the province of Varese is definitely a family destination for the 8C Monterosa. Here, the emotion of being able to see it up close was joined by the touching moment of the welcome that the former employees of Isotta Fraschini gave it in the main square. They remember the car abandoned in a warehouse in the local factory of the prestigious Milanese brand until the company closed in 1949: “We have recovered three of these prototypes” they recalled. The high-class model remained at the prototype stage. It had been baptized in honor of the headquarters in via Monte Rosa 79 in Milan after the displacement to Saronno due to the bombings of 1943. The hope was that it would take the company out of the post-World War II crisis. 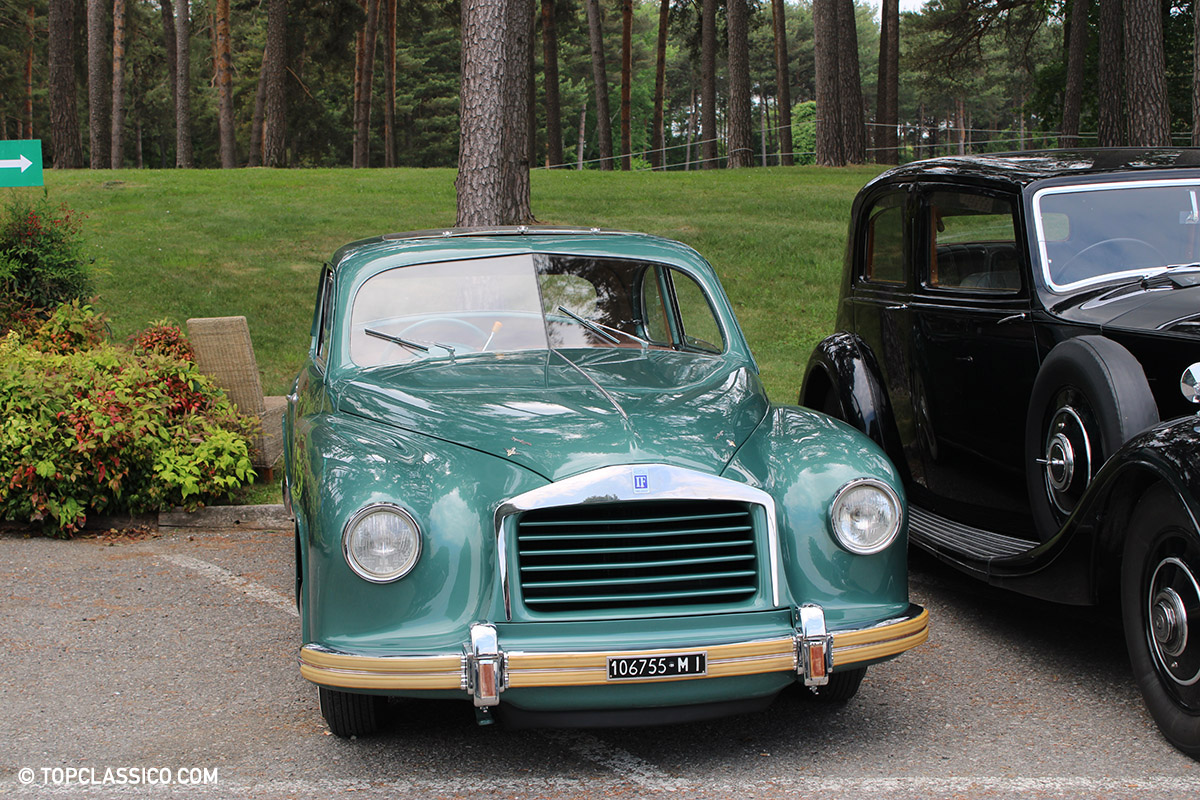 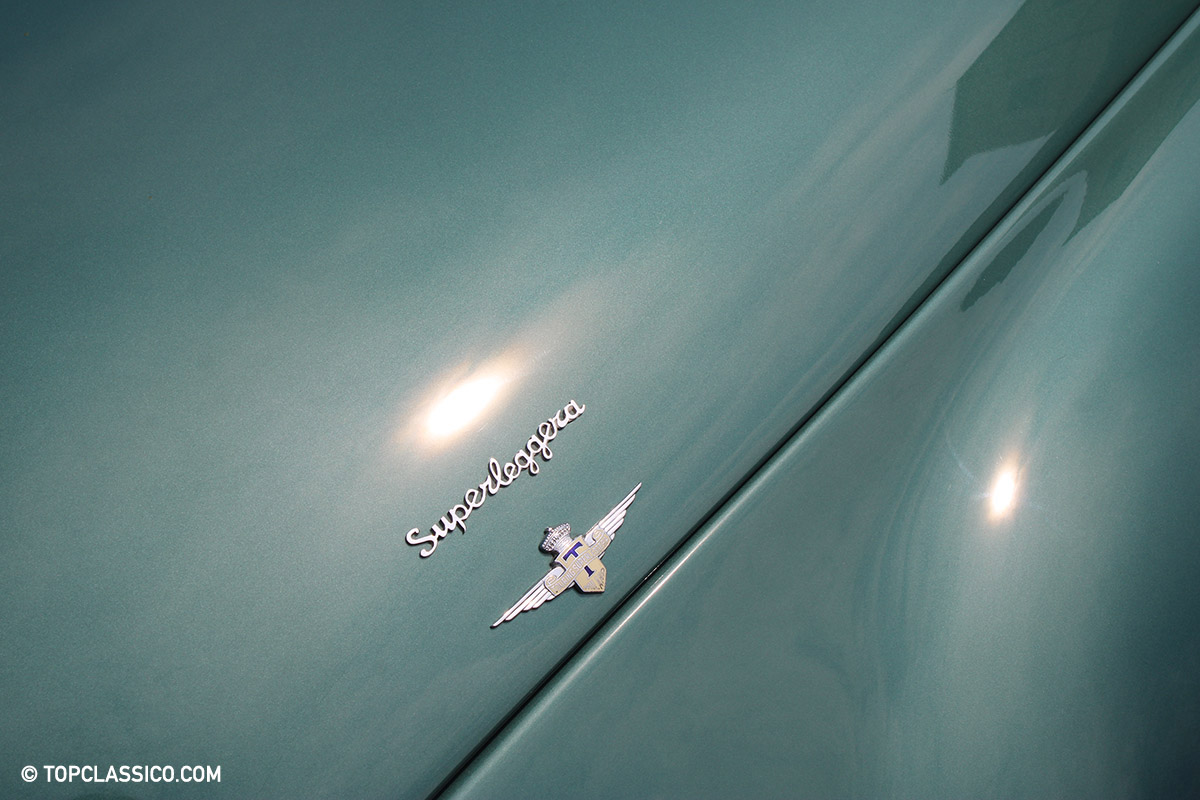 An extra luxury car dream. The first prototype of the 8C Monterosa, which has been lost, was Zagato-bodied; then there was a Boneschi convertible, a four-door sedan from the Touring Carrozzeria, which was also lost, and this wonderful two-door sedan. Initially it was in light metallic green, then black, and has now returned to its original color thanks to the owner, architect Corrado Lopresto. The engine represents the latest chapter of the prodigious Type 8 of the Isotta Fraschini, a V-shaped 8-cylinder which was mounted here at the rear, according to the design of engineers Fabio Luigi Rapi and Aurelio Lampredi. 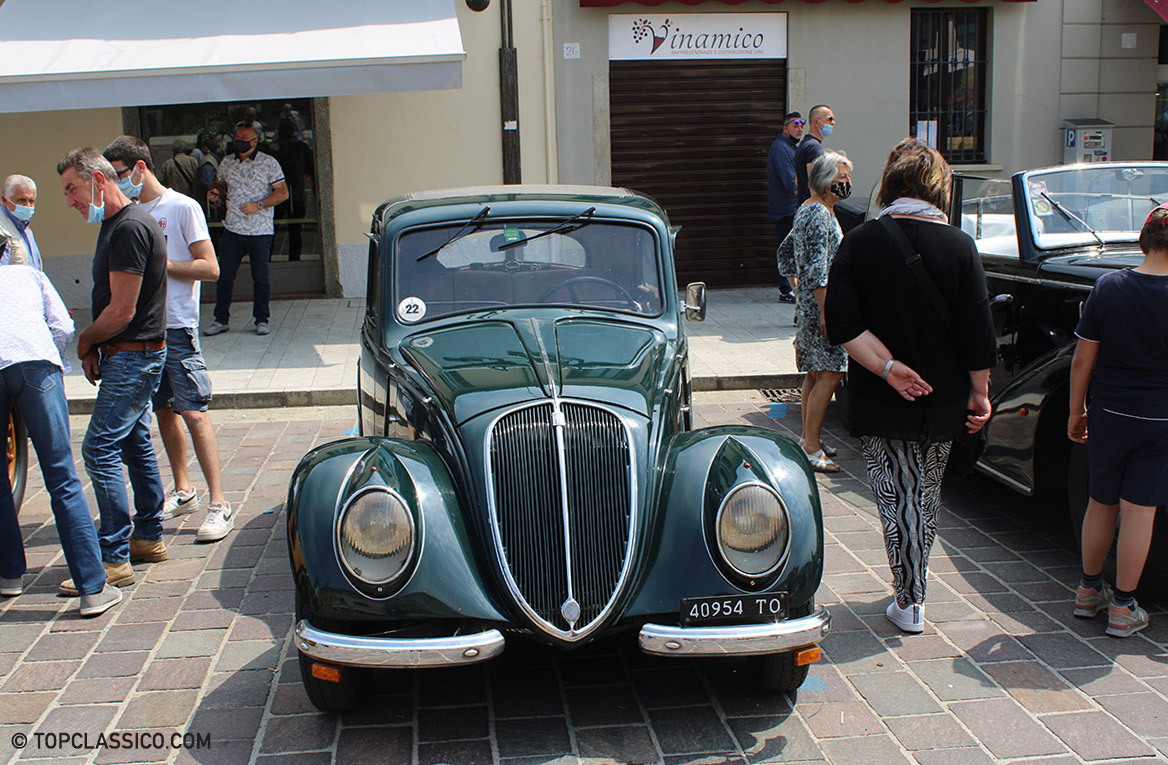 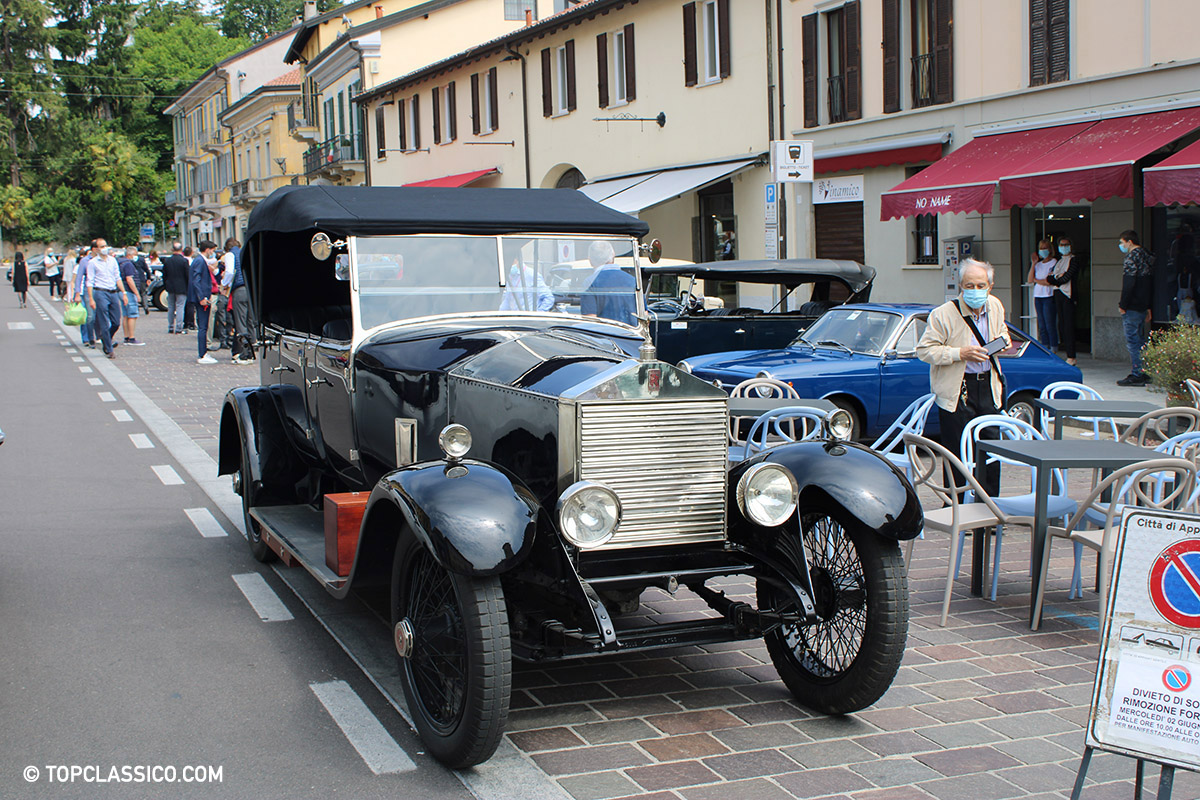 The king’s Fiat 2800. Some of the most beautiful cars of Milanese collectiors up to the 1930s took part in the event in the hills around Saronno, proud and determined. Among them, there was a very rare Ceirano CS – the oldest car – and five representatives of the Turin manufacturer par excellence such as a Fiat 503 and a Fiat 514 Torpedo, a Fiat 515 Berlina, a Fiat 1500 A and, finally, none other than King Vittorio’ Emanuele III’s 1939 2800 Torpedo. The car had subsequently passed into the hands of Mussolini, who just used it to welcome political personalities, accumulating a quantity of km which was also symbolic, 23.000 km overall, and has now belonged to the same family since 1969. It seems that the habit of resting was already in its destiny: “Even if it remains in the garage for six months, you just need to turn the key and it starts immediately, no maintenance is needed”, the current caretaker says. The quality of the medium-high range of the Fiats of those years is still being felt. 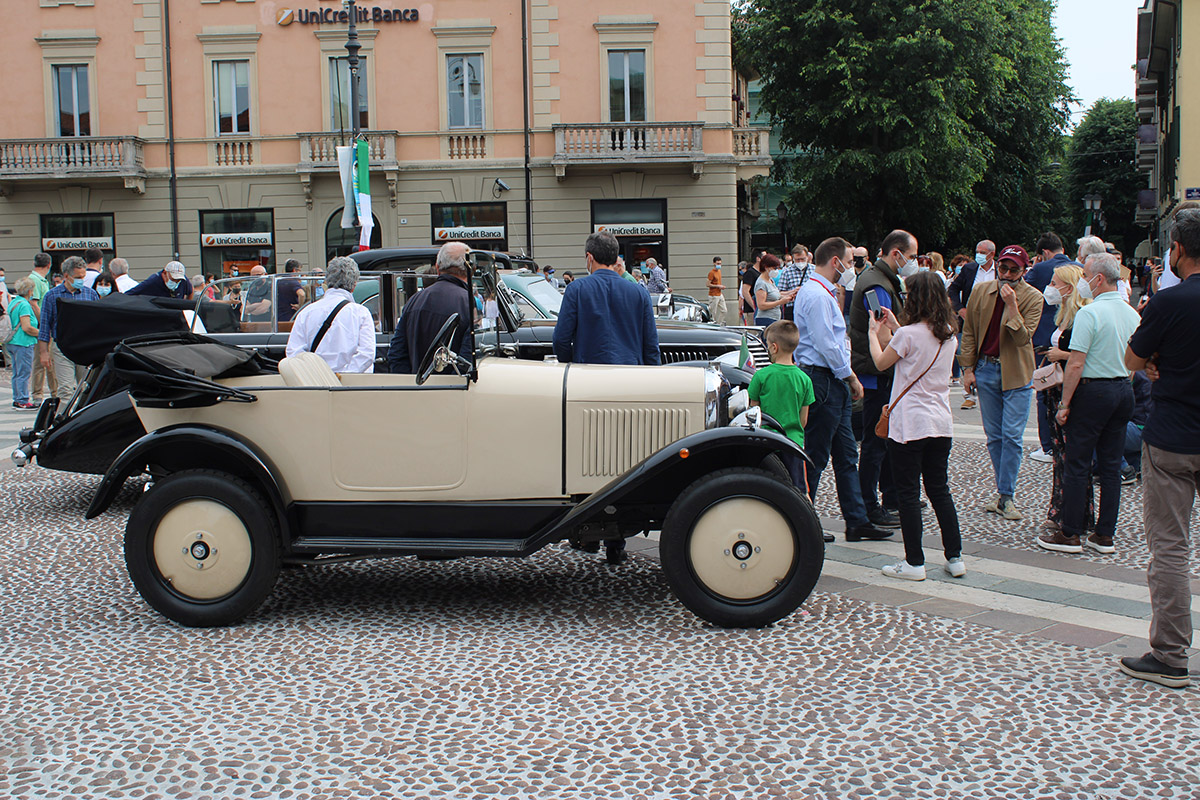 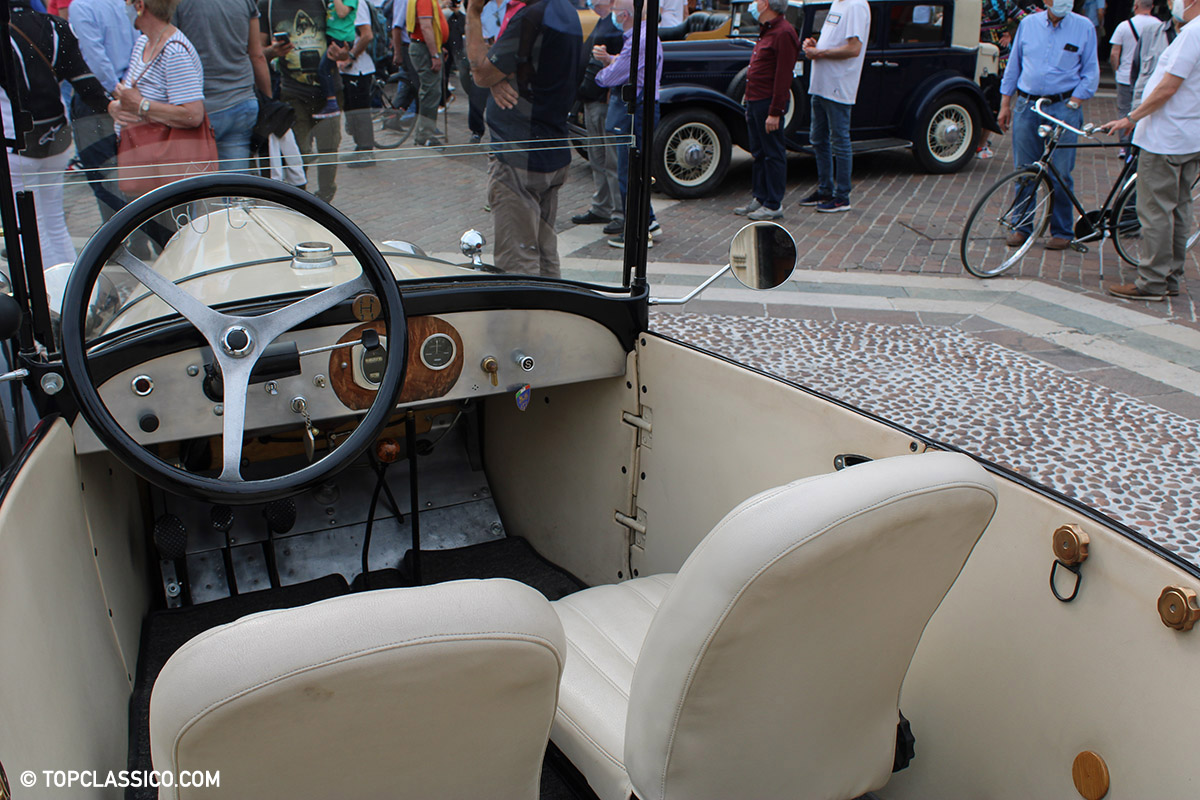 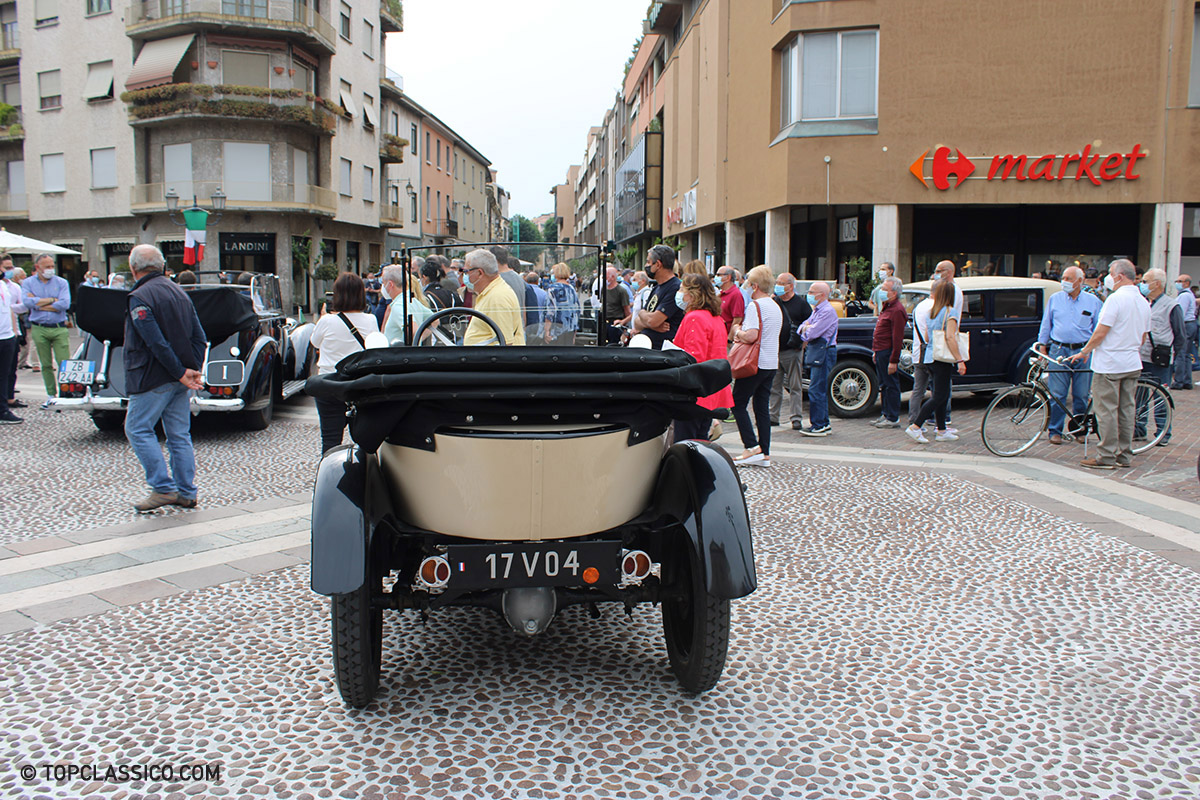 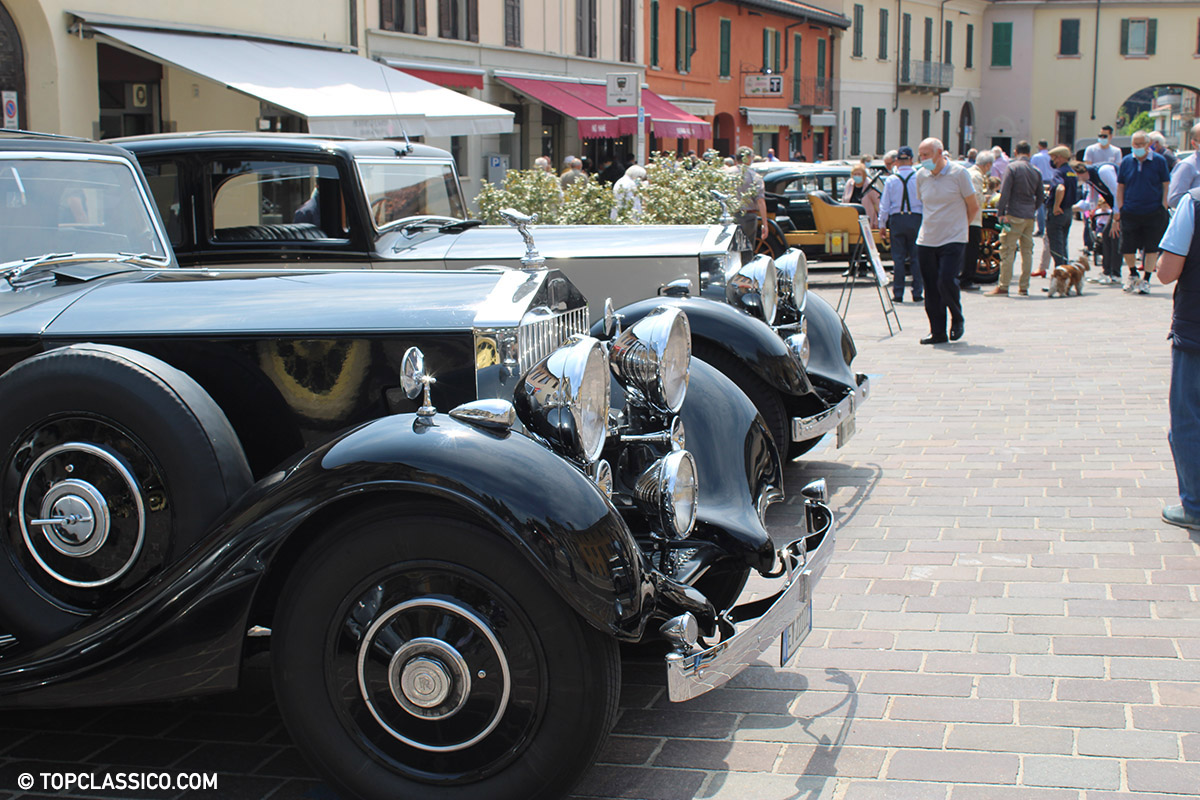 Silent like only a Rolls-Royce. Arte e Motori (Art and Engines) included three Rolls Royces, of which one 20 HP and two 25/30 HP. One of these last had only two owners and the second, who is the current one, bought it more than thirty years ago. It still has the invoice from when the car was first purchased, in Kent. Two-tone, with Cockshoot aluminum bodywork, like a true queen of the road it has never needed any restoration, only a freshly bought repaint. “I only changed the tires, never even touched the mechanical rod brakes”, specifies the driver, who in the past years has made it run around for at least a dozen Transappenninica, a pre-war Italian prewar car event of about 1500 km (now disappeared). Even the radio is working: a tube radio from the 1940s which, with its good antenna, is still in service. 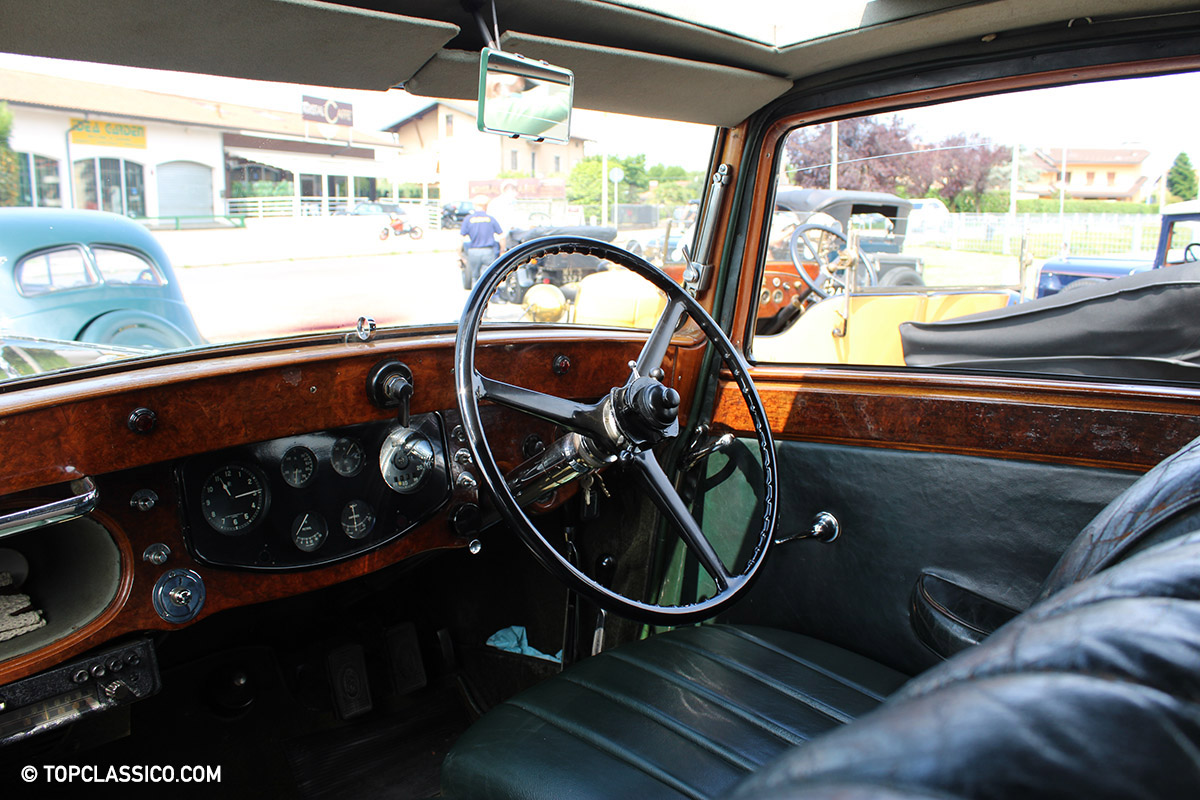 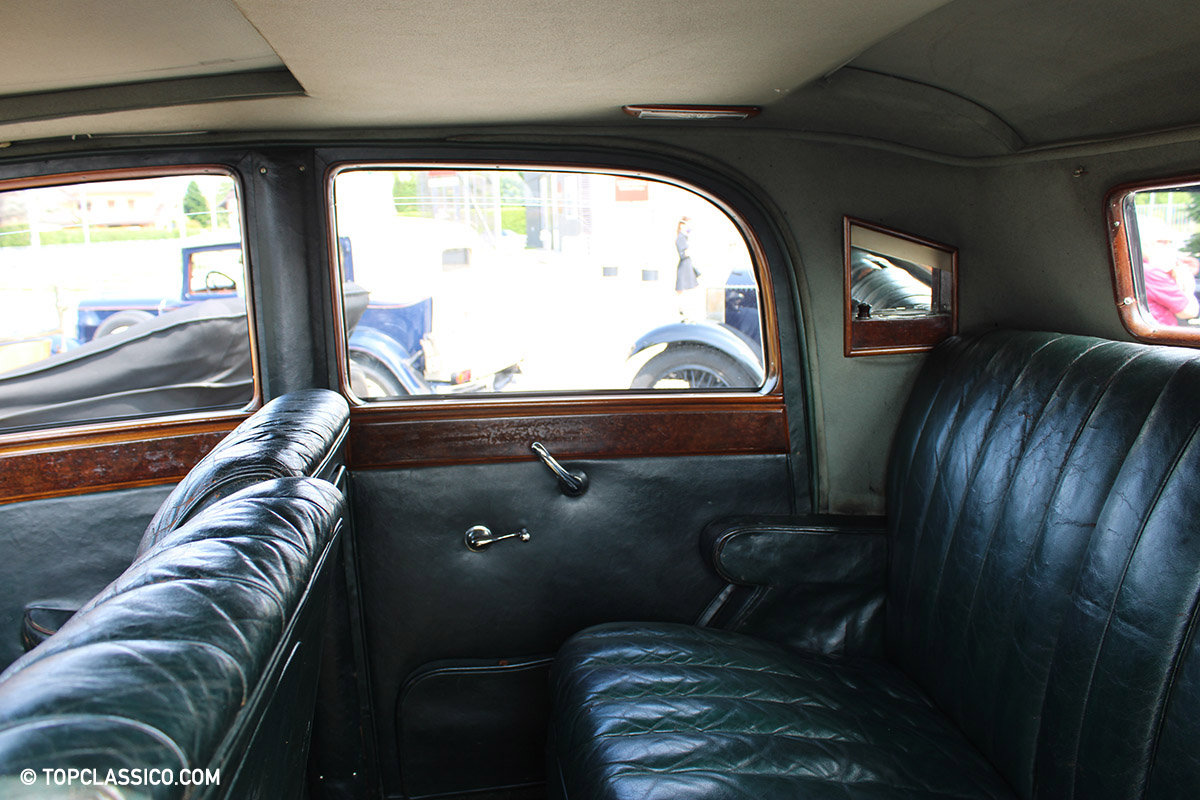 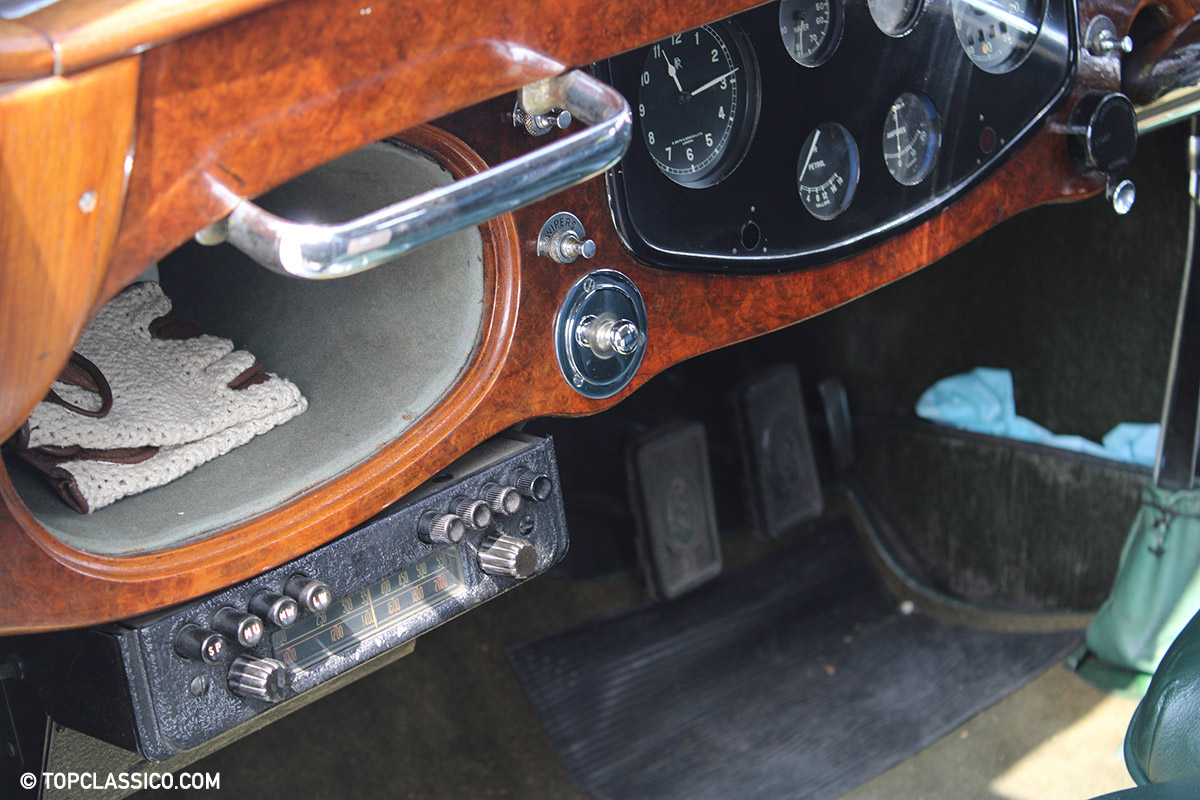 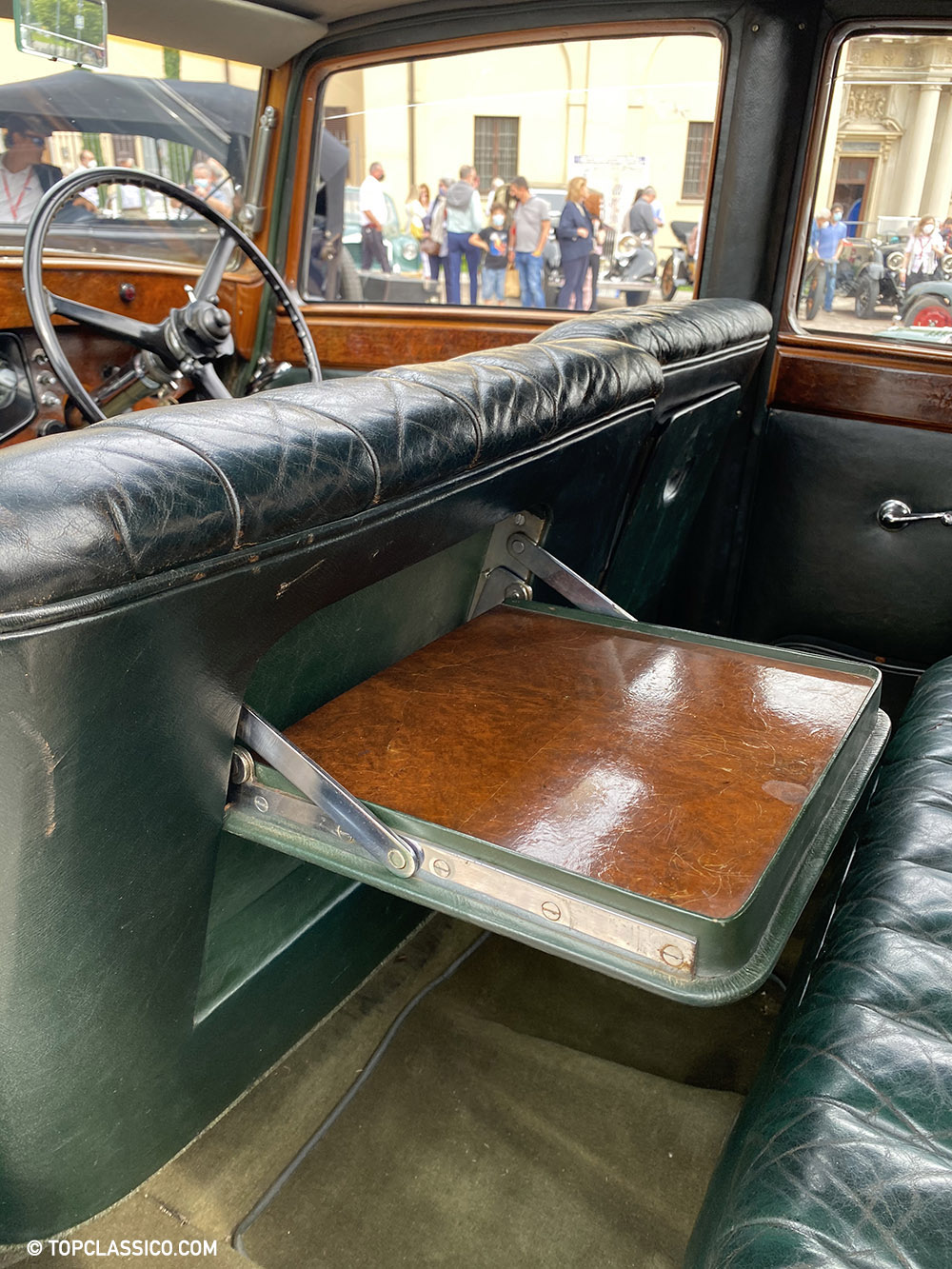