With the 2021 edition, the great success of the Lombard event dedicated to the oldest motor vehicles is reconfirmed

Twenty-four cars and 22 motorcycles: this is how the 12th edition of the Brescia Motor Week was staged, one of the first events born in Italy to keep the Veteran and pre-war vehicles alive. Fortunately this year the event wasn’t skipped as it has happened to many: the aficionados would not have allowed it, almost all the participants have not missed even a year since the first edition. Despite the considerable uncertainties that kept many decisions in the balance until the last second and the complications due to the regulations to contain the covid, the Musical Watch Veteran Car Club managed to put on a wonderful party from start to finish, without ever a comma out of place and with all the charm that has always distinguished the Week. The ingredients of its irresistible mix are the incredible locations such as Villa Fenaroli, which is the eighteenth-century grand hotel where the team sleep, the period costumes of the crews, the most beautiful places in the surrounding area and, of course, an immeasurable quantity of passion. 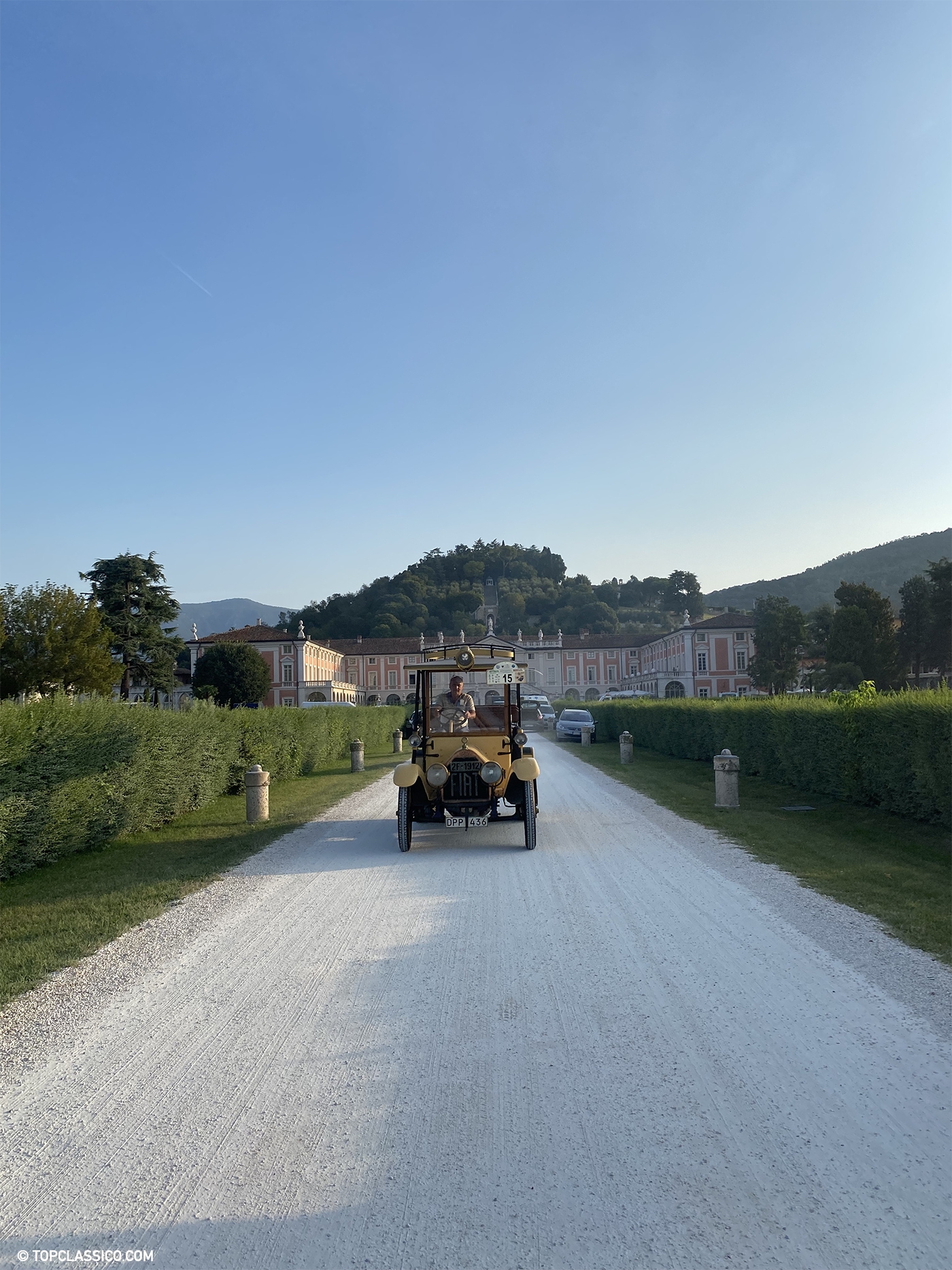 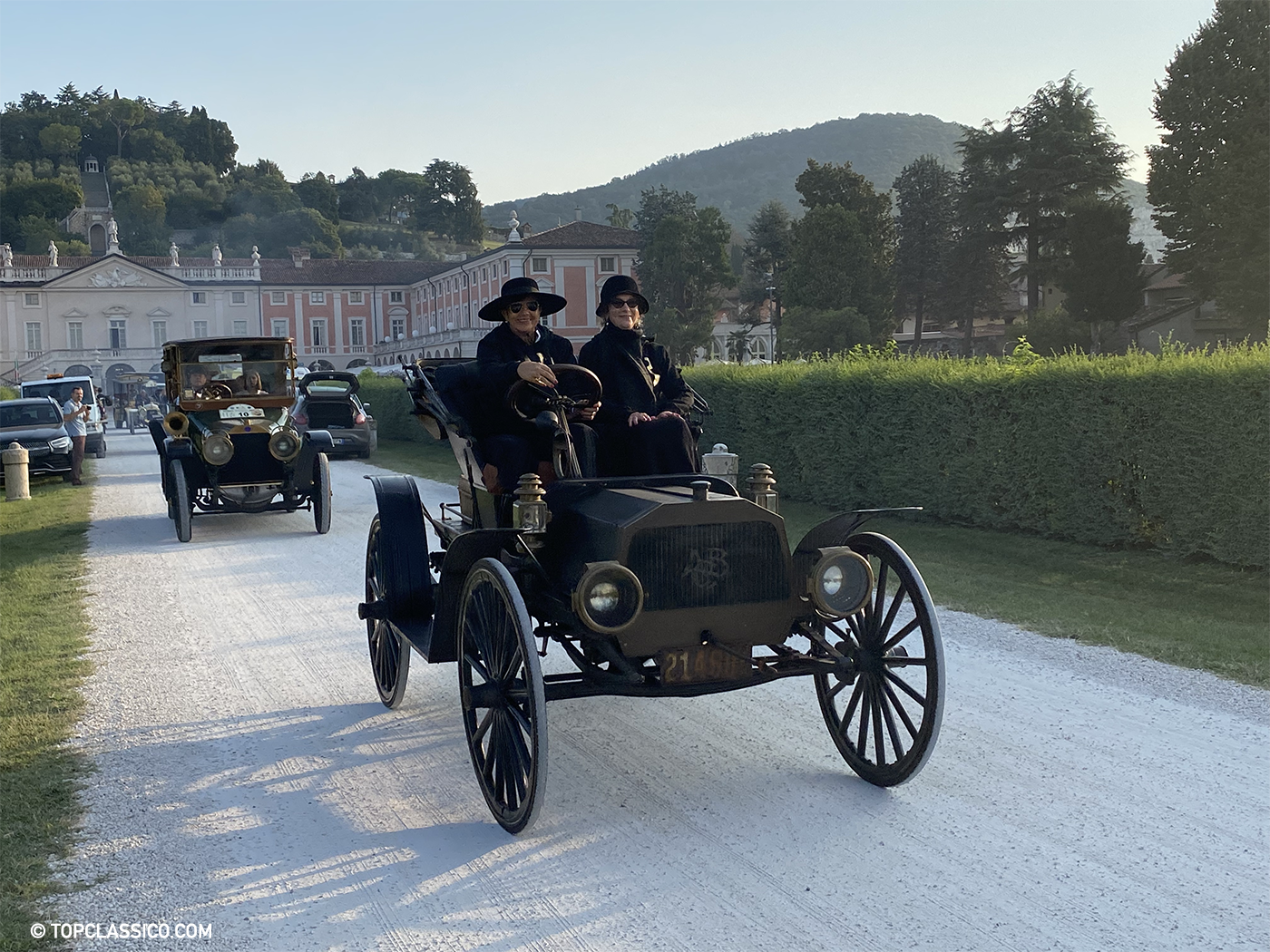 Motorcycles as main characters. The peculiarity of the SMB 2021 was the massive presence of two wheels. It was they – as often happens – who offered the most goliardic and exhilarating show along the roads of the green Franciacorta – where we spent Sunday returning to Brescia after the awards ceremony and the crossing of Lake Iseo with lunch in Monte Isola – or between the myriad of villages touched by the caravan on Saturday afternoon after the visit to the center of Cremona and the vehicle parade in Gottolengo with the presentation of Fabio Del Bono. The motorcyclists chased, played, helped each other. Sometimes they stopped and started again, other times pushing them was not enough and the race reached the end of the line. Someone found himself with the chain in his hand, broken in two. Or completely unbridled, as happened to the president of the Veteran Car Club of Great Britain, who had to abandon his 1913 Excelsior 7C. 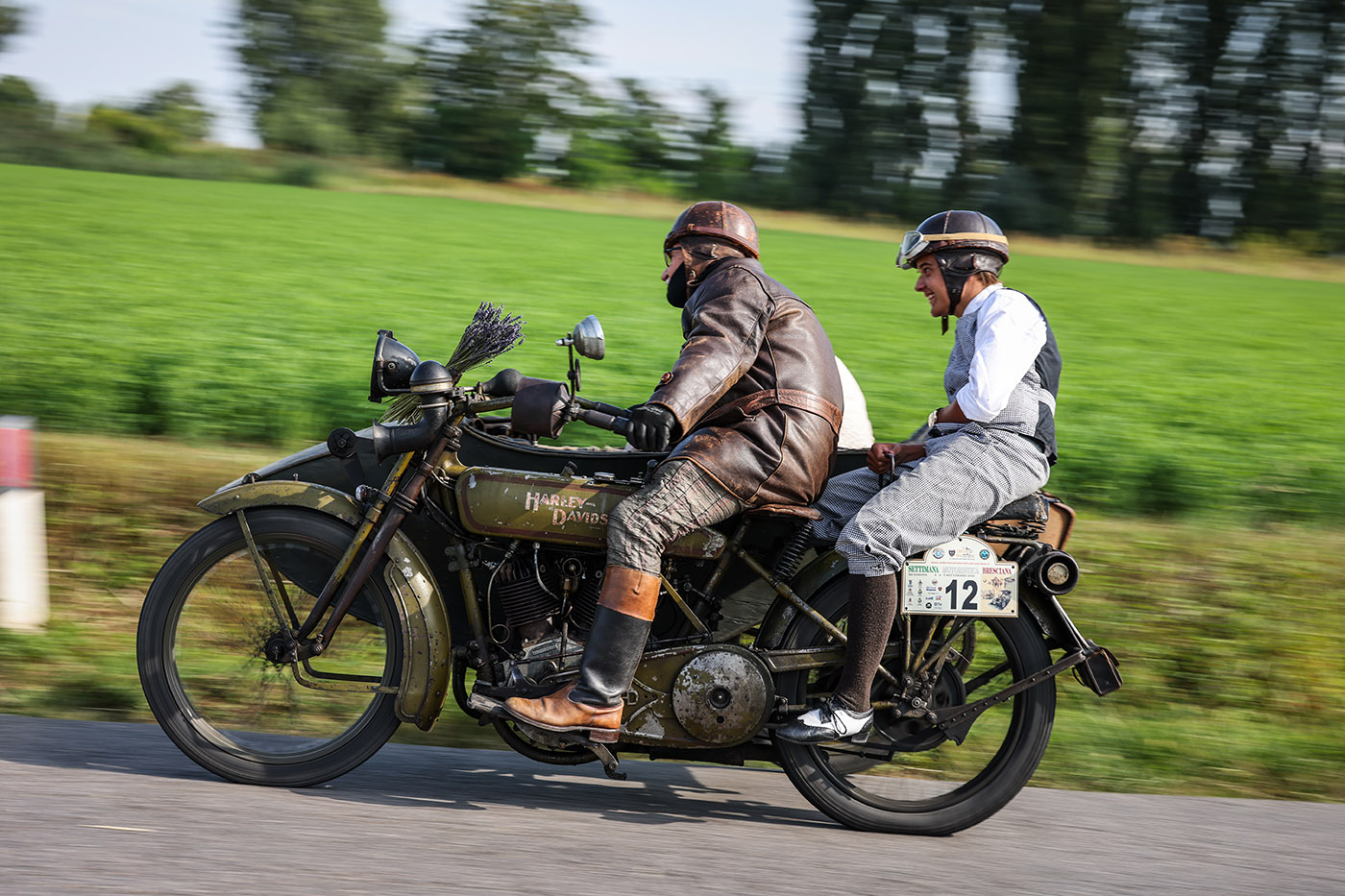 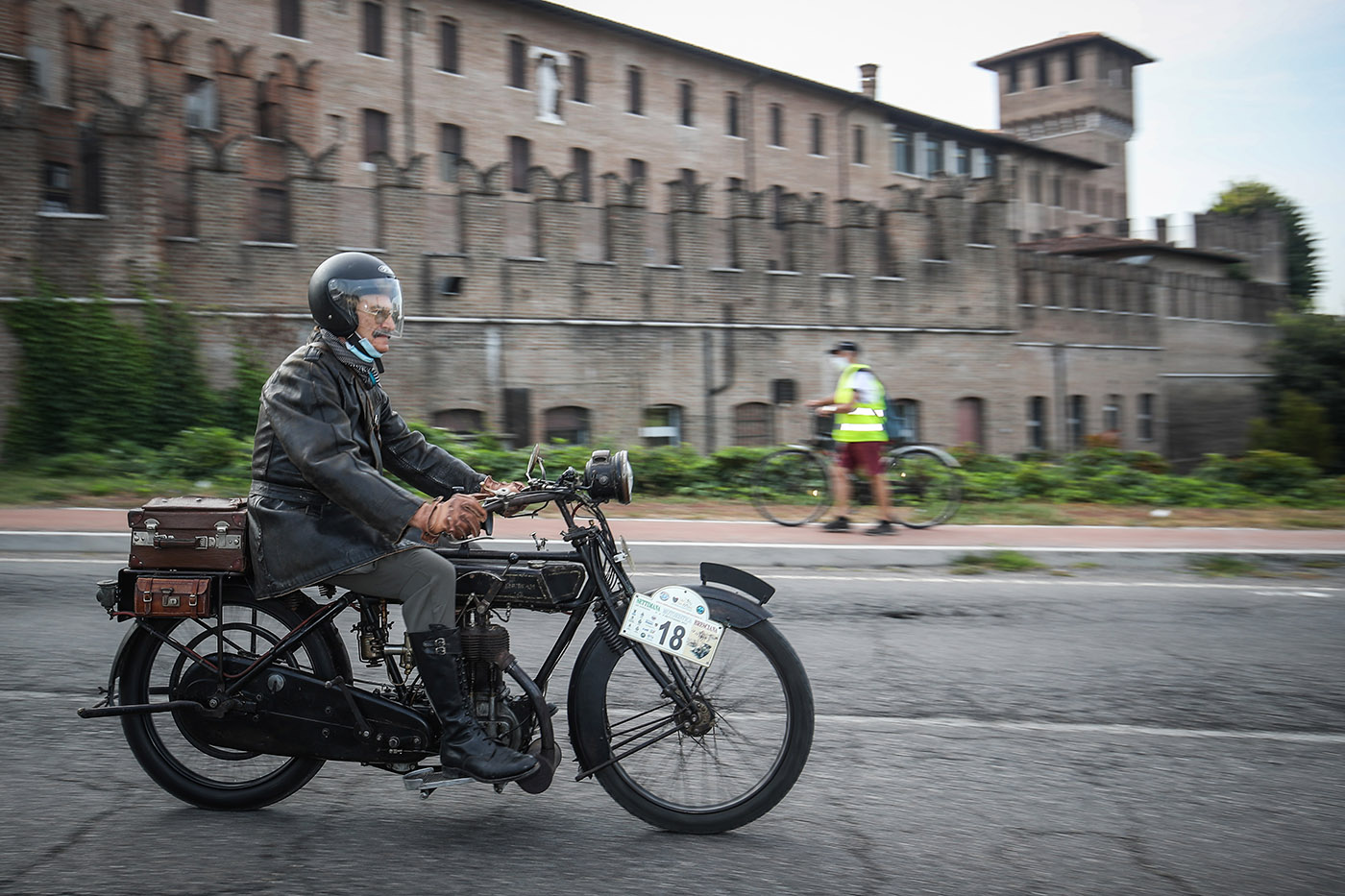 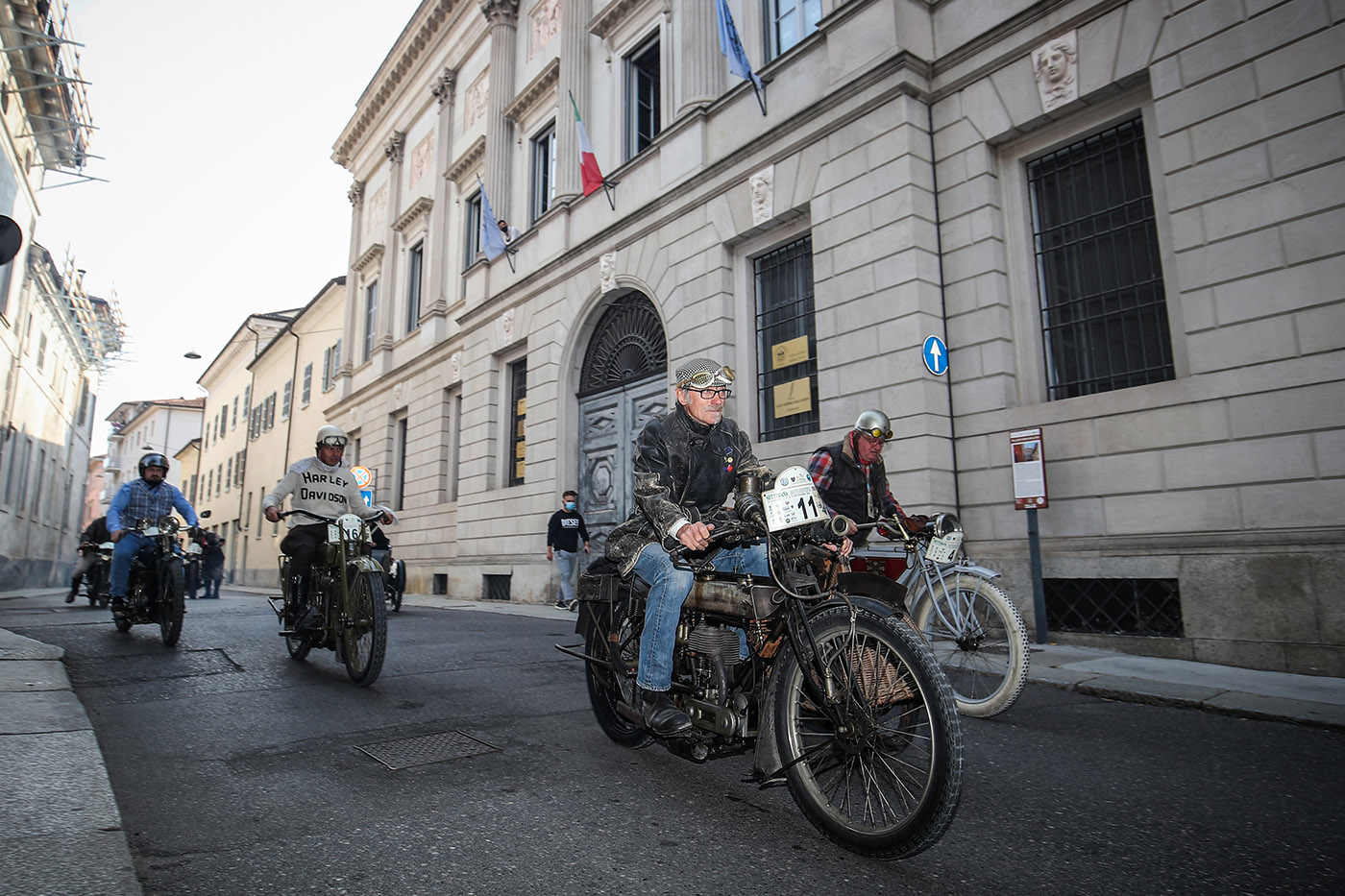 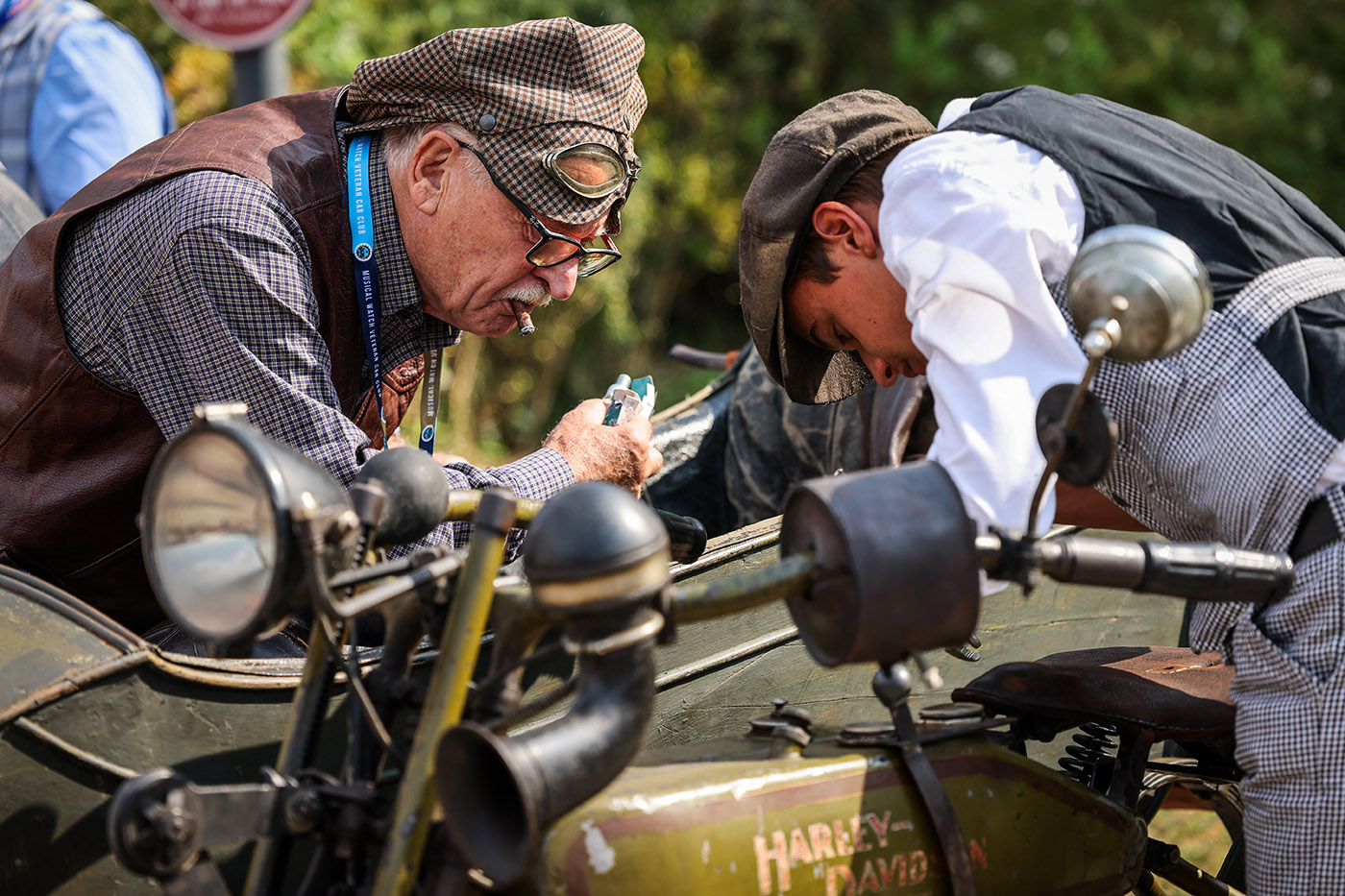 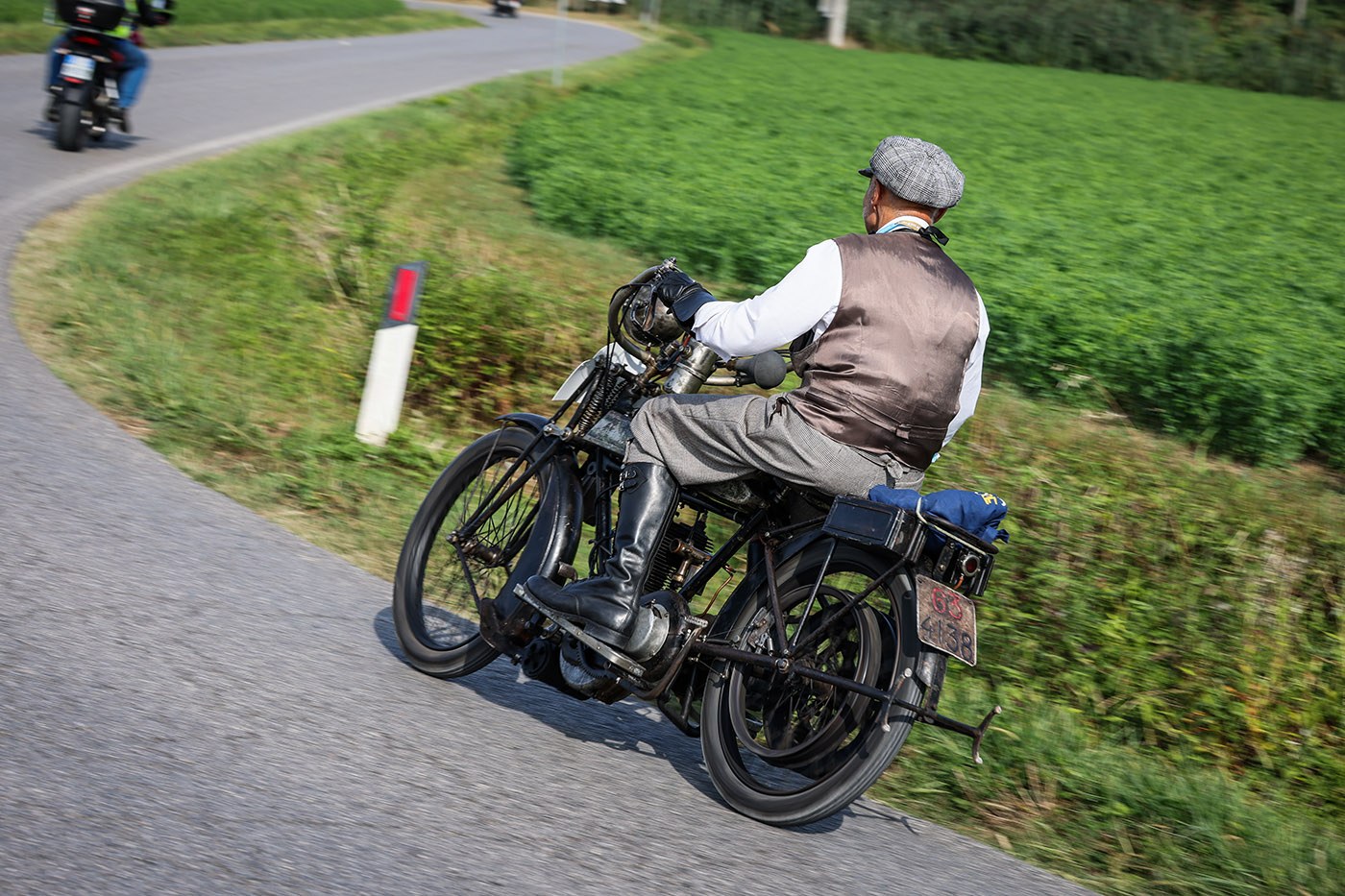 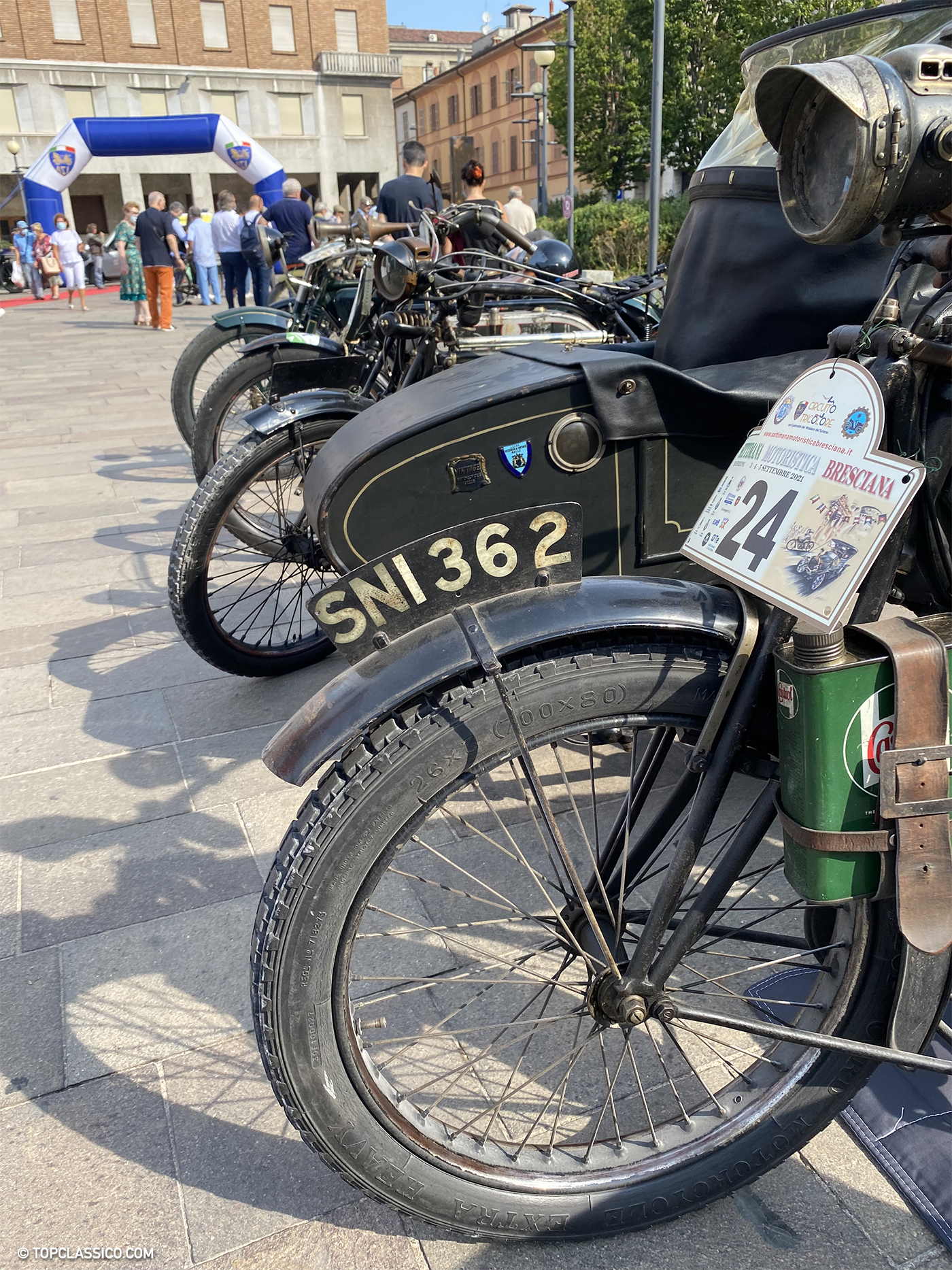 All in respect of tradition. Taken by fun and adrenaline, the motorcycle drivers paid no attention to the scorching heat of the two days of late summer (3-5 September). Althought they were armored in the boots, overcoats, belts and sweaters of the period. Beautiful to look at and elegant, they offered passers-by and onlookers a surreal show: to see them go by it seemed to be on the set of a film, especially when they could see each other in groups among the enchanting panoramas crossed. Instead it was reality and it was thanks to his shirt with the historic Harley Davidson brand that Graziano Dainelli won the Italian Motorcycle Cup, reserved as per the tradition of the Week for the driver who best represents “the clothing of the time”. After all, motorcyclists from the beginning of the century competed like this, not yet dressed in leather, like the great Tazio Nuvolari. The Graziano’s motorbike is a 1918 Harley Davidson F with a 1000cc 45 ° V-twin engine. The model, with already chain transmission, is part of the vehicles that the American contingent left in Italy in the post-war period.

The charm of the house cart. The other motorcycle award went to Fausto and Lara Castellini, father and daughter, who were on board their 1917 Indian Powerplus Sidecar: with their well-finished clothes and in tune with the period of the vehicle, they won the Brescia Criterium Cup-Orzinuovi 1899. Choosing the assignments was not an easy task, all the crews were “picturesque” and the vehicles of great historical interest. All together they created a sort of encyclopedia of the traveling motorbike. There were four sidecars, including Alessio Ridi’s Gloria. He is a “puller of men” who, with his enthusiasm, involved many participants, convincing them to entry the event. The prized English buggy, with the original wood and only the redone front, was later added to the 1917 Triumph H with which he traveled. “Thanks to the chassis number I was able to understand that the motorbike was donated by the British army to the Italian during the First World War”, specified the enthusiast. 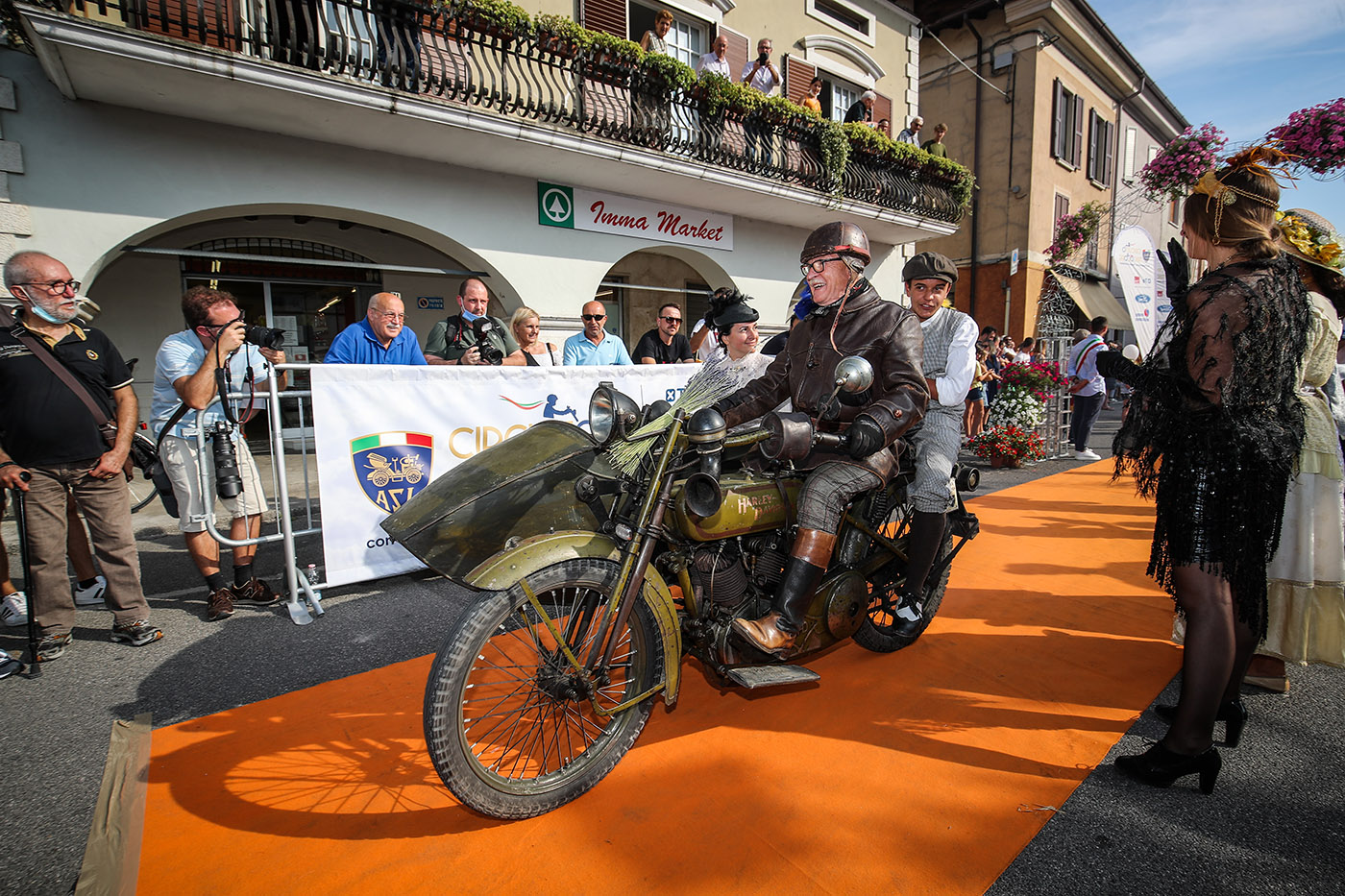 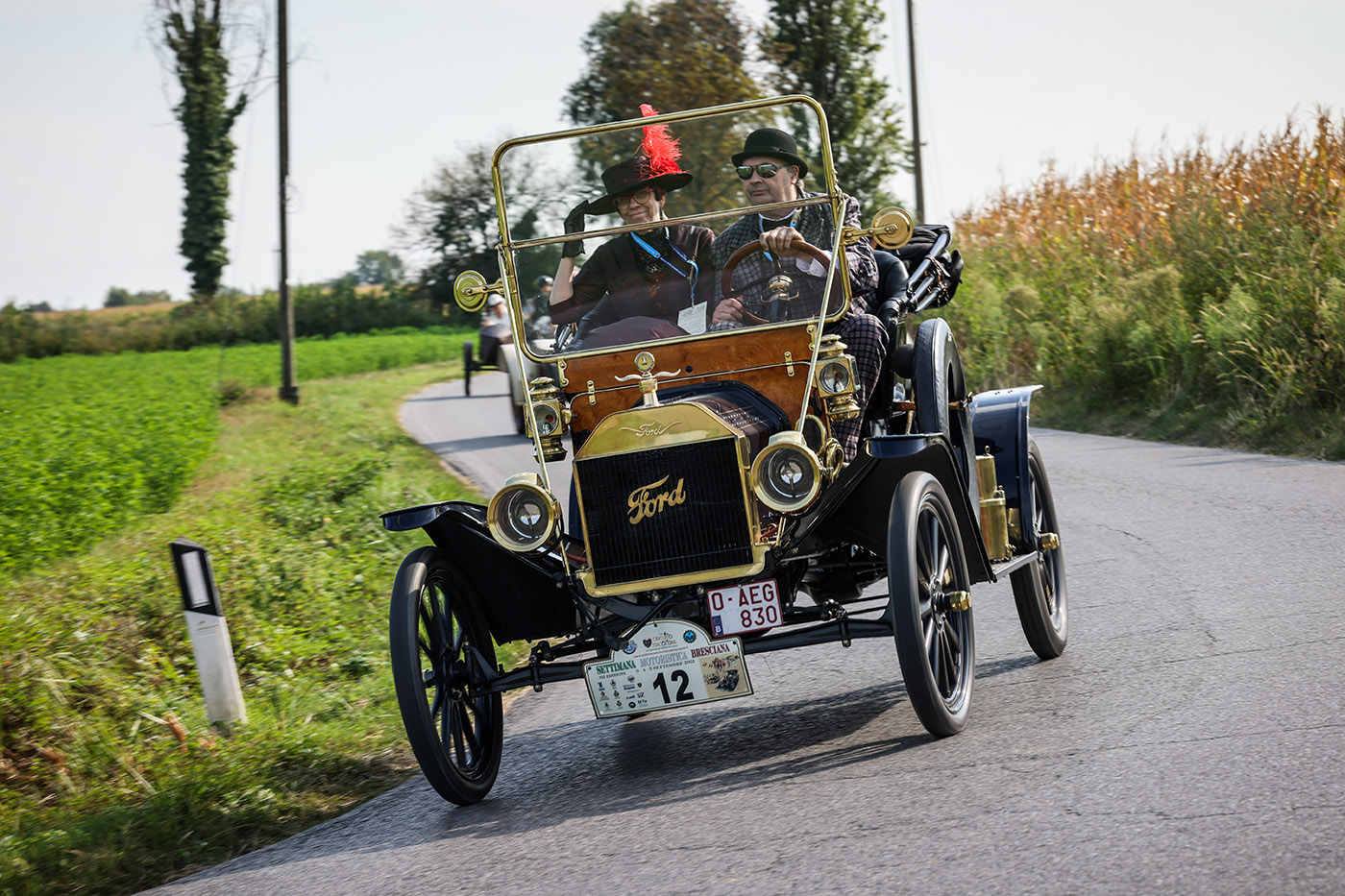 Quadricycle or car? For the rest, from the Turin-based Della Ferrera to the British Triumph, there were 13 brands including, just to name a few, Sunbeam, Reading Standard, Douglas and Bianchi. The 1901 Peugeot quadricycle, which has always been the forerunner of the parades, won the Carlo Maserati Moto Cup. An impressive vehicle in its authenticity, driven in part, among other things, by the splendid female team of Elvira Dal Degan and Oriana Frabbro. The vehicle offers two options: you can mount a handlebar or a steering wheel, thus transforming it, given the four wheels, into a car. In addition to the journalists present at the event, the jury also brought together the three Ward brothers, among the largest veteran car collectors in the world and judges at the famous London to Brighton Veteran Car Run. They fell madly in love with the Brescia Motor Week in 2019 and did not miss the opportunity to return. With their fascinating and extremely rare 1902 Gillet Forest they have demonstrated the enormous variety of their collection, largely made up of unique pieces. 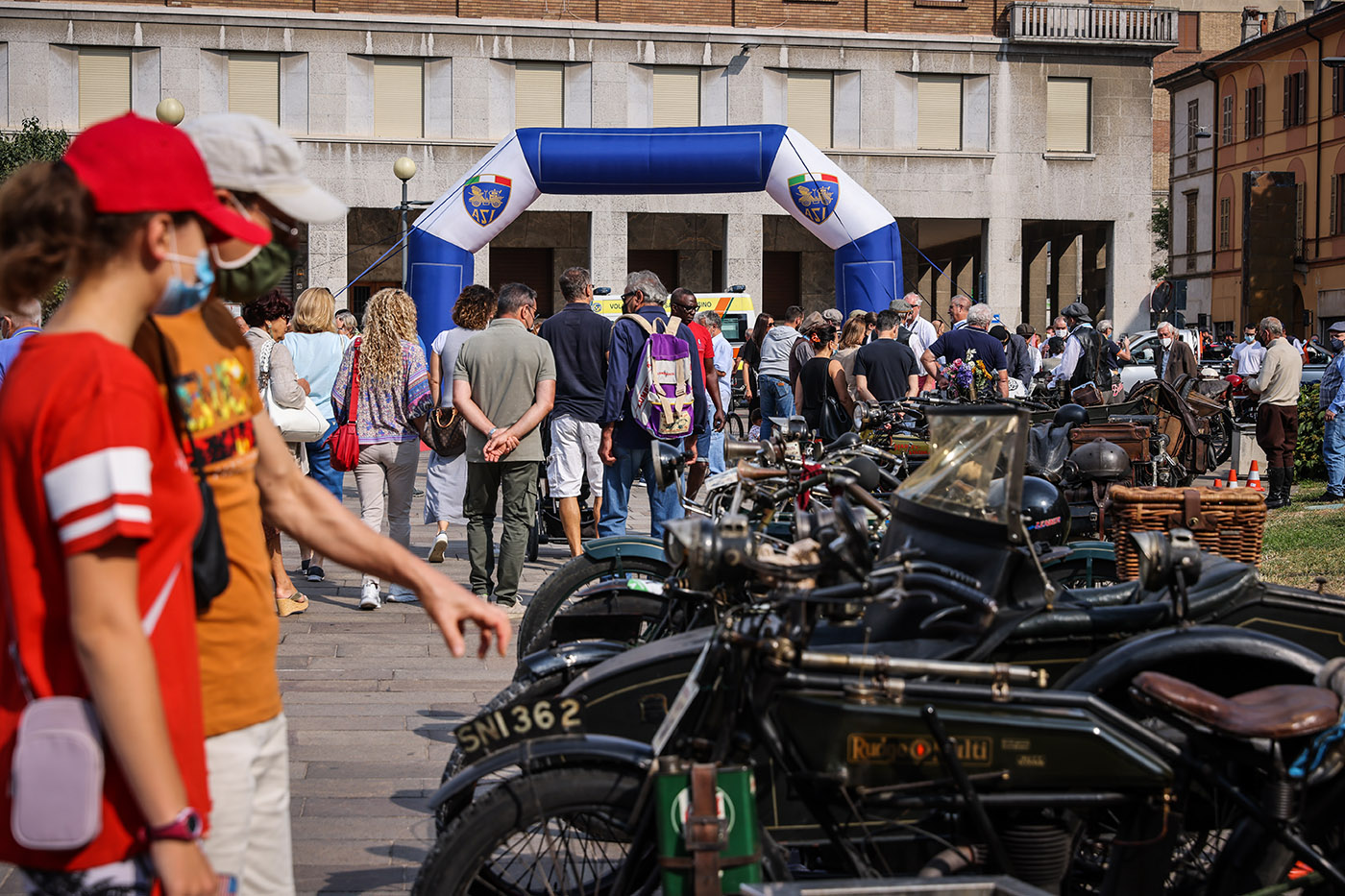 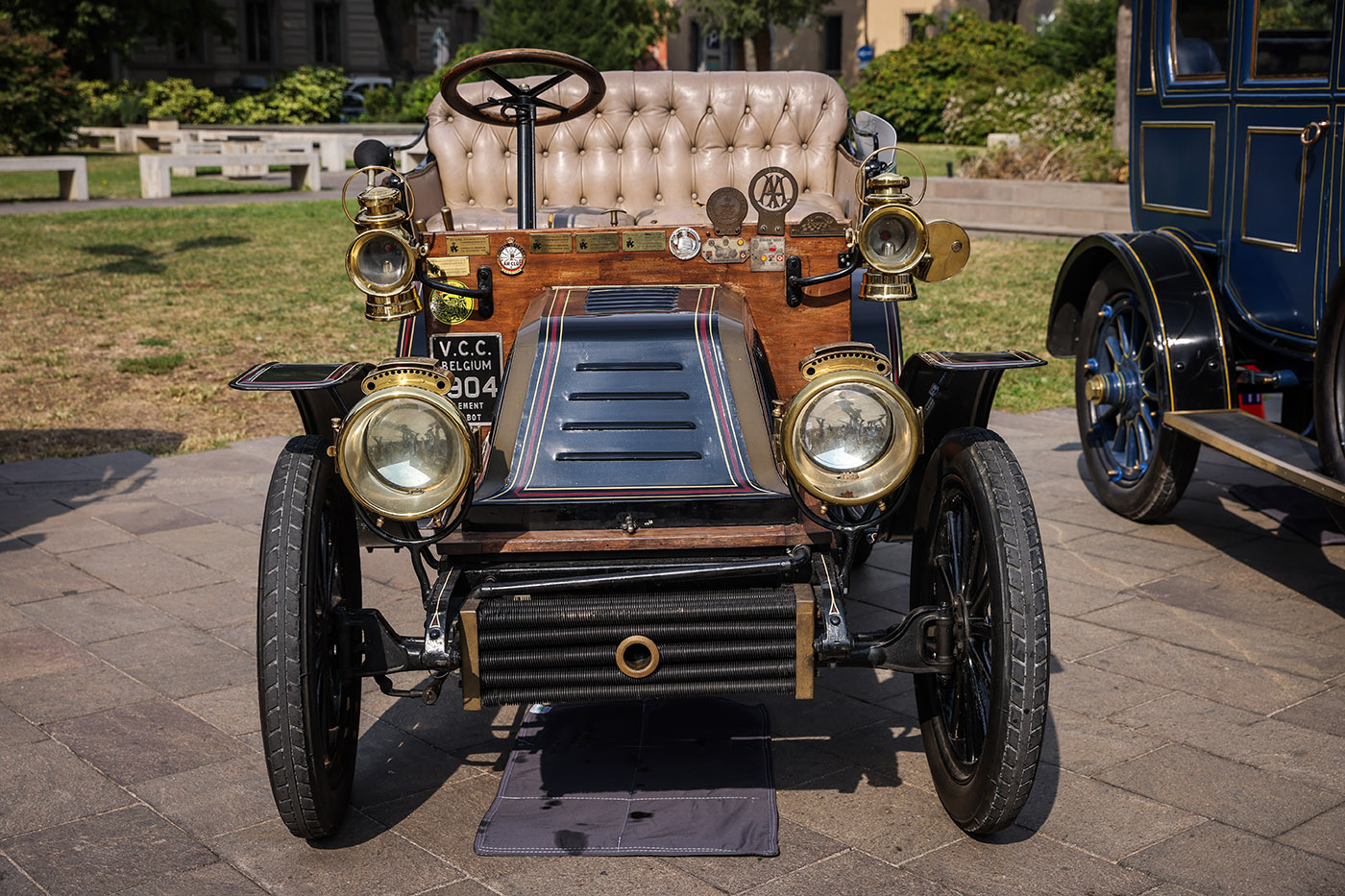 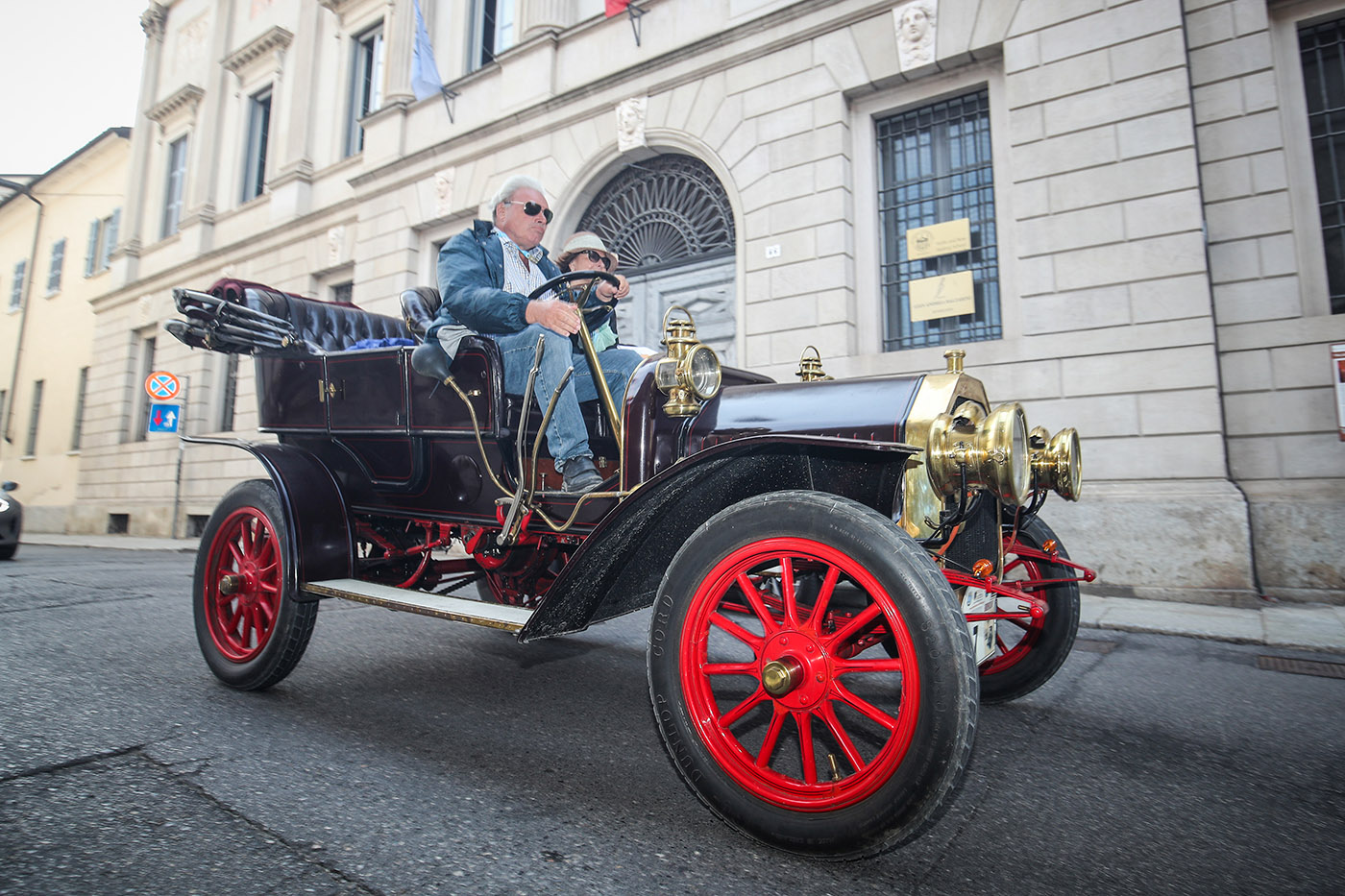 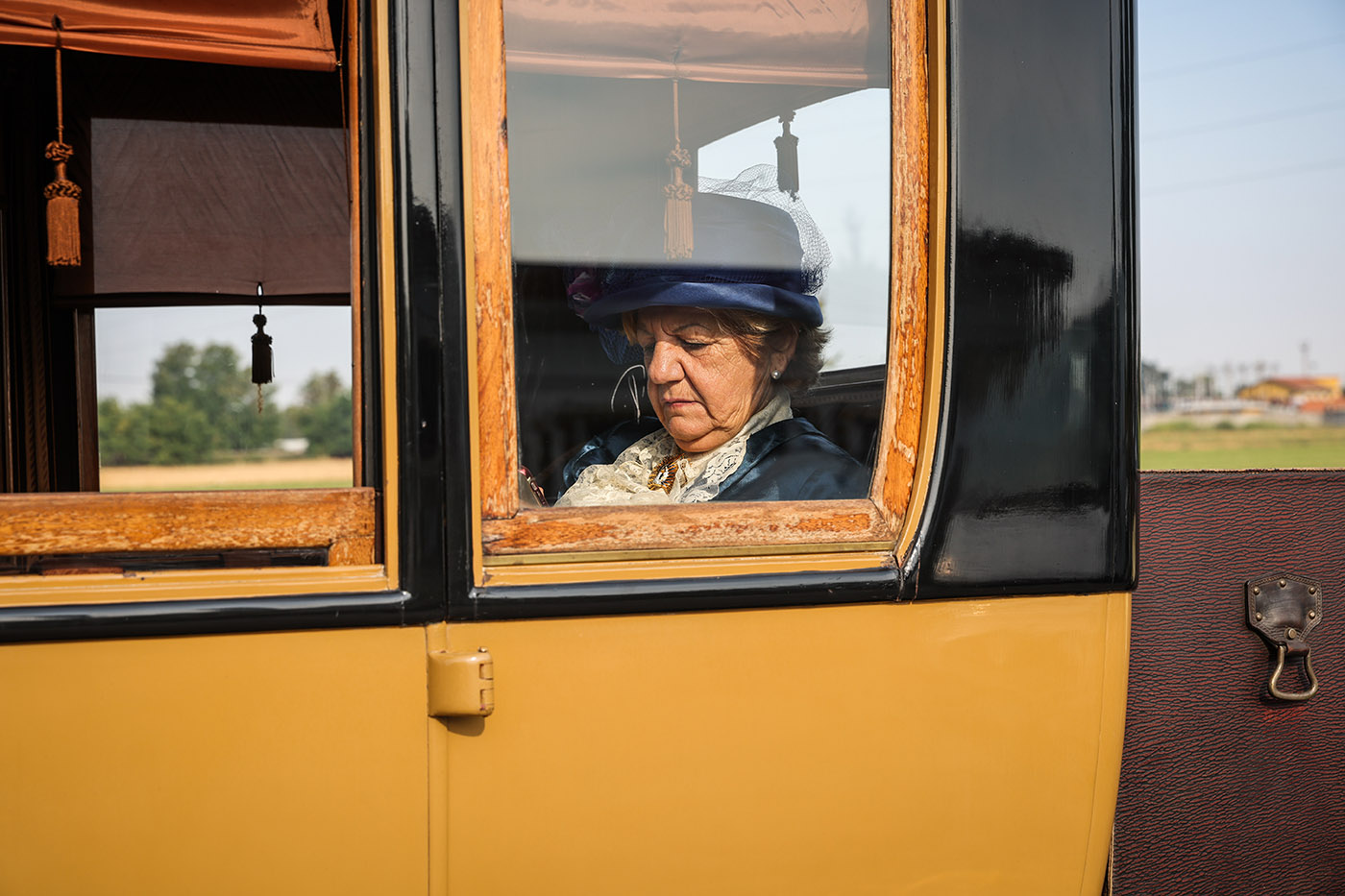 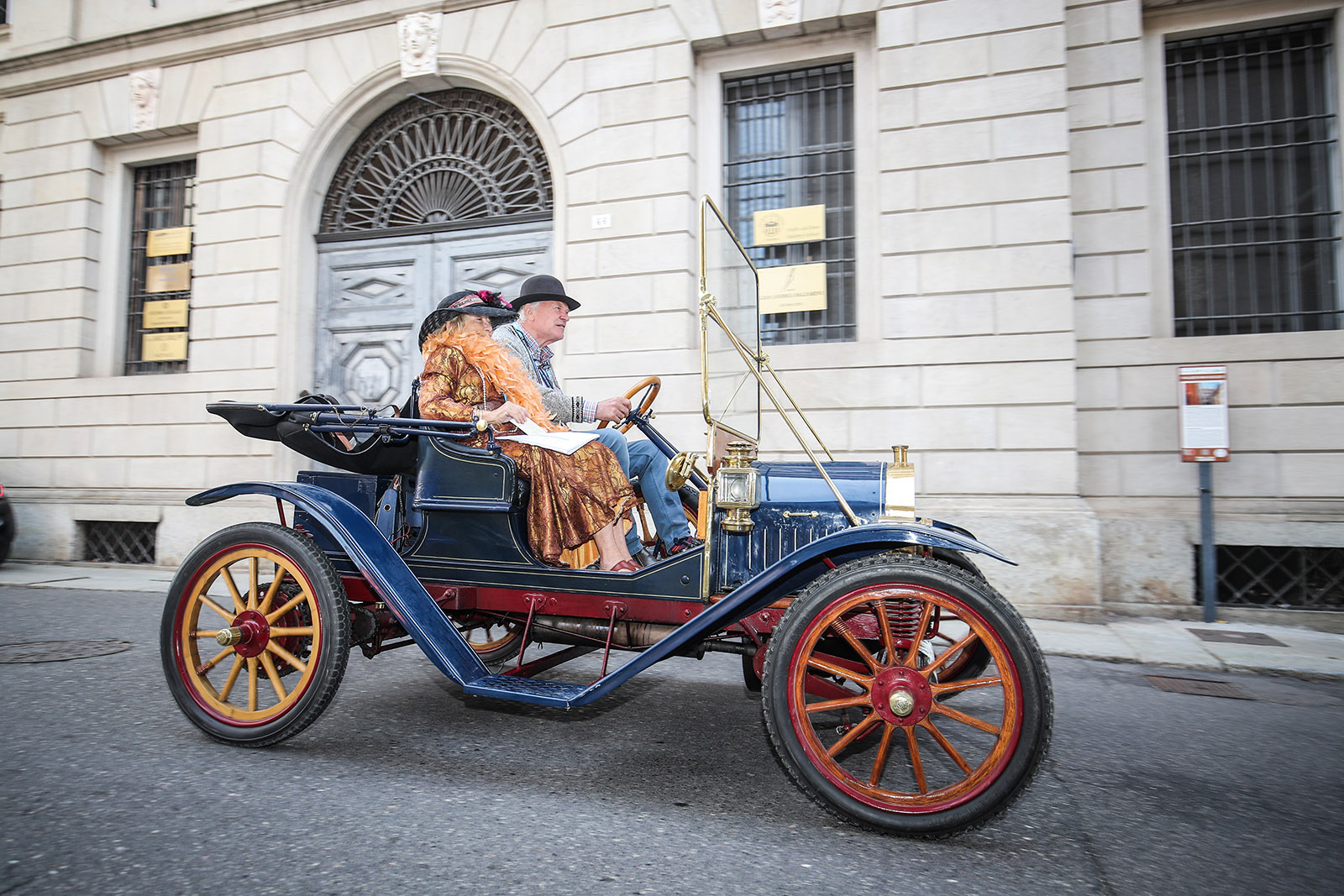 From Austria with the hat of a railroad worker of yesteryear. In addition to the representatives of the London to Brighton organization, of the famous gallop from London to the sea, this year there was also the team that won it, so to speak, arriving first with an Oldsmobile to the finish line in Madeira Drive. And not once but three times, including the last edition of 2019. They are Andreas and Jocelyne Melkus, who arrived from Austria to participate with their 1909 Buick F. They were in the company of four other vehicles of their compatriots, including including the Oldsmobile of Franz Hofer and Mayr Rosi, awarded with the Coppa d’Italia Auto as a team with the clothing most in tune with the era of the vehicle. Another four were then enrolled from abroad, two from Switzerland and two arriving from Belgium. 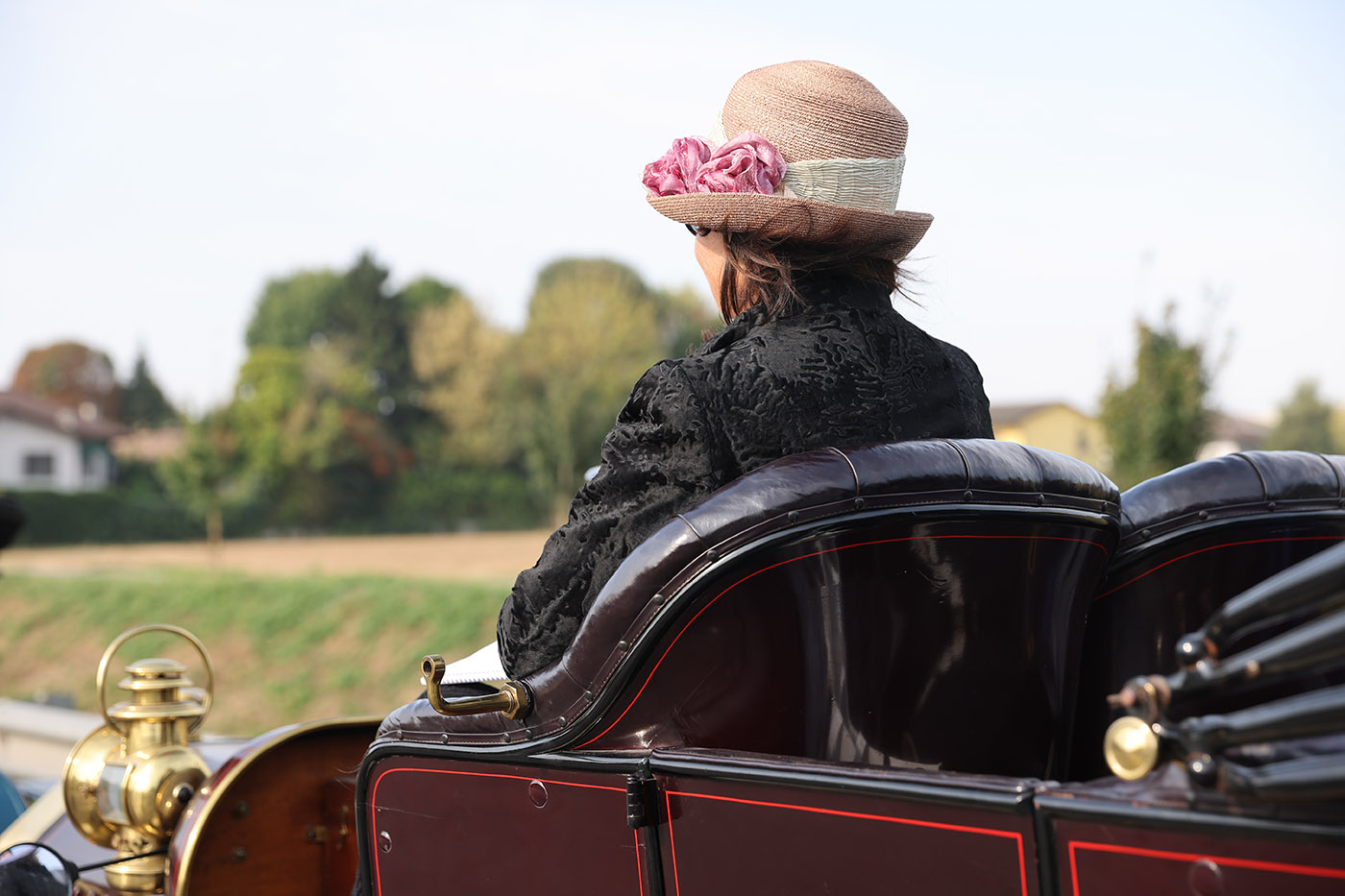 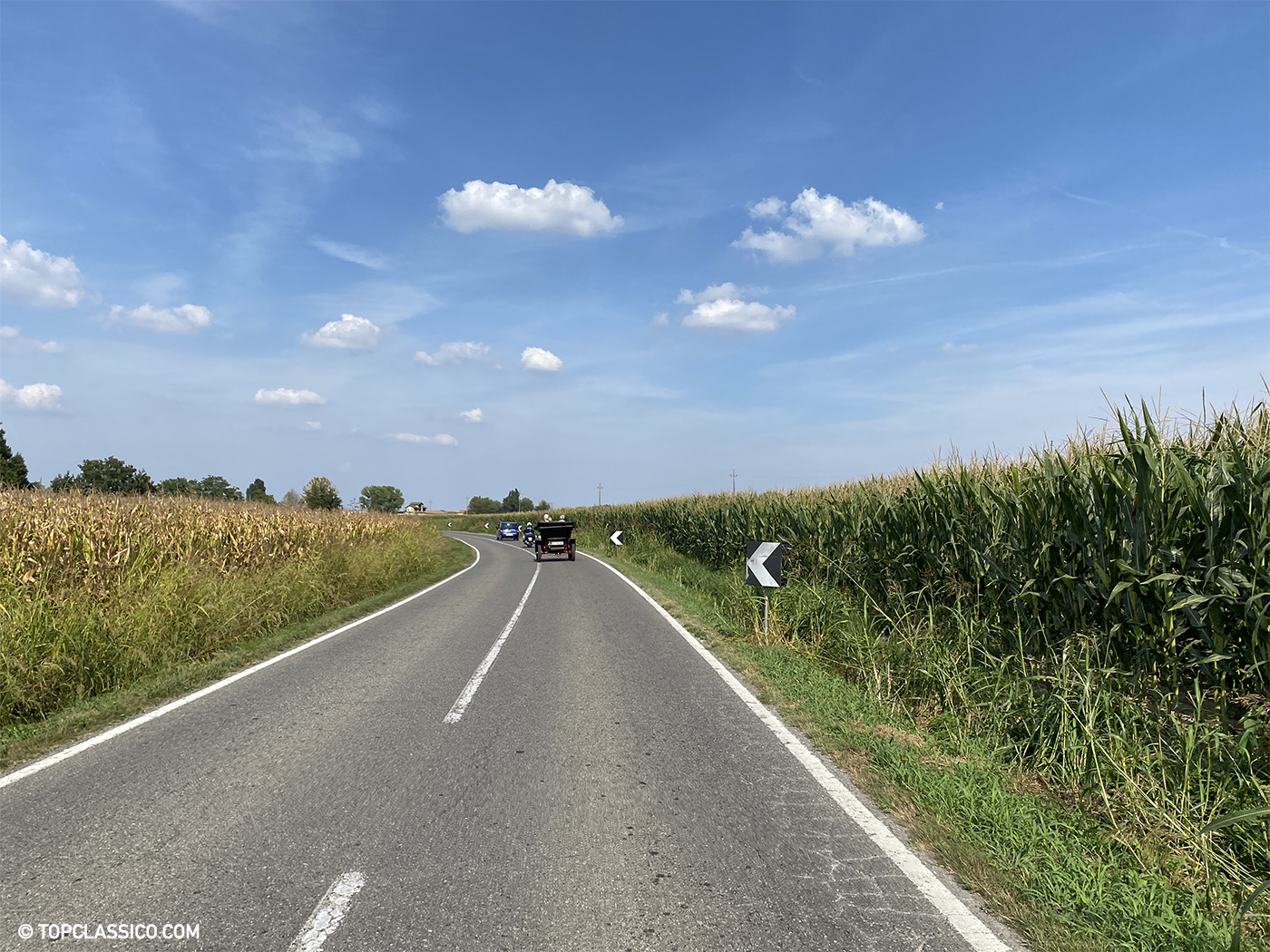 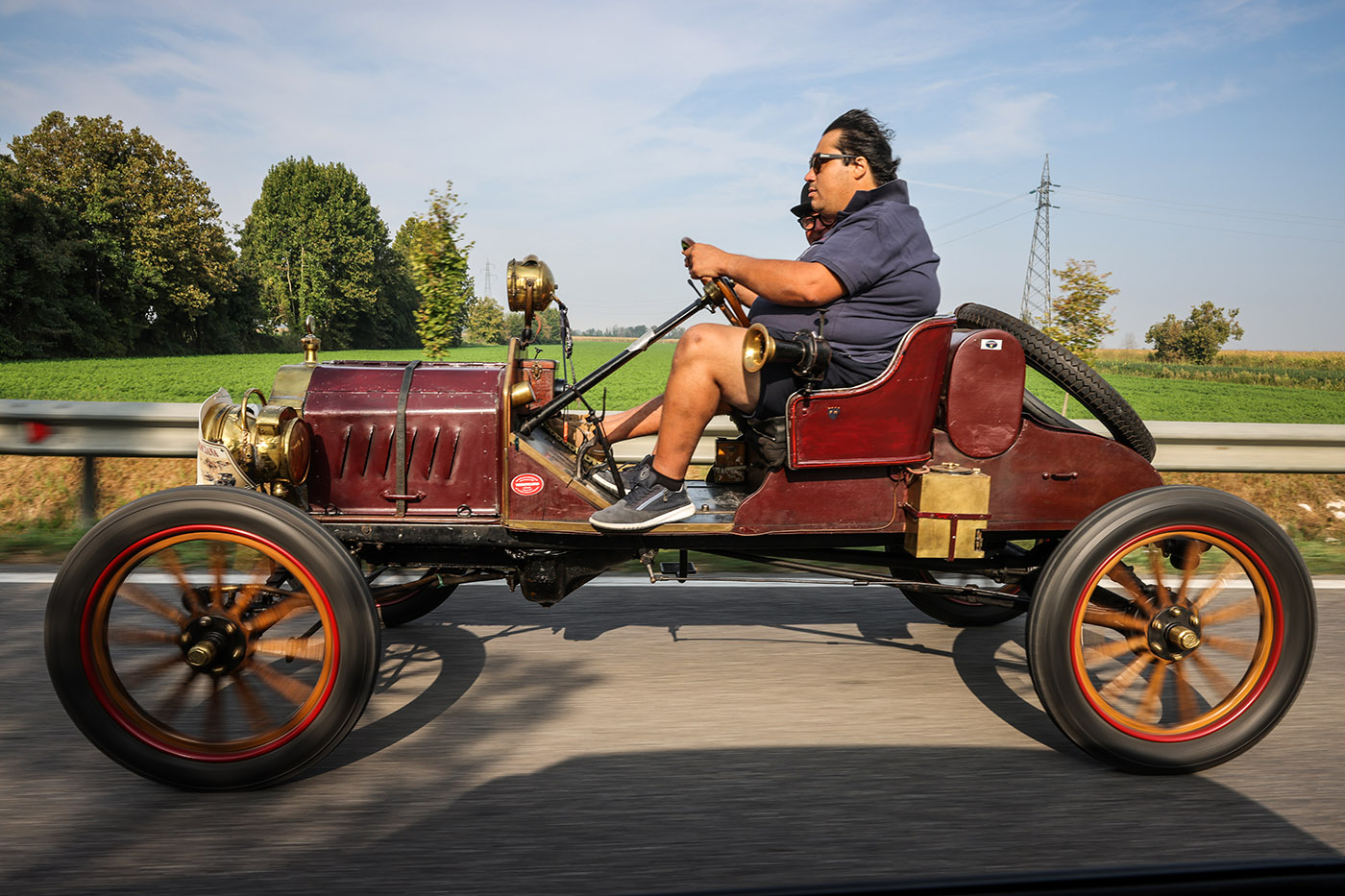 See you in two years. The award reserved to cars went to a rare 1910 Itala 35/45, an extremely significant Italian vehicle due, in particular, to the pioneering brand founded by one of the Ceirano brothers, Matteo. But even here, with cars that in more than one case were completely preserved, it was not an easy task to choose among the participants. From the American Chevrolet, Ford, Buick, Brush and Metz to the French Renault passing through the seven Fiat of our house, the most recent was from 1917. Among them also an ultra rare and very well maintained 1908 Ansaldo Brevetti. The event ended on Sunday around 6pm with a farewell buffet that allowed the drivers to refresh themselves after the last kilometers of the program. The location was the Mille Miglia Museum, where it all started on Friday. The difference is that this time everyone was already feeling abstinent a minute after closing, as they loaded the vans to go home. For sure the wait for 2023 will be long.
© UNAUTHORIZED REPRODUCTION FORBIDDEN 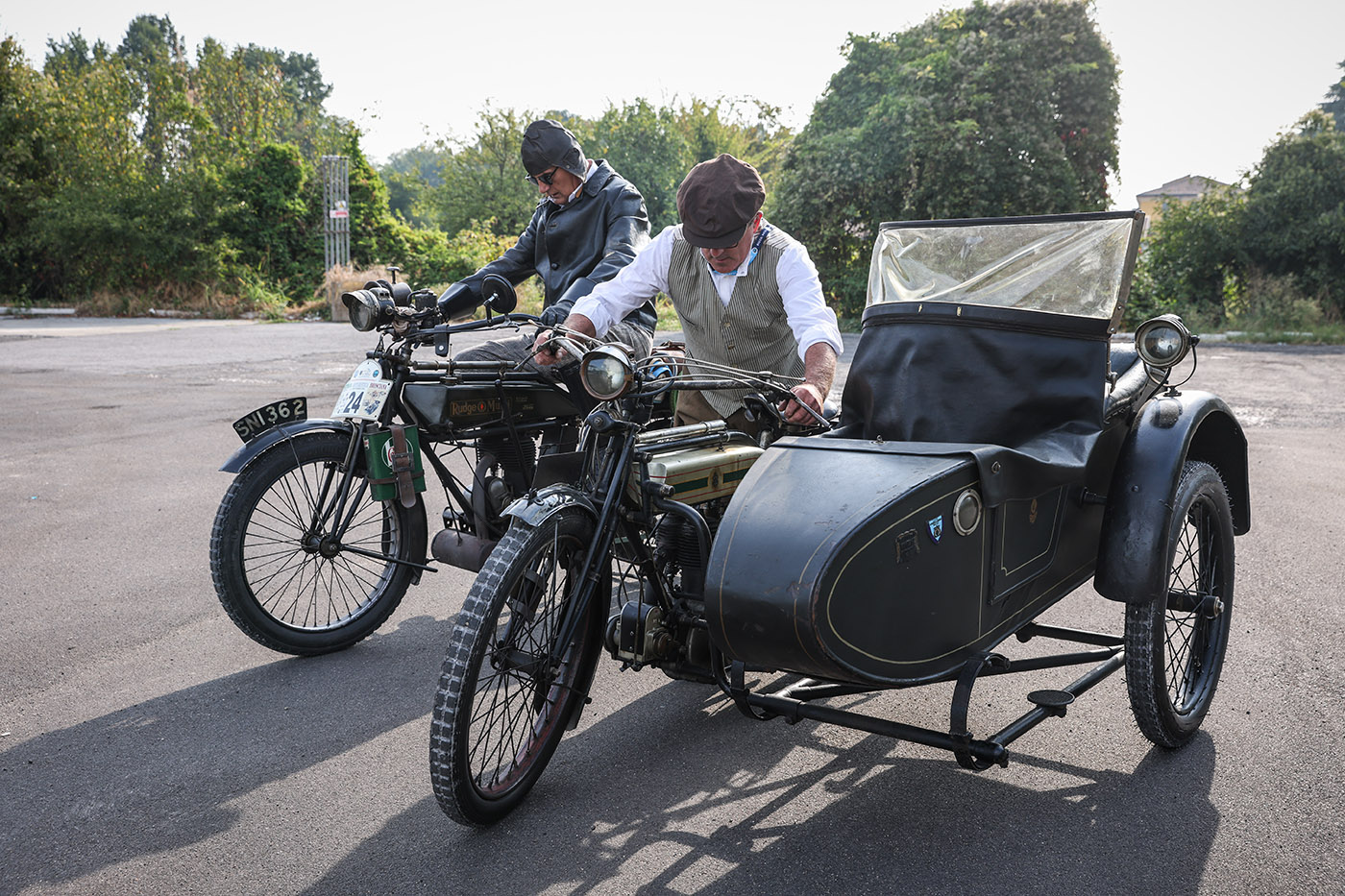 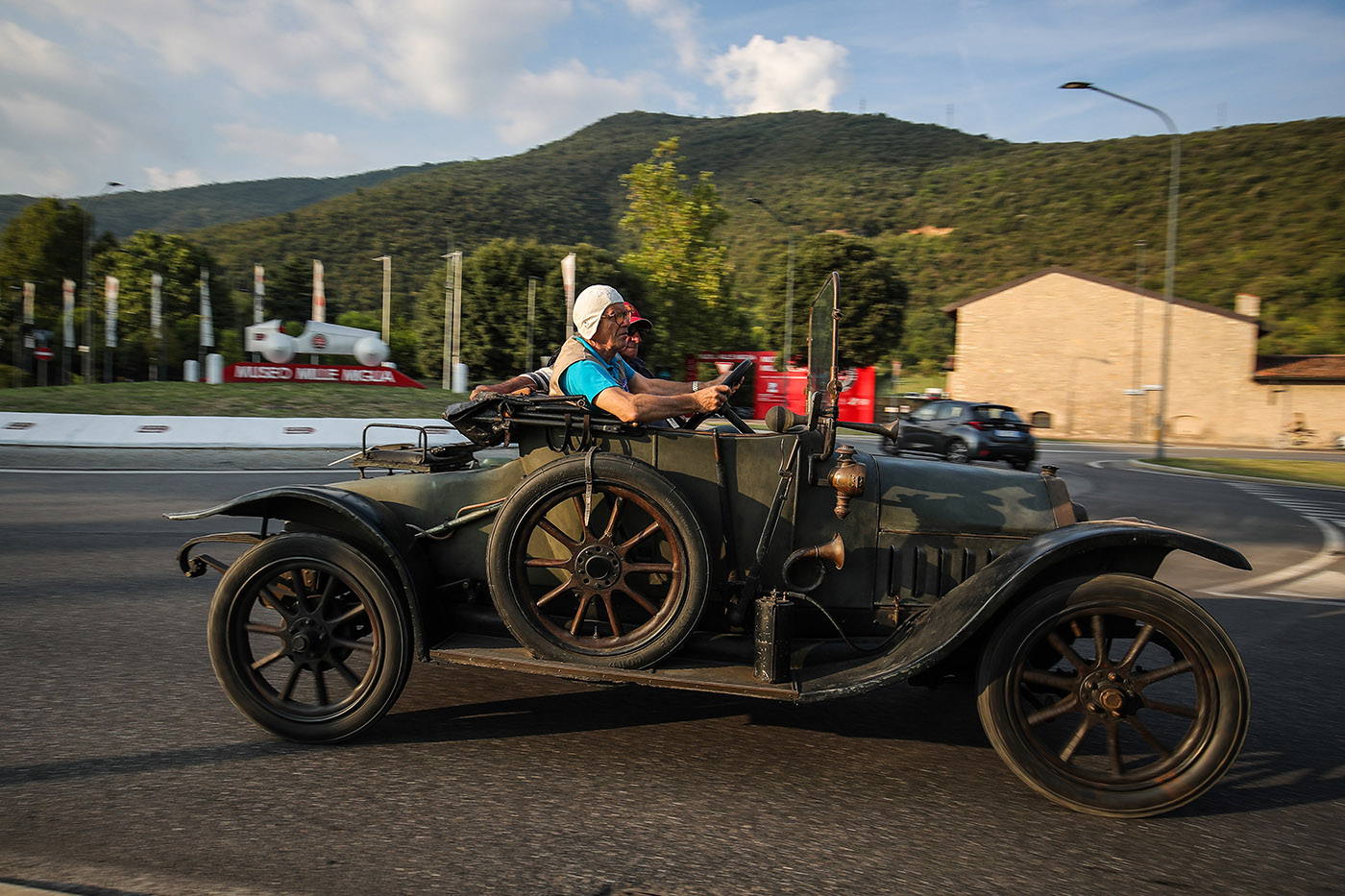 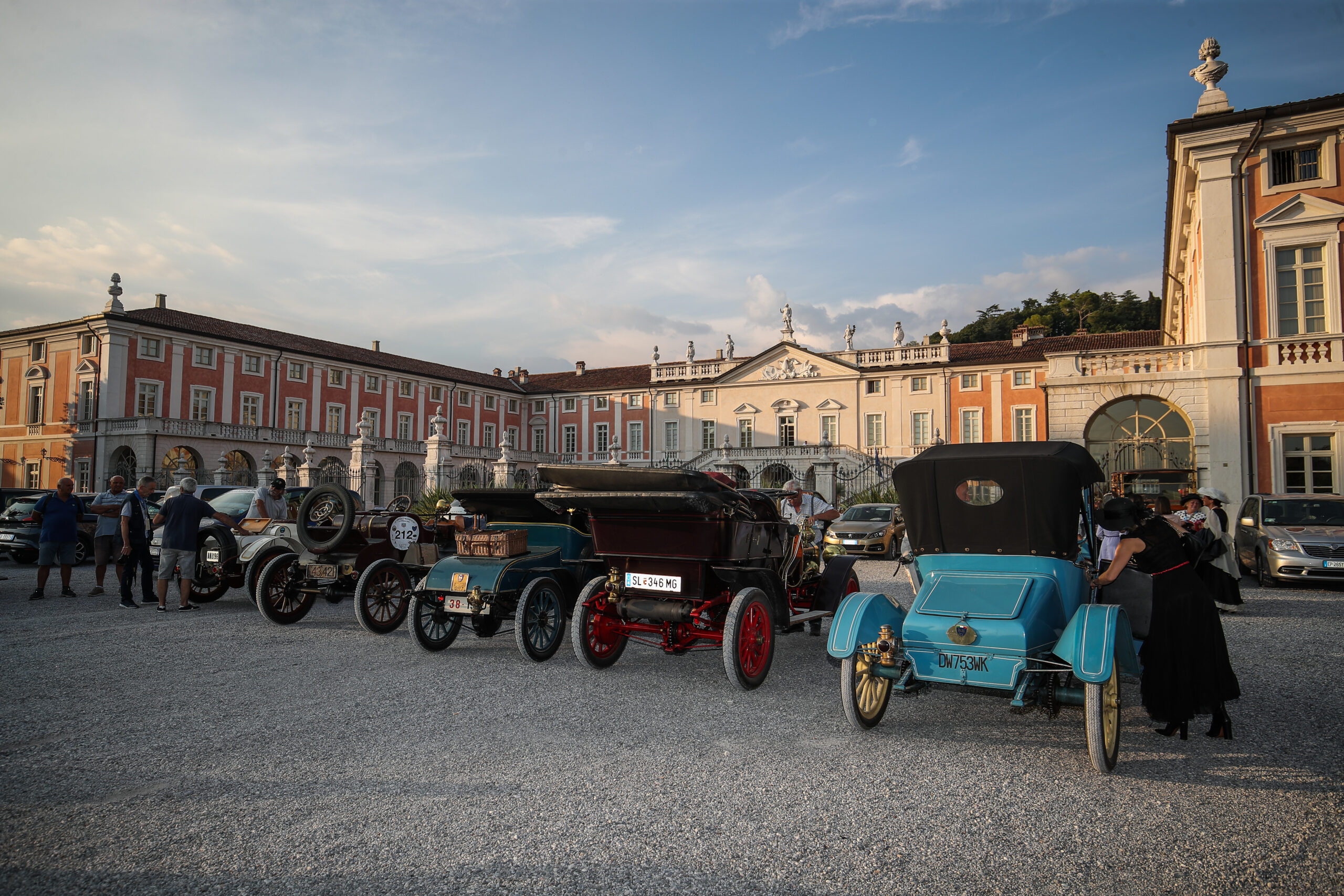