A perfect synthesis of aesthetics, mechanical efficiency and craftsmanship at its best: this is the Alfa Romeo 6C 2500 SS Coupé Villa d’Este, named 71 years ago after the place where it was presented to the world and where it is still celebrated with the Villa d’Este Style event

The first edition was held nine years ago. Since then the magic keeps repeating itself: in the gardens of the Grand Hotel Villa d’Este, on Lake Como, the Villa d’Este Style, a meeting dedicated to one of the most admired automotive creations in history, the Alfa Romeo 6C 2500 SS Villa d’Este, continues to take place every spring. It was precisely in the iconic location in Cernobbio that the model was launched, an innovation at the time, during the 1949 edition of the famous Concorso d’Eleganza. Thanks to the “Grand Prix Referendum” of the public, it was elected at the very top of preferences, so from that day on the coupé acquired the name of the prestigious location, to seal its success. And so, in the four years that followed, 32 examples were produced, all one-off. All different, that is, all handmade, none at the same time, and with customizable details including the light-spoke steering wheel. 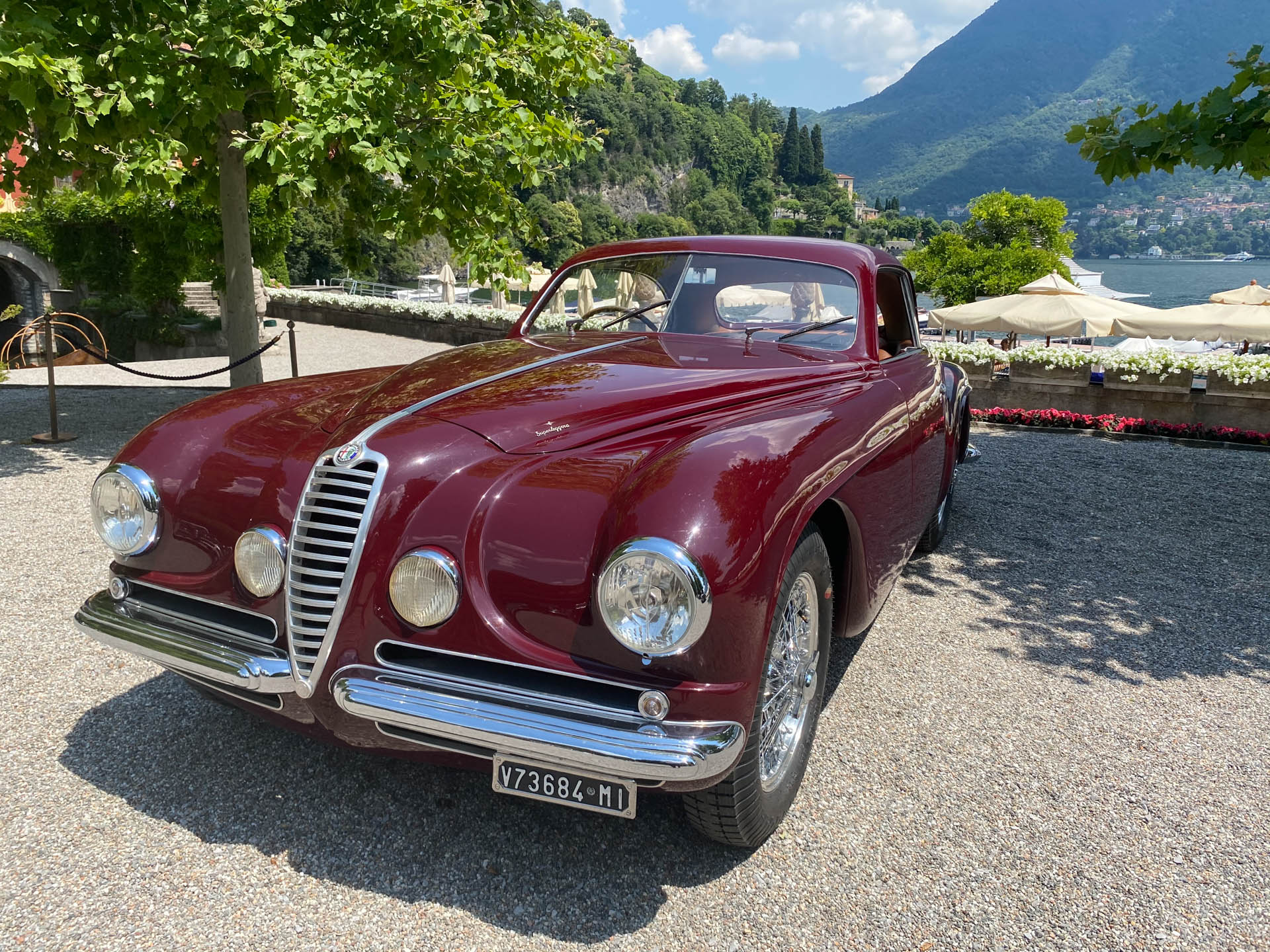 A masterpiece of excellence. Many combinations of materials and colors of the interior, developed according to the tastes of customers. After all, at the end of the 1940s Alfa Romeo was a small luxury brand, making just a few hundred cars a year. It won on the racetracks thanks to first-rate drivers, engineers and technologies, and it also won in the saloons with the refined aesthetics of its models, which have always been popular in elegance competitions. In the legendary Superleggera design, born from the wisdom of Carlo Felice Bianchi Anderloni, the classic Alfa Romeo mask stands out in a front between four round headlights and two double elongated air intakes. The line is as streamlined similar to that of the 6C 2500 SS Coupé, on which the Villa d’Este Coupé is based. The roof and rear window curves are accentuated, while the rear, low and decisive, is characterized by two small elegant headlights. 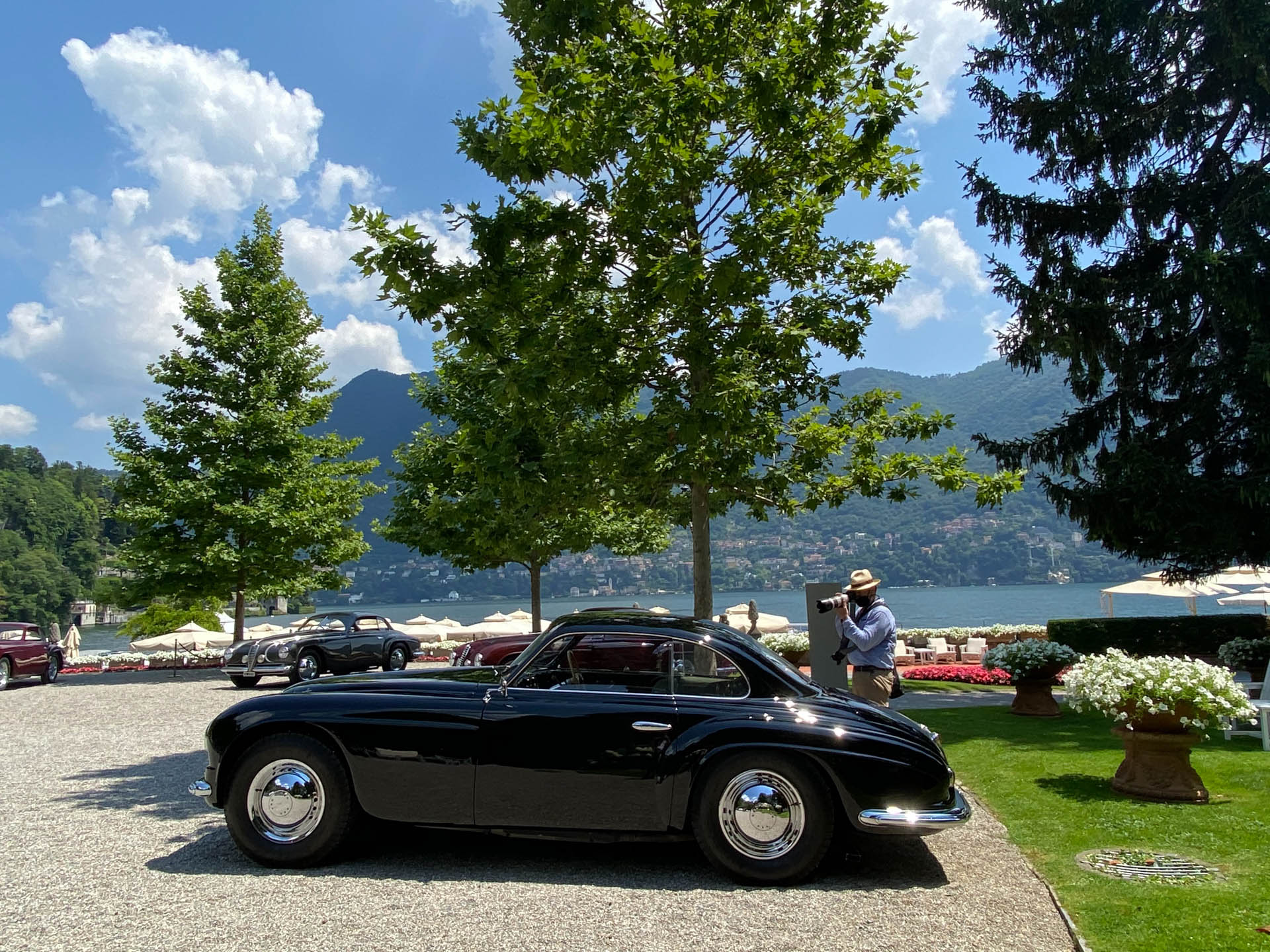 The most powerful of the family. The 2500 chassis reached the apex of a line of great success that began with the 1500 and continued with the 1750, 1900 and 2300. After the Second World War, the Alfa quickly resumed production of the 6C 2500 in its Tourism, Sport and Super Sport versions. The base was, in fact, the 6C 2300 B of 1939, despite the difficulties due to the scarcity of raw materials. The three-carburettor in-line 6-cylinder engine, water-cooled, came from a starry sporting past. The Villa d’Este coupé is the latest model of the family, as well as the most powerful. It has 110 hp, reaches 170 km per hour. The transmission has two shafts rotating on four supports in the head (two overhead valves per cylinder), the front and rear suspensions are independent, with telescopic shock absorbers and hydraulic brakes. The 6C 2500 was produced under the direction of the Alfa Romeo del Portello plant by engineer Ugo Gobbato. A man of great talent and preparation who had graduated in Germany and directed Magneti Marelli as well as the Fiat plant of Lingotto. 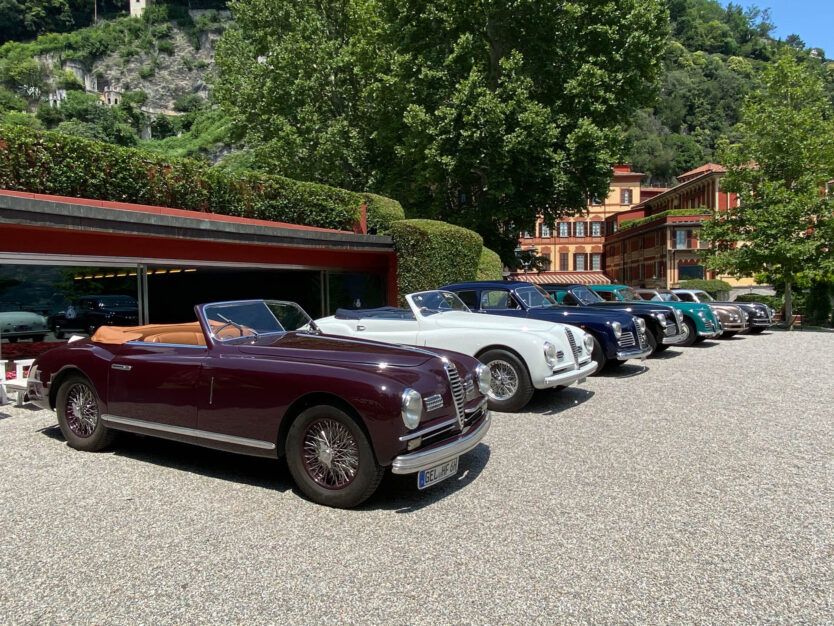 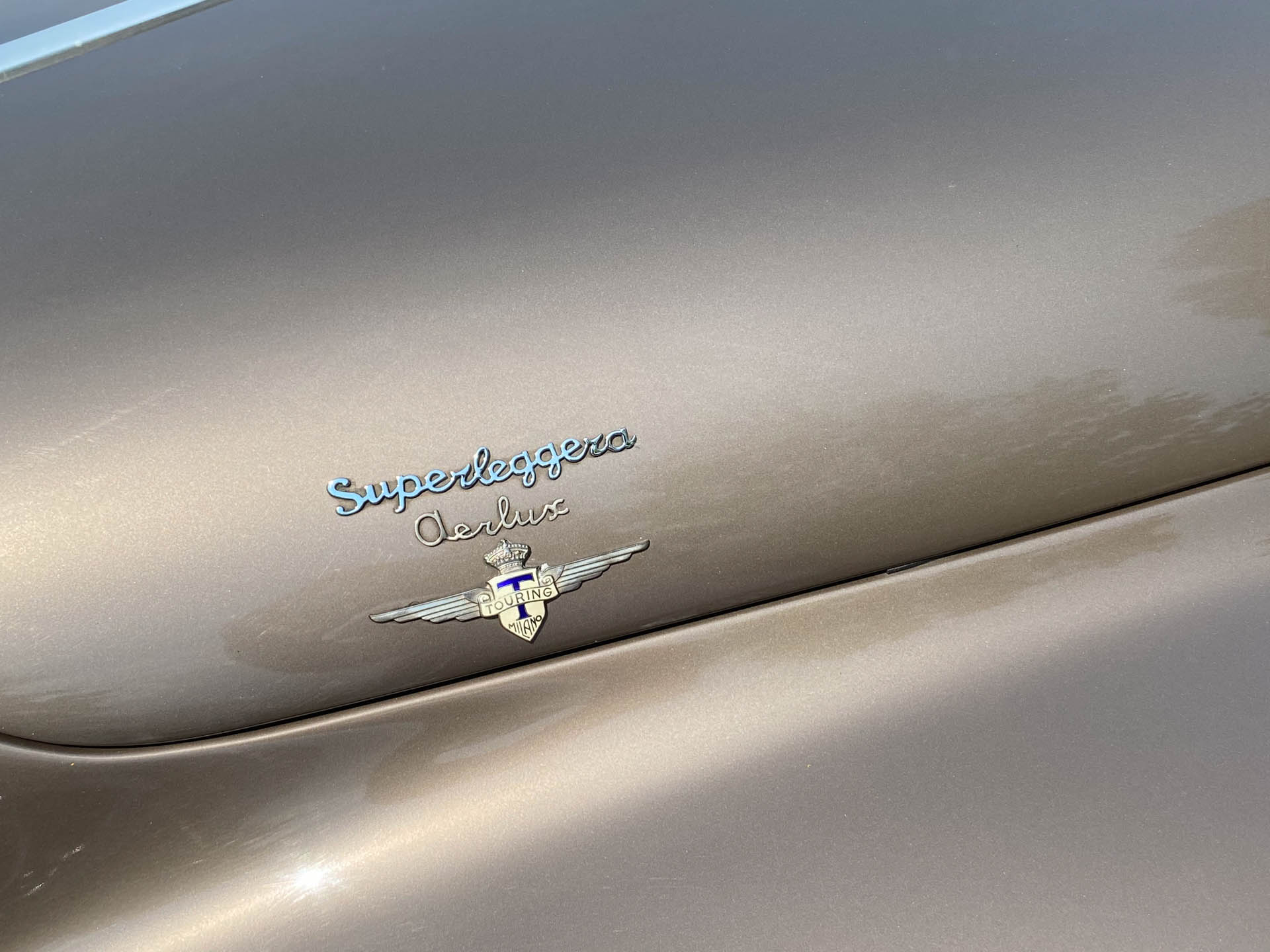 In the year of the 110th anniversary Alfa Romeo. Considering that only 18 of the 6C 2500 SS Coupé Villa d’Este Coupé are currently known all over the world, the average attendance of 5-6 units each year at the Villa d’Este Style is impressively high, and the record is of eight presences. This time, in one of the first classic car events in Italy after the pandemic lockdown by Covid-19, six examples were brought together in the hotel’s splendid setting, three of which came from Germany and Switzerland – from the Confederation, among other things, a breathtaking black model was displayed. It was June 27th, and due to legislative restrictions against the spread of coronavirus, the traditional early afternoon parade with cars on the lakefront did not take place: rather, the event took place behind closed doors, with a small number of guests. As in a “capsule” of dream and beauty, far from the world. After the exhibition, which began in the morning according to the usual program, the meeting ended with lunch in one of the enchanting gardens of Villa d’Este overlooking the lake. The emotions? Thrilling, as always. Seeing certain rarities with a special charm, wrapped in a timeless allure and preserved in an impeccable way is a unique spectacle in the world. 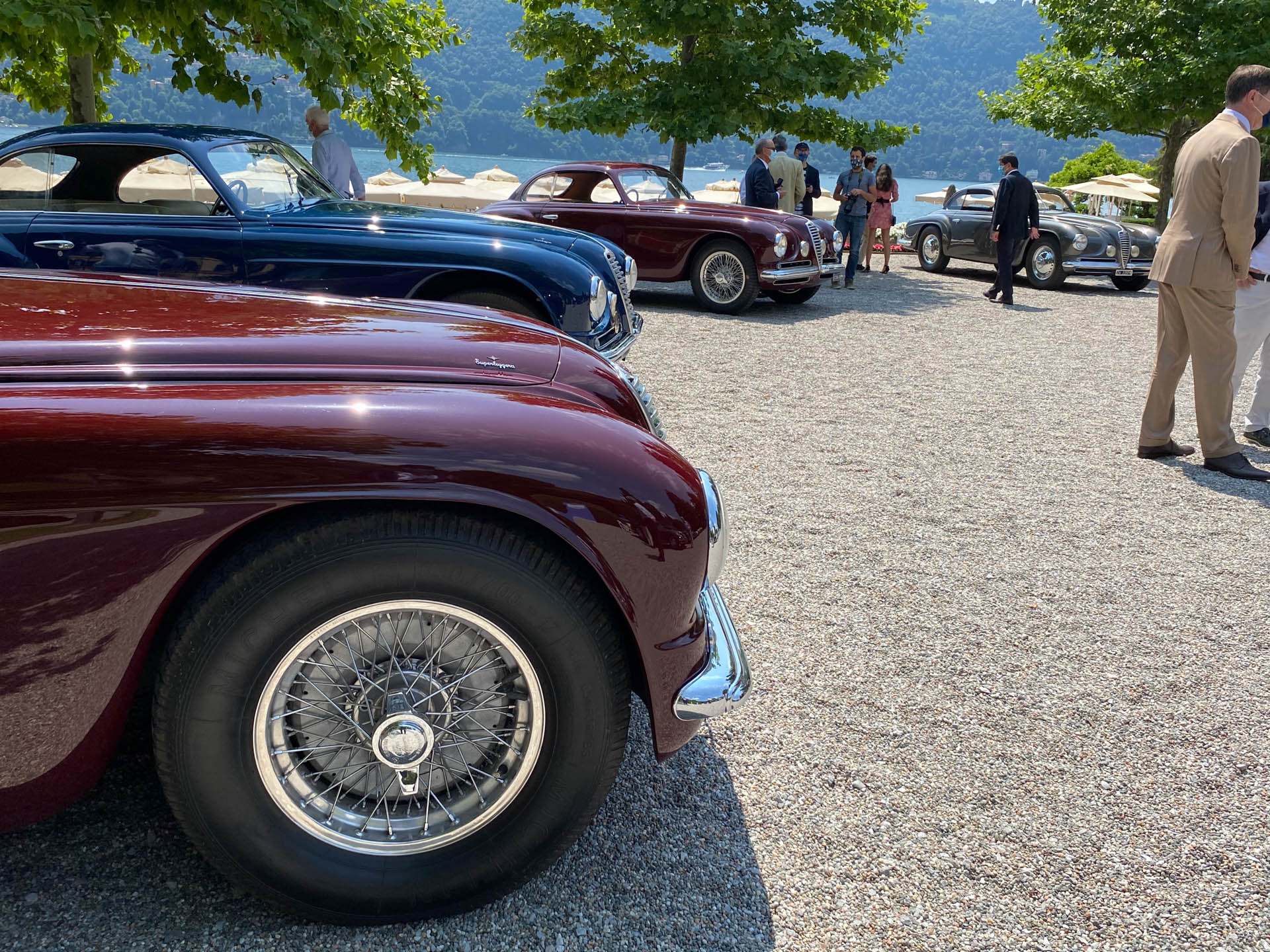 Life stories. Among the cars from Italy, not to be missed is the Villa d’Este chassis #915.016, the hotel’s owner. The model, metallic grey, was found in 2011 by a dealer in England, not far from Cambridge. After spending most of its time in Rome, it went for 15 years to an English collector from Hong Kong. A little further on, an amaranth-coloured pearl was standing on his right: originally it belonged to a sportsman from Como linked to the Scuderia Ferrari, then it raced at the Monte Carlo Rally in 1952, where it had an accident. Restored by Carrozzeria Lopane in 1974, it was extensively repaired, but not properly, in the early nineties. In the meantime, it had moved from Switzerland to Veneto. The current owner bought it in 1994 and had it perfected by Dino Cognolato. Again, a wonderful cobalt blue is the color of the 1950 car that closes the trio of Coupé Villa d’Este present from Italy. Sold to the Alfa Romeo dealership in Lugano, it was repatriated in 1991 with the current owner, after two changes of hands in Switzerland and one in France. Two 6C 2500 Super Sport 6Cs – one of which with an Aerlux opening Plexiglas roof by Carrozzeria Touring -, two Convertible Sports and a Golden Arrow have completed the picture in the frame of the hotel. There was something to glaze your eyes, wonder after wonder. Until the next Villa d’Este Style.