The Legnago Défilé is a magic that takes place every two years. Near the tower of the ancient city walls, which becomes the evocative headquarters of the event, Piazza della Libertà gets adorned from the early afternoon with four-wheeled jewels and offers the show of historic motoring to citizens and enthusiasts. Then, in the evening, the scenery takes on a dreamlike appearance in Piazza Garibaldi with the lights, music and sounds of the cars on the on stage. The latest edition, the twelfth, was held on Saturday 17 July with the novelty of an elegant fashion catwalk. There were interpretations at the highest levels of the fashion trends of the various periods of the Twentieth Century by the Alta Sartoria Fashion School of Verona. The result was an enthusiastic crowd that watched the show until the very last moment, captivated by the descriptions of the cars, the charm of their bodywork and the splendid matching clothes. 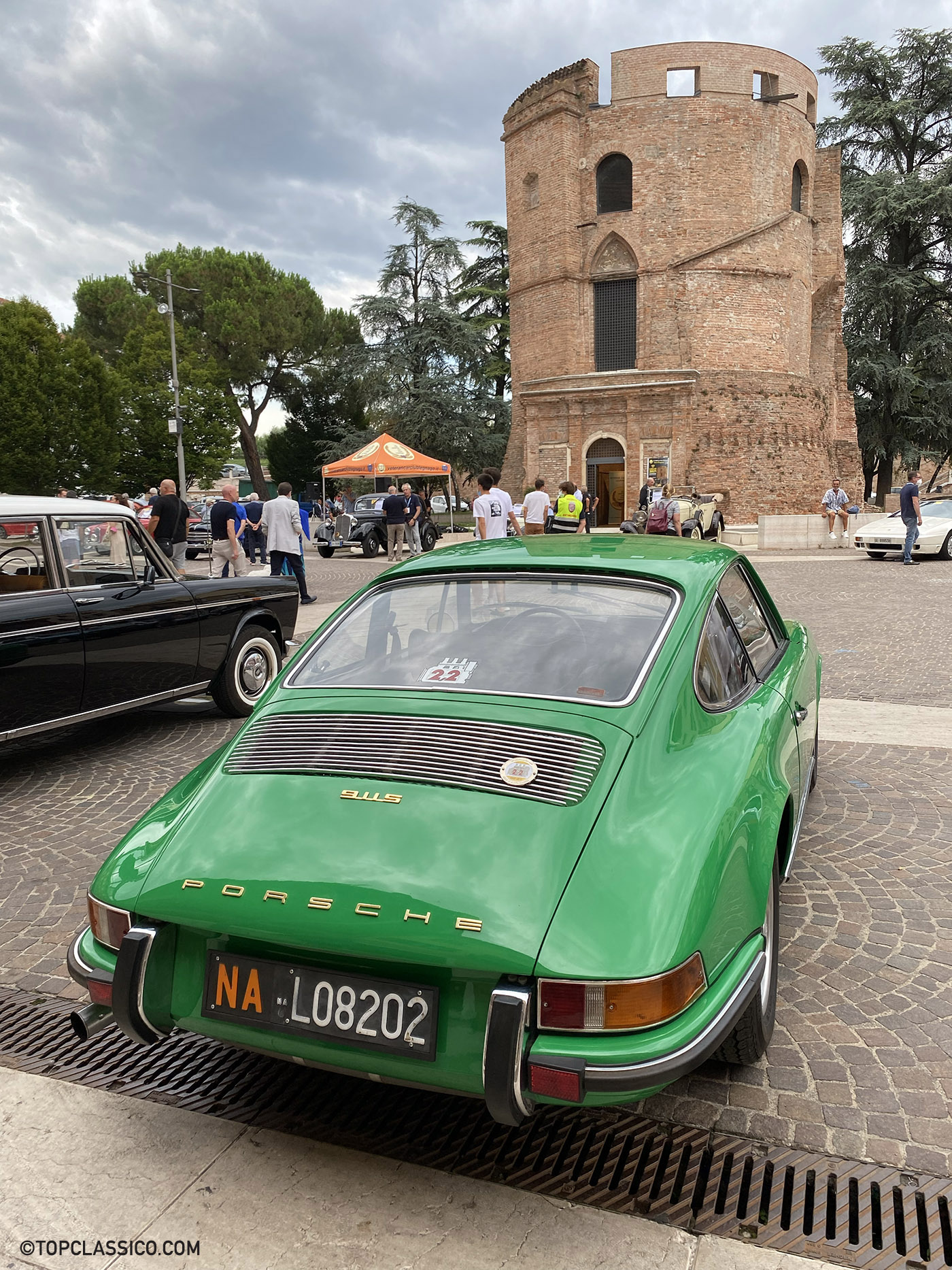 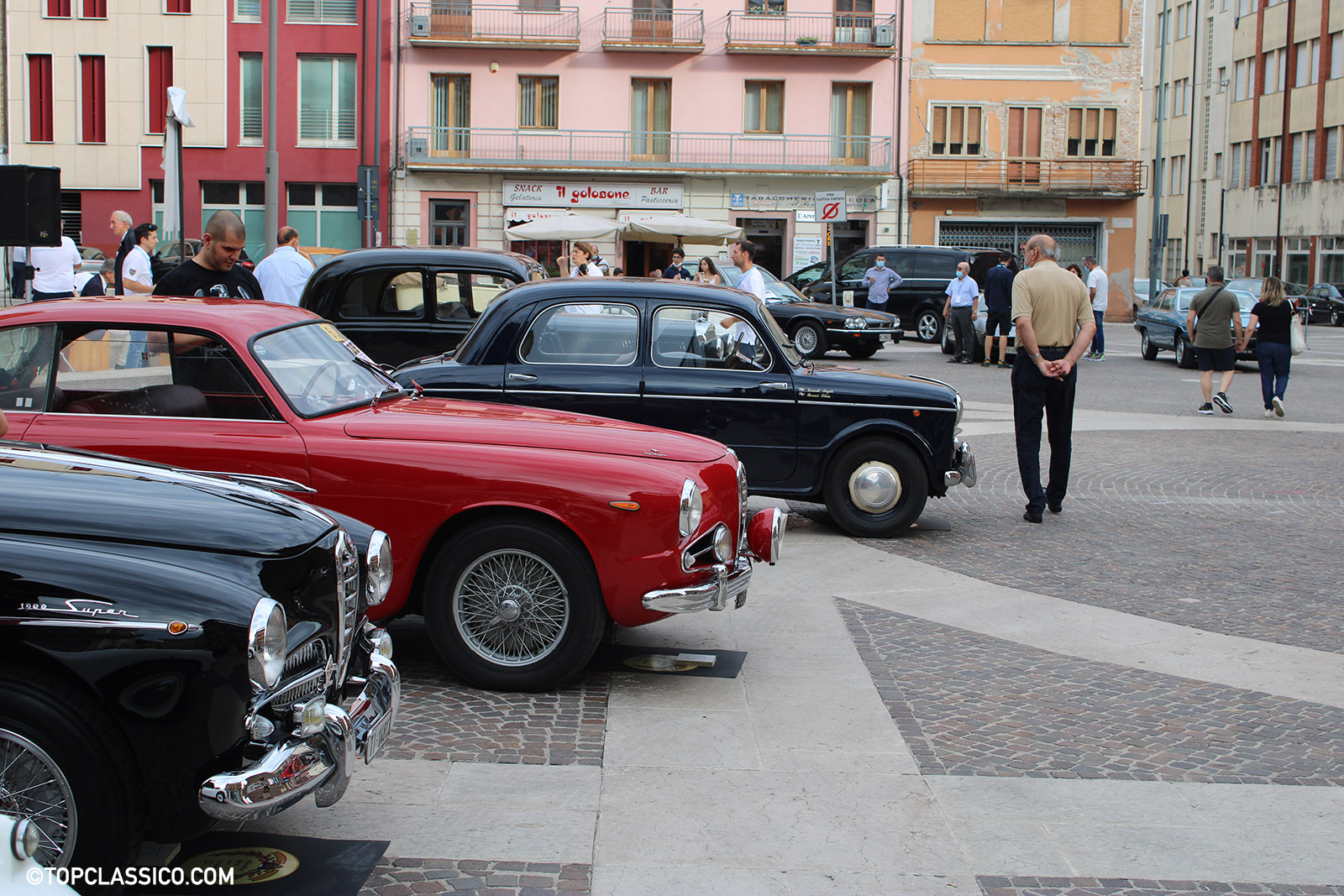 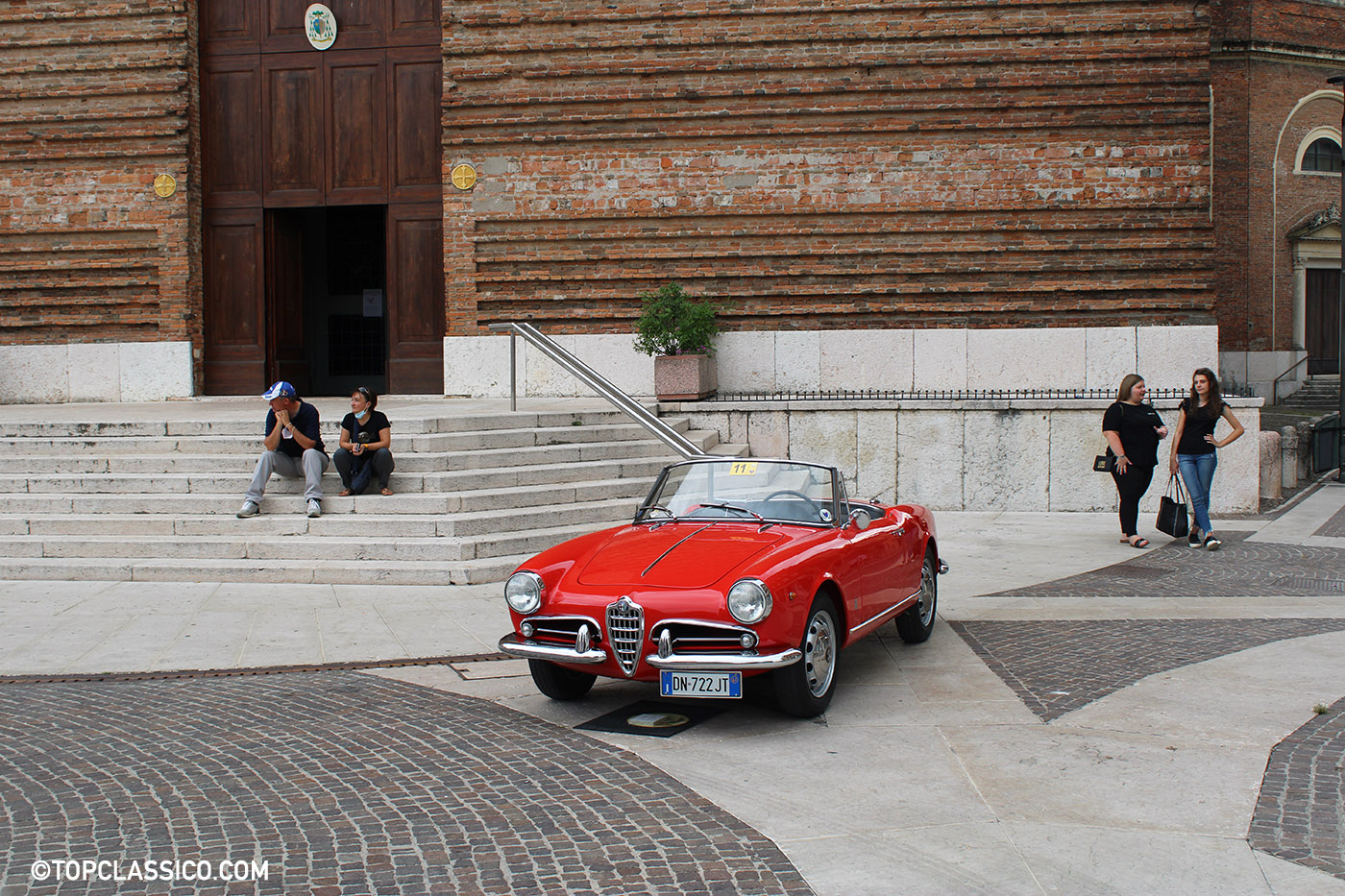 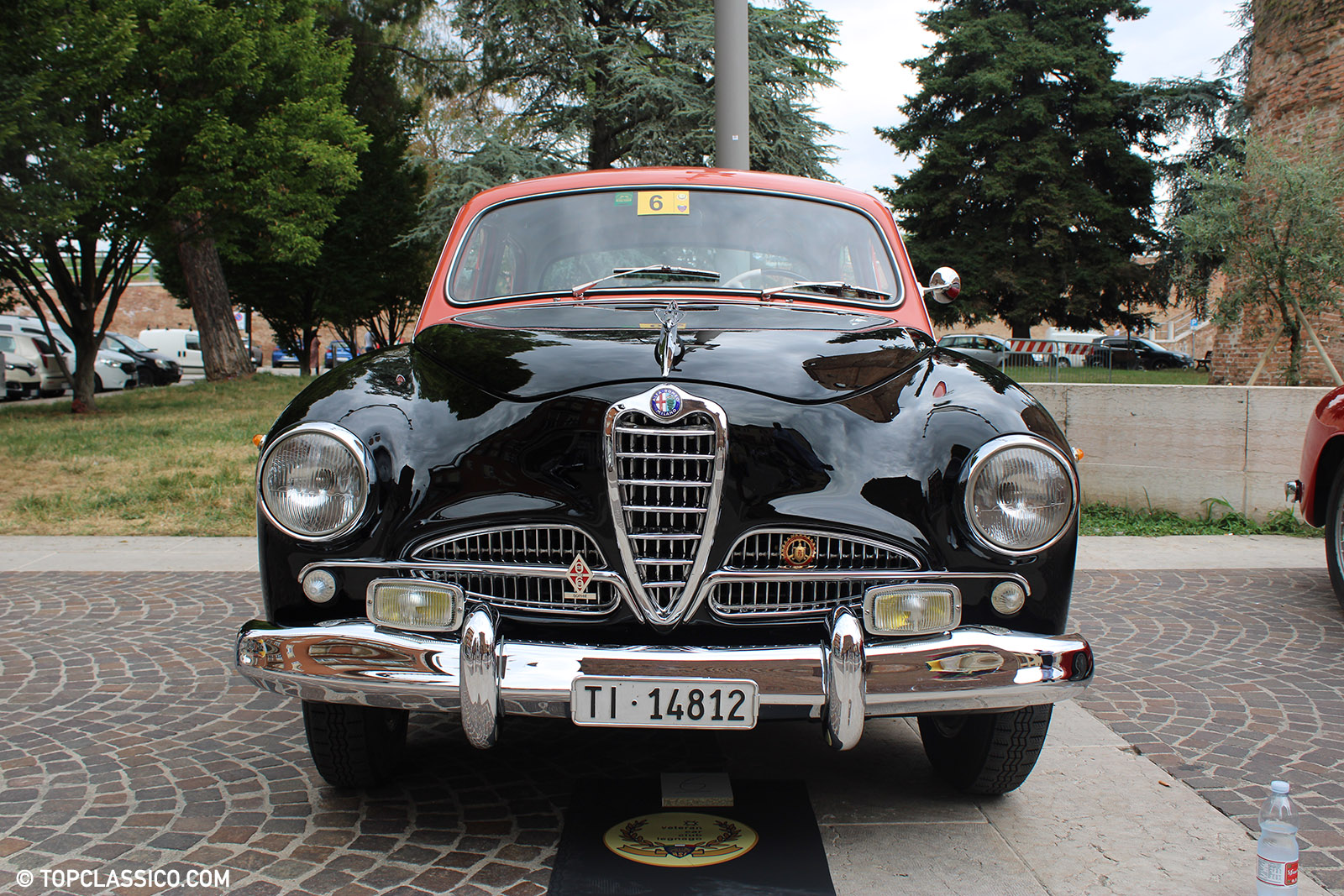 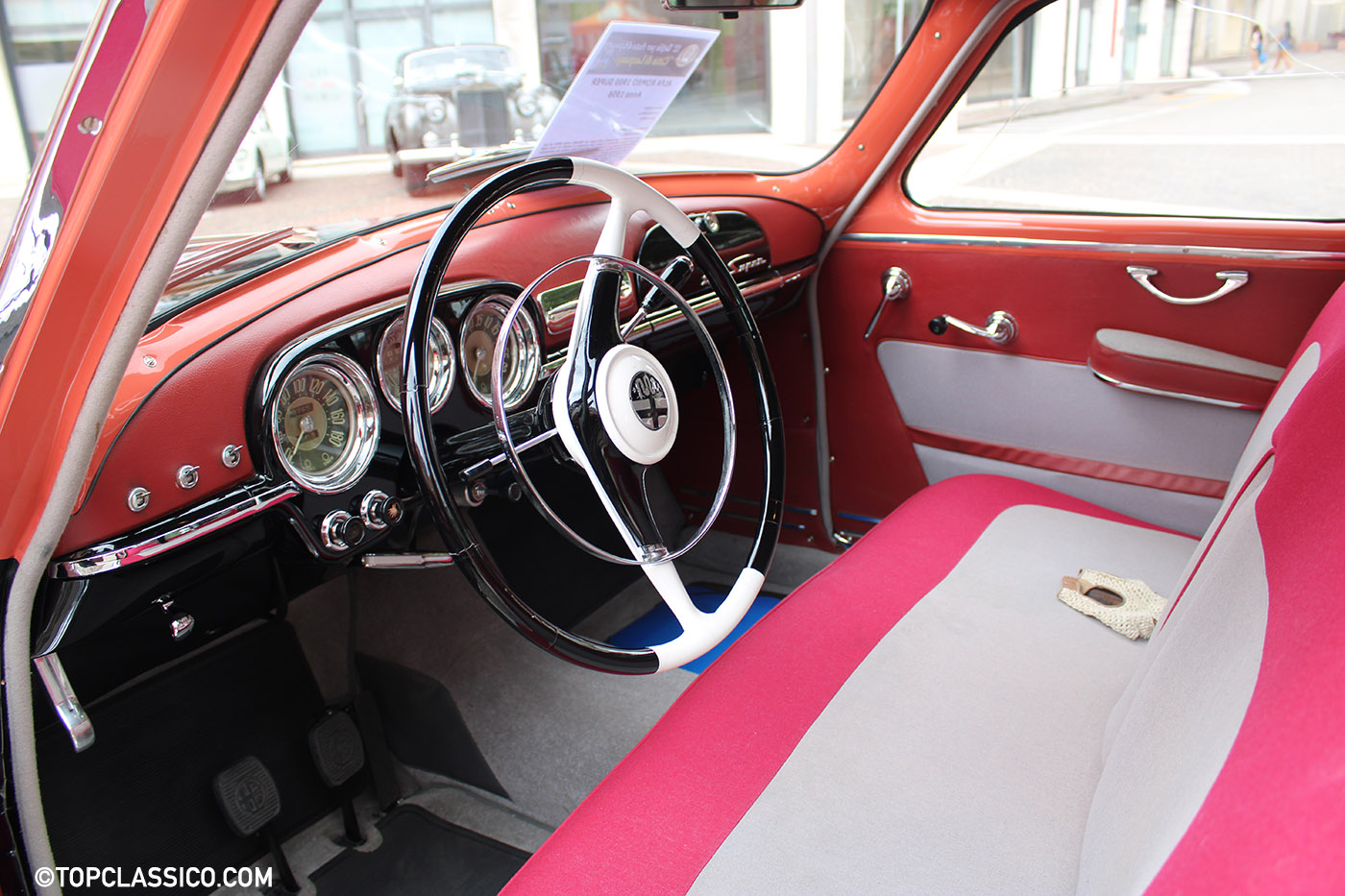 The victory went to a fashion queen. Even on purpose the theme of haute couture couldn’t go better with the Best of Show, a fabulous Alfa Romeo 1900 Super arrived from Switzerland that made everyone fall in love with its original two-tone from 1956. Coral Pink and Black, to be precise. A flamboyant look that may recall certain spectacular creations by Vignale and Giovanni Michelotti but which actually contains all the creative energy of a Milanese designer who laid the foundations of Italian fashion, Jole Veneziani. Born in Taranto, she had perceived the trend of those years winking to the United States. Thus she convinced the management of the Biscione, whose ladies she dressed, to create some versions of the powerful 1900 model set up by her. That’s how some special combinations were born, also of Coral Pink and White, with a total production of about 6-700 units. “With the same livery of this example – the only one to come out of the factory with spoked wheels – they built 200 cars. Although very rare, there are some around but they are always two doors”, explained the owner. “While other four doors like this are not known at the moment”. Another peculiarity of the car, in addition to the interior in a euphoric as well as original red-gray pattern, is also the fact that it belonged to Dario Luraghi, son of the president of Alfa Romeo Giuseppe. He bought the car in the Musée Automobile de Provence, in France, where the it had remained in excellent condition for about thirty years. 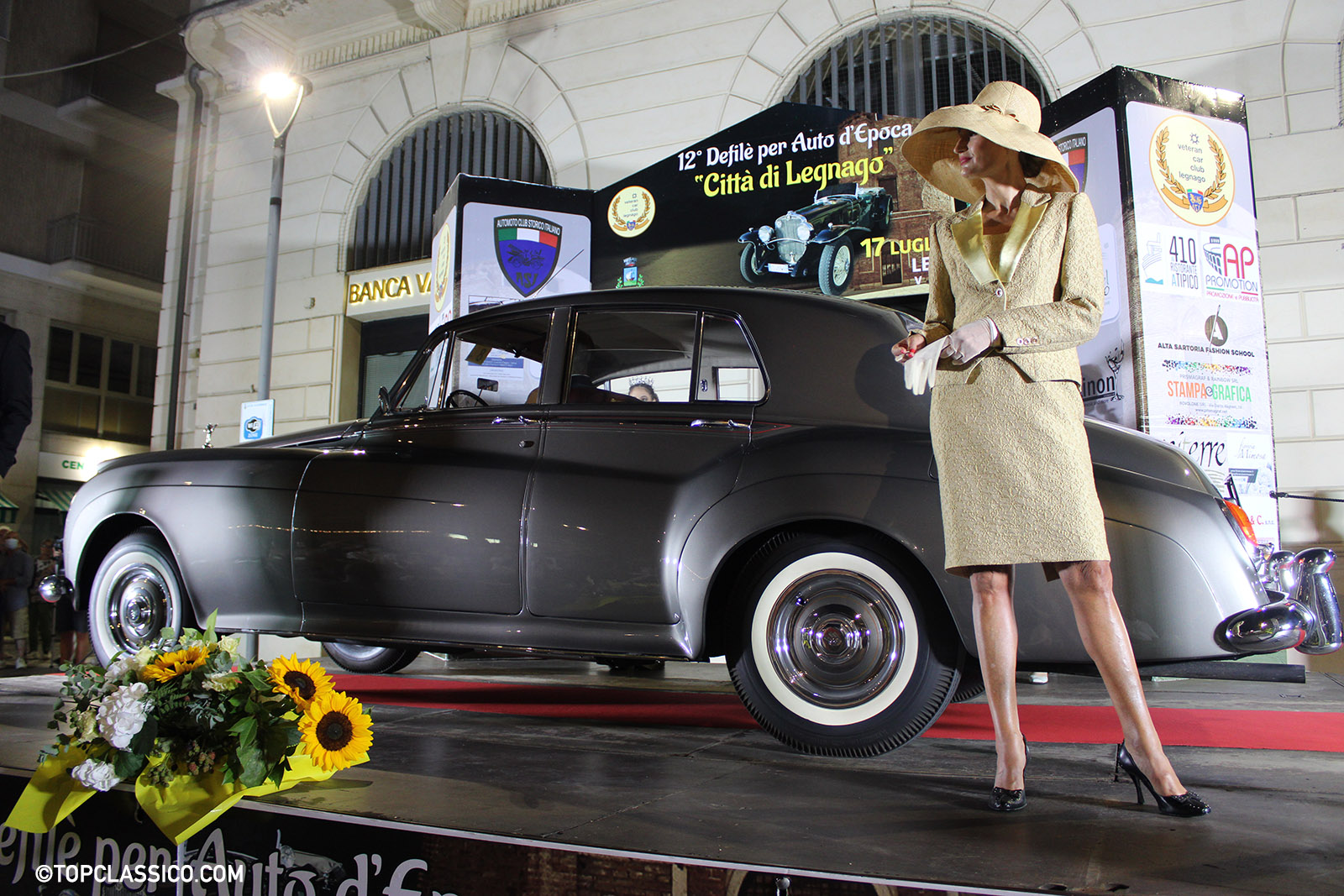 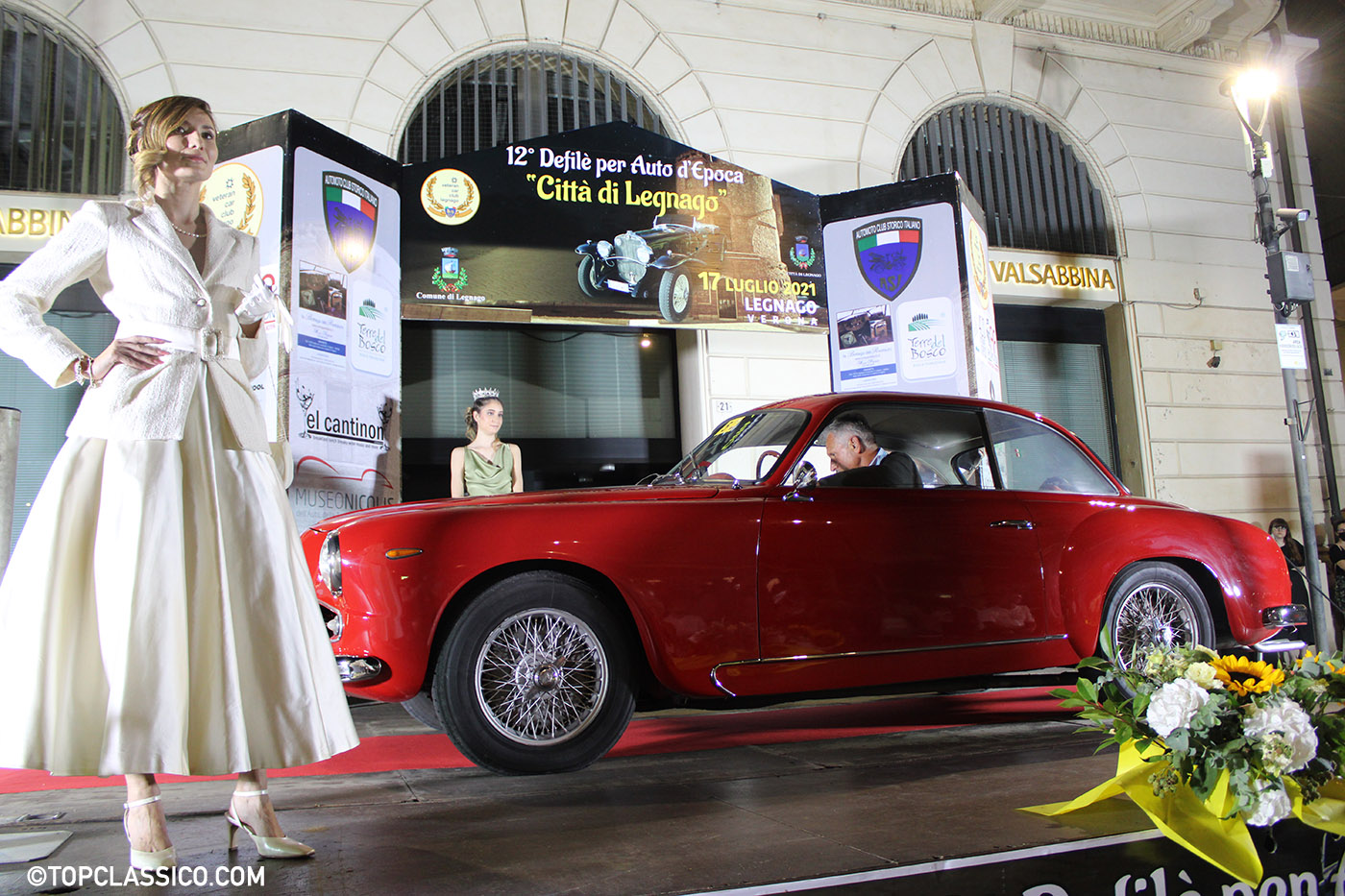 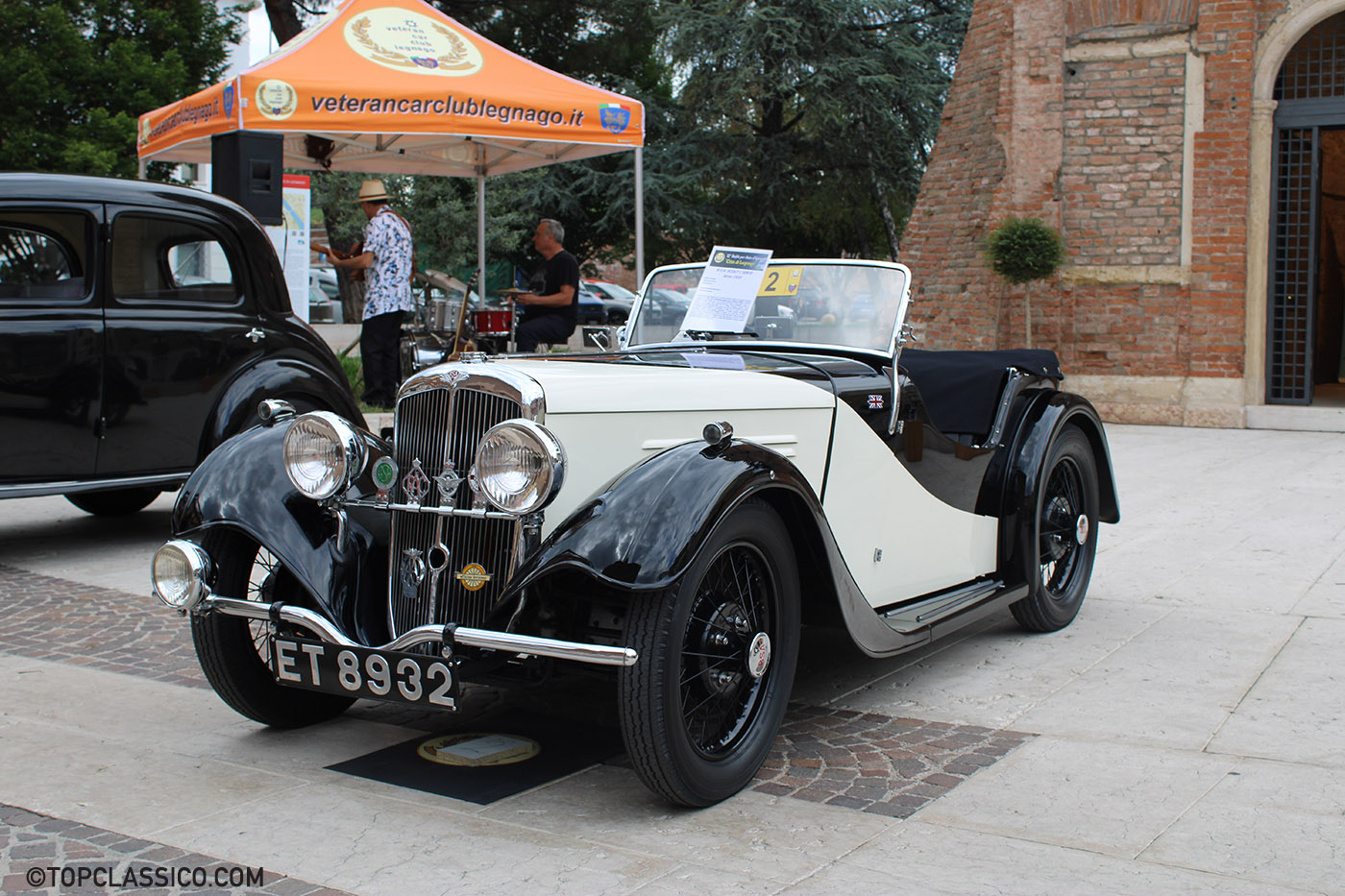 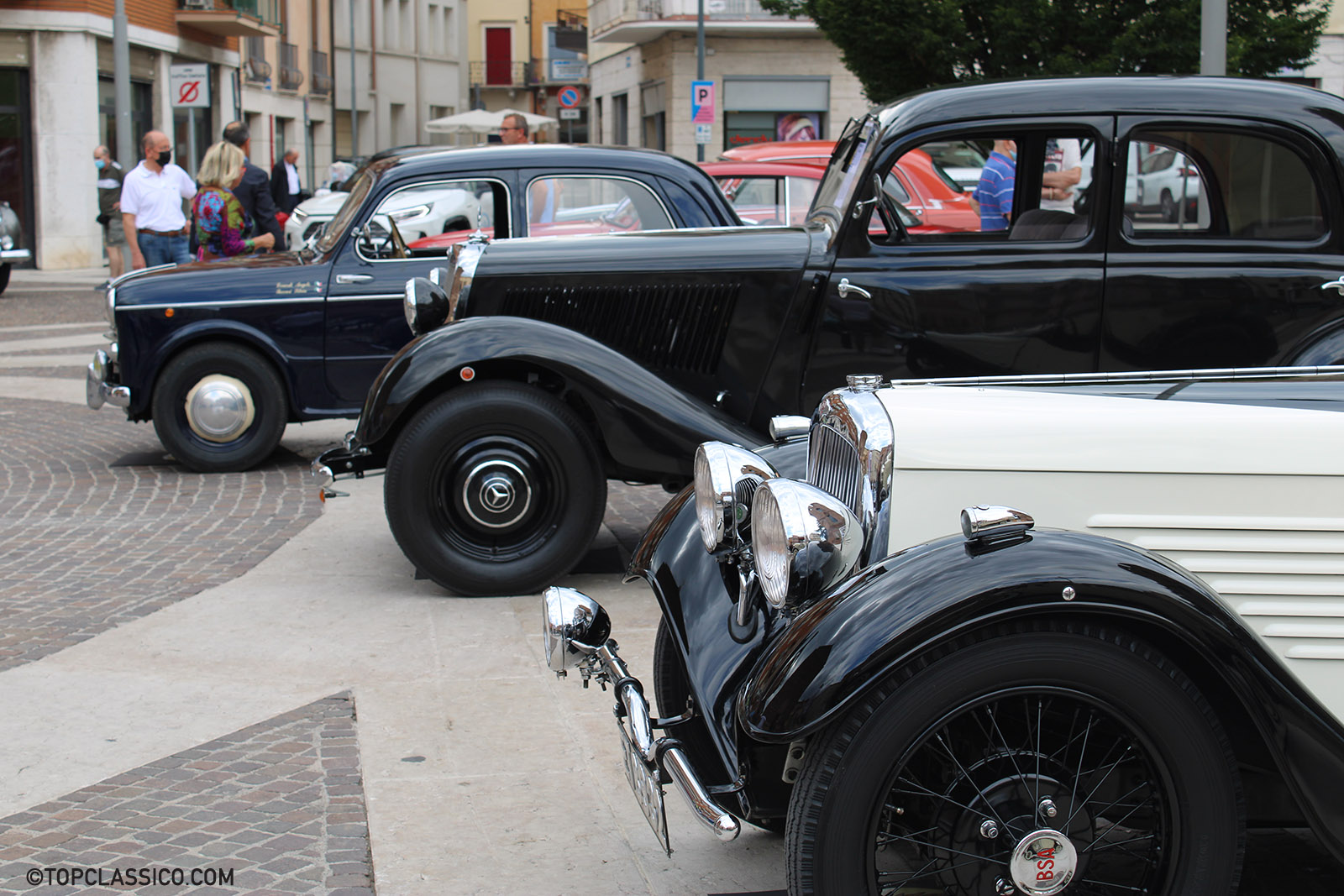 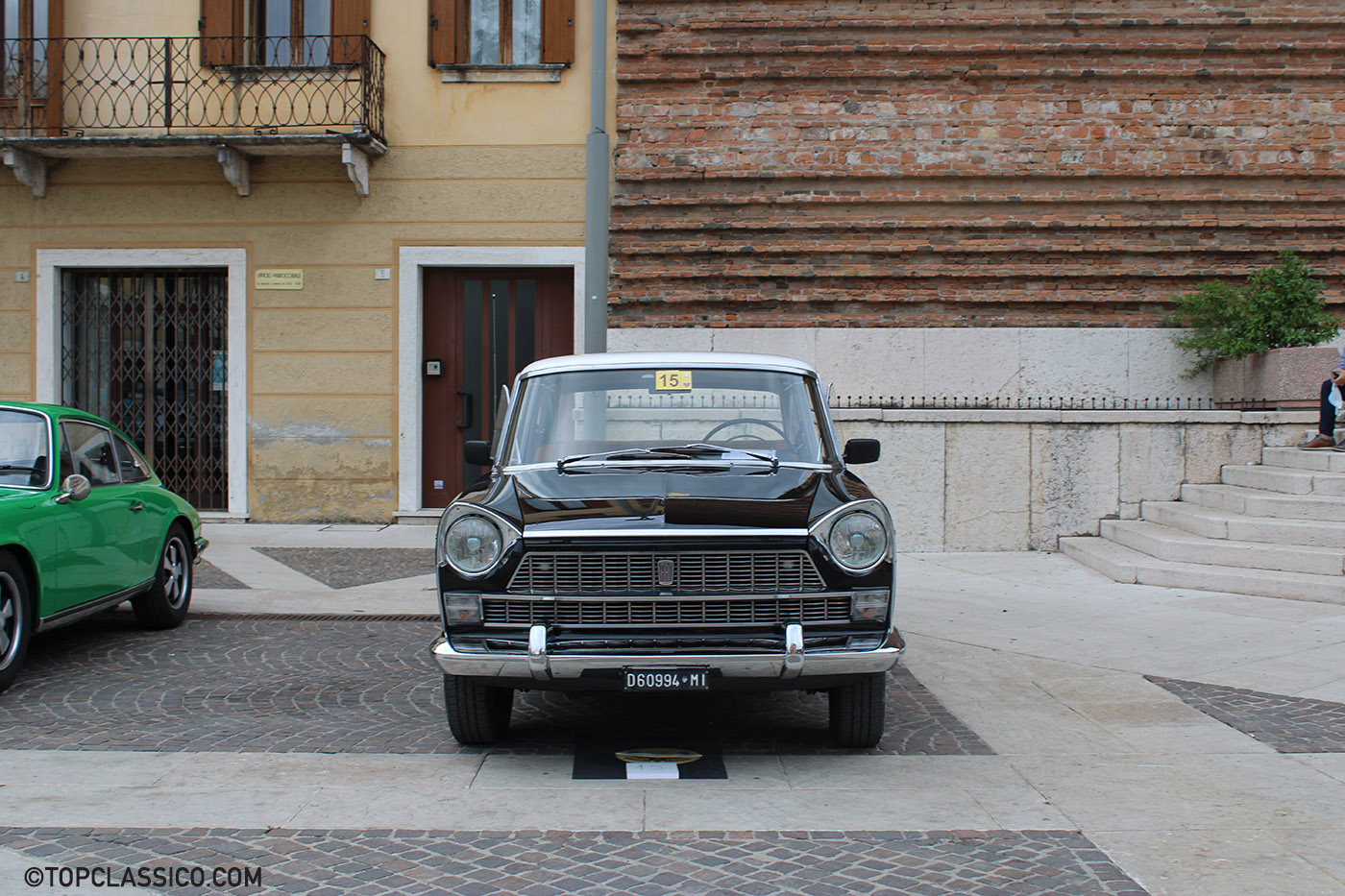 Memory cars. Another marvel which can boast an illustrious belonging was the 1967 Fiat 1800 B end of series, registered new to Pirelli (see photo). The current owner, the fourth, wanted it as part of his 1950-1971 Fiat collection that traces all the cars of his family. He bought it about a year ago from a friend and immediately got so passionate that he even wanted to pay more than the request, only to realize that the chrome had to be redone and the paint had some defects… At that point, in addition to the interior upholstery and padding – replaced the same as the originals – the bodywork was also reviewed. A total of 21 competitors challenged each other this year, in front of the ASI jury of Fausto Tronelli (president), Carla Galli and Vinicio Ercolani. 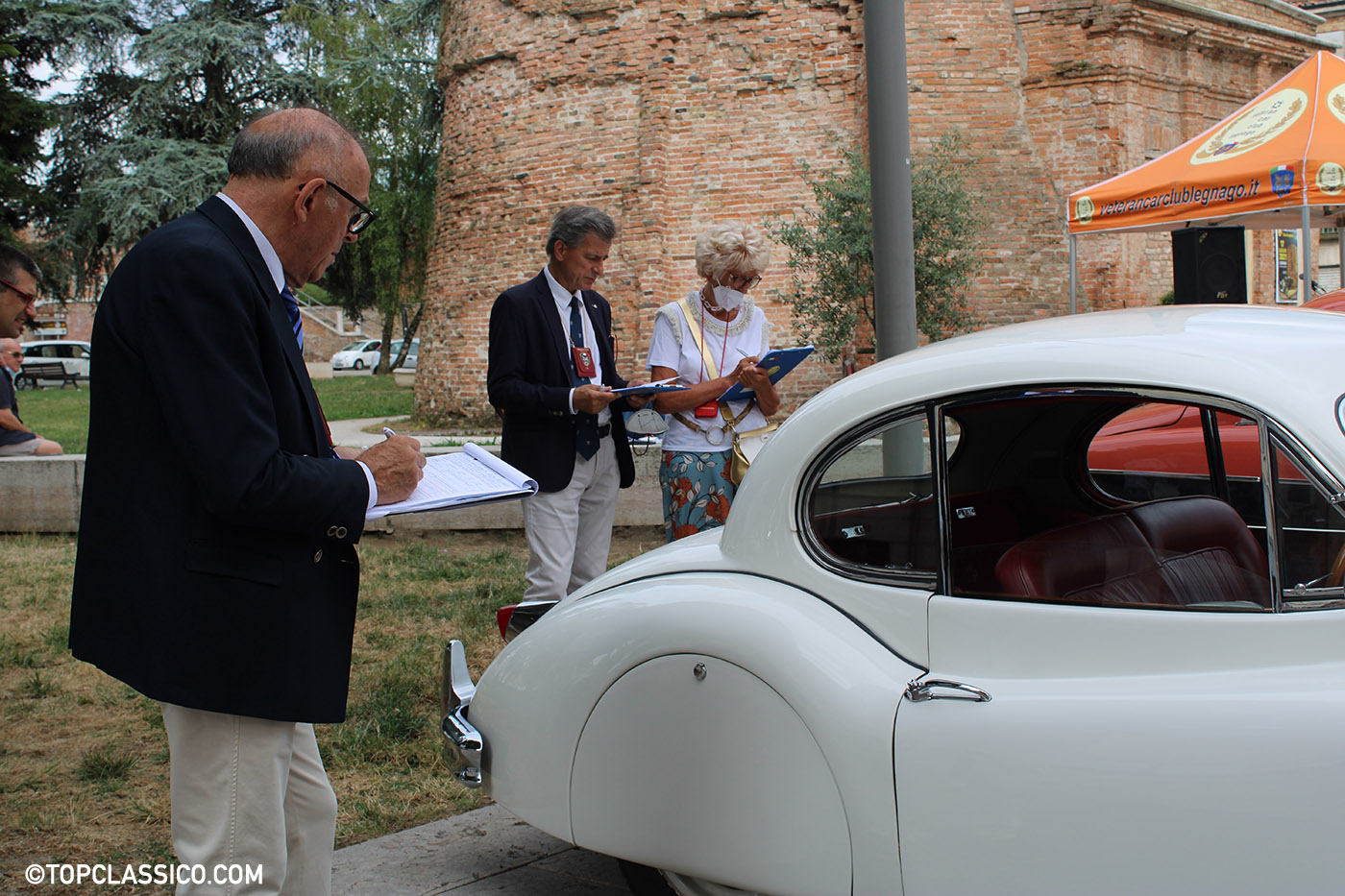 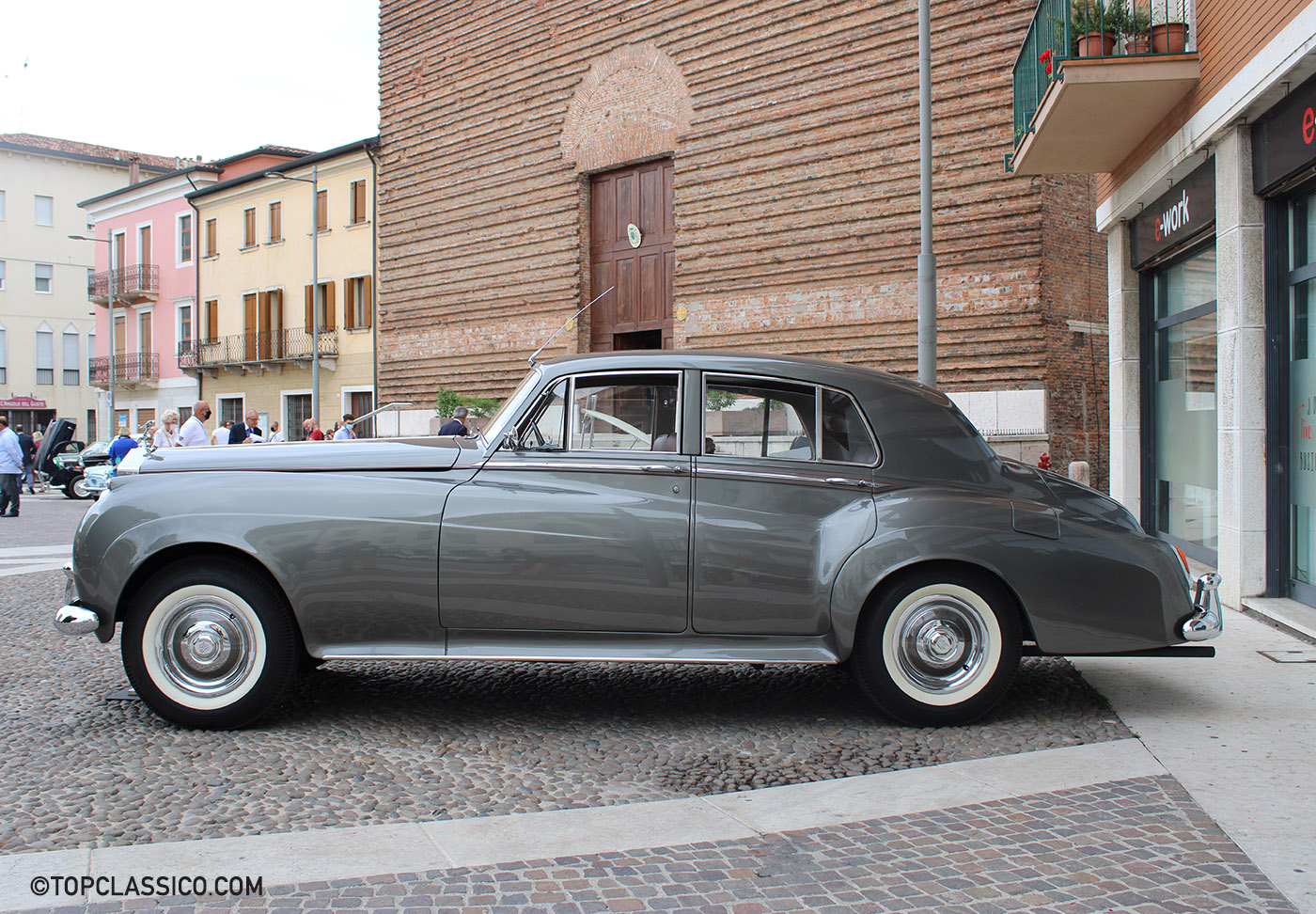 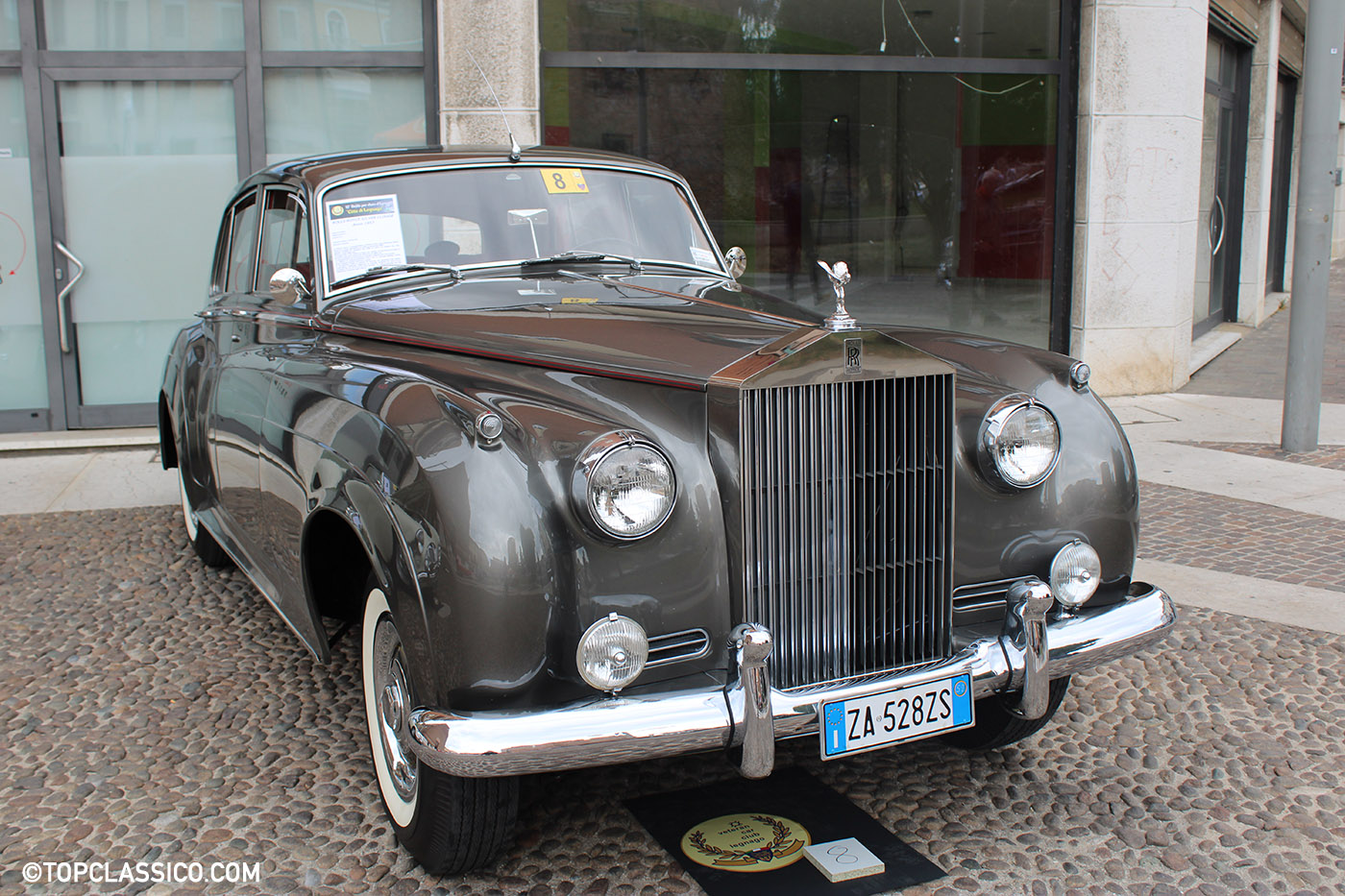 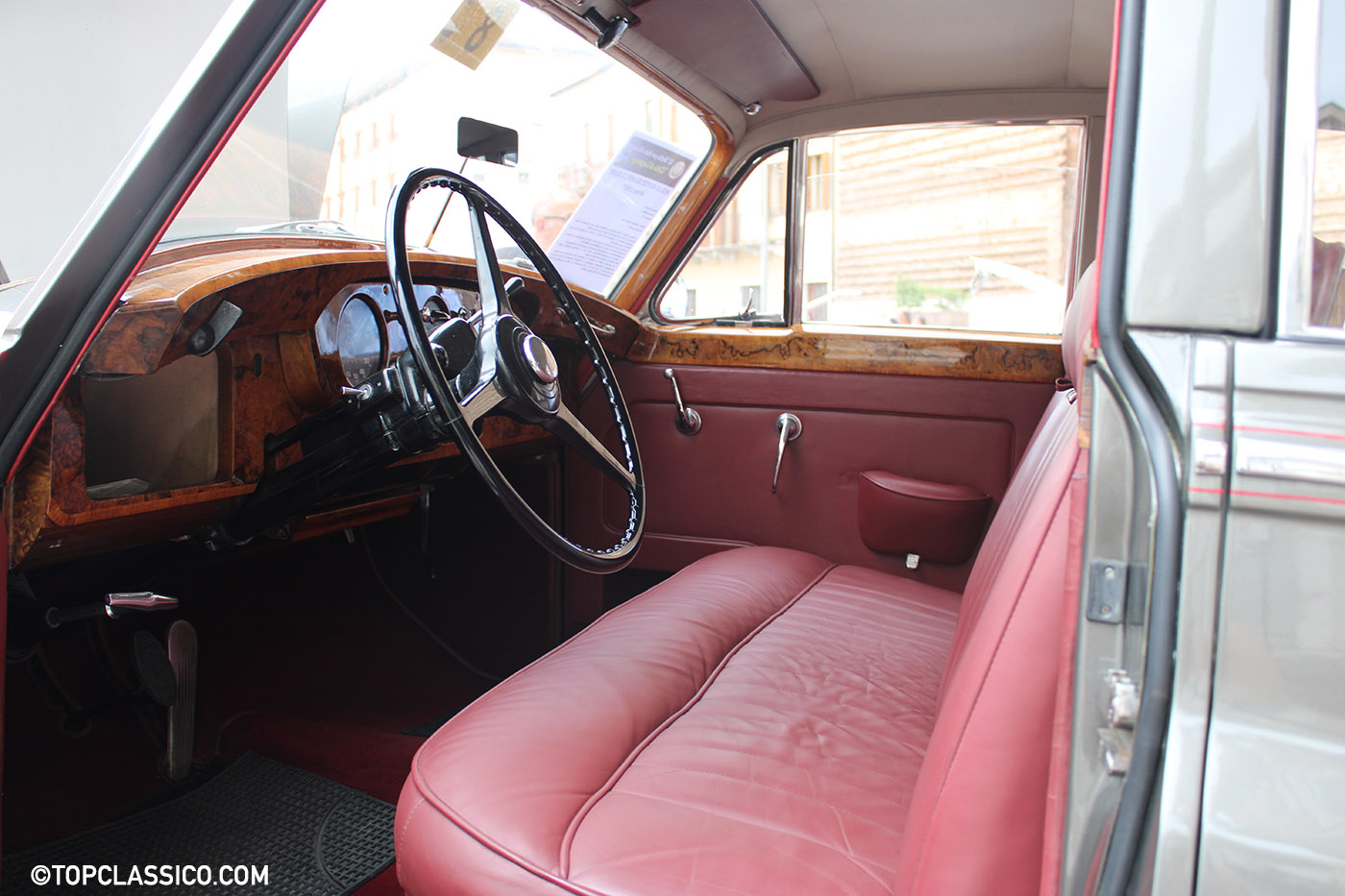 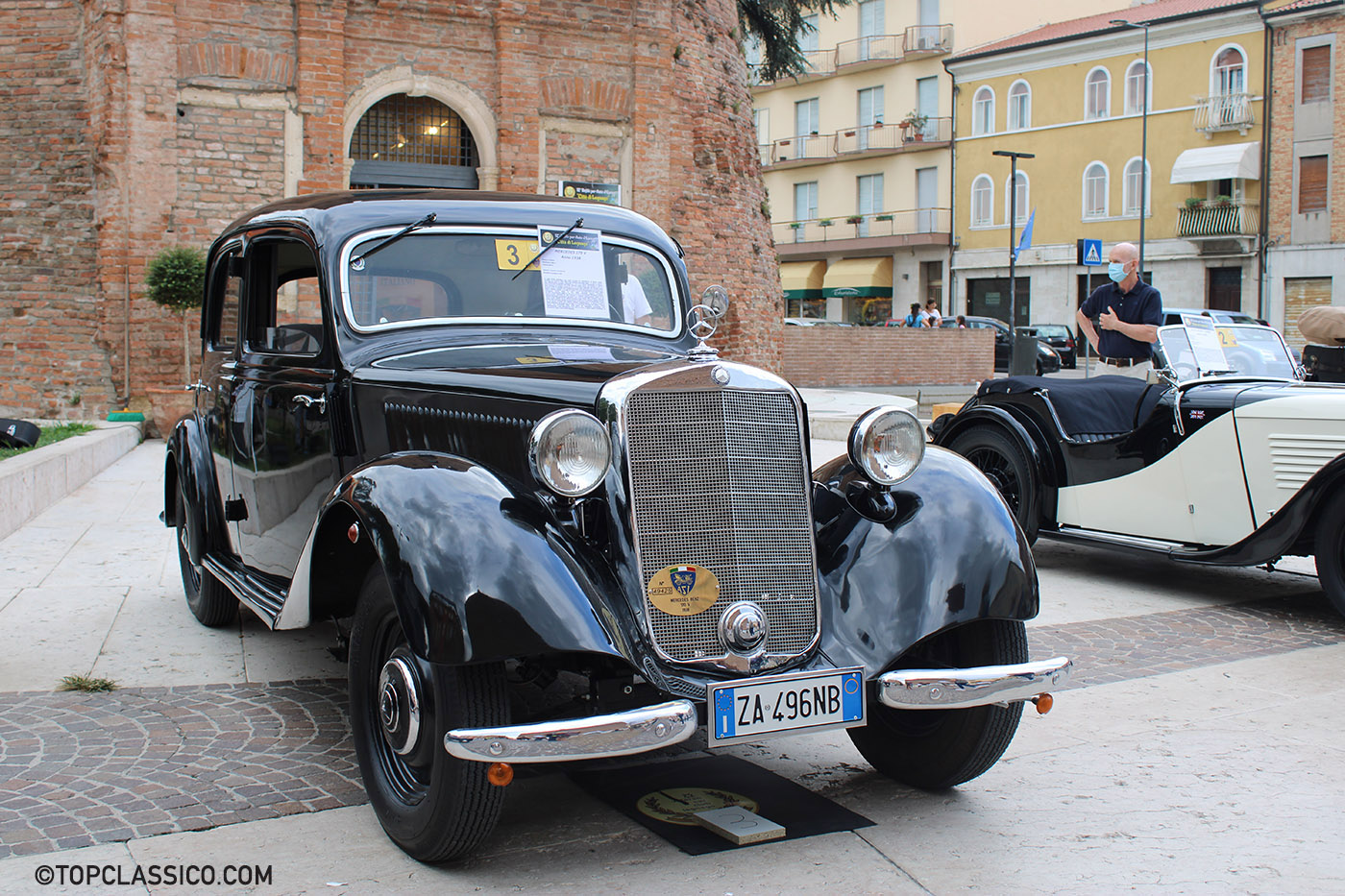 Mostly not Italian cars. The beauties have been divided into 4 classes: Vintage, Classic, Post Classic and Instant Classic. Another representative of the Lingotto was a 1100/103 Bauletto in excellent shape, while six other Italians were a 1955 Alfa Romeo 1900 SS Touring Superleggera that won the Luciano Nicolis Award, a red Giulietta Spider that finished first in the Post Classic category, a Lancia Flaminia Coupé Pininfarina, a 1982 Gamma Coupé and a rare Maserati Merak SS which received the Benaco Classic Auto special award. Other than a nice 1962 Autobianchi Bianchina Cabrio with the paint job fixed by the owner, a former coachbuilder. 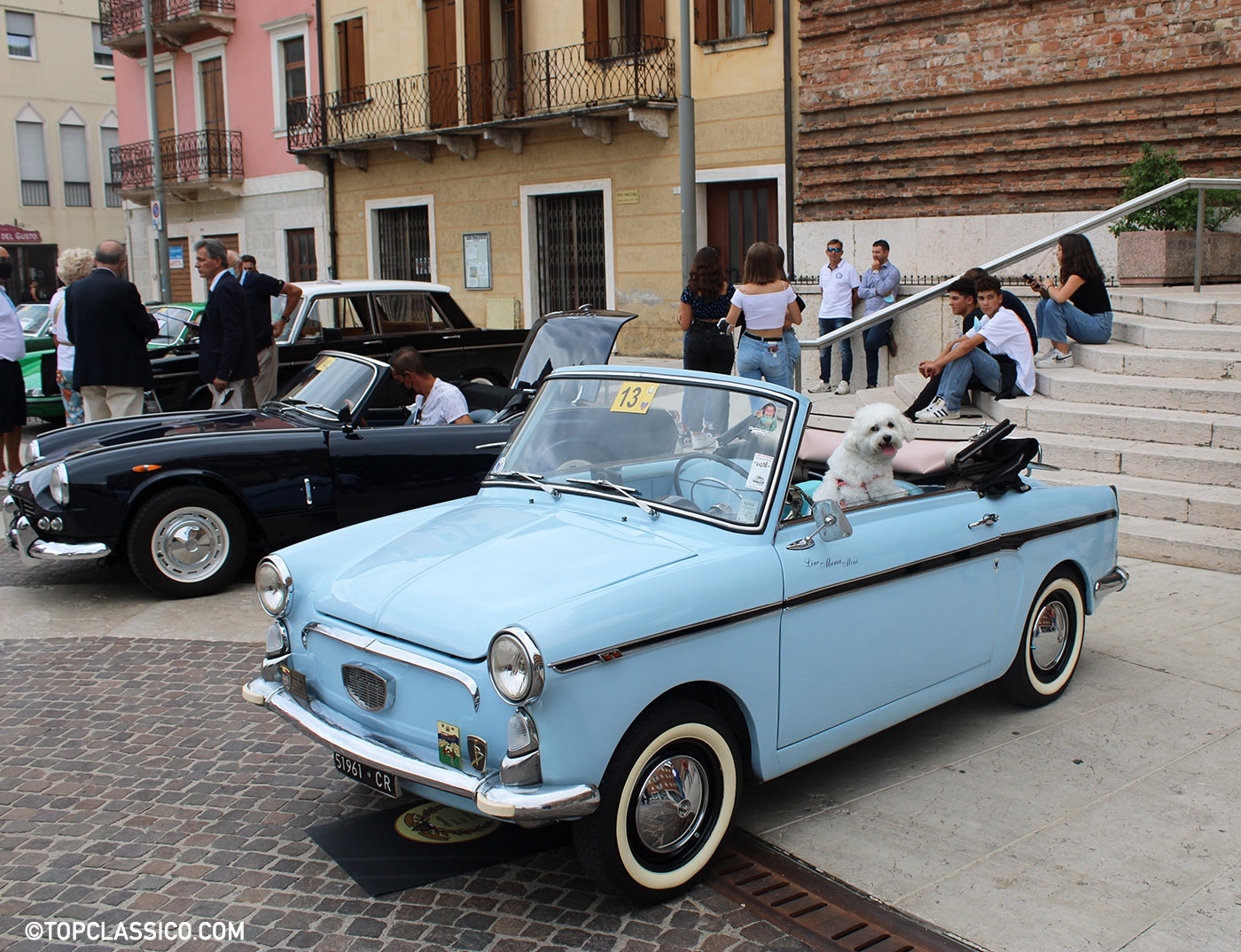 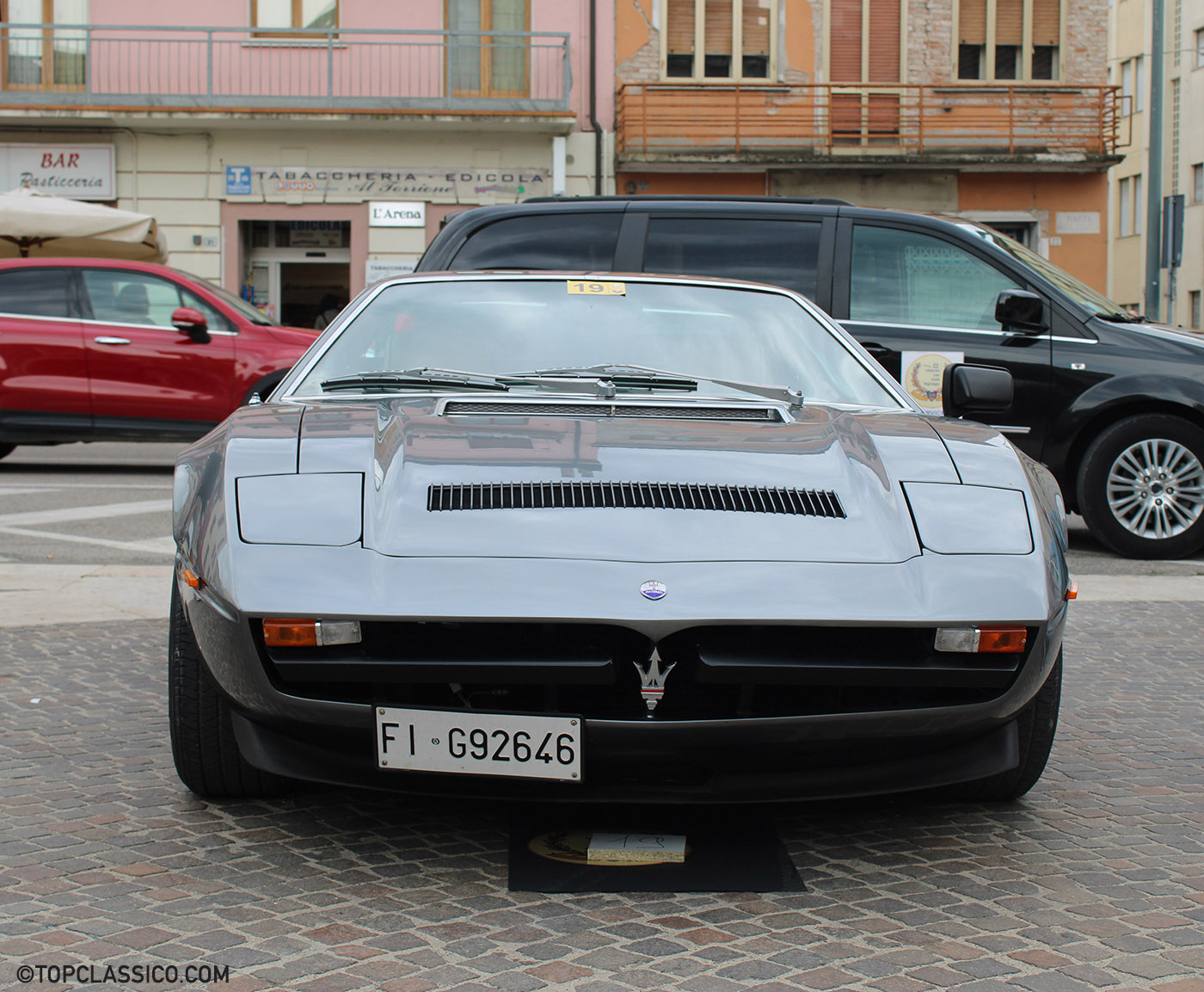 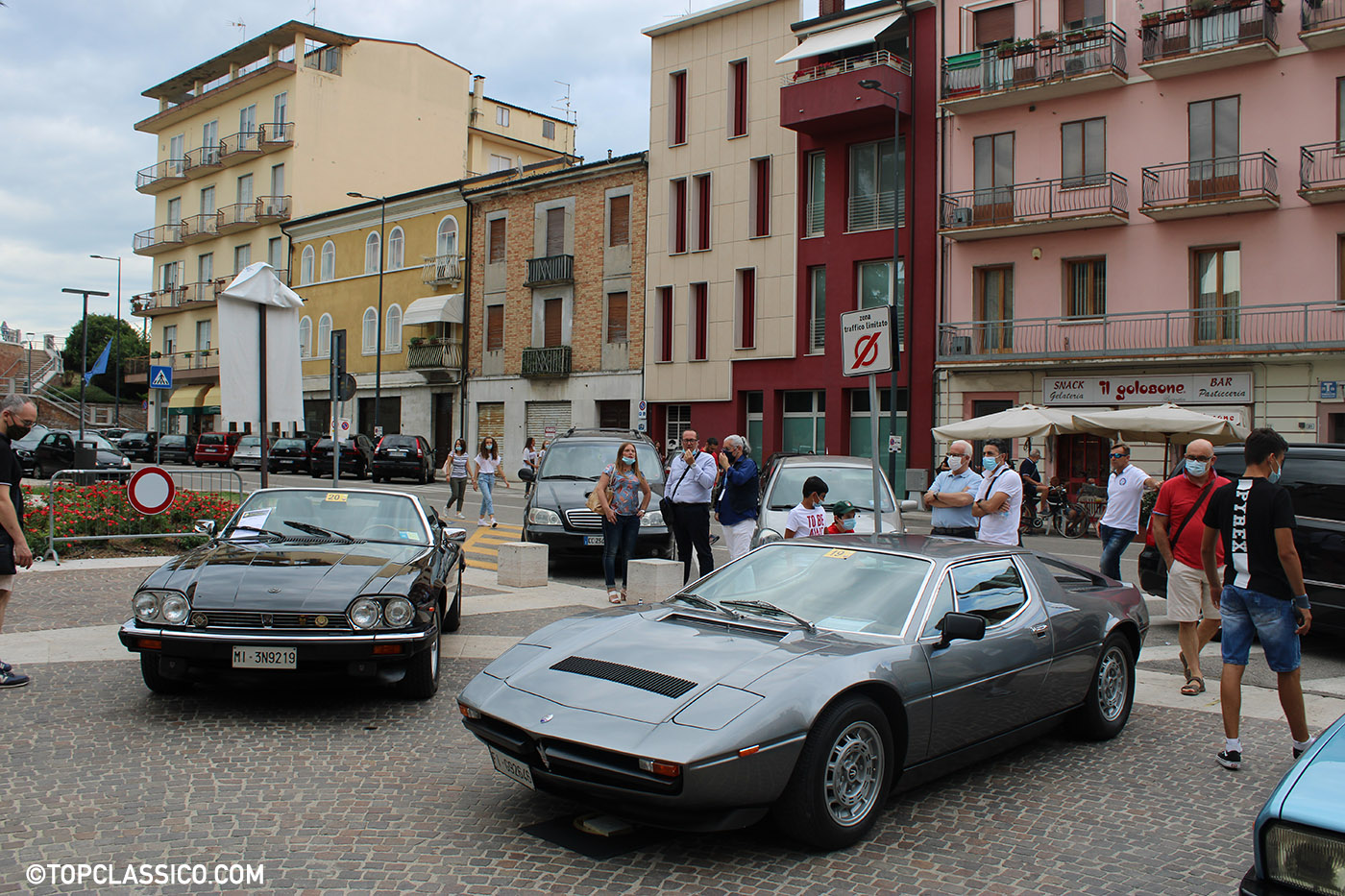 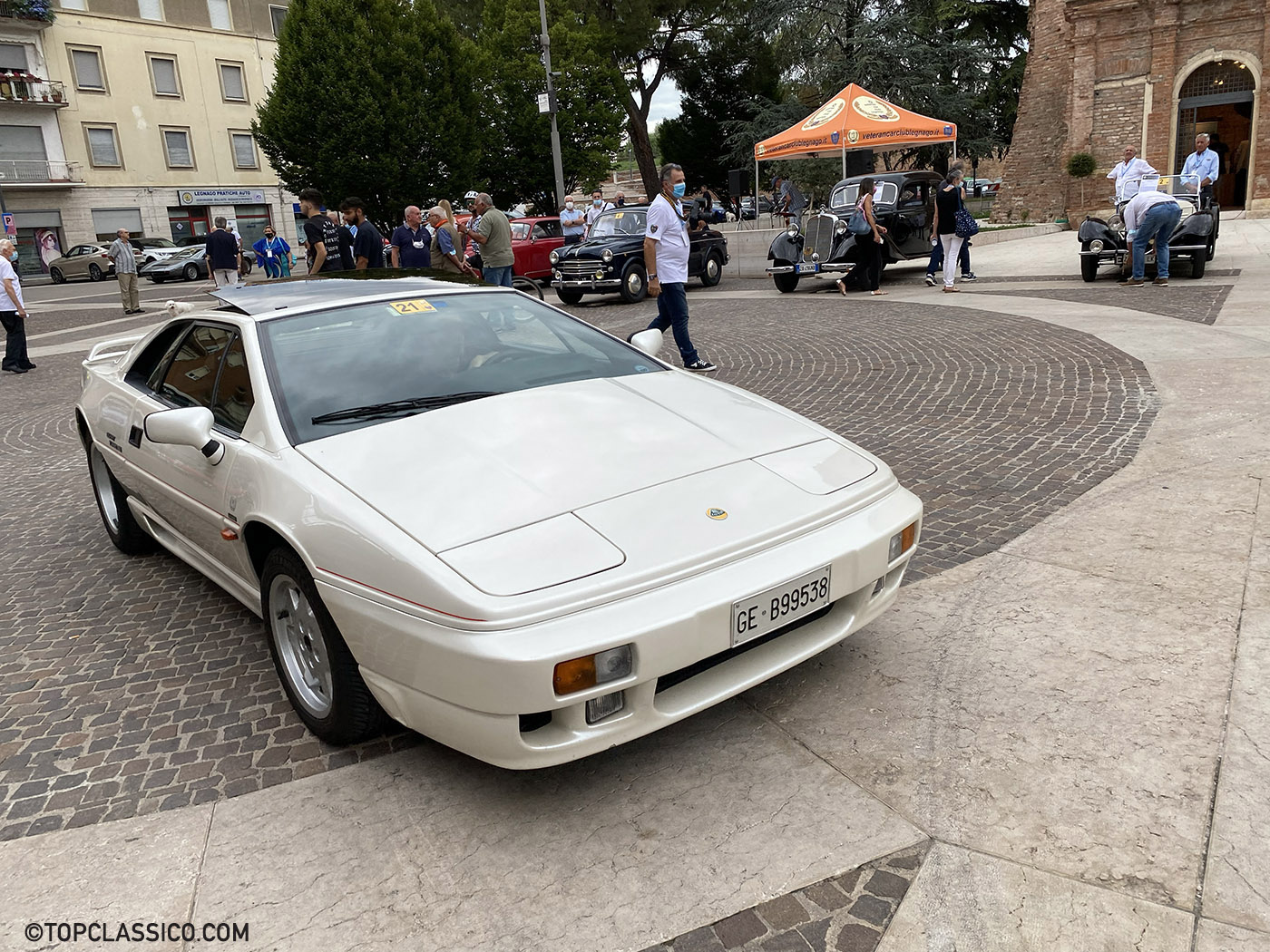 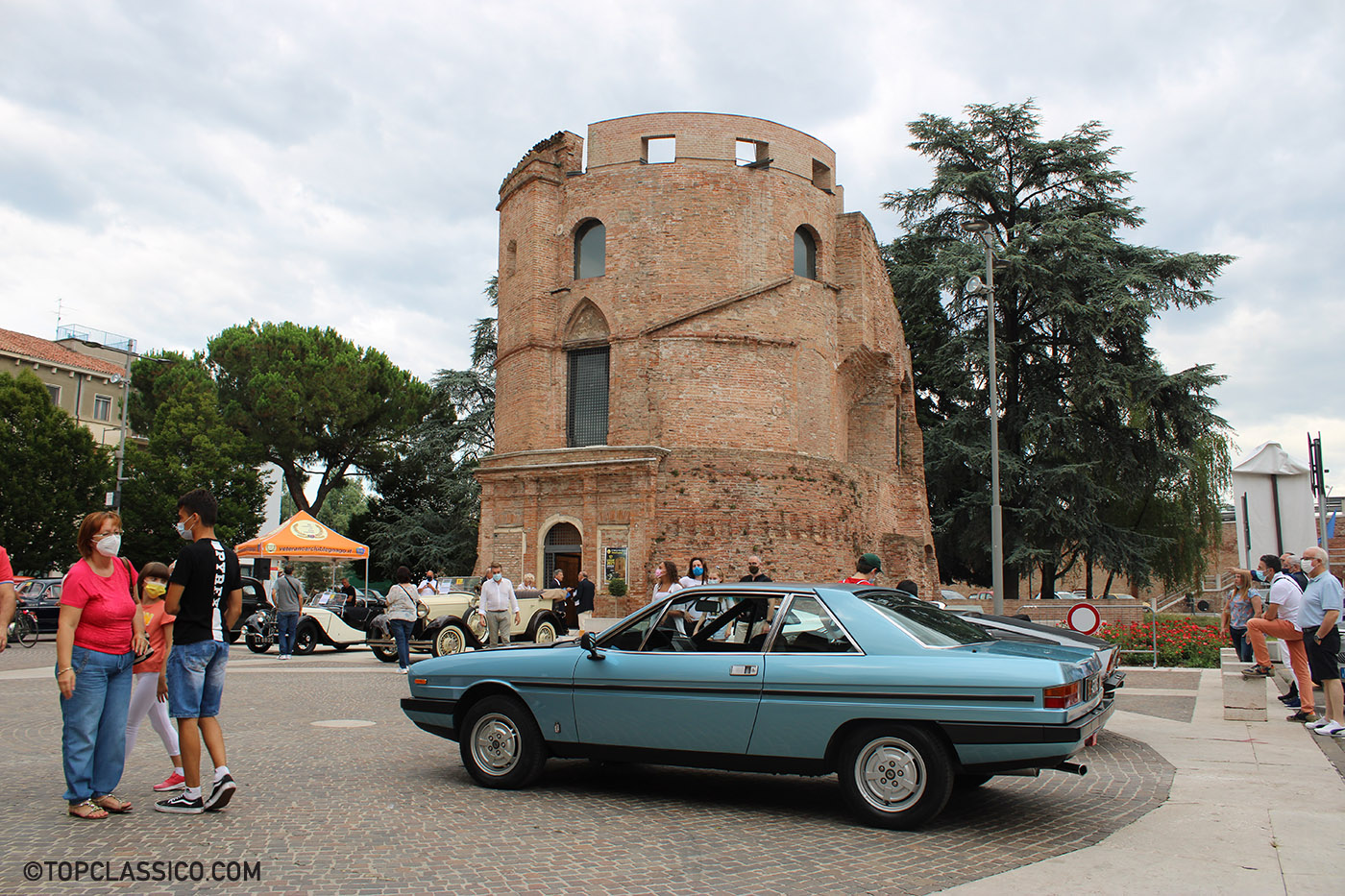 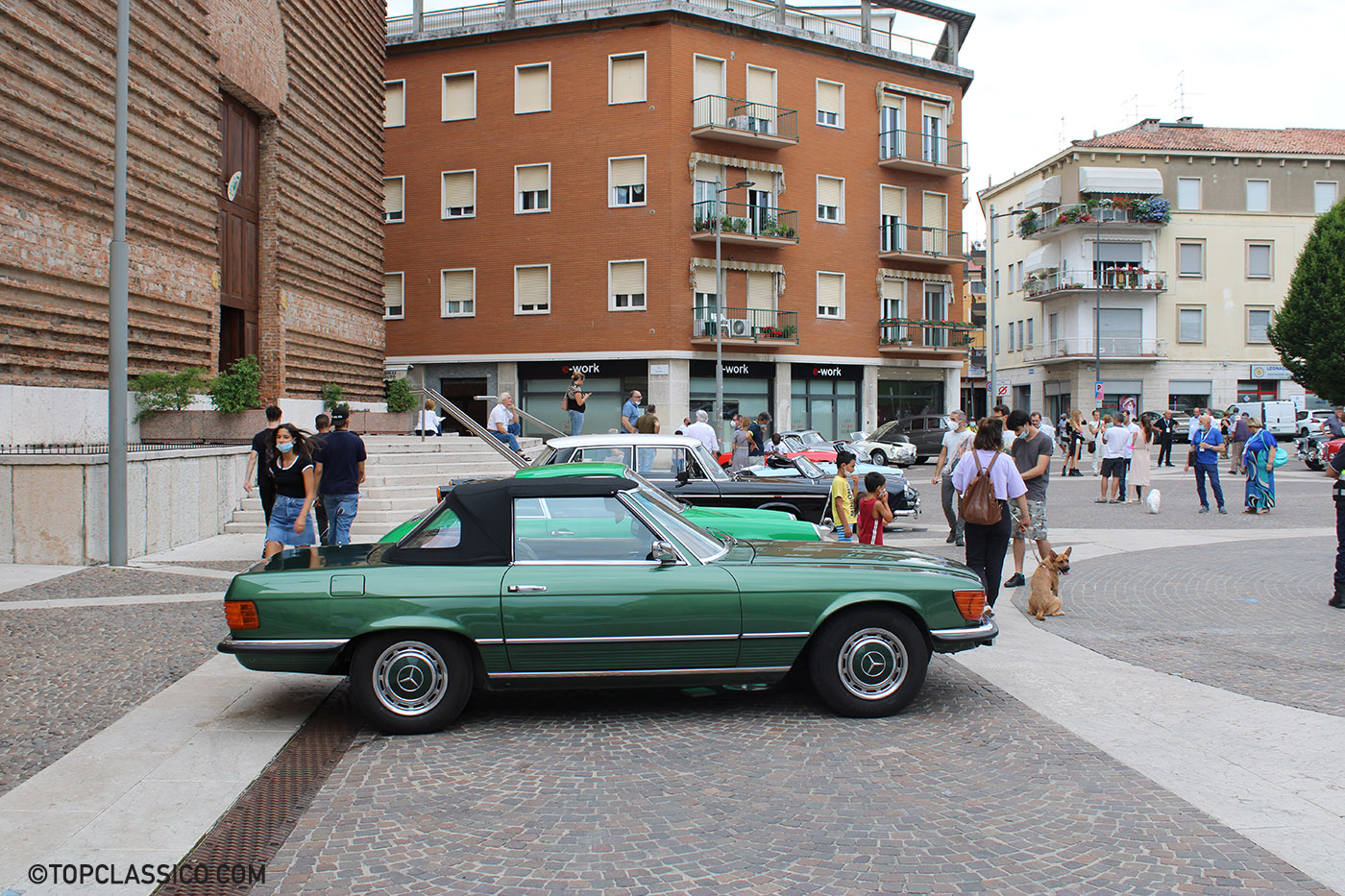 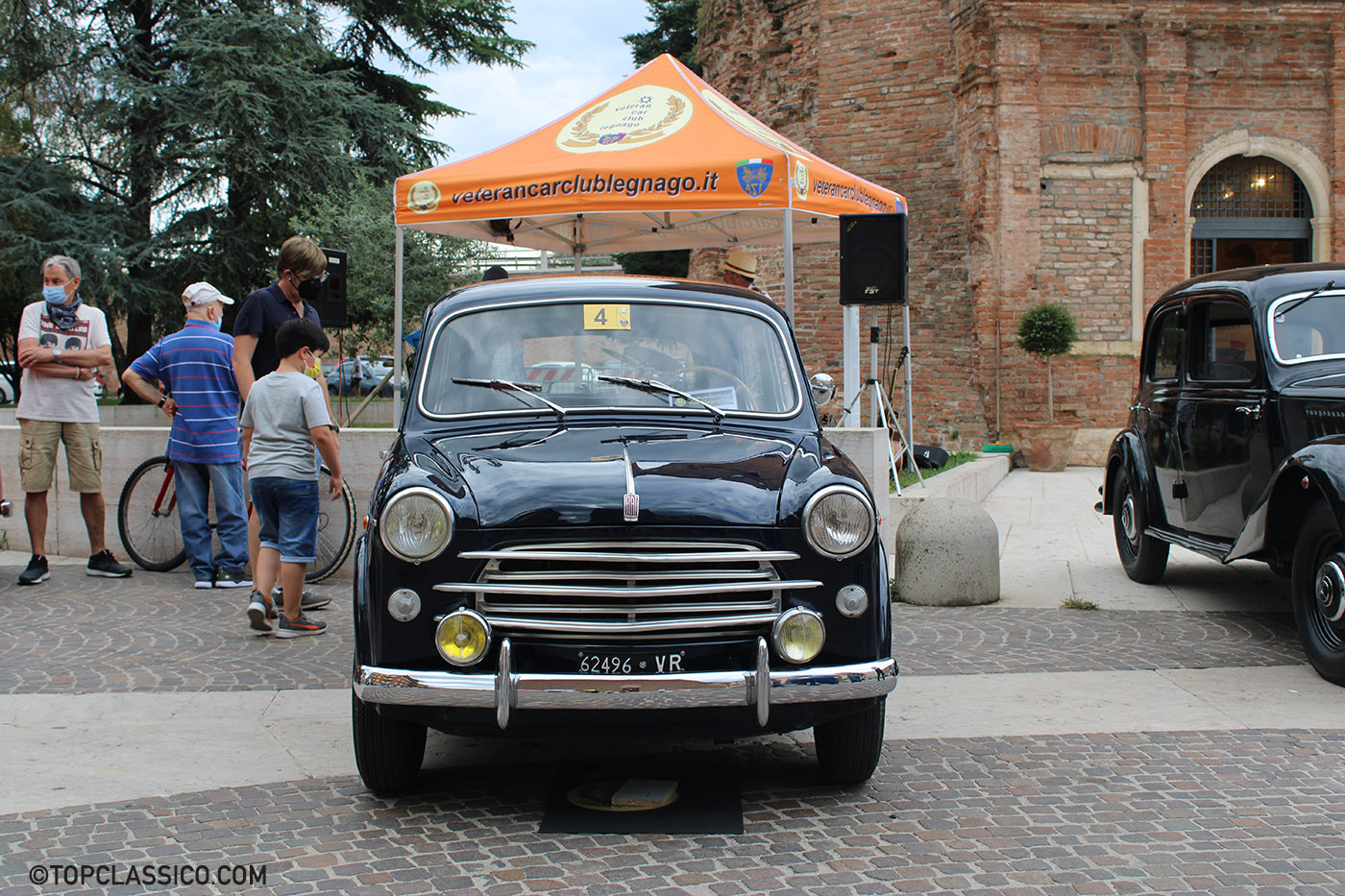 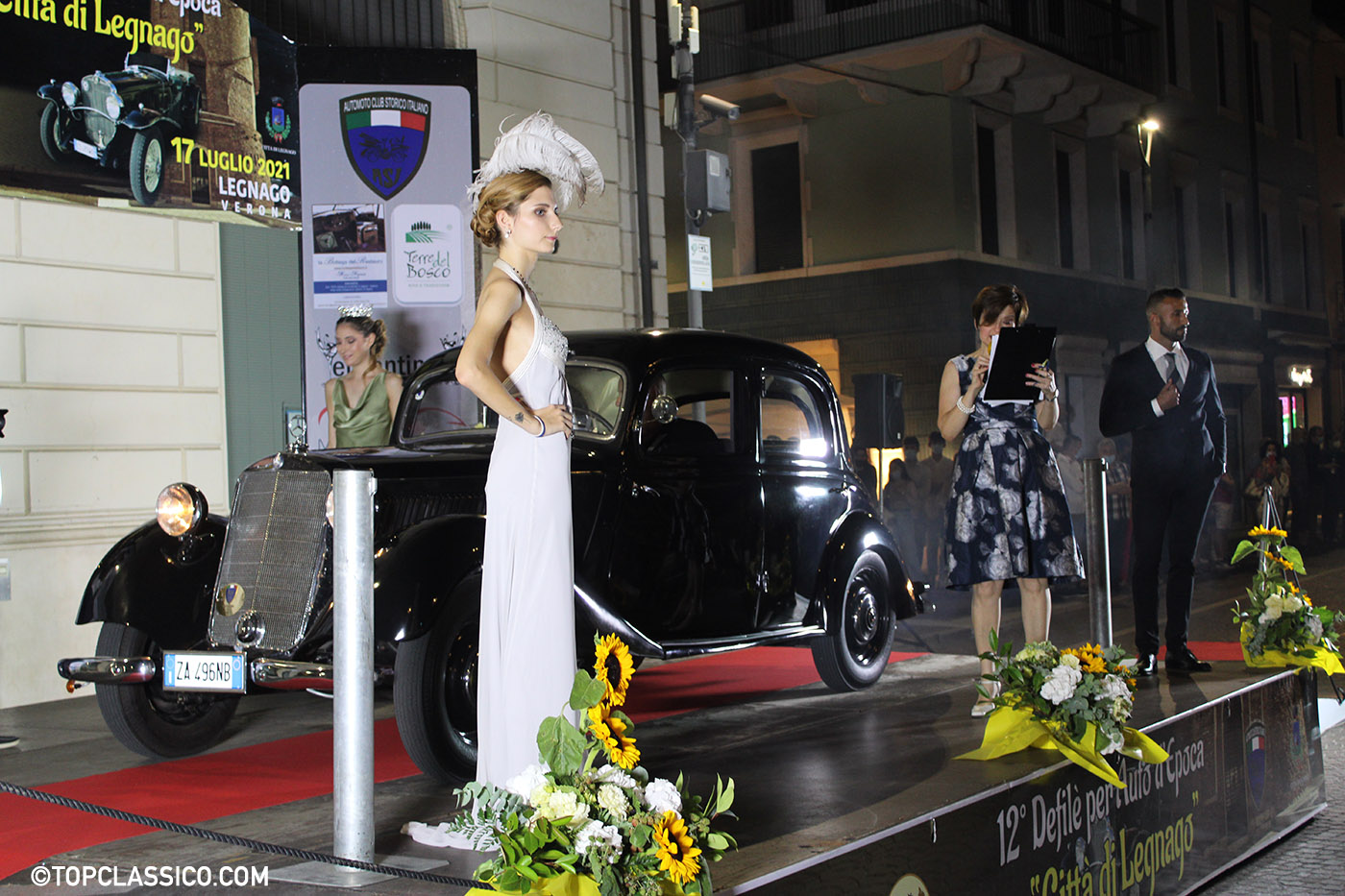 Awarded under the spotlights. These are the other class winners: a 1935 BSA Scout first series won the Vintage class and a black 1989 Jaguar XJS Convertible won the Instant Classic category. To stay on the British theme, the public was also able to delight their eyes with a splendid Jaguar XK 140 which was awarded the social prize of the Historic Car Club of Verona. Then there was a great 1990 Lotus Esprit, a 1958 MGA Twin Cam and a Triumph Spitfire 4 MK II. Top of the cake, a superb 1975 Rolls Royce Silver Cloud brought back to the original gray color. While the American 1929 Dodge Brothers DA Six arrived from Ferrara received a special prize which was a tribute to the Legnago born driver Gastone Zanarotti passed away in 1999. And now we arrive to the Germanic side of the parterre, which saw the participation of a Porsche 356 B, a 911 S 2200, a beautiful 1938 Mercedes 170 and a 350 SL from 1971 which was restored in the beautiful dark metallic green color, inside and in the capote. And what about the Classic category? The winner was it again, the Alfa Romeo 1900 Super which took the final victory. Its name is Sophie (cars are female in the Italian language): the current caretaker gave it this name, in fact, suitable for a lady of great charm.