Symbol of technical innovation, the Lamborghini Espada has long remained the company’s best-selling model. An ultra-fast GT thanks to the use of the 4-liter Lamborghini V12 engine, mounted in the front position.

Luxury power. From the very beginning of his adventure as a car manufacturer, Ferruccio Lamborghini had the goal of producing the best GT in existence, which is fast but also comfortable and luxurious. Well, the Espada 400 GT, presented at the Geneva Motor Show in 1968, represented this achievement at its best for over a decade. Four adults comfortably seated in the cockpit, and the space was more habitable for both passengers and luggage than the previous 2 + 2 400 GT and 2 + 2 Islero 400 GT. The Espada also had very high level finishes, with extensive application of leather and noble materials, and the possibility of installing air conditioning. Power steering was introduced as an accessory in 1969 and became standard in 1972. Since 1974, it has also been available in an automatic gearbox version. 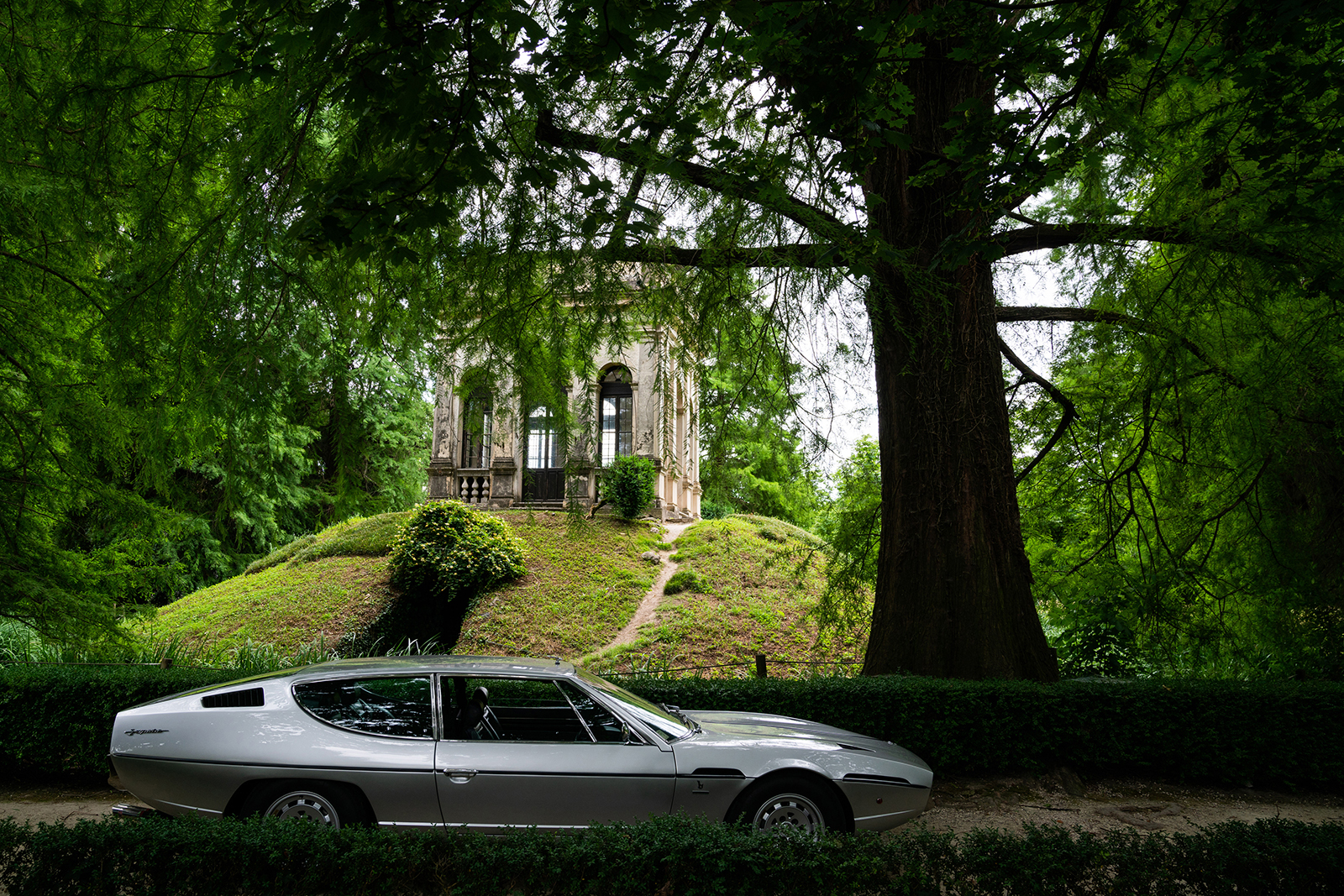 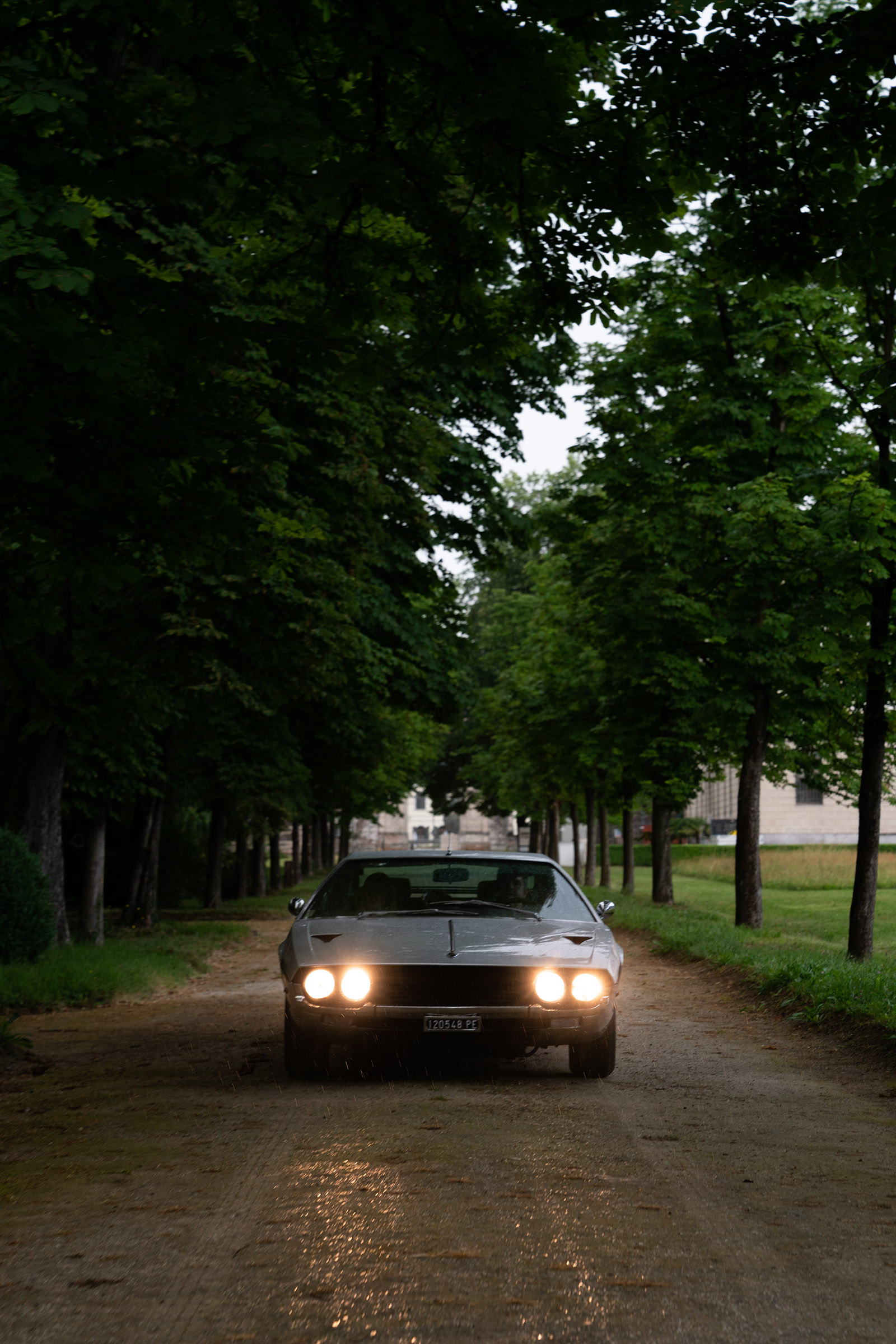 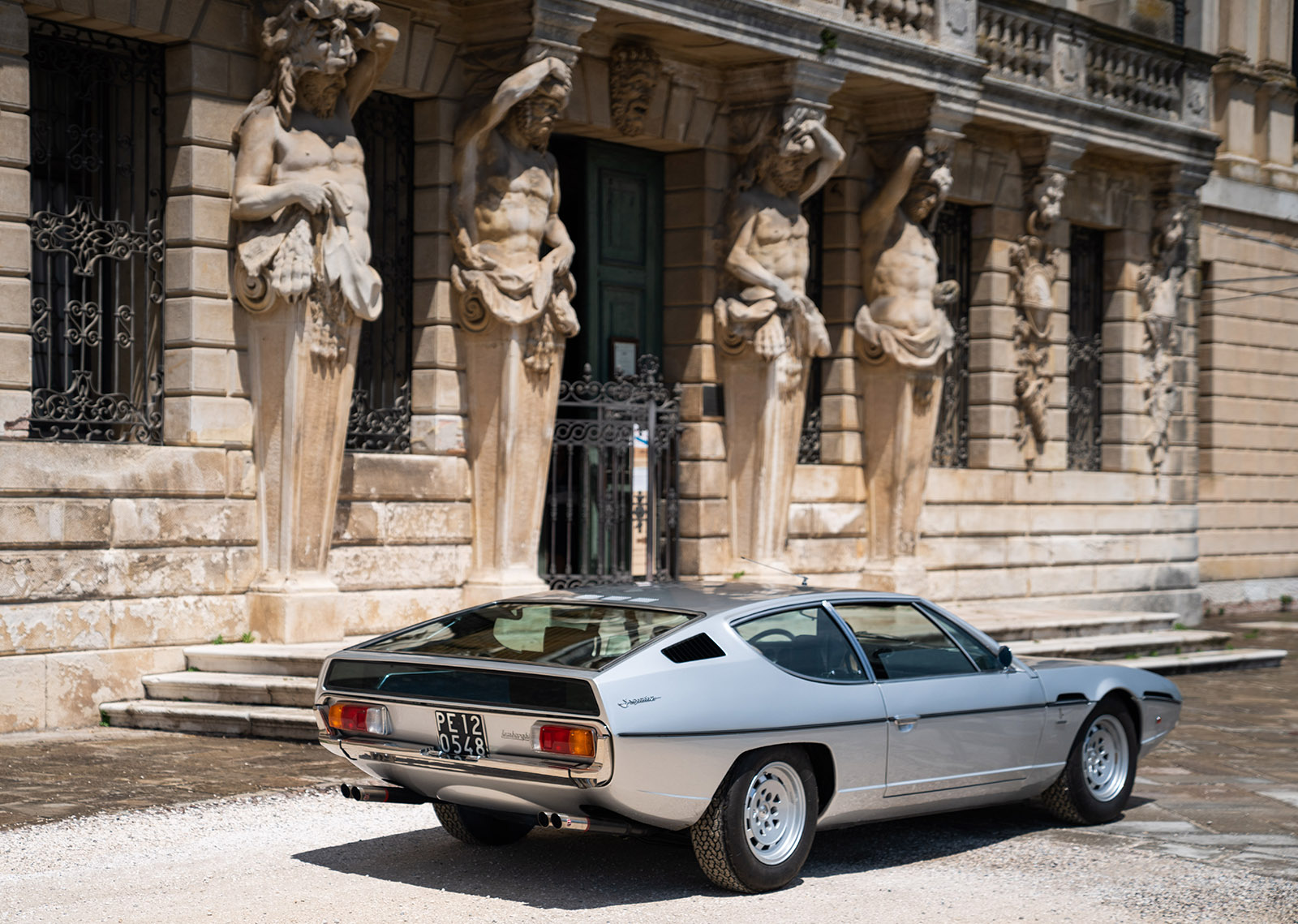 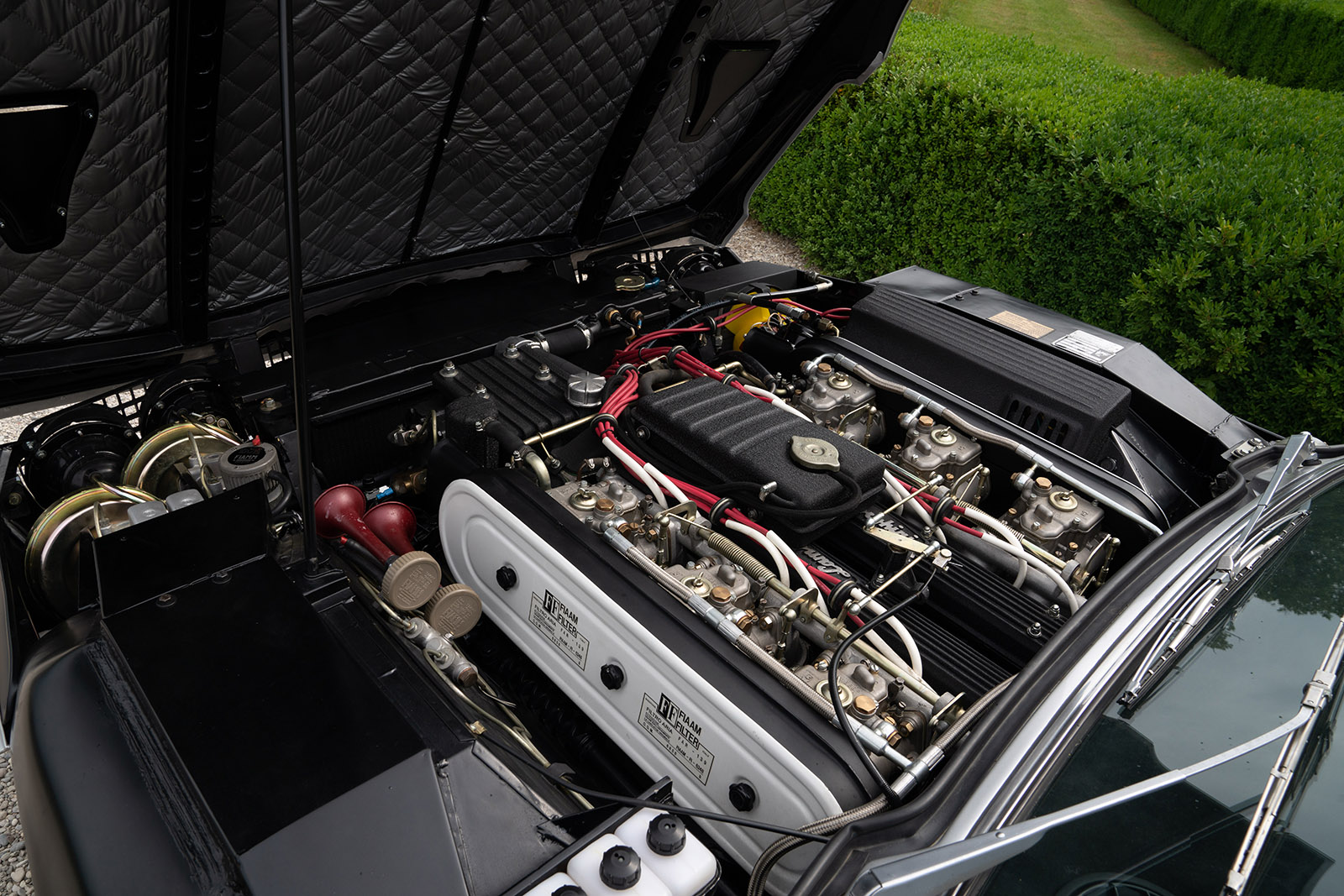 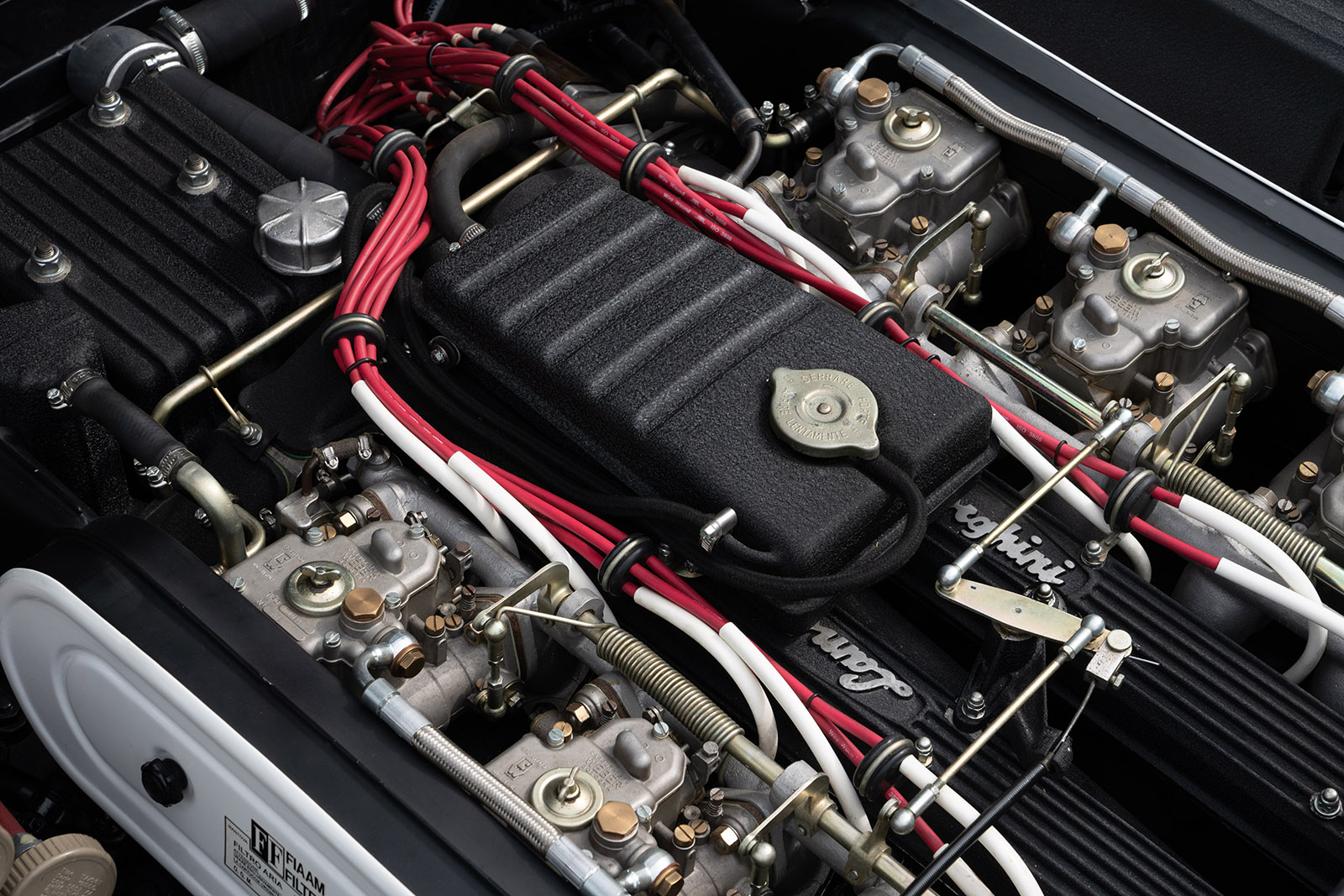 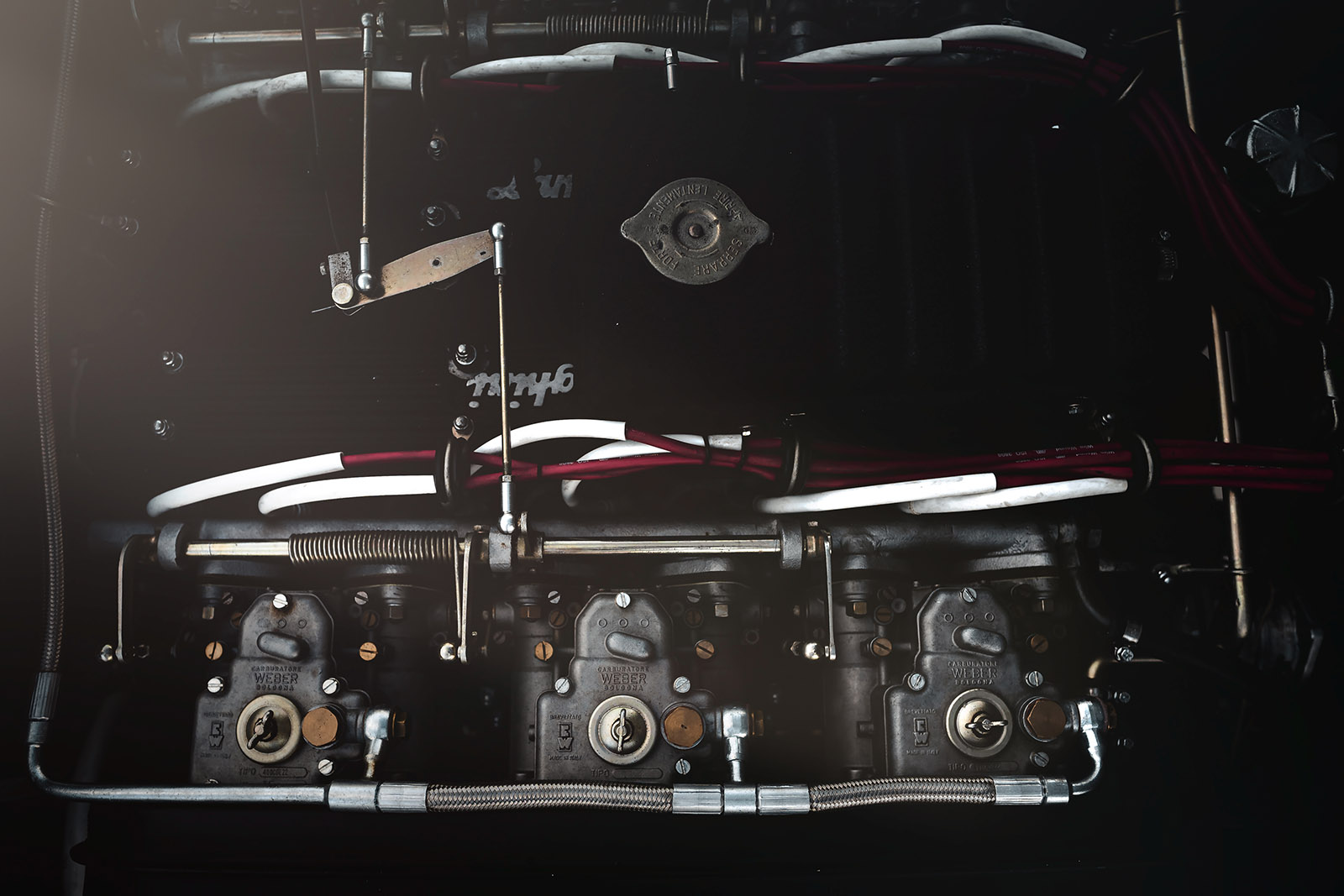 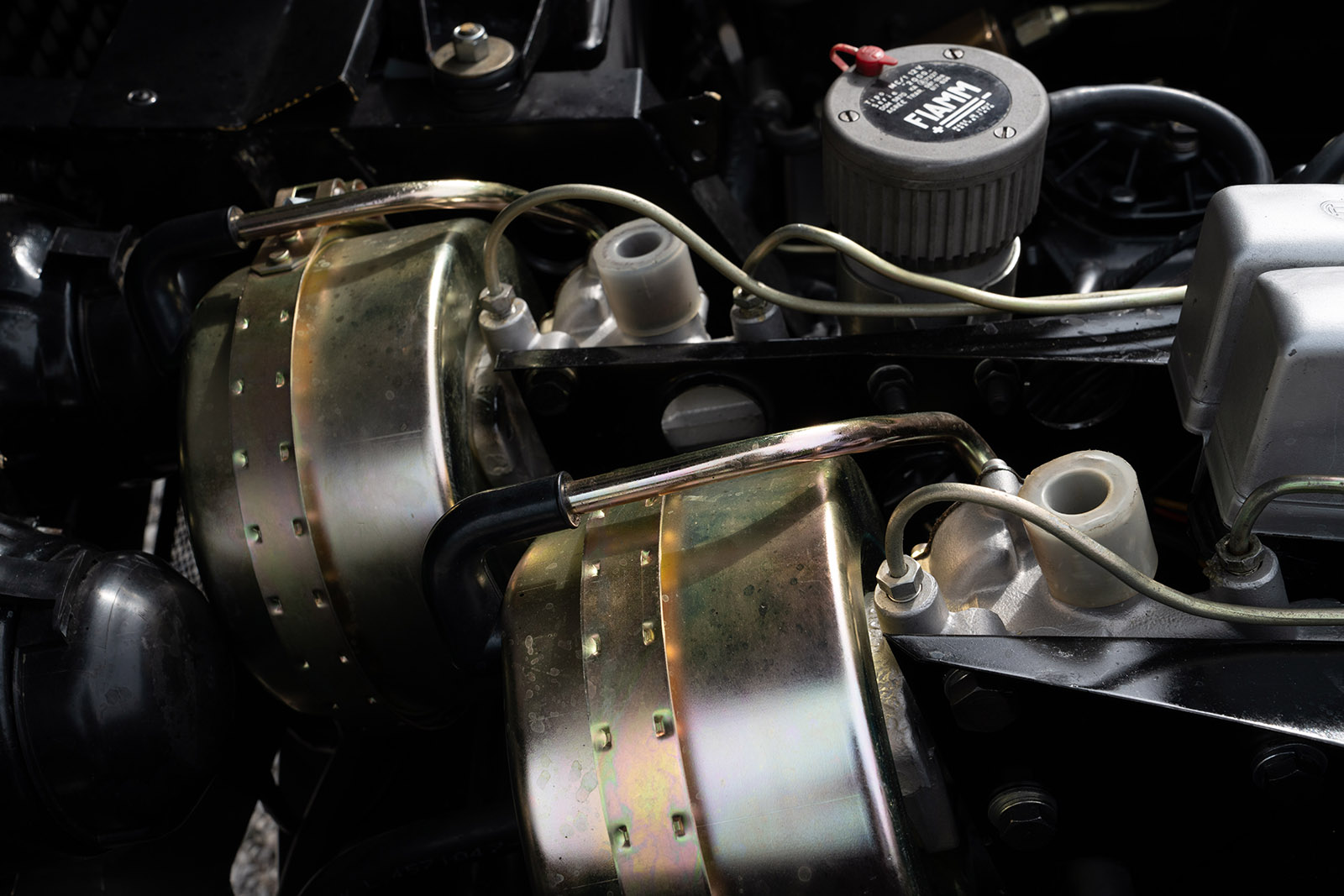 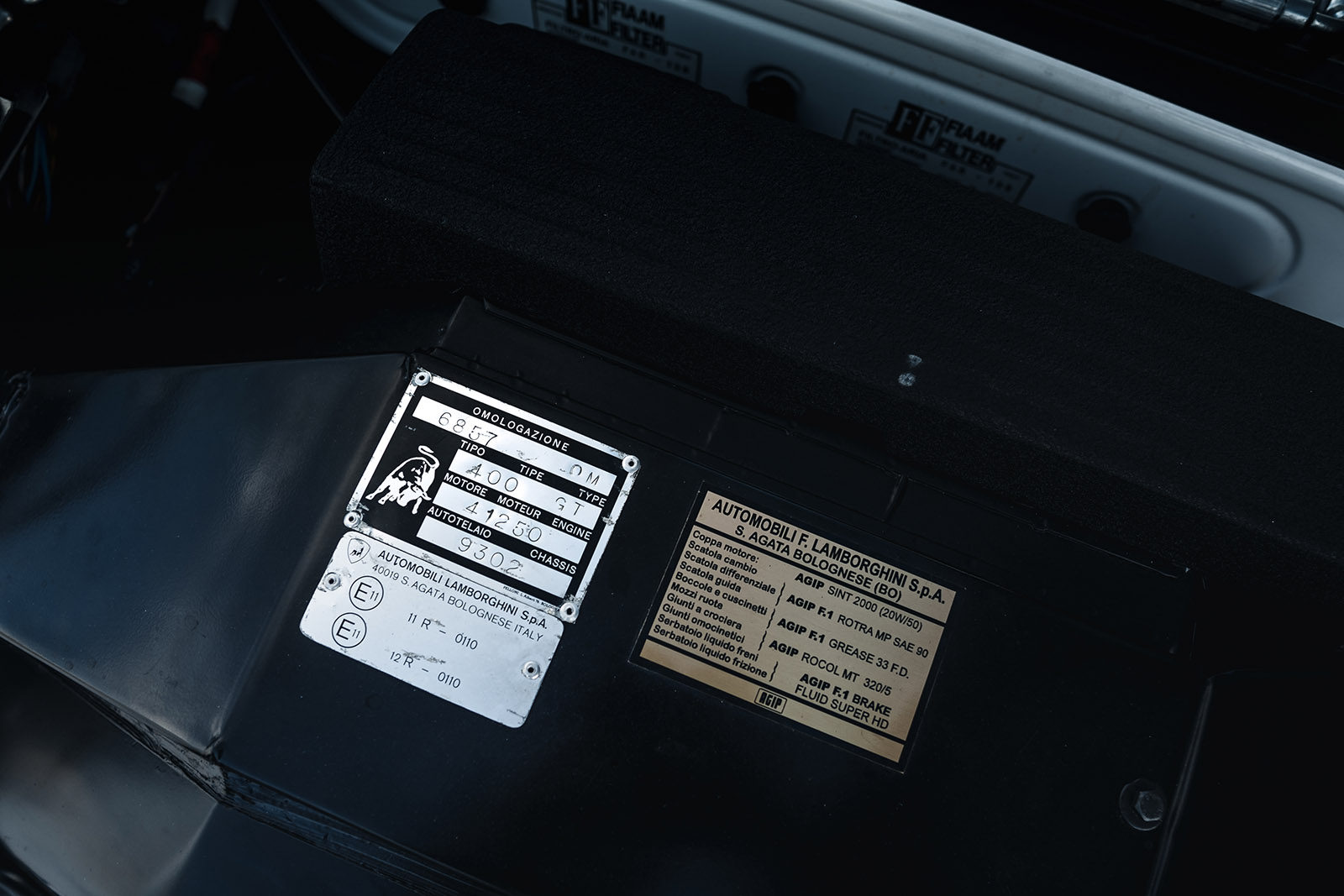 Expanded thruster. The technical basis of the Espada is the 60° V 12 cylinder engine, born in 1963 with a capacity of 3.5 liters and brought, already in 1964, to 4 liters (3929 cc). It is an extraordinary example of engine technology, capable of developing 325 HP at 7200 rpm, which later became 350 HP at 7500 rpm. on the Espada Series II, introduced in 1970. Powered by 6 horizontal Weber 40 DCOE carburettors, the V 12 has a compression ratio of 9.5: 1, which will be increased to 10.7: 1 starting with the Series II, and adopts double overhead camshaft distribution for each bank, controlled by chain. It has a low weight, 232 kg, thanks to the large aluminum composition, as well as the cylinder head, also the crankshaft and pistons. It is mounted in the front position, slightly forward compared to the previous Lamborghini 350/400 GT in order to improve the roominess of the car. The engine is also easily accessible thanks to the wide opening of the aluminum engine hood. 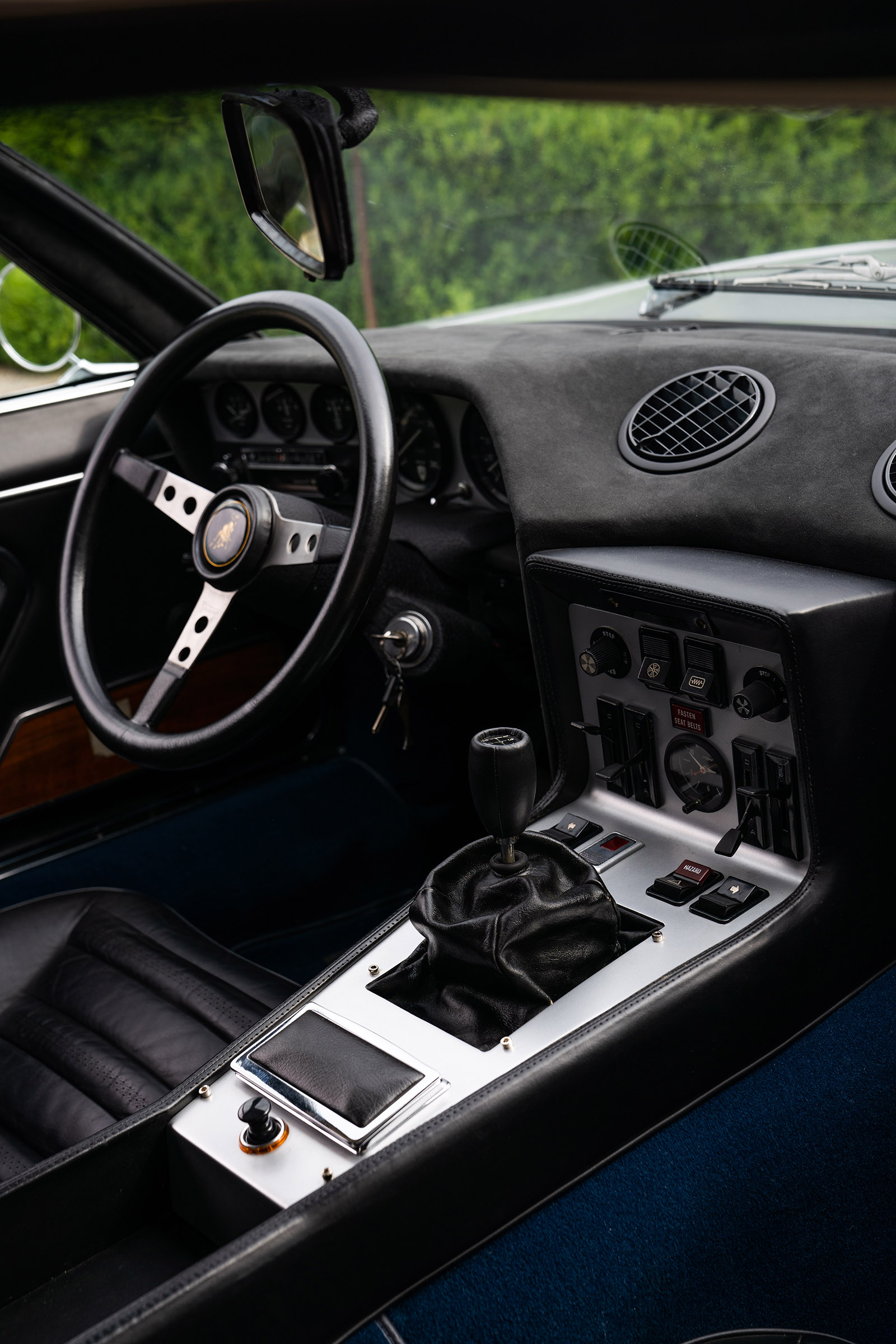 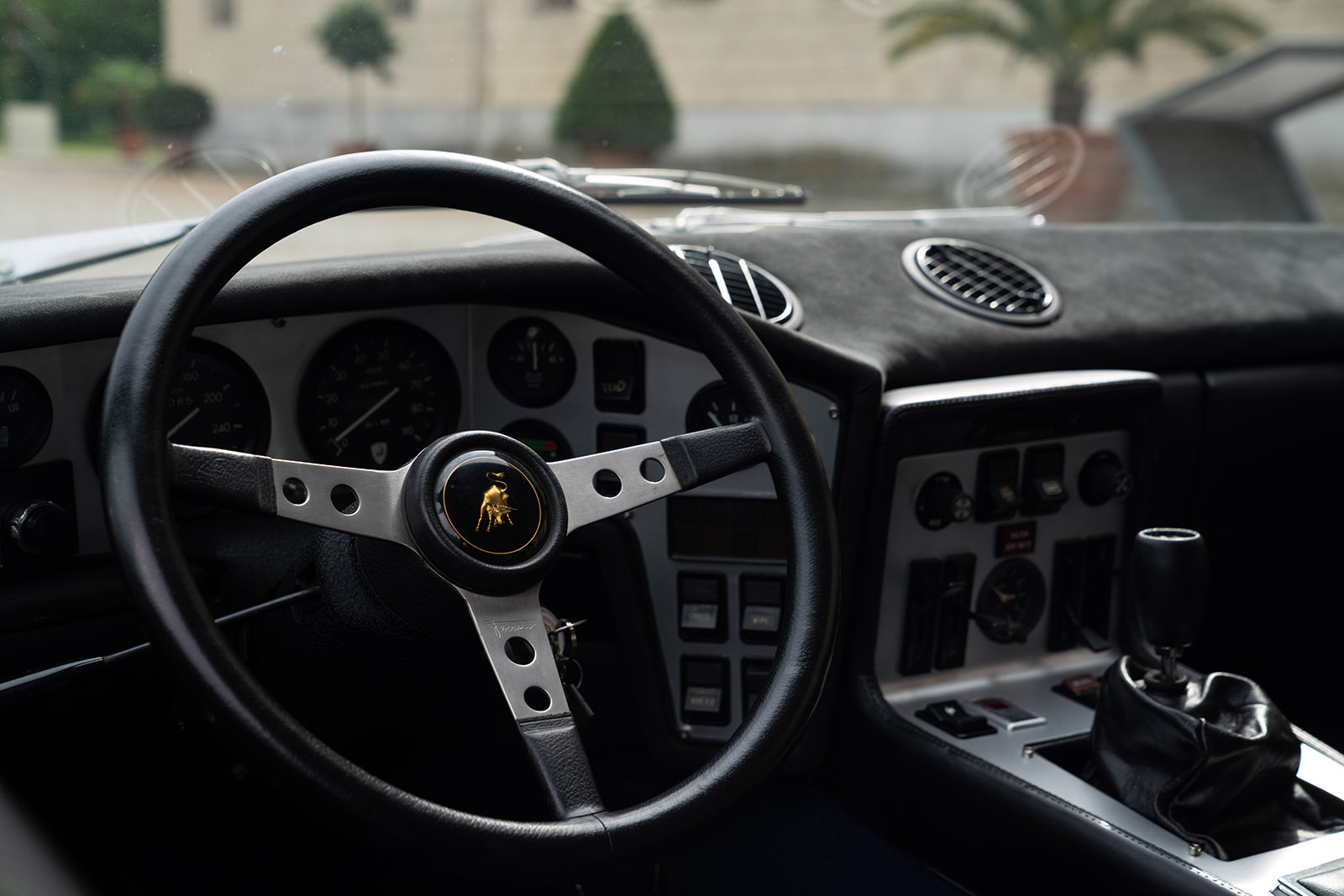 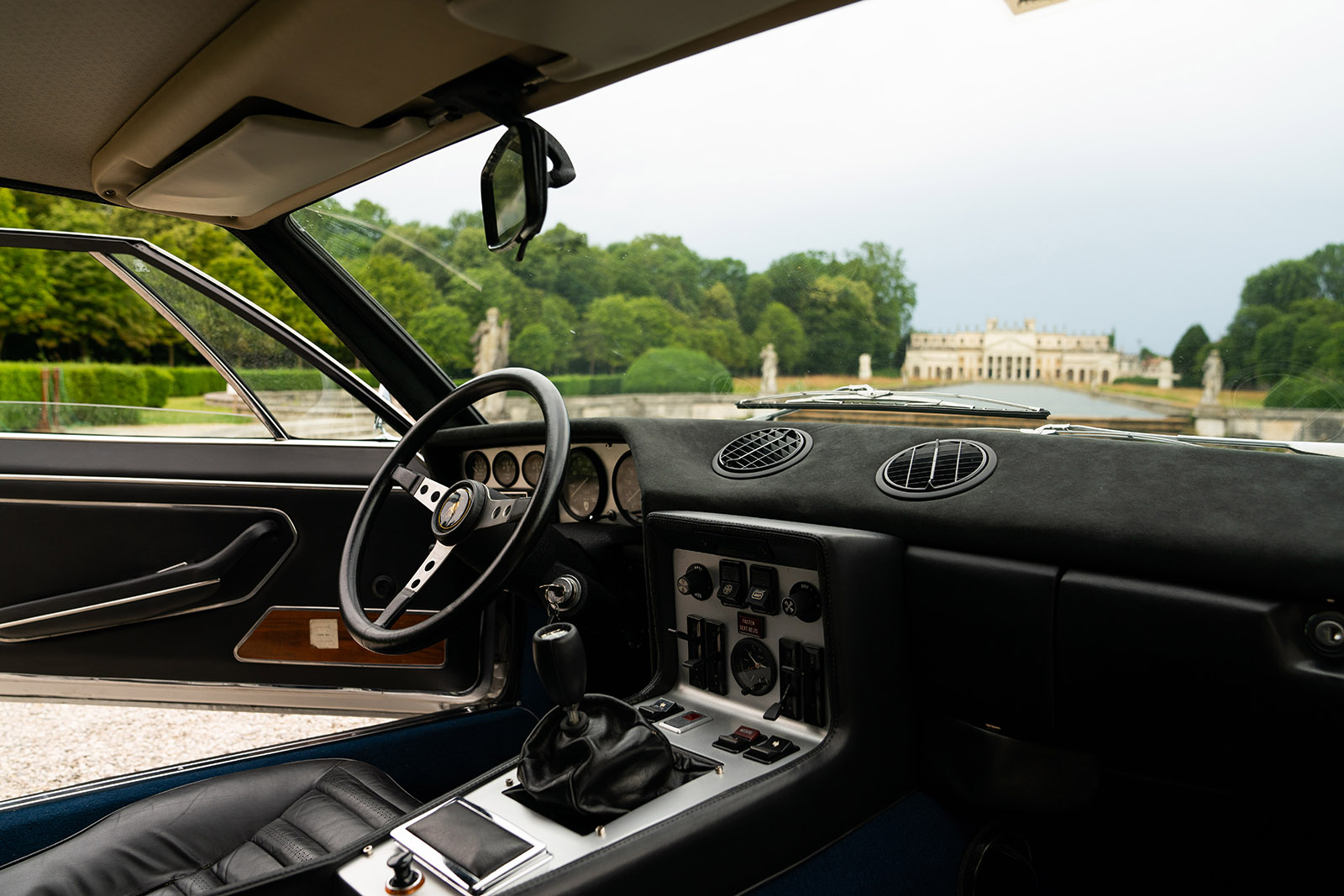 At Miura’s pace. Derived from the chassis of the 400 GT, the chassis of the Espada is longer, with the wheelbase increased to 2650 mm, and has also been widened, with the track widths increased to 149 cm. The suspensions are 4 independent wheels with double wishbones and coil springs. In November 1968, a “Lancomat” Espada equipped with hydropneumatic suspension was shown at the Turin Motor Show. A system that was offered as an on-demand set-up but was actually not very popular. The Espada reaches a top speed between 245 and 260 km / h, thus keeping up with the sportier Miura in most conditions of use.

Roaring charm. At the time of its unveiling, the Espada is the fastest 4-seater car in the world. Characterized by a square and extremely innovative line, the work of Carrozzeria Bertone, it proves to be a lasting commercial success. Its versatility and internal space, despite its low height of only 119 cm, make it suitable for frequent use. 1,226 units will be produced divided into three series: Espada 400 GT Series 1, from 1968 to 1969 in 176 units, the Espada 400 GTE Series II, from 1970 to 1972, in 578 units and the Espada 400 GTS Series III, from 1972 to 1978, in 472 copies. 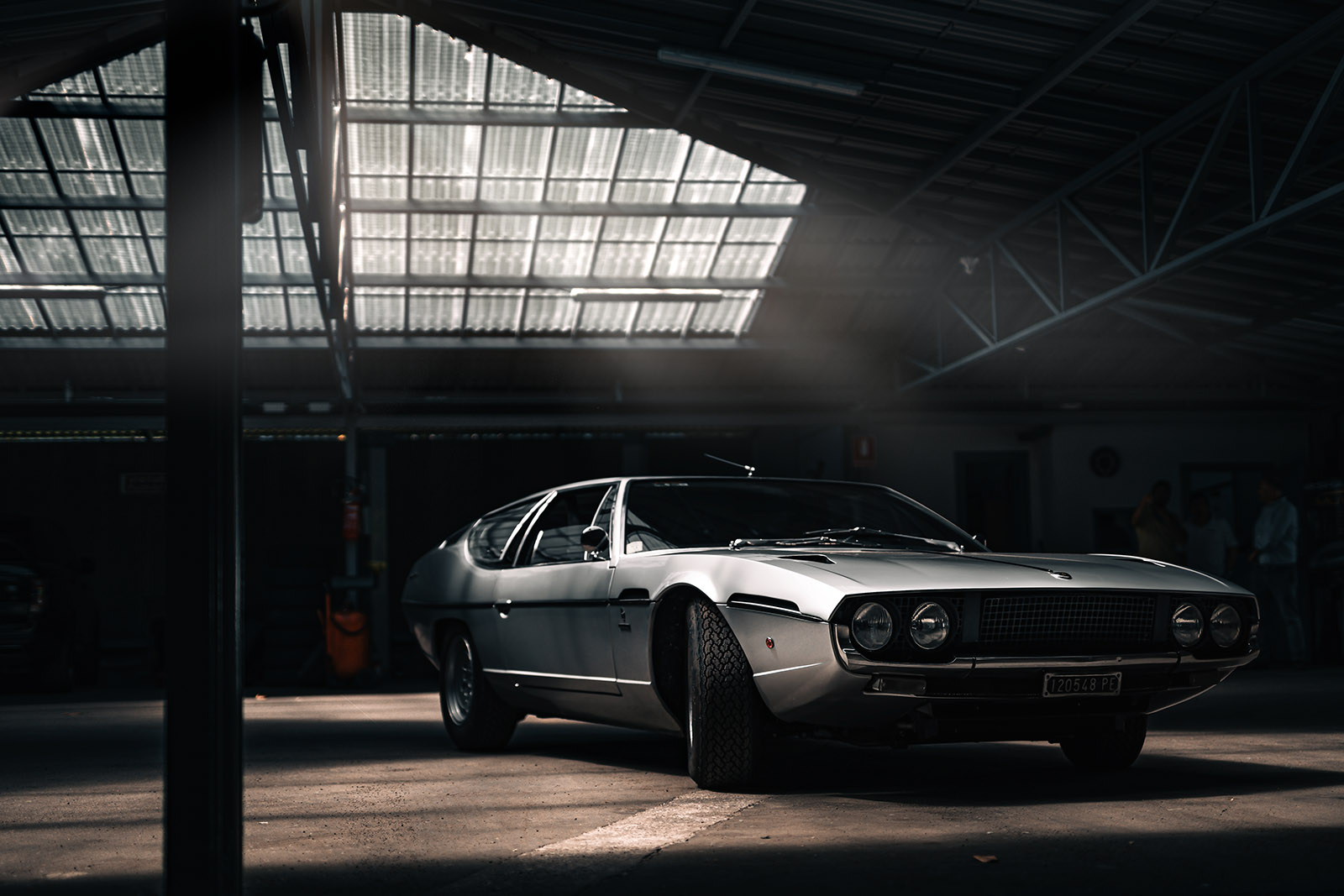 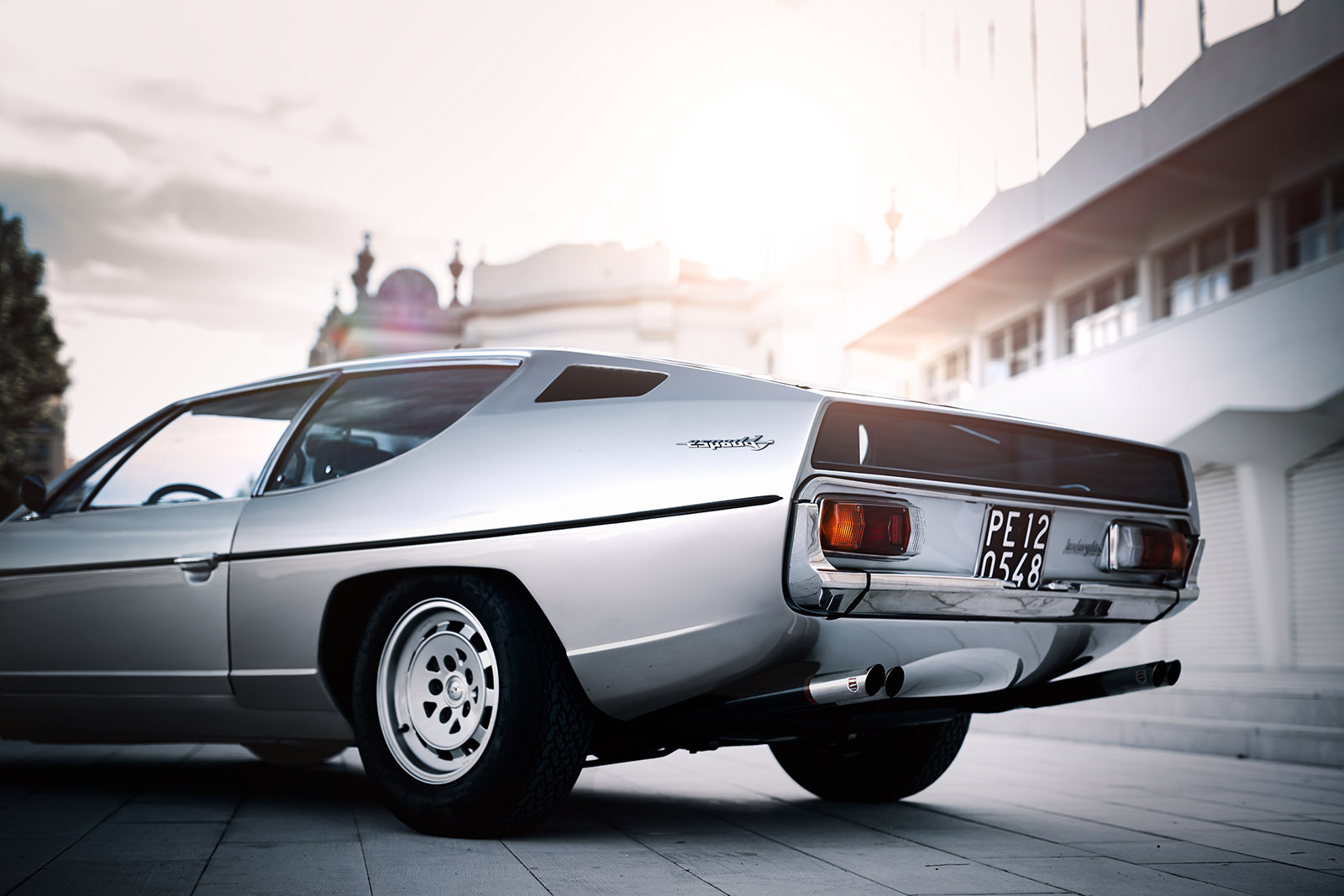 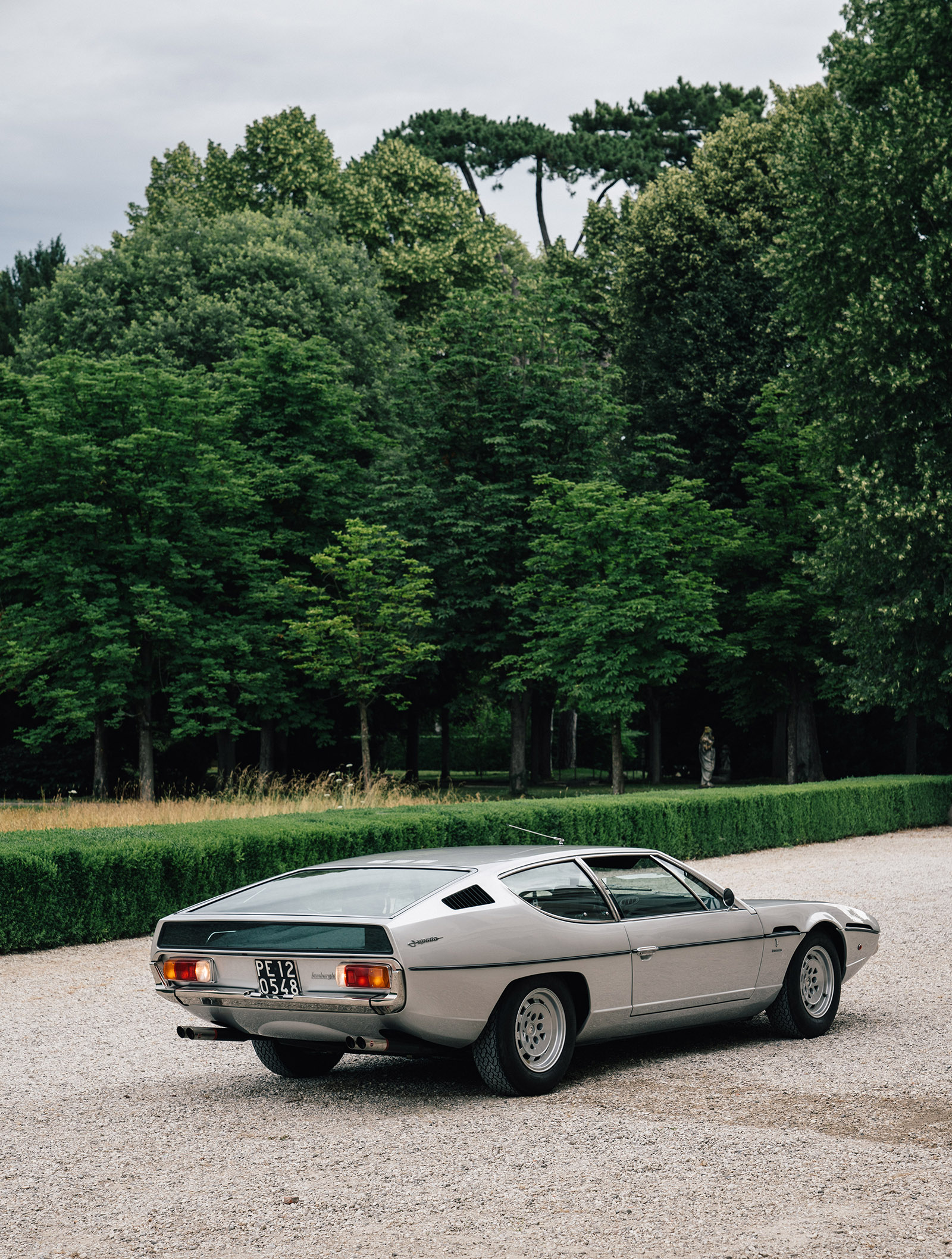 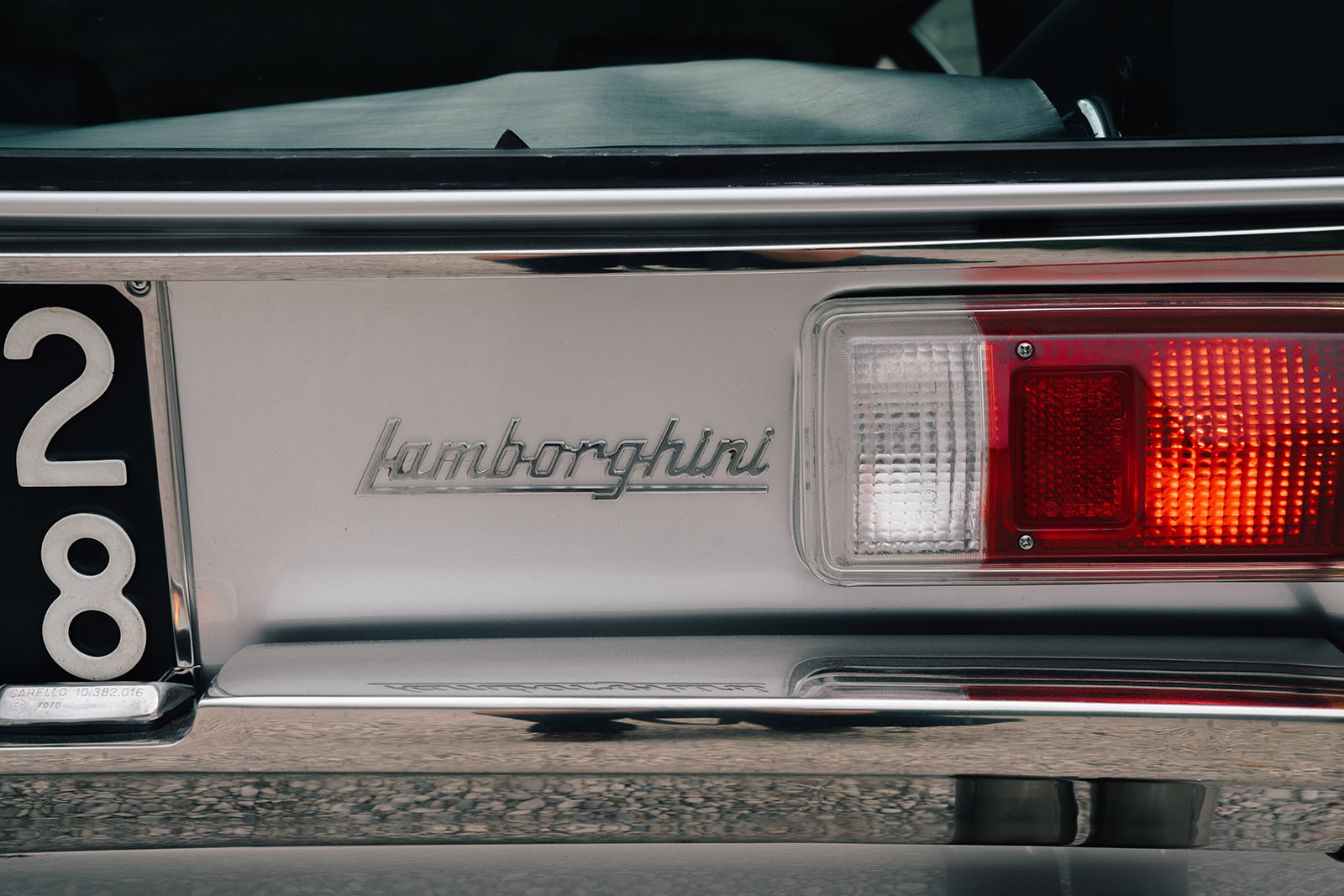 VIP lounge. In 1971, the Espada VIP was presented, of which only 12 examples will be produced. This is a special series based on the Espada 400 GTE Series II, initially characterized by a dedicated orange color and interior upholstered in two-tone orange / black leather, but later also made in other combinations. Inside, the VIP version – which is one of the most sought after by Espada collectors – adopts a minibar and a refrigerator, housed in the rear side panels and a Brionvega Algol 11 television placed above the transmission tunnel, intended to entertain the occupants of the seats. rear.

Hit and sunk. Among the celebrities who have owned a Lamborghini Espada there is also the ex-Beatles Sir Paul McCartney. It’s just a shame that his 1972 Series III with right-hand drive and mechanical gearbox ran out of water for three days. The car, red in color on a red leather interior, was in fact put up for sale after Linda, the British musician’s first wife, parked it with the gear in neutral and forgot to engage the handbrake: result, the Lamborghini spun straight into the lake that was nearby. Recovered and put up for sale, it was used by the new owners for several years before being exhibited as “furniture” in an English pub. And in 2005 it passed into the hands of an enthusiast, probably in Austria. 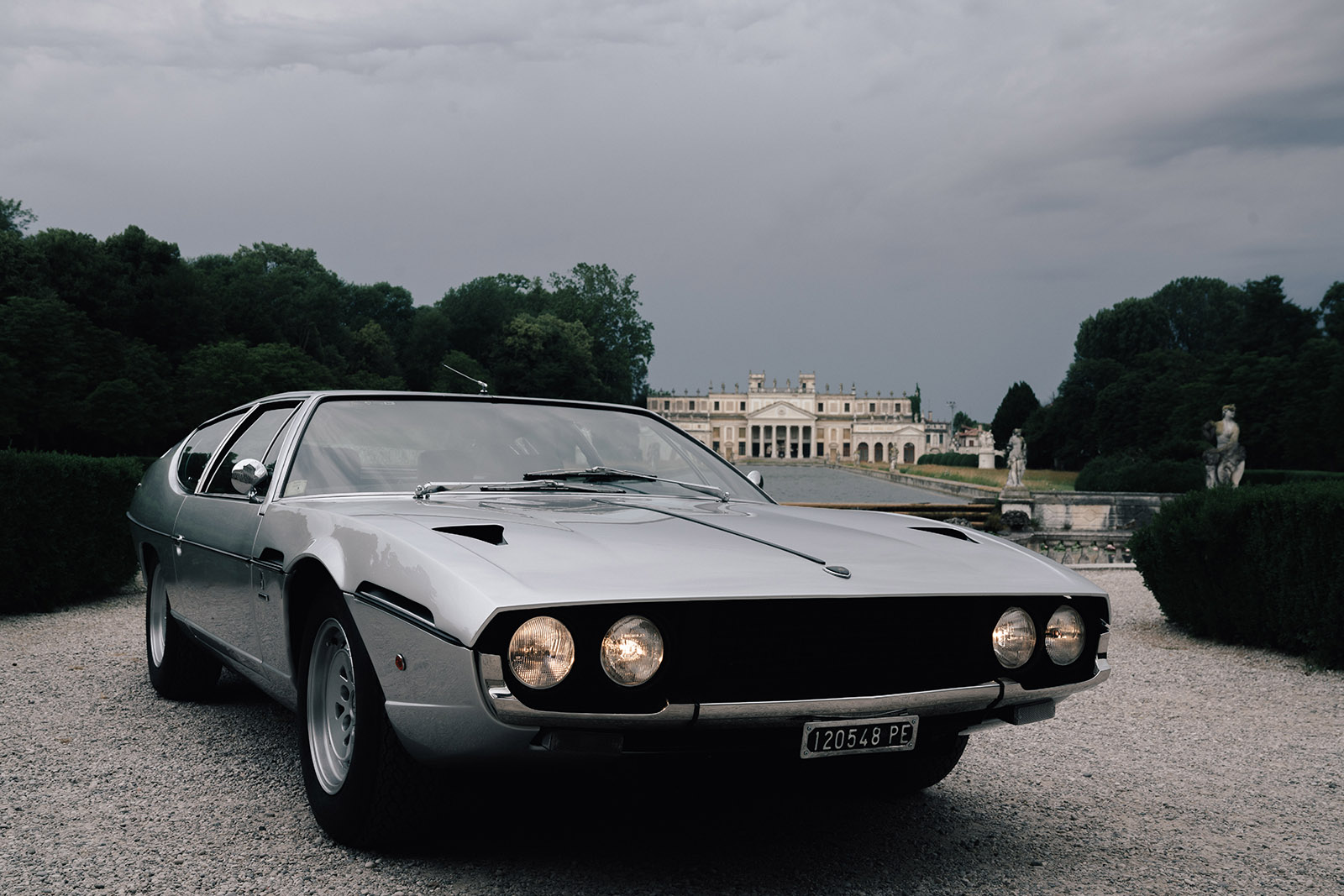 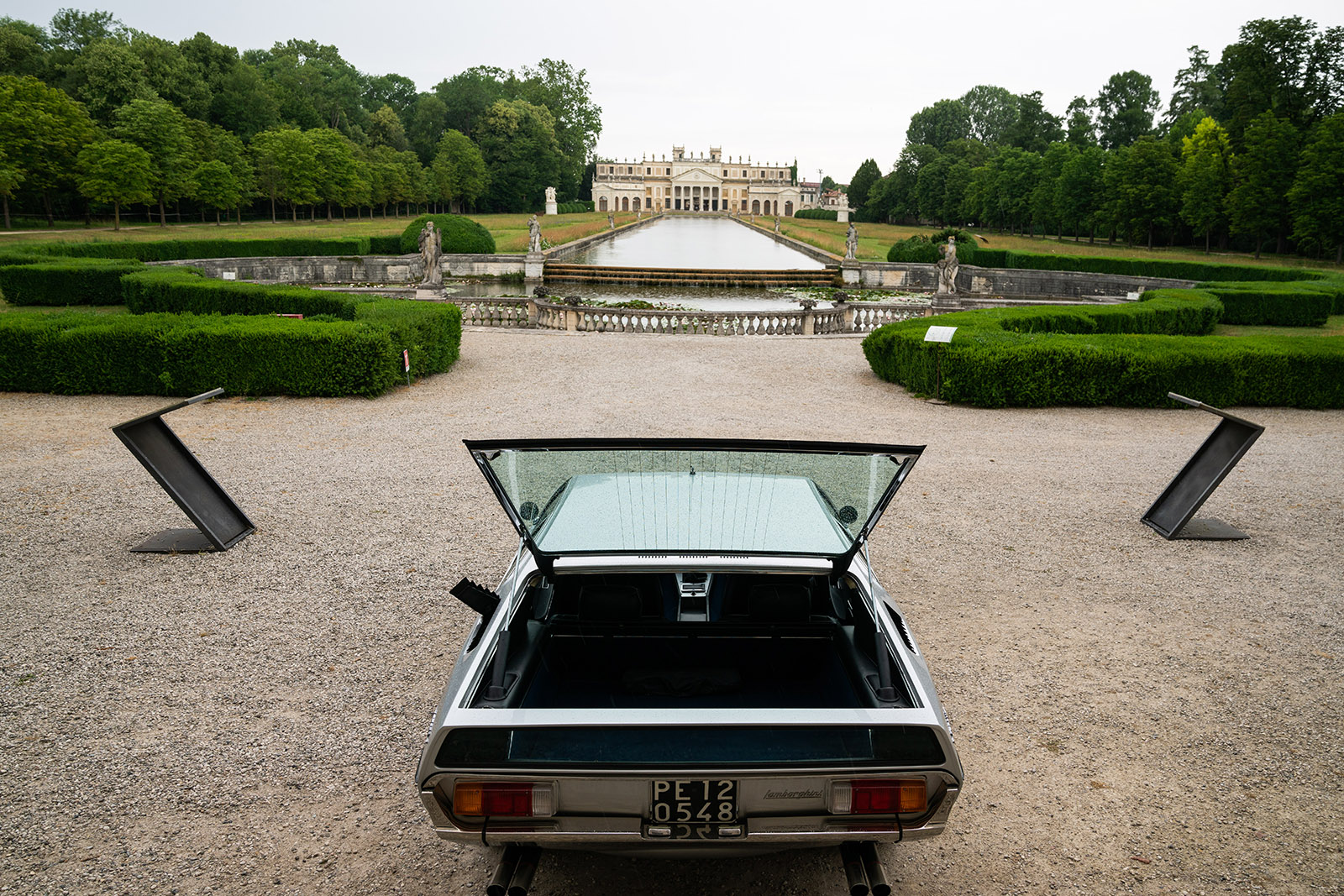 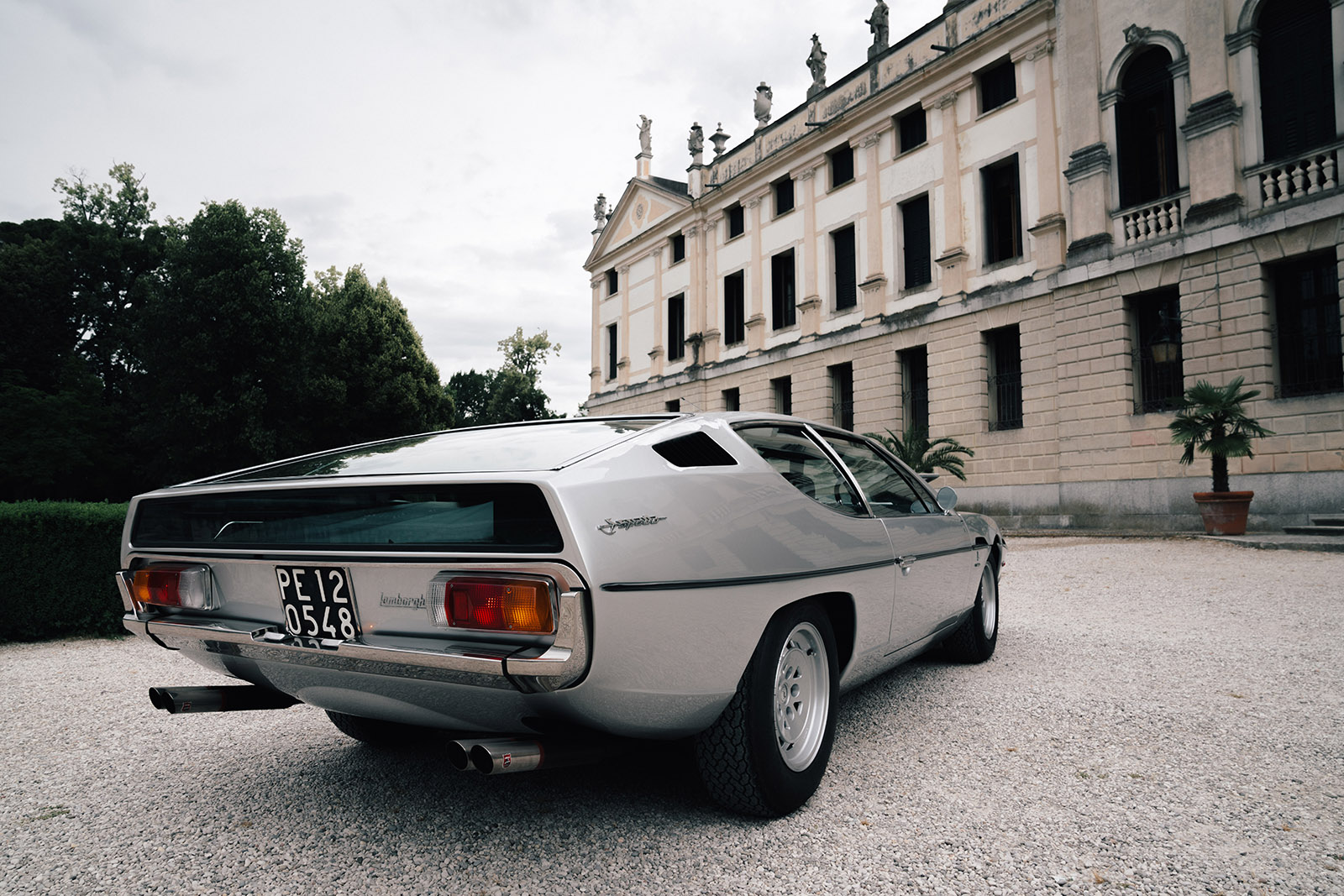 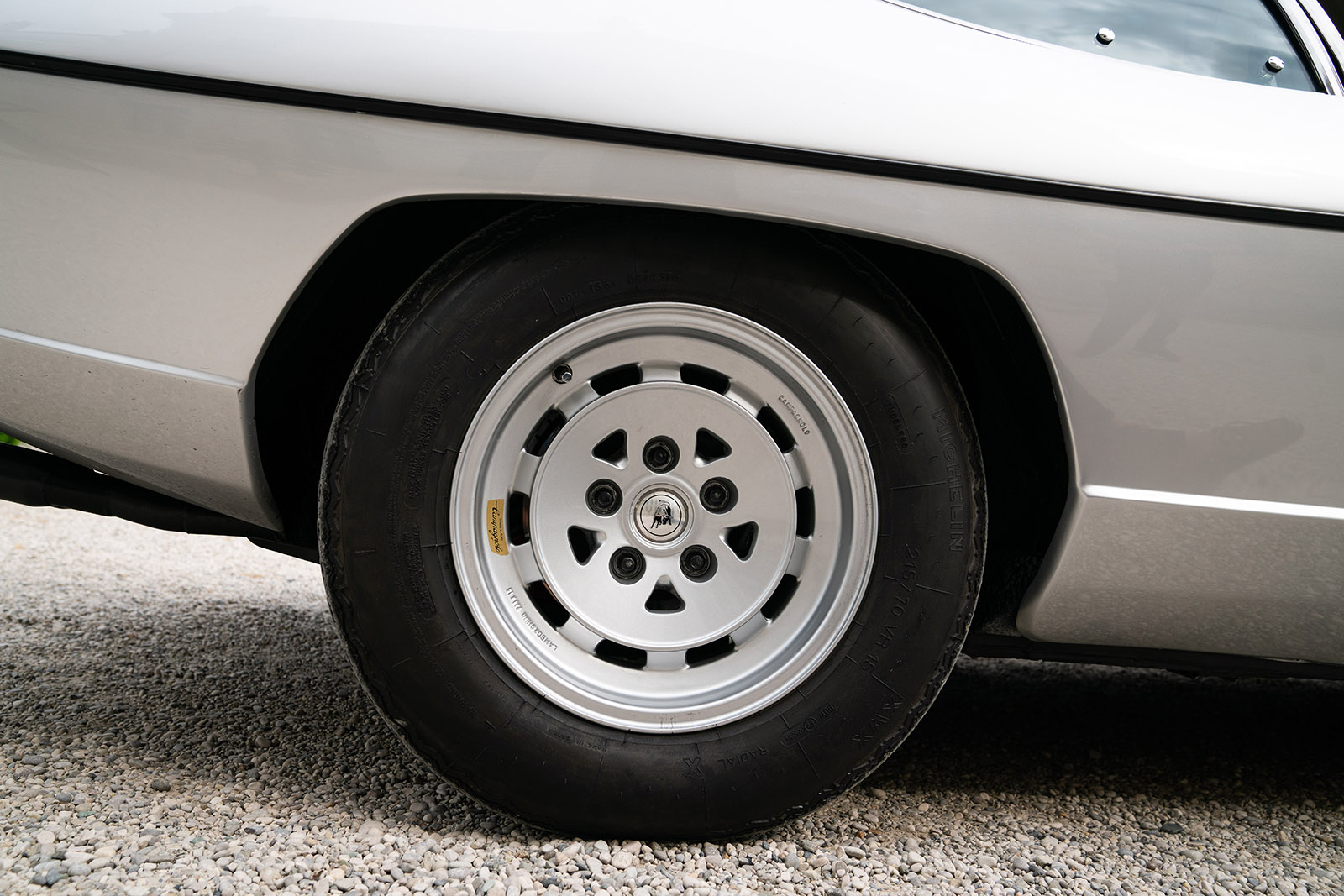 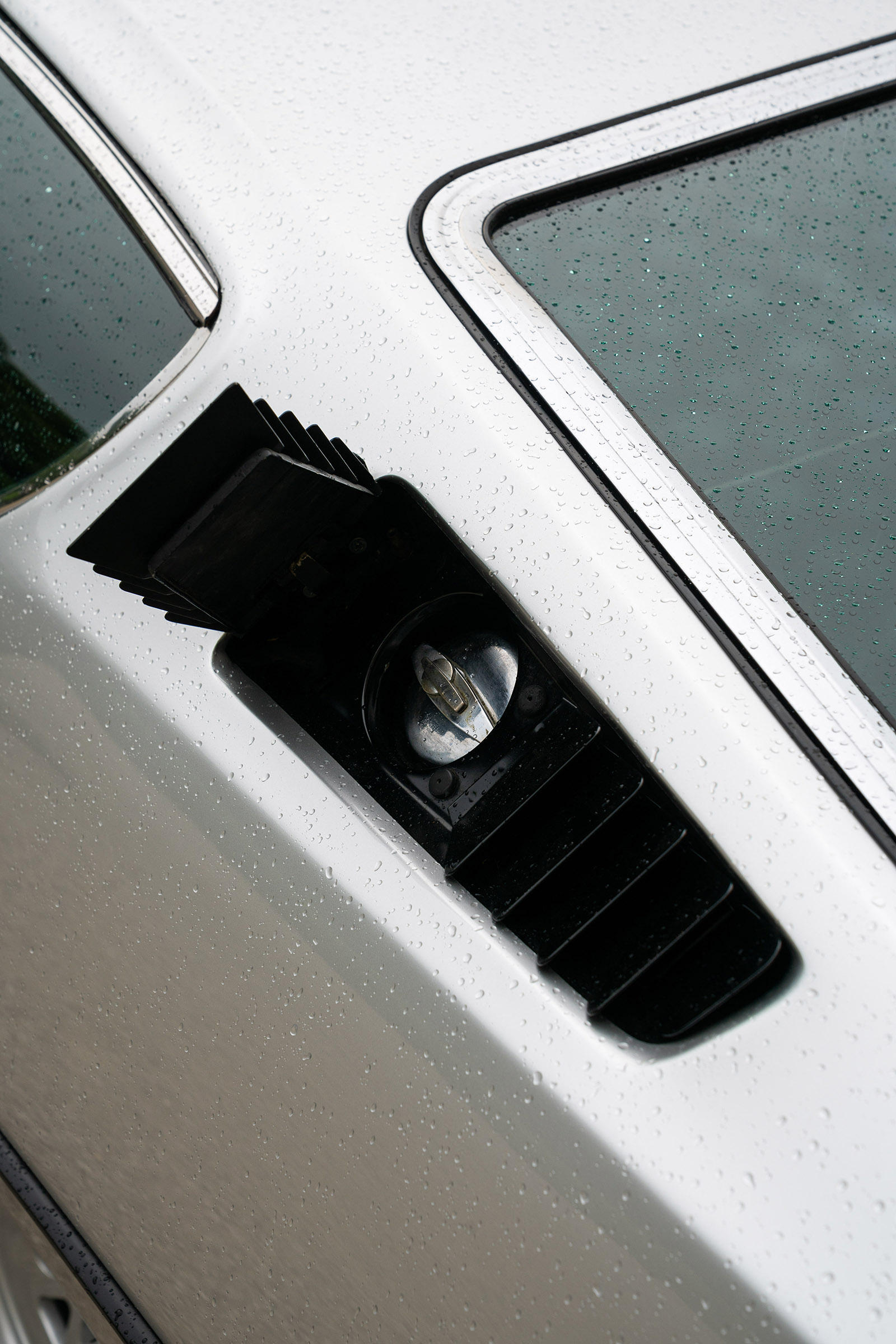 Chased to Posillipo. The former Beatle, a great Lamborghini enthusiast, is not the only famous person to have declared his love for the Espada. Since 1986 the famous American TV entertainer Jay Leno has owned one of the very first Espada Series II, produced in 1969. Even Harry Metcalfe, founder of the periodical EVO, has for many years a 1970 Series II with right-hand drive, with which he participated in the Espada Islero 50th Anniversary event, organized by the Historic Polo of Automobili Lamborghini in 2018. Among the numerous films that have seen the participation of an Espada, the most important are about fifty and among them the most famous is the Italian 1973 Piedone the cop, with Bud Spencer, mostly shot in and around Naples. In one of the main scenes there is a long, spectacular chase of the Lamborghini, which ends in front of the church of Sant’Antonio in the Posillipo quarter after the car has climbed uphill along “the road of the 13 descents of Sant’Antonio”. 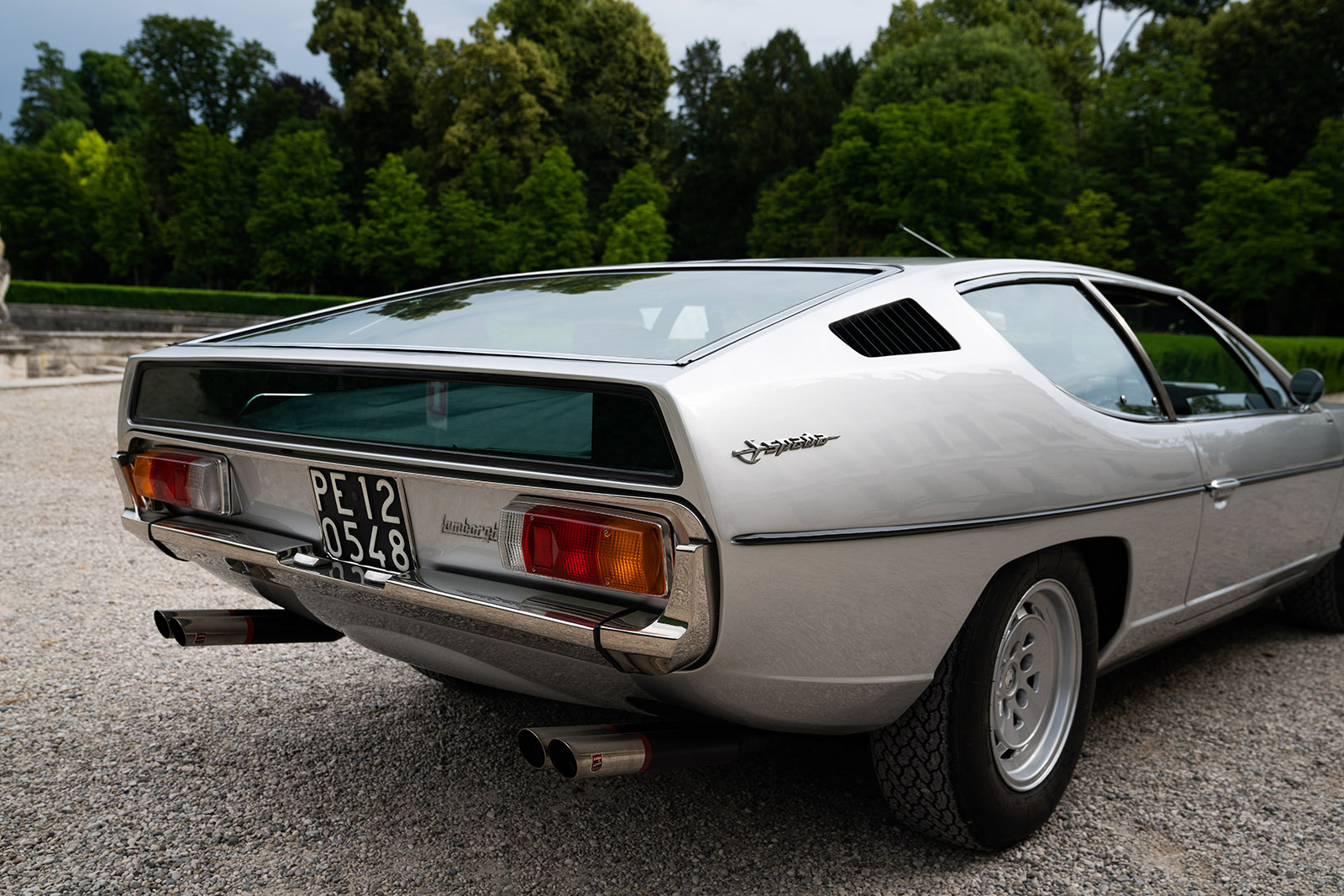