The Registro Storico Gilco (Gilco Historical Register) is a primary source for information on the chassis of the Milanese engineer, also for carrying out checks and for obtaining the certification of your car

With its cold-drawn chromium molybdenum tubes, Gilberto Colombo has developed continuous studies on how to combine lower weight and greater stability with engine power, contributing decisively to the success of many important car manufacturers such as Ferrari, Maserati, Alfa Romeo. But also Stanguellini, Nardi-Danese, Giusti. In addition to Zagato, Ghia and a myriad of artisan preparers and builders. The engineer began to revolutionize the soul of sports cars as early as 1946, at the beginning of the golden season of racing: first by increasing the road holding of traditional Fiat 750 and 1100 chassis and, later, by creating in 1950 the exclusive Tuboscocca model, a complete “cage” aerodynamic structure, which in some cases also included the integral support of the bodywork (Isorigid model). From there, the transition to the most modern tubular chassis was almost immediate. 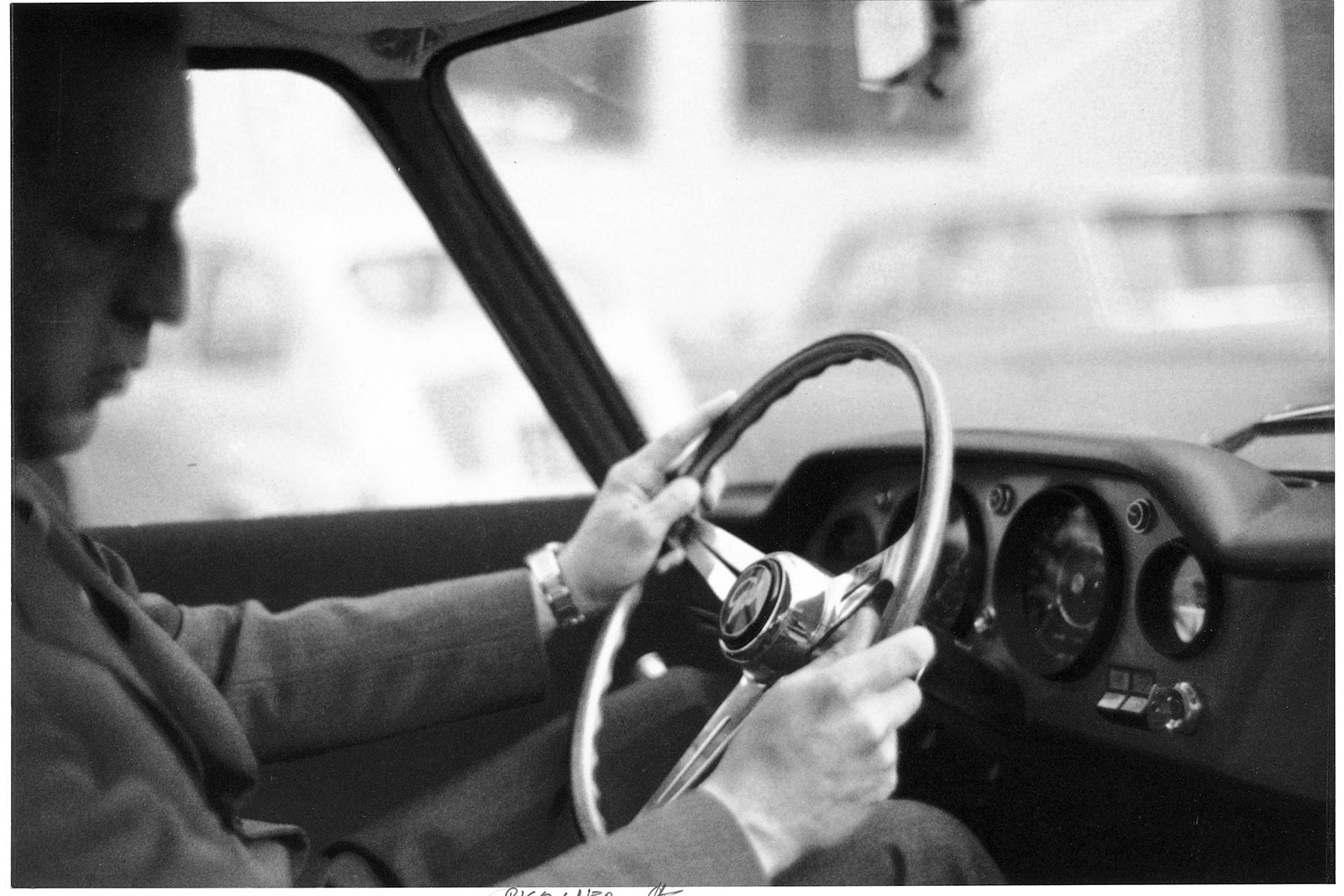 Magician of strength combined with lightness. And so, from the Ferrari 125 S, the first racer born in 1947 with the Cavallino brand, all the chassis of the brand until 1958 are signed by the great Milanese designer with the name of Gilco Autotelai, the acronym he had created by combining the first letters of your name and surname. Even the road cars based on a soul conceived by Gilberto Colombo are many: among them it is certainly worth mentioning the splendid Alfa Romeo 6C 2500 SS Ghia Supergioiello, produced in only four units.

A cultural heritage to grow. To celebrate the legacy that this extraordinary innovator left us, on the occasion of the centenary of his birth – which took place on August 28, 1921 – the Gilco Historical Register was presented, resulting from years of archiving work on Gilberto’s drawings and original notes. The primary objective of the Register is the census of still existing cars with Gilco chassis, together with the desire to increase the quality of the archive with the contribution of owners who wish to register. The register is also available as an information tool for enthusiasts and provides car owners with an investigation and enhancement service of the cars, also with a view to any certifications.

How to sign up. The owner of the candidate car must send the registration form completed and accompanied by photos and legible copies of the historical and technical documentation relating to the car to the Gilco Registry. If the owner is able to provide sufficiently exhaustive documentation, and the history of the car requesting registration is verifiable, following the analysis of the material received, the Gilco Registry Committee draws up the summary technical sheet, which will also be requested the owner to countersign.
Registration is then carried out on a documentary basis and the registration certificate, the relative numbered steel plate and the “Gilco Historical Register” trophy are sent to the owner of the car (see photos below). The reimbursement of expenses for the evaluation and registration of a car is 150 euros, and covers the analysis of the material, the execution of the Gilco plate and trophy and the secretarial costs, excluding only the shipping costs of the trophy. If a single owner offers more than one car, the reimbursement of expenses drops to 90 euros for each car following the first one.

Il certificate of conformity. The certificate of conformity, following thorough physical and technical checks, certifies that the current chassis of the car is fully compliant with the original in terms of materials, compliance with the historical drawings still available, correctness of the restorations. If the owner also wants the certificate of conformity, the procedure has a basic cost if the car can be examined in Milan, while otherwise it will have other costs to be assessed from time to time based on any trips.
In Milan, the inspection will be carried out at the “Bertamé” Ministerial Revision Center (Città Sudi area). Here, to allow examination of the chassis, the car will be raised with the aid of a track bridge (therefore with support on wheels to prevent the risk of damage), visual analyzes, surveys and photos will be made; the paint will also be removed in some points of the frame to allow the metallographic analysis to be carried out. The stripped points will then be restored by the Bertamé body shop in via Bazzini, also in Milan. In this case, which does not require other trips, the cost can be contained within 500 euros. 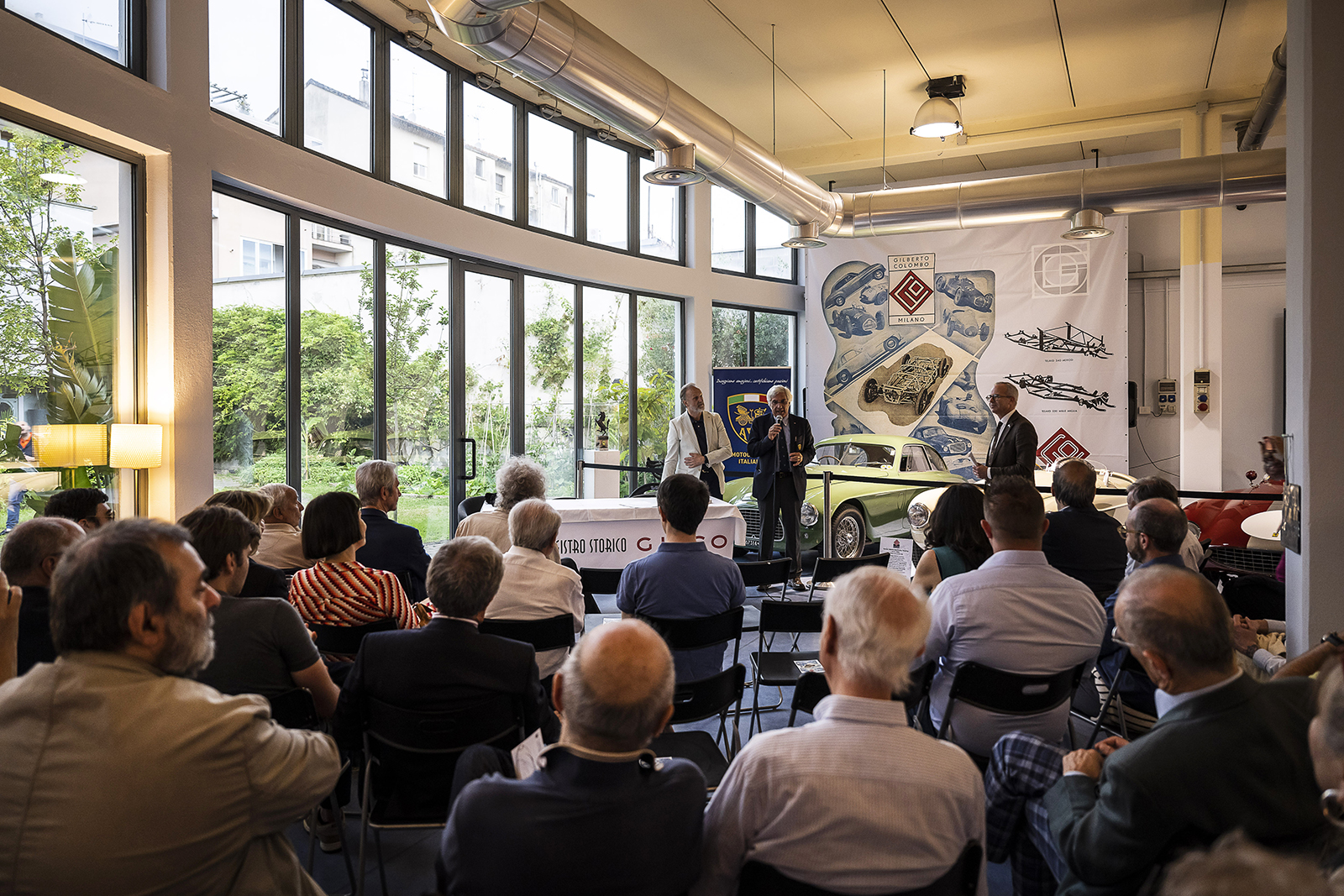 Assign the first three license plates. The delivery of the first plates issued by the Registry took place on June 8 in Milan, in the Gilco-Lab Art & Bike space, as part of a party evening preceded by a conference dedicated to anecdotes and motoring memories related to the figure of the founder of Gilco Autotelai. Gilberto Colombo, who passed away in 1988, was also involved in bicycles and furniture design, always using cold drawn tubes. From the early 1960s he then began to devote himself to Trafiltubi, the drawing factory that still exists today, where it is possible to find the necessary material to restore Gilco chassis.

First successful event. The presentation meeting of the Register, during which the plaques were awarded, was part of the Milan Design Week. In addition to a large group of motoring enthusiasts and friends, it also attracted the participation of illustrious personalities from the world of design and motoring. In addition to Marco Colombo, Gilberto’s son and president of the Gilco Historical Register, and his wife Serena Omodeo-Salè, his cousin Martino Colombo, who worked with him for several years, also remembered the work of the designer. Lorenzo Boscarelli, president of Aisa, Edgardo Michelotti, son of the great designer, Corrado Lopresto, Uberto Pietra, Edoardo Tenconi and Massimo Zecchini took part. And, of course, Marco Galassi, ASI Federal Councilor, given that the inclusion of the Gilco Historical Register among the member bodies of the Italian Historical Automotoclub was strongly desired by him.

Velomotor Testi, the Italian motorcycles that the world has lost 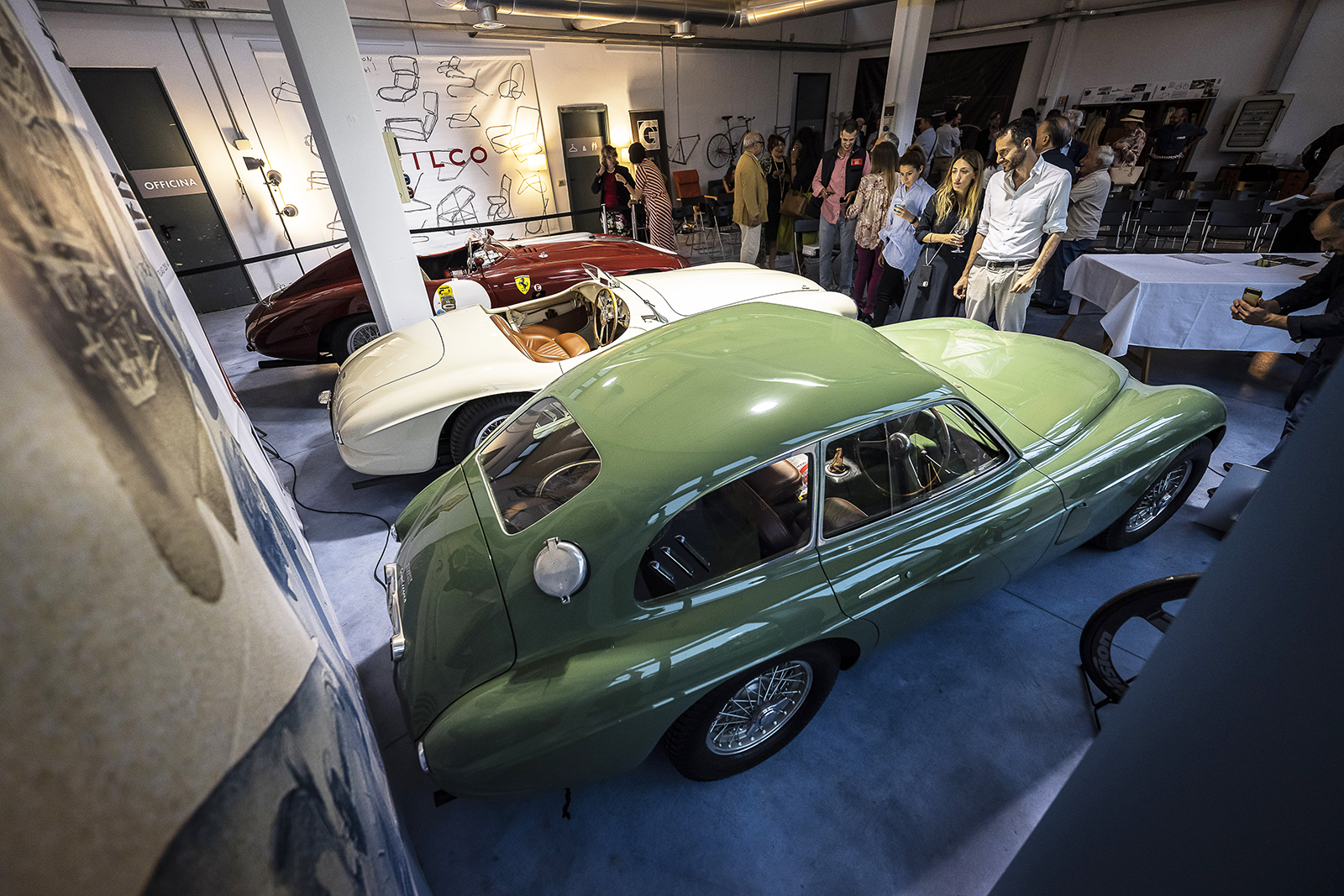 Prancing start. Meanwhile they, the splendid protagonists of the meeting, let themselves be admired in all their beauty: they are the first three racers certified by the Registry, all three made in Maranello, namely a 1953 Ferrari 340MM, commissioned by Enzo ferrari to try to grab the third consecutive victory in the 1000 Miglia, the Ferrari 166MM Barchetta Touring of 1950, produced in only 25 units, and the 1951 Ferrari 212E Berlinetta LeMans Touring, which in the world has only three other sisters. A baptism of fire that sanctioned the birth of a cultural initiative of fundamental importance to safeguard and pass on the exceptional work of men like Gilberto Gilco, who have written indelible pages in the history of speed. 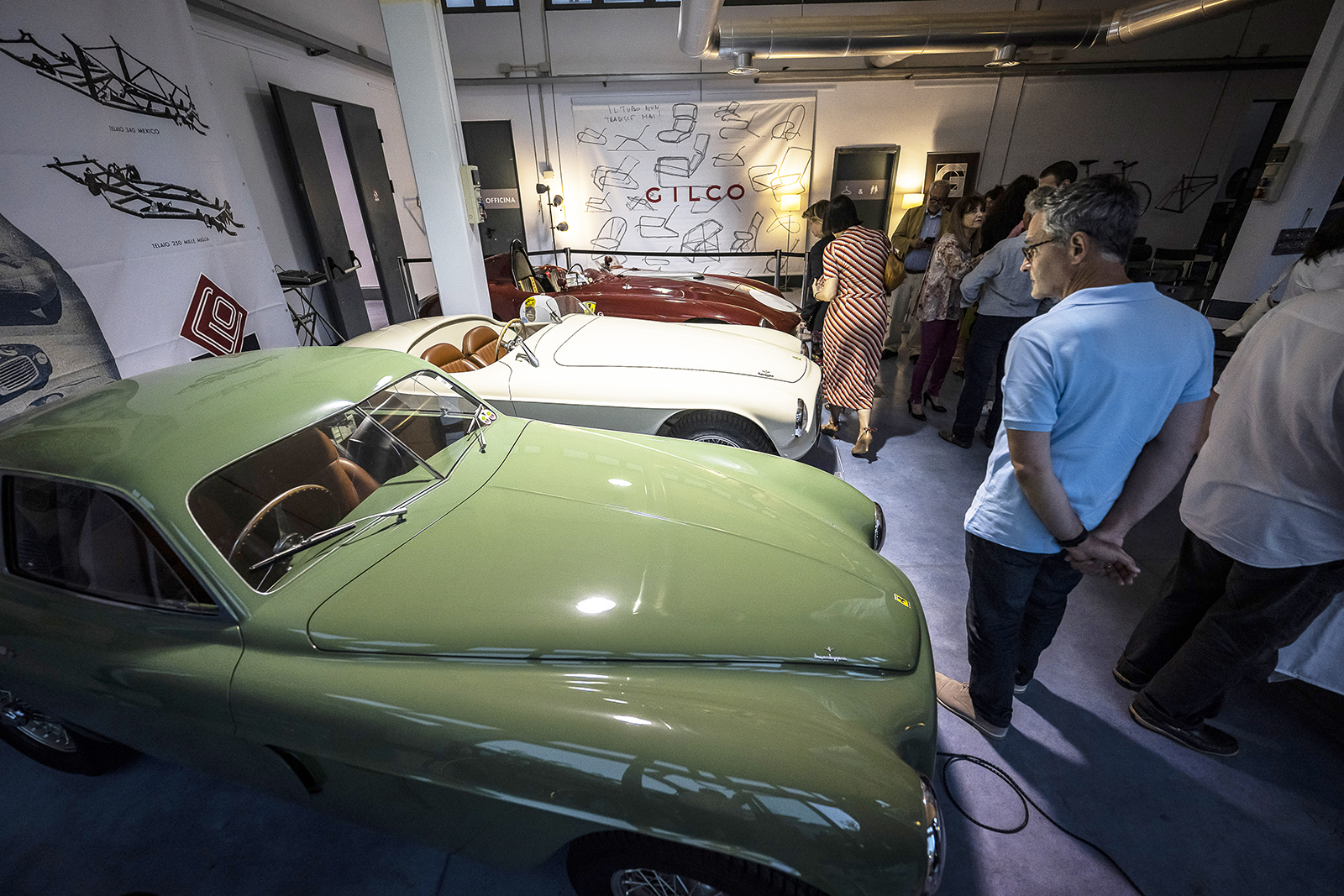