How would it be possible not to love a performing and timeless “toy” like the Giulietta Ti? Especially if it has always been at your home like this example

Purchased new, elected as family car, sold and later bought again. No car has been more loved than this 1957 Giulietta Ti, which is also raced with honor by two generations, father and son. It did it all: regularity first and then 5-6 hill climb seasons in the Italian Championship. It also won a few of them, in the 1300 class. “I hope to race it again this year”, says the youngest driver, Claudio Bambi, a detailer and owner of a car customization workshop in Scandicci, near Florence. Although some years ago he had to forgive it for an hour in the rain without wipers. “Because with the seat belts fastened, being tall I couldn’t touch the lever, which is under the dashboard”, he says. In fact, the four-seater has a raised driving position. Although since it was transformed to race, the seats are no longer the series ones, of course. And now next to the driving door there is a button to activate the wipers. 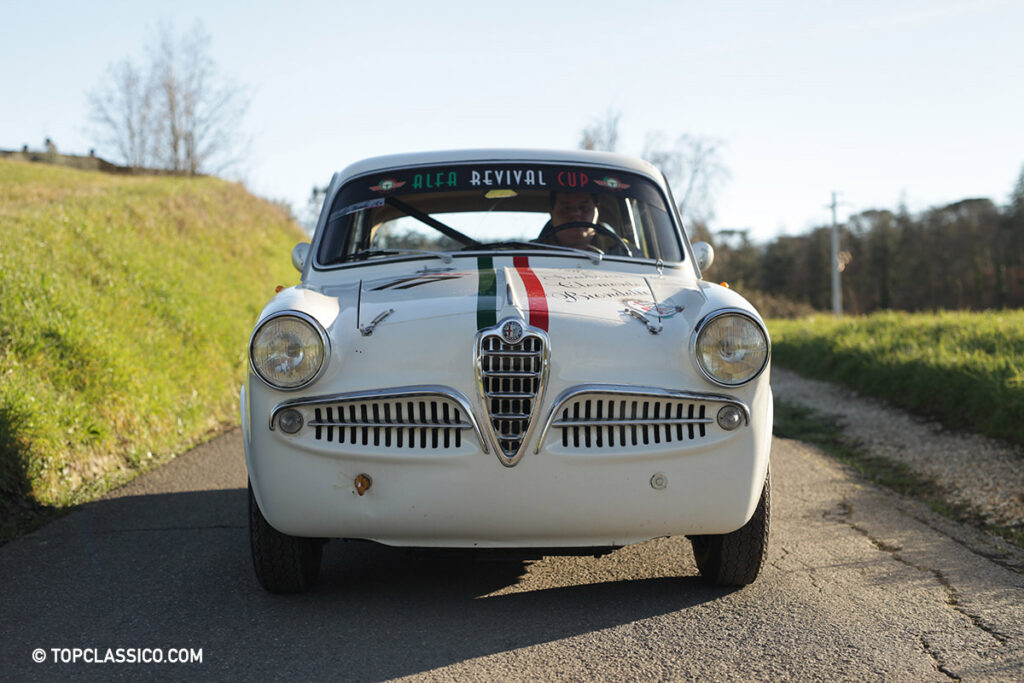 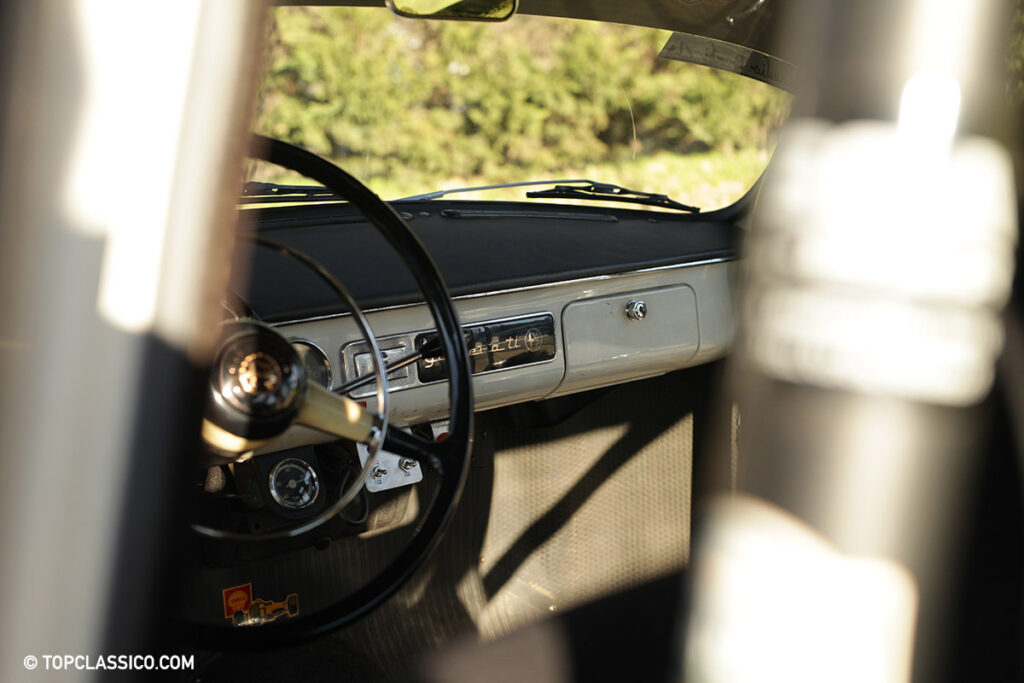 The race was at Mugello and was part of the Alfa Revival Cup. The first race of the Cup was held in Monza, where the Giulietta already stopped at the tests because it came from a long period of sleeping in the garage. It ended up with a night’s work on the engine’s cylinder head. Even the last race it took part in, in Imola, didn’t go better, with the gearbox breaking just 15 minutes before the end. But the point is that these agée cars are rarely used: “Even the Coppa della Consuma, an historic uphill, was once 12 km, now it’s only 8 km”, explains the enthusiast. “So you practice once on Saturday, compete the next day and then stop. While on track maybe after an hour of laps the car begins to heat up and struggle. The real defects of the Ti is that it brakes very little: mine, being prepared, has everything improved but there is no doubt that with narrow wheels and drum brakes it’s difficult to drive. Once I applied a device to test the speed because when you reach 160-170 km/h at the end of the straight in Monza with a 1957 Giulietta braking is not a joke. You have to start to brake early but you also have to do some engine braking. In this way you stress the car completely. However, I must say that having to think about the hurdles caused by the vehicle is part of the game, it makes everything more intriguing”, Claudio continues. 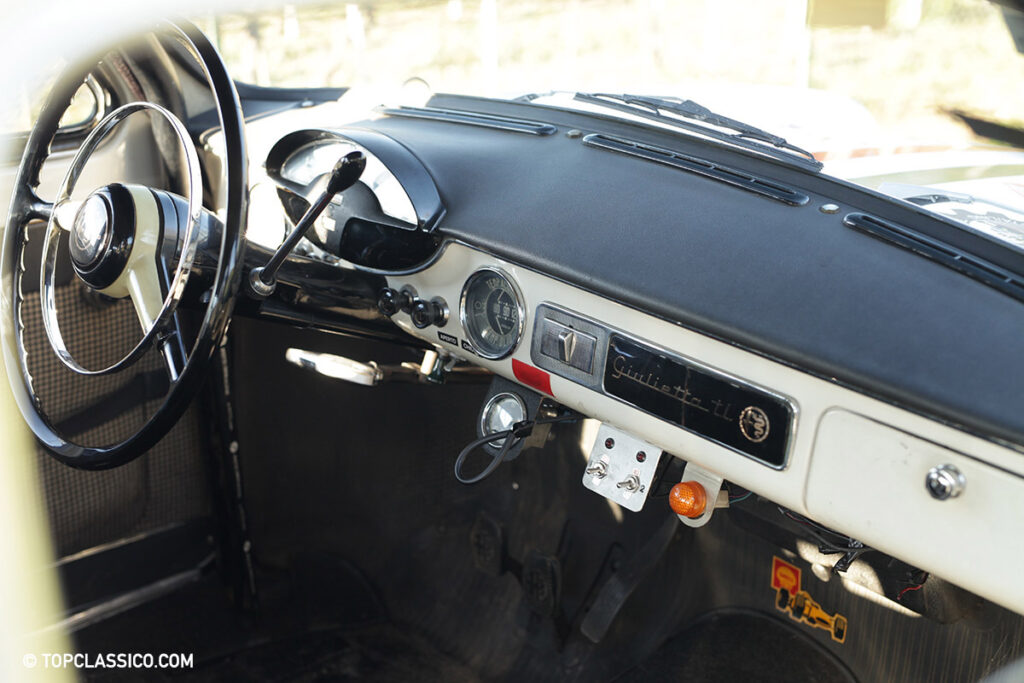 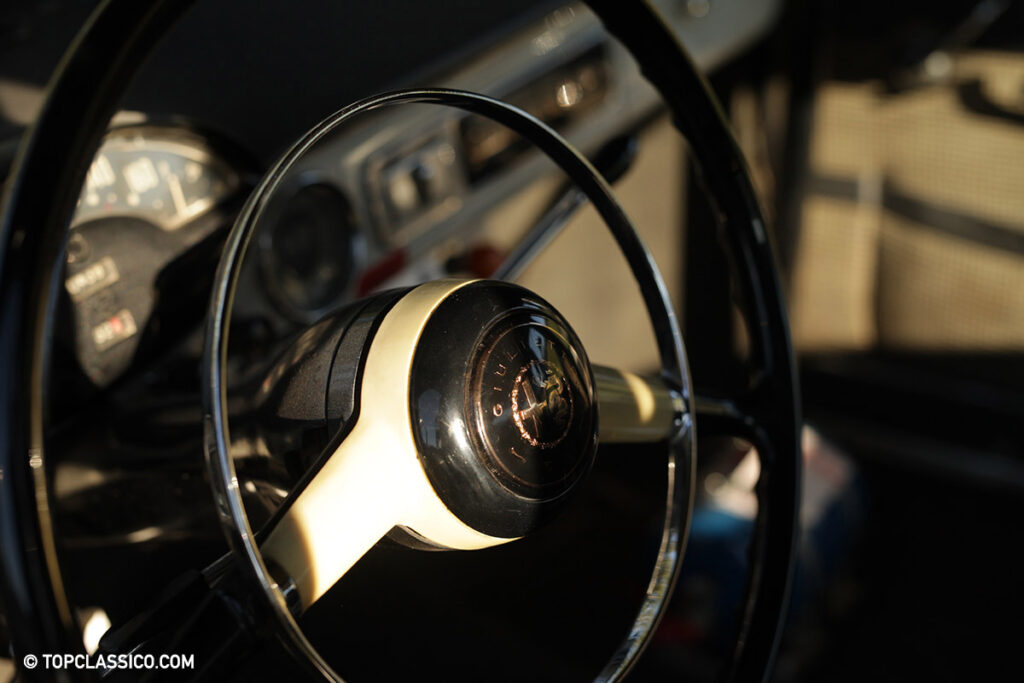 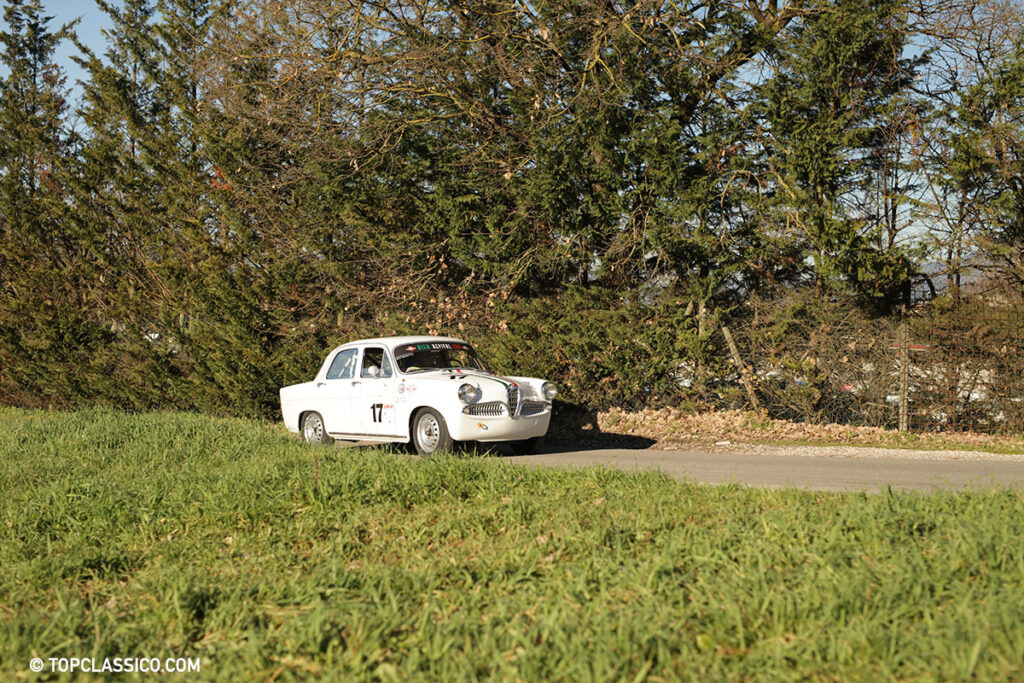 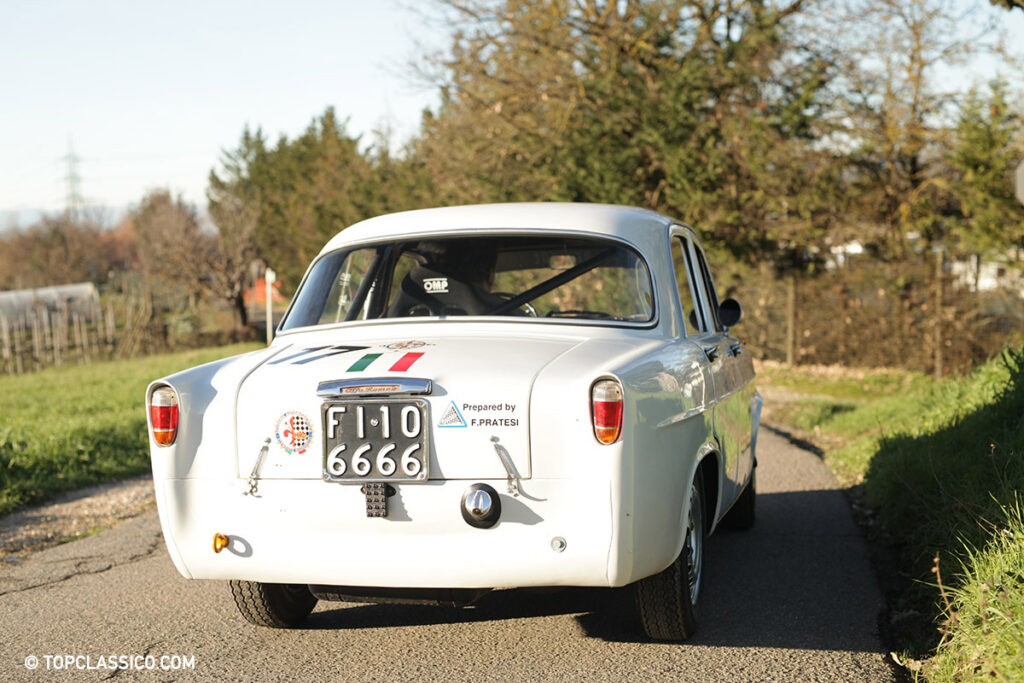 “The Giulietta is car that must be respected: if you don’t respect it, you break it all the time. Everybody likes to go at full throttle form the first lap until the last, but with a car like this you cannot as you would arrive at the halfway point with the Alfa Romeo Giulietta Ti fused, because it’s a car designed in the 50s ”. And it must be even more exciting to go for a race in a car that has always been in your family: “My father had it from his aunt. When I was born, in 1979, he used to do regularity with this car”. The Giulietta has been the model that, together with the Fiat 600, mostly represented the Italian recovery in the Post-war years. It was prestigious, it offered above-average performance and was affordable. It was first launched in the Sprint version in 1954, then the sedan came out a year later and in 1957 the Ti (International Tourism) arrived, which was later modified in 1959 and 1961. 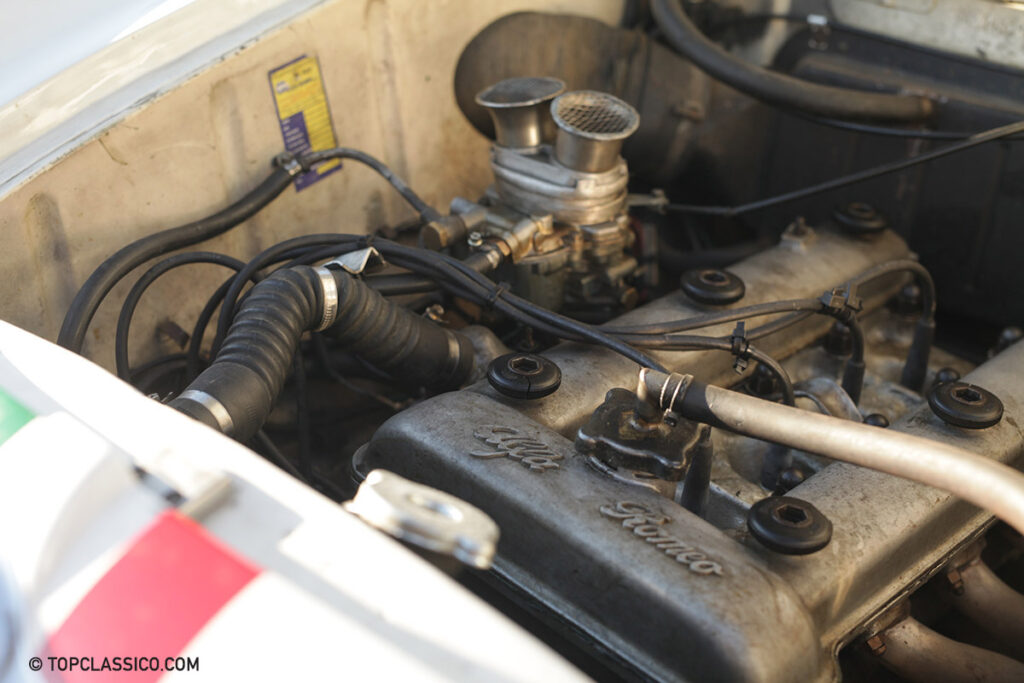 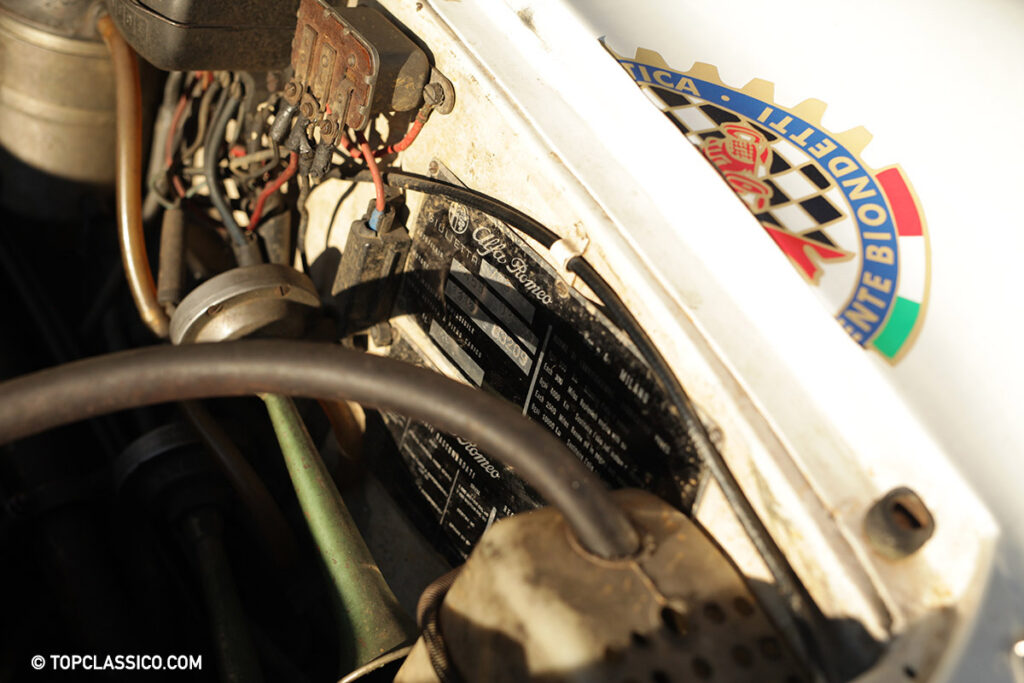 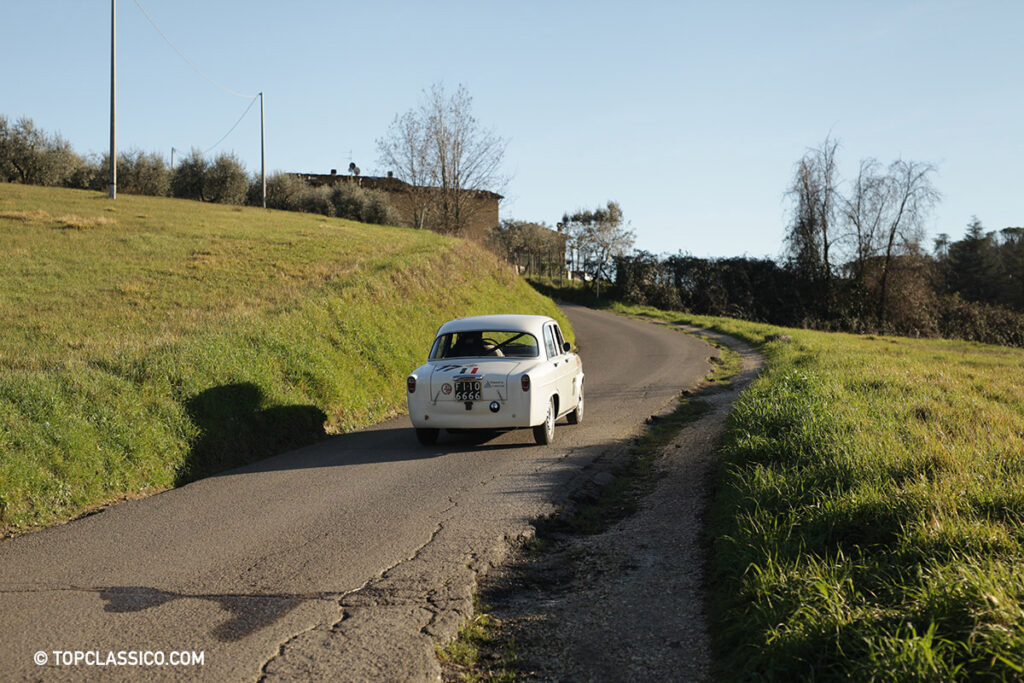 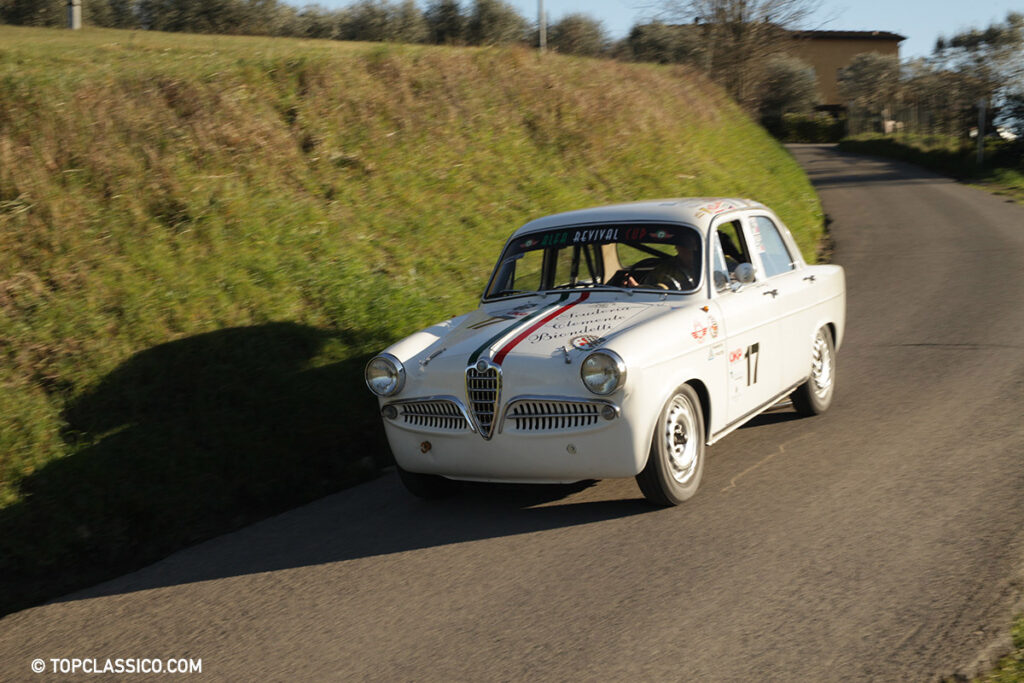 “Our Ti is one of the very first ones”, Claudio specifies. With his father, he has a large collection of other historic cars of the Biscione. “I have the purchase invoice of the car, paid 1,525,000 Lire, including IGE (the tax which was later called VAT): at the time it was good money!”. A fun feature in the Registration Document is the sale and repurchase of the Giulietta after three months. In fact, when her husband died, the aunt decided to get rid of the car and sold it to a cousin in June only to retrace her steps in September saying that she missed the Giulietta and that it reminded her of her husband. So she wanted to buy it back. And later left it to her nephew, who is Claudio’s dad. “Inside, the panels, the dashboard and the sky are all original. My father crashed a couple of times while racing it, so the Giulietta was fixed but never restored”, he explains. 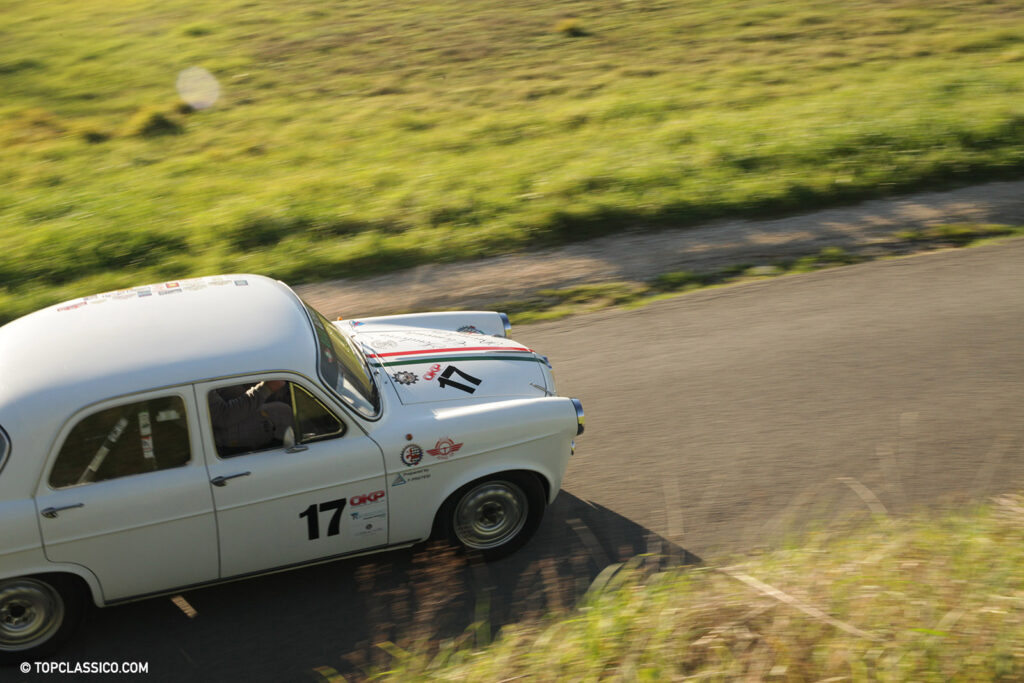 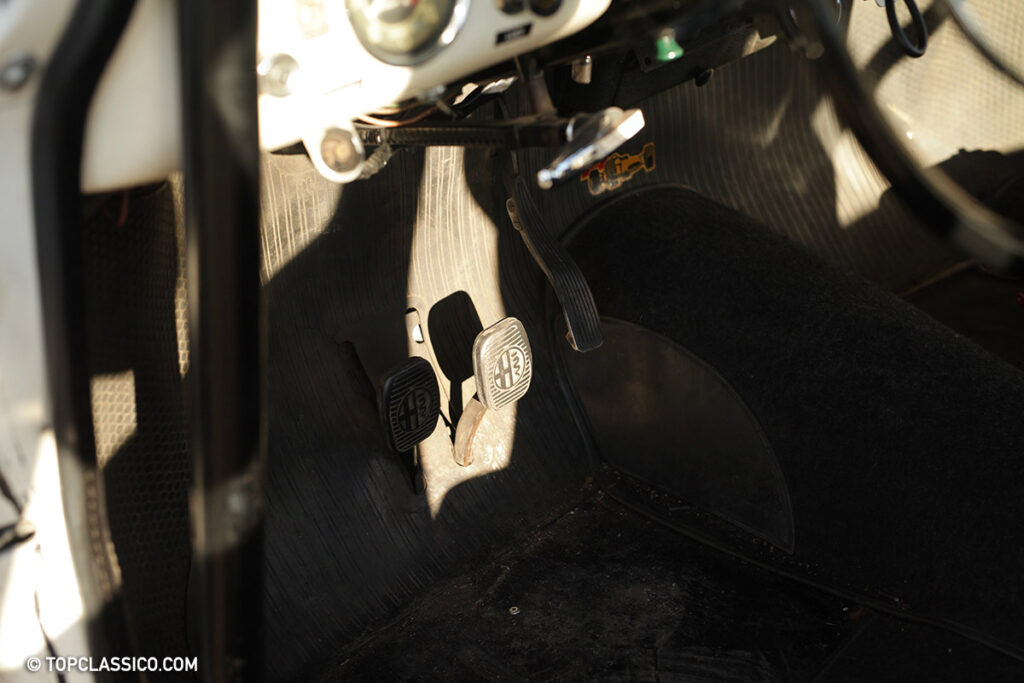 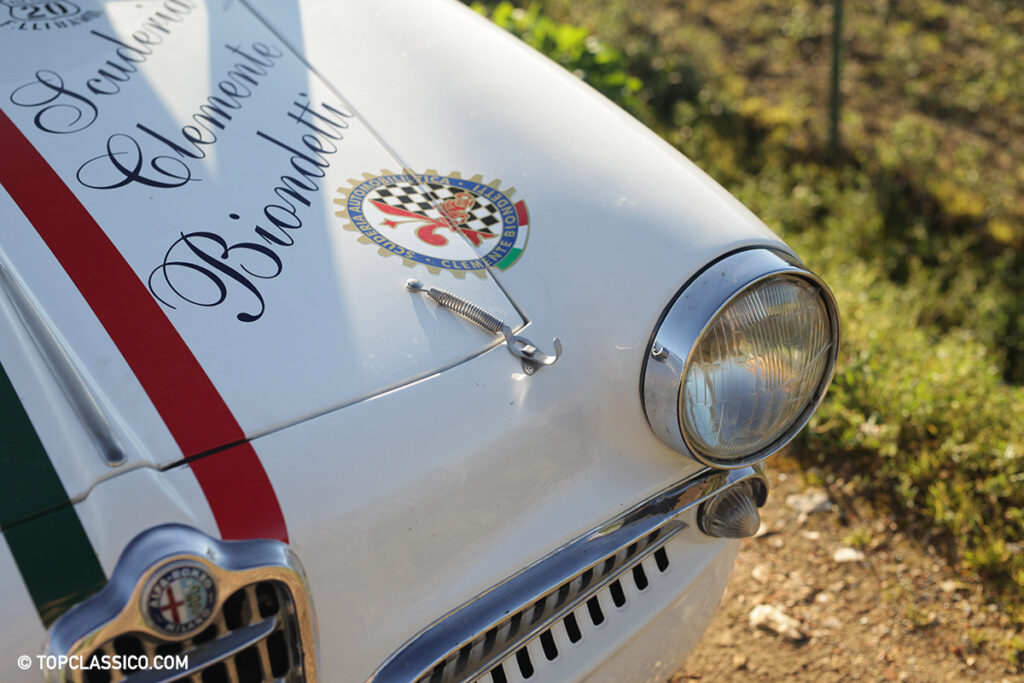 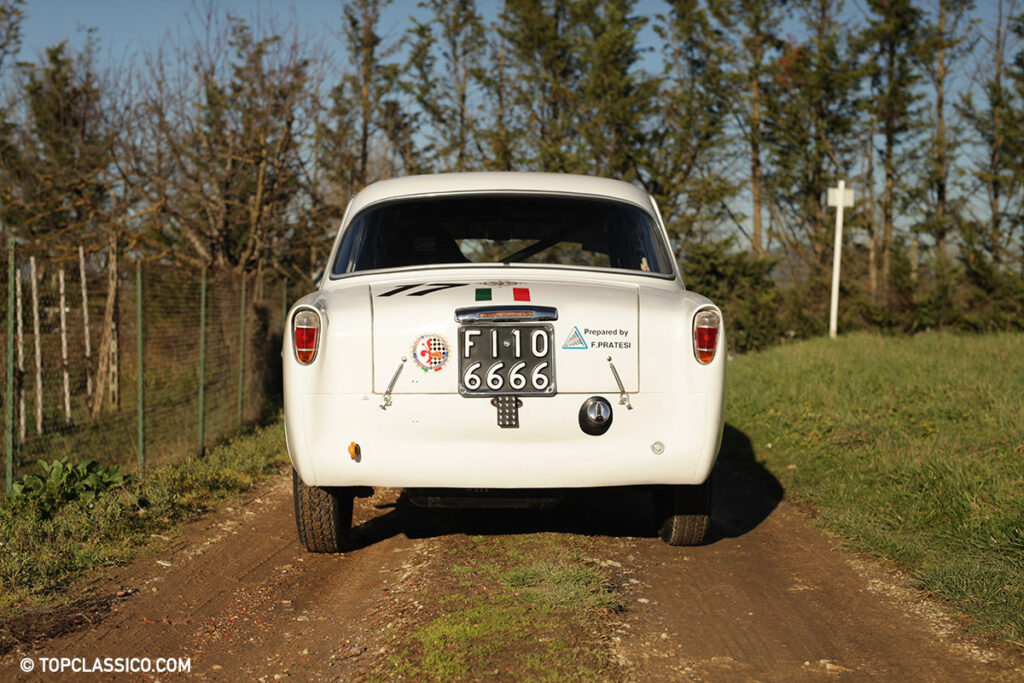 “The availability of spare parts, among other things, is always less. In 1957 they had fitted a type of gearbox which was subsequently changed. When mine once broke down I had to spend a lot of time and money to find it. In general, maintaining originality as much as possible with original spare parts is not easy. I could also have fitted a cloche gearbox from the second and third series in spite of the gearbox near the steering wheel, but my father and I would be sorry to drill the upholstery and modify the car”. Claudio is not new to this type of work, since he was a boy he grew up surrounded by cars. He also started to do detailing it in his father’s petrol station in Scandicci, near Florence, when he was very young: “I loved to take care of the work for the most demanding customers, I remember that I used to spend whole afternoons working at their cars”. This Claudio’s activity was born almost as a joke and later became a passion and a profession. As later also happened for the customization and the preparation of cars, especially the Abarths: a full service aimed at creating unique pieces. 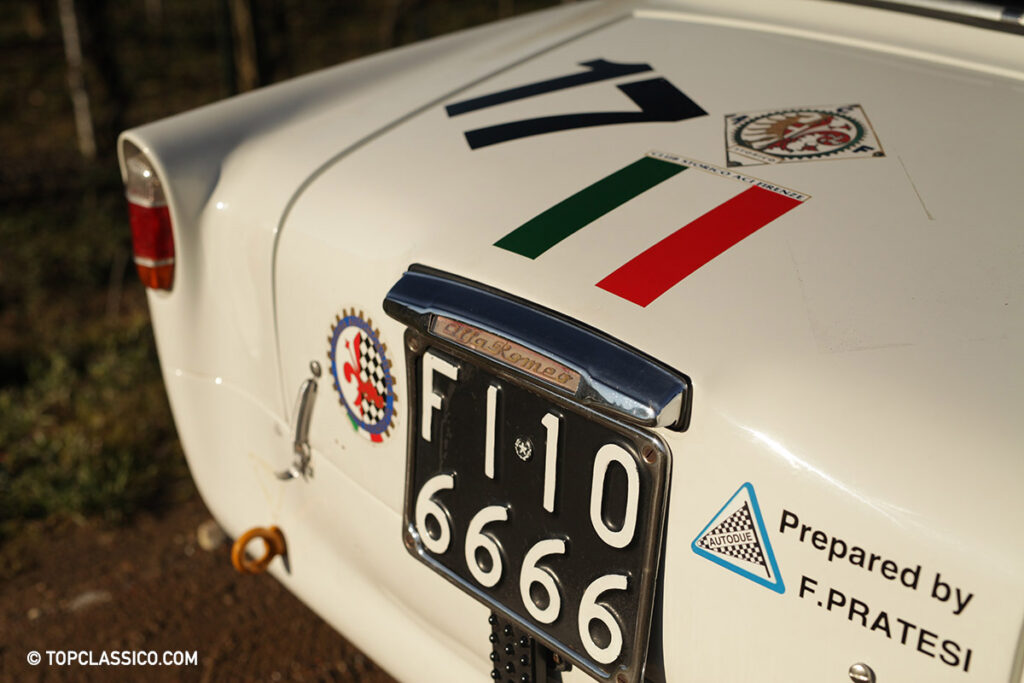