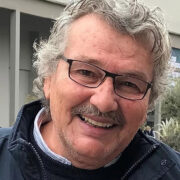 Heir to the great success of the Alfa Romeo 1900 after the sedan 2000, the Alfa Romeo 2600 Sprint, released in 1962, has only a few slight stylistic tweaks compared to its direct ancestor. On the other hand, it has a completely new engine, enlarged to 2582cc (165 HP), and front disc brakes, then applied to the four wheels from the following year. Today the Alfa Romeo 2600 Sprint is rare and in particular the olive green color of this 1964 model enhances its sinuous lines full of sporty determination. Here is the story of his journey from Piedmont to Puglia with some little whims of a star

The story starts in 2007, at Christmas lunch. Between a chat and another, I confess to my brother that I have found a beautiful Alfa Romeo 2600 Sprint that looks in excellent shape: I got in contact with the person who put the car up for sale and I came to know that he is in Omegna, by the Maggiore Lake in Italy. “No problem”, he tells me, “I’ll be over there for work next week. I’m going to see the car”. So I give him the address and wait. After a few days, the okay arrives: everything is as described and he also negotiated the money. I plan the trip with a comfortable sleeper train from Bari to Milan, then with another trip from Milan to Verbania. On the morning of January 22nd I arrive in Omegna, it is a beautiful day and Lake Maggiore is enchanting. I meet the owner, whom I will call Augusto. He is the CEO of a S.p.A. The 2600 Sprint conveys a feeling of well-being just by looking at it, with that olive green combined with the leather interior that shows the signs of the past; the front is monumental, with those four headlights and the RIAR (Registro Italiano Alfa Romeo) and Trophaeum Club Alfa Romeo badges on the grille. The car was homologated by RIAR in 1991 despite having taken on a different paintjob than the original blue. Augusto, 54, had owned it since 1983. Why he was separating, after 25 years, from what his employees called his “girlfriend”, I never asked him. 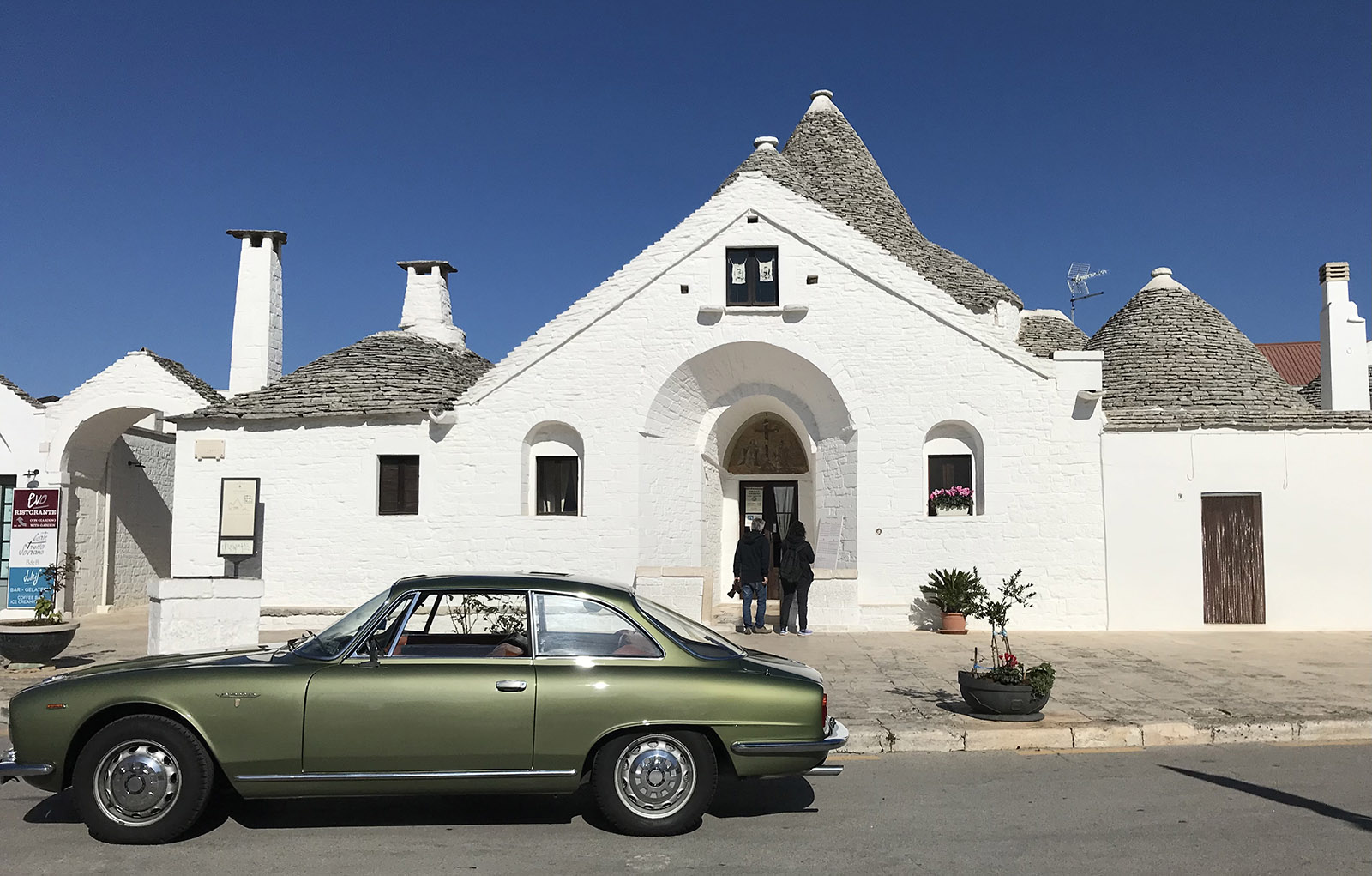 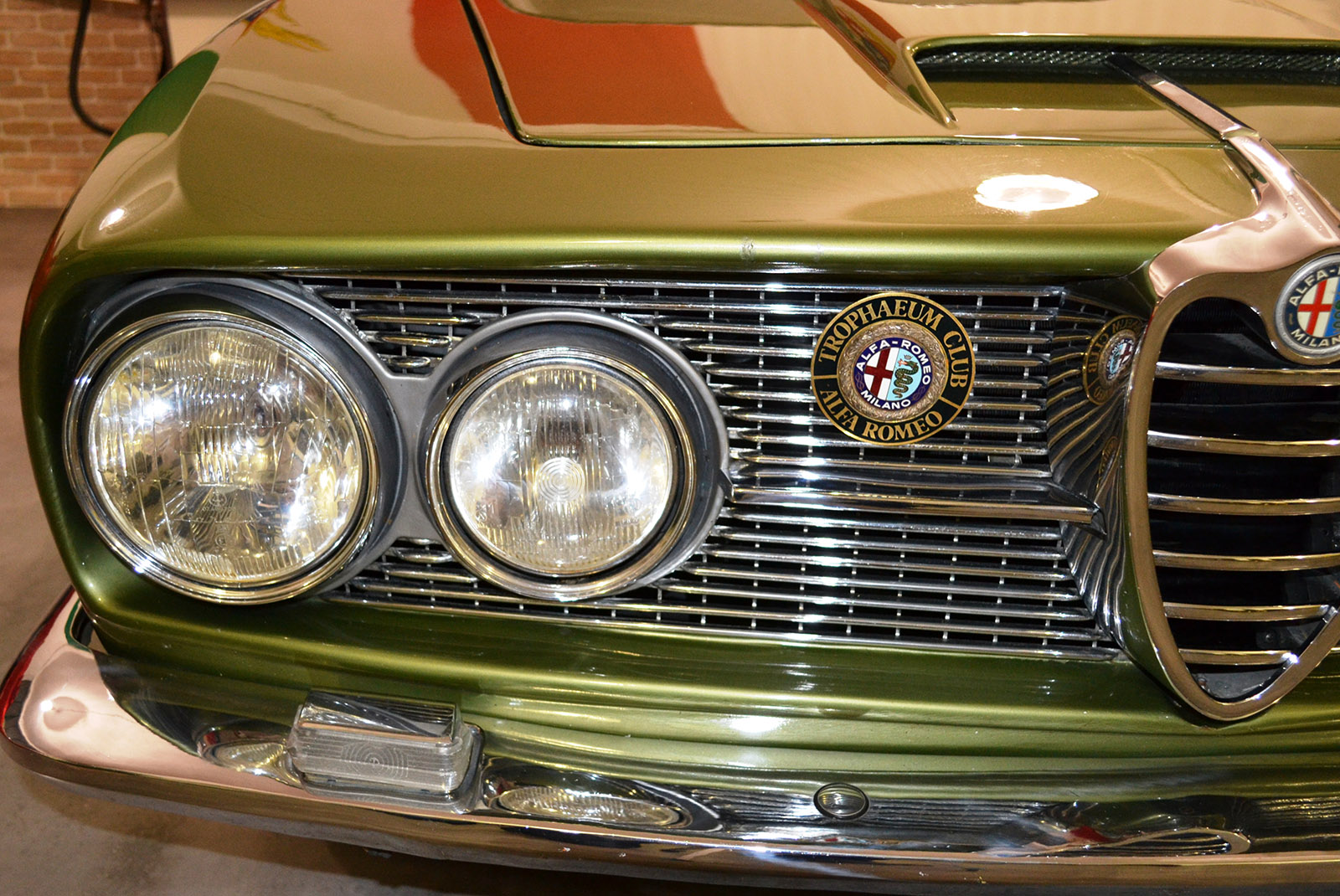 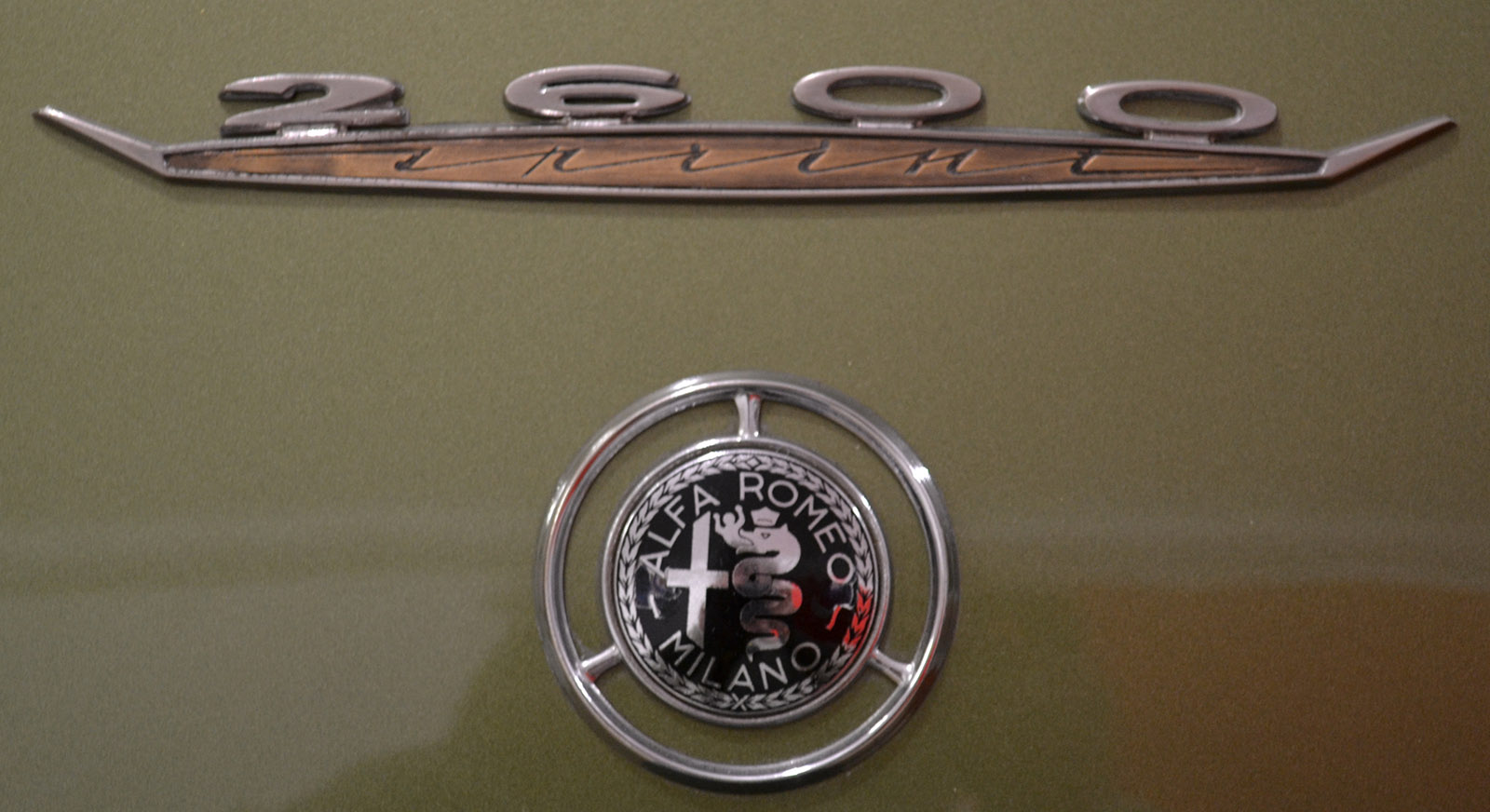 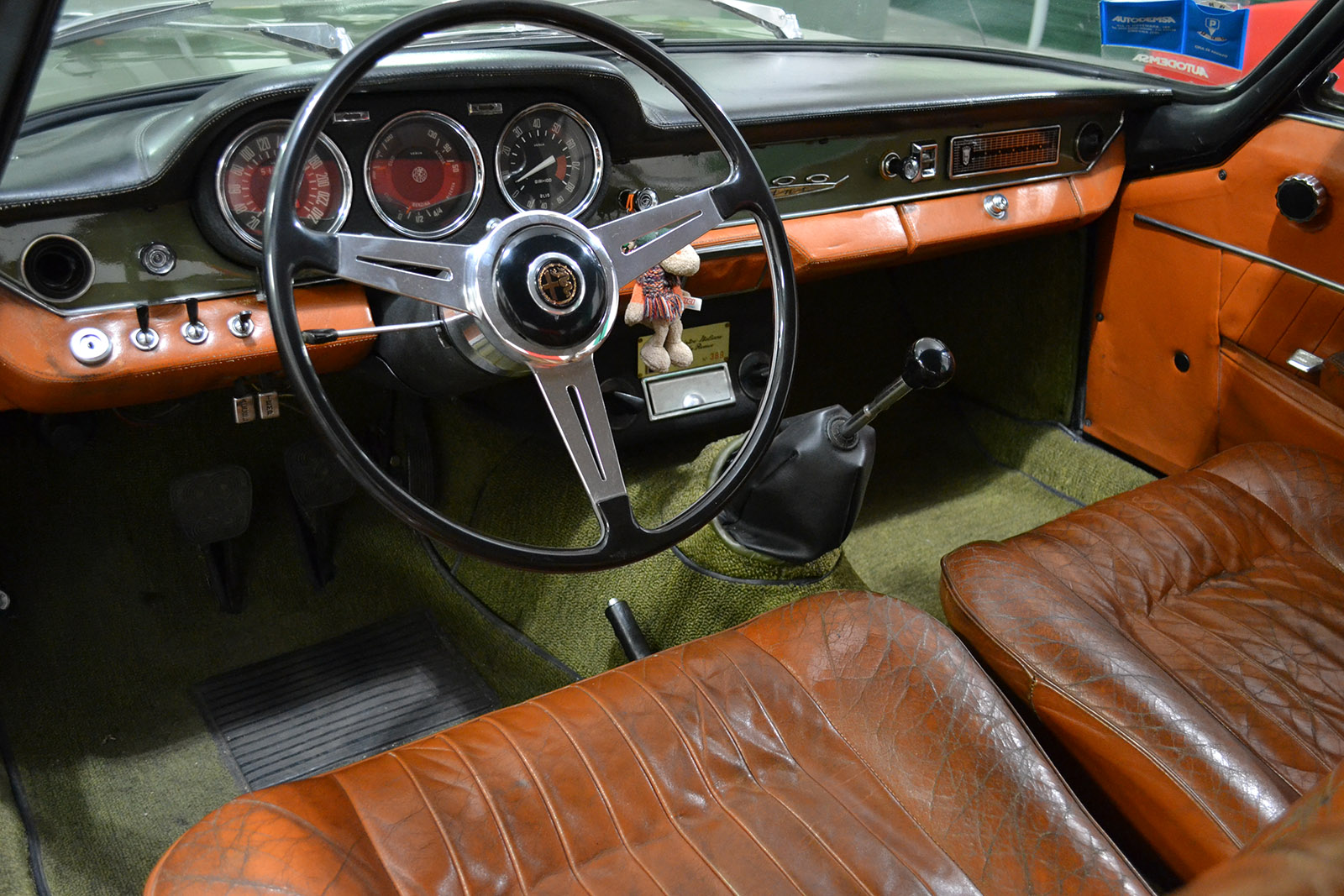 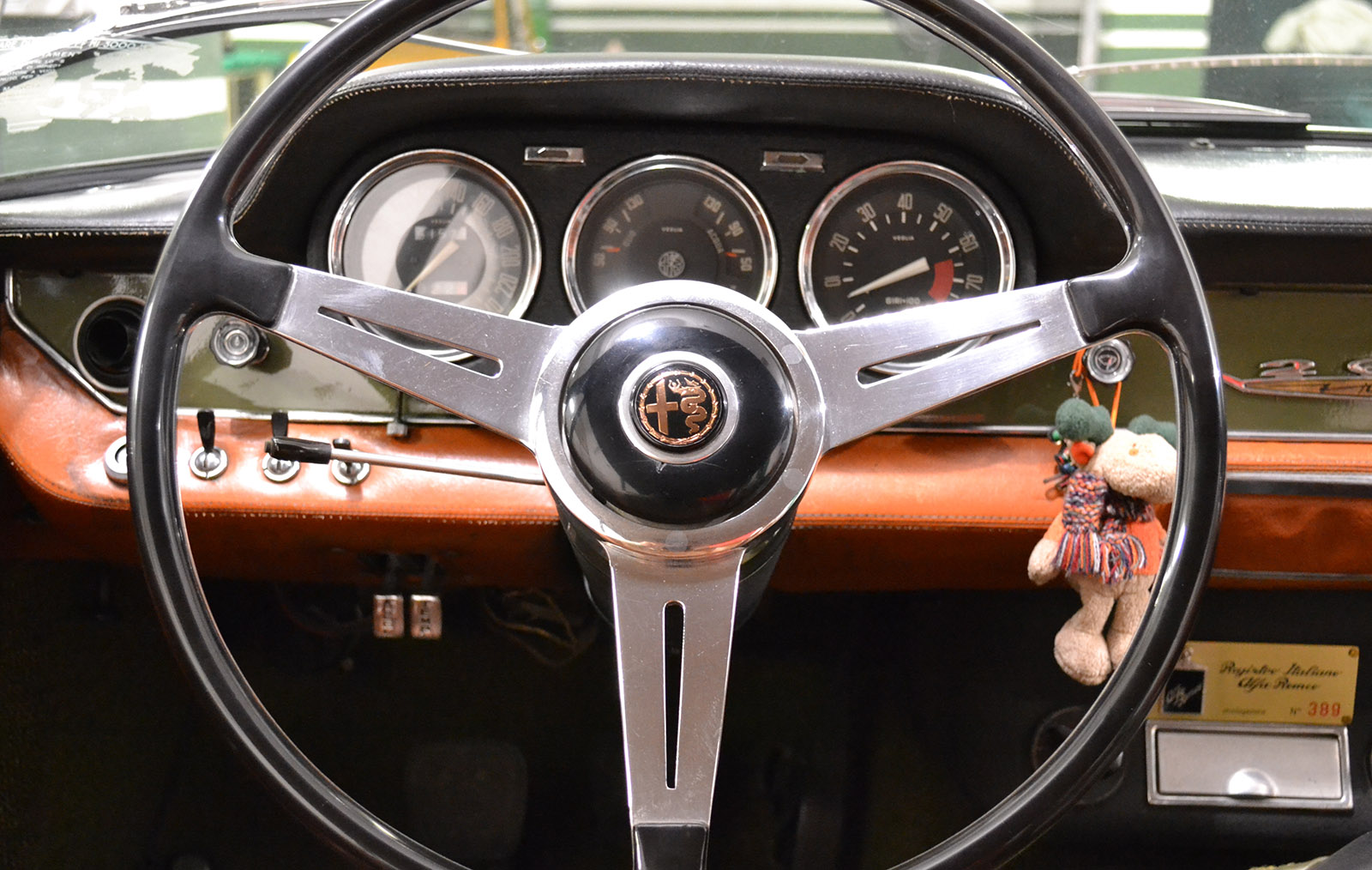 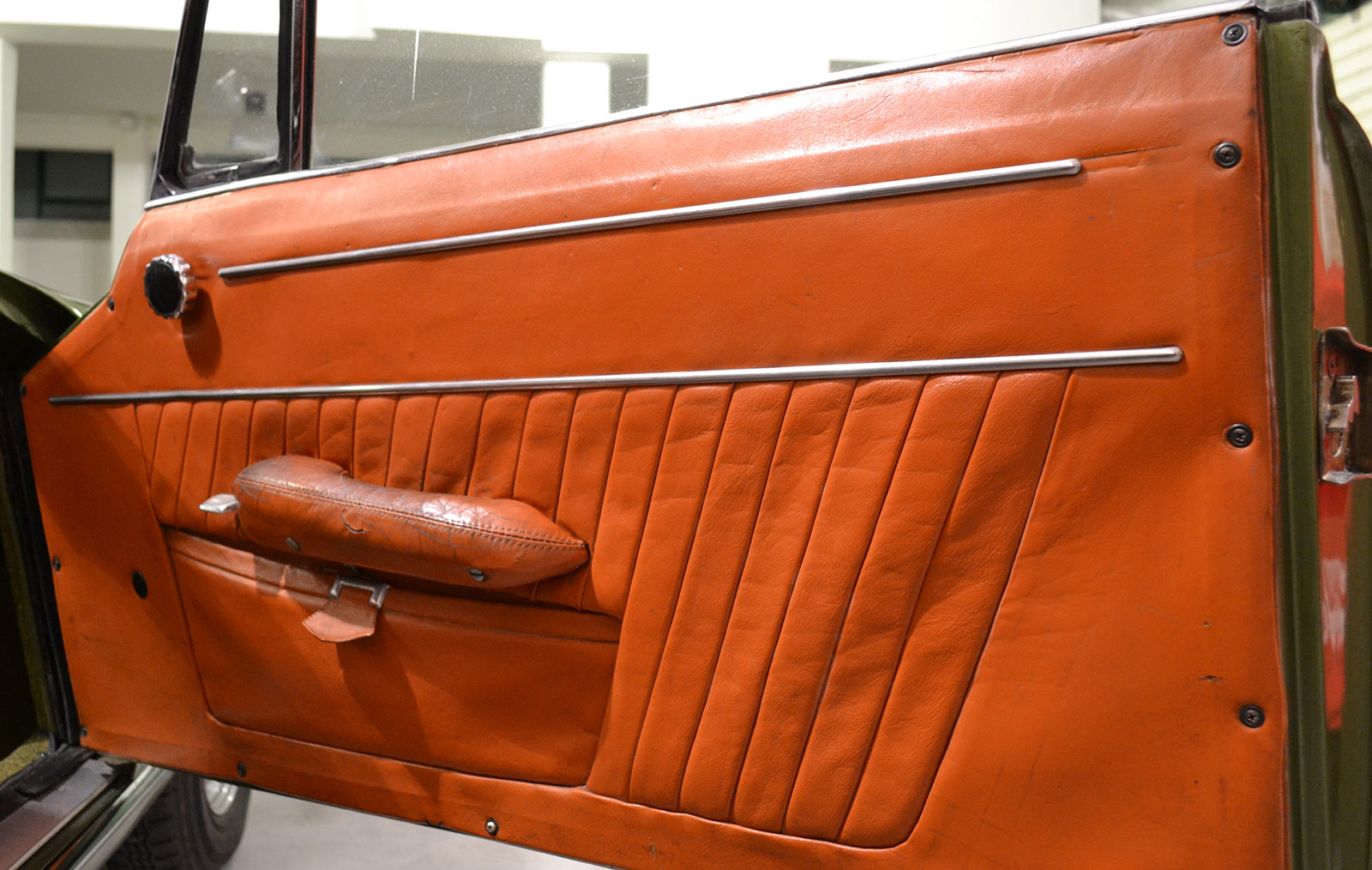 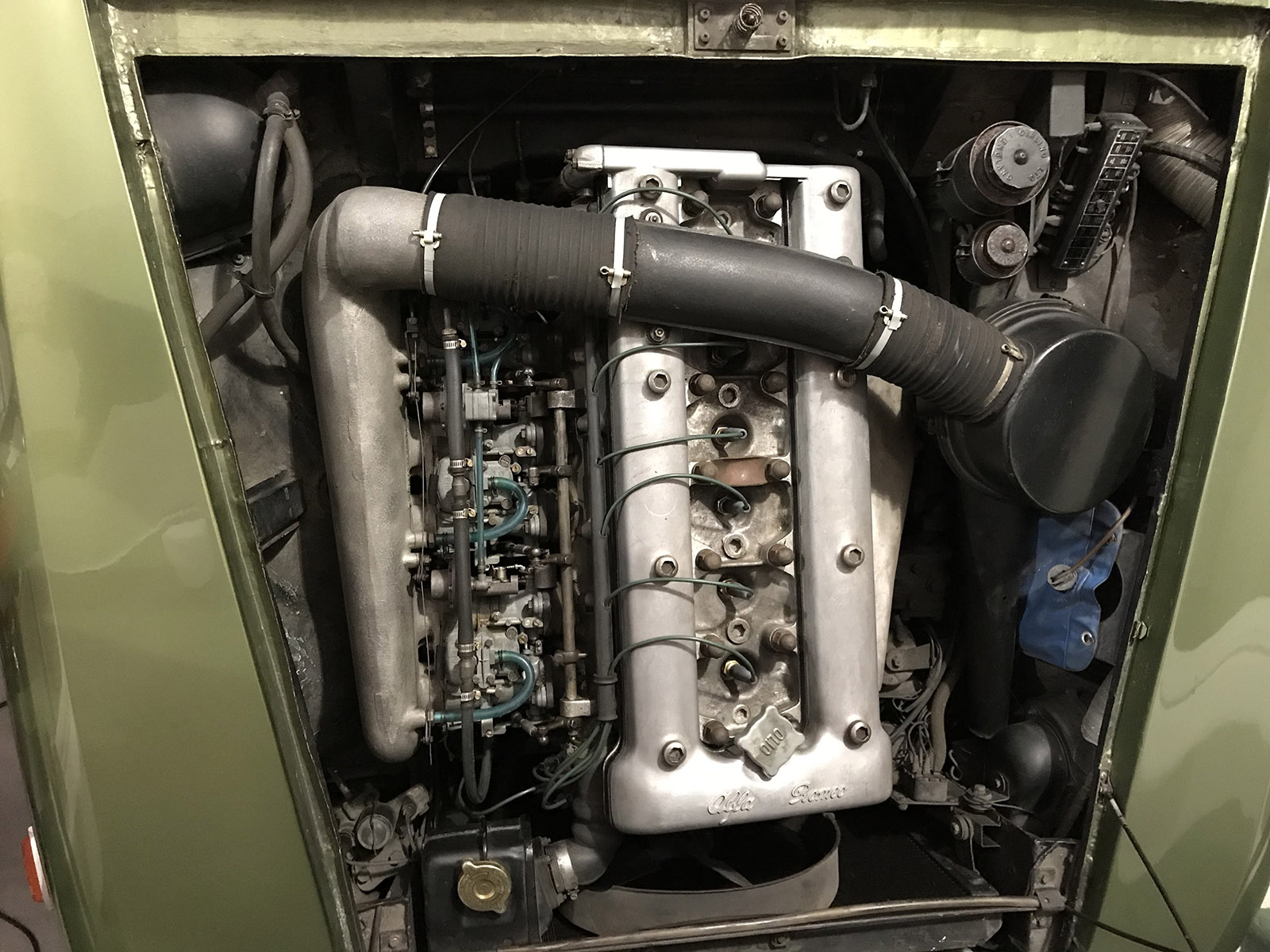 I drive the car, the 6-cylinder in-line conveys a feeling of docility and catapults you, in an instant, into the role of the “Cumenda” of the sixties. Completed the formalities, full of petrol and best regards, I’m on the motorway towards Turin. Halfway, after about 75 km, the beautiful Alfa Romeo stops as if for an electric blackout, approached in panic. The electrical system is fine and everything runs smoothly but does not even think about restarting. Then, after ten minutes, it starts again as if nothing had happened. I had just got acquainted with the vapor lock. I pleasantly arrive in Turin, from where I will leave by train to go home, and the toll-keeper comes out of his booth, exuding all his most genuine enthusiasm for what that splendid winter day showed him. I cross the whole city and its areas closed to the traffic, unscathed, and arrive to the station, where in the evening the Alfa is loaded onto the convoy destined for Bari. After a good sleep, I see the car that has just been unloaded, it has changed color, it has become red due to the dust from the train brakes but it’s not an issue: a wash and off to the house without problems. After a few days I am with my friend Frank for his blessing. He walks around it, takes some pictures and is immediately behind the wheel. He is enthusiastic, and I am too: “Frank approved”. 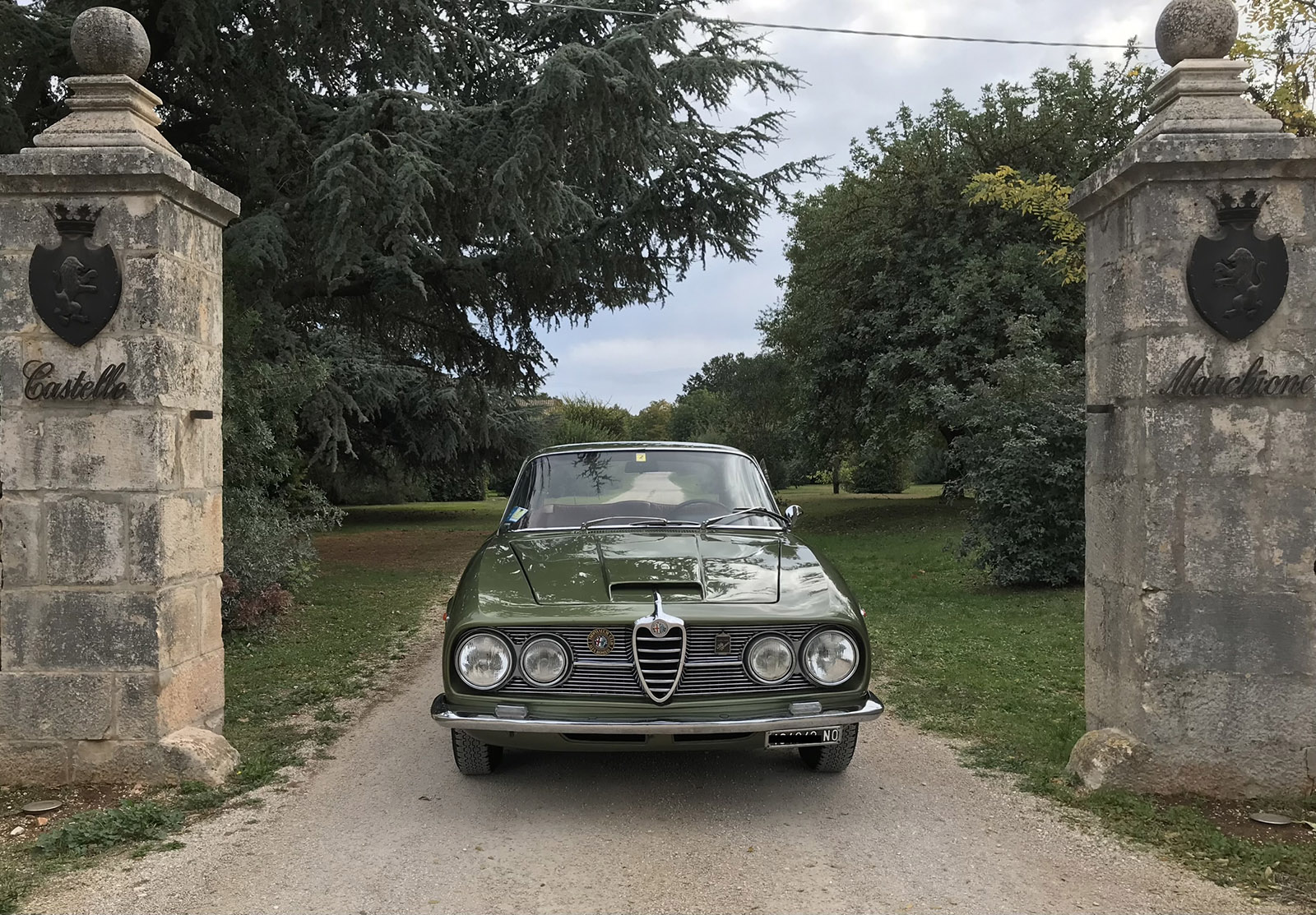 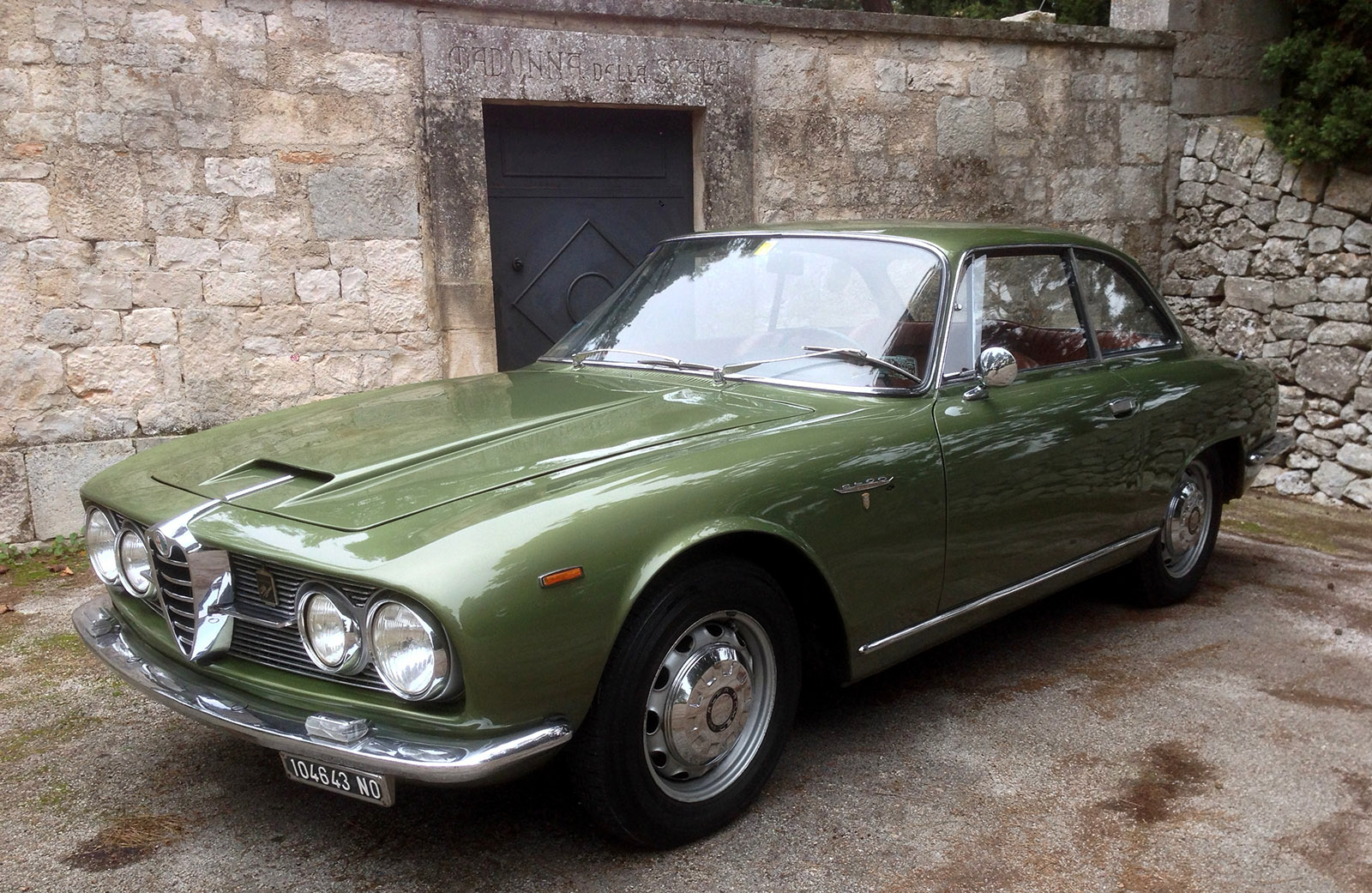 At that point, the complete service is done and it’s time for a treatment “up to the iron” of the bodywork, of the floor and reclamation of the fuel tank. That of the reconstruction of the floor is a mania of mine to preserve in the best way the non-visible load-bearing components of cars, which are often the most neglected. I ride around a lot and, from time to time, the 2600 gets grumpy; sometimes it goes out. New spark plugs and cables, platinum-plated points, coil, condenser, overhaul of the 3 Solex PHH 44 double-barrel carburettors (the same ones fitted to the Mercedes 190 SL) are all attempts that do not solve the problem. The problem is that of vapor lock, that is, the transformation of the fuel from a liquid to a gaseous state before it reaches the engine, when there is an increase in temperature and low fuel pressure. The solution suggested by most experts is to replace the carburetors with Webers. I’m ready to bleed and I visit Giorgio, my carburettor man, for the transplant. 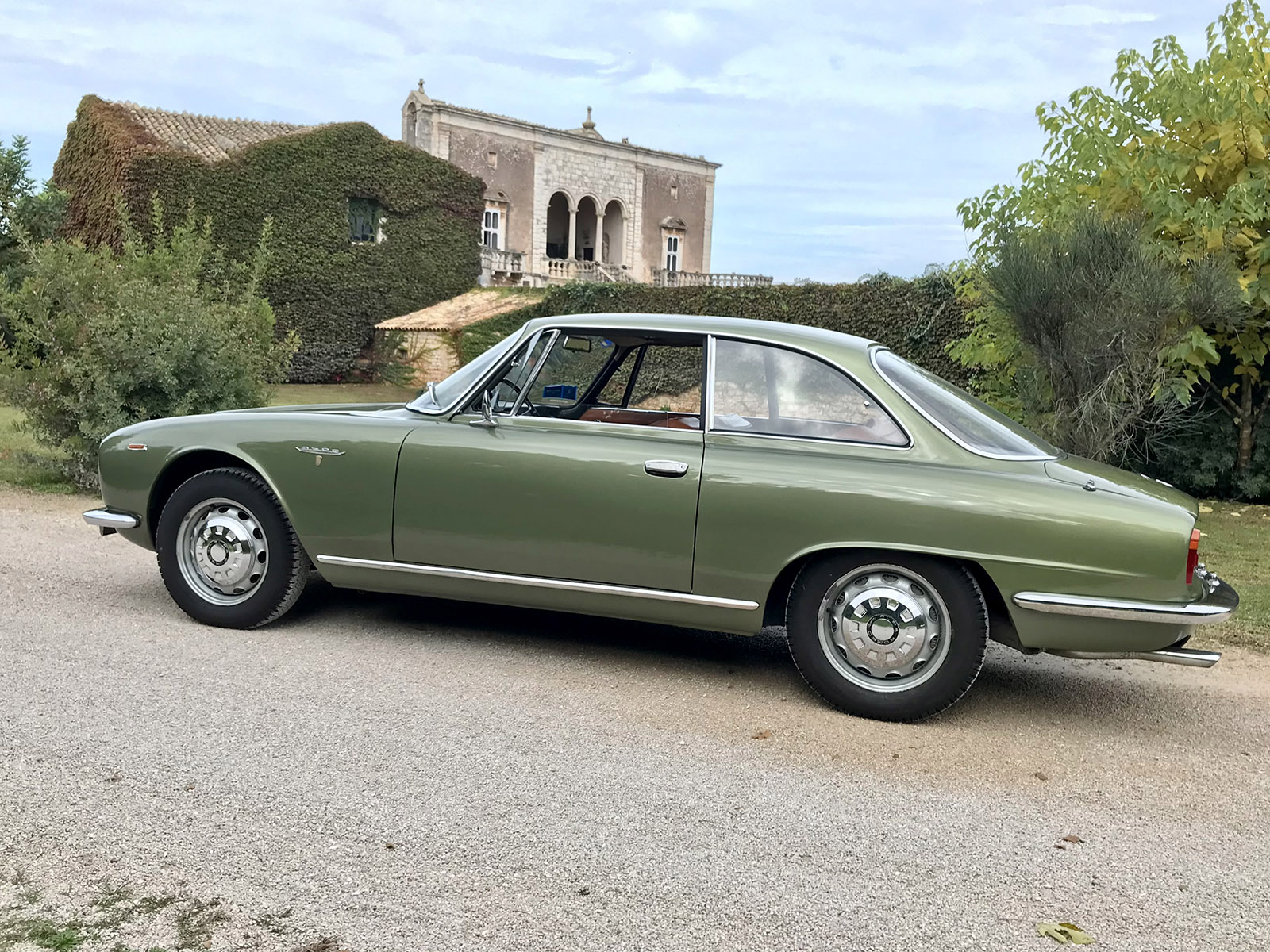 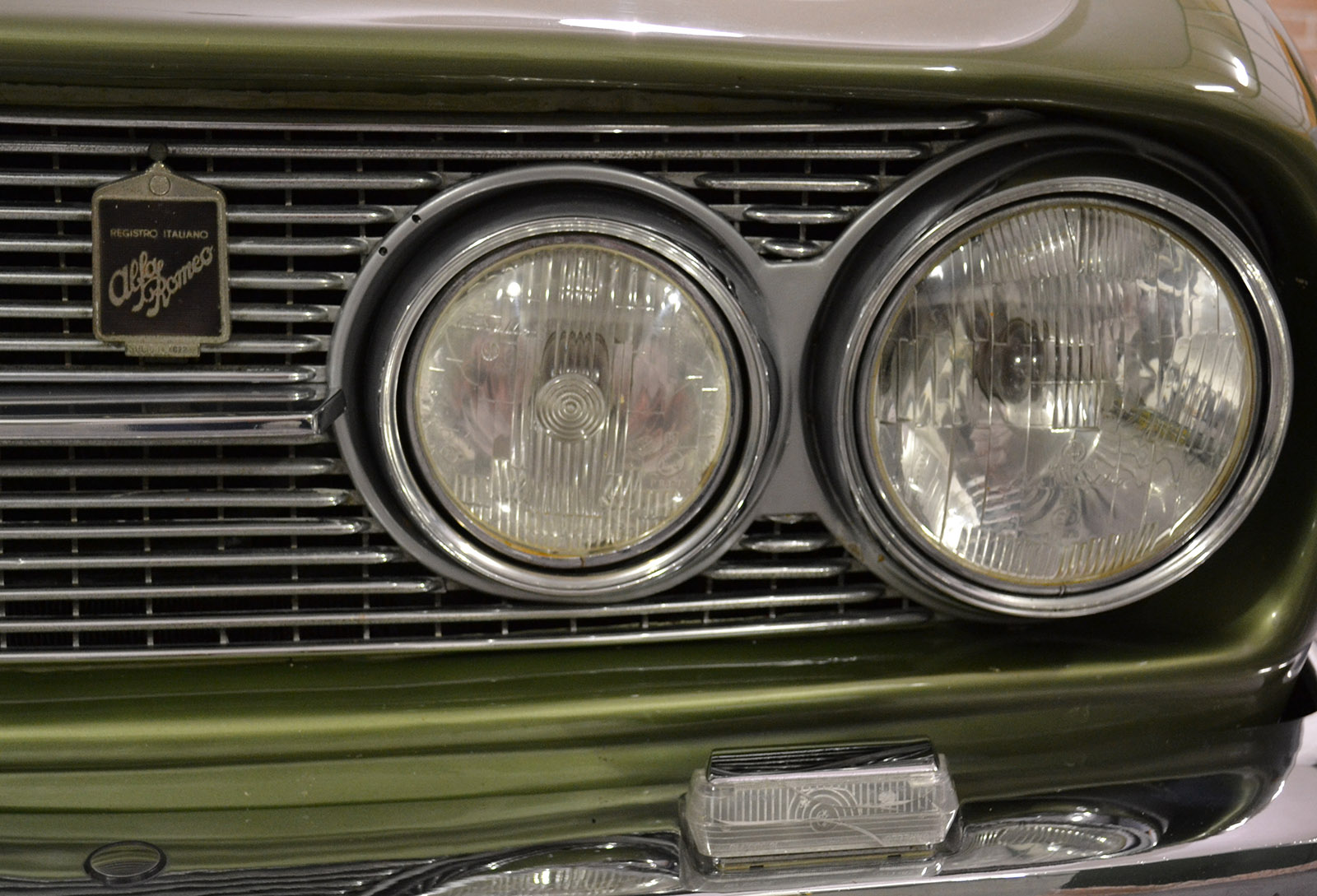 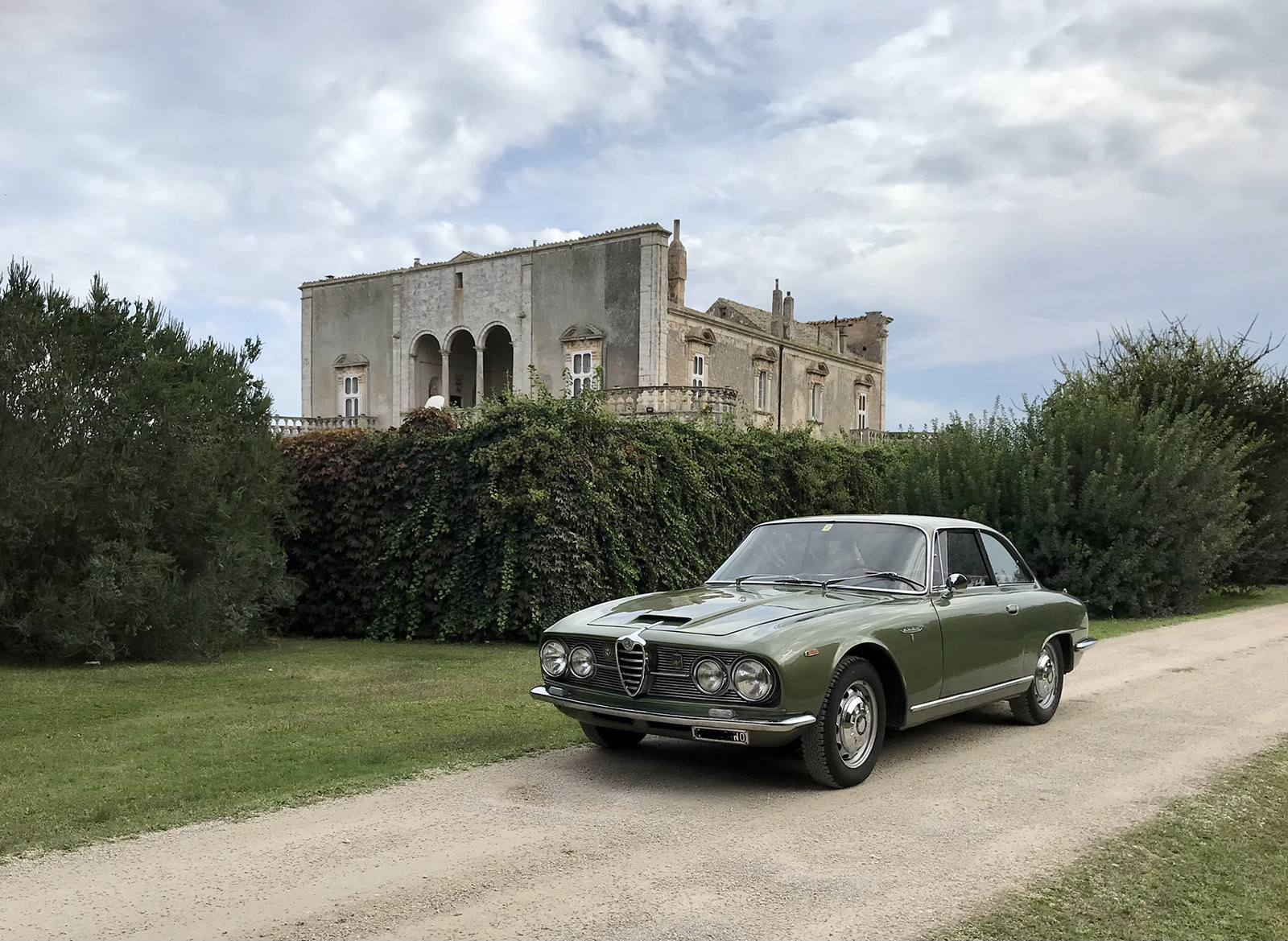 Giorgio looks at me sideways and after a while he utters his verdict: “If you want to change the Solex with Webers you have to change the carburettor man too, the problem is in the distribution, not worthy of that car”. With my tail between my legs I go back to studying the problem and discover that in the Netherlands they produce an electronic ignition system precisely for this model, which replaces the mechanical distributor leaving the vintage aesthetics of the engine compartment unchanged but with an injection of Formula 1 quality. So I decide to try it. Since then, the car has been really sprightly and has never let me go even if, in all honesty, the over 200 km / h of which it is credited has never even touched them at the thought of those thin 6.50 x 16 tires… Althought I believe it can reach that speed.

Do you remember the carabinieri’s sirens? 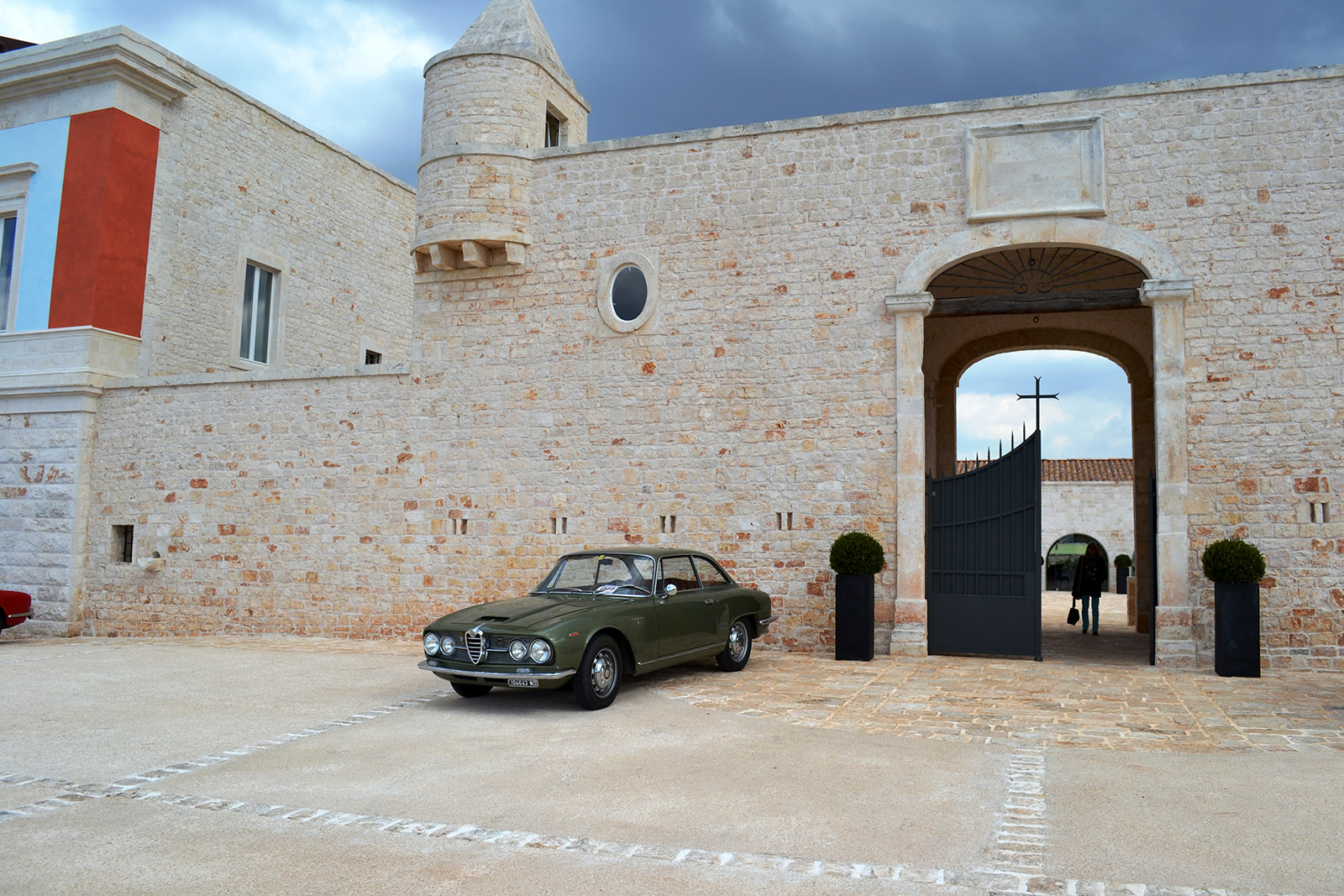