The prewar cars of “Count Rust” are unstoppable!

At the end of the 50s, the latest version of the famous winged emblem took shape when the new Carrozzeria Touring Superleggera factory was opened in Nova Milanese

It has always shone on many of the most beautiful and most prestigious cars ever built. Perfect harmonies of lines and shapes that have seduced élites from all over the world since the 30s. Superleggera, the innovative technique that has optimized the relationship between weight and dynamism thanks to an invention of the Carrozzeria Touring in Milan, dates back to 1936. At that time the atelier was managed by Felice Bianchi Anderloni, the lawyer who had founded it ten years earlier together with his colleague Gaetano Ponzoni. With their motto “Weight is the enemy, air resistance the obstacle”, Felice Bianchi Anderloni – who was a great car enthusiast with a passion for mechanics – has devised and patented the Superleggera system to replace the Weymann lightweight bodywork concept, previously adopted by the Touring with pegamoid panels fixed to the bodies.

Greater production capacity. The rigidity of the structure and of the pegamoid itself caused serious breakages of the bodyworks and for this reason the wood of the bodies was replaced, in a real revolution for the time, with trellises of thin chromium molybdenum steel tubes covered with electron aluminum panels. The body was thus one with the frame, with the skin just laying on it. All Touring cars ahead were built with this system, with the Superleggera lettering perforated in high and low type, affixed to the bodywork. For a long time the patent trademark had an independent life: “Touring Milano” and “Superleggera” were merged much later, around 1960. Meanwhile, at the end of the 40s, the two side wings have been added, granted by the Air Force after the firm had built parts of aircraft during the war. 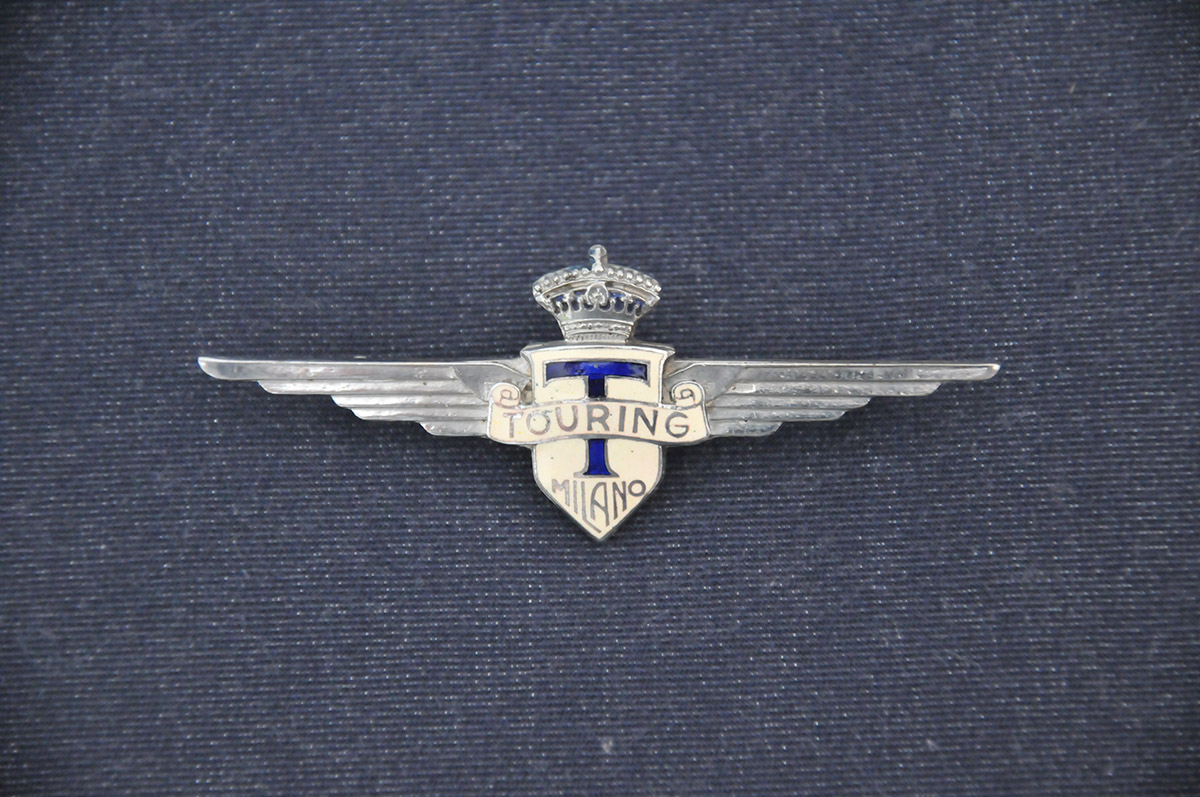 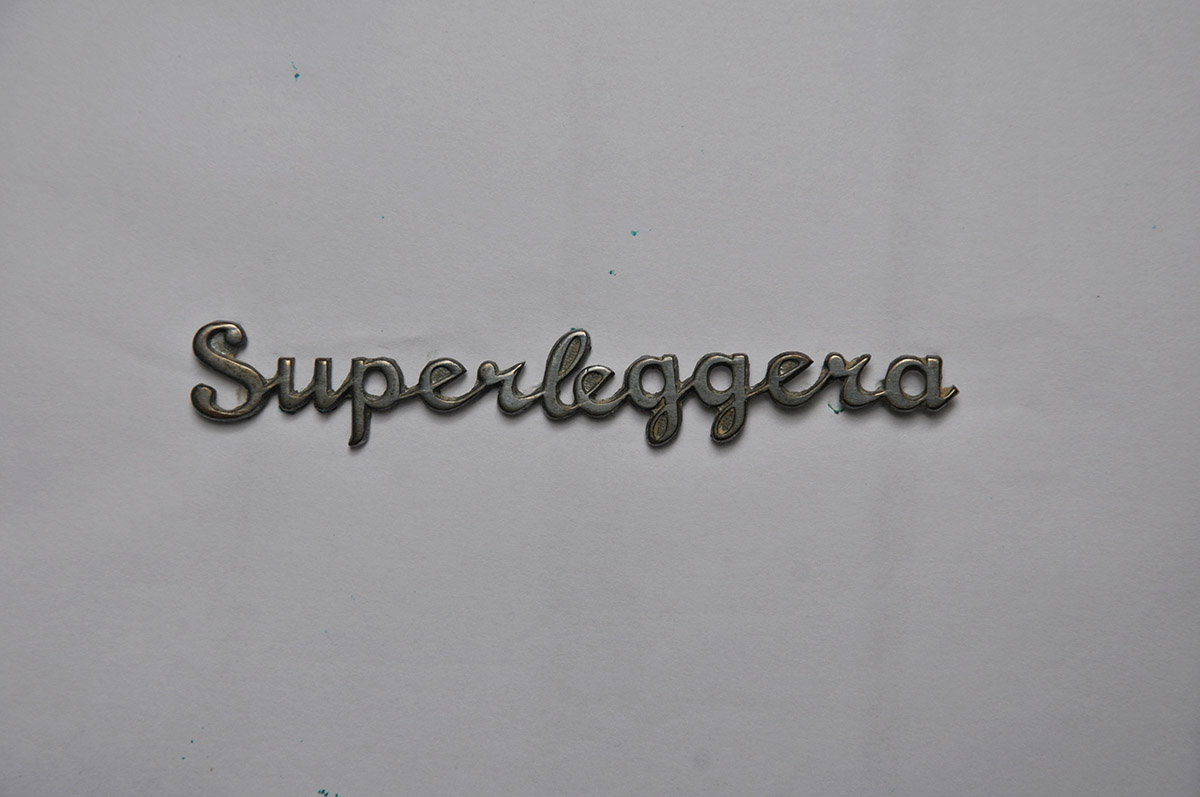 The brand logo’s completion. The integration of the “Superleggera” brand then resulted in the latest version of the Touring logo when the company got transformed into a proper industry. That is when, in anticipation of a more massive amount of work, the entire production was moved from the factory in via Ludovico di Breme, in Milan, to Nova Milanese, near Monza. Here, on a plot of 30,000 square meters – of which 21,000 were indoors – what was probably the largest and most futuristic body shop in Europe was opened in 1961. 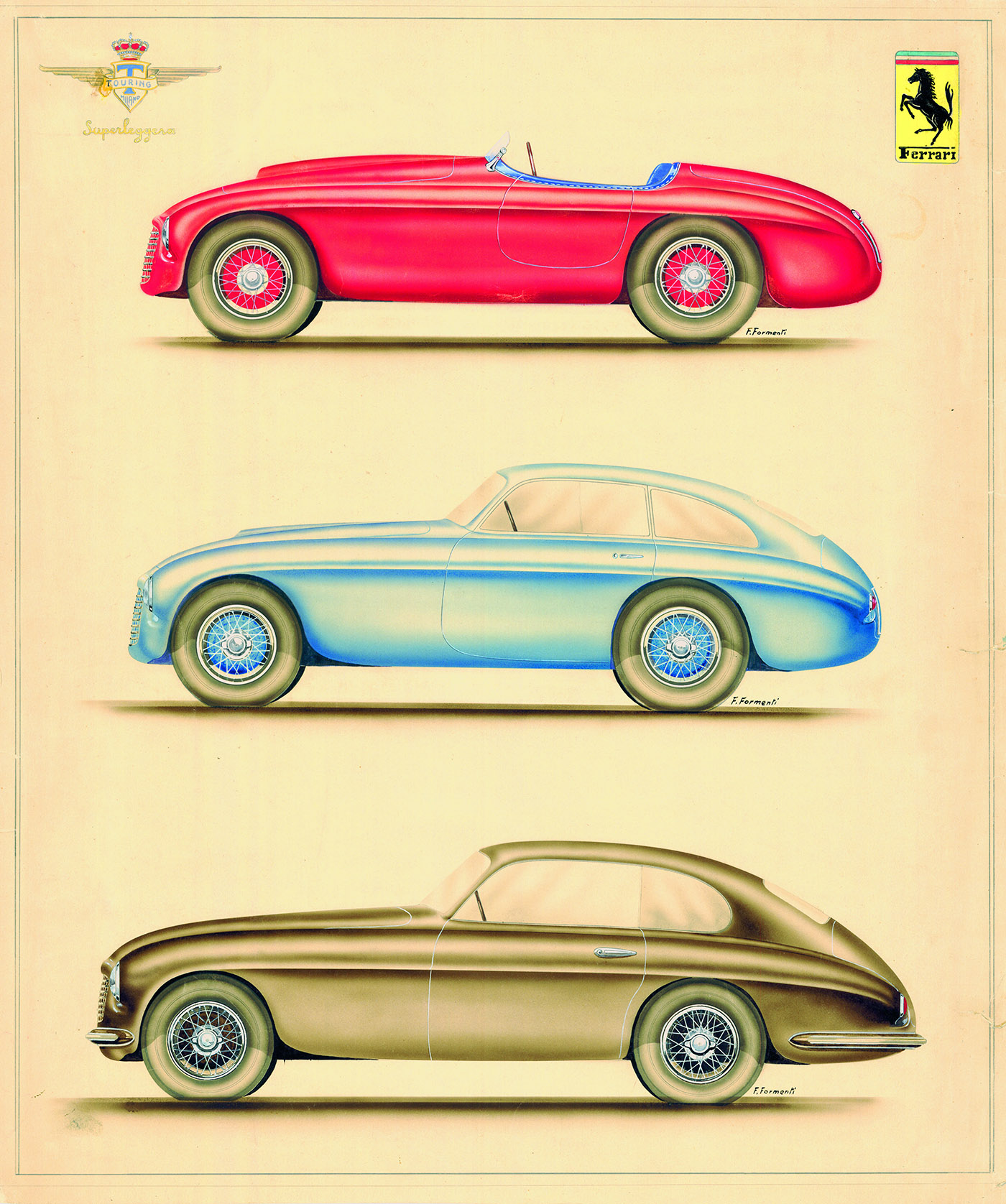 January 1st, 1961. The new factory plant was inaugurated on the first day of the year, 60 years ago. After the entrance, visitors found themselves directly in one of the flagships of the new plant: the painting department. It was white, tiled, immense: it had a capacity of 80 pieces per day. Carrozzeria Touring Superleggera had already created immortal masterpieces at the time such as the pre-war Alfa Romeo racing cars, the 6C 2500, the “Disco Volante”, the 815 Avio Costruzioni, the Ferrari 166 Sport MM, just to name a few. Other than unique creations for queens, emperors and personalities of the international jet set. With its sober lines and formal purity, Touring was already widely acclaimed as one of the most influential names in the world of automobile design. Between 1953 and 1958, in the Milanese factory he had built an average of 288 body shops per year, which grew up to 1,215 in 1959 and, again, to 2,862 units the following year (data: Giovanni Bianchi Anderloni, Carrozzeria Touring Superleggera, ed. Fucina).

Huge spaces, plenty of workforce, high efficiency. The organization of work in the new production complex was completely innovative, with assembly lines for sheet metal, two automatic painting circuits, clothing lines, and an ultra-modern warehouse. The changing rooms, toilets and the canteen were located in a dedicated building. At the time, prototypes such as Aston Martin DB2 / 4, DB4 and Lagonda were in the works; the Maserati 3500 GT and the Lancia Flaminia GT and Convertibile were also in production. In 1962, three of the four parallel finishing lines in the new factory near Monza were used for the coupes and convertibles of the Lancia Flaminia. The body shop was a dream come true that employed 500 people. A dream that costed 2 billion Liras only up to the start-up phase and too soon pulverized between the stamped papers of the receivership and then of the arrangement with creditors, until the liquidation in December 1966.

Seoul Vibe: the film that brings the history of Hyundai to the screens 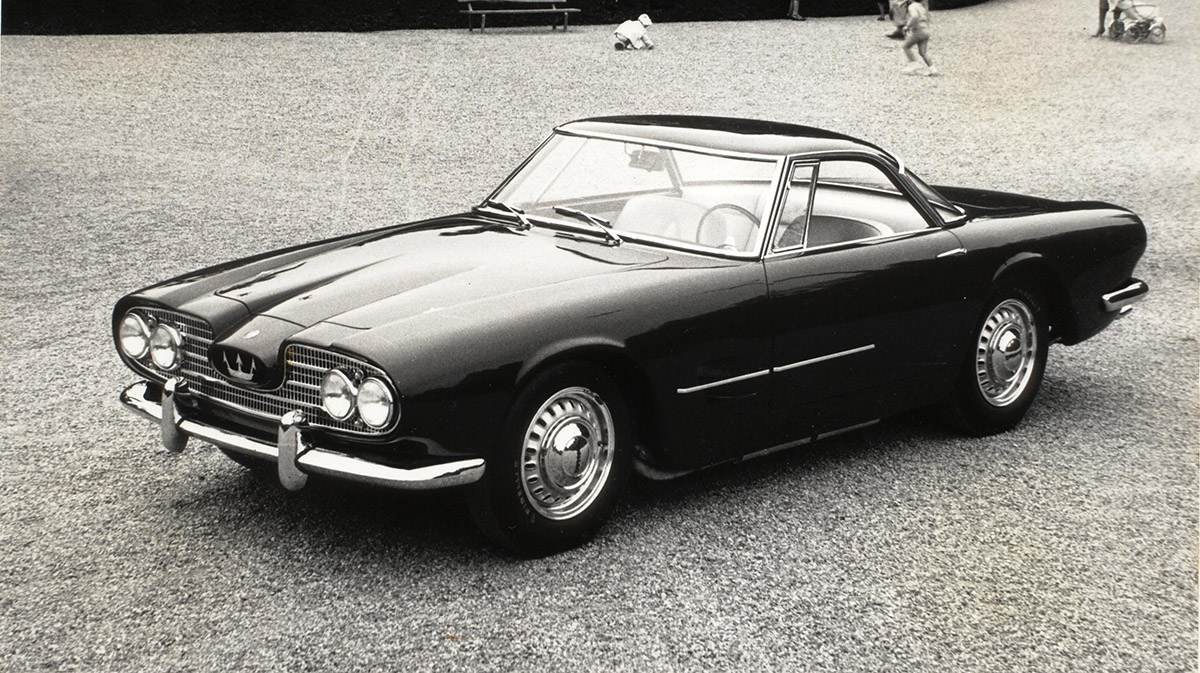 Something going wrong. The combination of the trade union strikes of the period, which in fact affected all the Italian car manufacturers for which Touring worked, and the orders that had been announced but not maintained, unleashed a lethal mix for the body shop, which in four years was seen moreover, even the orders already confirmed are faded one at a time. Like the Touring-licensed construction of the Aston Martin DB5 and DB6 Vantage in England which was suddenly problematic. Then, after a thousand units built, there was a slowdown in relations also due to the creation of the Autobianchi Primula Coupé S and, another blow, the failure of the British group Rootes Ltd with which Carrozzeria had reached an agreement in the 1962 for the assembly of a modified version of the Sunbeam Alpine roadster, the Hillman Superminx sedan and the creation of the Sunbeam Venezia coupé.

Sunset of a myth. The Fiat 124 C Cabriolet, which was to be built by Touring after its presentation at the 1966 Turin Motor Show, also failed: it was well acclaimed by the public but the Avvocato Agnelli did not want to risk burning the Fiat 124 Spider, which at that time was being designed by Pinin Farina. Therefore, after a long resilience, the Touring finally crashed to the ground like a dying animal. A final offense was also reserved to it, namely the company archives set on fire. Yes, because the new occupants of the plant on the outskirts of Milan did not hesitate, in the rush to settle down, to burn the papers found in the offices. Carlo Felice Bianchi Anderloni, brilliant continuer of his father’s work since 1948, was able to save only a small part of the documents, because when he was warned by a former employee who had noticed the bonfire it was already late. He rushed there and started retrieving the sheets with tears in his eyes, while forty years of successes that formed the basis of Italian style – as well as forty years of his life – were turning to ashes.