Castell’Arquato-Vernasca, Colle Sant’Eusebio, Savona-Cadibona… In the race, at the end of the 60s, this example gave goosebumps

Light, powerful, easy to drive thanks to the front-wheel drive. With its 4V engine type 818302, this 1968 Lancia Fulvia Sport Zagato Competizione, no. 1903, flies. As soon as you touch the pedal, it clicks and responds nervously. Also thanks to the bodywork, typical of the version, lighter than the road variant. With holes in all moving parts but also on the body and roof, as well as in the engine compartment. It was bought new by Guido Caffi, uncle of the 1990s F1 driver Alessandro Caffi.

Guido was a dealer of various brands including Fiat, Lancia and Abarth. He bought this car in 1968 to devote himself to racing. He was from Rovato, in the province of Brescia, and he enrolled Lancia in the Brescia Corse Scuderia. Not just any team, inside there was all the past of the 1000 Miglia. He participated in the Savona-Cadibona, the Castell’Arquato-Vernasca, the Felice Trossi Cup. And many other speed races of those years. He placed himself well, often in second and third place. Sometimes even the first one: the Fulvia thus began to have a decent palmarès. Other brilliant results followed the following year, until the driver decided to resell the car and switch to an Alpine. 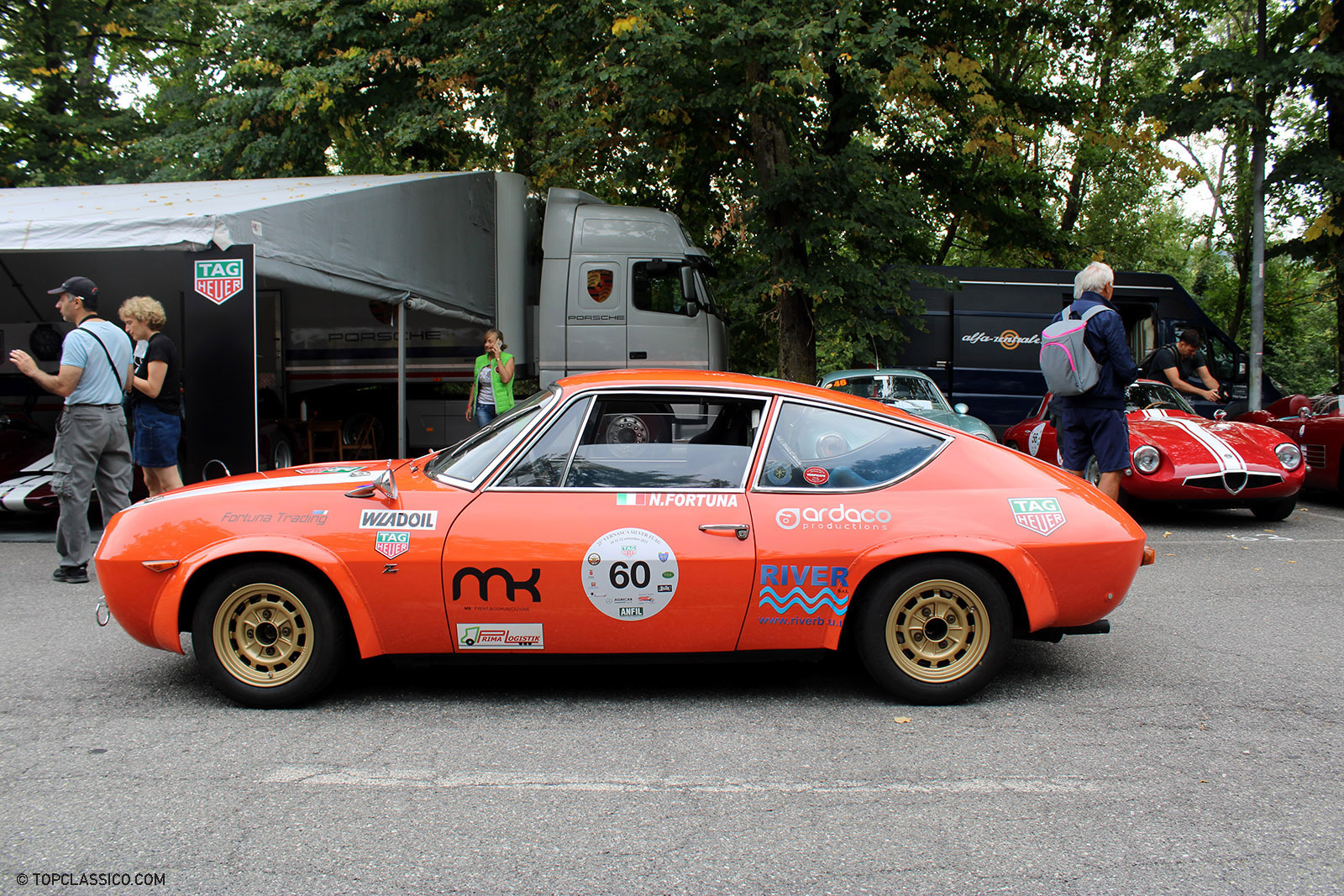 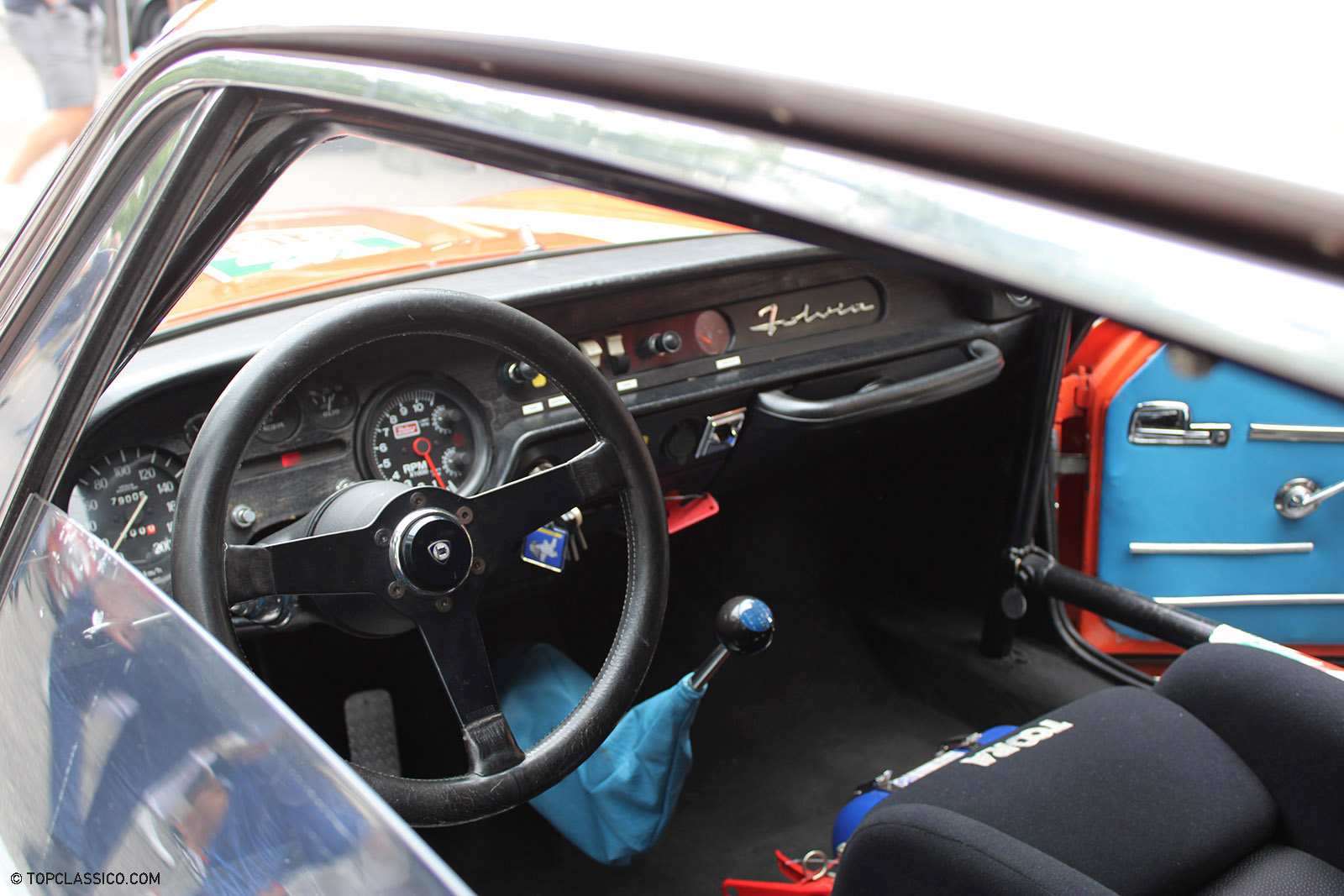 At that point, a period of oblivion opens up for this thrilling wonder, years go by without anyone knowing anything about it. Until in 1996 Guido Caffi buys it back, brings it back to have it prepared by the Facetti Brothers in Cormano (near Milan), restores it and runs back there. No longer in the Racing category at the time but in the Special GT class, in the historic mountain speed championship. The car them returned to the same races it participated in at the end of the 60s and also to the track. It wins even more, it is always in first and second position. But here the owner is again selling it and the Lancia Fulvia falls into oblivion. With the following handover, a gentleman from Trento who didn’t use the car bought it. Later the Fulvia began its third life, in the hands of Guido Belli, a manufacturer of household linen with a passion for racing.

He drove it to Cividale del Friuli, get it ready again and entered the European Historic Mountain Car Championship. He used to race in Croatia, Slovenia, Austria and Switzerland, as well as in Italy. He was not a monster of skill, his level was certainly lower than that of Guido Caffi. However, even if he didn’t win, he ranked. He rarely reached the second position, but on the third attempt (in 2008) he became European champion of the classic car mountain in the GT 1300 category: he had not won even one victory but had took part in all the races and the general classification was favorable to him. “When I saw the car at the Chianti Cup in 2008, I asked him if it belonged to him and if he wanted to sell it,” recalls the current caretaker, Nicola Fortuna, a lifelong gentleman driver. 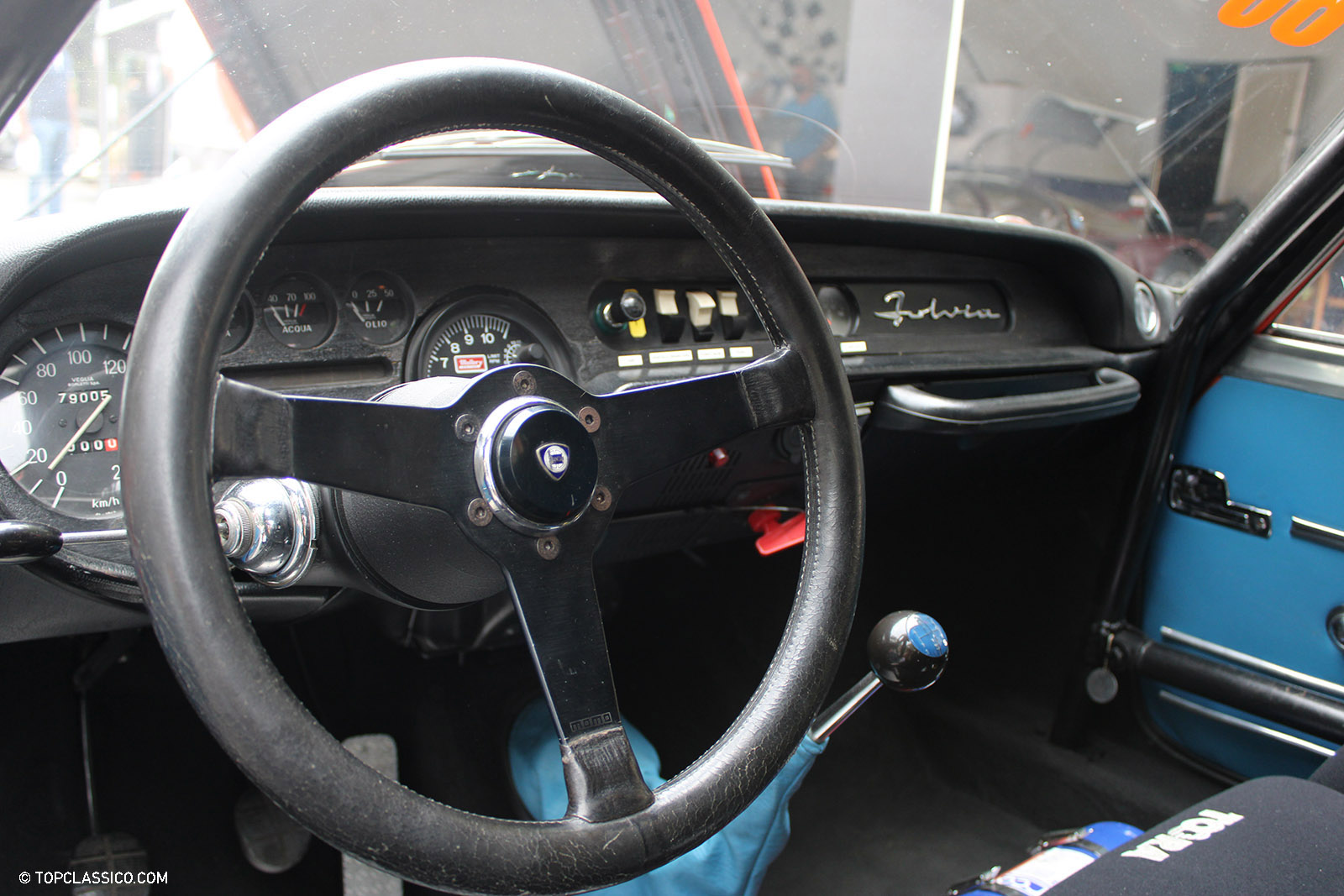 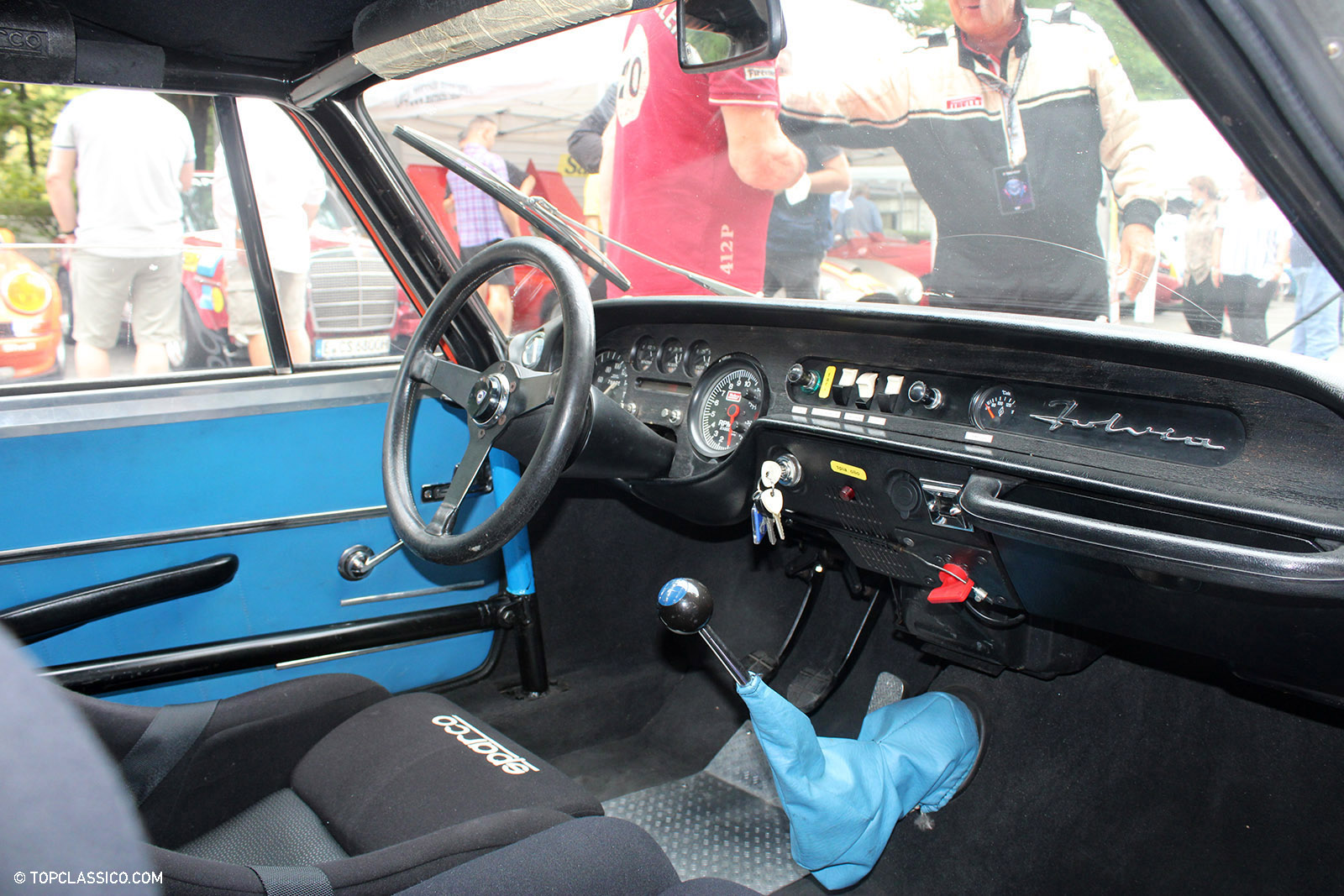 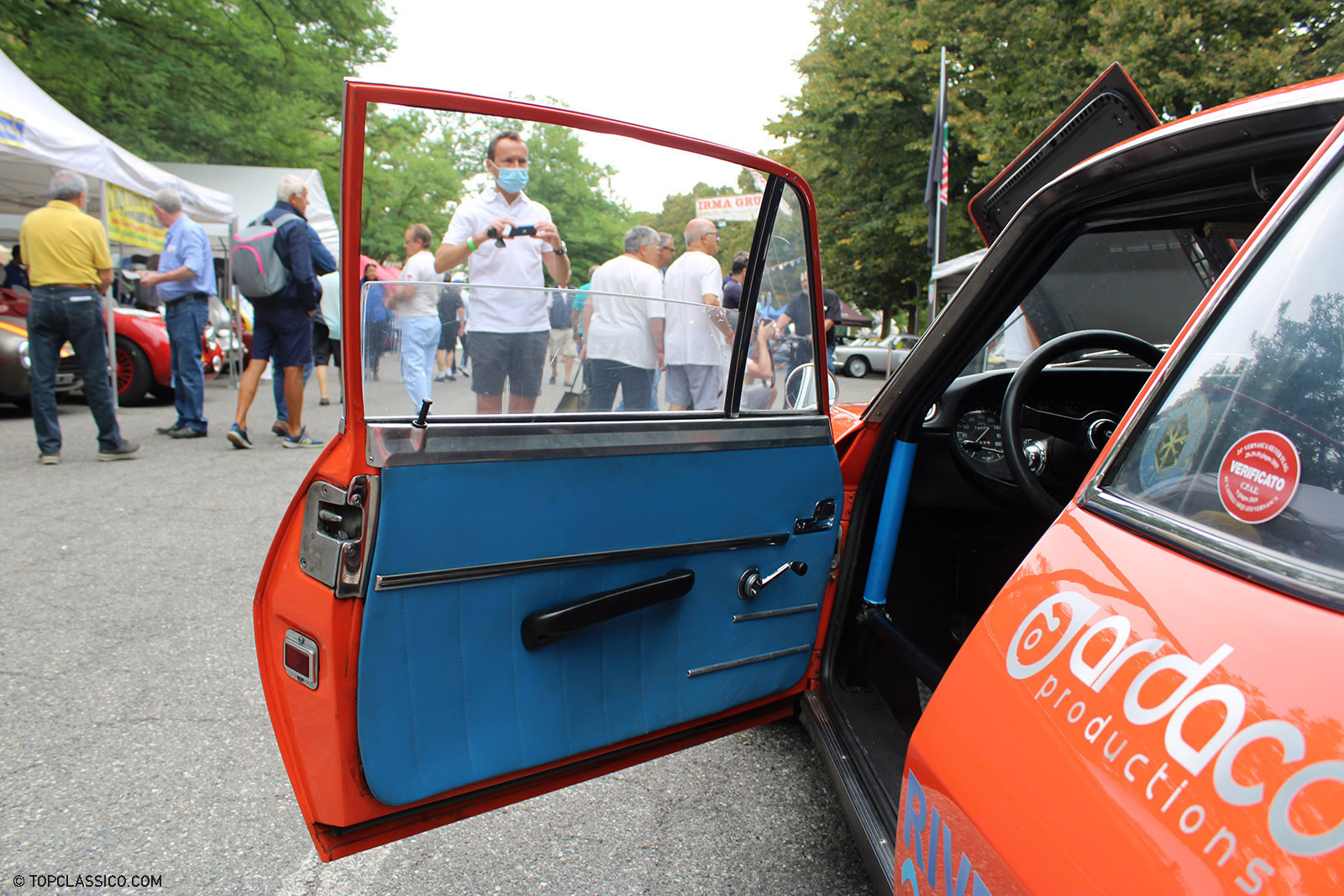 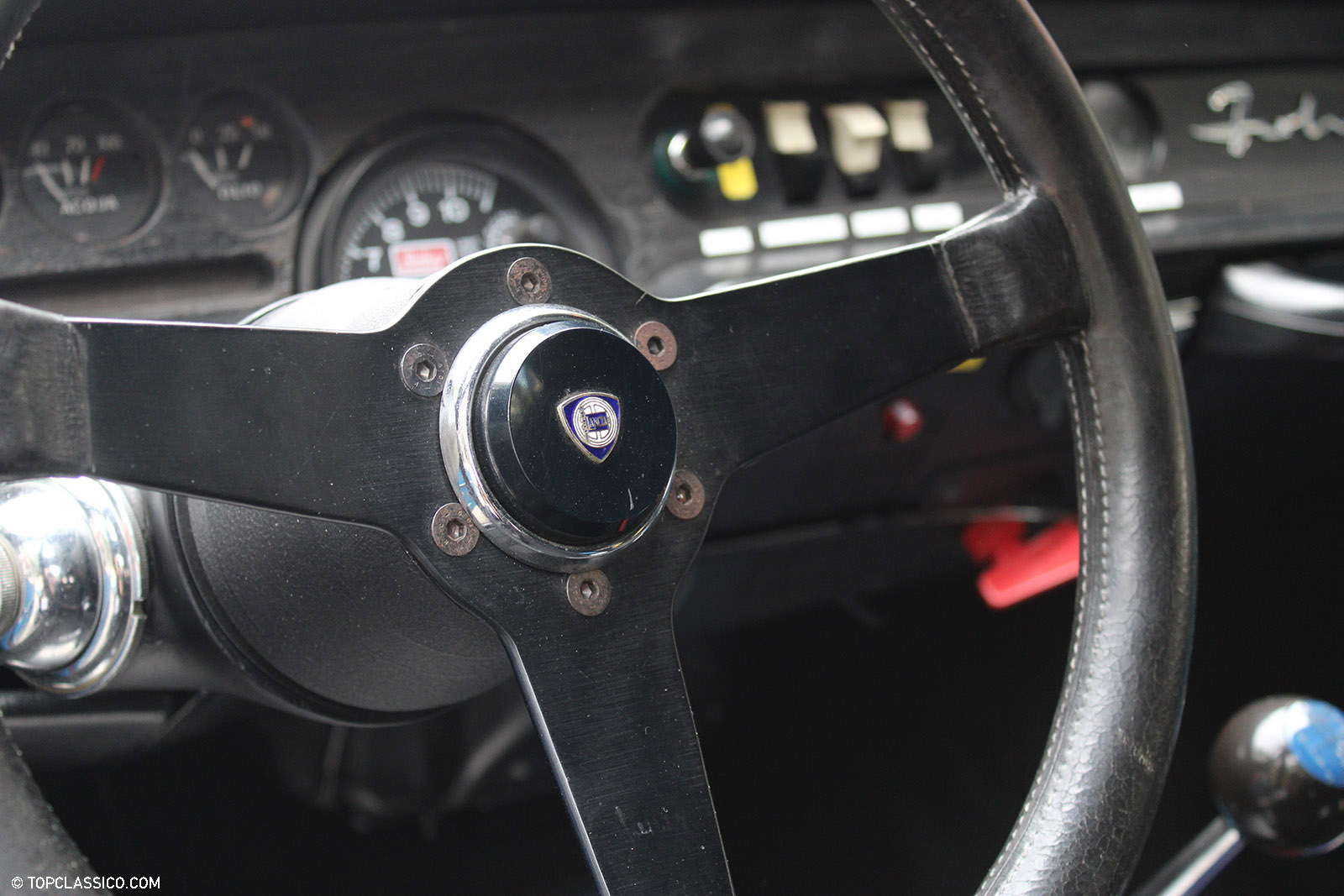 Before making the name of this Lancia Fulvia Sport Zagato Competizione (pictured here during the 2021 Vernasca Silver Flag, 2021 Vernasca Silver Flag), Nicola had to wait a long time. At the first request, he received a categorical no. At which he left a business card of his to the owner at the time hoping he would change his mind. The call came after two years. “We met at the Novegro fair, we set a price on which we both agreed, I gave him the deposit and he began to tell me “You know, you need to be convinced of what you are doing…”, recalls the enthusiast. “I replied that I was 100 percent convinced but he continued to instill doubts in me and invited me to go and try the car, so if by chance it turned out to be not to my liking, I could have the sum paid back”. In January, the Milanese driver sat off for Cividale with a mechanic in tow and tested the car. And again he was told that “if you change your mind, I’ll give you all the money back”. A continuous hesitation that began to take on the tone of an invitation to renounce. Not even so veiled! 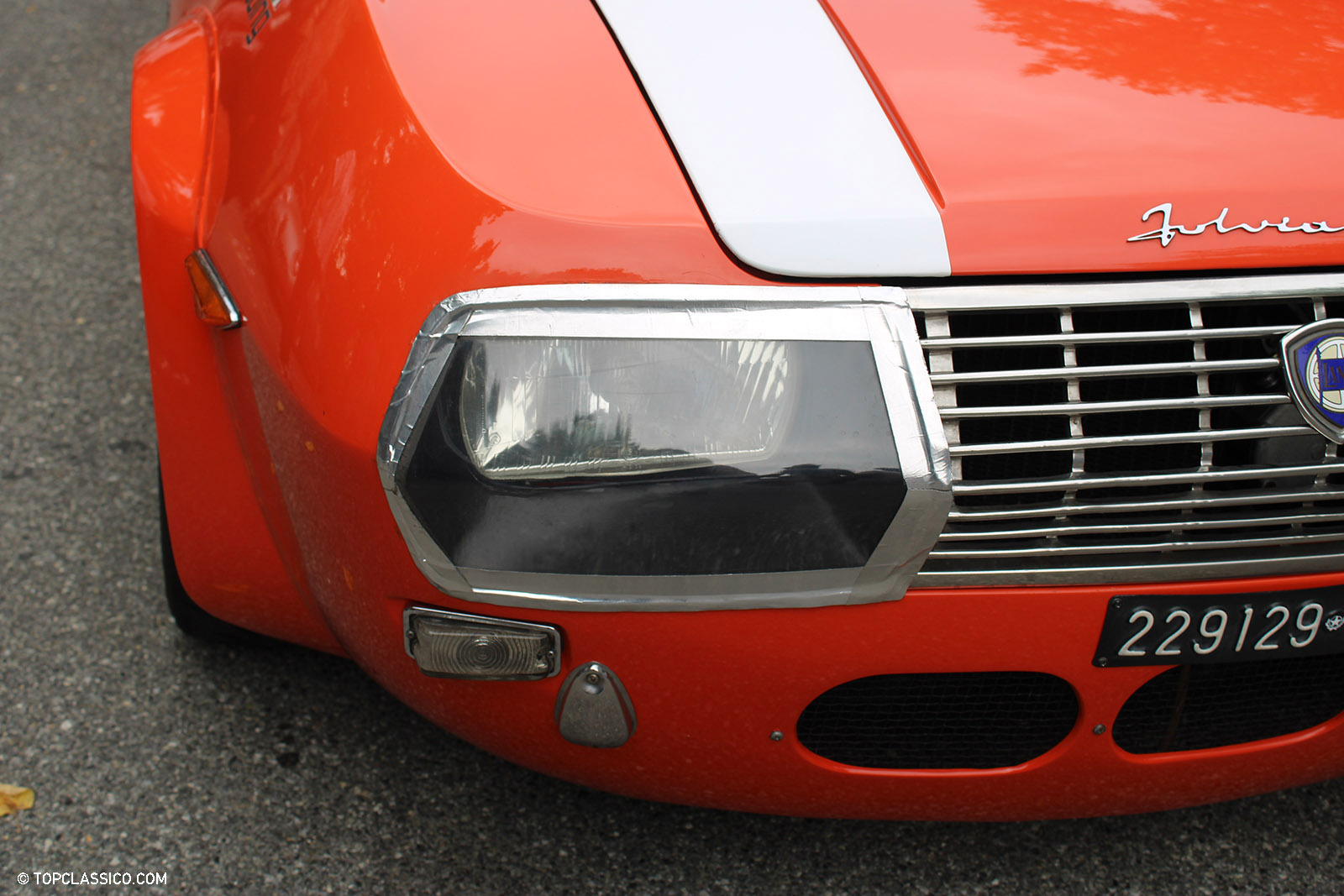 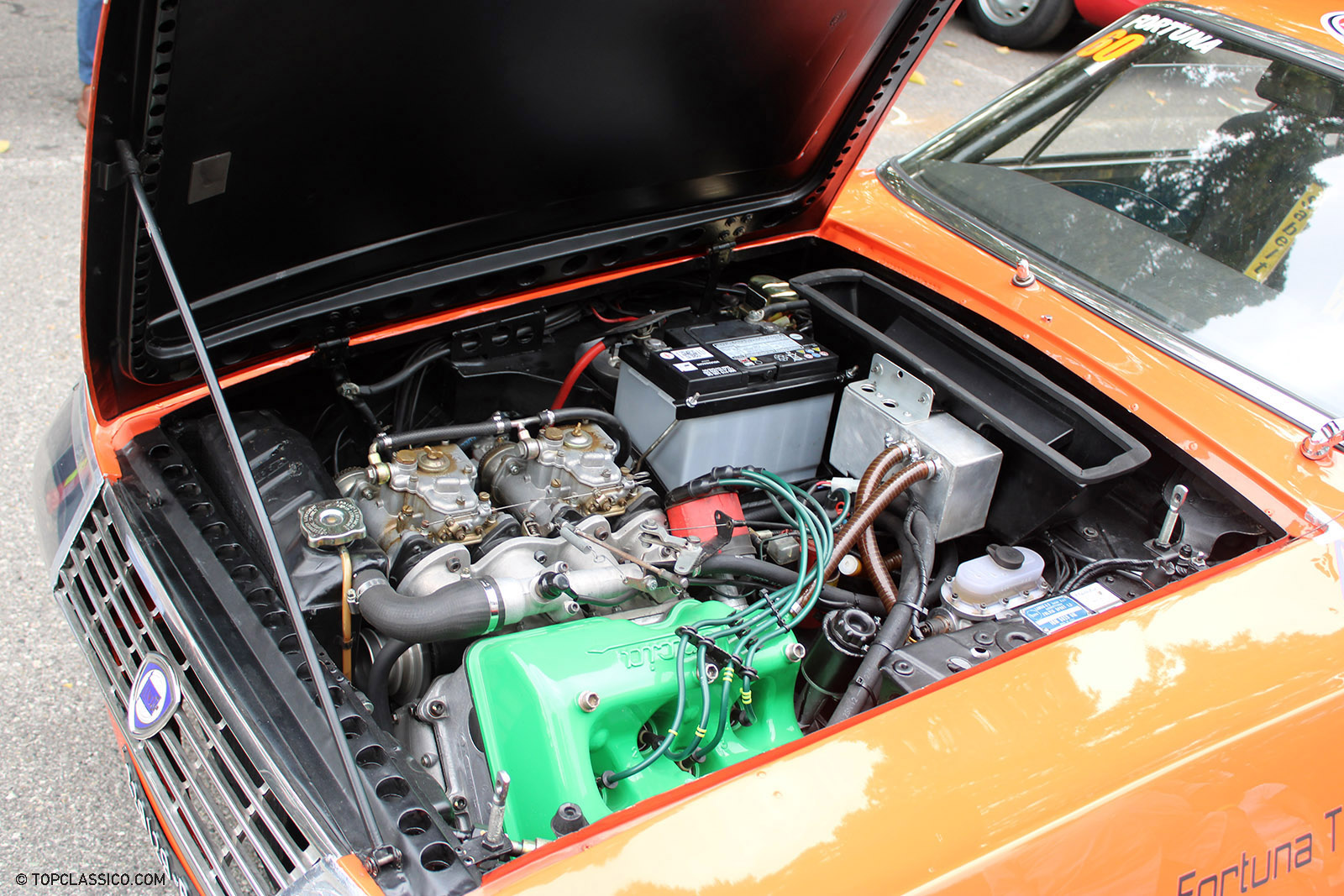 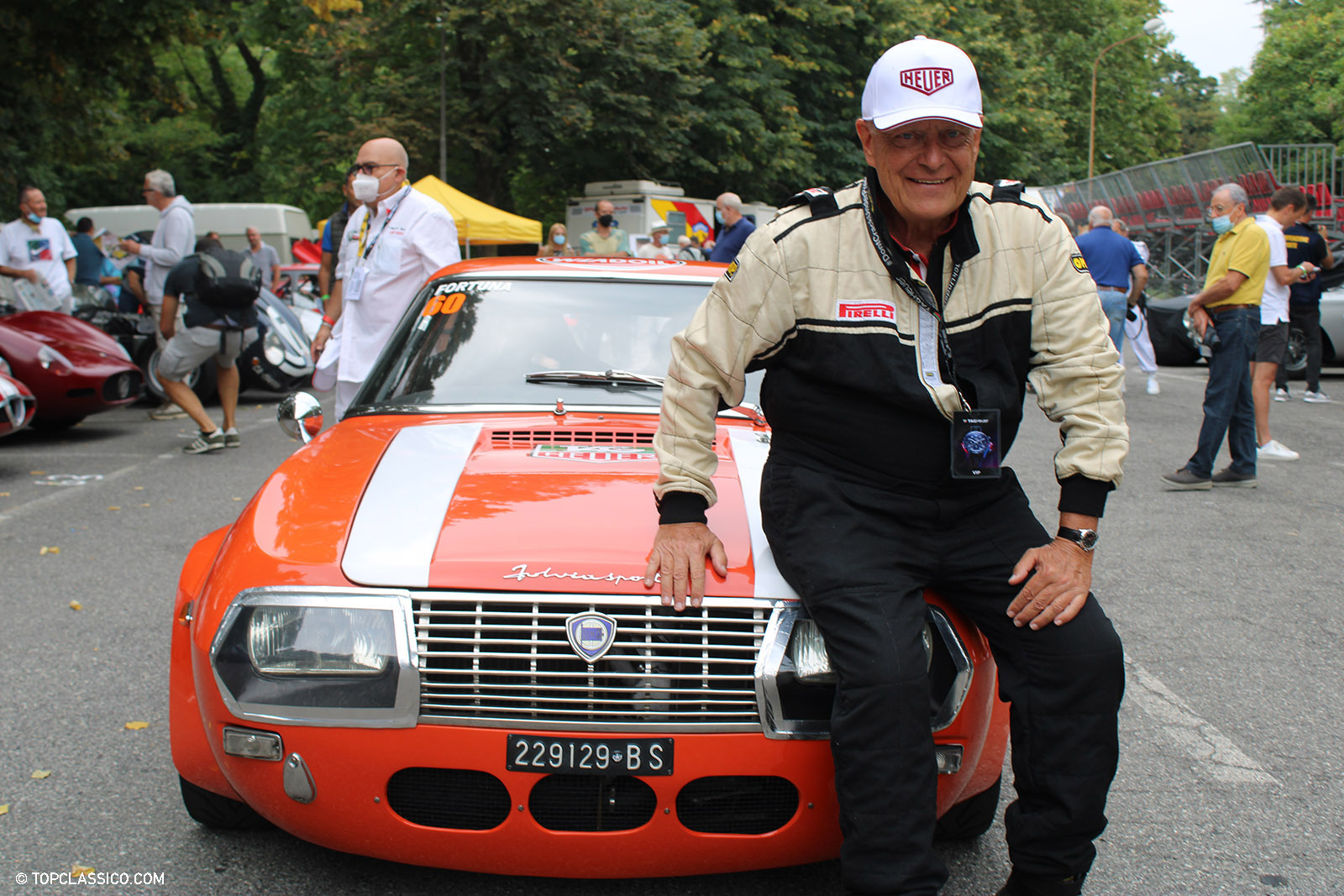 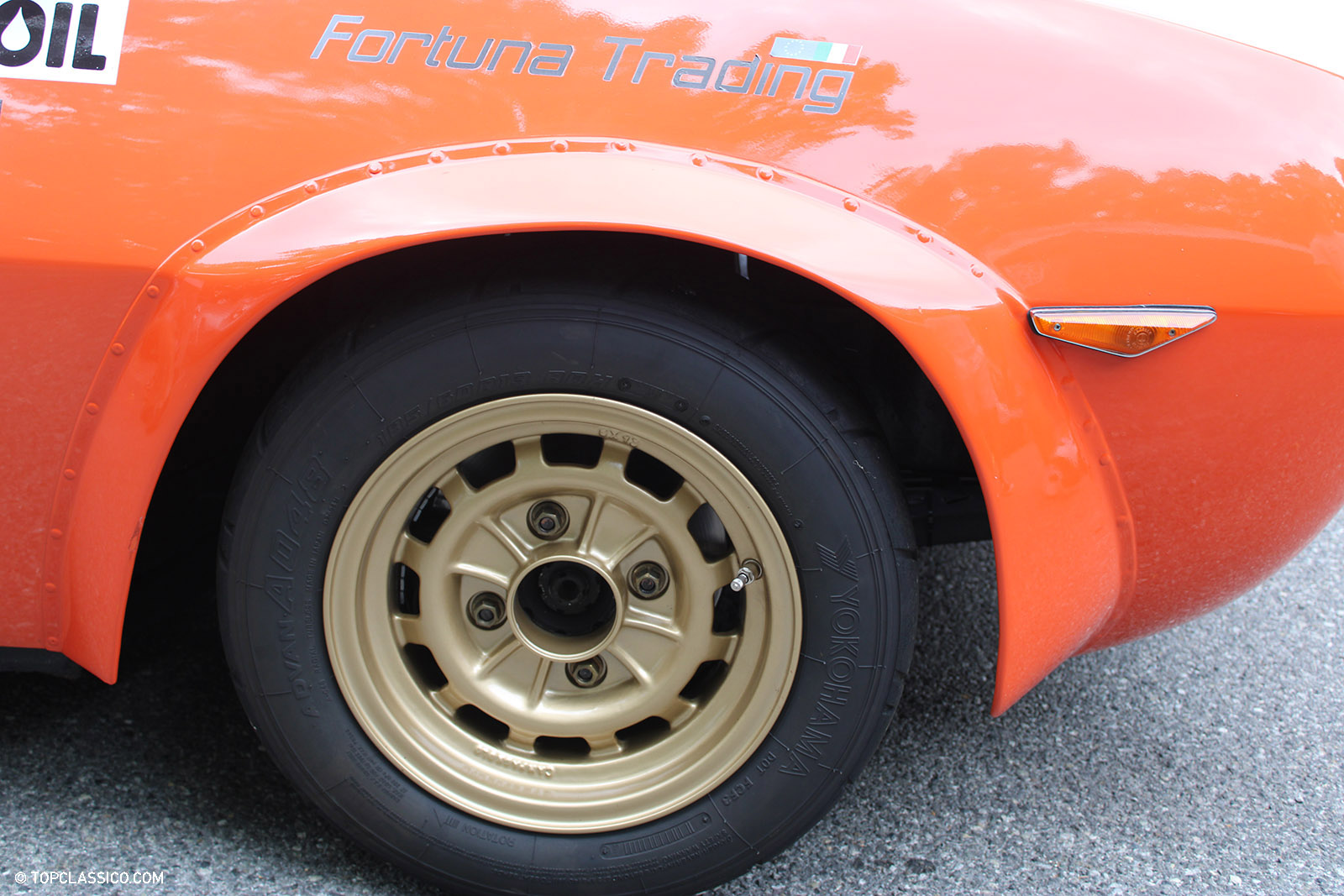 March arrived, the two went to the agency for the practice of the change of ownership. They signed. Until the last minute, the seller went on to say that if the buyer changed his mind there were no problems. Only later, pursued by the new owner, he revealed the reason for such a hard-fought sale. It turns out that he had had two or three scares, had come close to serious incidents. But since the car is made by hand and is rare, his heart cried to sell it. “He went away without looking back, his eyes were wet”, Nicola Fortuna says. “Then, for a long time, he called me to find out which races I would go to run, he followed Fulvia and checked if it was in the news”.

After an overhaul, a carburetor check and a change of two camshafts, this rare marvel didn’t take long to get back on track. “As I received it, I kept it: the restoration was very minimal” says the owner. In Imola, with this European champion, in the rain, in a 4 days competition, his son Sébastien had the satisfaction of putting the wheels in front of an AC Cobra, a Ferrari 275GTB and a Porsche 911S 2.4. Definitely not bad for a 1300cc. Previously, in 2014, at the Bologna Motor Show the owner had also won some two-handed challenges. 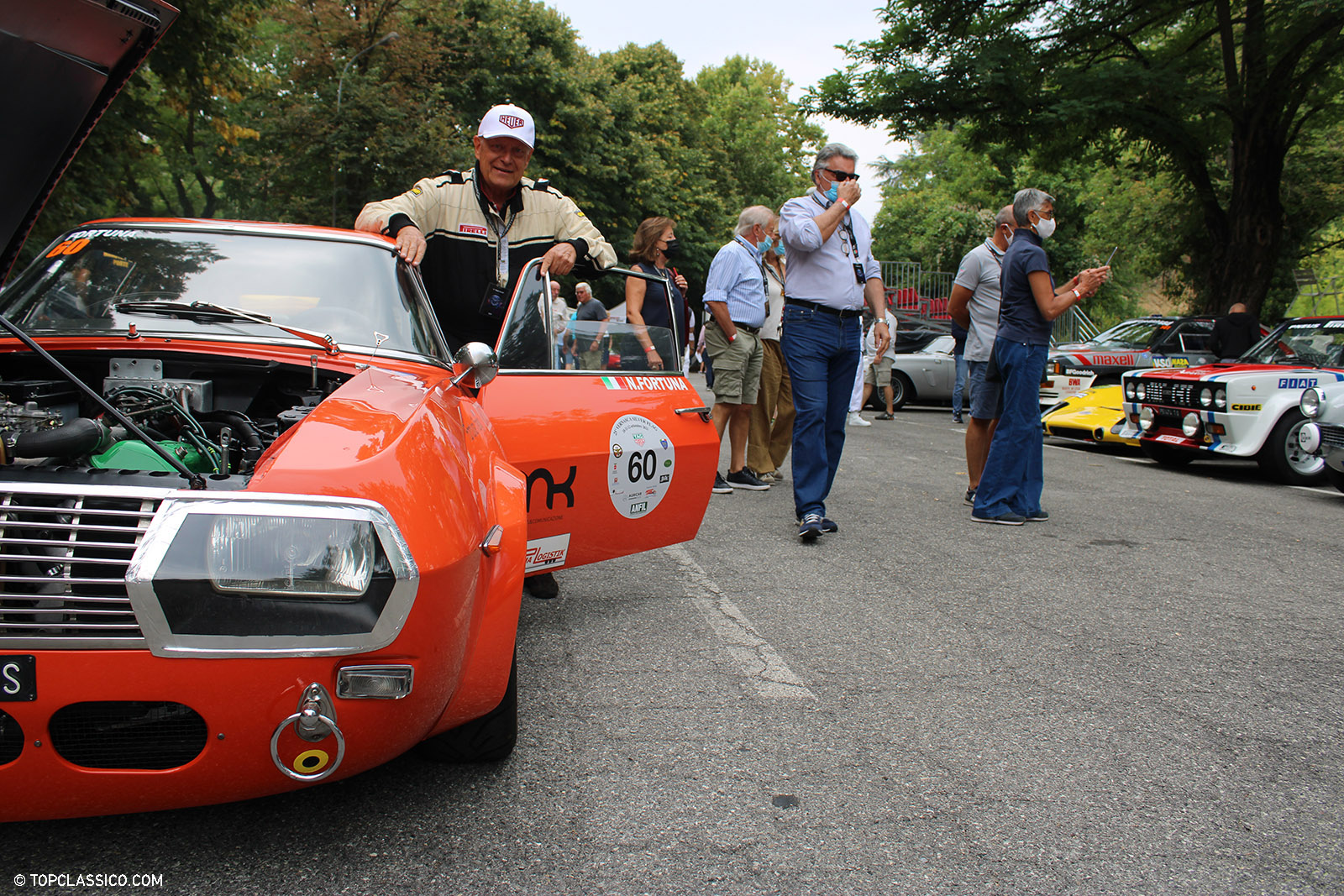 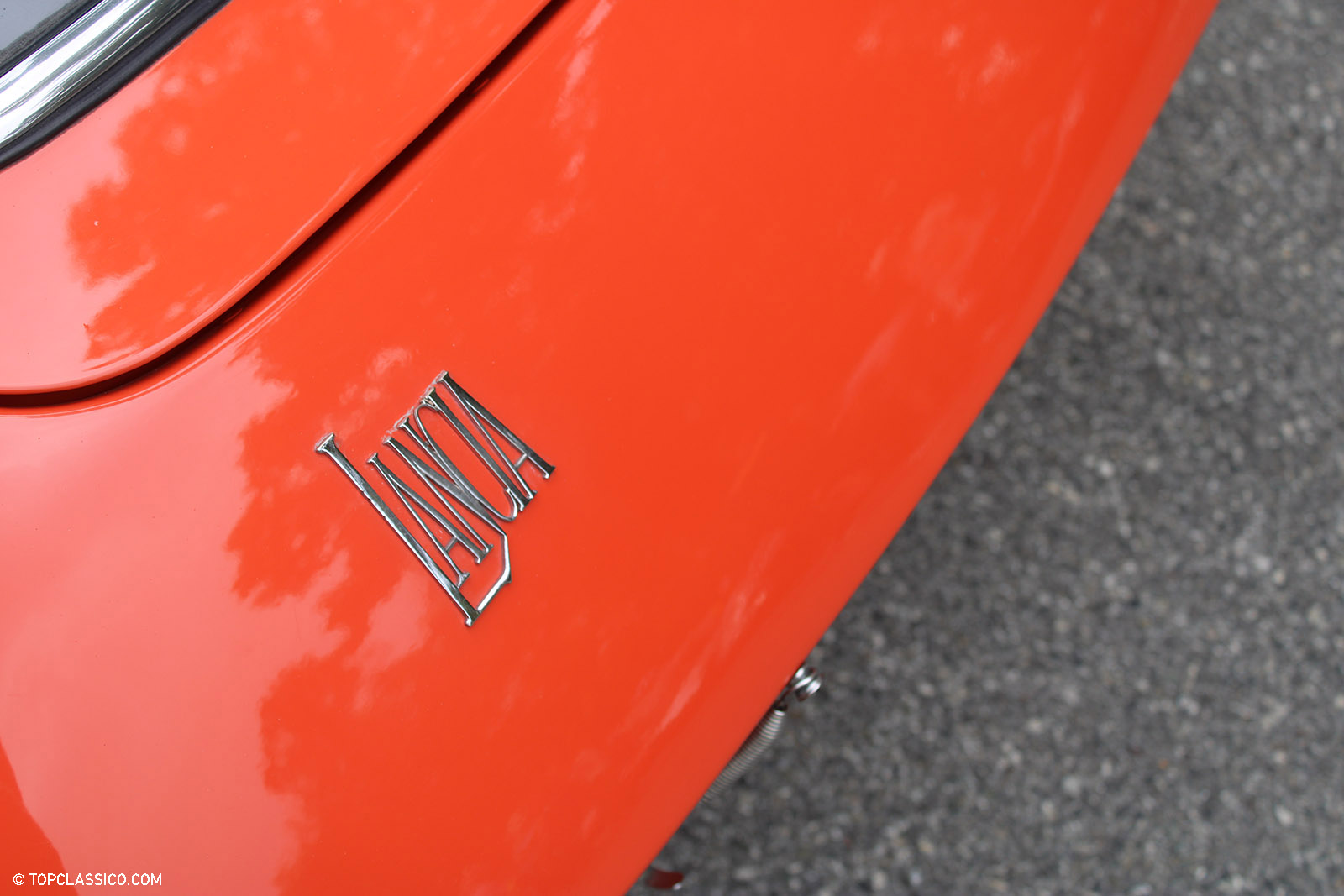 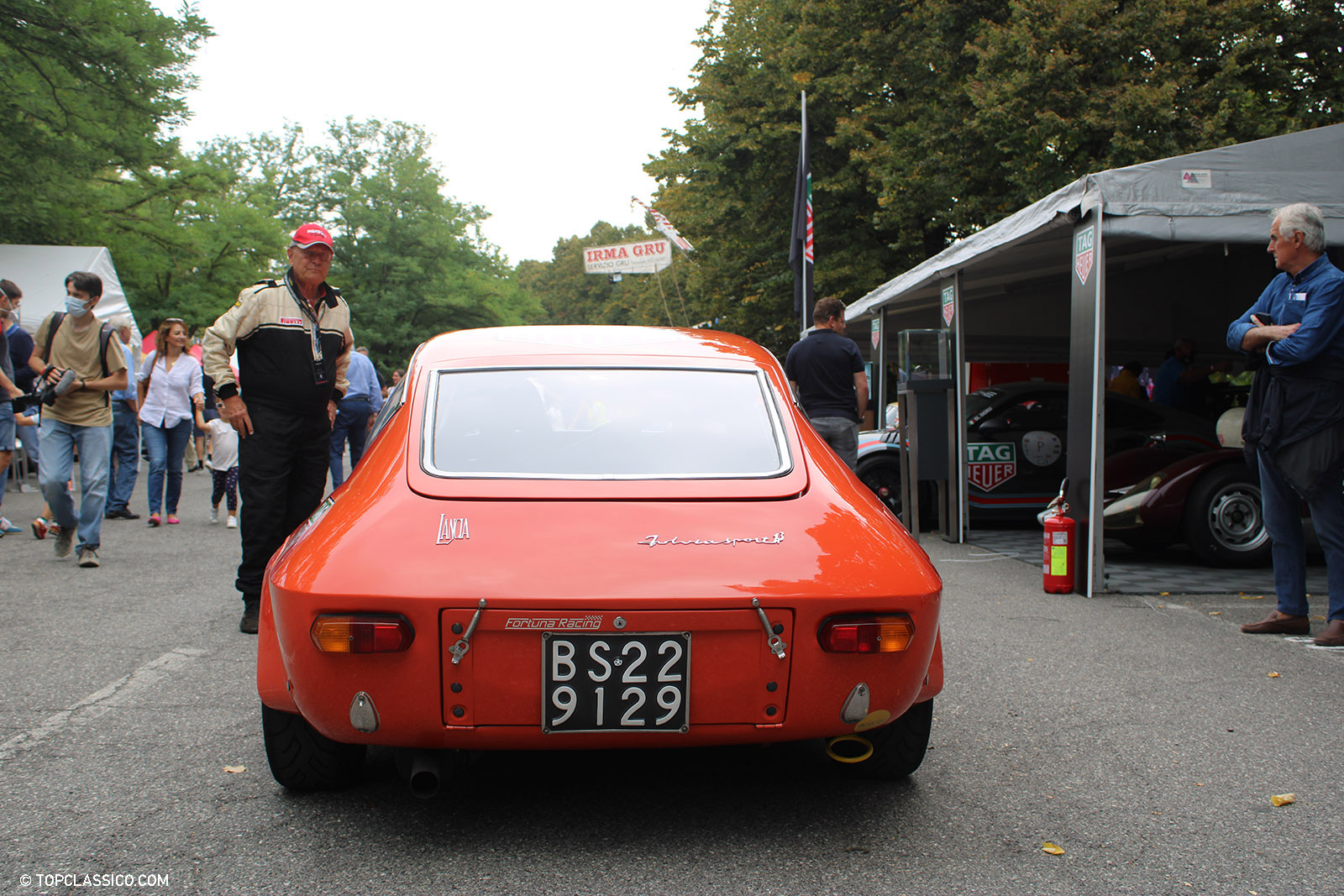 Encouraged by the first successes, Nicola Fortuna begins to take the Fulvia to the hill climbs and to run the slalom in Asolo, a mini uphill race over 3 km, again in 2014. Then the Pedavena – Croce d’Aune: “I did it three times and I have always won the Special Gran Turismo class”. And also the only time at the Modena Cento Ore, the Fulvia reached mid-table. Another trophy, but of a different kind, was instead the one that was due to the Vernasca Silver Flag, the wonderful event that commemorates the Castell’Arquato-Vernasca every year. Here, on the corners where the car was raced in 1968 by Guido Caffi, the Lancia Fulvia Sport Zagato Competizione won the prize in 2010 as the most representative car of the edition. A remarkable recognition, also considering the caliber of the competitors who return every year on that much loved uphill stretch. 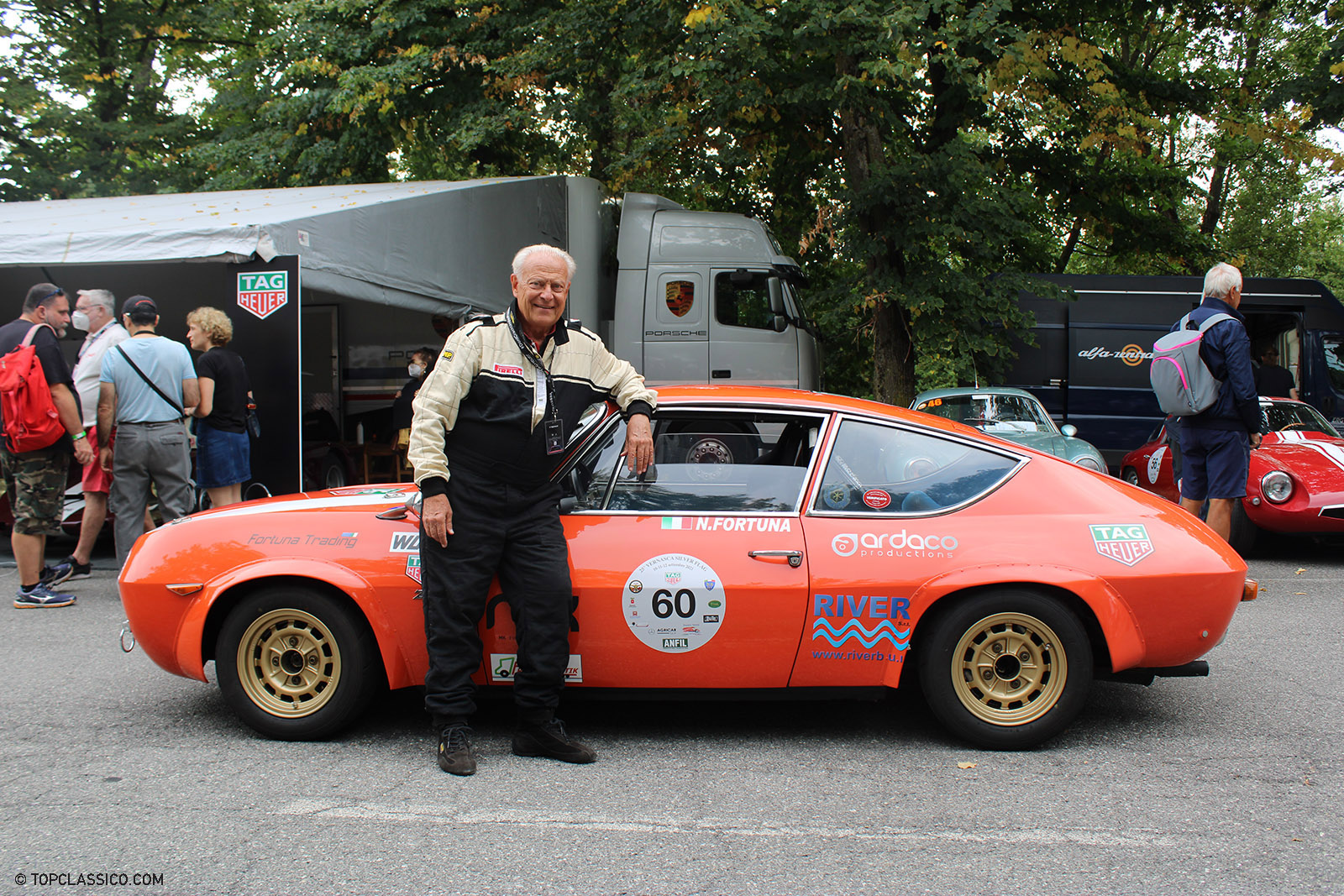