Seoul Vibe: the film that brings the history of Hyundai to the screens

Full of charm and incredibly authentic, the Model G chassis 395 is the main character in international contests of elegance and was among the cars of Count Emanuele Cacherano of Bricherasio

The 1901 De Dion Bouton Model G chassis number 395 not only represents an extraordinary fragment of automobile history and a very rare testimony of early 20th century technology but also had a first owner who was a major figure in the pioneering era. The ancienne is in fact attributed by a certain source to the young Piedmontese who first promoted the creation of Fiat. We are talking about Count Emanuele Cacherano di Bricherasio, a wealthy former cavalryman with a charitable heart, with a strong passion for engines. It is no coincidence that it was in his building at number 20 in via Lagrange that on 1 July 1899 the deed for the establishment of the “Società Anonima Italiana Automobili Fabbrica Torino”, later “Fabbrica Italiana Automobili Torino” (Fiat) was signed. A solemn moment which, by the will of the count, was subsequently immortalized in the famous painting by Lorenzo Delleani, visible today in the Fiat Centro Storico museum. 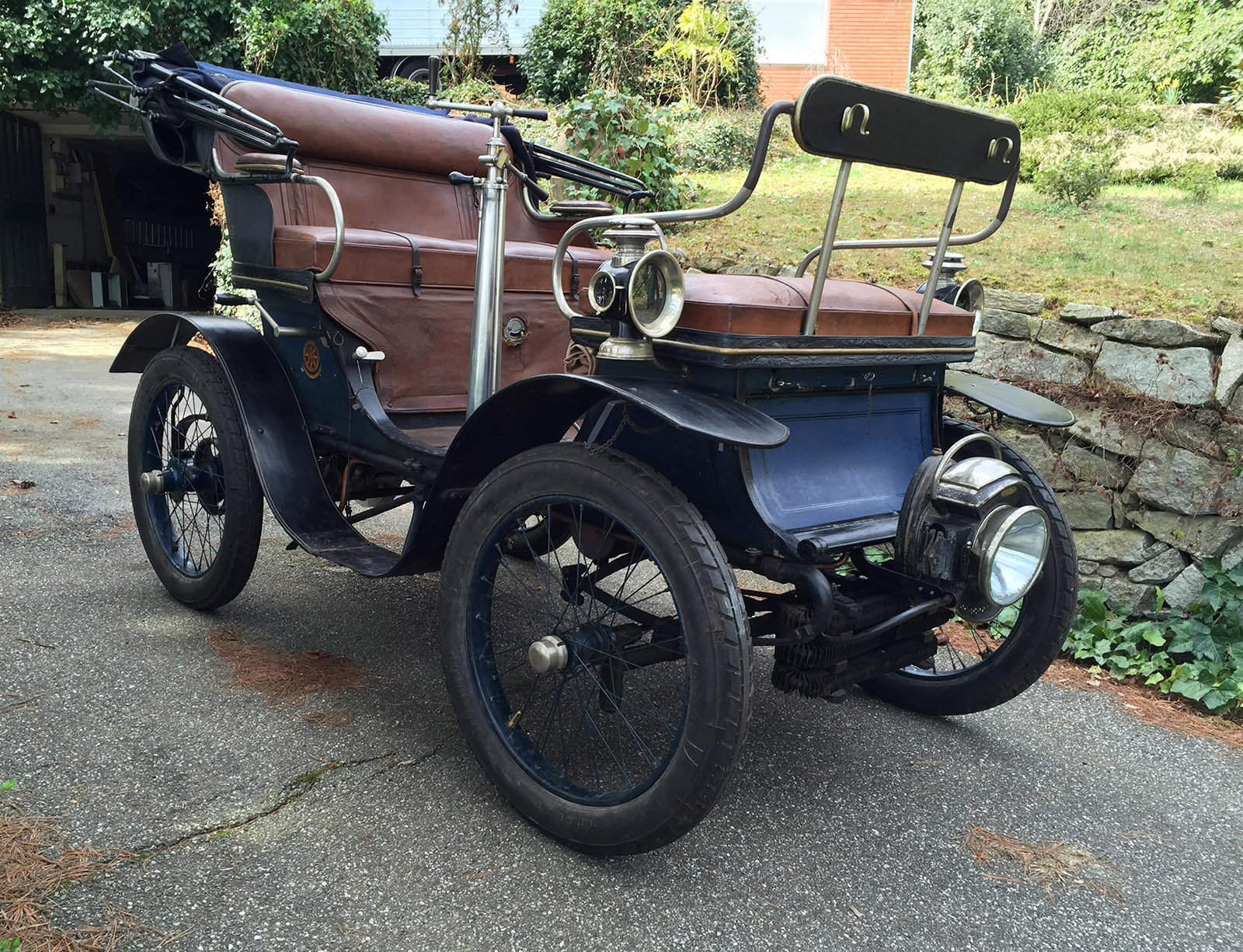 Enthusiasm for motorization. A year earlier Emanuele Cacherano di Bricherasio had founded a partnership with one of the Ceirano brothers for the production of a 3 HP Voiturette with a water-cooled engine. The vehicle, which was called Welleyes, was in great demand but more financial resources were needed to start a more serious production. And here the young blue-blooded entrepreneur proposed the business to important names in the local industry, managing to involve eight of them: this is how the foundations of the company were laid, which has been going on for more than a century. Too bad that the noble visionary then disappeared only five years later, in 1904, prematurely leaving the creation that he had so desired and that in 1903 was already listed on the stock exchange.

A death shrouded in mystery. What was the cause of his death when he was only 35? The body was found outside in the Castle of Agliè, which was a property of the royal family and therefore no investigation has ever been made. One of the hypotheses advanced over the years speaks of suicide but it seems difficult to believe that such a dynamic and motivated person could perform such an act: Emanuele di Bricherasio also founded the Automobile Club of Turin, from which the Automobile Club of Italy (ACI) was established and has promoted the birth of some car races of the very first hour. In fact, the hypotheses on the cause of his death are more than one. 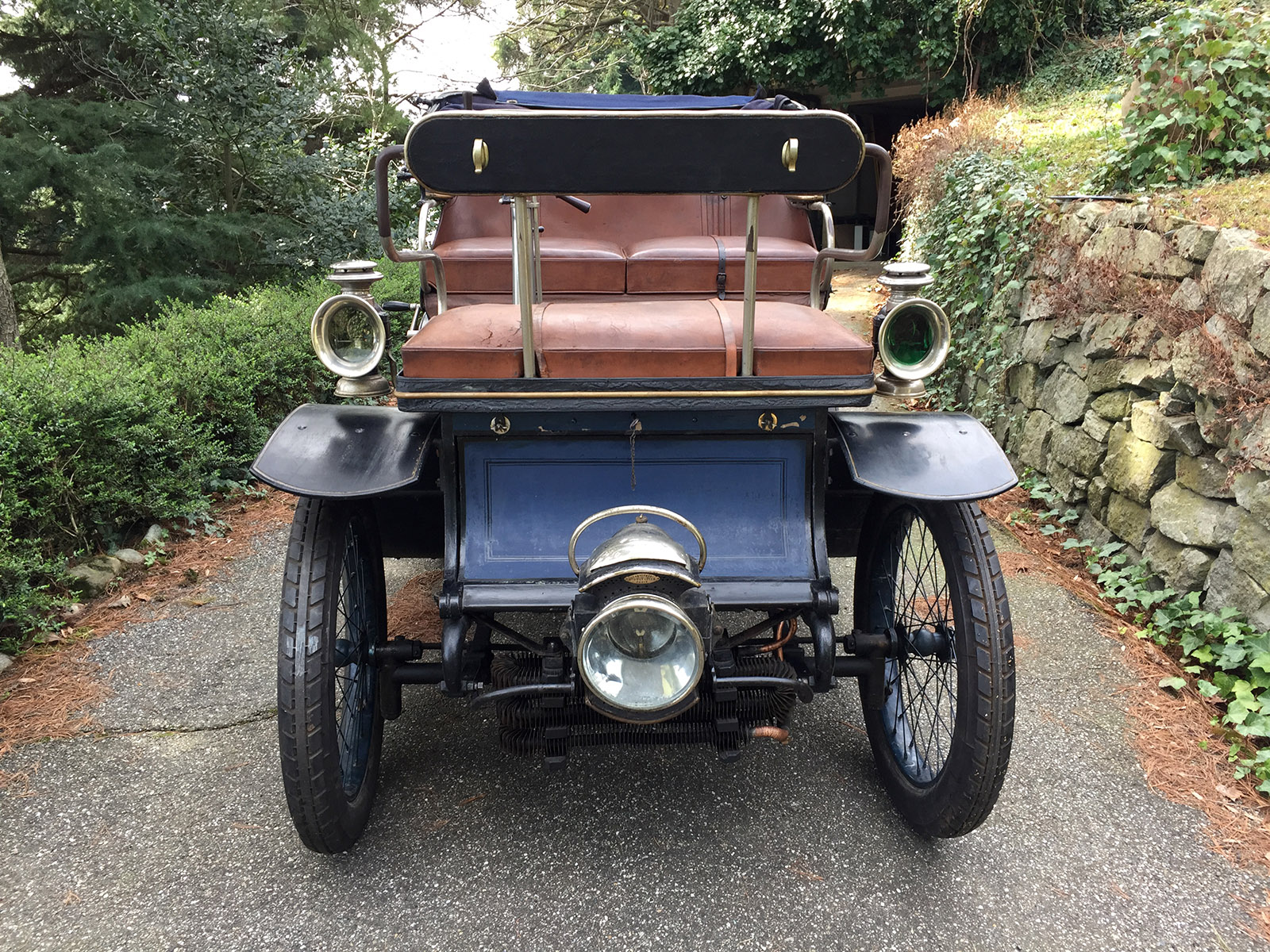 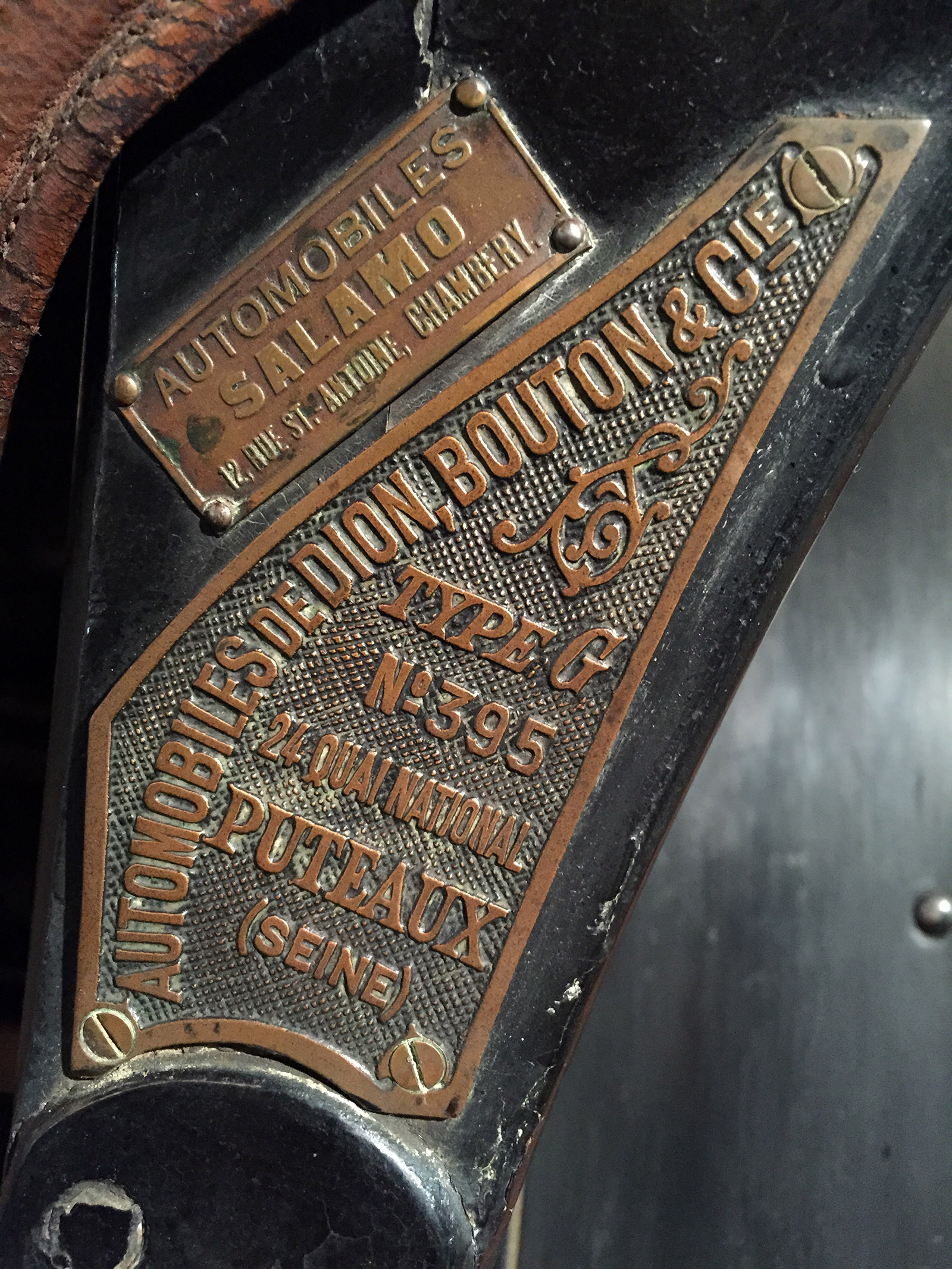 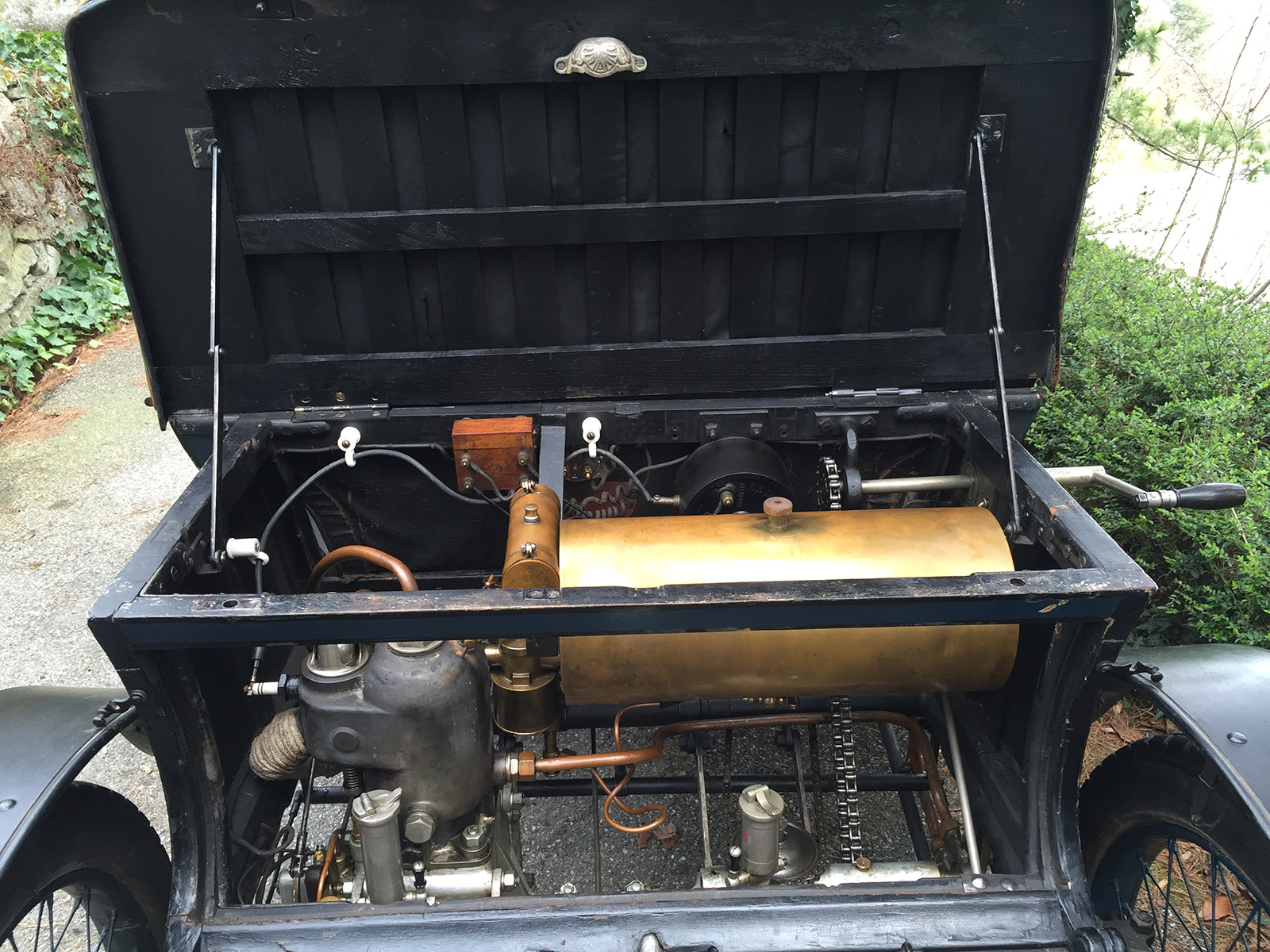 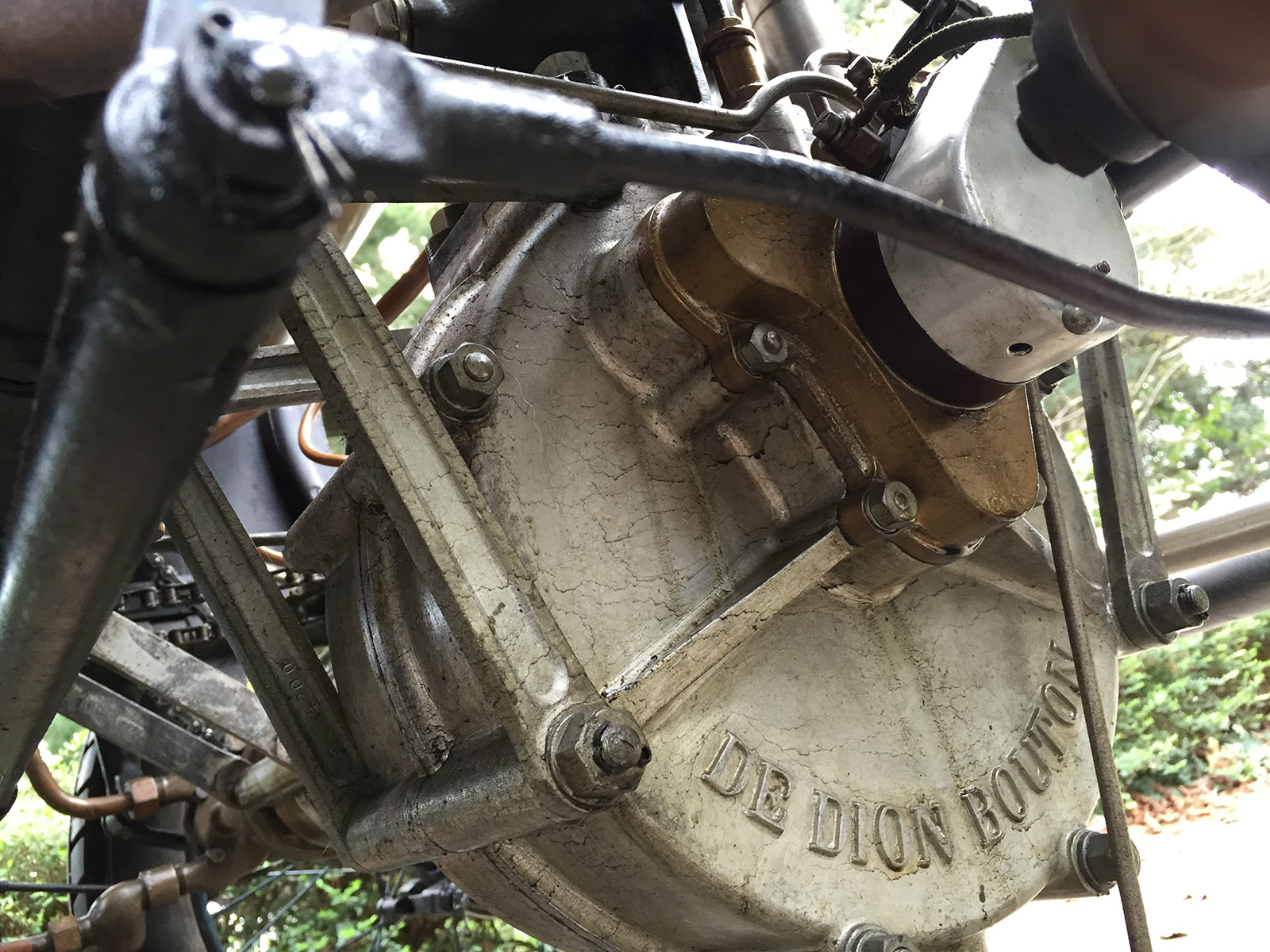 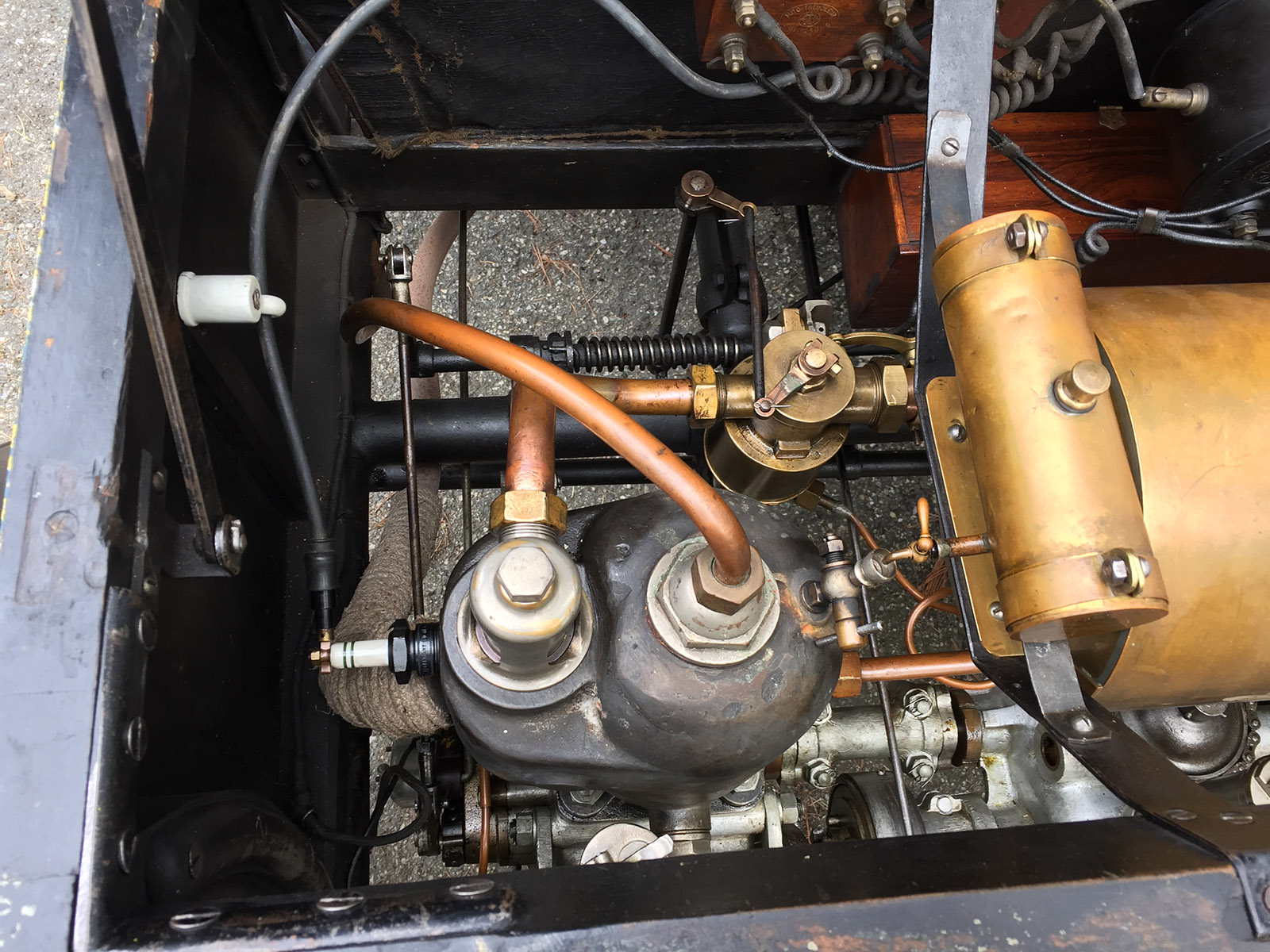 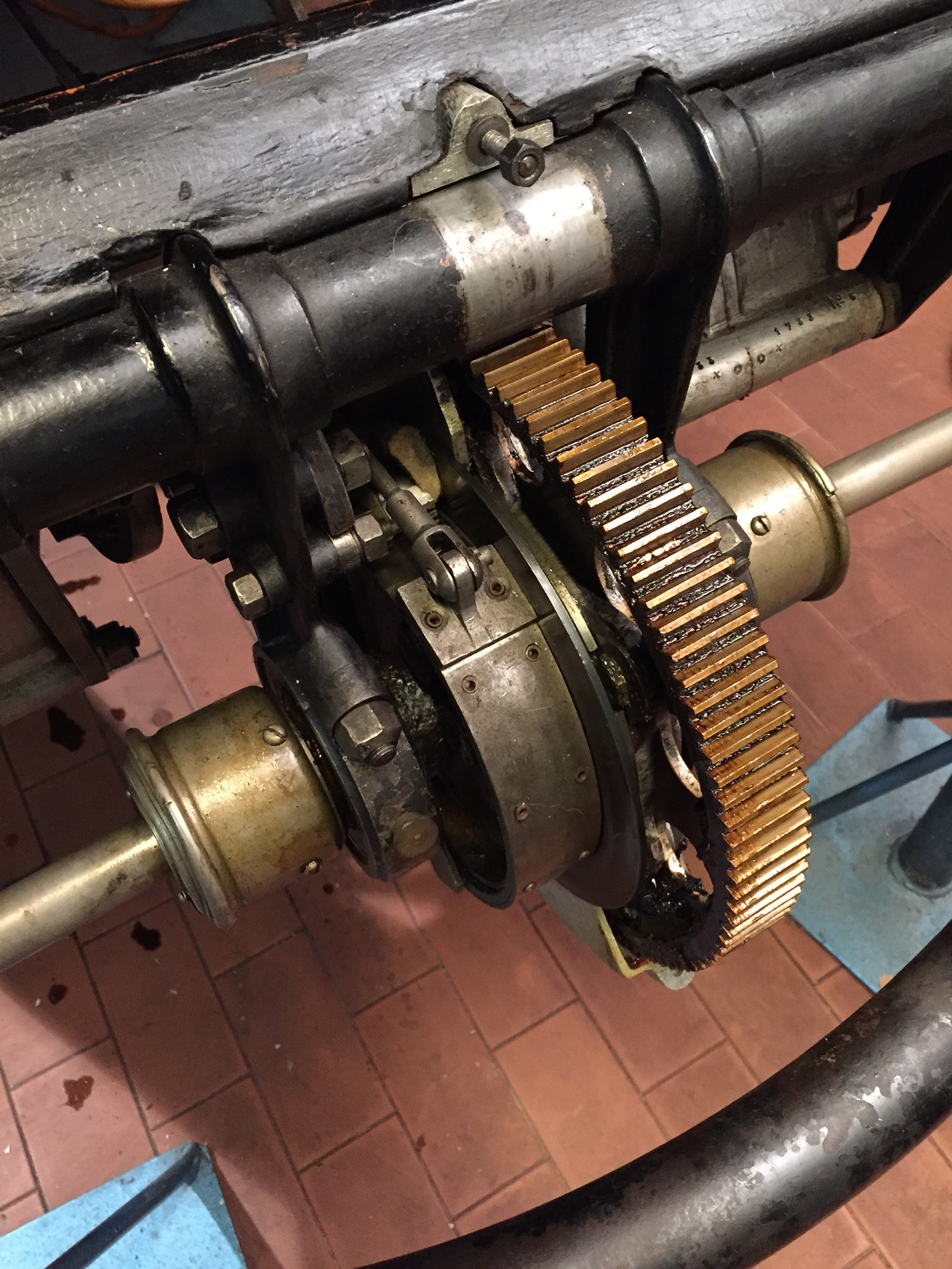 Coming more than a century ago. Emanuele’s sepulcher was built in the chapel of the Palazzo di Bricherasio in Fubine (Alessandria), where the De Dion Bouton is thought to have remained for 57 years. After the death of Emanuele, all his properties were in fact inherited by his sister di lei Sofia, who after the death of her mother moved to their Miradolo Castle without returning to Fubine. Painter and benefactress engaged in many charitable activities, before dying (in 1950) Sofia then donated her possessions to the nuns of Don Orione. After eleven years more, the Voiturette with rear engine was sold to a Turin collector and writer of historic cars (see below a photo of the car at the time of its discovery, in 1961). 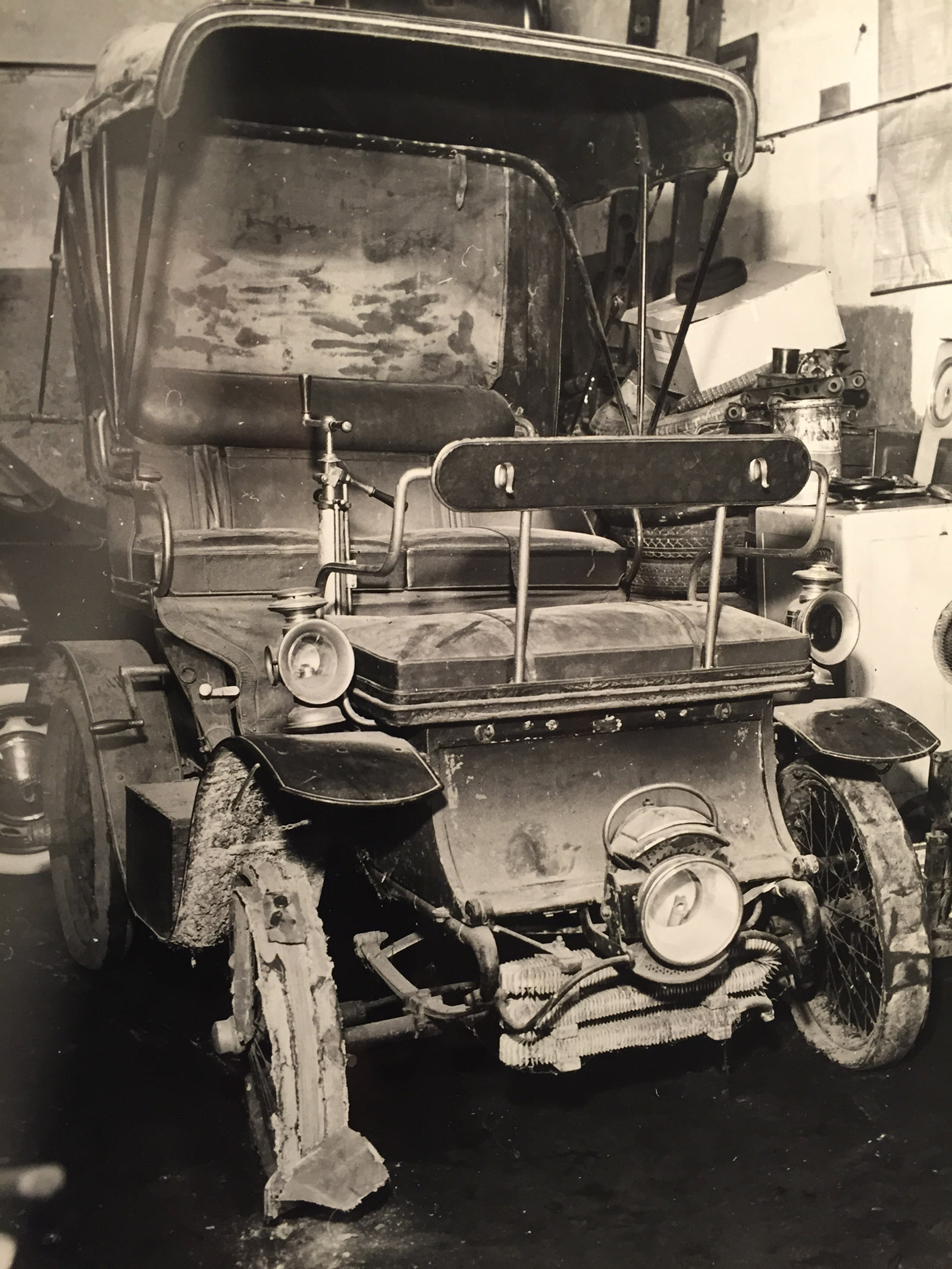 A star in the sixties rallies. As an enthusiast and expert as he was, the new caretaker did not make any significant changes to the car, of which he completely overhauled the engine and replaced the side parts of the soft top. Basically, he recognized the importance of keeping it original as much as possible. It does not seem that he has even used it much, even if he certainly participated with the vis-à-vis in some important events of the sixties such as the Four Days of Verona in 1963 (among other things, ranking seventh out of 40 competitors). On that occasion, De Dion Bouton appeared on the cover of La Manovella, the official magazine of the Italian Veteran Car Club, later called Asi-Automotoclub Storico Italiano (see photo above). The owner was among other things on the board of directors of the association. 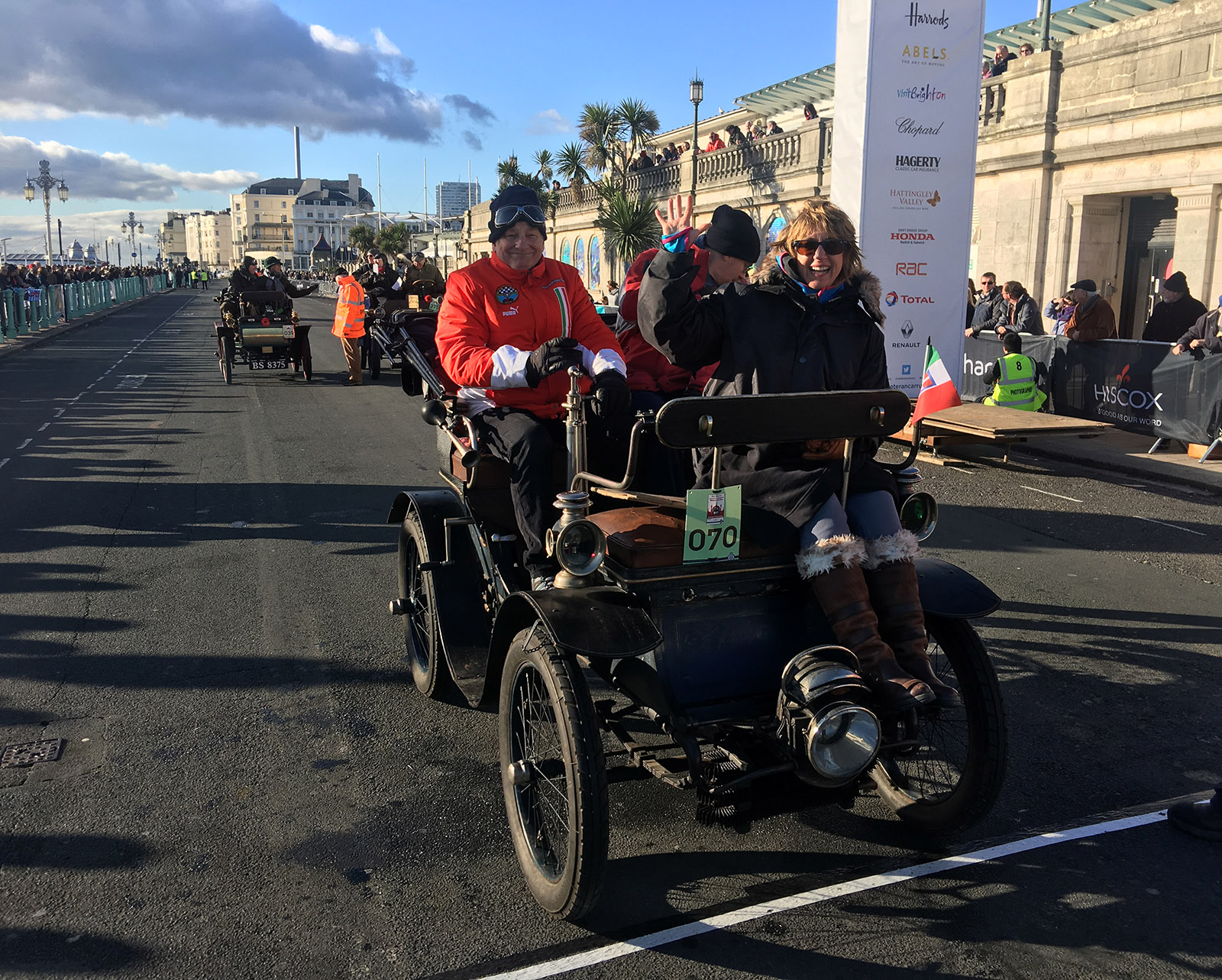 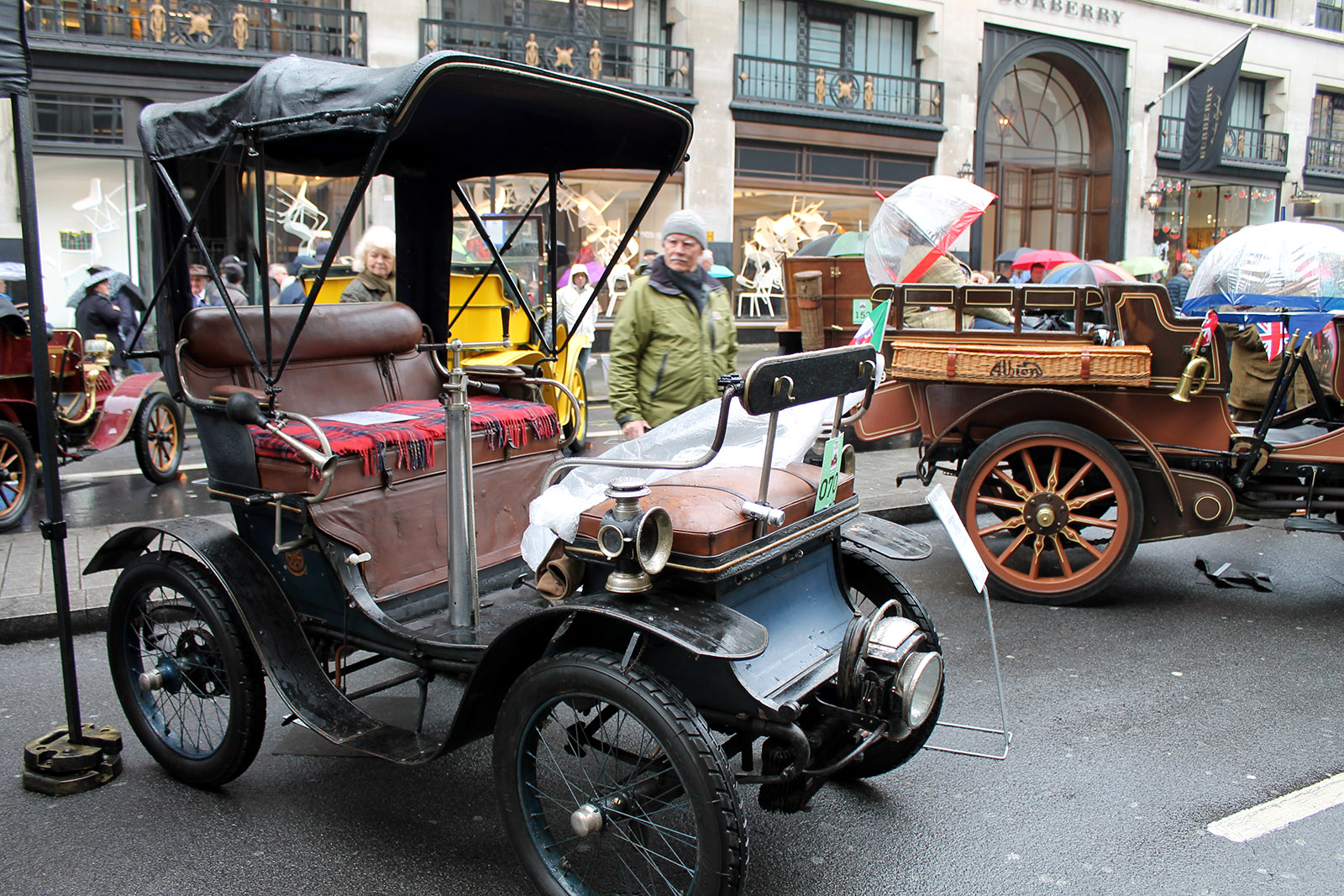 Winner at the London to Brighton VCR. It can be said without exaggeration that the Type G has started stretching its legs since 2013 with the current caretaker, after having been dozing a few more years in the garage of her savior’s son. First the model took part in some events in Italy, then in 2015 it completed the famous London to Brighton Veteran Car Run in England, where it also won Best in Show at the Regent Street elegance contest in London (Wellingham Cup, tied with a Renault Type C from Italy).

De Dion Bouton, a synonym for quality. A victorious experience, that of the Run, which the car repeated also in 2017, always with its current driver. On that occasion the team managed to cross the Madeira Drive finish line at 2 pm, on the Brighton seafront, realizing a truly remarkable journey time for such an ancient vehicle. The car was also the first team to arrive of the seven Italian participants. Obviously it didn’t go completely smoothly, as the de Dion Bouton tended to get flooded, and every stroke of the accelerator along the way had to be given with caution. But in essence it can be said that the excellent performance confirmed once again the great reliability for which the brand was known at the beginning of the last century.

Amazing success. In the autumn of 1900, when the Model G with single-cylinder engine (4.5 HP) came out, the area of the De Dion Bouton company in Puteaux (Paris) was expanded to 38 thousand square meters, the space needed to contain the increase in production. It was a consequence of the great success achieved by the brand through its tricycles, quads, steam buses, engines and small cars. As reported by Anthony Bird in his De Dion Bouton First automobile giant, between the start of mass production in late 1899 and the spring of 1901, 1,500 De Dion Bouton vehicles were sold and even exported. 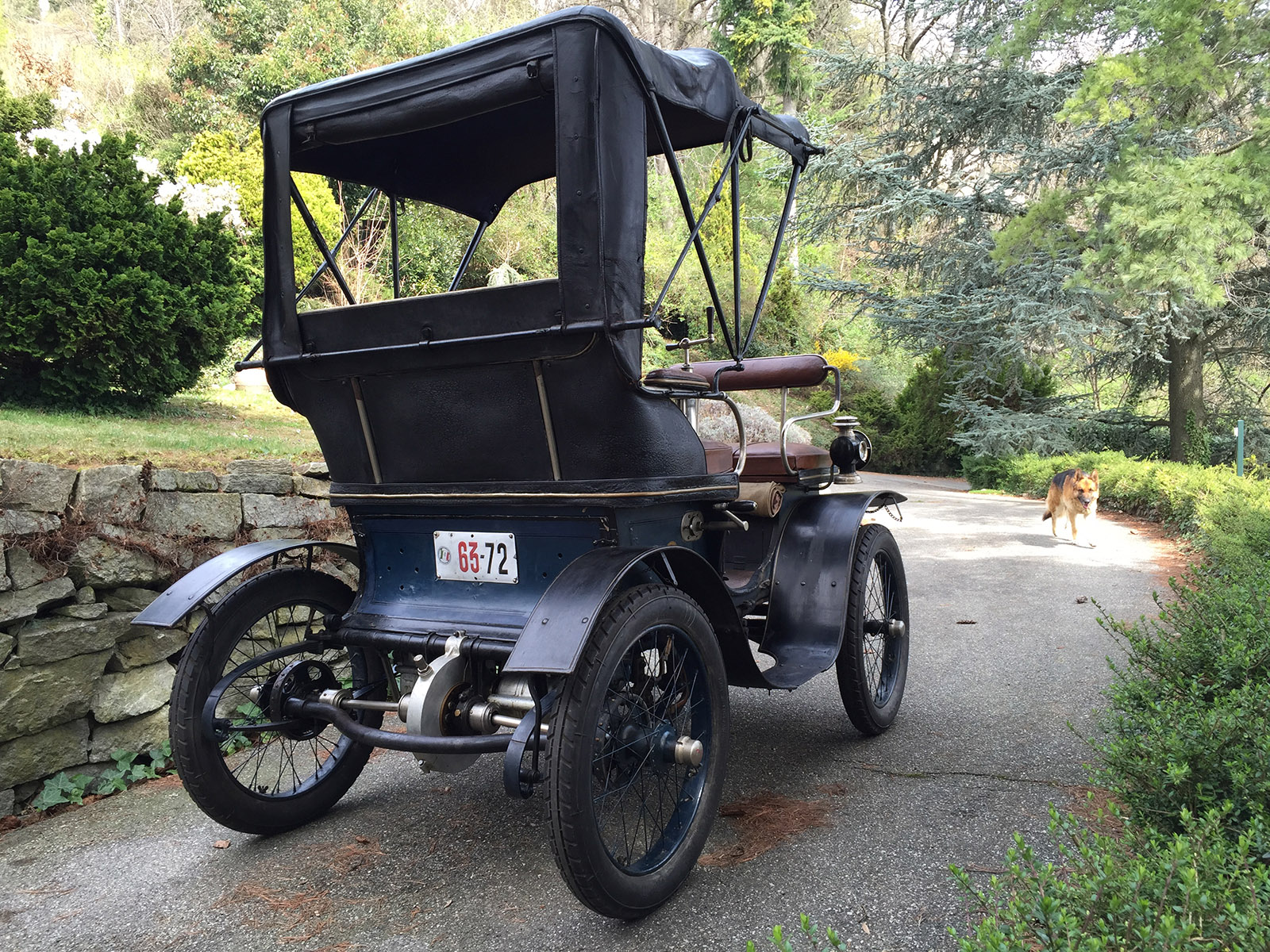 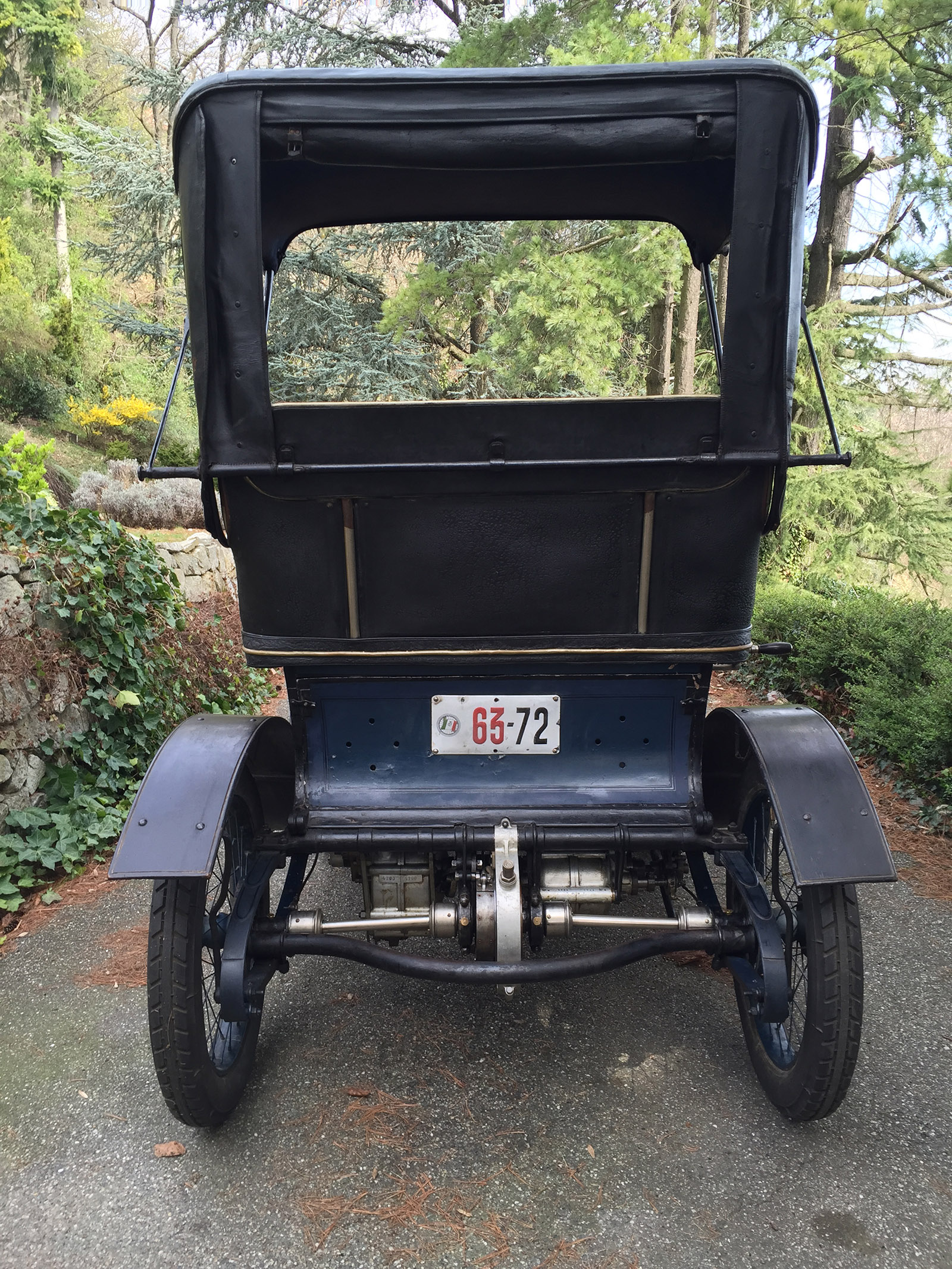 Purchased in an exclusive dealership in France. Preceded by the Type D, the first Type De Dion Bouton sold on the market, the Type G is a four-seater with the radiator water tank located under the front seat. The model was purchased in the Salamo dealership of the brand in Chambery, shortly after the Italian border and the Moncenisio road, which has been used by Fiat for testing since the 1910s. The numberplate, made by the Italian Touring Club, was replaced between 1905 and 1927, when the provinces in Italy were indicated with red numbers followed by others in black: therefore, since the city of Turin corresponded to 63, this Voiturette was the 72nd vehicle registered in the area of the Savoy city. 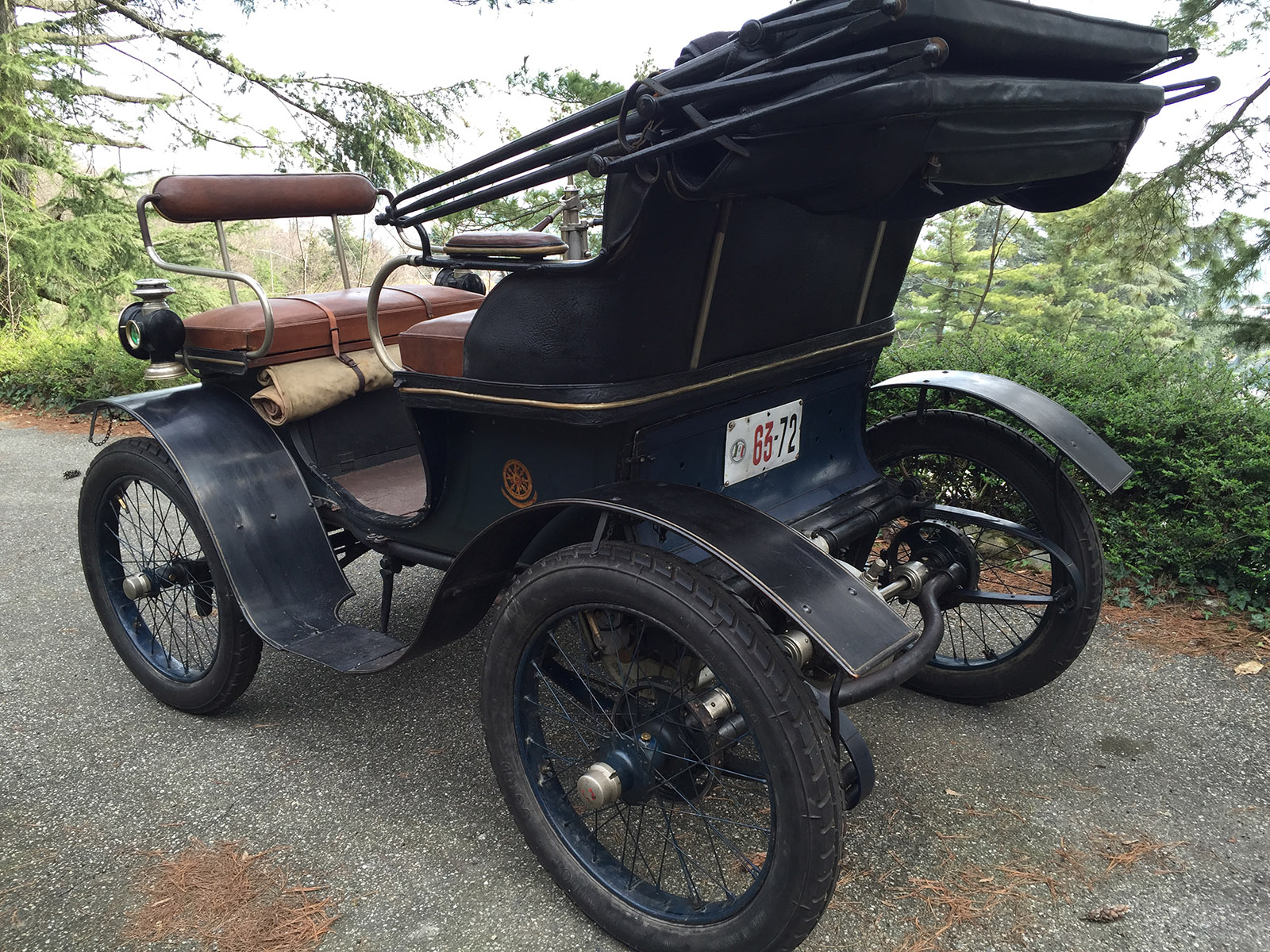 Come on, marsch! The vis-à-vis is equipped with a water pump; the engine is vertical with two ratios. The only component that the current owner has replaced is the ignition coil, an inevitable change since the original was useless. The small crank under the driver’s seat is used to reverse the direction of travel, while the knob in the center, under the two rear seats, engages the mode (with “M” for “Marcher“, that is, “March”, and ” A ”for“ Arret ”,“ Stop ”). The leather cord to the right of the driver activates the brake for parking on slopes, while the other brake of the car, which acts on the transmission shaft, is activated by a pedal near the handlebar. 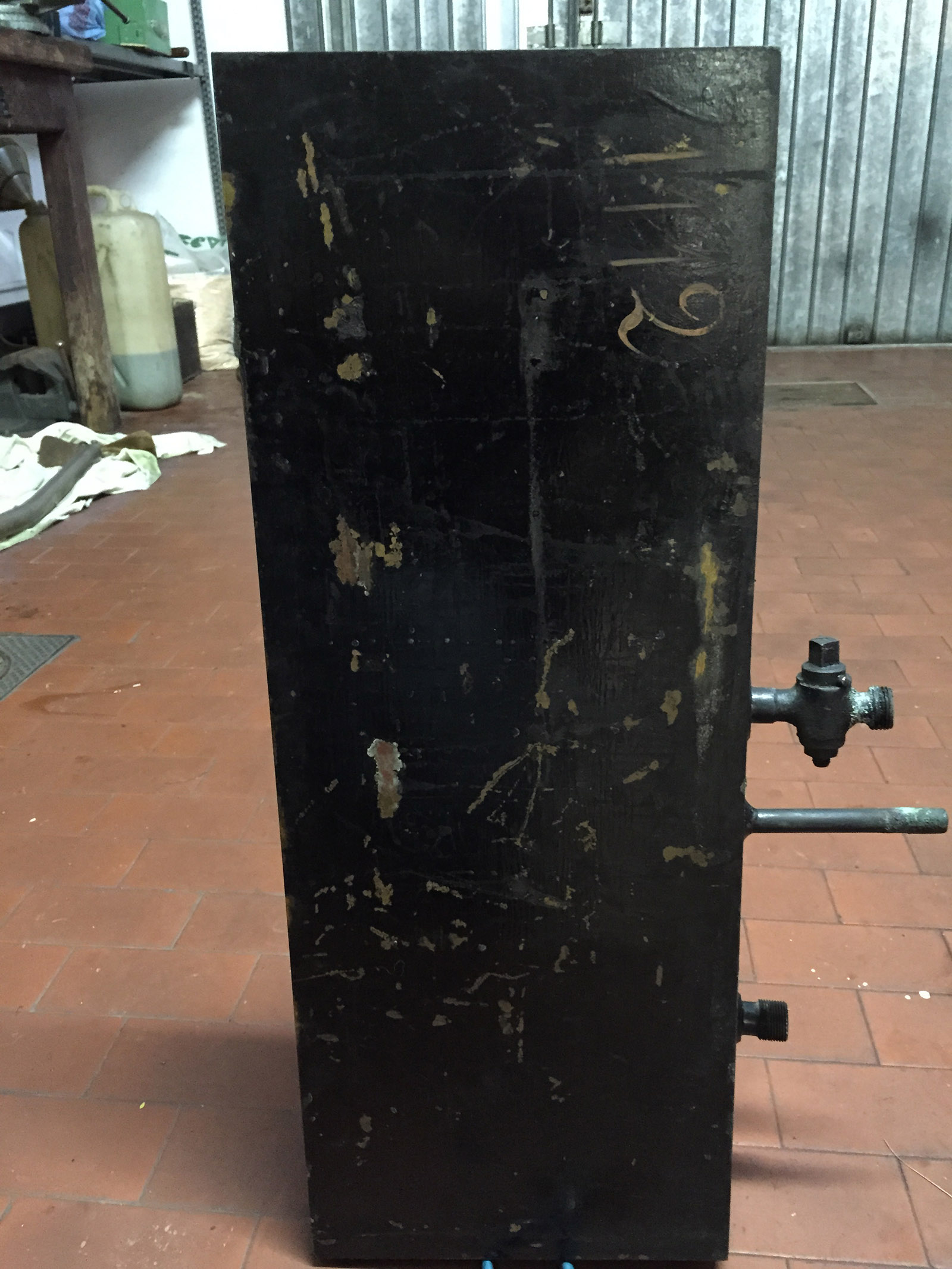 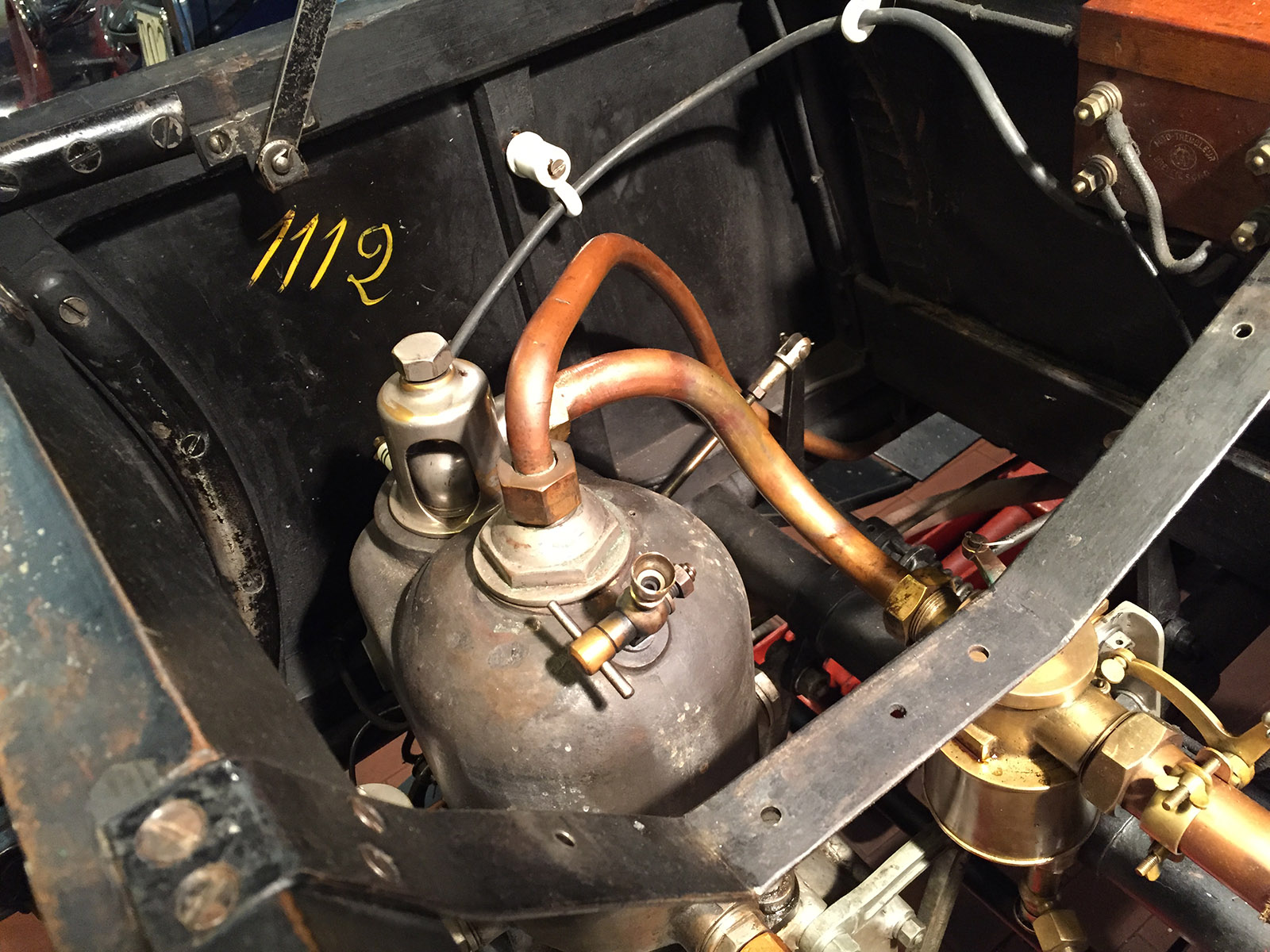 One surprise after another. And how can we not mention the anti-puncture systems installed under the four fenders? The chains that pass continuously on the wheels are able to instantly remove nails, screws and other sharp objects that can slip into the tires. A truly ingenious mechanism. Another surprise of the Model G, the number “1112” reproduced in many internal surfaces: it is what today we would call “manufacturing number”, that is a code that distinguishes the parts of the vehicle for assembly. In this case, the bodywork was also made in house by the company. 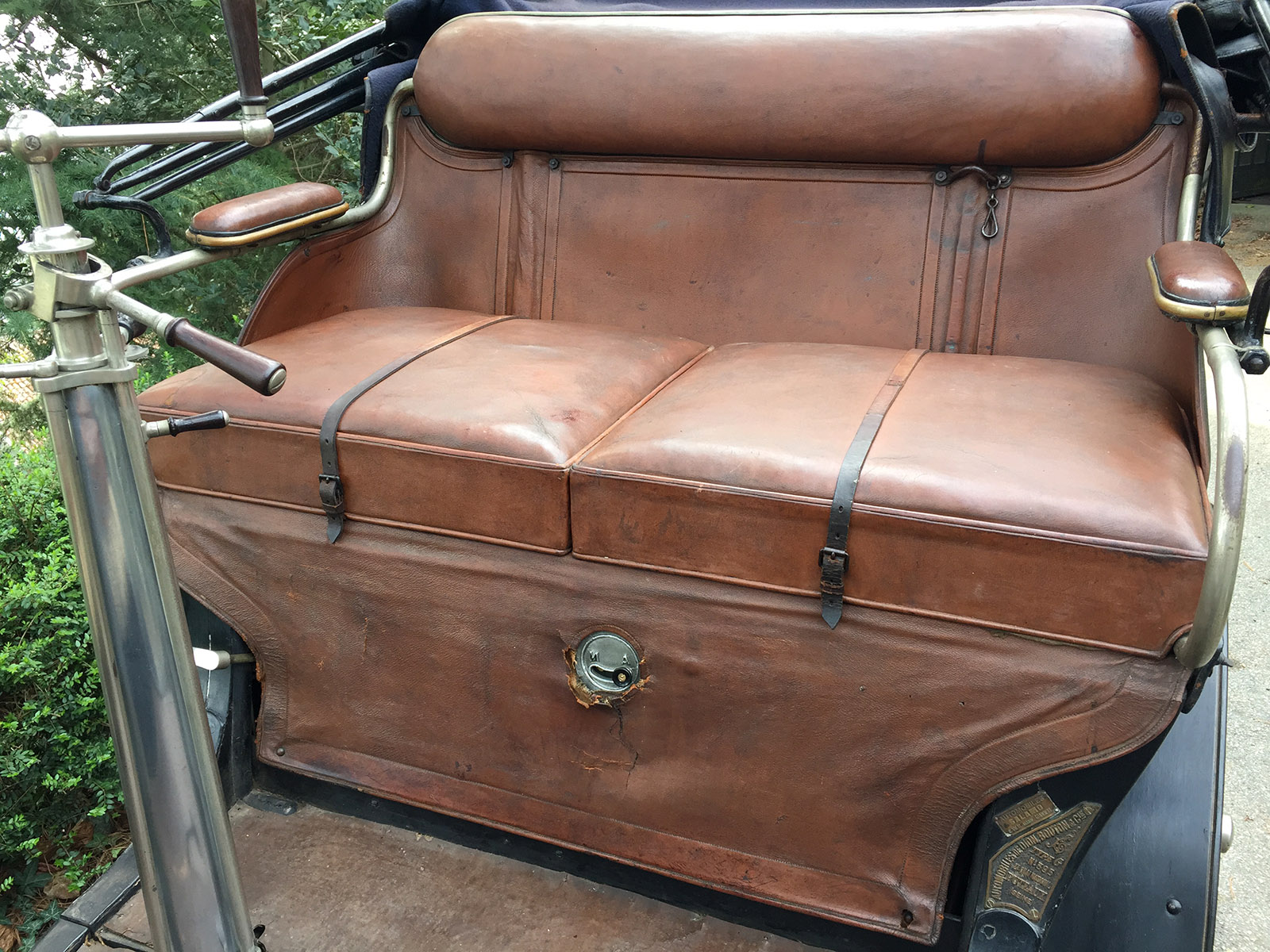 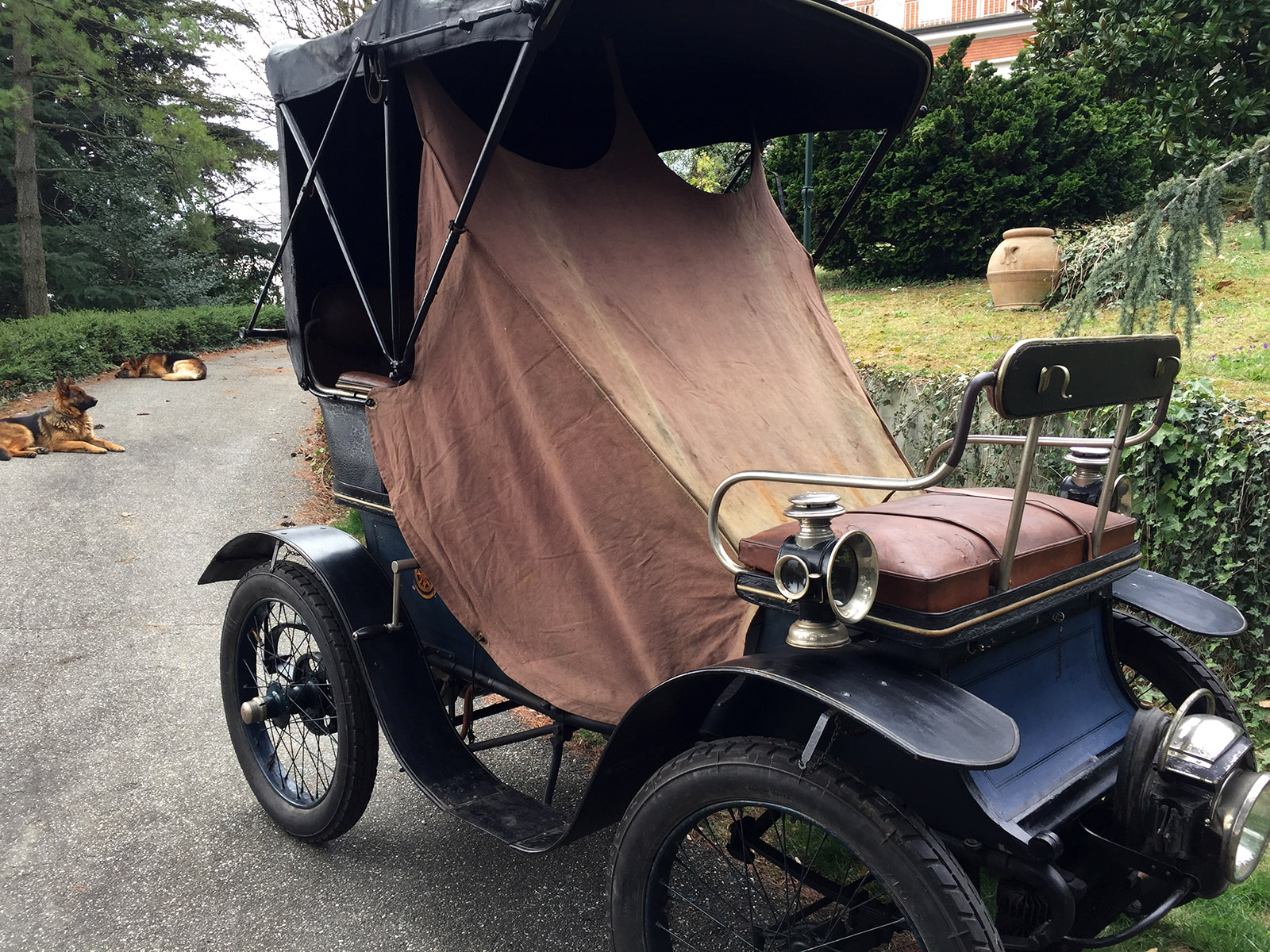 There is still something to discover. Ultimately, this De Dion Bouton miraculously reached us almost intact, is much more than a Voiturette: it is a world. There is so much in it to understand and explore that whenever the owner exhibits her at events, or attends any gatherings, fans of the brand flock to study the details. Even the saddlery is totally original; in addition, the vis-à-vis is equipped with a jute cloth that serves to protect the driver and passenger from bad weather. This elderly lady, however, still keeps a couple of secrets for us mortals: they are not crucial details but could spark the curiosity of those who love this era of motorsport. What are the two hooks mounted downwards behind the front seats for? And what is the carabiner in the seat back next to the driver?