Very rare and in perfect shape, this example of the German marque is the best one of three survivors with 2 cylinder engine

The splendid Adler pictured in these pages was found in the Seventies abandoned in a corner, under a thick layer of dust. Nobody was taking care of it and it was indeed a nuisance for the owners of the factory where it was parked, the cotton mill Olcese in Novara, Italy. That’s why when its third buyer discovered it by accident and enquired about it they didn’t hesitate to tell him who the owner was. “I’ve asked him many times to come and take the car away, but he never does!”, the factory manager vented. The enquirer, who was a collector at the time and also a Veteran car writer, realised that the owner of the car, named Ernesto Spalla, was the father of a friend of his. Therefore he felt confident to immediately visit him with the hope of buying the two-seater. He received a warm welcome and managed to secure the vehicle for the very reasonable price of only 50 thousand Italian Lira, which in those days corresponded to around half of an average monthly wage. It was clear that a problem had been solved to the satisfaction of all. Veterans were quite sought after by enthusiasts at that time and the new owner had a wide smile on his face when he went back to collect the Adler the day after, as this exciting acquisition was his very first historic vehicle. 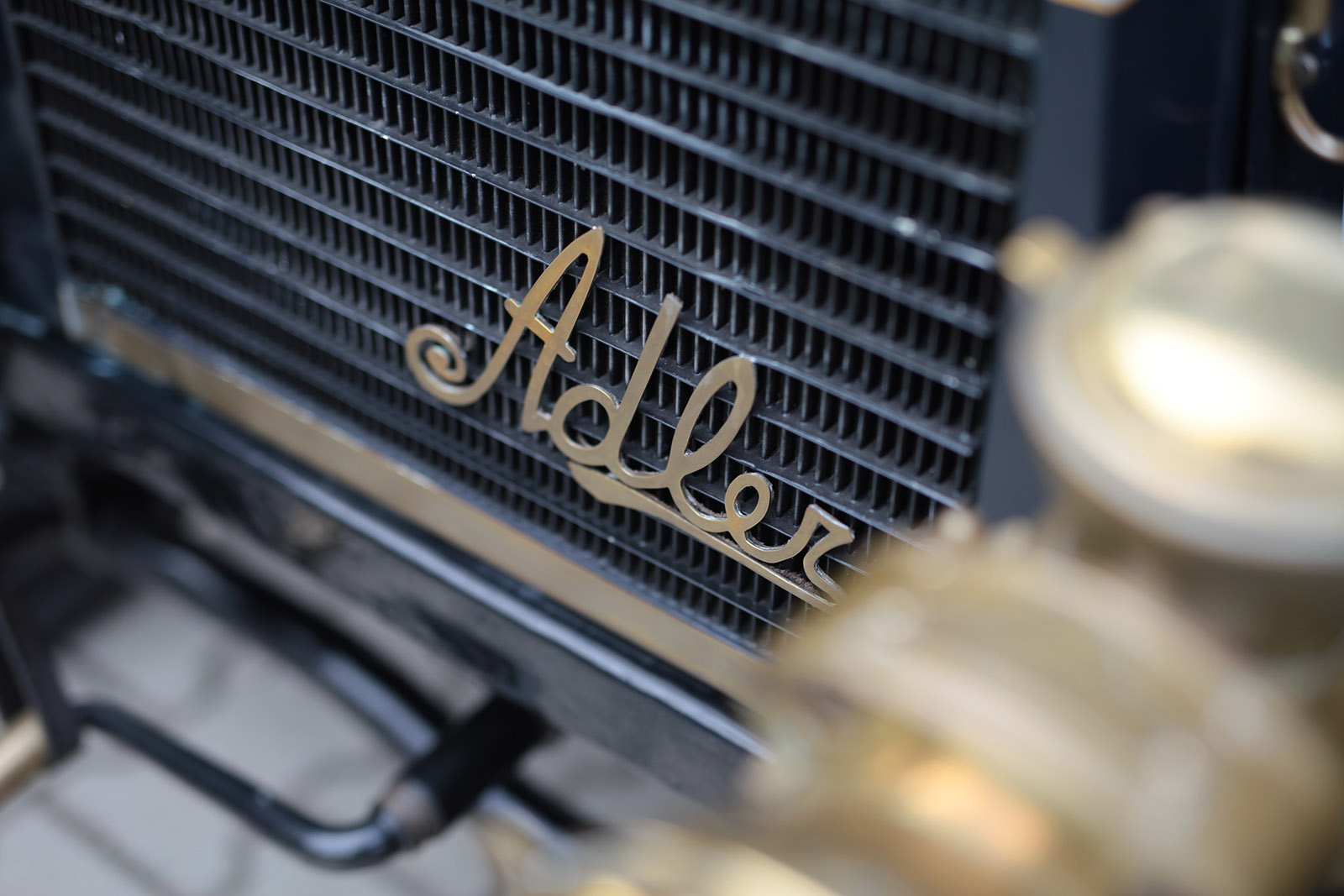 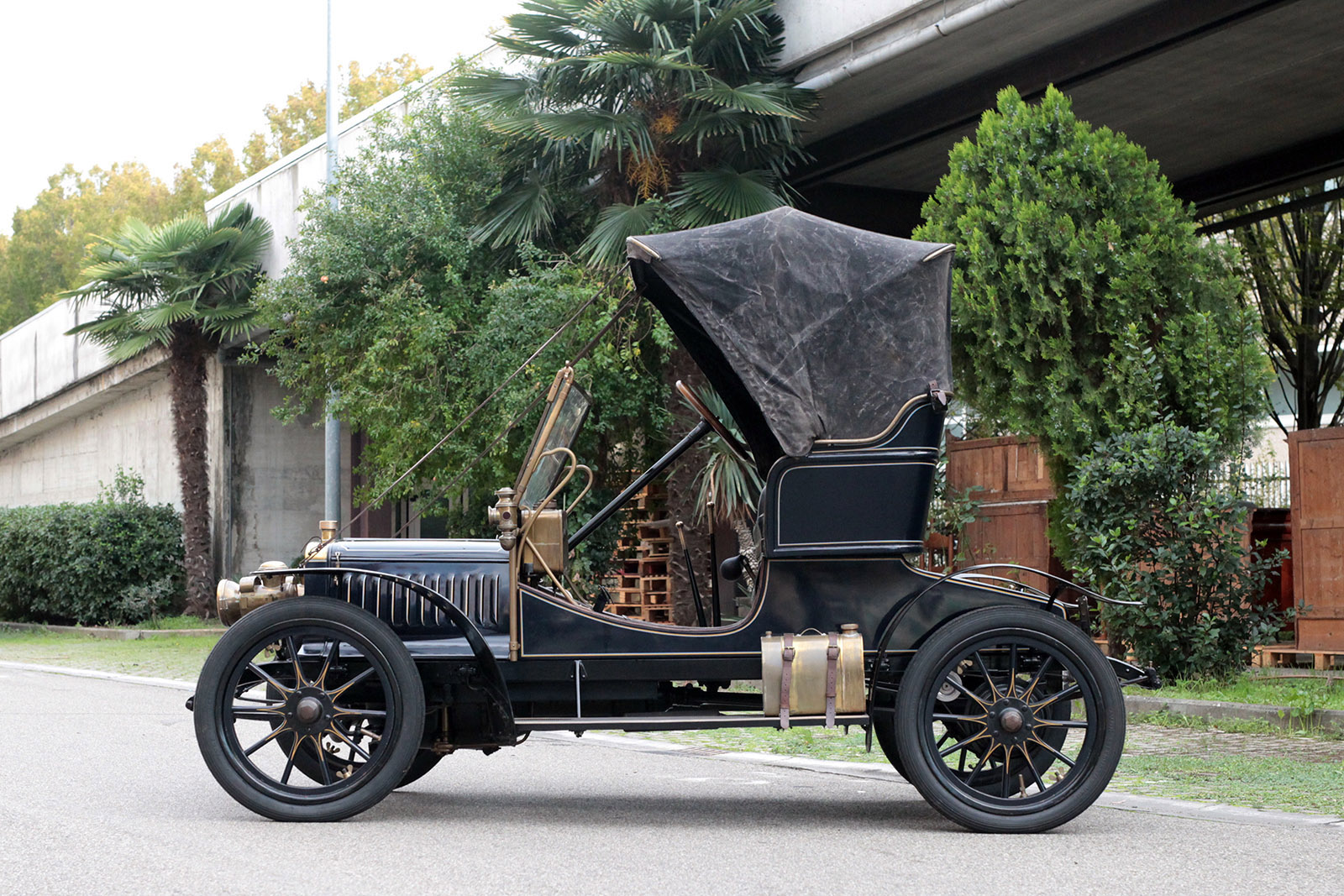 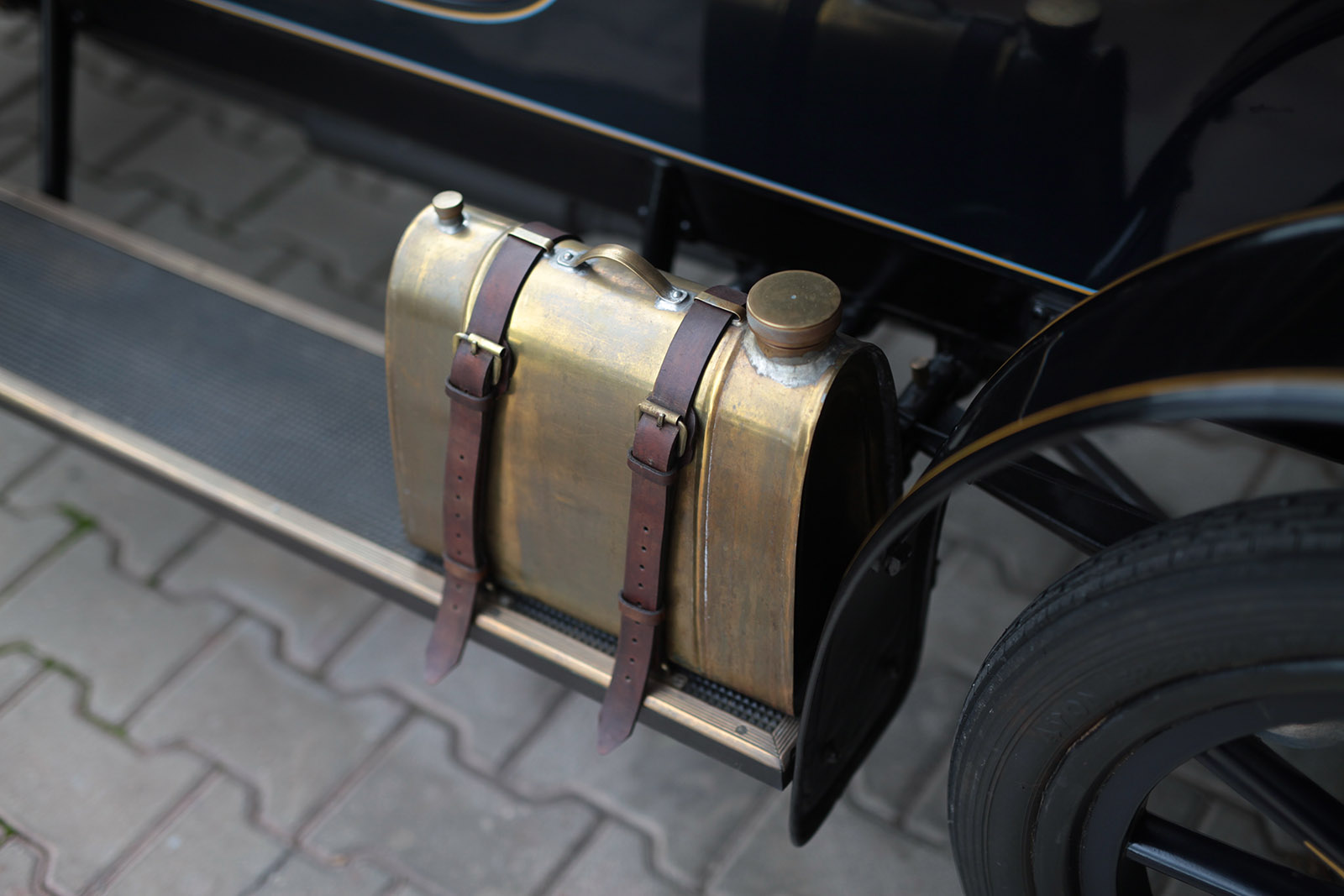 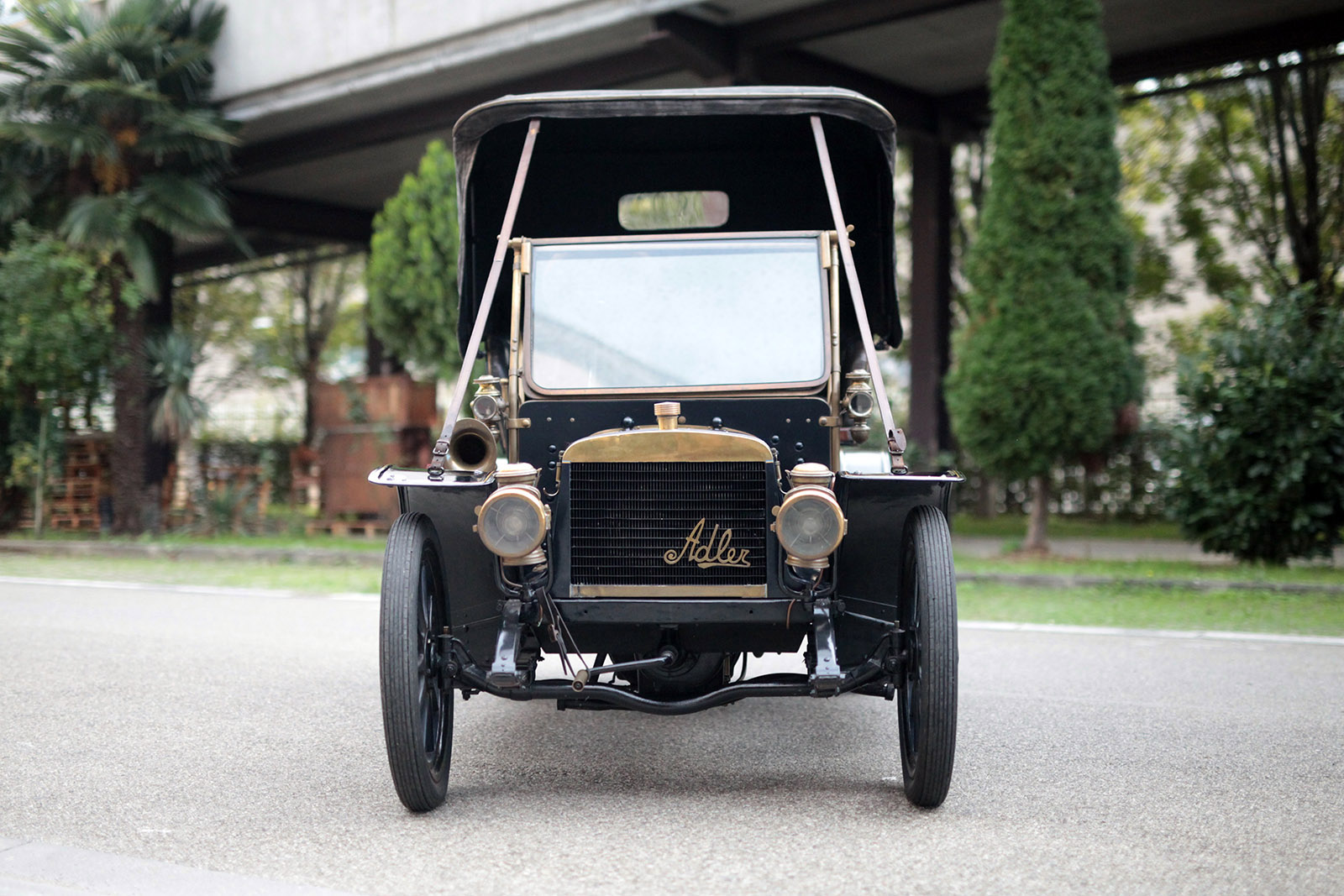 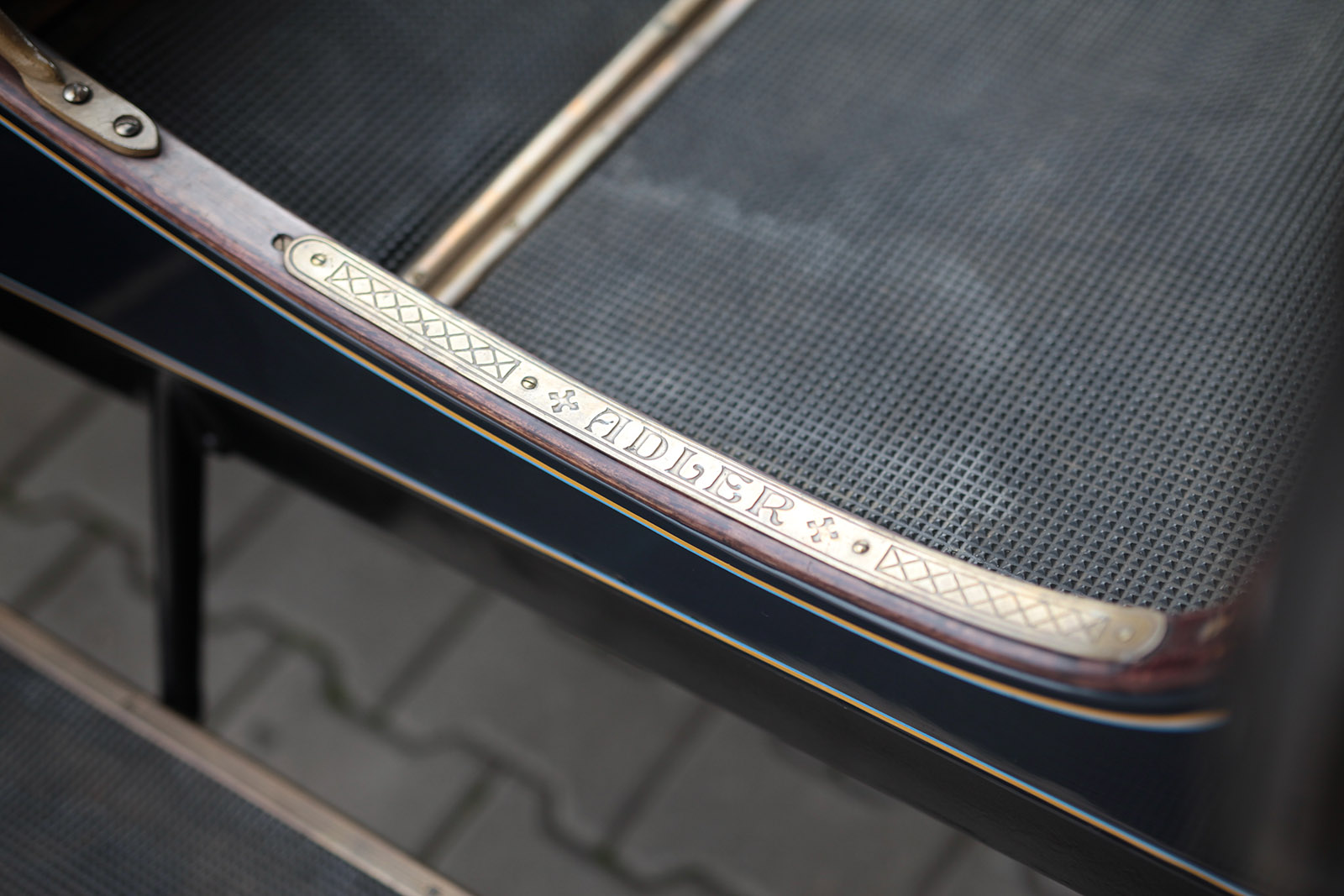 Bought new by a civil engineer. Ernesto was an heir of the Spalla Counts of Cuneo, a town in the Piedmont region of North-Western Italy. The Adler, also known as a “Doctorwagen” (Doctor’s Car) belonged to his family since he was a boy (see picture). When it was built, it was particularly suitable for professionals and entrepreneurs who had requirements for rapid personal mobility. Not by chance, it seems that the man who first ordered it was a civil engineer, as reported in a document of an Italian Export Office for Antiques and Art Objects (part of the Ministry of Culture) which in 2019 refused permission to export the car. After the collector and writer – who, incidentally, fully restored the Veteran to as-original specification –, a subsequent custodeon was in fact a dealer, who was possibly interested to sell the example abroad. That initial owner and civil engineer was a Corrado Rossi, born in 1869 in Vaprio D’Adda, a small village near Milan. 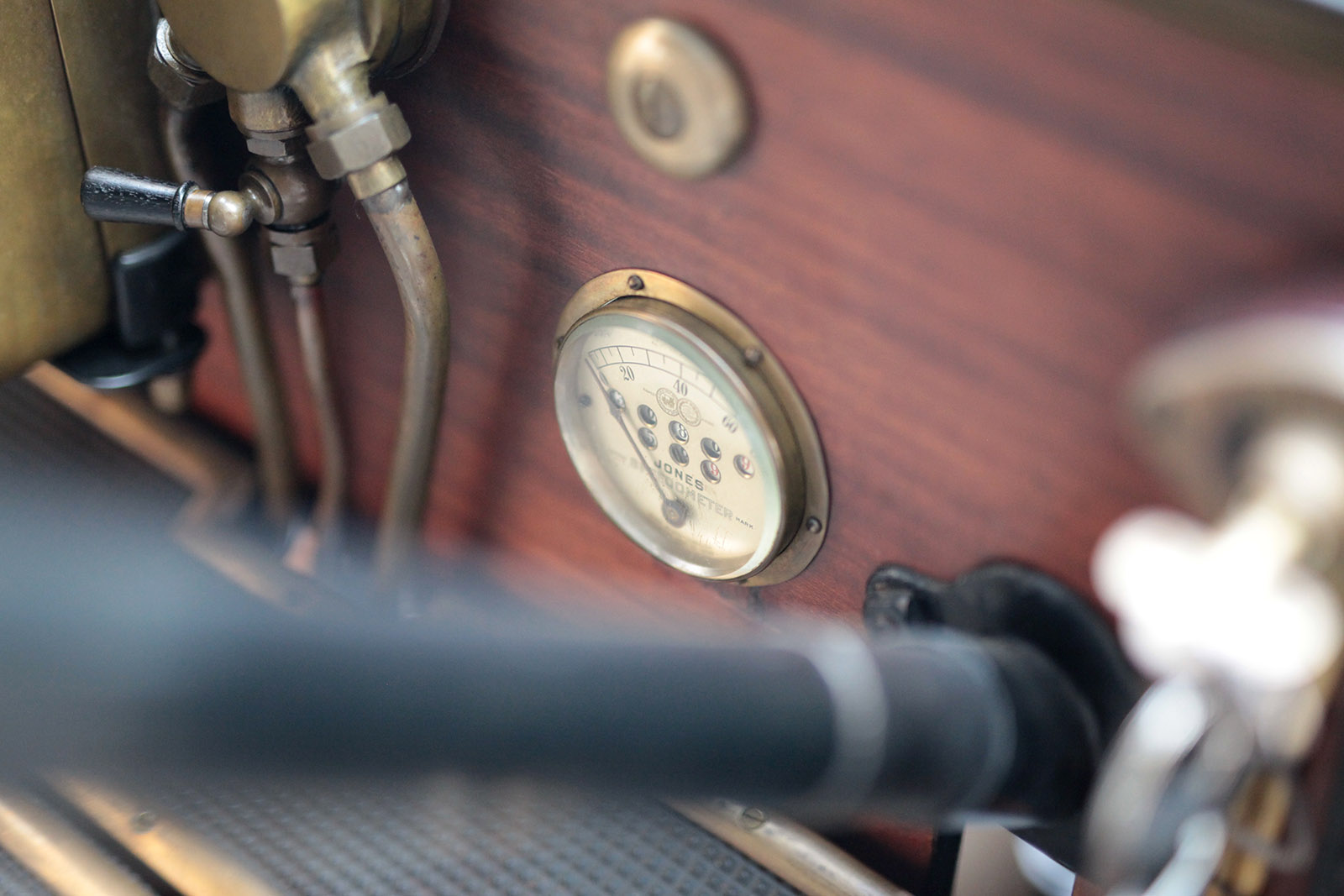 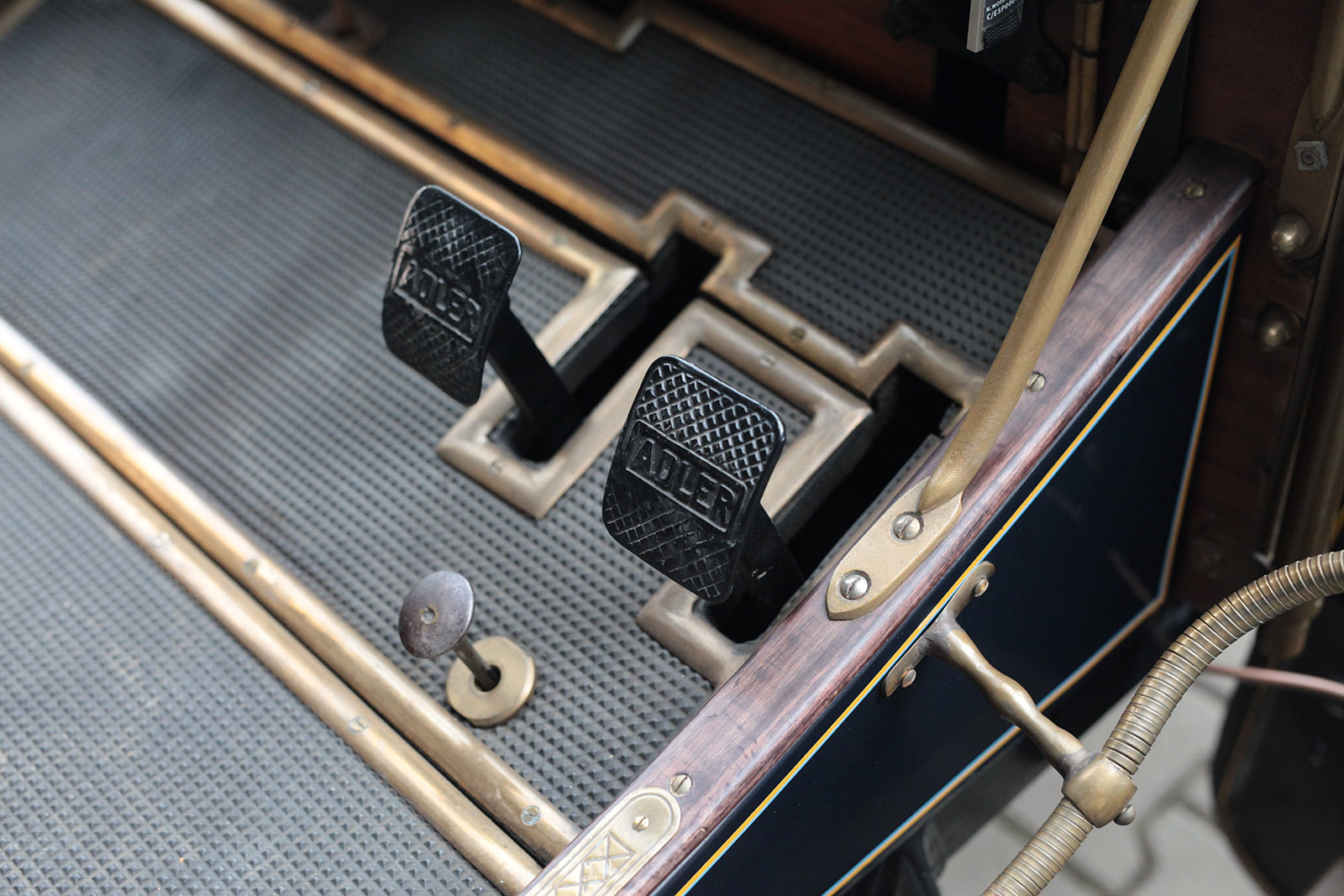 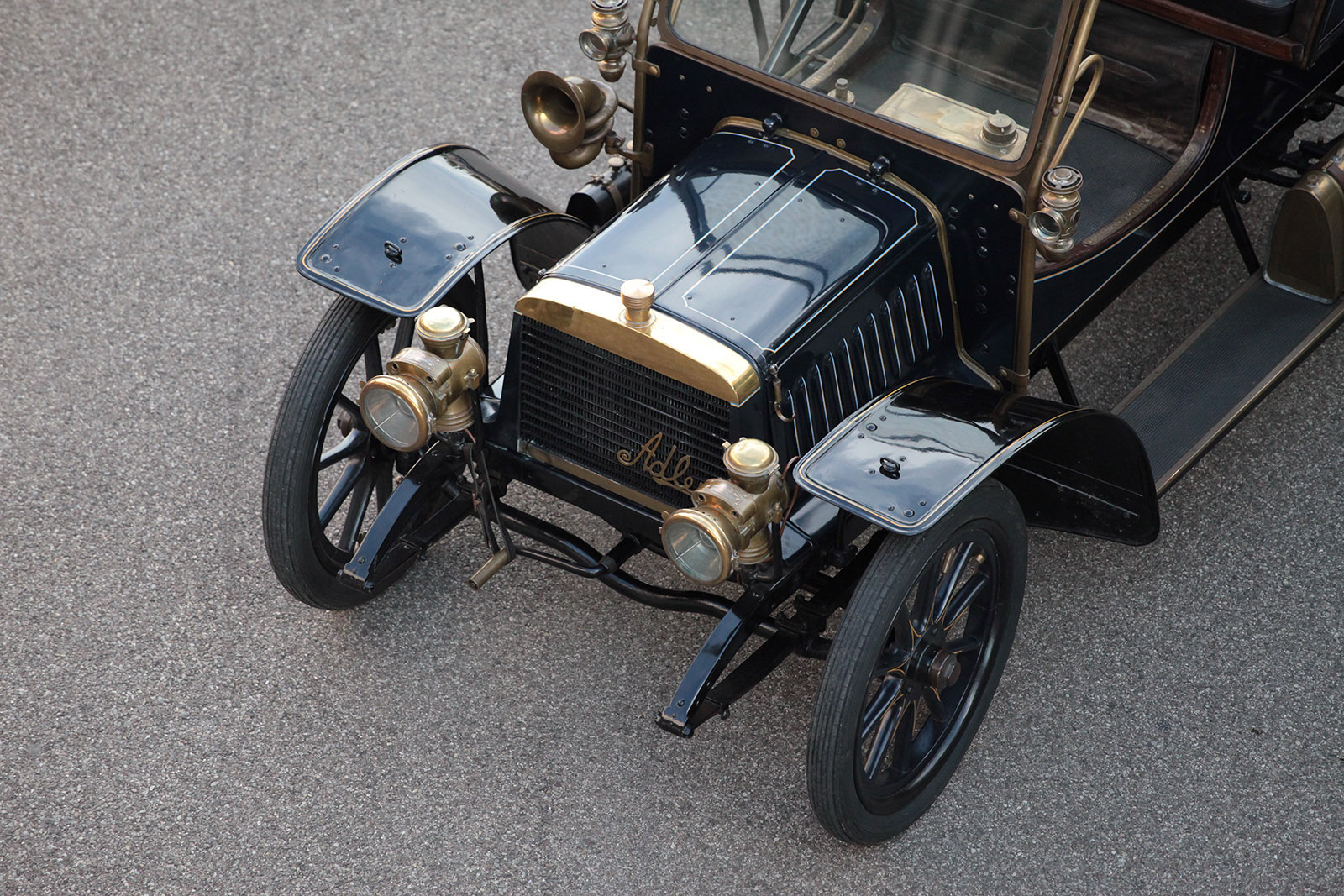 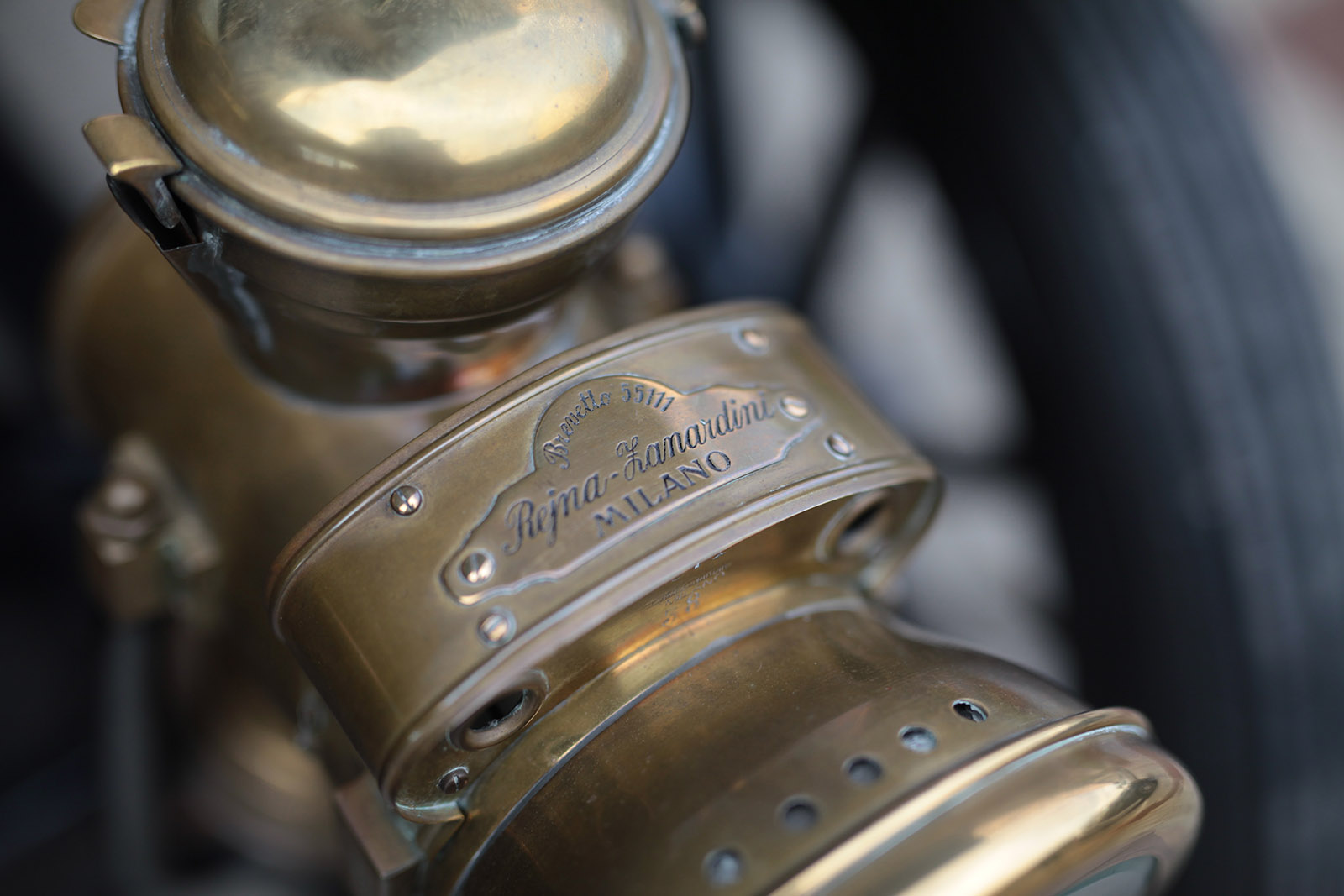 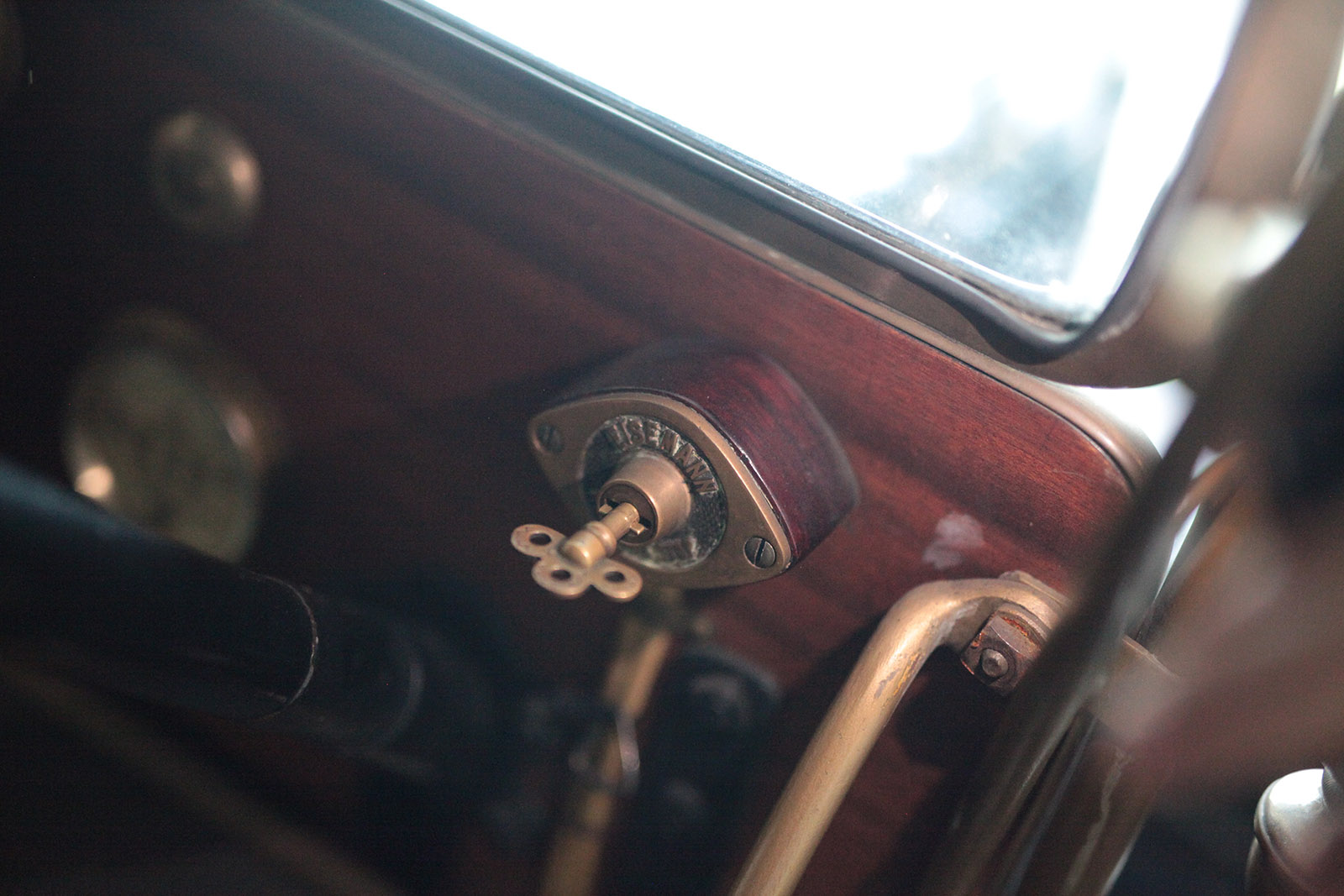 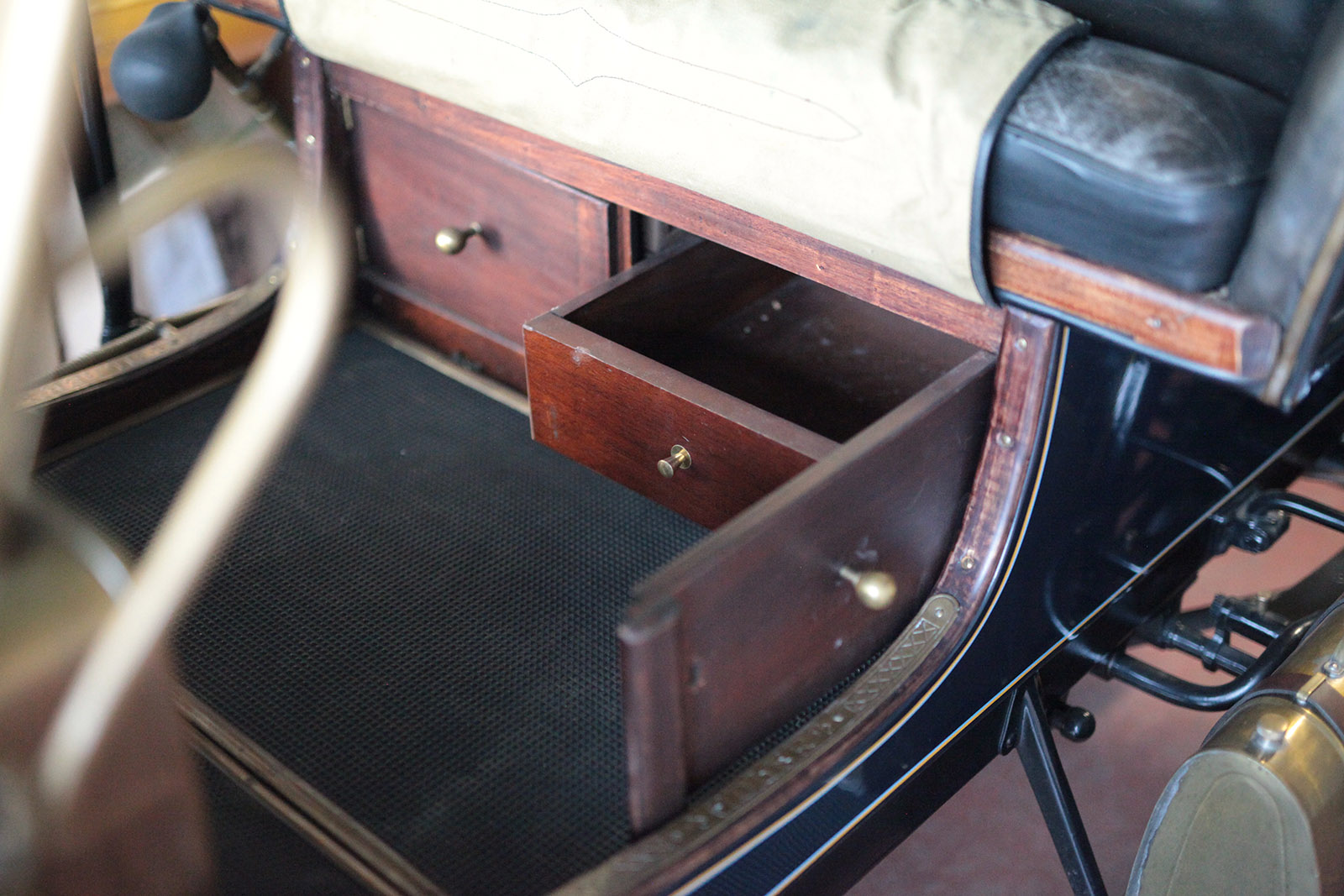 Cultural heritage. The details about the first owner of the car are recorded on the registration document of the car, according to the report by the government export Office, with the original numberplate “38 2248”, which indicates a vehicle that was registered in the Lombardy capital area. The motivation for the prohibition to export the Adler was in fact that “aside from the rarity of the vehicle, its historical relevance and its good state of conservation, it is interesting as an early testimony to the birth of motorization in one of the fastest growing economic development areas of the country, where the Rossi family were very active as construction entrepreneurs”. According to the cultural items export Office, the vehicle was registered between 1909 and 1910: this dating would confirm that the car is probably a 5/8 HP built in 1908-1909 or a 1910 5/9 HP, as stated by the Adler Motor Veteranen Club, and not a 1907 4/9 HP as it was homologated in Italy in 1977. The reason being “the engine is a 2 inline cylinder, with 85x100mm paired cast cylinders” – the Club explains – “while if it was built in 1907 it would be a 4/8 HP V-twin engine”. 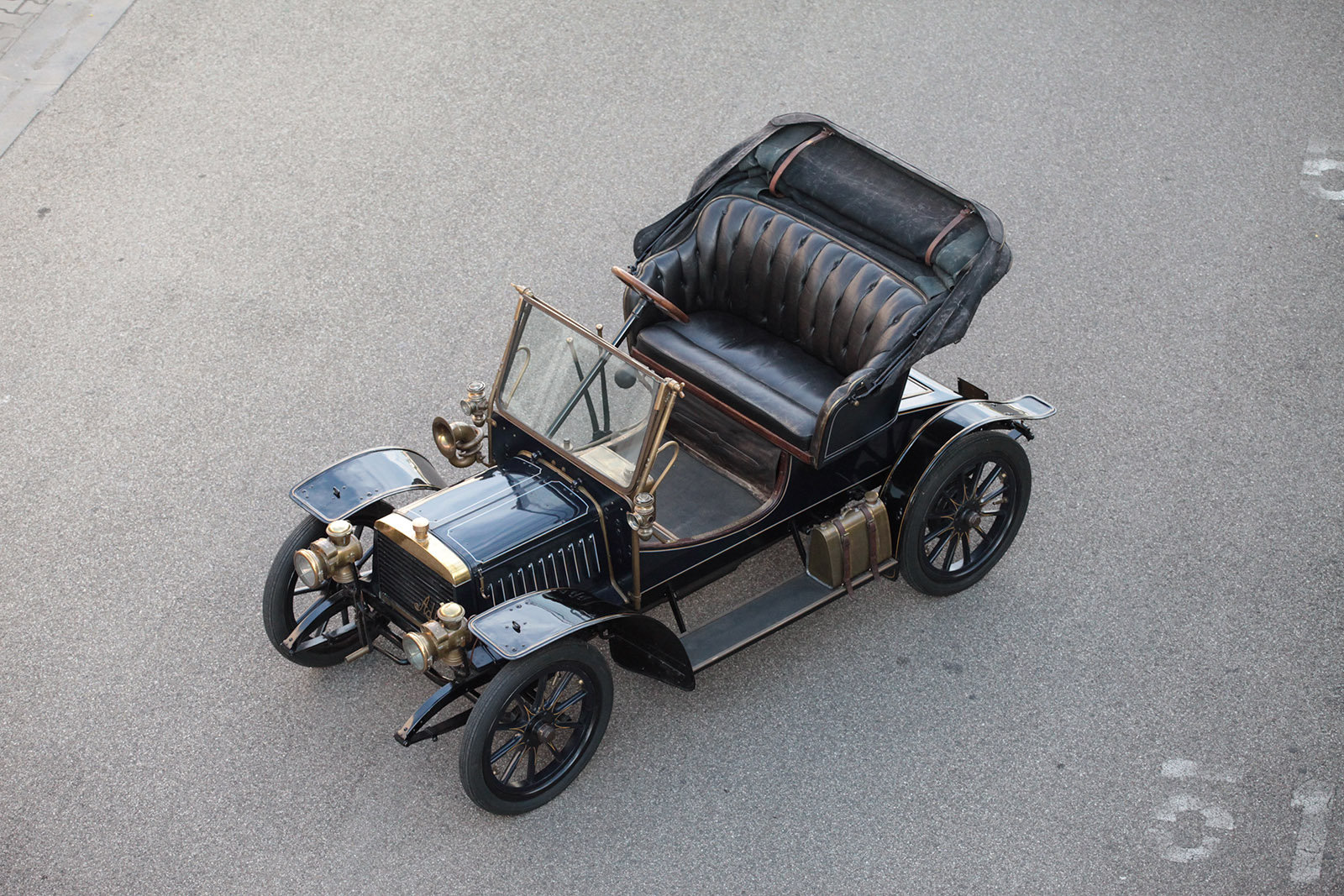 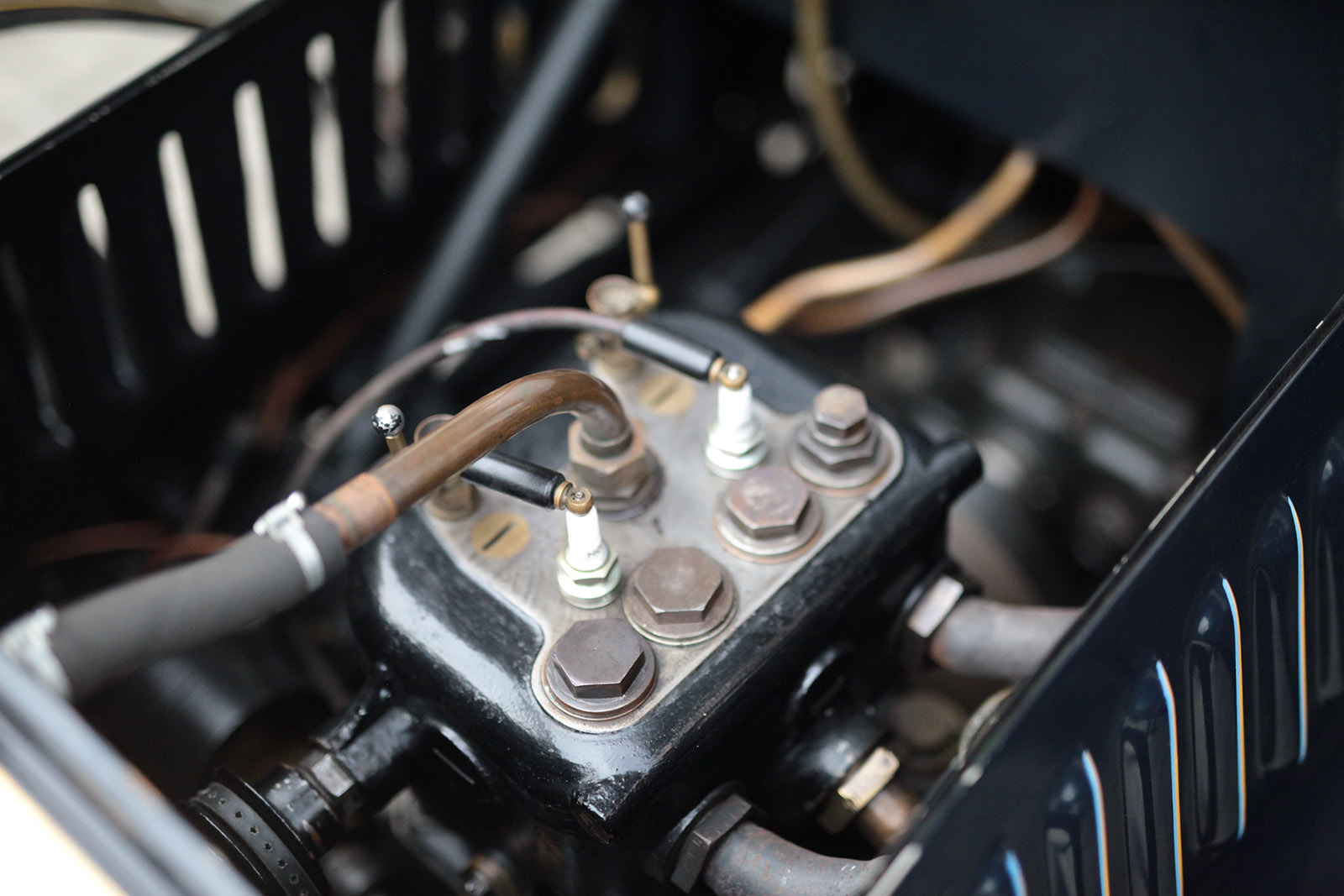 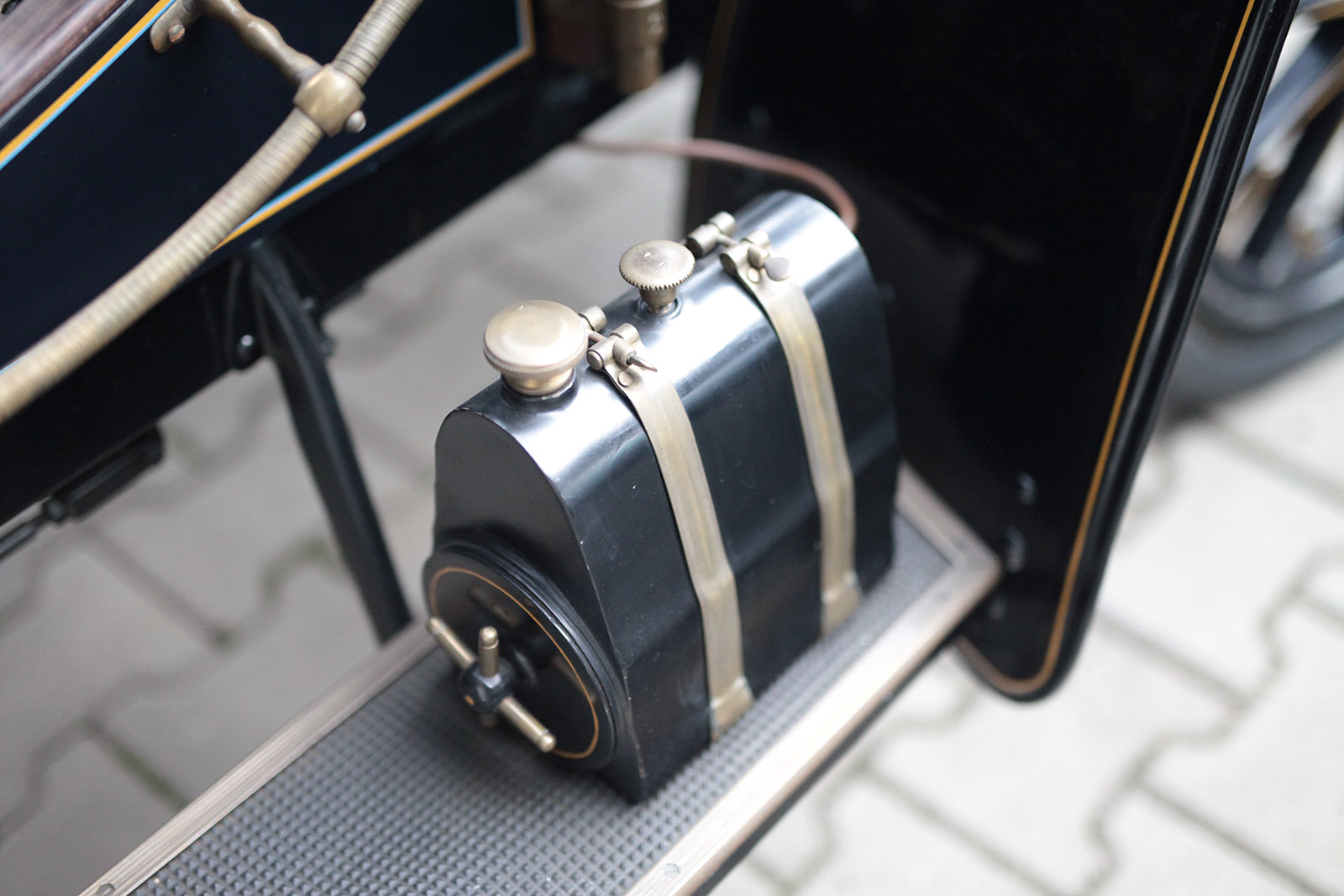 A tiny production. Adler is a German automobile manufacturer founded in 1886 in Frankfurt am Main by Heinrich Kleyer, initially with bicycle production. It then expanded to motorcycles in 1899 and to the automobile in 1900, until 1939. In 1905 the marque was the first in Germany to design and manufacture all vehicle parts in-house; among the mechanical innovations of the time, they adopted independent suspension and produced engines and gearboxes as a single casting. This example seems to be the best of the three known survivors of its kind, with a documented and comprehensive photographic history of its life. The sister vehicles are both in Germany, one in private hands in Berlin and the other in the Traffic Museum Karlsruhe. It is believed that 25 examples were originally produced. “The Italian” one (engine nr. 112), which is now into the hands of its sixt owner, is so well regarded that it won many awards and accolades in Italy when exhibited by the restorer. Among them was a plate from the Austrian Automobile Club, the ÖAMTC (see picture). They might have felt a familiarity with the car and not only for speaking the same language as the manufacturer, but also in their emblem being an eagle – the same fascinating bird of prey which in German translates as “Adler”. 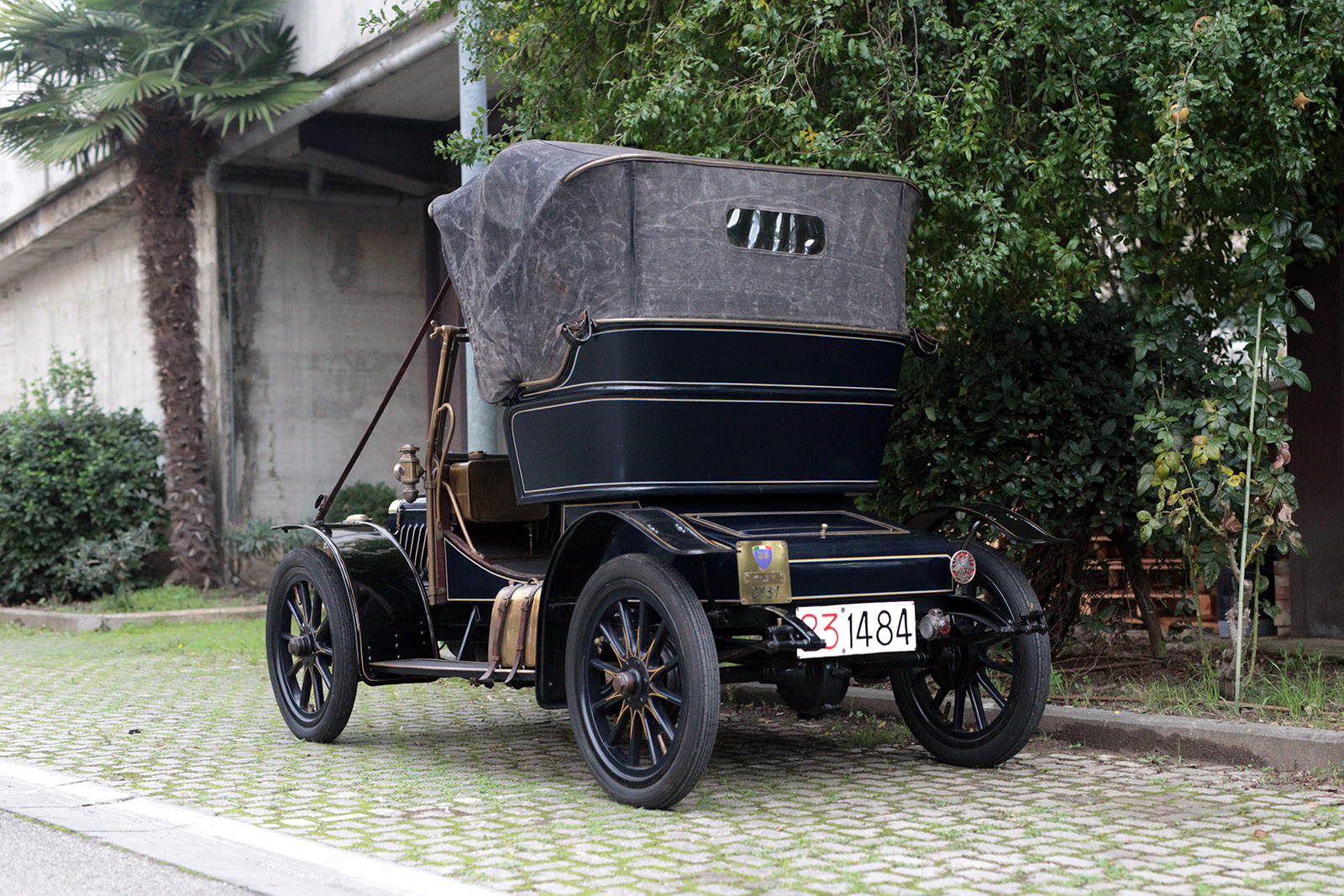